Oh Tokyo, how I adore you. So many weird and wacky things come out of this city, it really is something to cherish. One event that always delivers with some wild designs is the Tokyo Motor Show, and this year was no different.

This year Yamaha utilized the Tokyo Motor Show release one of the weirdest vehicles I have ever seen. It’s called the Yamaha Niken, and it’s the strangest tilting trike to ever come from Japan. One of the things that makes it such a shock is the fact that it’s billed as a ‘Performance multi-wheeler.’ Strange times, my friends. But can something like a leaning three-wheeler actually be considered cool? If anyone can do it, it just might be Yamaha.

As you can tell from the very first glance, the Niken is a strange brew. With a dual fork setup lying up front, the Niken wields two 15-inch wheels, each housing a single rotor disc brake. From the front, the Niken resembles a transformer that got caught changing between forms. It’s an assault on the senses, with your brain left frantically trying to figure out what is going on. The front wheels are mounted inboard of the forks, with each wearing its own matching fender. When you move up there is a full fairing, with headlights that resemble something designed by Kawasaki, not Yamaha. And yet from the rear, the Niken looks quite good. The tail section isn’t excessively radical, and would easily fit in with the new crop of motorcycles popping up as of late. The package may be new, but the guts look surprisingly familiar.

The Niken is powered by the same 847cc triple that has made the MT-09(FZ-09 here in the states) a smashing success. That gives the Niken 115hp and a fair shake of 65lb-ft of torque. It also appears as if the Niken shares the same rear swing arm as the MT series, although that this is all speculation at this point. Basically, the Niken looks like a Piaggio MP3 on steroids, and it has the drive train to back it up. The real questions coming from the rest of the world is how in the hell will this thing handle. And more than that, who will buy one!?

Yamaha sounds quite confident in the Nikens handling, with the press release saying, “This large-displacement Leaning Multi-Wheeler (LMW) is powered by a liquid-cooled in-line 3-cylinder engine. This model is equipped with LMW technology to reduce the effects of changing ride environments and to deliver a high feeling of stability when cornering. It achieves excellent performance for spirited and sporty riding on various road surfaces and the capability to freely carve through the continuous corners of winding roads.”

Well… yeah. I mean, they did double the contact patch on the front end. If that doesn’t promote a ‘high feeling of stability’ I’m not really sure what would. Even still, there are a lot of questions left over. Personally, I’m curious how much lean can you really get out of this setup? I have a feeling it’s not as much as we would like to hear. But I also have a hunch it’s likely a few degrees more than most riders get on their sportbikes, whether they will admit it or not. The other question is what kind of electronics package will the Niken have? With the right combination of rider ‘aids’, the Niken may be the type of machine that can make a zero feel like a hero. And that may be exactly what Yamaha is going for.

Think about it. The guy that can already grind his knee pucks into pulp is quite unlikely to buy a bike for better ‘stability’. But those struggling with the standard motorcycling experience may find solace in what the Niken delivers. More than that, there could be folks with injuries that prevent them from riding a traditional motorcycle, making the Niken a fabulous compromise. The bike is already promised for production, which means Yamaha believes there is a market. Yamaha is set to reveal more details at the upcoming EICMA show. Until then we will be stuck asking many questions.

I’m just curious if it will wheelie, and how scary that might look? 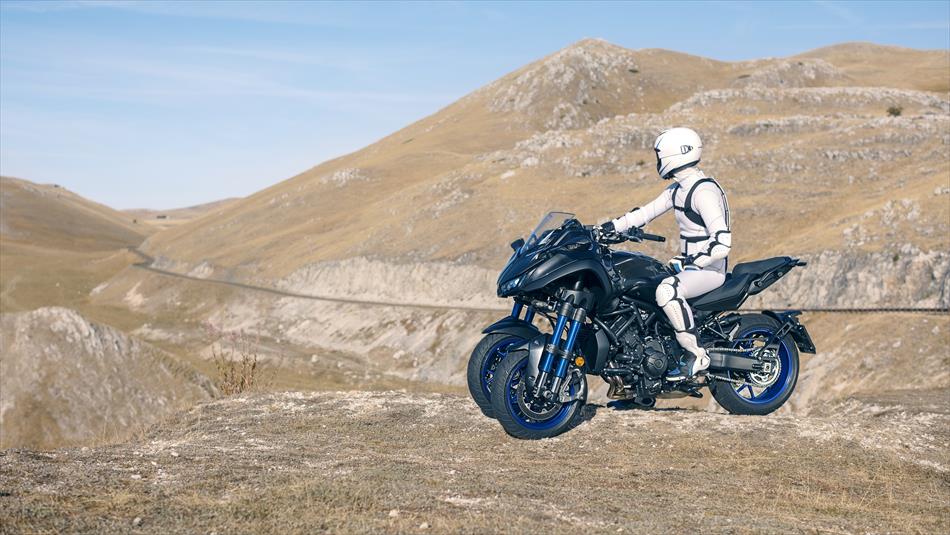 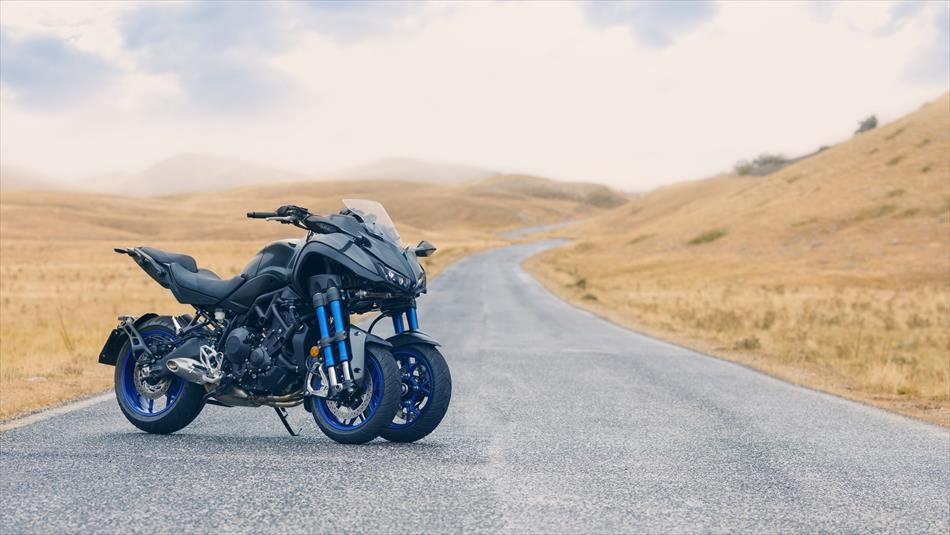 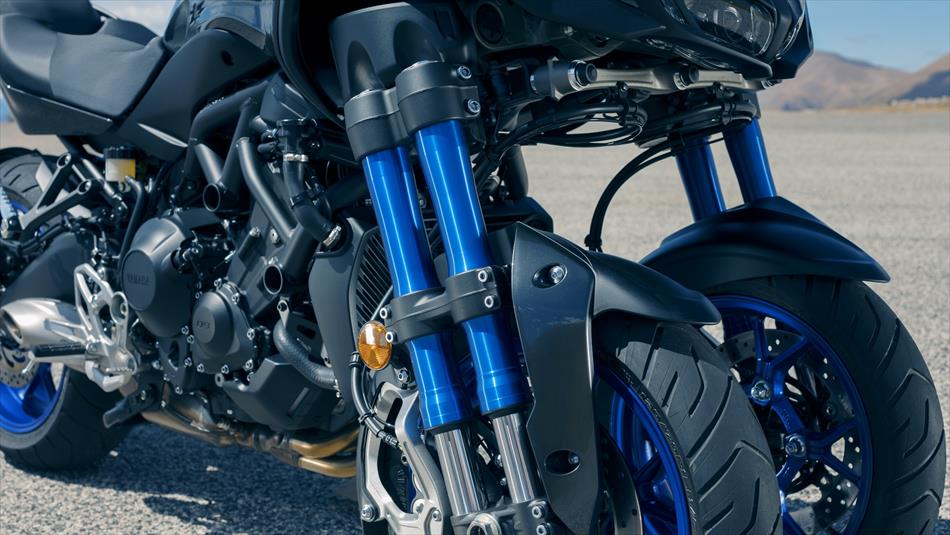 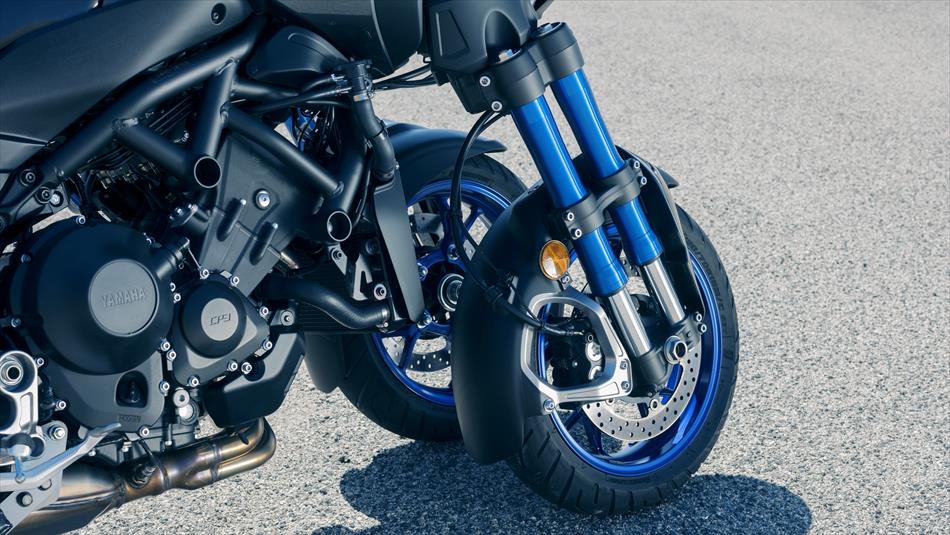 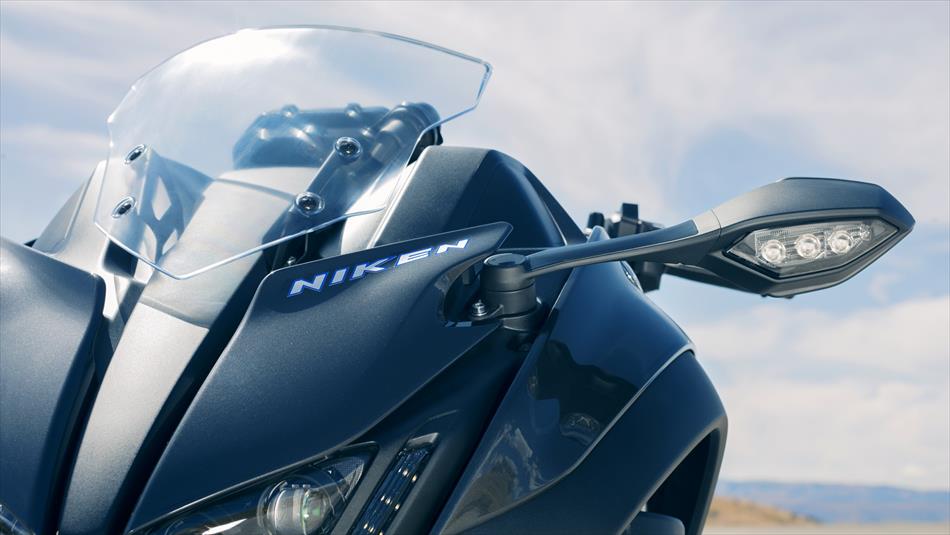 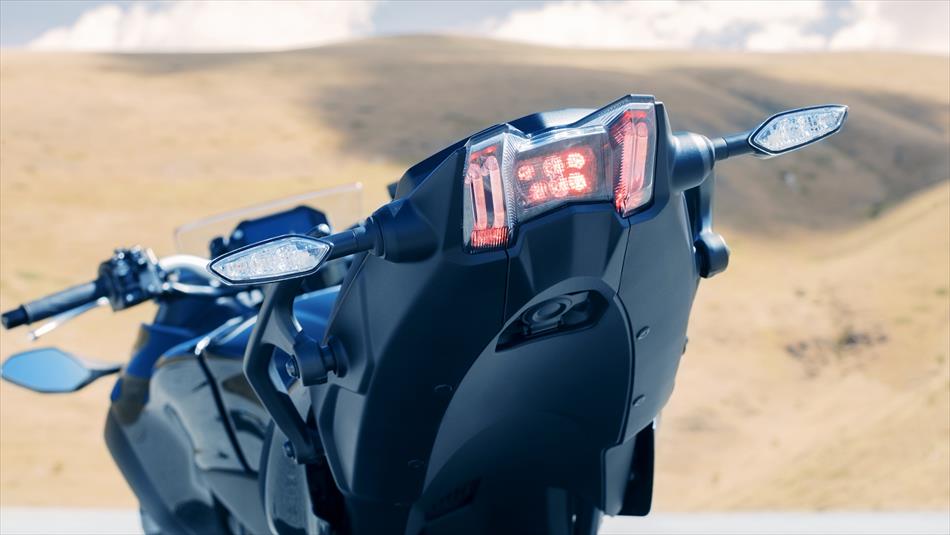 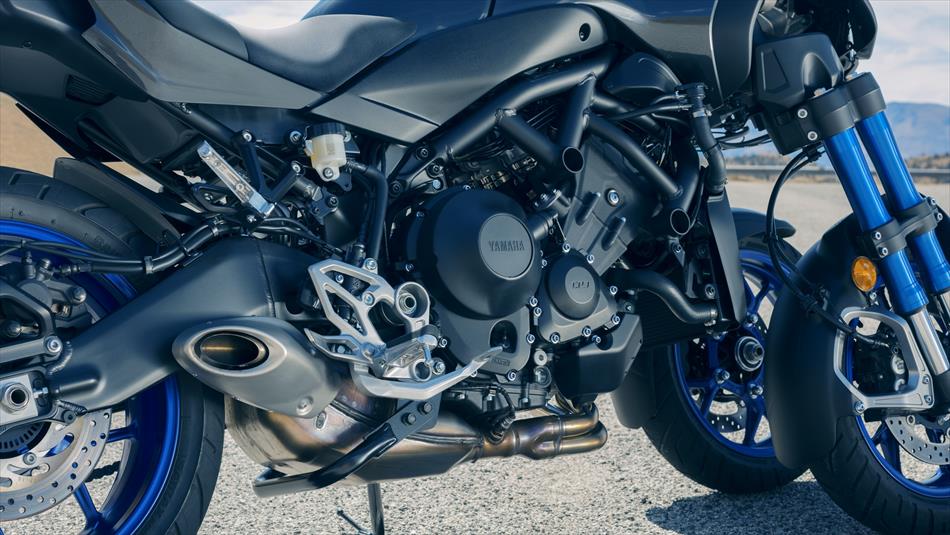 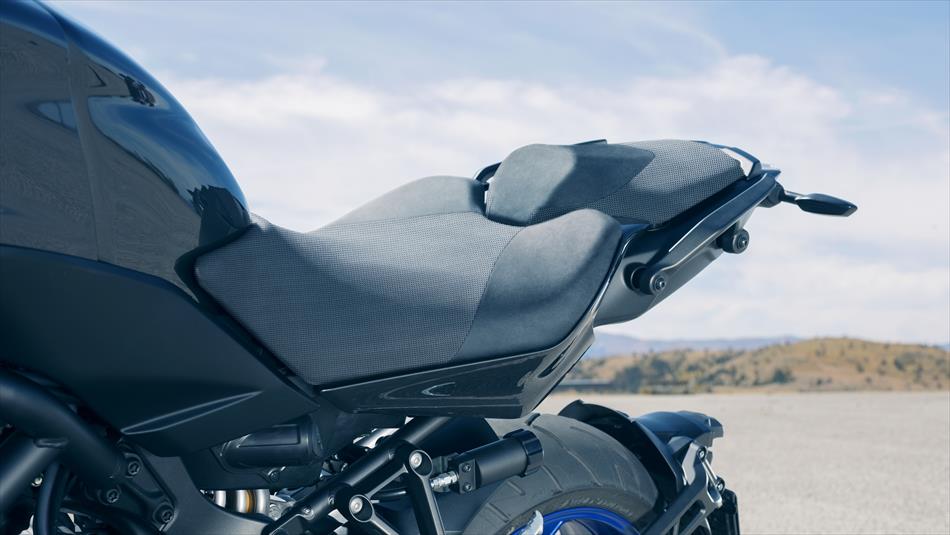 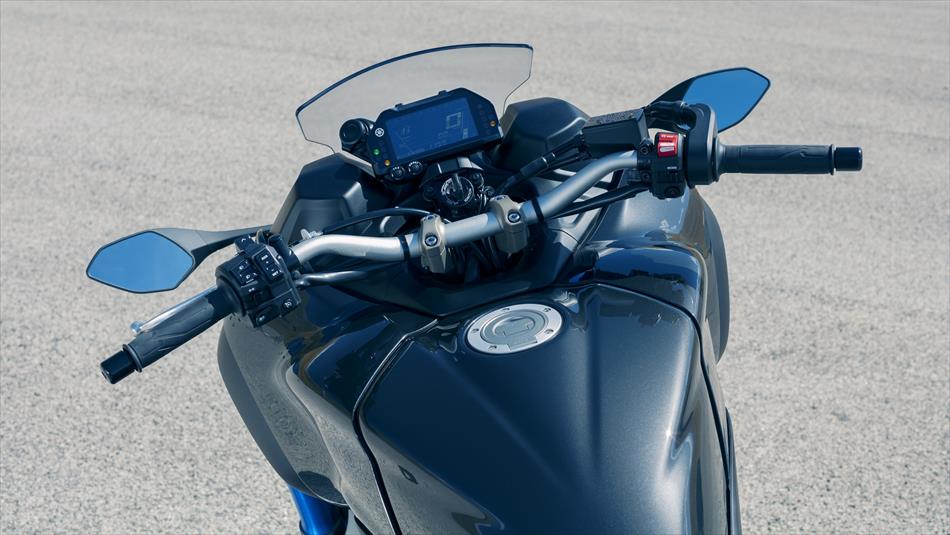 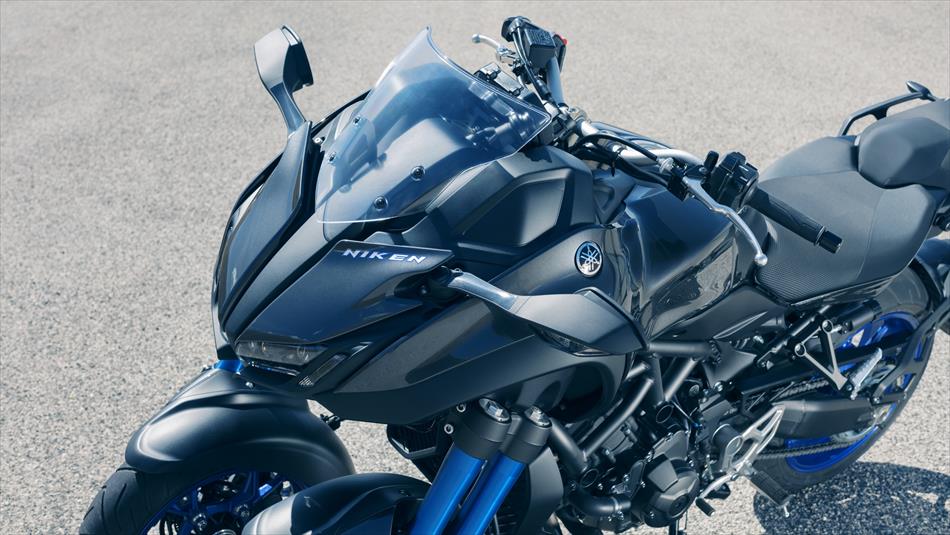 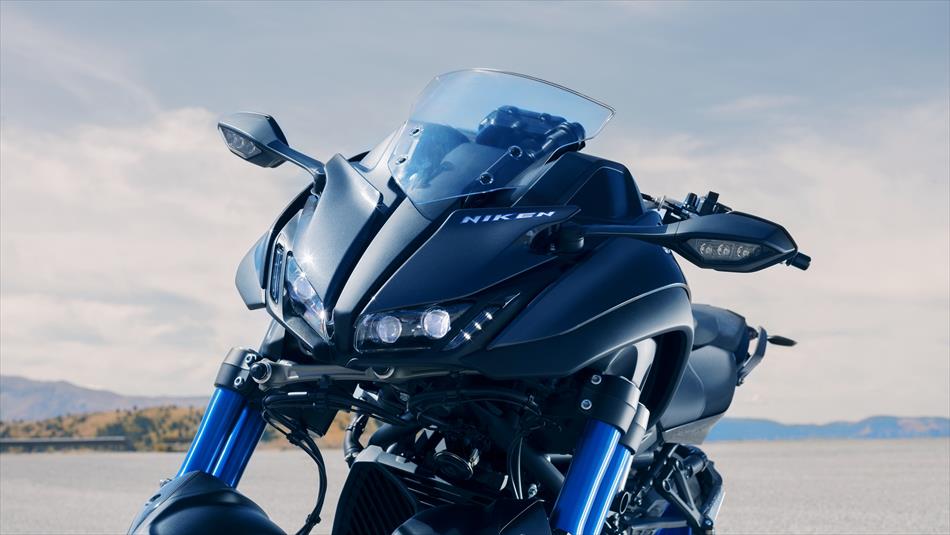 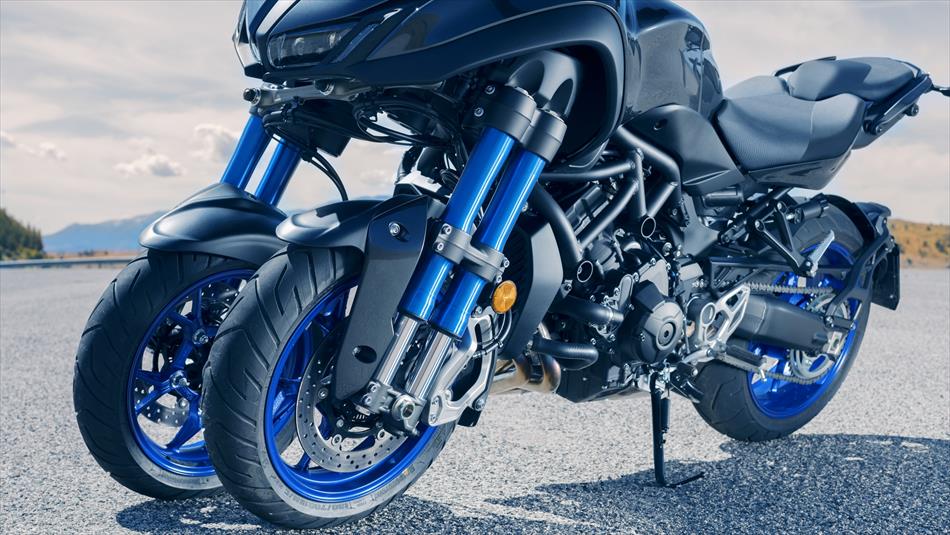 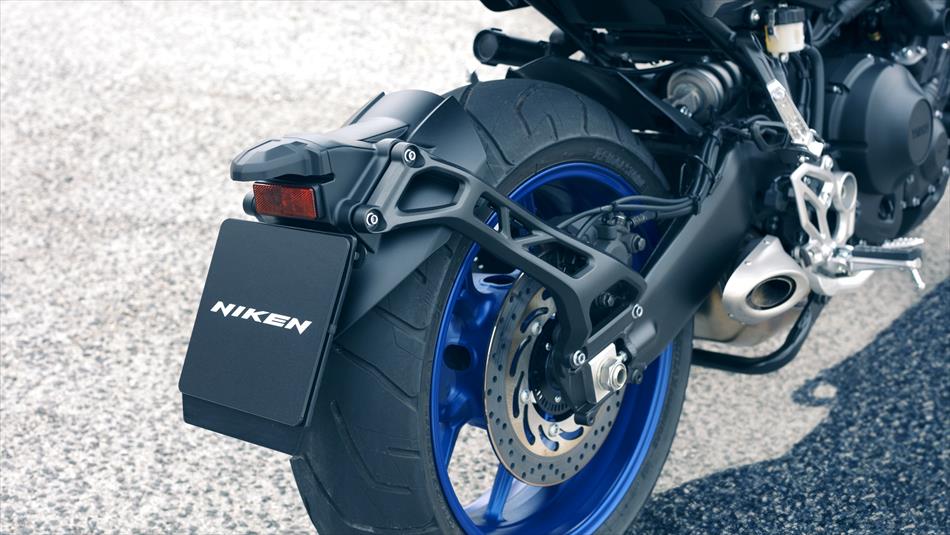 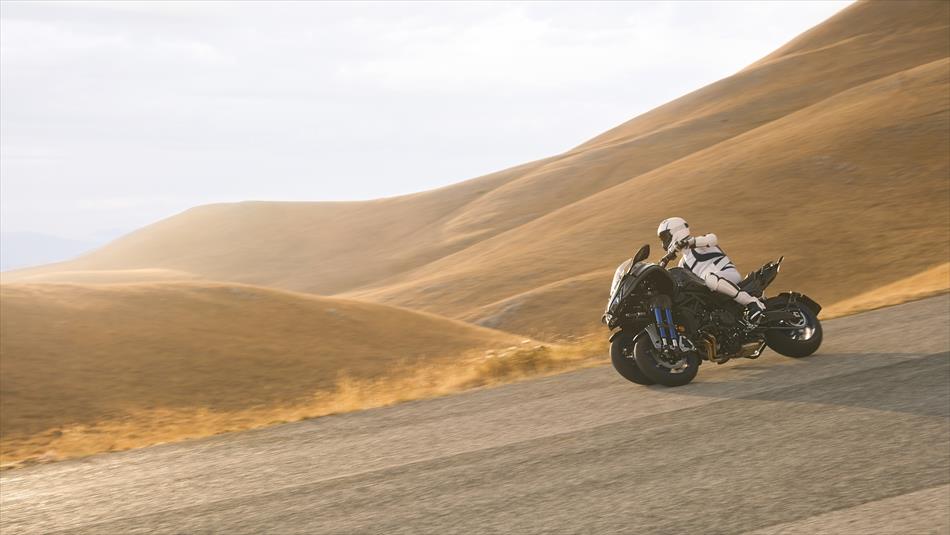 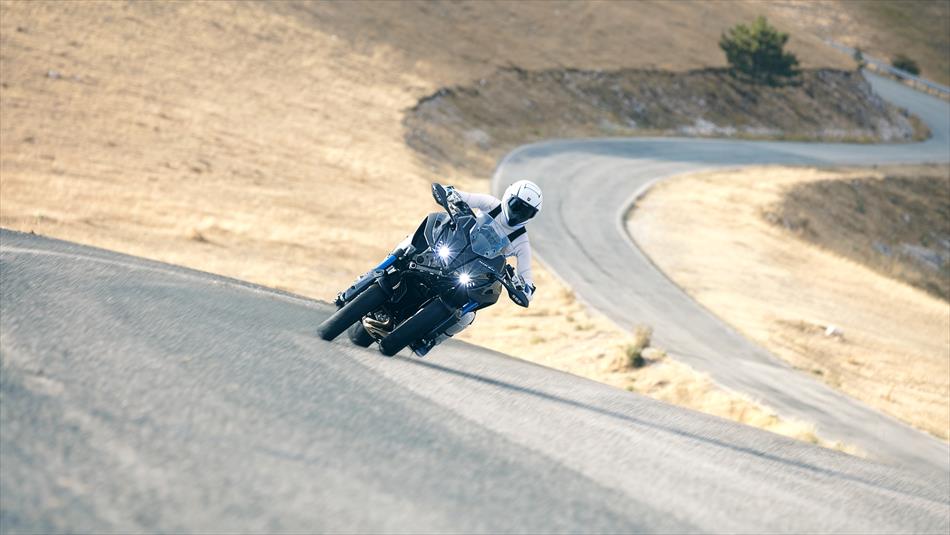 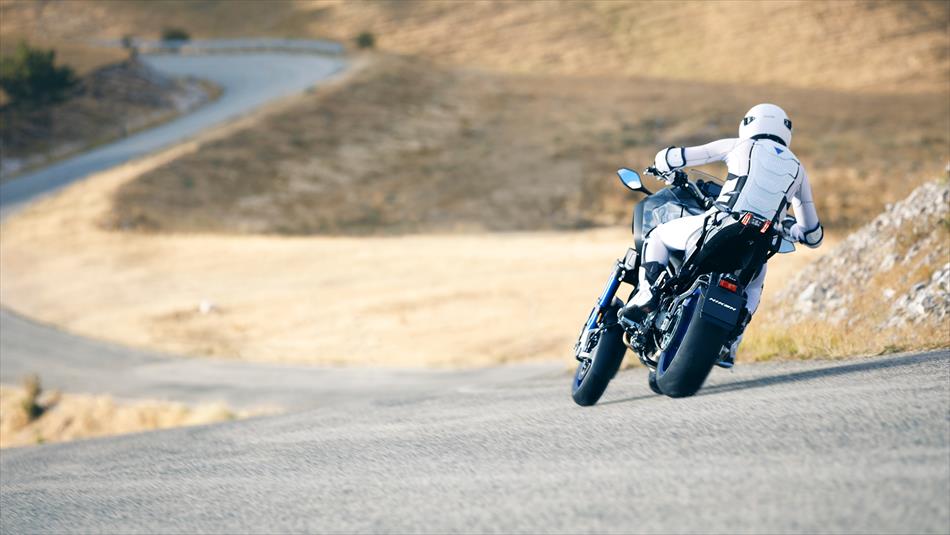 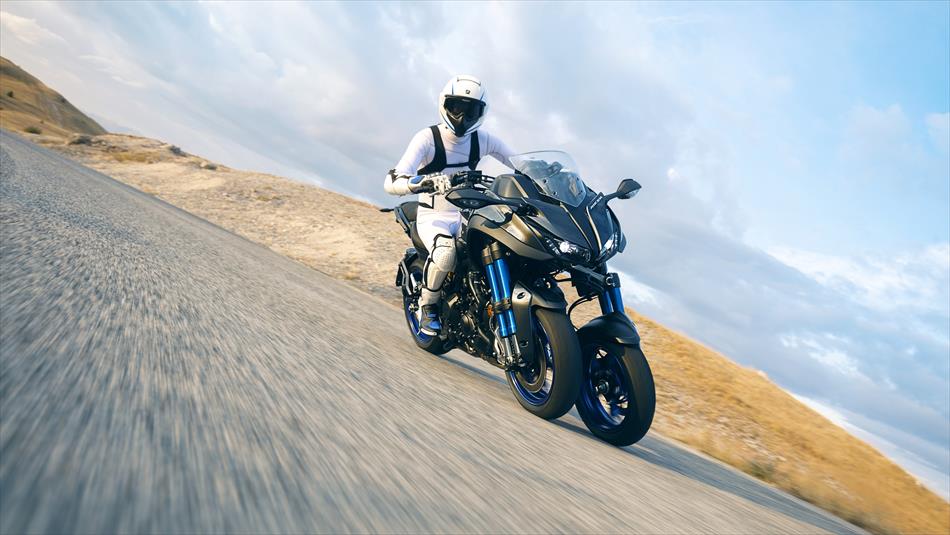 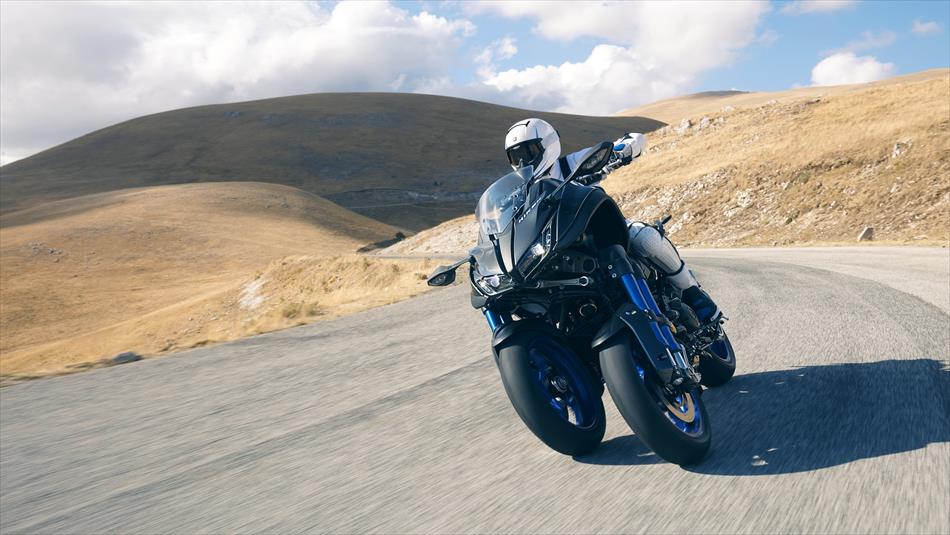