The new Ducati Scrambler has been a smashing success for the Italian brand since its introduction in 2015. In that short time it has become a fan favorite for a number of reasons. One of the fascinating aspects of the new Scrambler series is its willingness to be modified to suit its riders every need. Case in point, this beautiful creation from XTR Pepo.

Budget friendly and Ducati are two words that almost never find themselves in the same sentence. Yet Ducati created just the bike with the new Scrambler series. The low cost(for Ducati’s standards) Scrambler is a very good street bike, albeit not the best for actual scrambling. However as a custom street bike, the Scrambler makes a strong case as one of the best bang for the buck bikes currently on the market. The 803cc V-twin is an absolute gem, and the suspension is the right amount of firm yet forgiving for spirited street riding. With a starting price just under $9,000 it’s no wonder the Scrambler has taken the 2-wheeled world by storm.

And yet, what kind of world would this be if we left all of our motorcycles stock? Thankfully we have people like Pepo Rosell turning good machines into great ones so we never have to know what that world looks like. Take his Ducati Scrambler for instance; not only does it look more vintage than the new edgy scrambler design, but it also looks more like a scrambler.

Less is more is the first thing that comes to mind when looking at Pepo’s masterpiece. He deleted a lot of the edgy corners that make up the new scrambler, instead replacing them with smooth classic lines. One of the key areas he was able to do this was with the rear swing arm. Ditching the stock unit, Pepo replaced it with the swing arm from a Ducati Sport Classic. In case you don’t already know, the Sport Classic is one of Ducati’s ultimate creations based off the legendary 750GT. Every piece of the Sport Classic was near perfect, making it the perfect bike to steal parts from. With the addition of the new swing arm, Pepo had to fabricate a new suspension linkage, masterfully doing so with a cantilever shock conversion.

The tank was swapped in favor of a Ducati De Luxe 250. With a production year of 1962, the tank adds that much needed vintage flair that the new Scrambler is missing. Adding to the flow of this now retro Scrambler, Pepo fitted the seat from a 1970 Ossa Enduro 250. A little Spanish flair goes a long way, apparently. To make the seat work Pepo had to hand fabricate an entirely new subframe. The new subframe profile and short seat give this Scrambler an almost cafe racer look. Yet the long aluminum rear fender help rope it back into pure scrambler territory.

Fact: The number one thing people think of when the word Scrambler becomes uttered is high pipes. Okay, I made that fact up, but it’s more about the point I’m trying to make. It’s a staple to all great scramblers. It’s also what the new scramblers are missing most. And yes, I’m aware the original Ducati Scrambler from way back when had a low slung pipe similar to the one we see today. It still doesn’t count. High pipes for the win! Pepo’s choice to have a high pipe built with a matching Termignoni muffler is just what this build needed, adding some pop to the right side of the machine. On the left, Pepo used a well placed oval number plate to mask the once exposed rear shock. This gave balance to the Scrambler without mimicking each side.

Pepo added a handful of other carefully crafted pieces, like a proprietary headlight and turn signals. The beauty of it all is how factory the bike looks. And that’s a compliment. Truly, this bike looks like it could have rolled out of Borgo Panigale plant in Italy in this exact trim, and not a single person would bat an eyelash at it. Everything down to the tire choice is what I would consider perfect. After all the stock scrambler suspension isn’t the most off-road capable, making the selection of lightly knobbed tires much better than those we typically see on scrambler builds.

I can’t think of a single thing to nitpick on his build, and that is rare for me. I was already coming around to the idea regarding how good of a street bike the Scrambler can be, and now with one this gorgeous I can only daydream about riding it long into the night. Although I don’t know if I could, it would be hard to stop staring at it long enough get going. And that my friends, is the sign of a truly great looking motorcycle. 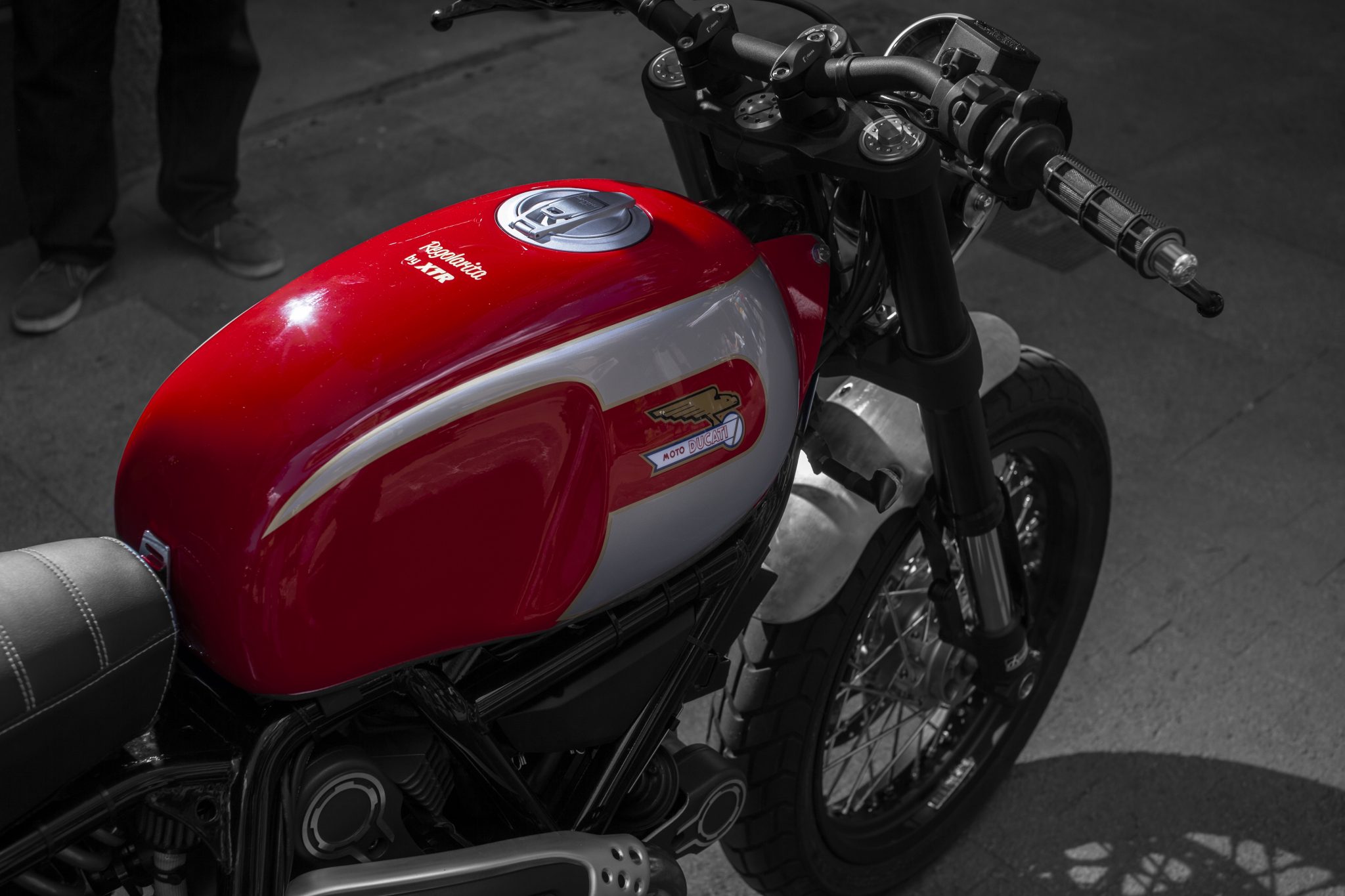 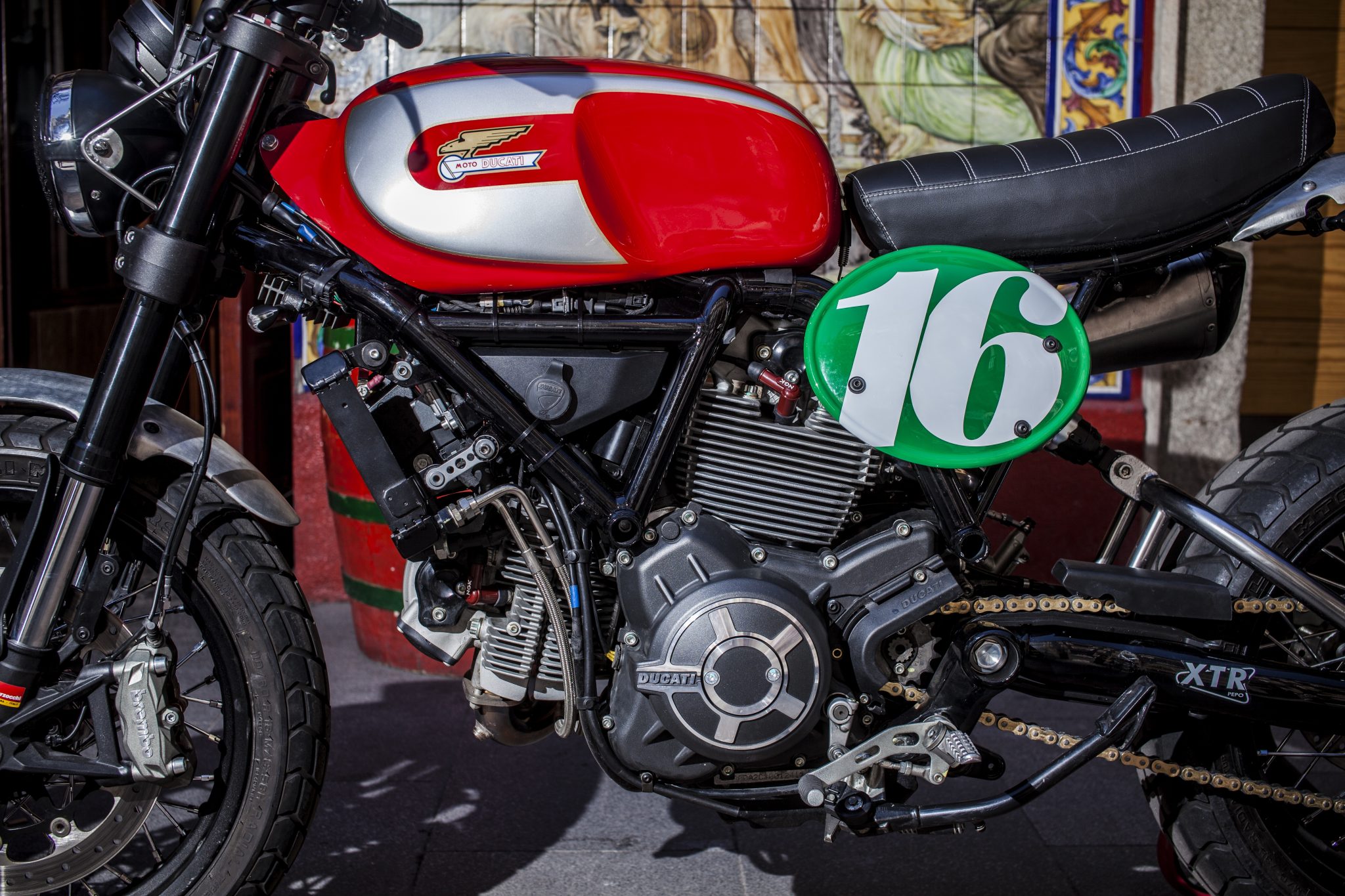 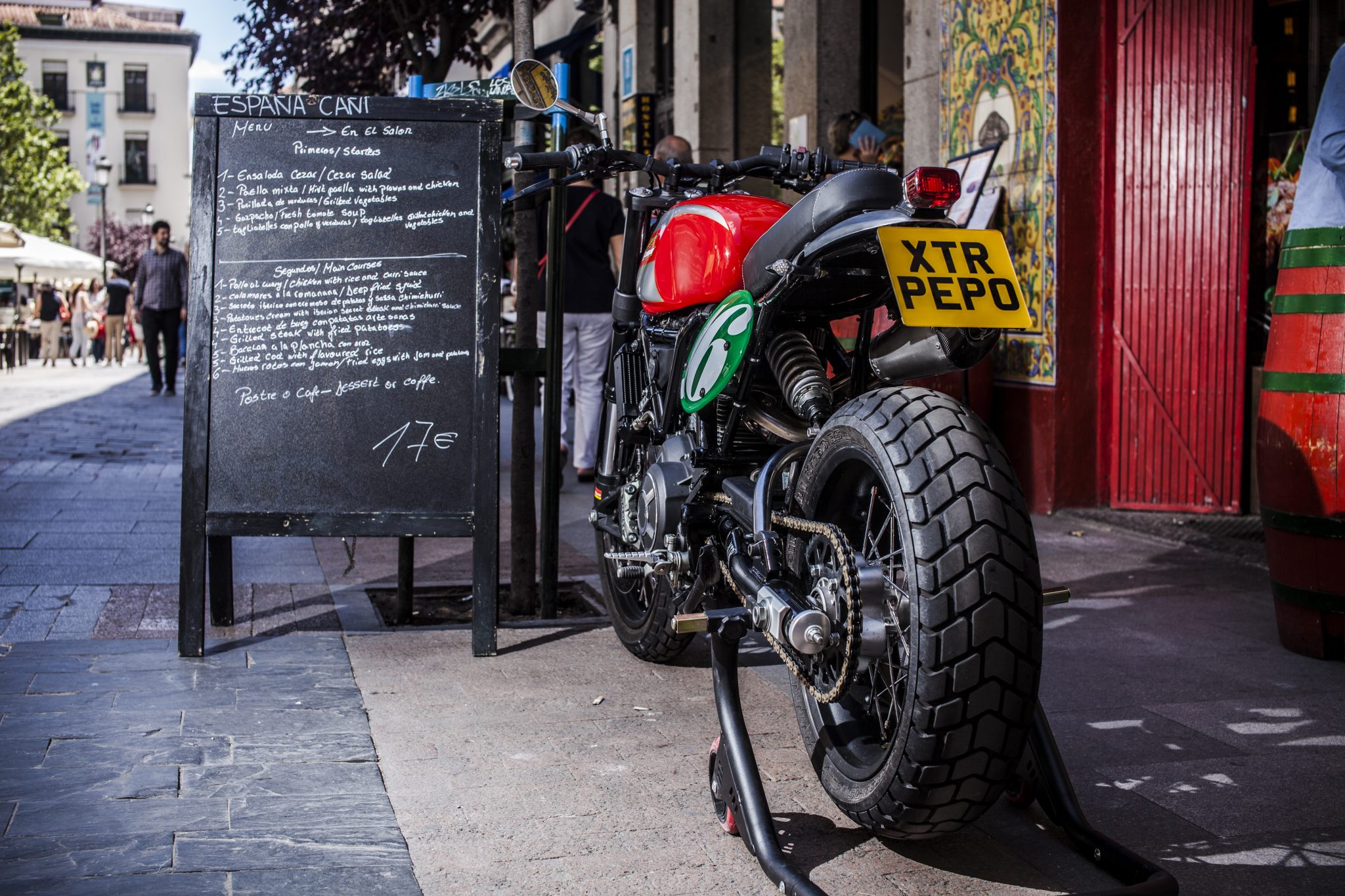 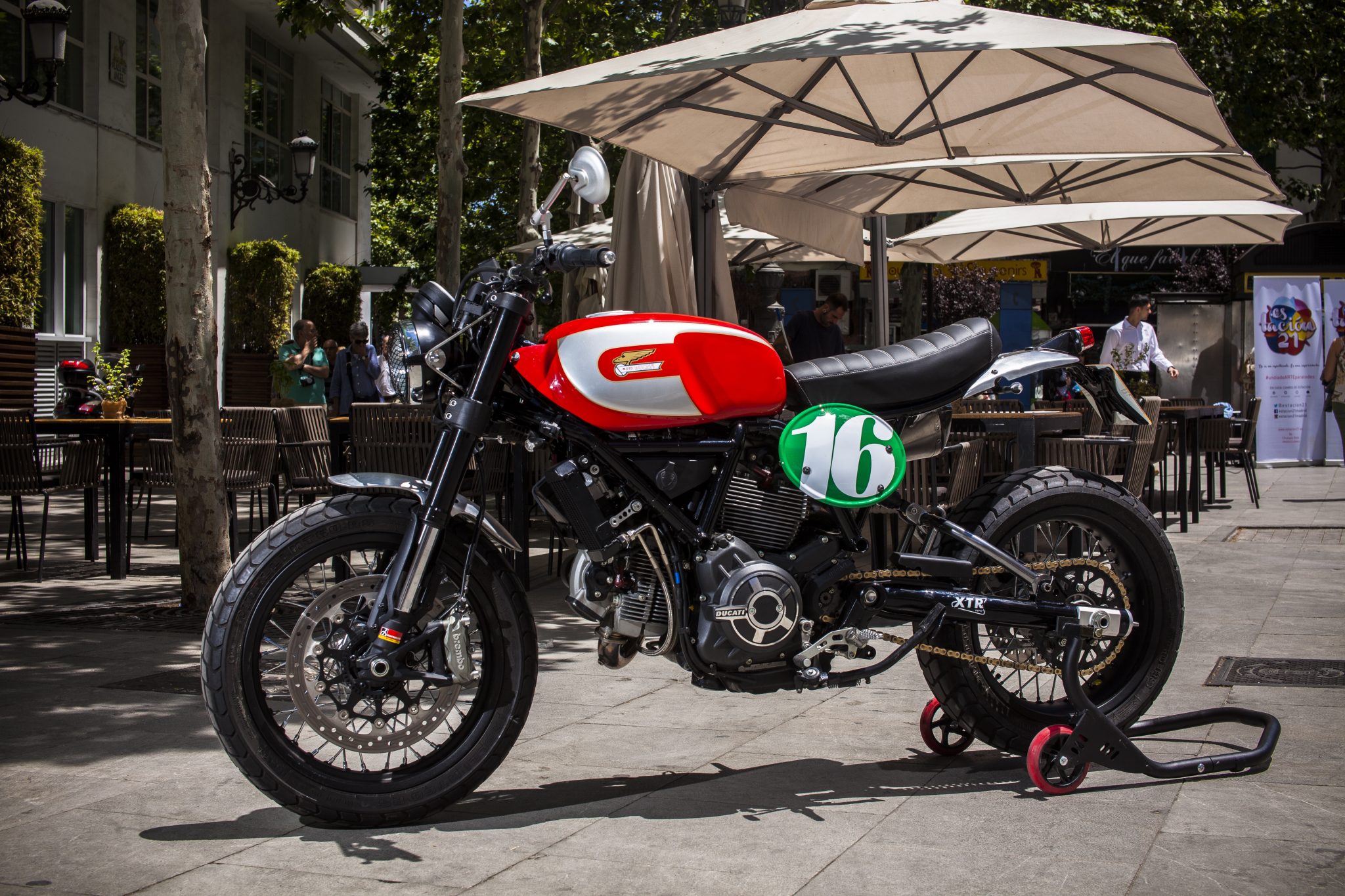 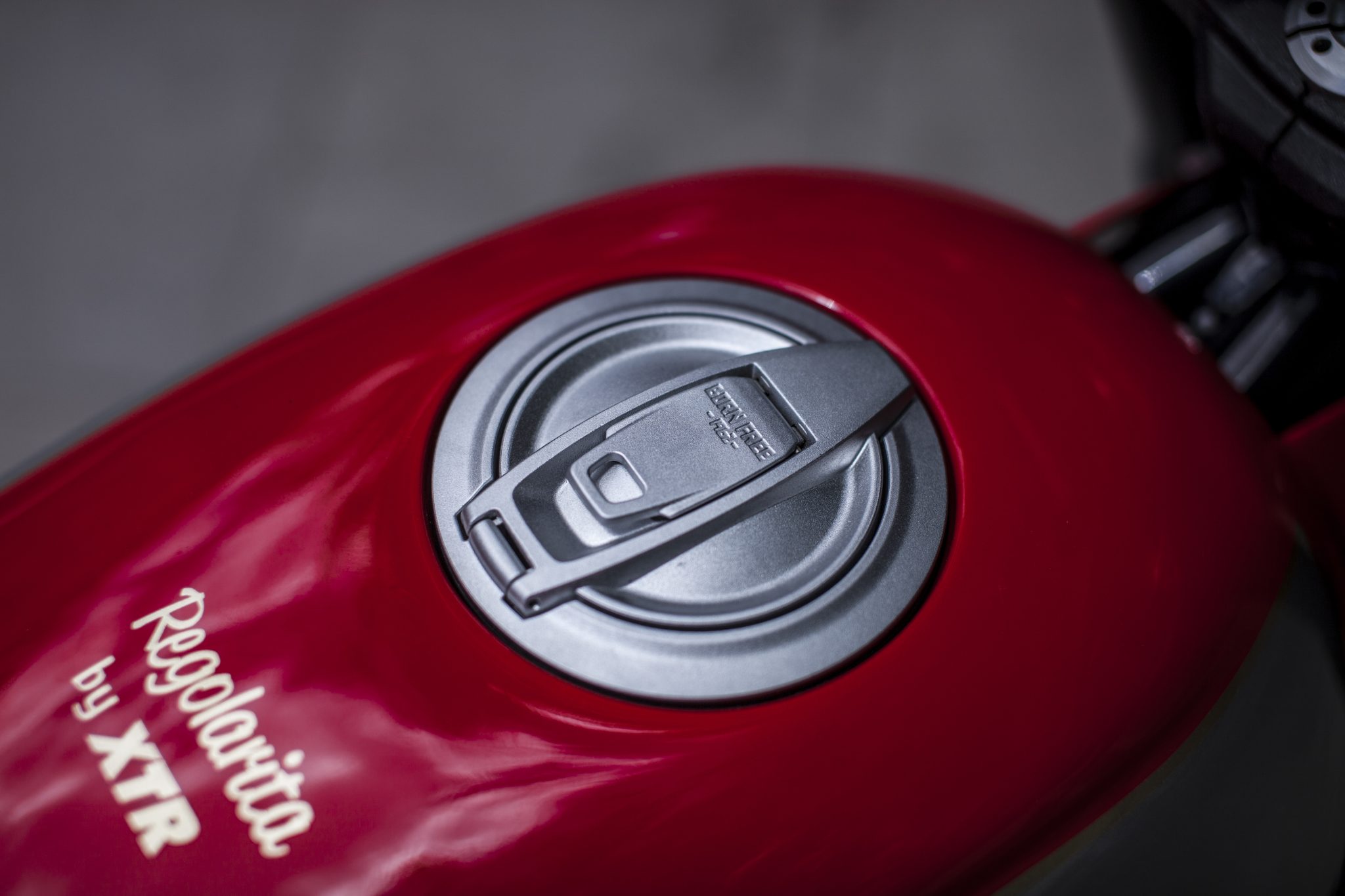 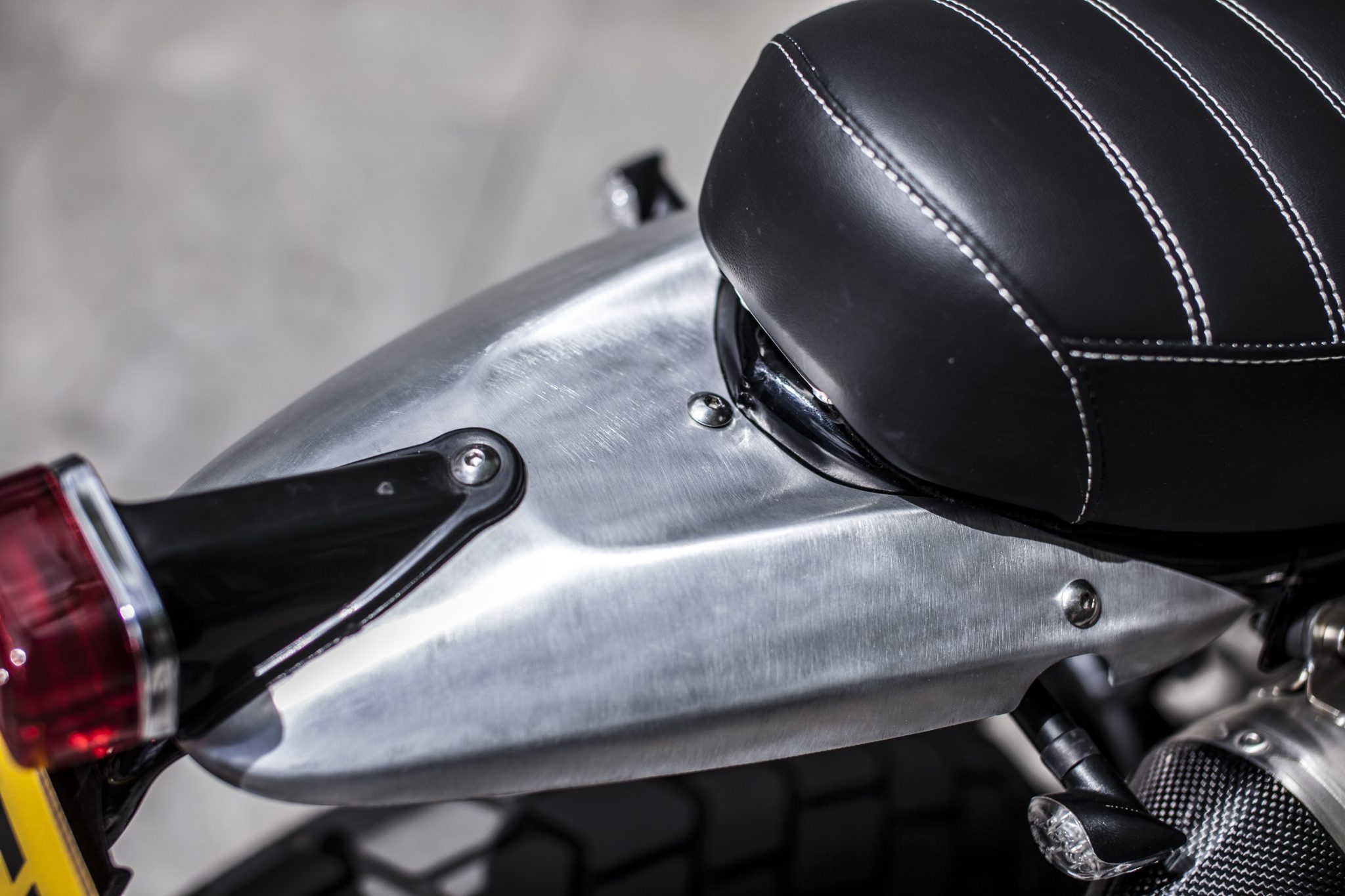 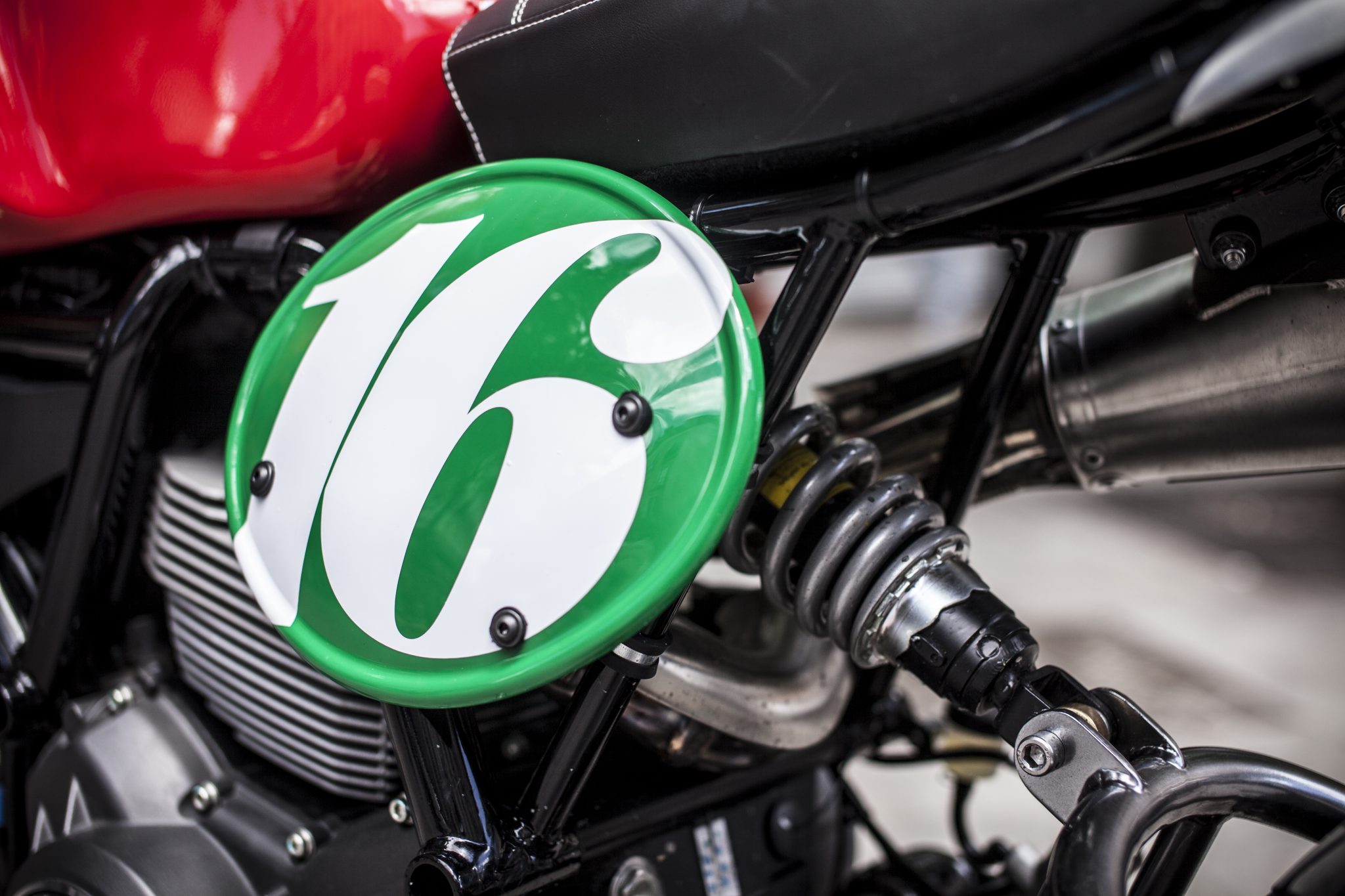 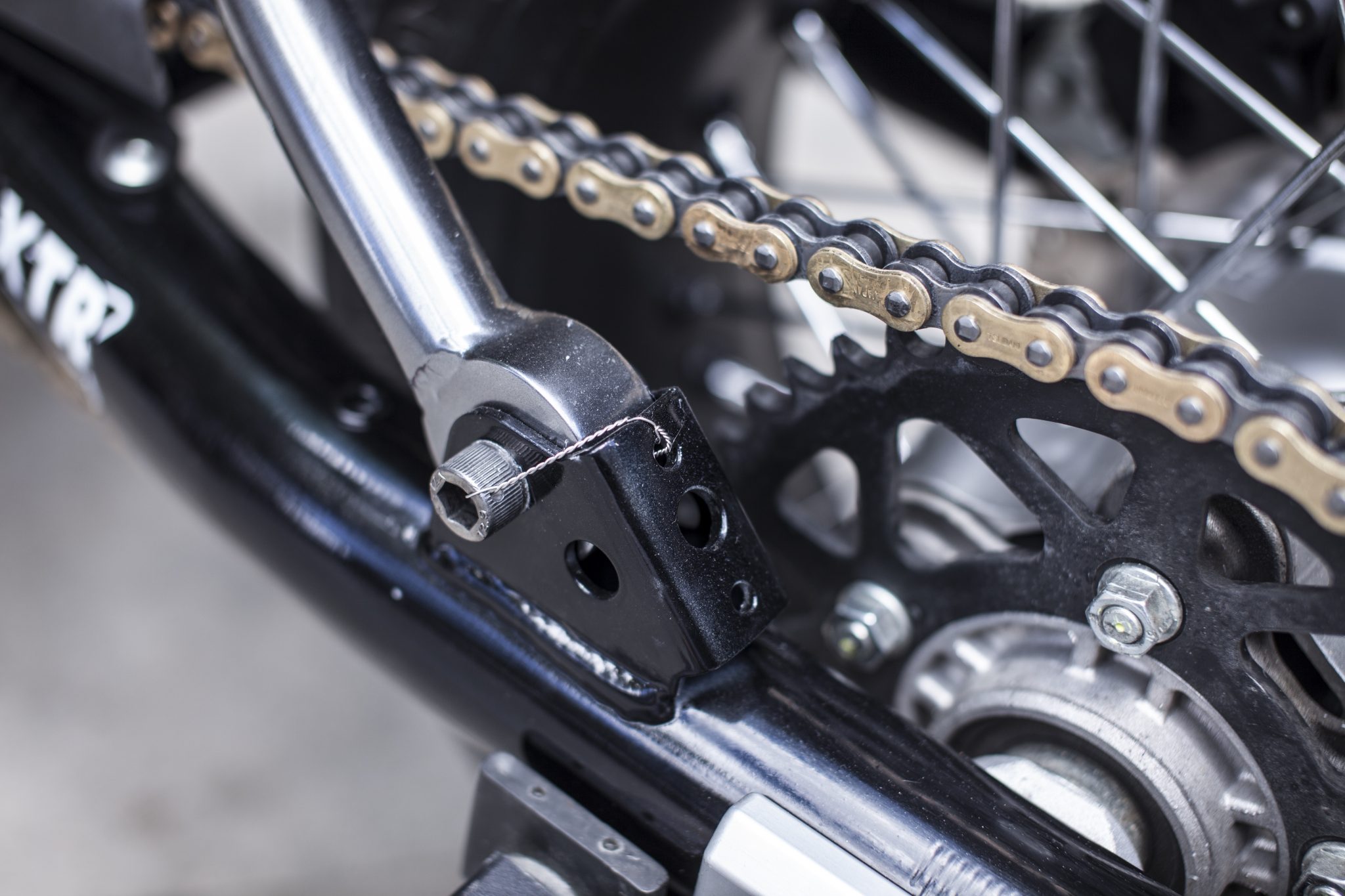