A motorcycle without a set of forks is an odd looking device. While hub-steering motorcycles aren’t exactly ‘groundbreaking’ anymore, they certainly still look the part. Everything about the design is futuristic, giving you the idea that it’s going to be the next big thing. Honestly, I don’t think forks as we know them will ever truly go away, but because of companies like VYRUS I kind of wish that wasn’t the case.

More often than not when you start talking hub-steer motorcycles the brand that comes up is Bimota. Their ‘Tesi’ design is one of the first hub-center steering motorcycles to make a massive splash in the market. Low and behold VYRUS was well involved in that project, before moving on to their own endeavors. Now VYRUS is building their own machines, and they are just as spectacular if not more than their Bimota relatives. VYRUS went on to build the 987 CV V4, which held the title of most powerful production motorcycle for a moment. Yet it’s their newest addition that is stirring the pot, all with just 600cc’s to its name.

Moto2’s regulations spec that all the machines use the exact same engine manufacturer. From the classes inception, they have used Honda’s beloved 600cc inline four, a gem of an engine. Overall the Honda engine isn’t exceptionally powerful. In all honesty, the engine isn’t exceptional in any way, it just works. It is a well-balanced platform, offering power, rideability and most importantly reliability. With an engine and transmission setup like that it’s all on the chassis manufacturer, a challenge VYRUS willingly accepted.

The VYRUS 986 M2 is the Italian boutiques answer the chassis creation. Utilizing that aforementioned hub-center-steering, the M2 is chalk full of high tech components. Technically speaking the M2 doesn’t have a frame, even though it pretty much does. What I mean is that there isn’t a tradition frame set found anywhere on this bike, nor is it assembled to use the engine as a stressed member. VYRUS instead made a type of cradle, residing just under the 600cc mill. This connects the two swing arm pivot points, while simultaneously lowering the overall center of gravity.

From there a mini trellis structure is used to mount the gas tank and controls, while carbon fiber finishes off the rest of the structures. The suspension design allows for the same YSS shocks front and rear, mounted horizontally, saving space and further enhancing weight distribution. To make it all work together VYRUS utilized an F1 style pushrod system, which is truly incredible considering the limited physical space. The M2 is fitted with lightweight aluminum wheels, with an oversized width up front. Because this a performance bike, Brembo’s become the go-to for stopping power.

So why the wacky design? There isn’t one set answer. Improved braking is a big one. Traditional forks dive under heavy braking. Conversely, the VYRUS allows a un-earthly level of stability while under braking, allowing the rider to dive deep into the corner, trail braking the entire way. The system also offers better front-end traction, allowing for massive corner speed. That’s why VYRUS fit a wider front wheel, giving a bigger contact patch to exploit this advantage. Then you also get the fact that the M2 has a wheelbase roughly the size of the old 125 two-strokes, aka really short. On a traditional bike this would result in an excessively twitchy ride, but the VYRUS manages to be stable at speed and extremely agile during transitions.

The only real drawback to the design is the fact that it is still so rare. It’s unconventional, making it hard to find a market. This makes it more expensive than even the best Öhlins front end, a major drawback when you consider how good those forks are. That rare factor also affects the ride of the VYRUS. Reports claim it rides unbelievable good, but every single one cites how different it is from a traditional bike. This learning curve isn’t the end of the world, but it is surely worth noting in the racing application. Then you have other little things like excessive front tire wear, thanks to that added traction.

Overall the VYRUS 986 M2 Strada is one of the coolest road going 600’s to ever come to fruition. One can only hope the idea catches on, dropping the price for a hub-center-steering bike. The M2 Strada comes in at $44,500 with a Moto2 spec engine. If you are feeling competitive the full race guise bike is $63,000 USD, sans engine. It’s too bad because I would love to get my hands on one of these 150 incredible bikes. I mean, where else can you get a Moto2 legal bike? 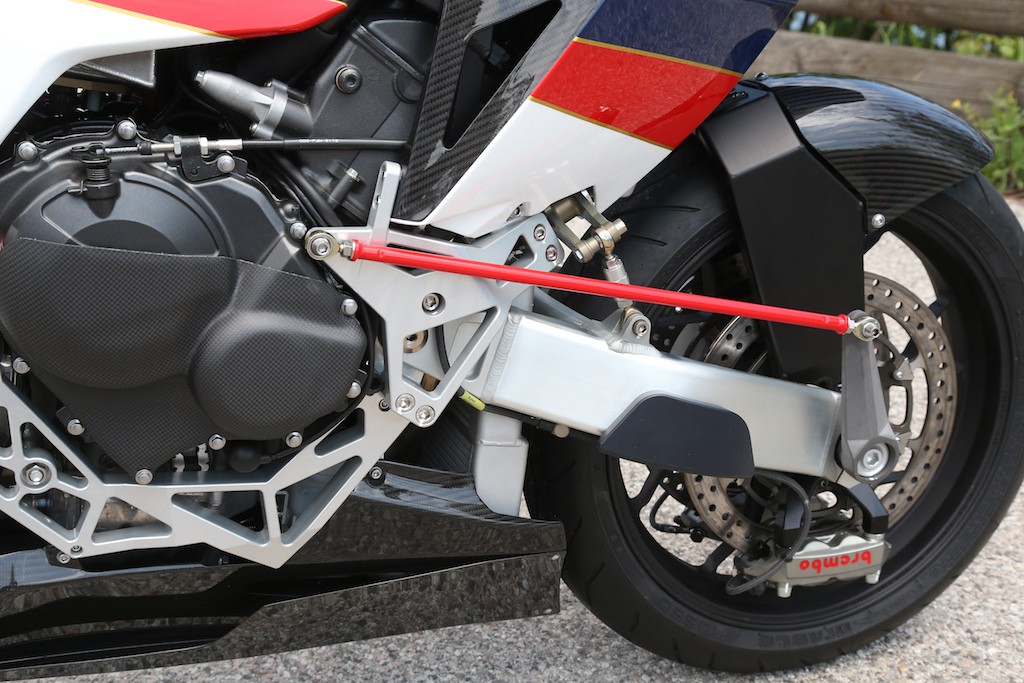 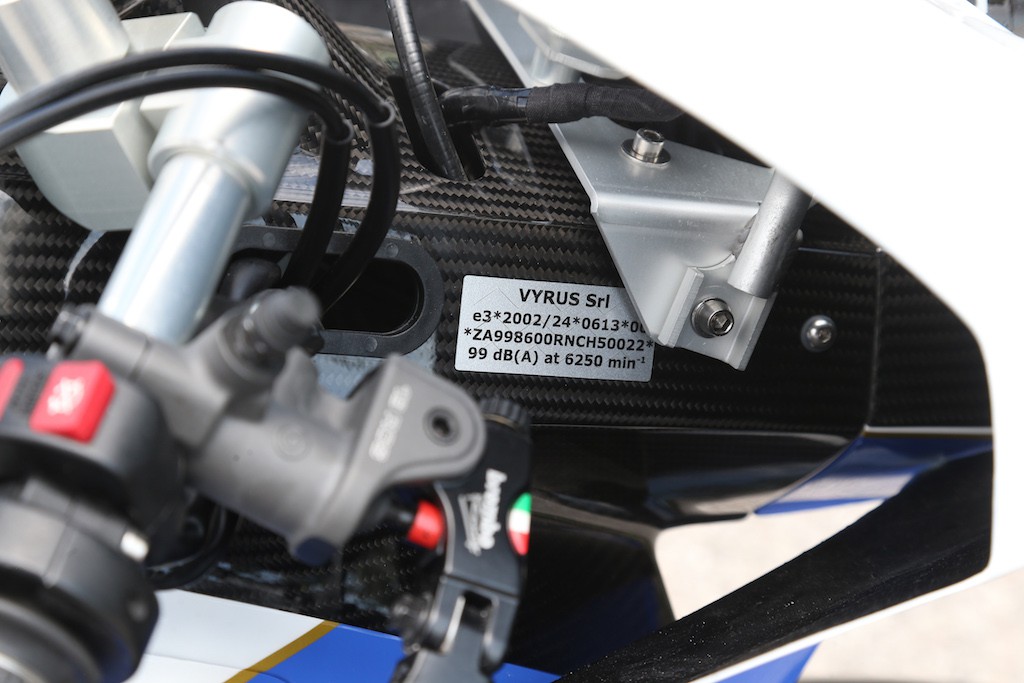 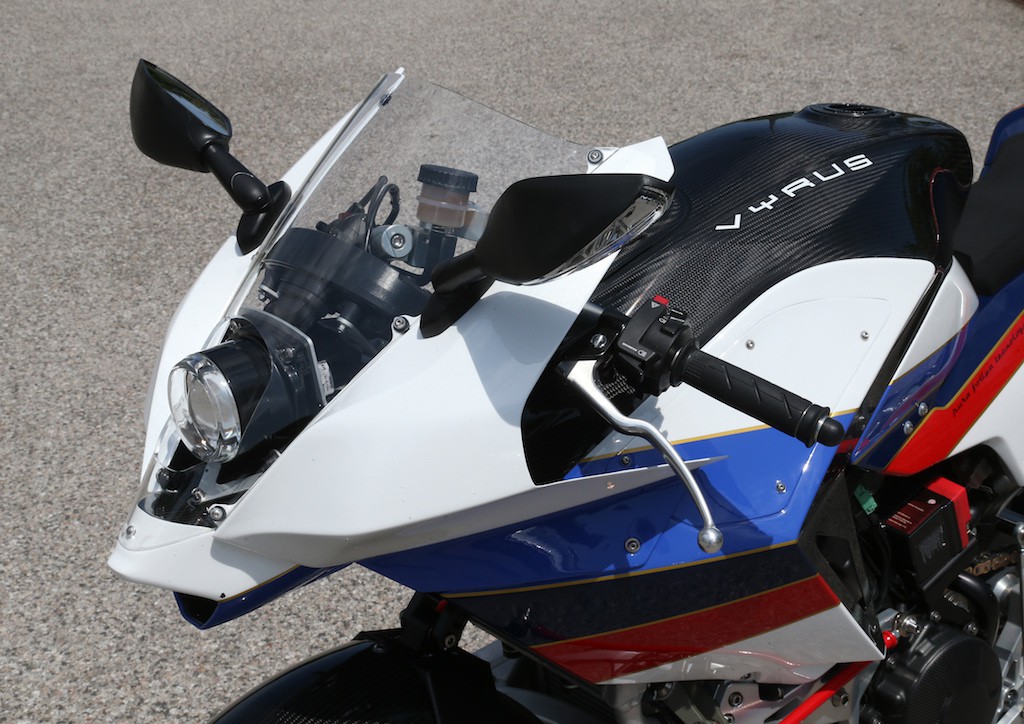 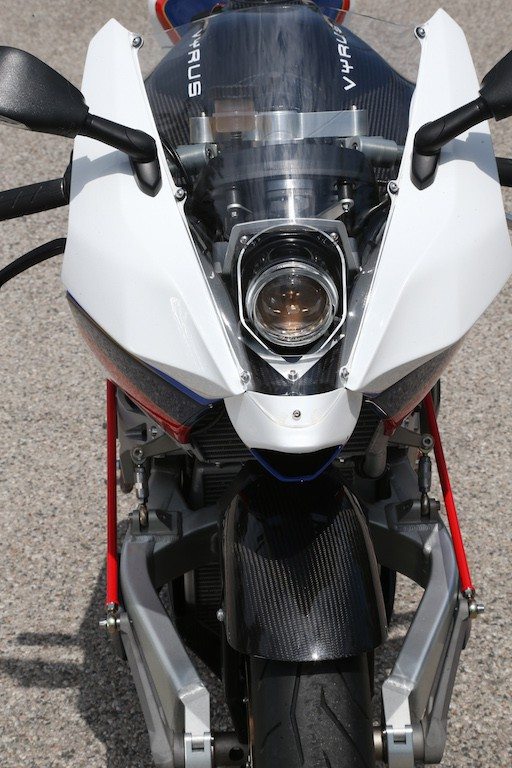 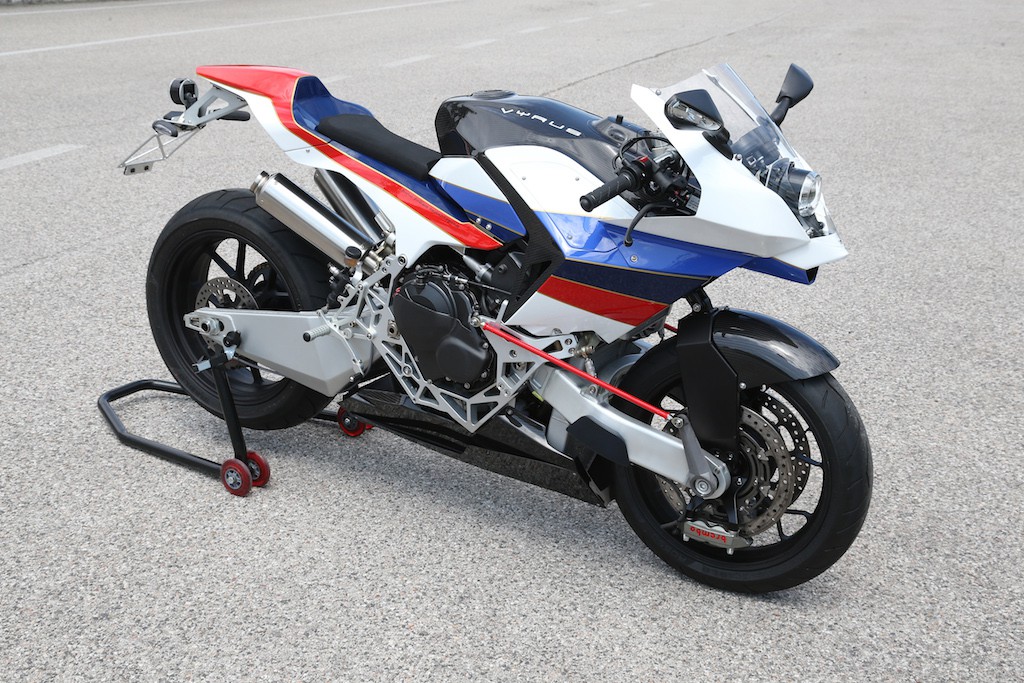 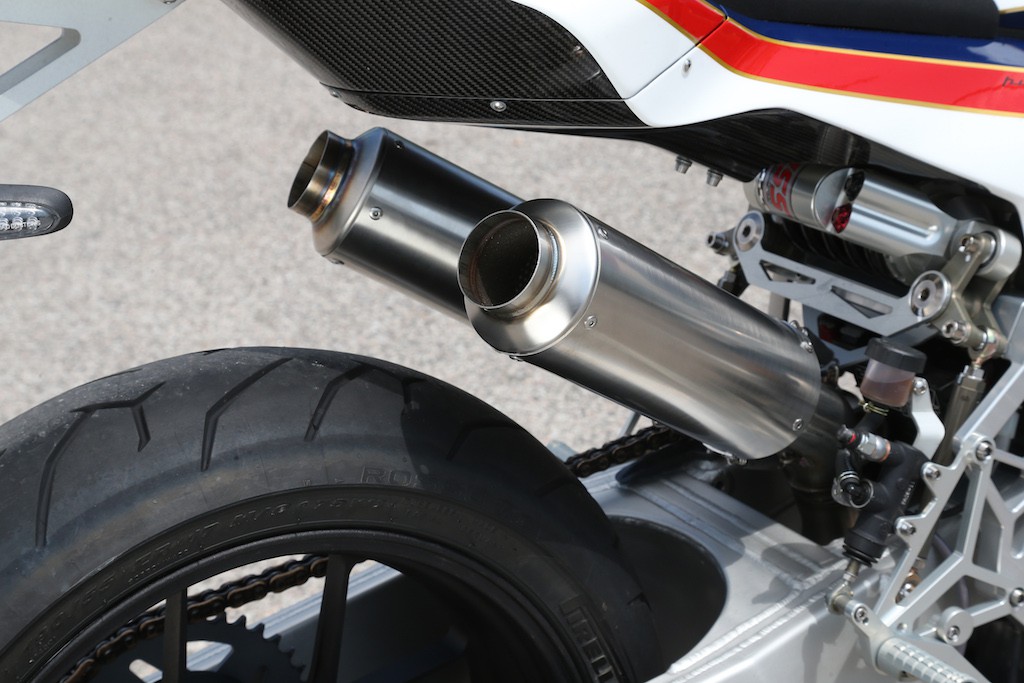 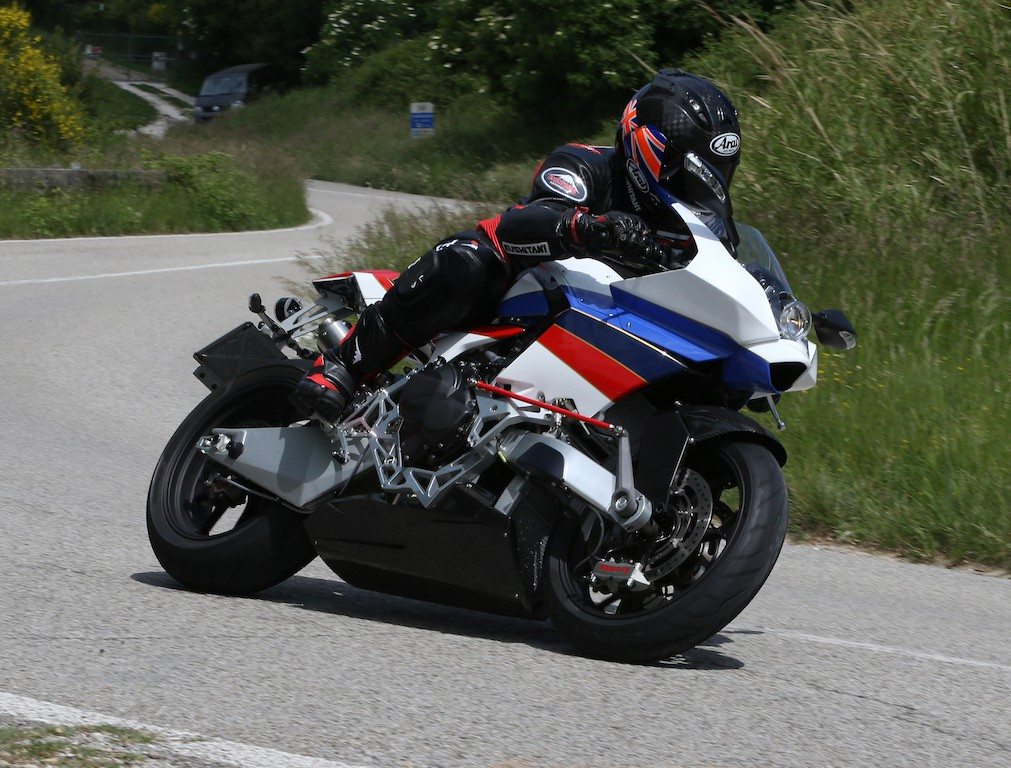 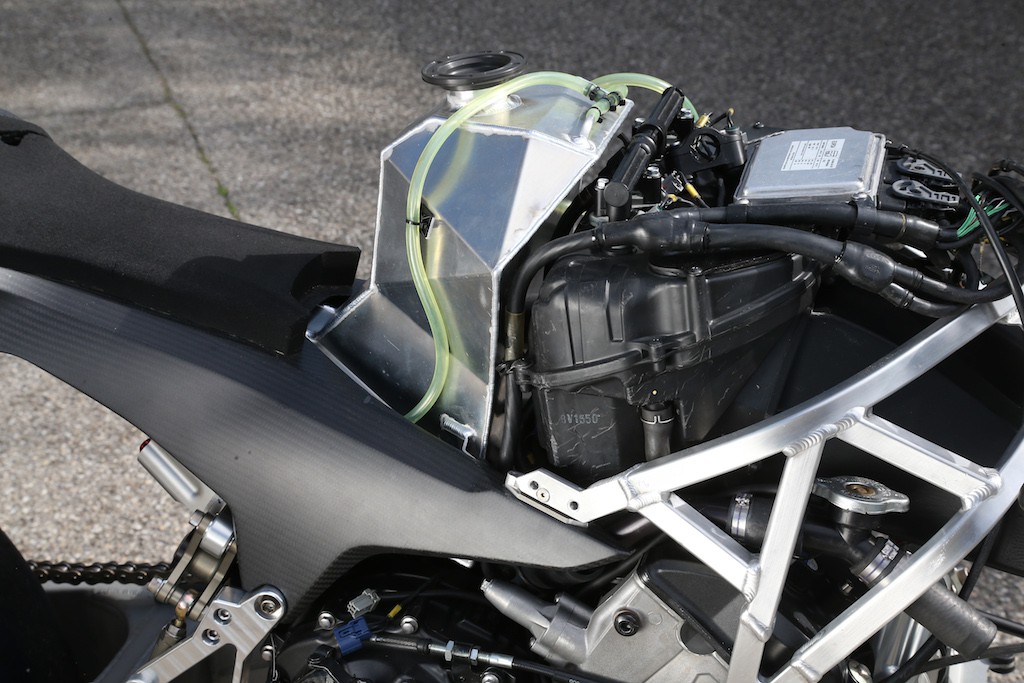 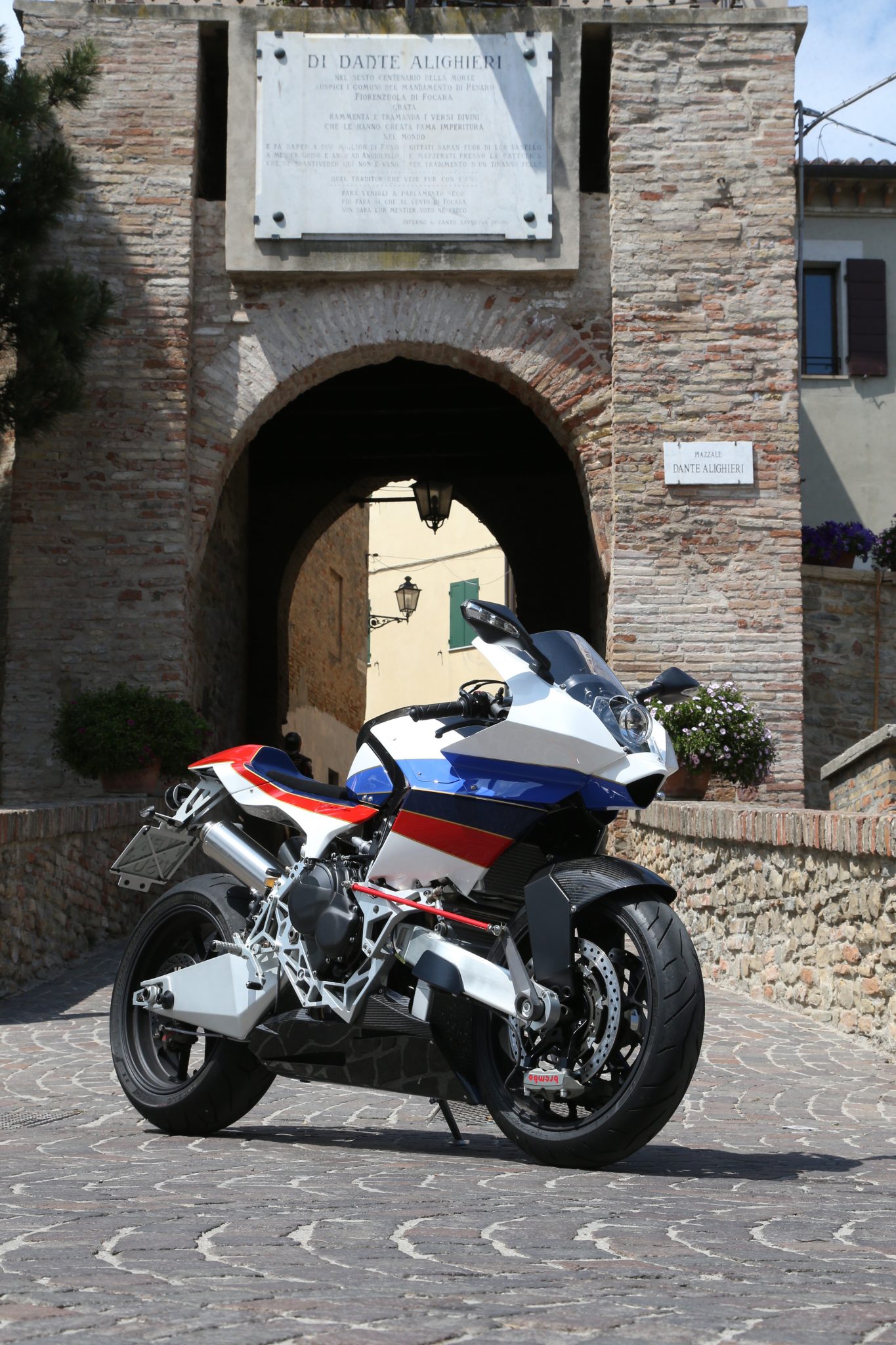 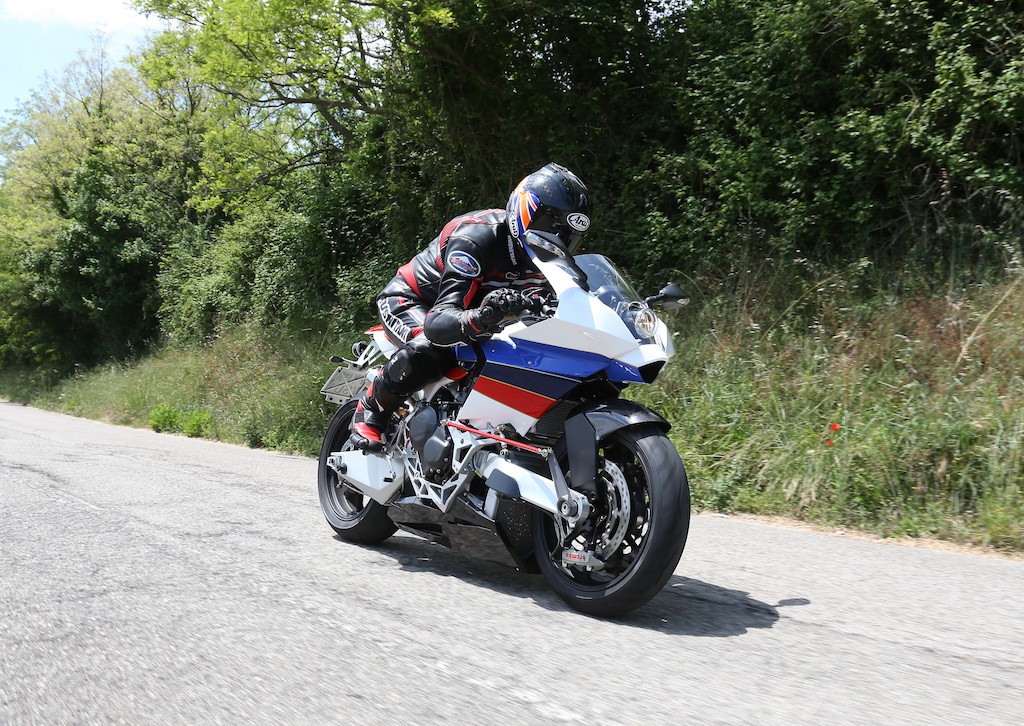 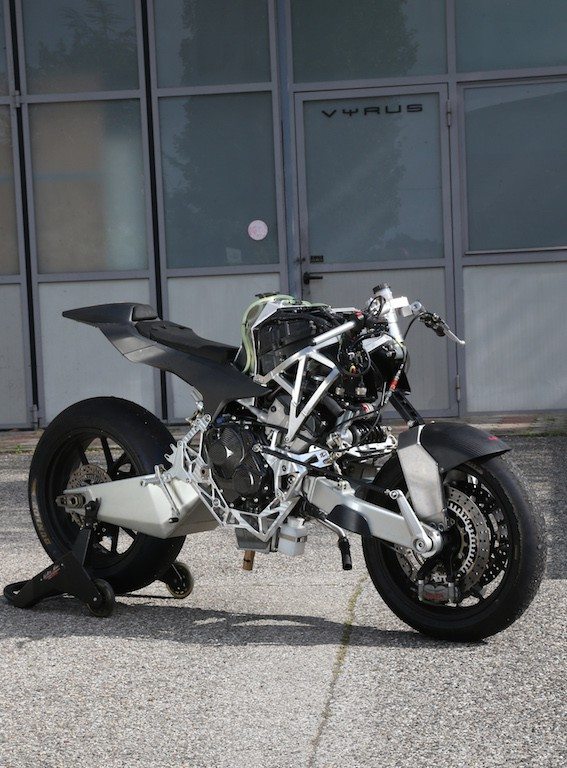 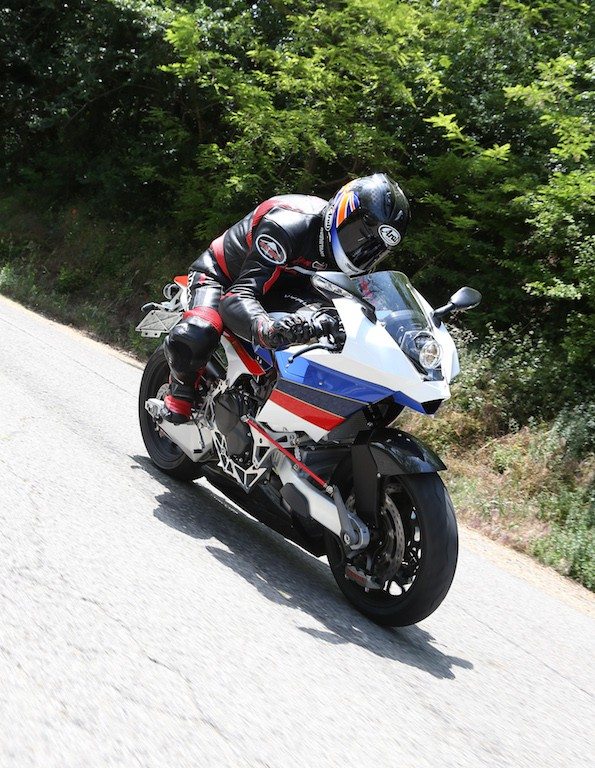 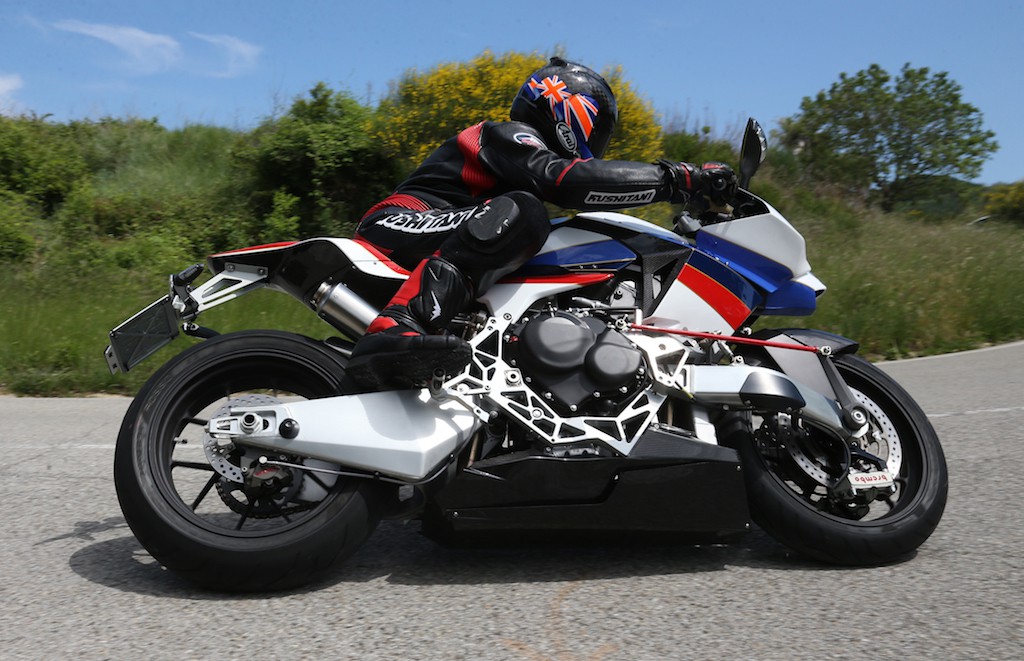 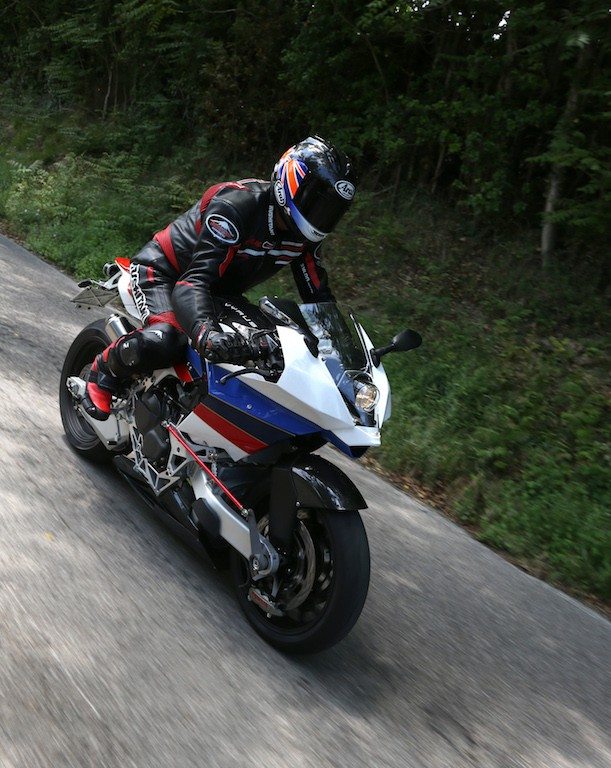 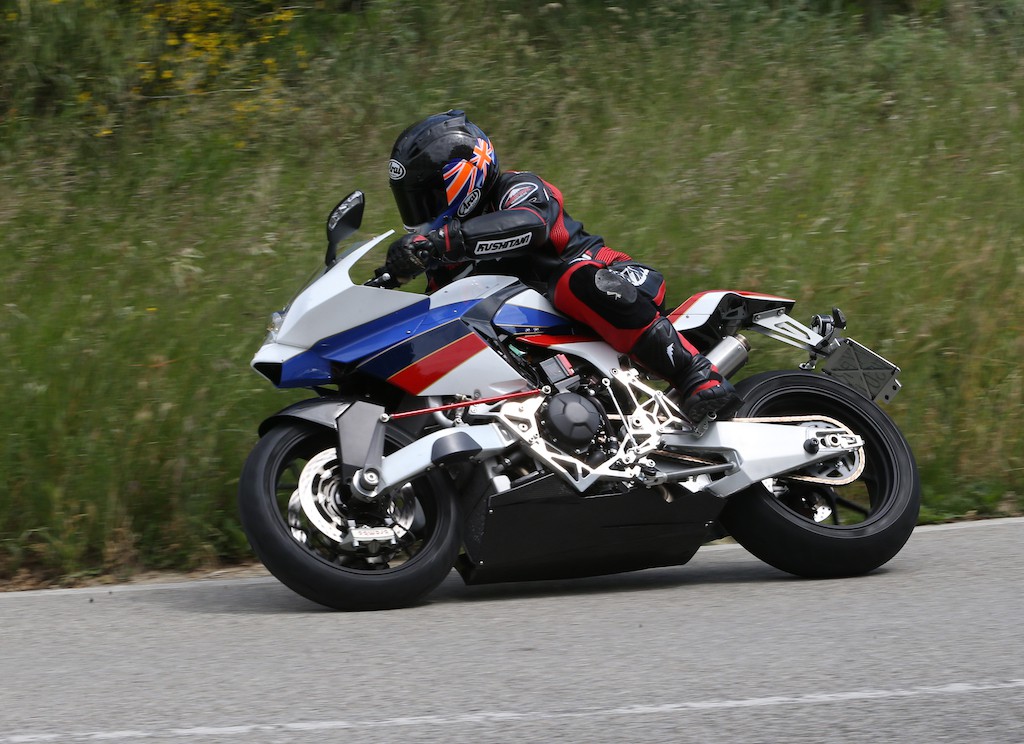 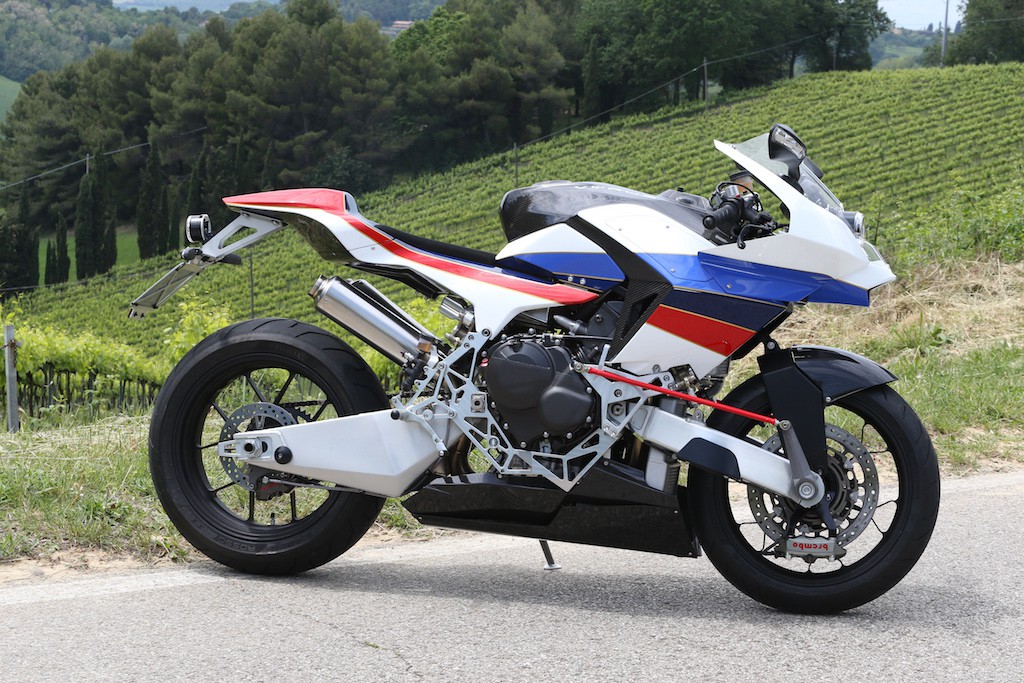 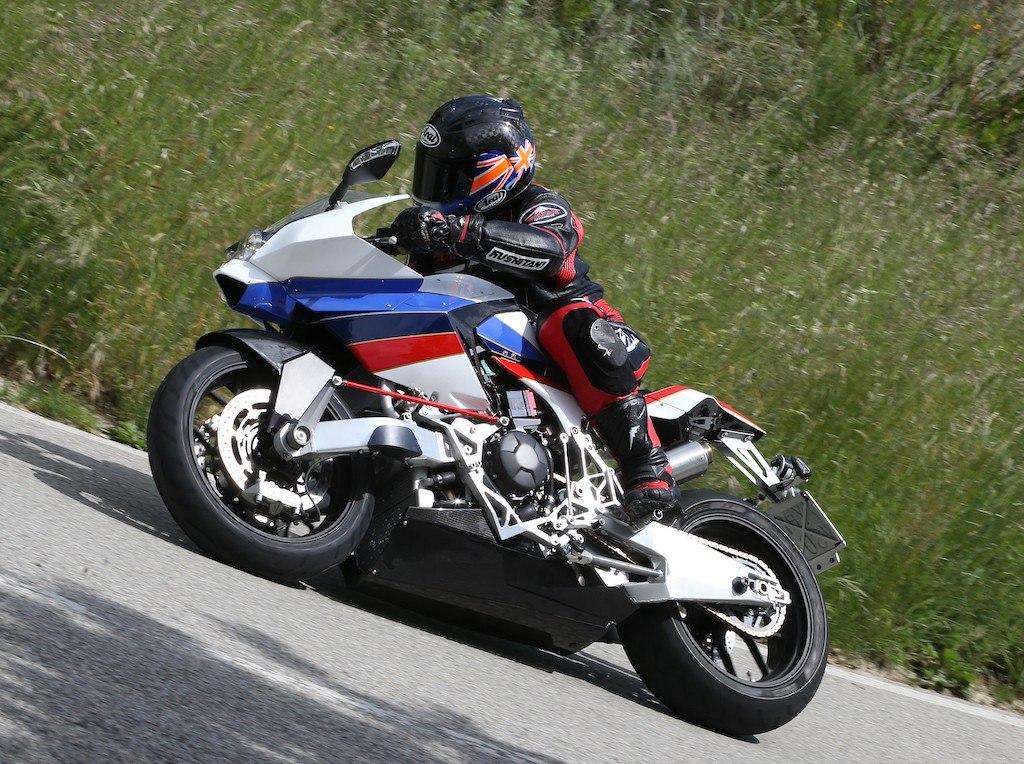