When Porsche released their latest example of the 911 GT3 RS, it didn’t seem like they could do any better. It appeared as if it was the best of everything you could ever want in a sports car. But then Porsche teased us with the all new 911 GT2 RS at E3, and now they have officially released it and it will leave you with an unexpectedly tough decision if you happened to be in the market for the best 911 money can buy,

While the ‘RS’ moniker might have you believe these two cars are very similar, and they are, they’re also quite different. They both use the 911 as a base and therefore have similar looks. The trained eye of the Porsche aficionado will quickly point out that each one has unique characteristics that tell them apart, but to the untrained eye they both look like race cars, thanks to massive wings and the wide and stout stance of a true high-performance sports car. The ‘RS’ package, which stands for Racing Sport, means both are track focused. However, the differences lie in how each car addresses things like power delivery and performance.

The GT3 RS is rather impressive with its naturally aspirated 4.0L flat six that produces 500hp. Porsche took it up a couple notches with the GT2 RS as it puts out a whopping 700hp! They used the smaller 3.8L flat six, but that was probably necessary to make room for the twin turbo system. Whatever the reason, it was a good one because the 2018 GT2 RS is one of the most powerful production 911’s ever built.

I realize that the Porsche purists may think it’s a no-brainer when choosing a smooth as silk naturally aspirated driving experience over the sometimes unpredictable onslaught of power coming from a twin turbo powerplant. And for the most part, I would tend to agree with them. Although, it all depends on how you plan on using the car in question. The GT3 is a high revving machine that’s going to provide you better response at the track if your skill level can handle it. If you’re a very skilled driver that can maintain the perfect revs right in the heart of the powerband, then the GT3 might be the one for you.

According to the project manager for Porsche’s GT car development department, Uwe Braun, these two cars are designed to be very different when it comes to putting the power to the ground. The GT2 is significantly more forgiving thanks to an additional 200lb-ft of torque that’s available almost at any point in the RPM range. That extra torque really comes in handy on the low end and that will give it that almost muscle car-ish sensation of being able to give it full throttle in any gear and still feel the acceleration.

The GT2 RS needs only 2.9 seconds to hit 60mph and won’t stop pulling until it’s going at least 212mph. The GT3 RS has a claimed 0-60 time of 3.2 seconds and has a top speed of 197mph. S really it’s not a huge difference, but yet in the world of ultra high-performance sports cars and arguably supercars, that’s enough of a difference to be noted.

As far as handling goes, you probably need to get nit-picky to point out the differences between these to fantastic cars. Both of which will feel like there on rails and have a never ending amount of grip in the corners. However, the steering in the GT2 RS is said to read and respond to the road on another level, with the “accuracy of a 3D plotter,” according to report by Automobile Mag. That’s also something that the GT3 RS is known for as well. Both examples utilize Porsche’s rear axle steering when things get pushed beyond the limit and more times than not the sophisticated system manages to prevent a major issue. Which brings me to the conclusion that in this particular category it really might come down to personal preference, but clearly a prime example of a win-win type situation. 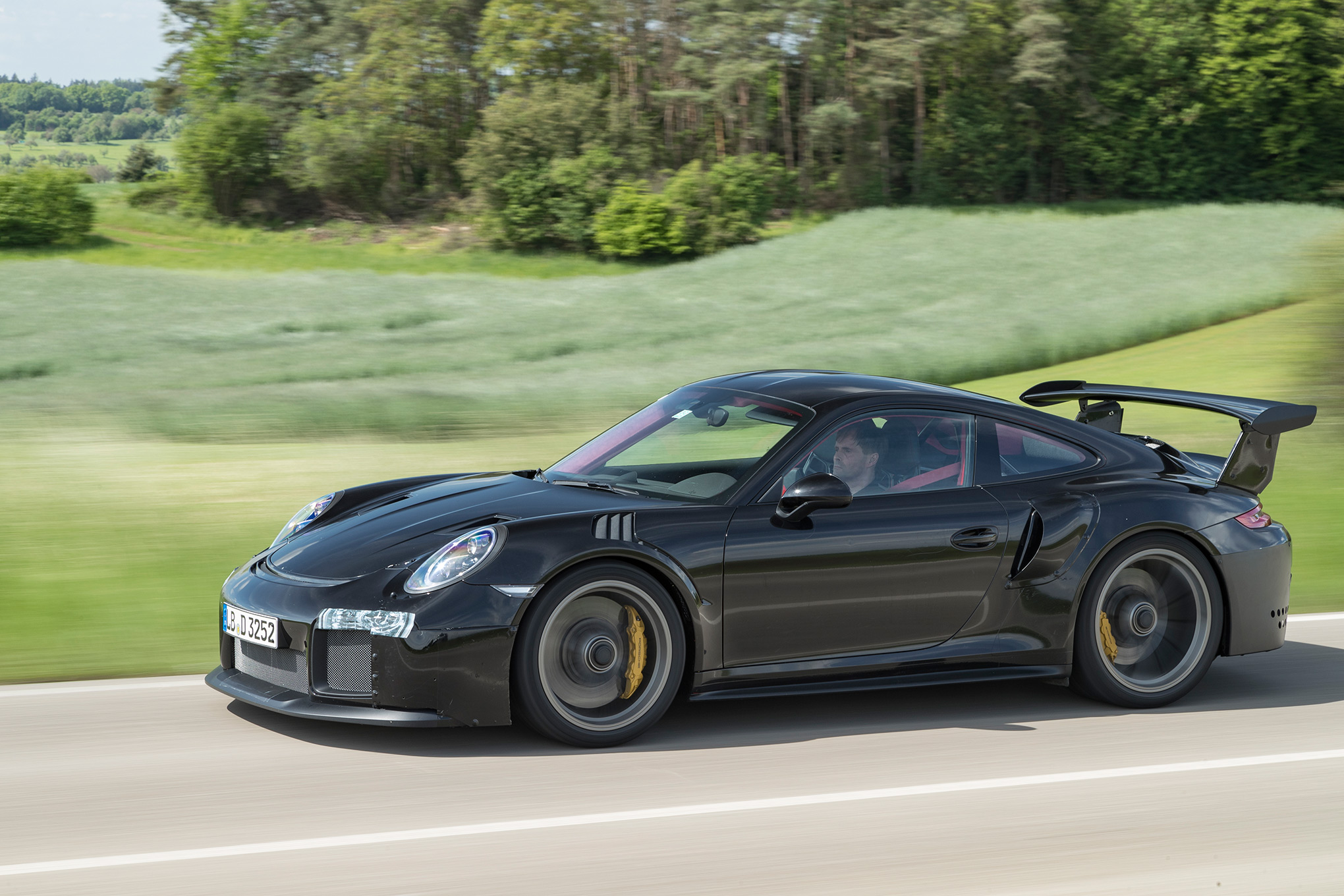 When I started researching this article I assumed it would be a lot easier to differentiate these two cars, but as I learned more about the new GT2 RS, I realize that while there are differences, they aren’t as prominent as I expected. The biggest difference that I’ve been able to come up with is the power delivery that I explained above. The GT2 RS is faster in every way, no matter what RPM you’re running at thanks to the additional horsepower and torque from the turbos. I made the mistake of thinking the GT3 RS followed the same formula as the standard GT3 and would therefore have the option of either a three pedal manual or PDK. However I was wrong, both cars come standard with the PDK transmission and they will not have the option of a manual. Which is a bit of a disappointment even if there is a good reason for it. The PDK is faster and more consistent, so Porsche engineers assumed that anyone interested in buying the car would also be interested in the fastest possible lap times, hence PDK being the only option. Something that’s also important is the exhaust note that comes from each of these incredible sports cars, both are glorious but different nonetheless. The GT3 is almost more of a high pitched scream like a banshee, where the GT2 has a much wider range to include a deep rumbling sound as well as the shriek of a banshee when opened up. It also should be noted that the GT2 has a titanium exhaust where you can “open the flaps,” and that’ll make the old girl really open up to the point that it might even be considered deafening, in the best possible way.

Bottom line, it really comes down to what you want out of the car, and how strongly you feel about turbos and PDK transmissions and whether or not either one would be a deal breaker. Otherwise, I don’t see how you could go wrong with either of these glorious machines. 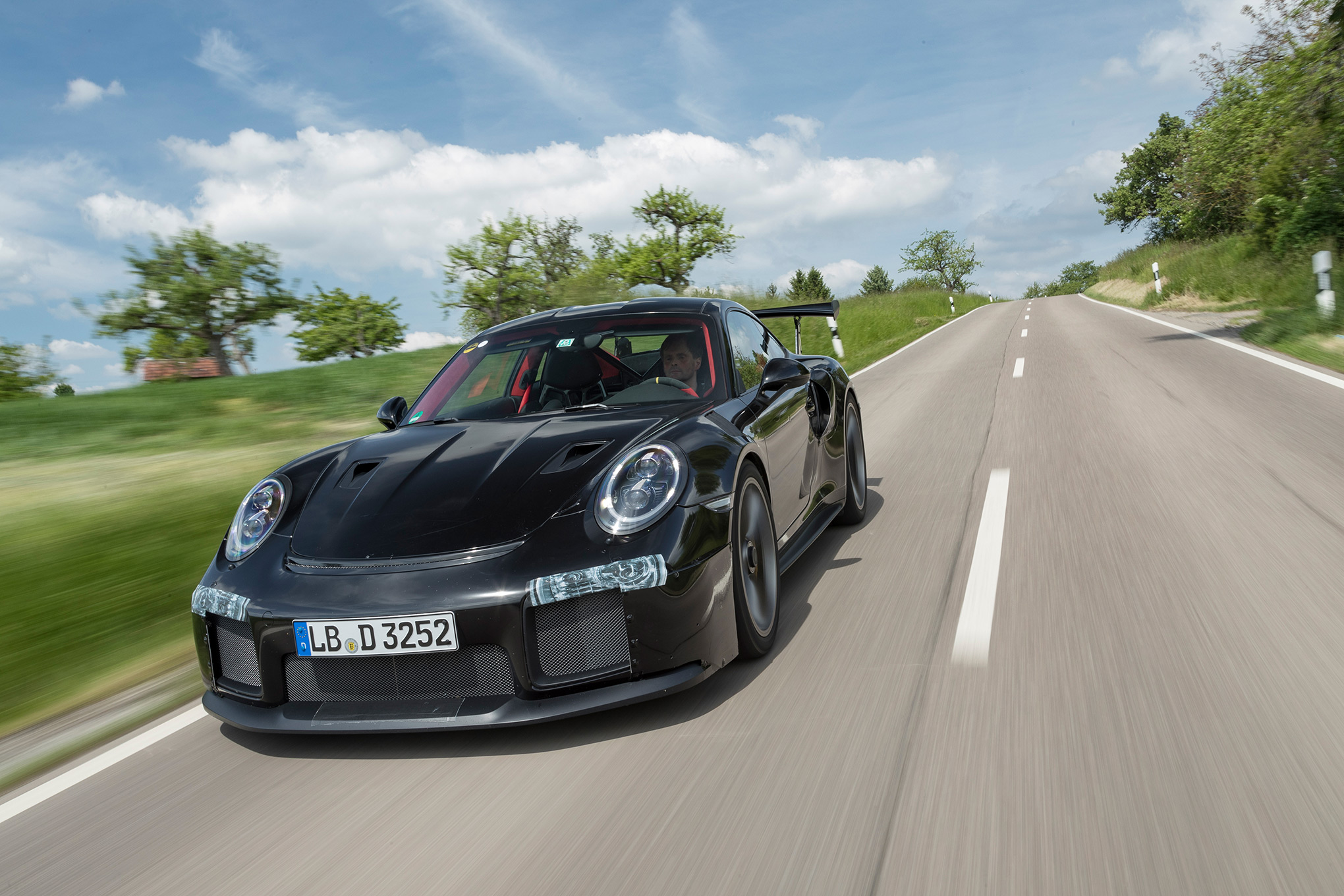 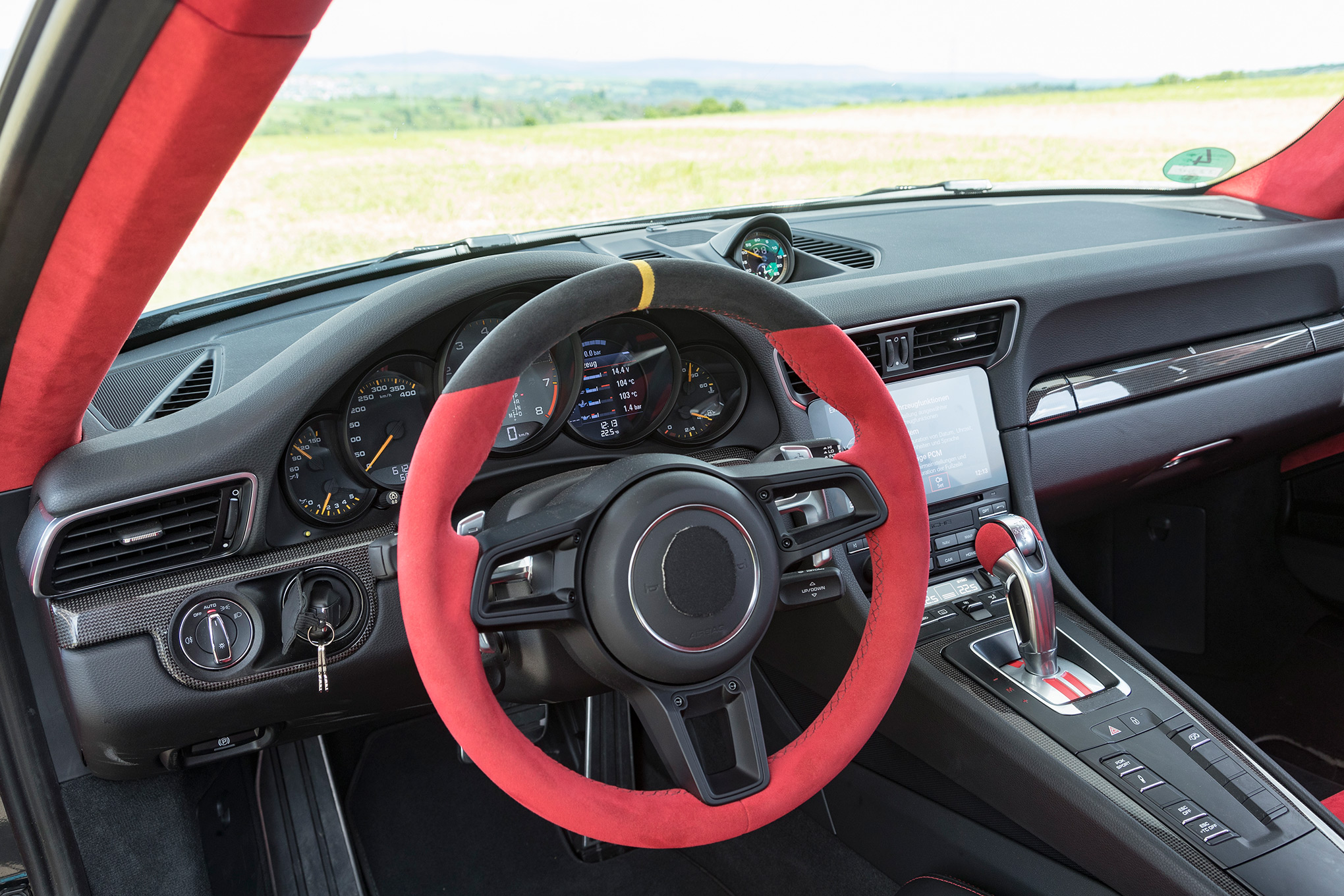 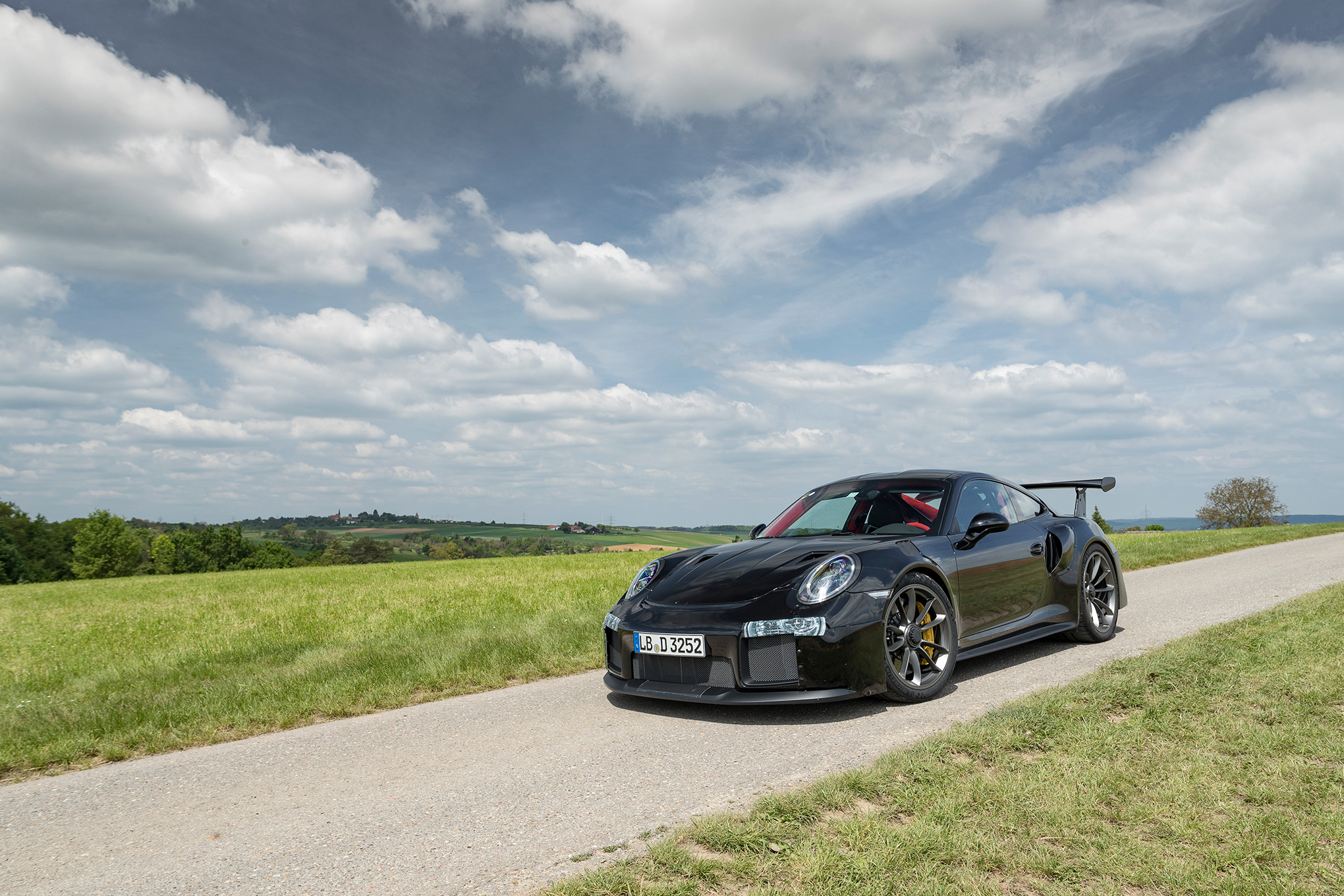 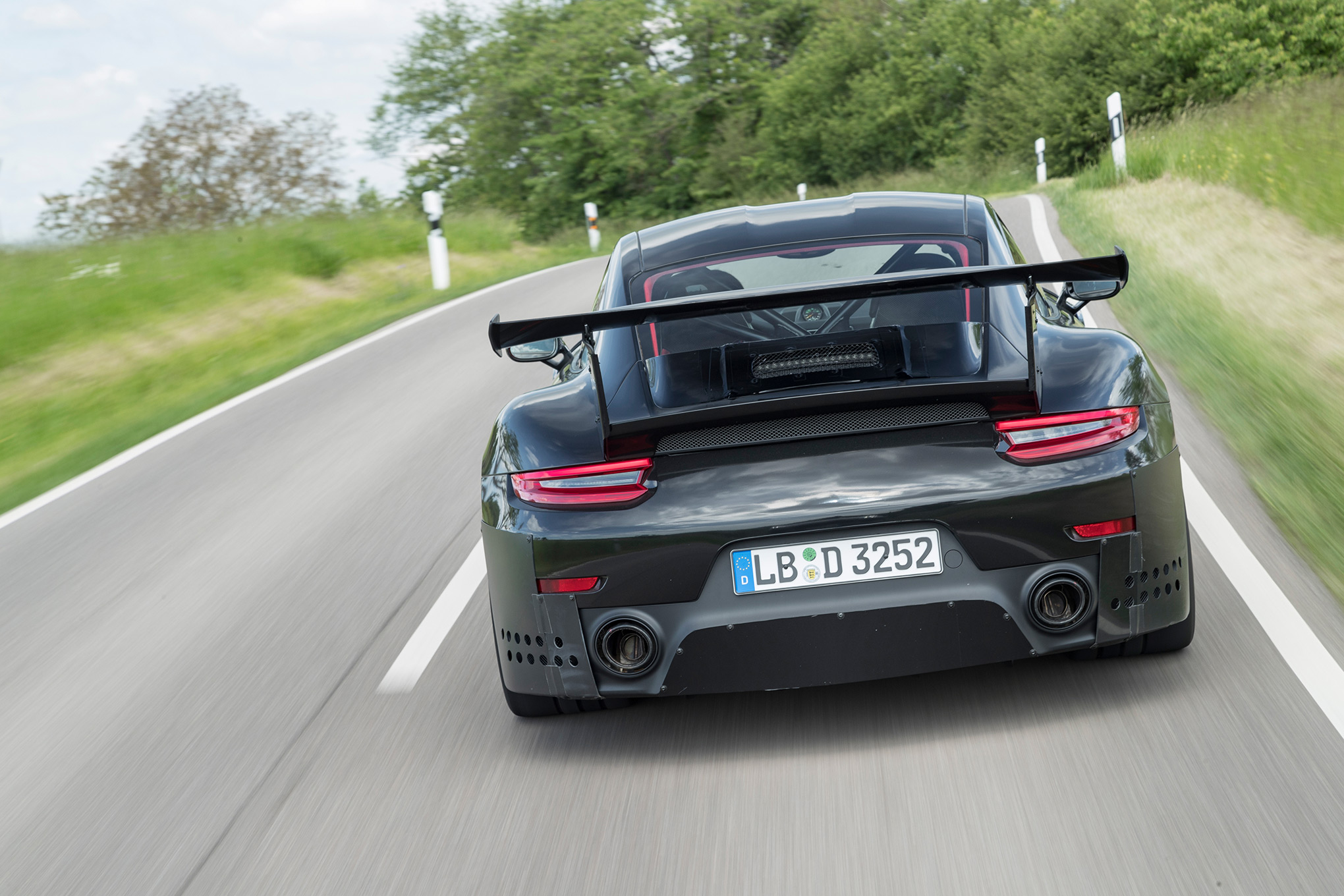 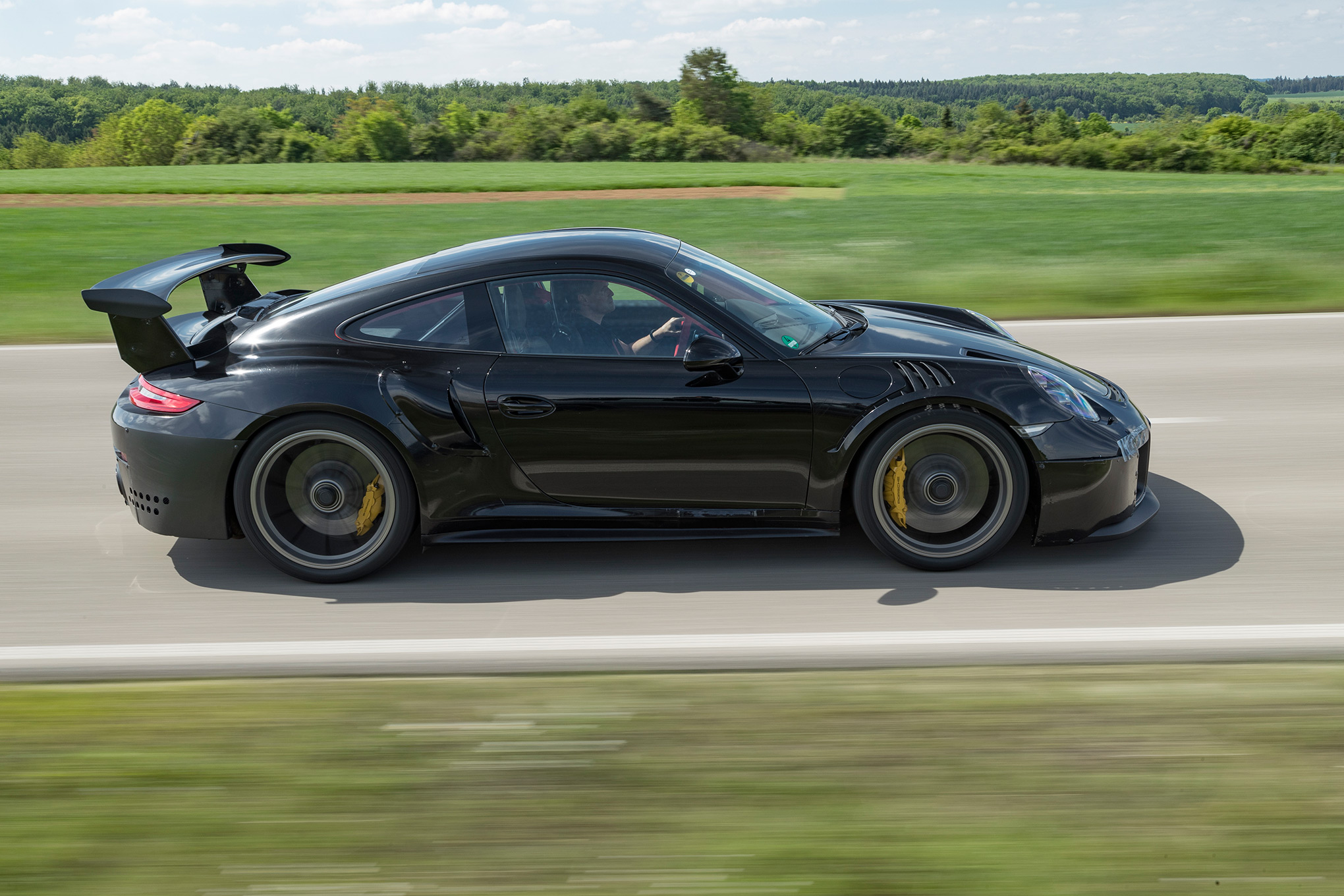 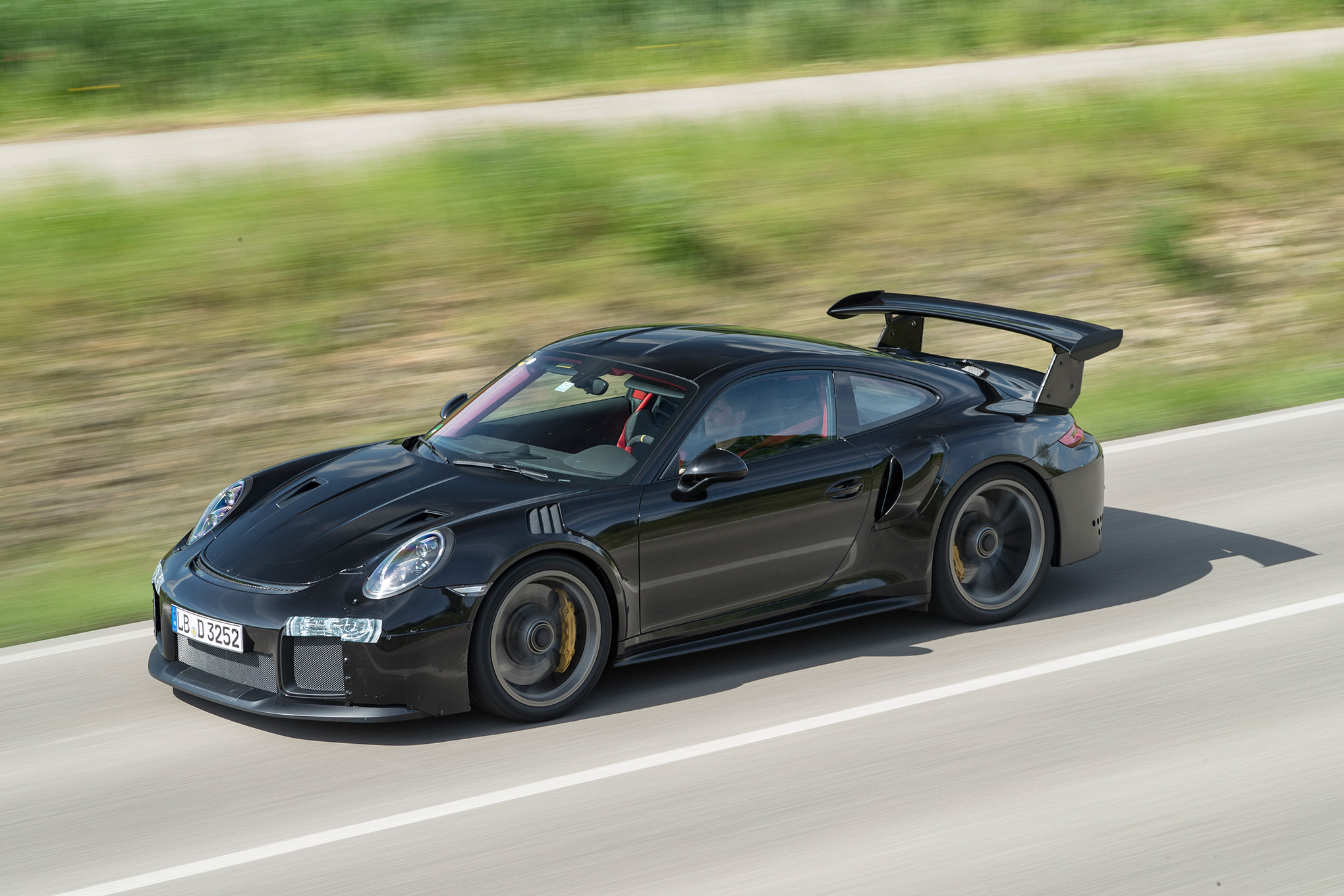 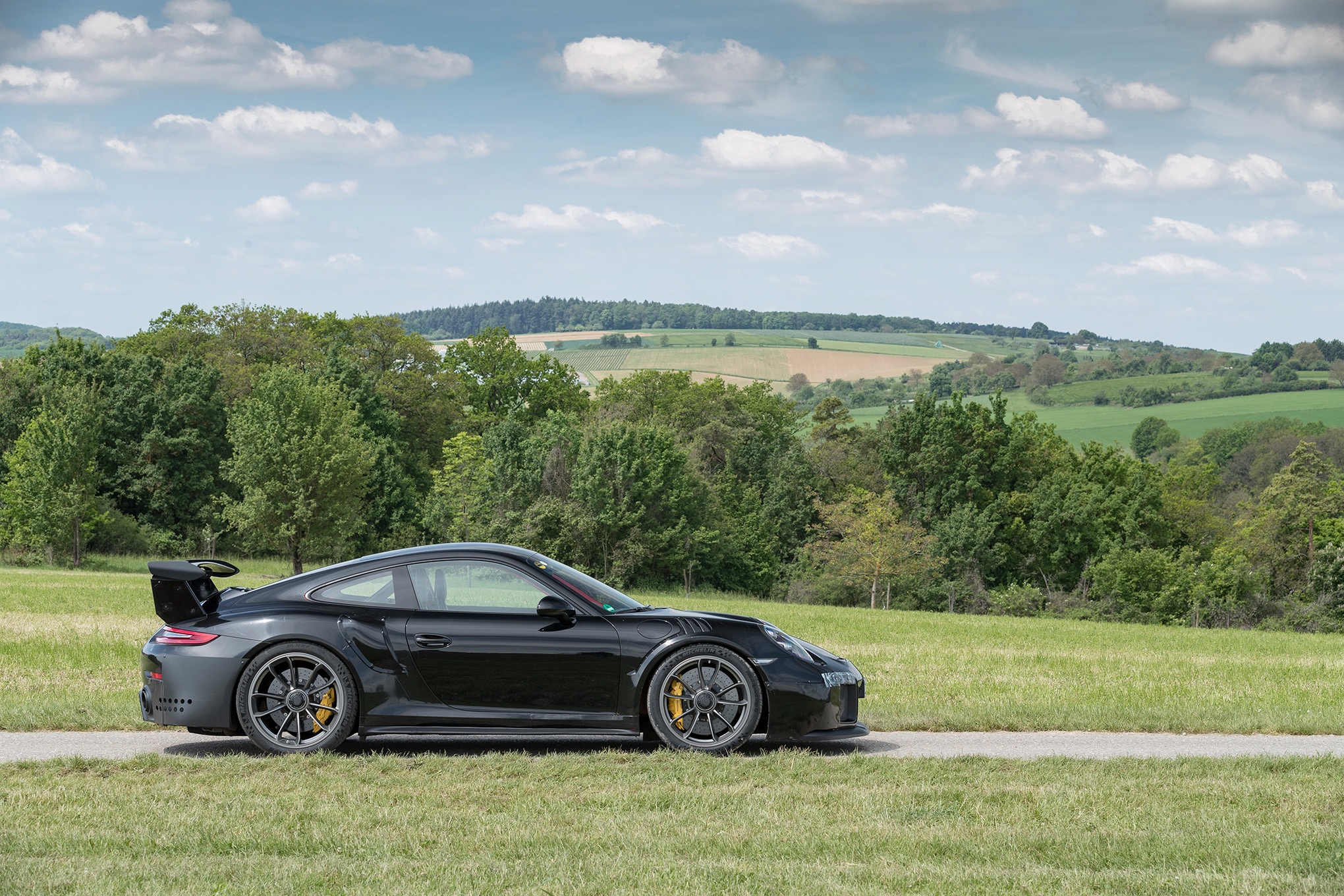 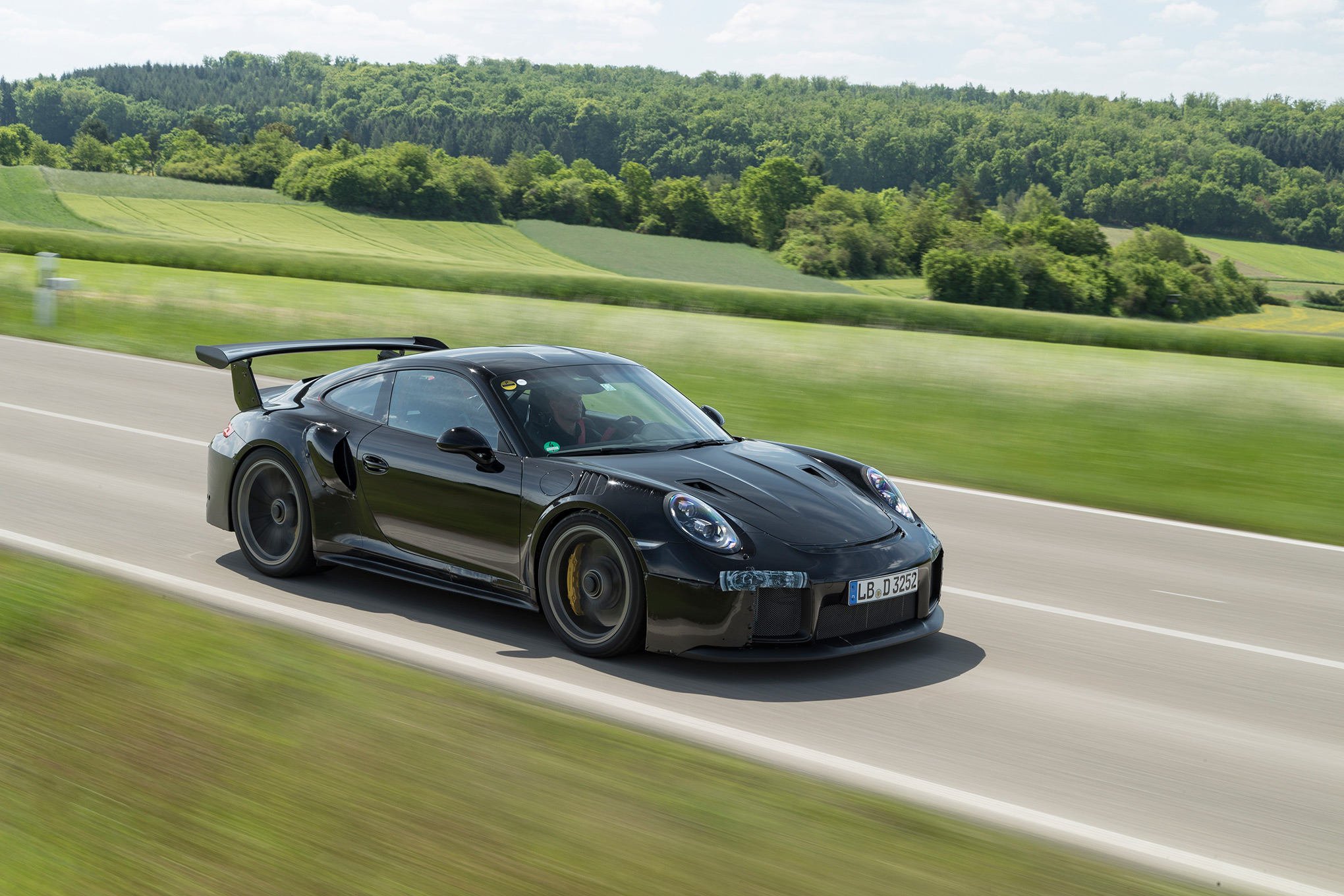 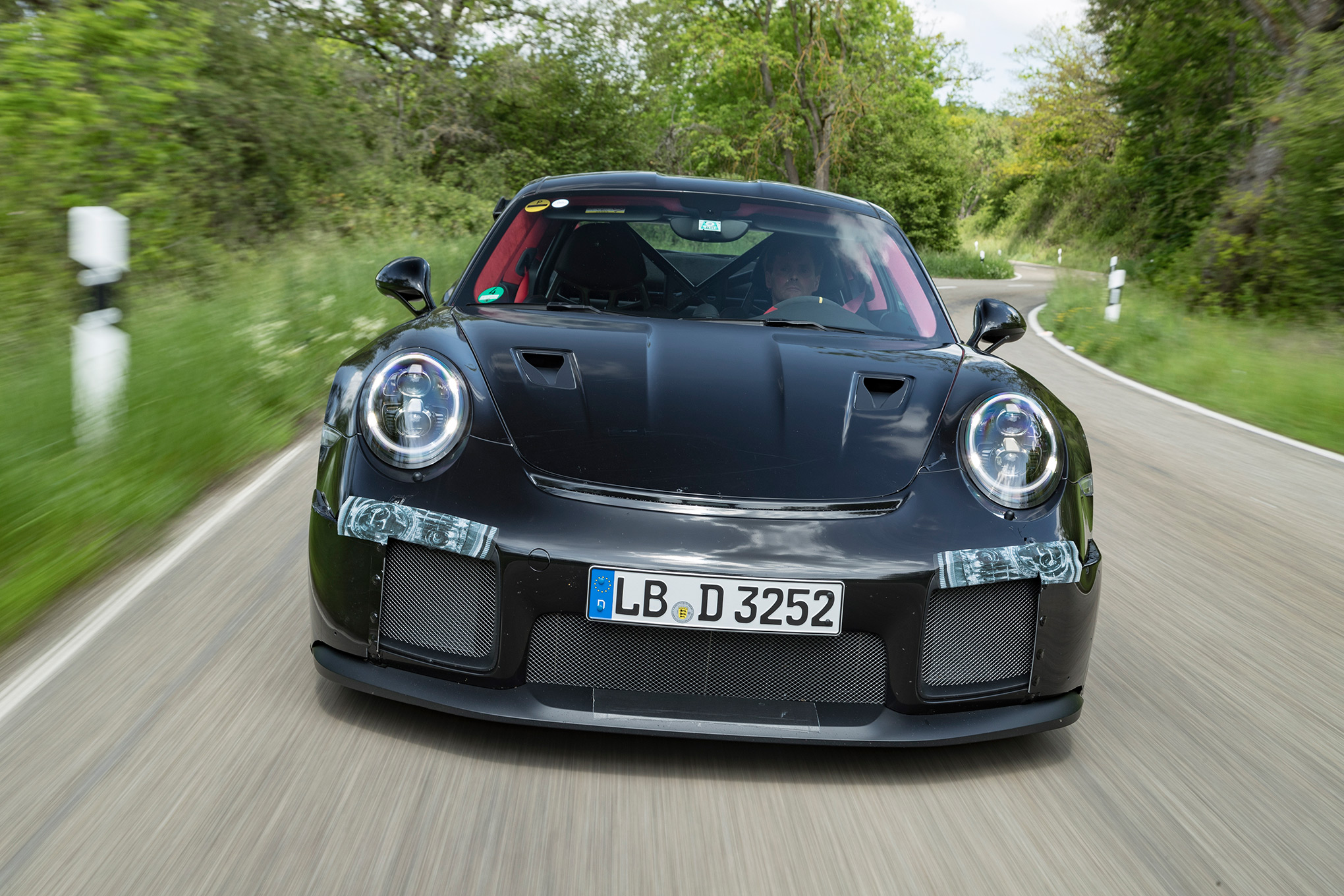