An off-road limousine with 8 massive wheels. It almost sounds like a joke when you say it out loud, but that’s the best way I could come up with the describe what it is that you’re looking at. It’s called the Shaman and it’s built by a company in Russia called Avtoros. And while it’s obviously not really a limo, it may as well be with the amount of cargo space. The Shaman is an all-terrain vehicle that brings a whole new meaning to the term. I say that because not only is the Shaman capable of tackling almost any surface on land, but it’s also an amphibious vehicle that can travel by water.

The overall size of this beast is massive and with so many interesting tidbits it’s tough to decide where to start. There’s the obvious fact that it has 8 wheels. It’s amphibious. And it can be customized to your specifications, just to name a few. But I want to point out something else right away, the attention to the driver of this massive machine. It should almost be referred to as a cockpit with how ergonomically setup it is with everything you would ever need no more than arms reach away. Oh, and did I mention it has a centered driving position! That’s right- in true race car fashion just like the McLaren F1, this old girl has the steering wheel placed right in the middle and you’re surrounded with controls. You’re also surrounded by glass which was done to provide optimal visibility for the driver.

The most obvious feature that makes the Shaman such an interesting vehicle is the 8 massive tires, all of which are individually powered with individual steering, plus a suspension systems so they can work totally independently. It comes with the “crab mode” which will turn all 8 wheels the same direction and allow you to crab walk you way out of any situation. Not that you’ll ever need to because the 8 wheel drive combined with the massive low-pressure tires will either soak up or float across any rocks, stumps, mud, snow and just about any other terrain you’ll find on land.

Powering the Shaman is an Iveco 3.0L diesel engine that only puts out around 150hp. But it’s the torque that’s important when turning all those wheels and that’s where the Iveco diesel shines with close to 400lb-ft of torque. With a top speed of just 45mph, you’re definitely not going to win any races where speed has any relevance . But maybe you don’t need to go fast when you can go over or through anything that comes across your path. Although if you’re really looking for more power there are reports or optional engines that’ll provide more get up and go, not much, but some.

Say you’re traveling along and you come up to a pond or lake that’s separating you from your destination. And let’s say the water is far too deep for even the most overland 4×4 build to attempt crossing. What do you do? In most circumstances, you’d be forced to travel along the edge of the water looking for a way around. But not the Shaman. The entire underside of this unique vehicle is a hermetic boat formed frame to keep the water out. That means you can literally drive this thing straight into a lake and it will just float along like it’s no big deal.

If you thought it was slow on land, it’s actually a rocket ship compared to the speeds it can reach on water. If you rely solely on the giant tires to propel you forward, you only be able to reach a top speed of just 1.3mph. However, if you happened to check the box for the optional screw type propeller you can push the old girl up to a whopping 4.3mph

The Shaman can be customized a number of different ways. The passenger/cargo area is large enough to accommodate 9 passengers with four rows of seating. But you also have the option of setting it up with beds for four people that fold up to provide a crazy amount of floor space. It gets used a lot as a hunting vehicle as well as the perfect off-road rescue vehicle. Even with as big as it is, the range is pretty good thanks to a 69-gallon gas tank that’ll get you approximately 650 miles.

I have some bad news for those of us that live here in the United States; the Shaman is not legal on U.S. roads and therefore is classified as an ATV. eah, that’s a bummer, but not really though because if you were going to buy one it would be for off-road purposes anyways. So who knows, maybe that makes it less of a pain to have one transported over.

As far as the cost goes, it’s not exactly cheap. But considering that you’re getting an off-road vehicle that you can take your entire family out on the trail all year round plus be able to drive across a pond or lake, $200,000 sounds like a steal. That is the base price so you can expect to star shelling out more once you start looking at all the many cool options and additions available. You can go to the company’s website and spec one out yourself. I did and I had a tough time not putting a check in almost every box that in the end would’ve cost me well over $250,000. 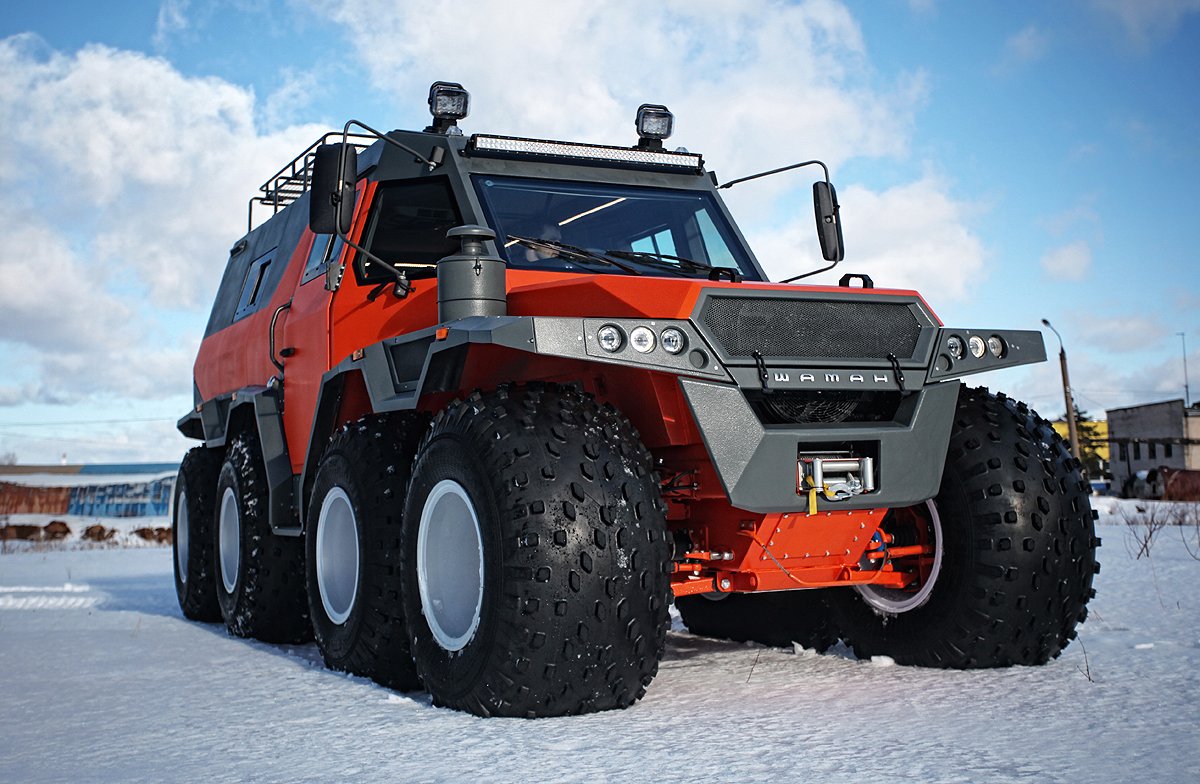 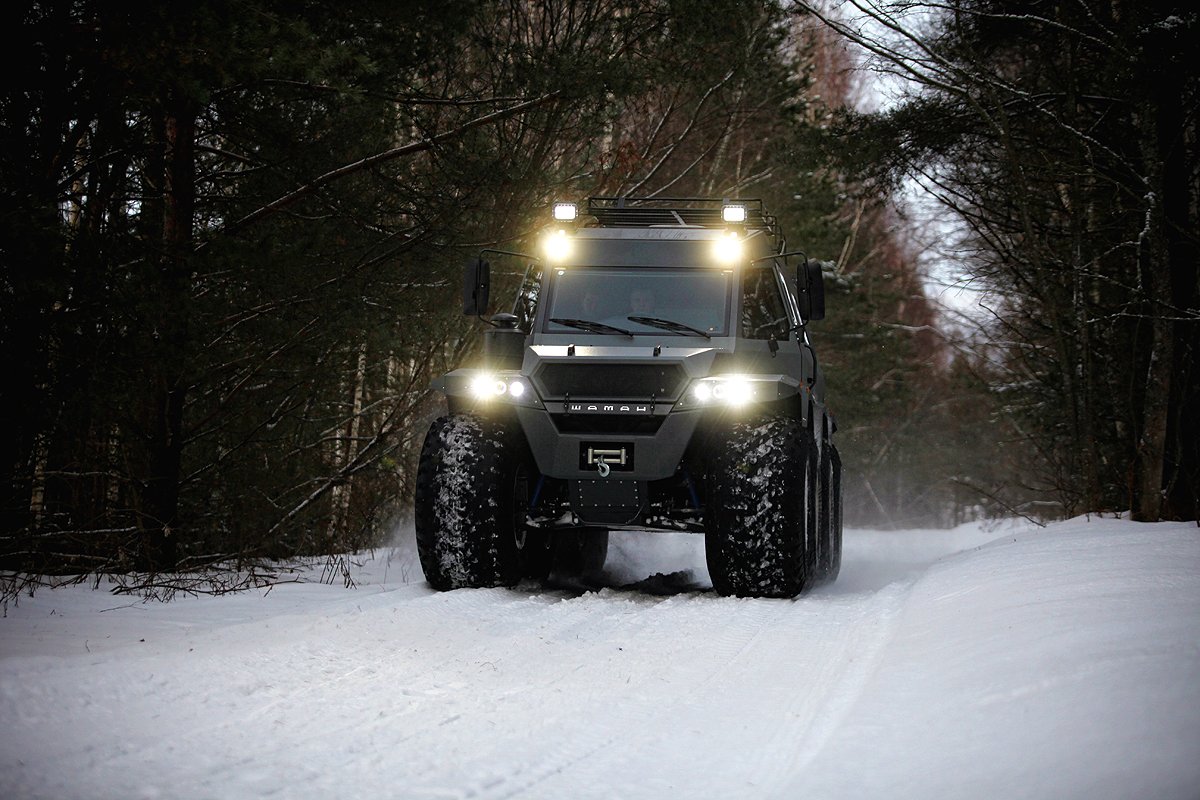 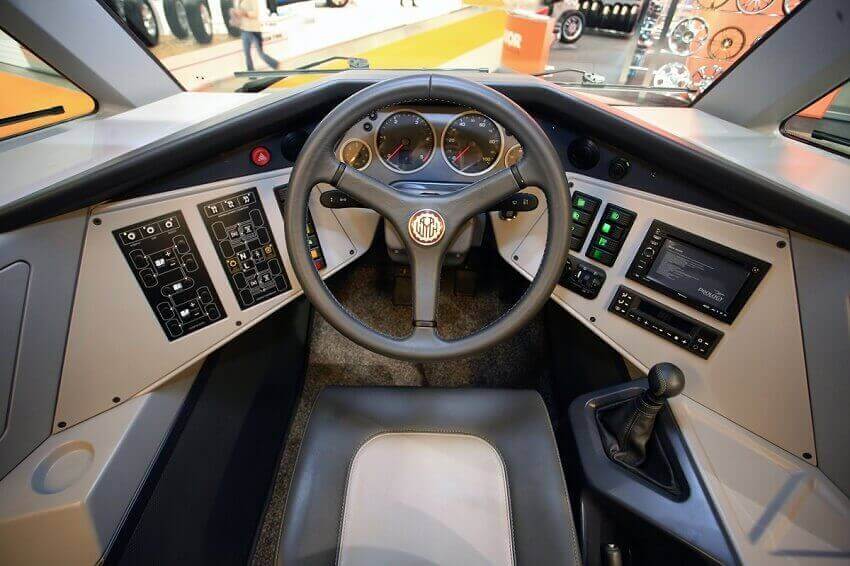 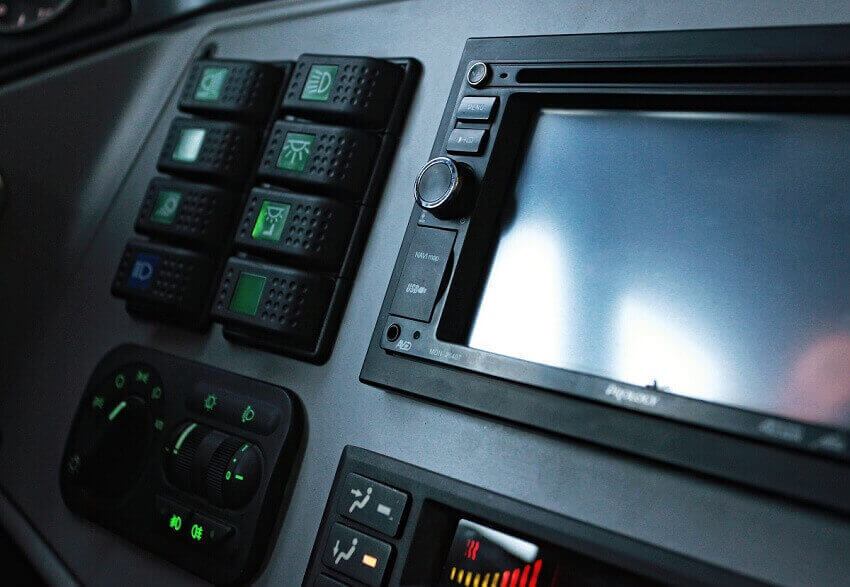 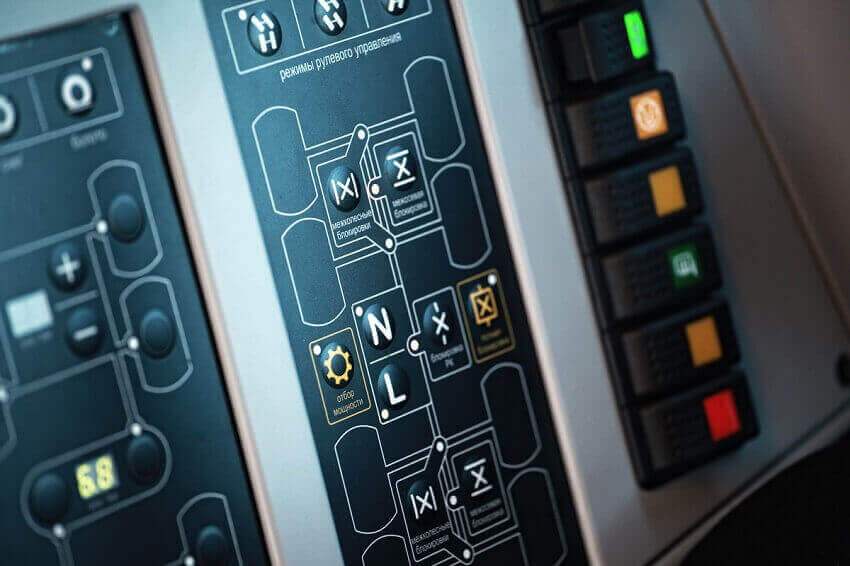 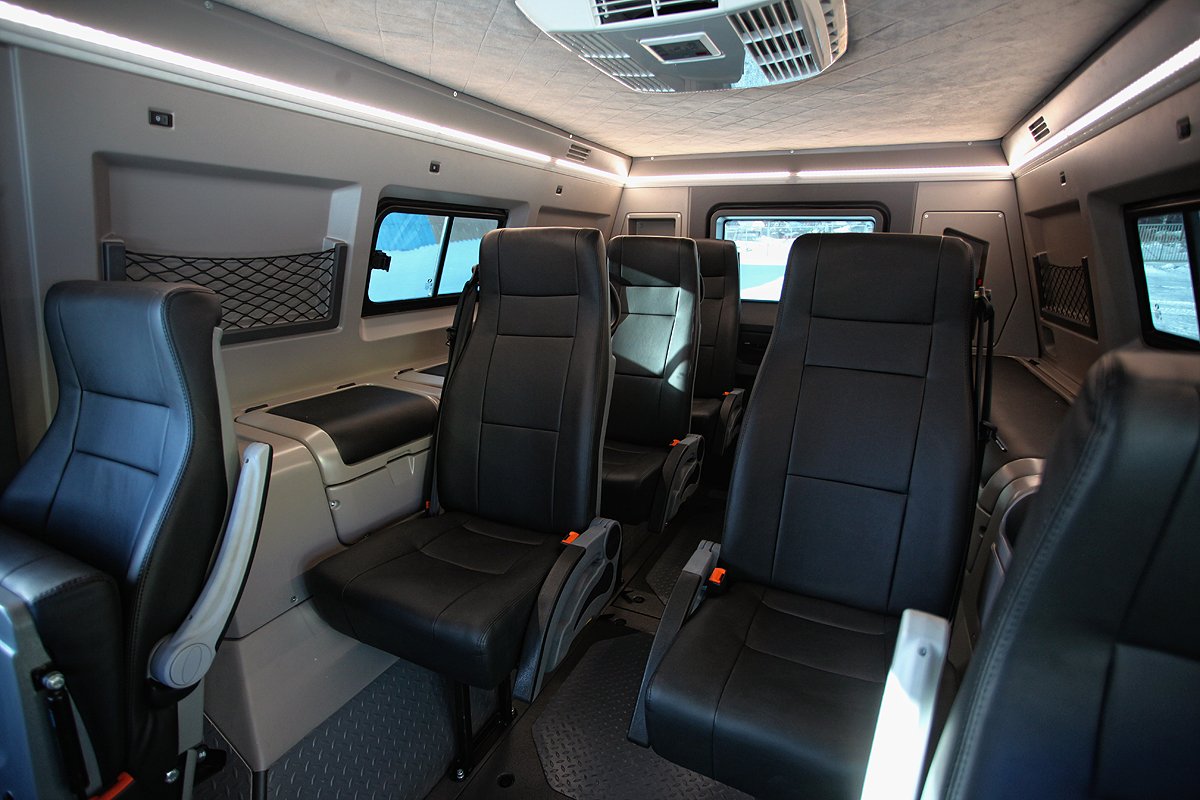 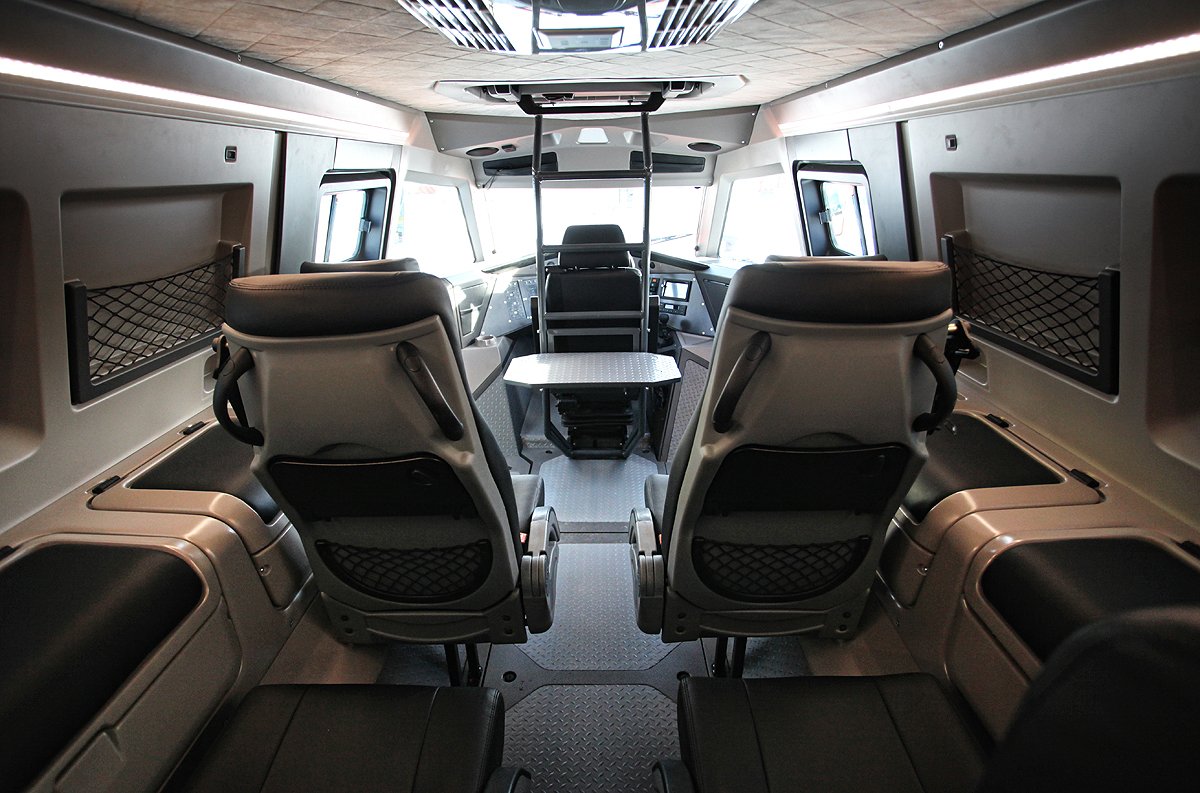 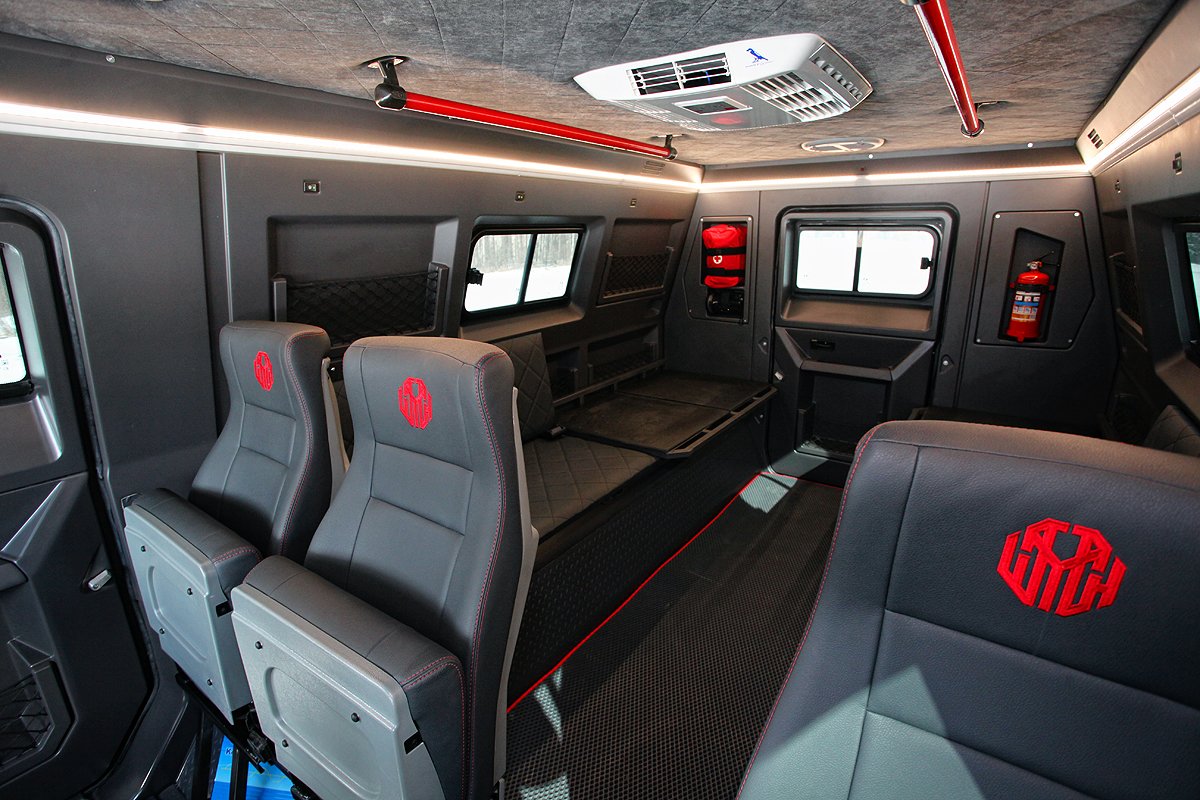 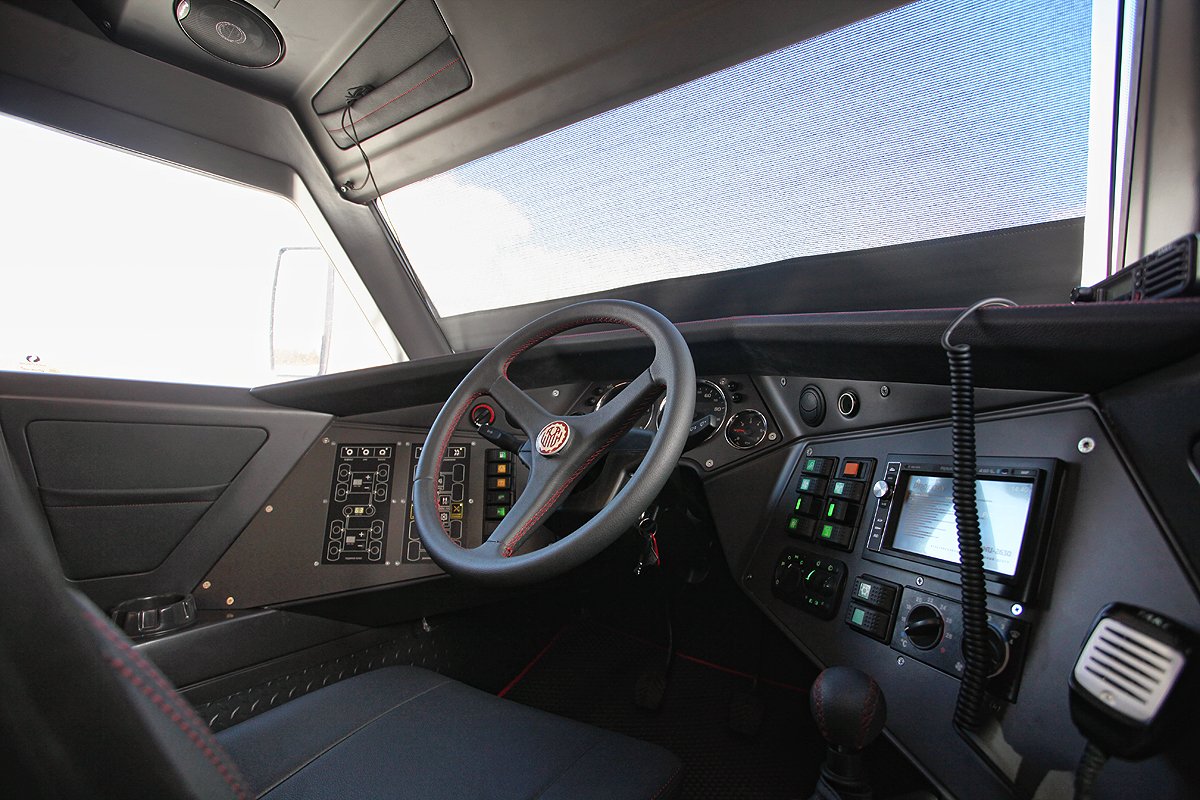 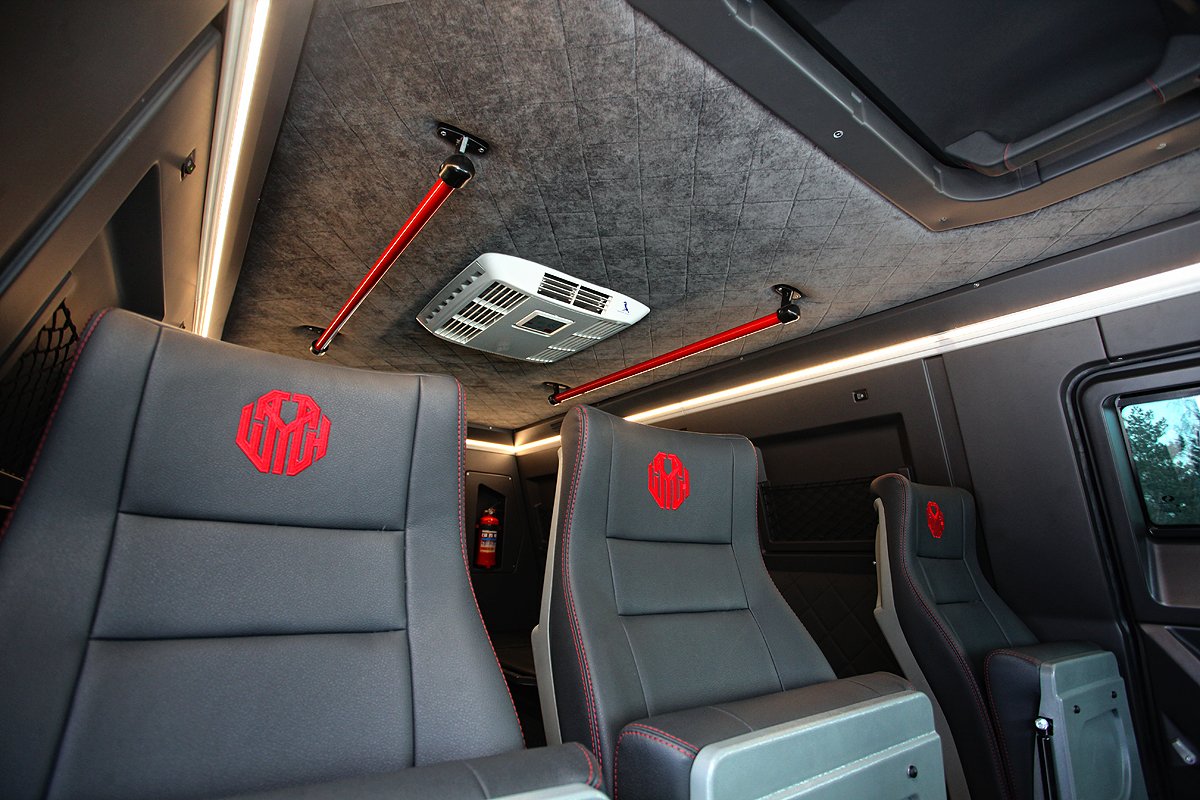 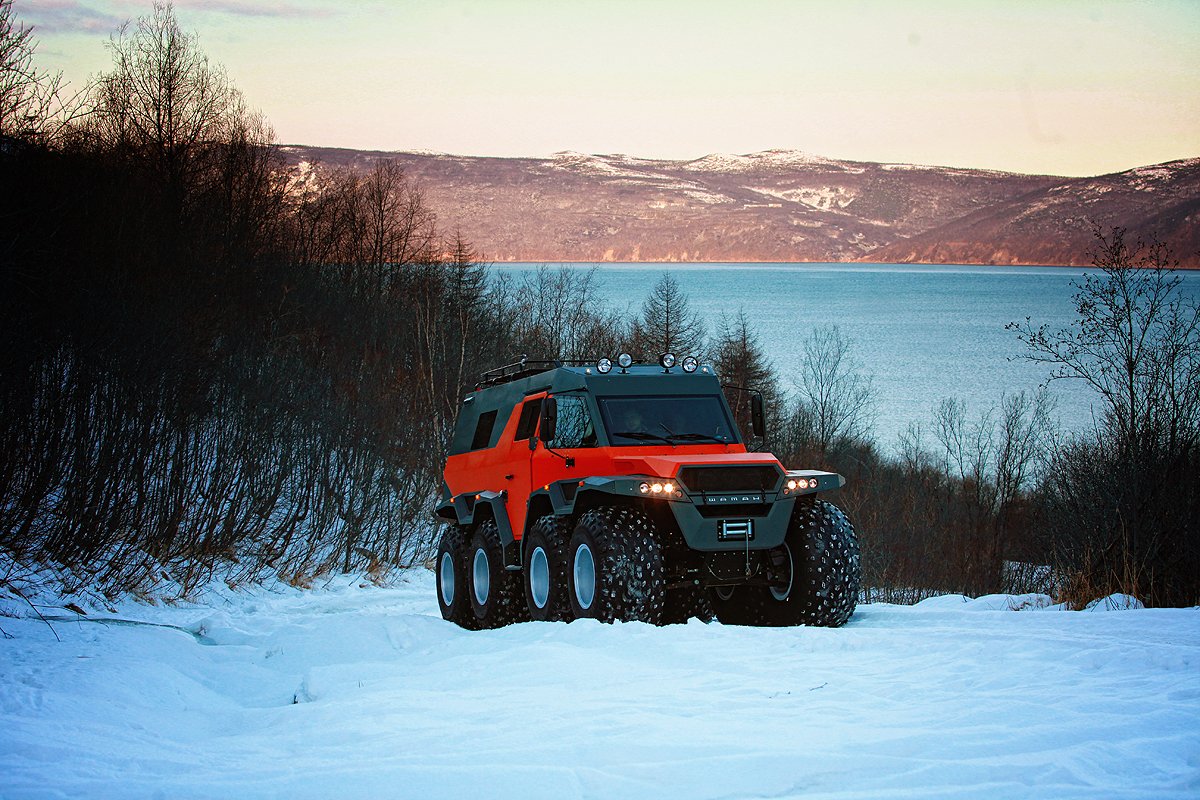 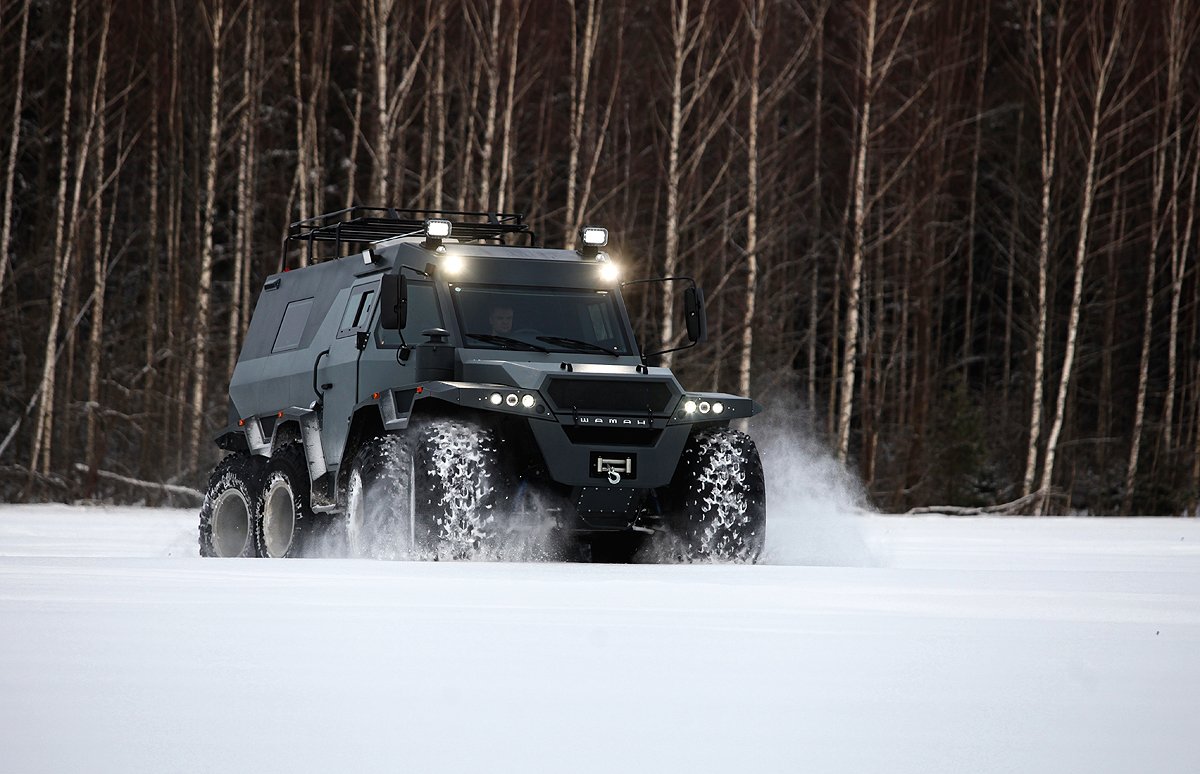