When I first stumbled into this unique looking rig it took me a moment to understand exactly what I was looking at. To call this thing one of a kind might actually be an understatement, considering it looks more like a metal sculpture that you’d see at a Burning Man festival than it does a Hot Rod. But believe it or not, that’s exactly what it is. They call it the Medieval One, but it’s also been referred to as the “High-Speed Helmet” because of the obvious helmet looking passenger compartment. This ridiculously fantastic beast was custom built from the ground up by Bohata Design Inc., a company that specializes in off-the-wall builds based out of Long Island, New York.

Bohata Designs is mainly a fabrication shop. But the founder, Aj Bohata and his son Aj Jr. like to dive into some insane builds from time to time. For example, one of their customers owns a waste management company, so Aj and his son built him a massive dump truck that looks identical to the real thing. That in itself may not be all that cool, but when you learn it doubles as a giant BBQ that can be driven around at tailgate parties, it suddenly way more appealing right? There are quite a few other builds worthy of mentioning, but the one we’re going to focus on is the Medieval One.

As I mentioned before, the Medieval One was built from the ground up. This wasn’t an old beat up pickup truck that they started chopping and welding on. They actually started with rectangular tubing that was laser cut and TIG-welded in-house to create the chassis which that and the suspension are some few “conventional” things you’ll see on the hot rod. The rear gets a full air-ride setup where the front gets a traditional drop axle with transverse mono-leaf. However, from that point on is when things start to get really interesting.

With so many unique bits about the Medieval One, it’s hard to know where to start. But I’m going with the power plant because who doesn’t love power right? Although by no means was this thing built for its performance, which should be quite obvious when looking at it. However, it does have a 355 cubic inch V8 with a massive Weiand 6-71 Supercharger on it and while specs weren’t released we know it’s putting out enough power to roast the giant rear mounted 33×19.5 inch Mickey Thompson tires. That’s a lot of tire to turn into billowing clouds of smoke, so it’s safe to assume it’s quite stout. Although it could be the CO2 cannons placed throughout the vehicle that can shoot out giant fog clouds at the flick of a switch, but for whatever reason, it seems a lot cooler thinking the power matches the wow factor of the rest of the rig.

Speaking of the motor, it features one of the most impressive parts about the Medieval One that you might’ve overlooked had it not been pointed out. Each header coming off the engine was fabricated using an estimated 900 scales, as in dragon scales. Each one had to be hammered into place and then meticulously TIG-welded to create a solid piece. At the end of these beautifully crafted headers is a near perfect representation of a snakes head where the exhaust is discharged from. For car show purposes, they’re also fitted with CO2 cannons.

The passenger compartment started life as a propane tank that’s been re-skinned with thinner metal to help reduce the weight. It’s got hydraulic actuators that will lift it up to allow the driver to get inside the thing, something that I wondered about at first considering there are no doors anywhere. As you can imagine, there isn’t a ton of room on the interior so everything had to be strategically placed in order to fit everything. The steering column for example, can swing out of the way to allow the driver to enter the rig. With that being said, it’s still fitted with modern luxuries like air conditioning so it’s almost going to be comfortable to some extent.

The rear of the Medieval One has a massive cannon that looks straight out of the 15th century that will also shoot a billowing cloud o CO2 fog. But Aj and his son have other plans for it in the future, assuming the owner of the Medieval One decides to upgrade. Being that Aj is a diehard New Yorker, he made sure the classic gold New York license plates were prominently displayed before it was shipped down to the owner in Florida, a nice touch I might add. 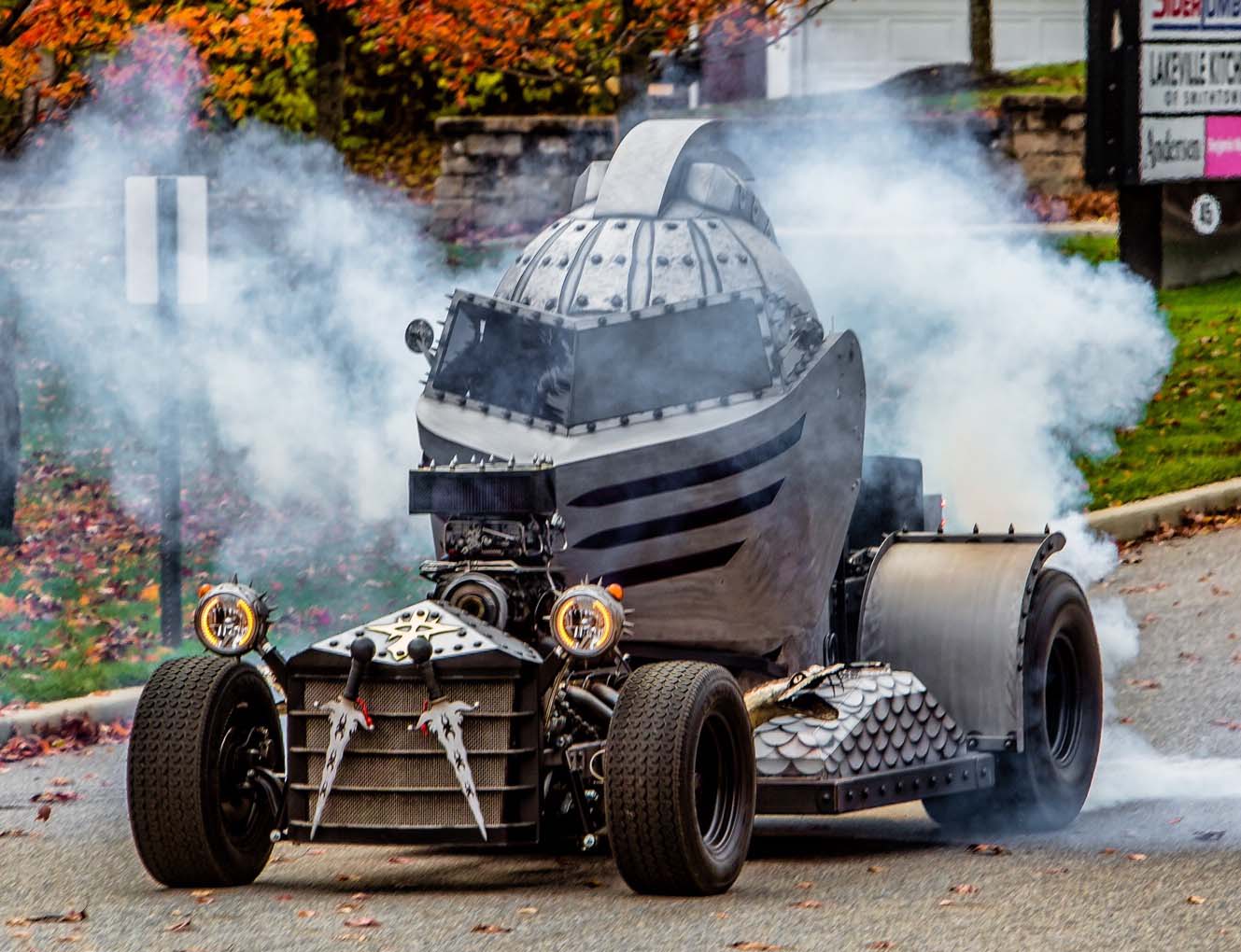 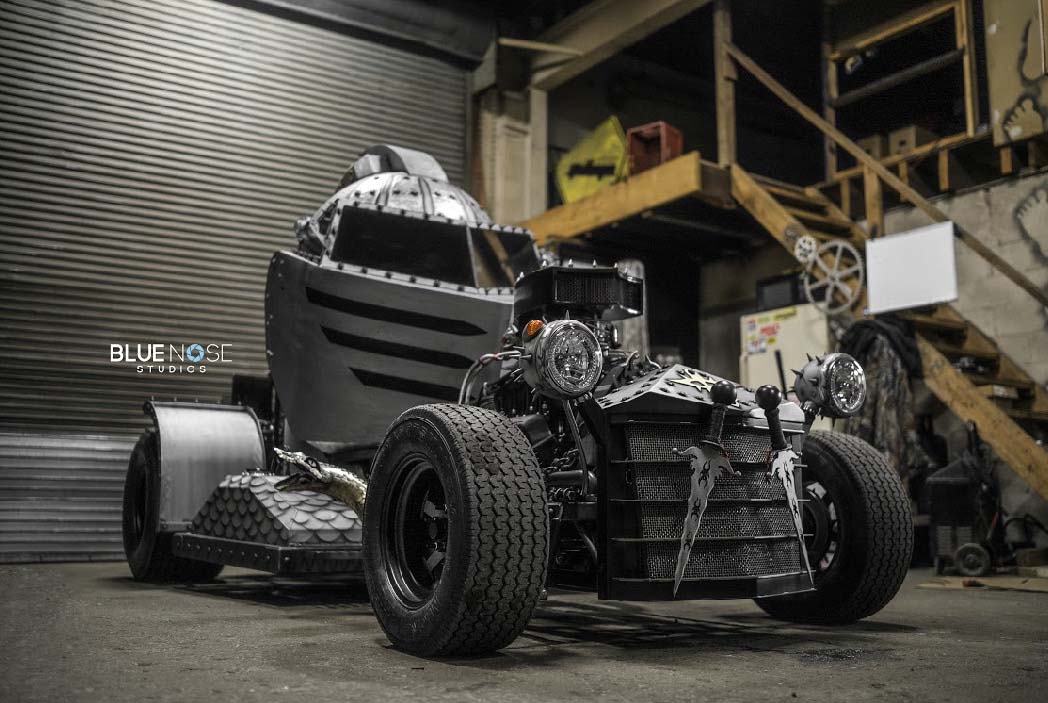 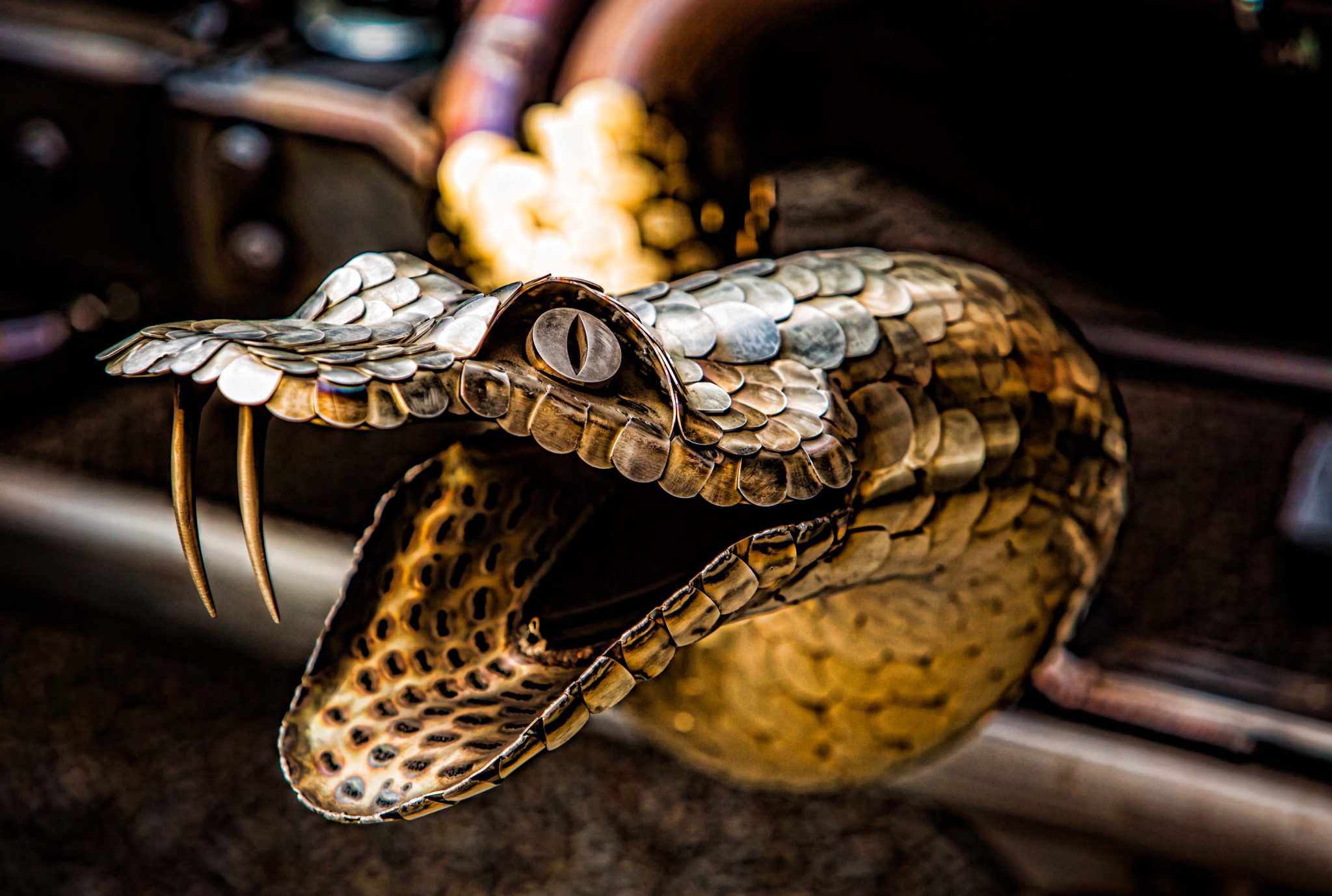 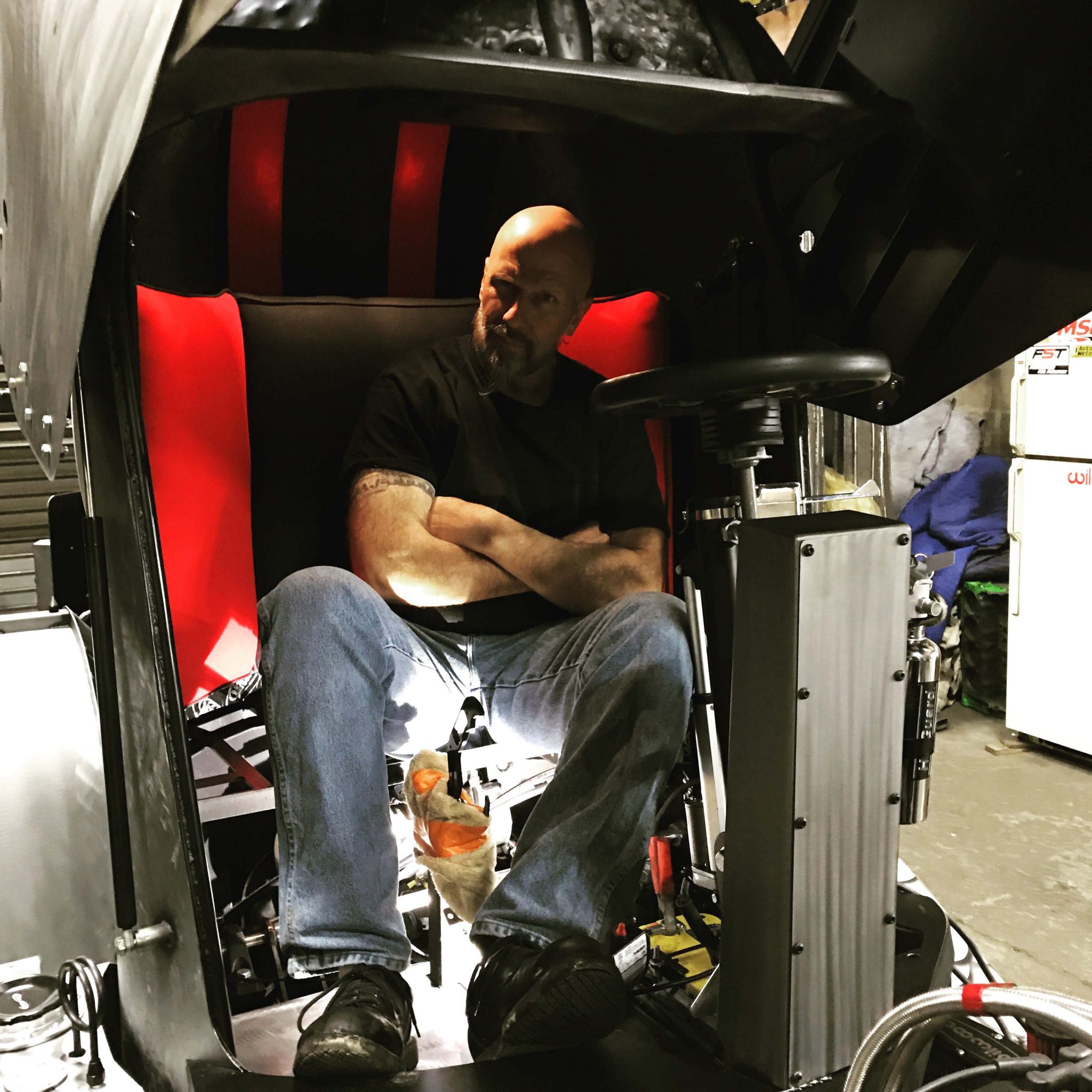 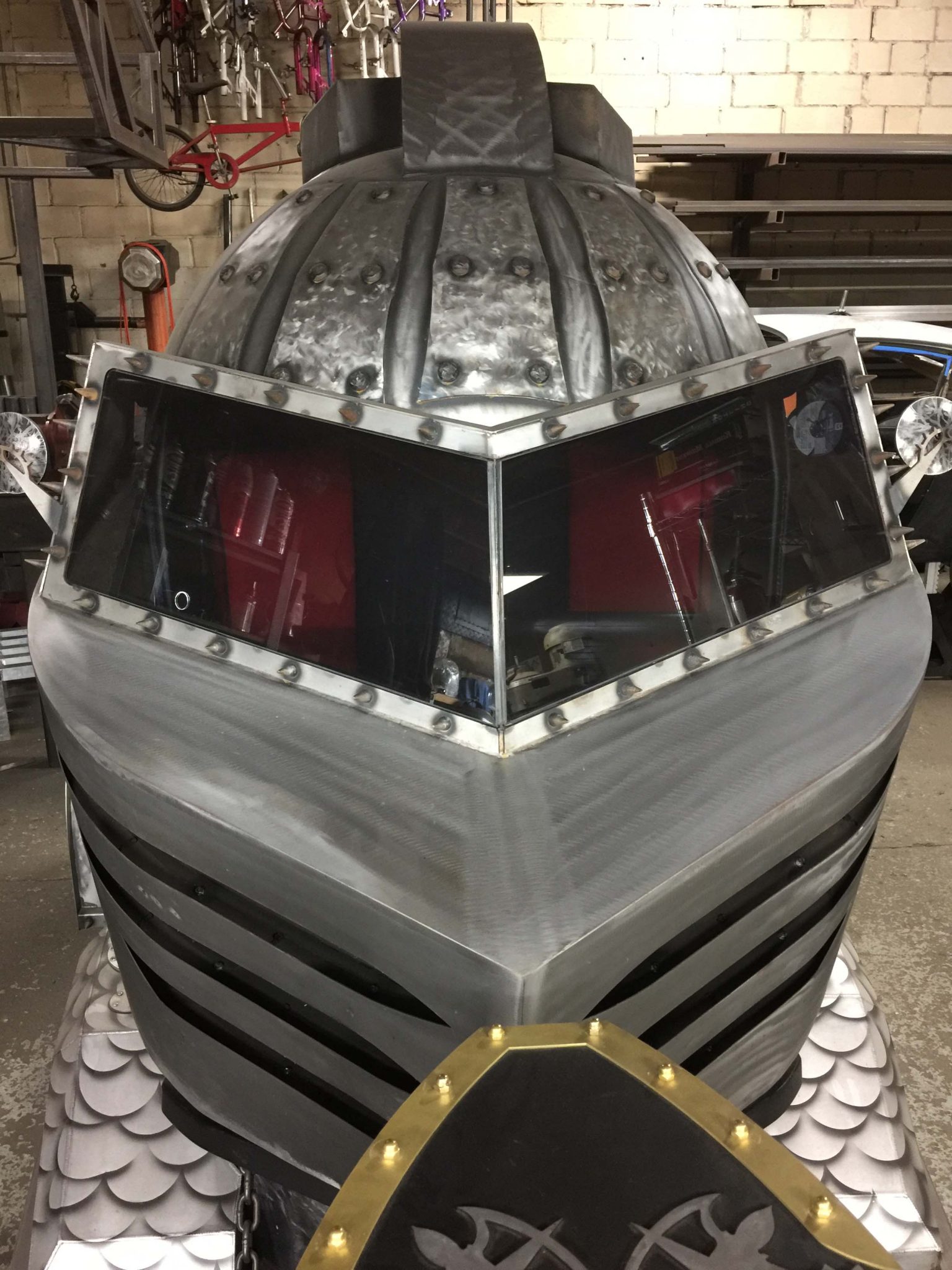 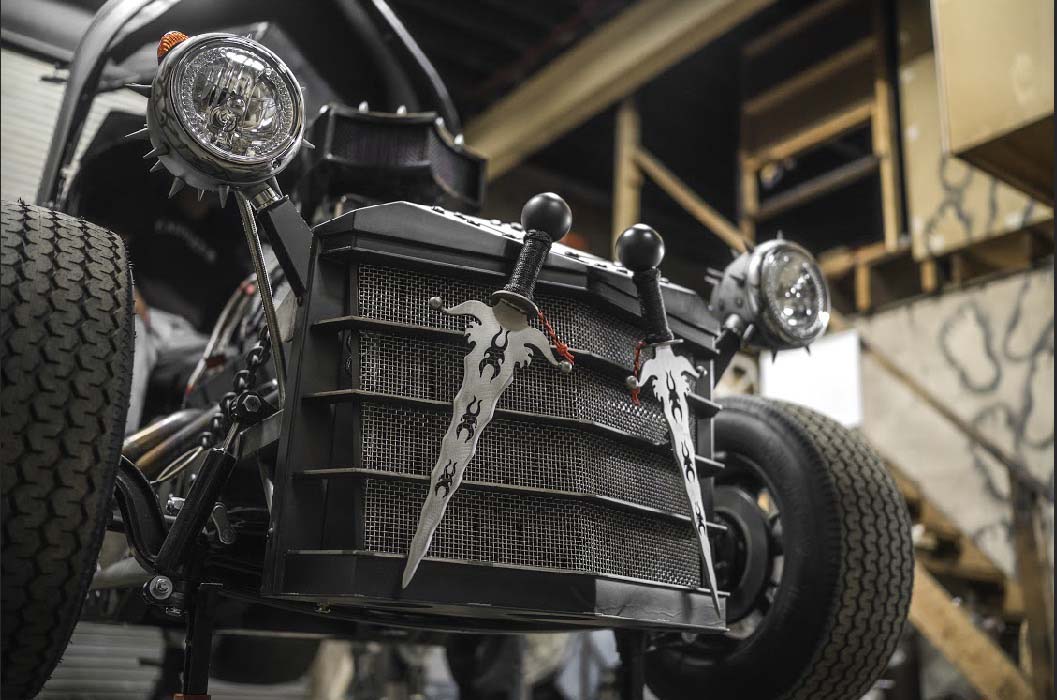 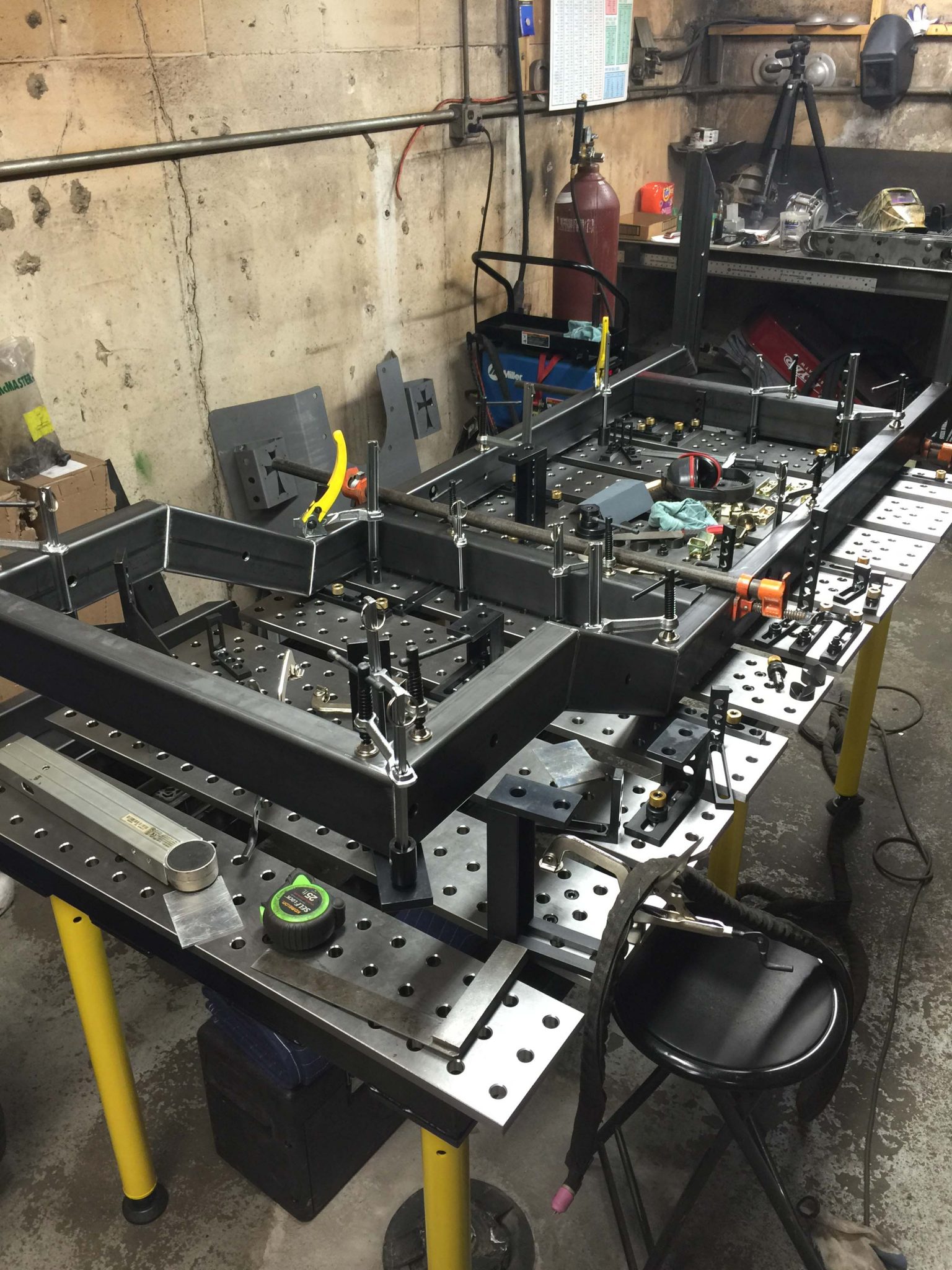 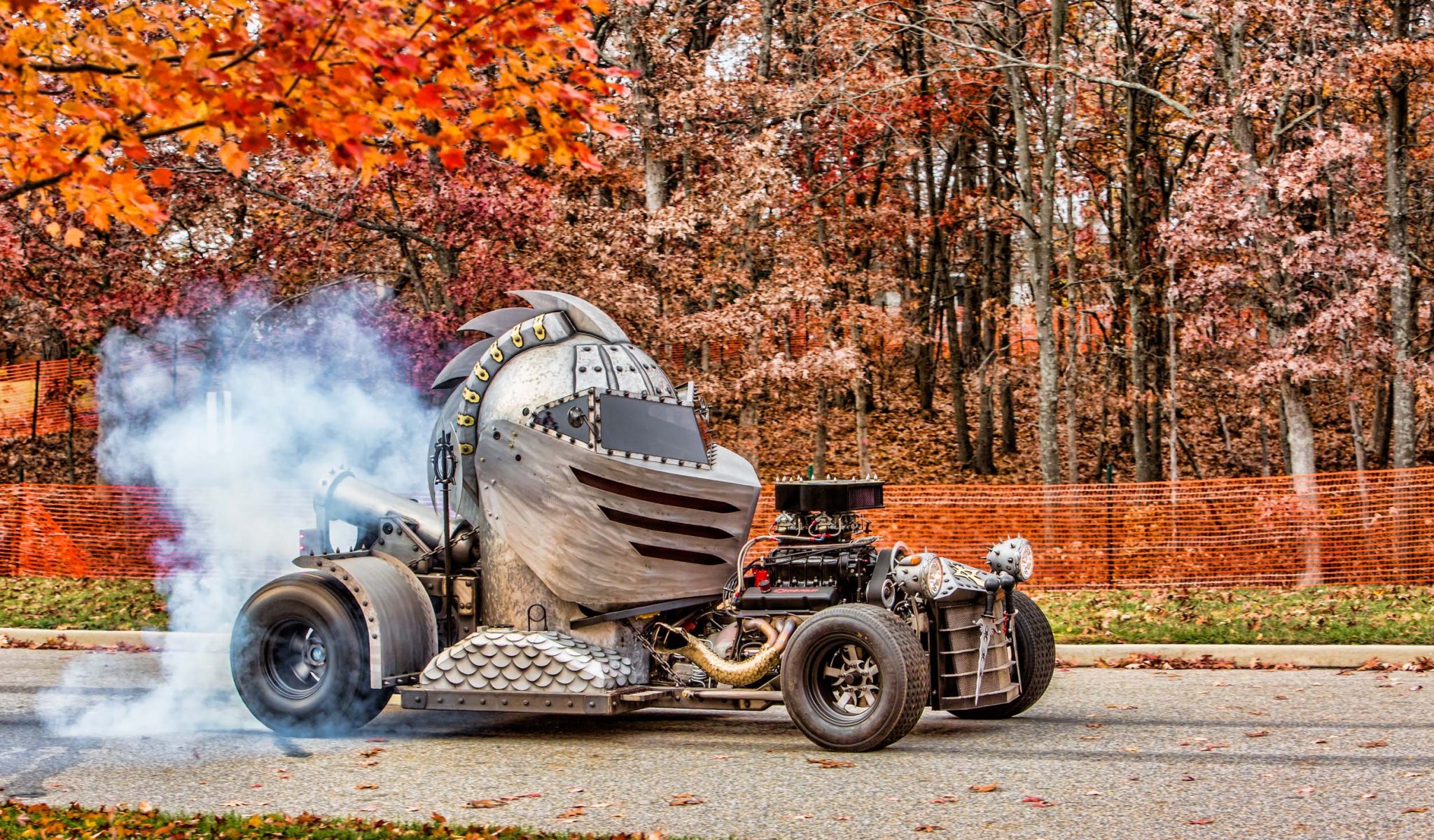 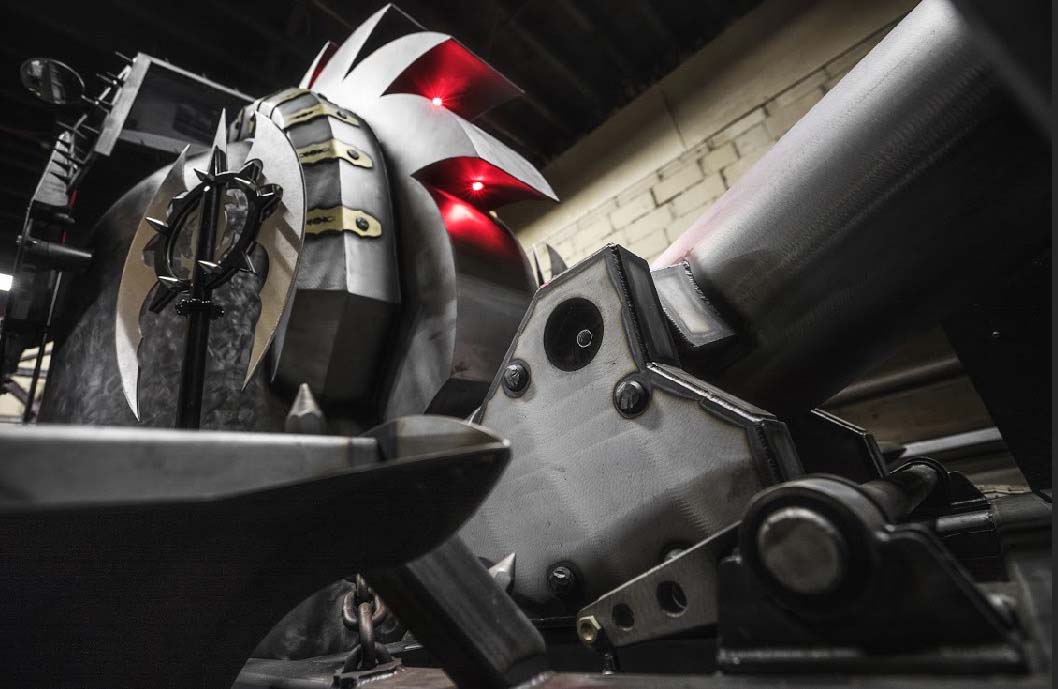 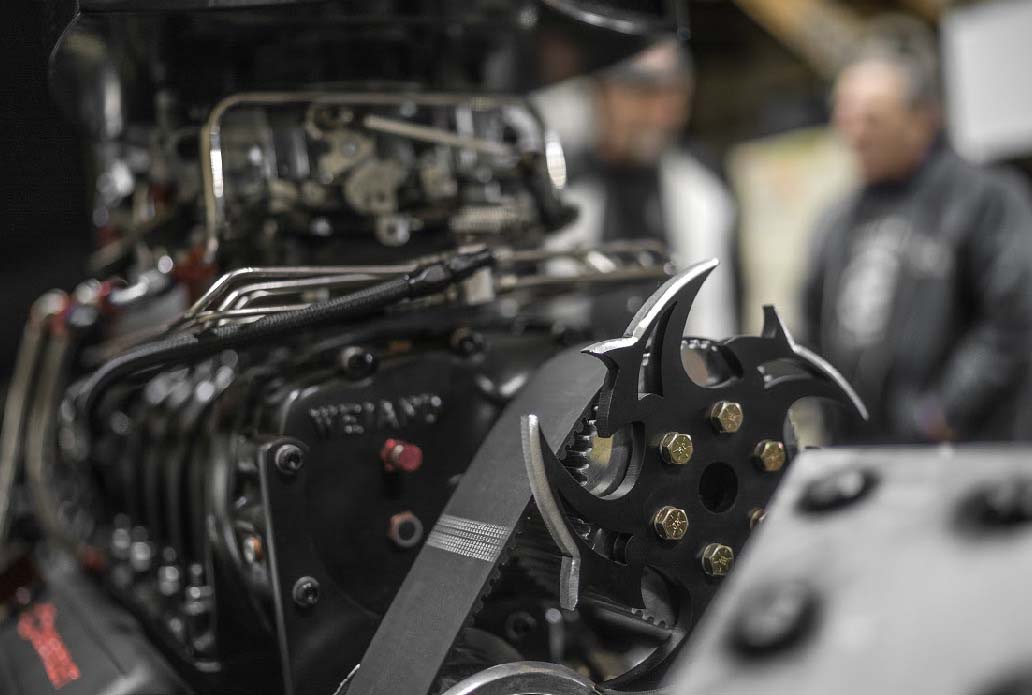 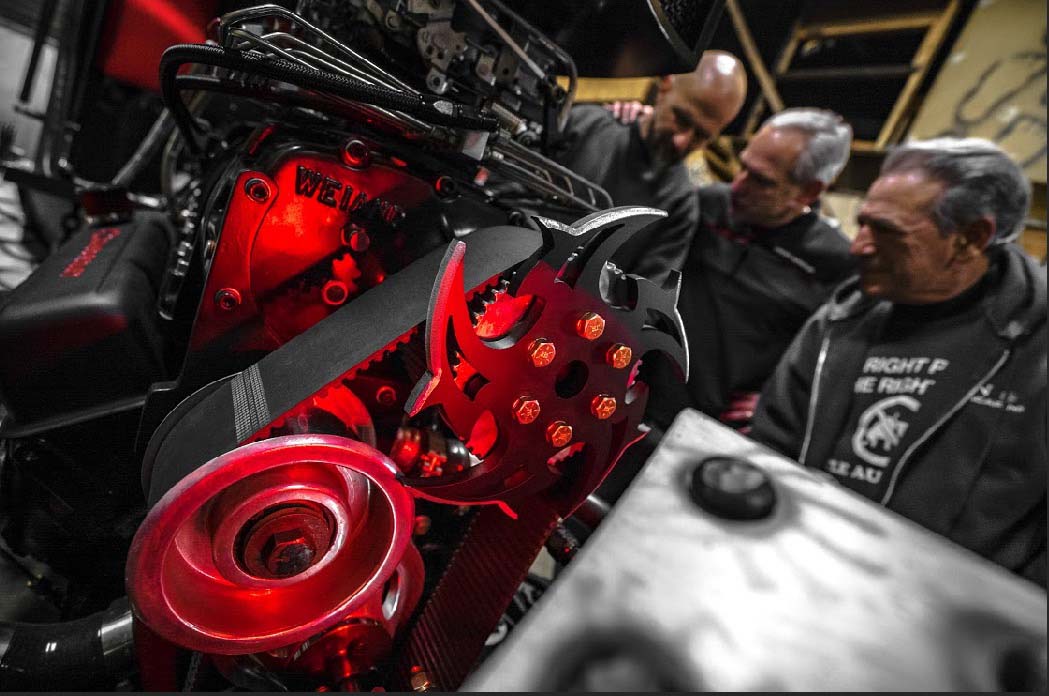 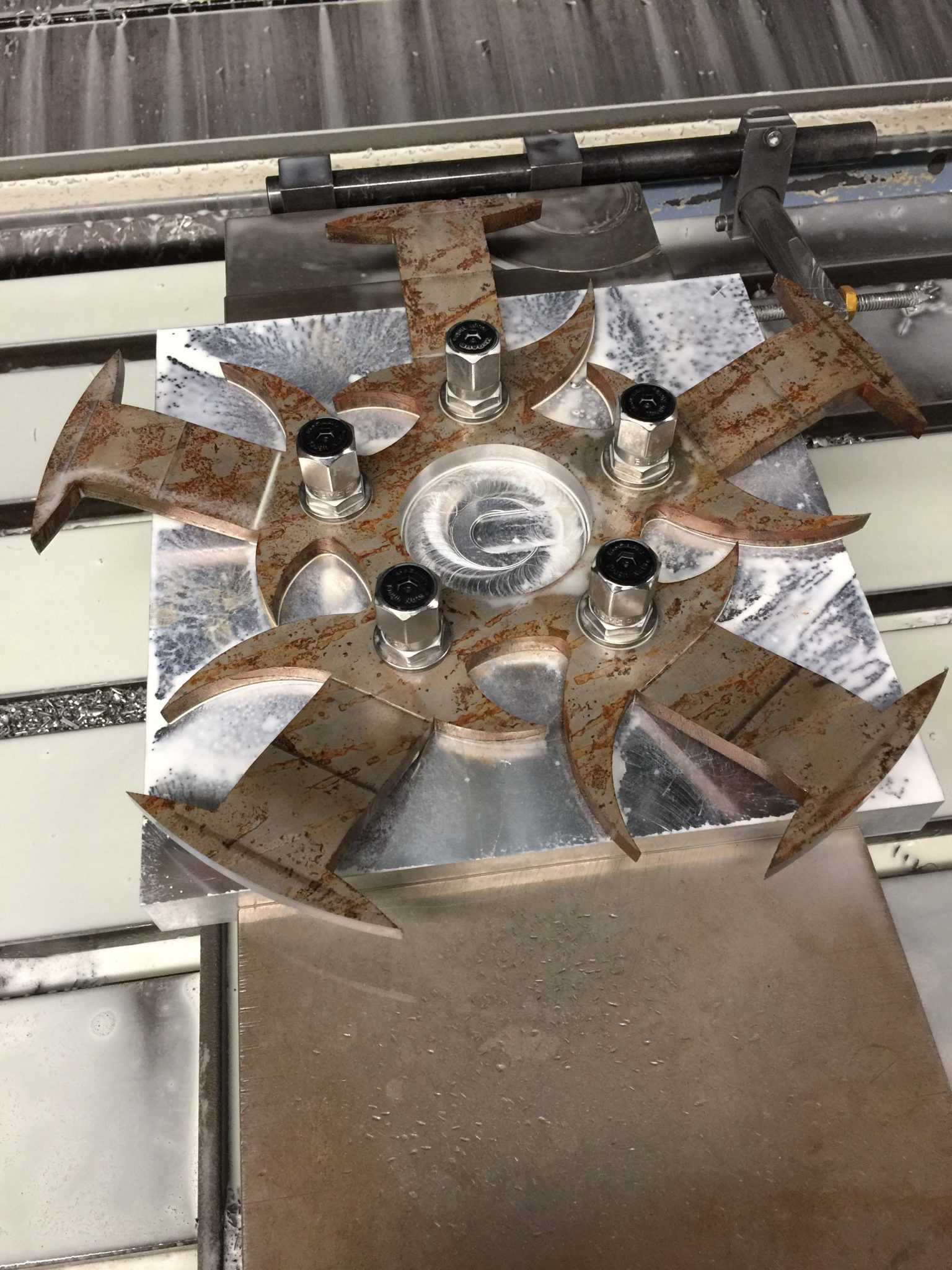 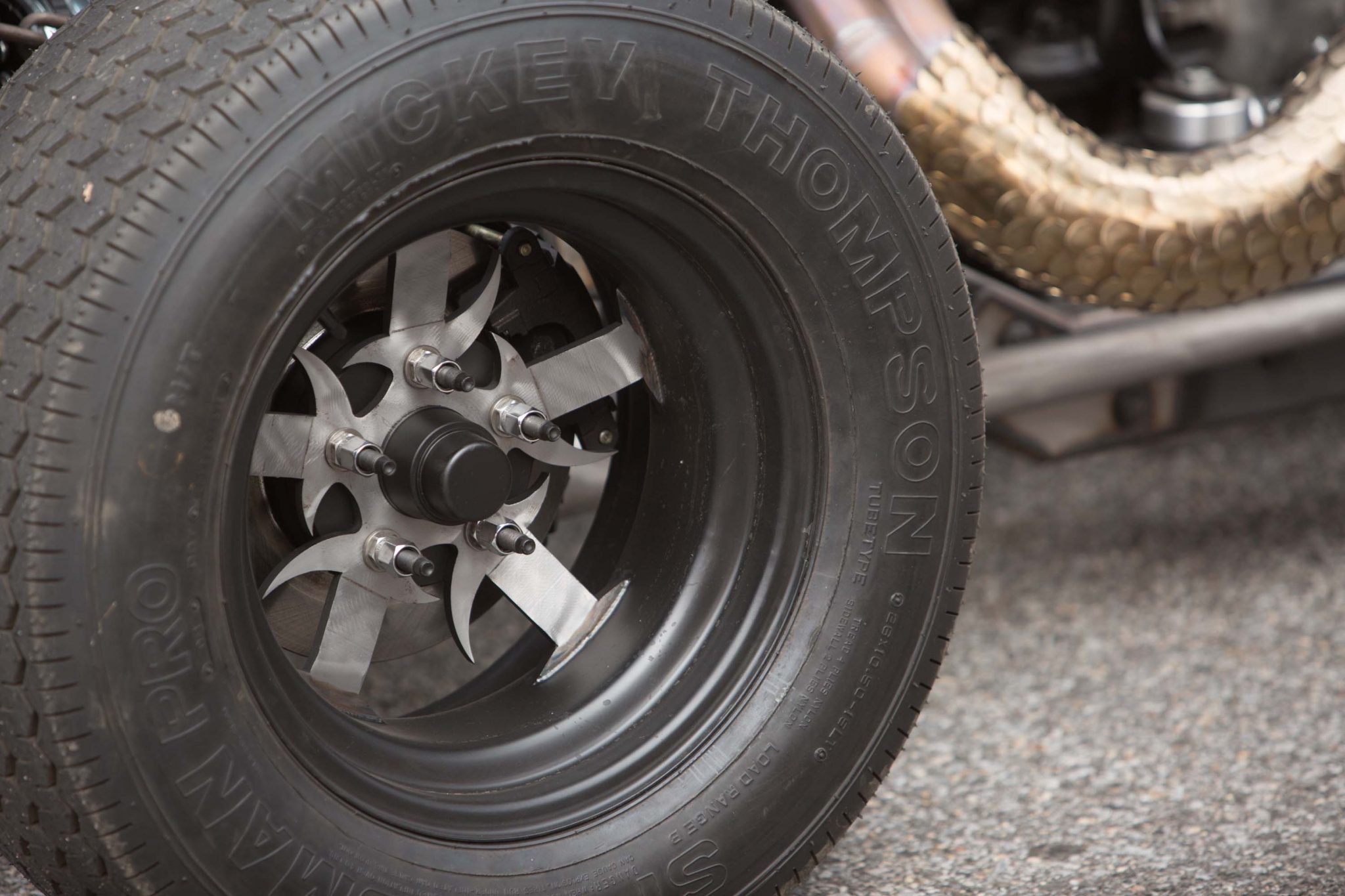 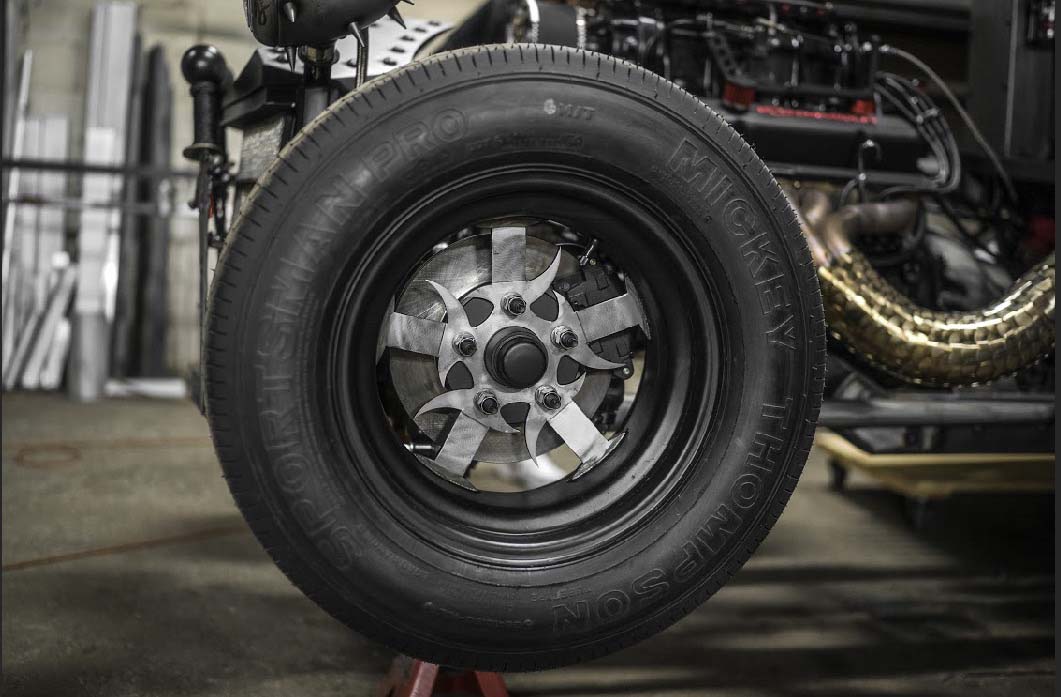 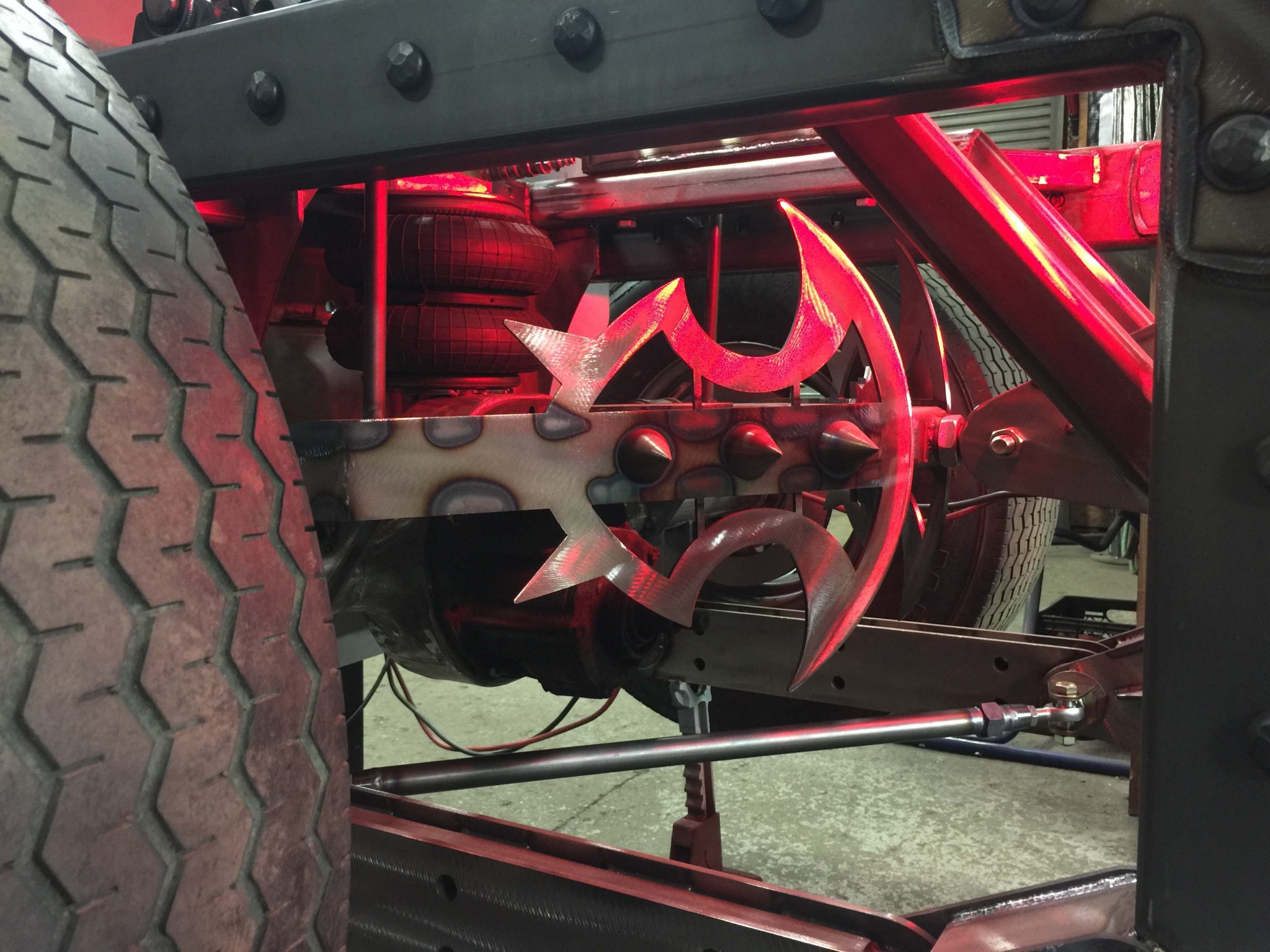 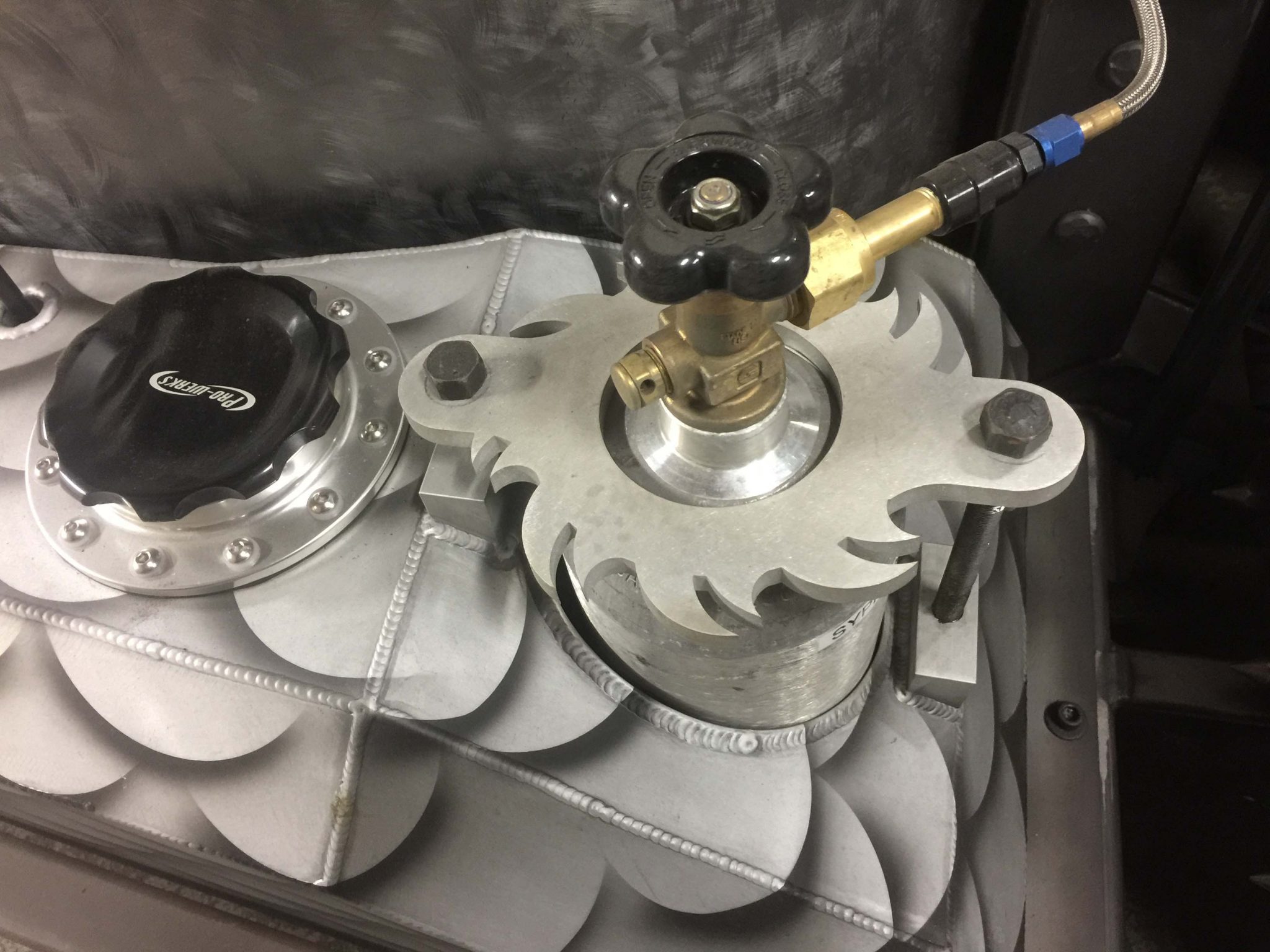 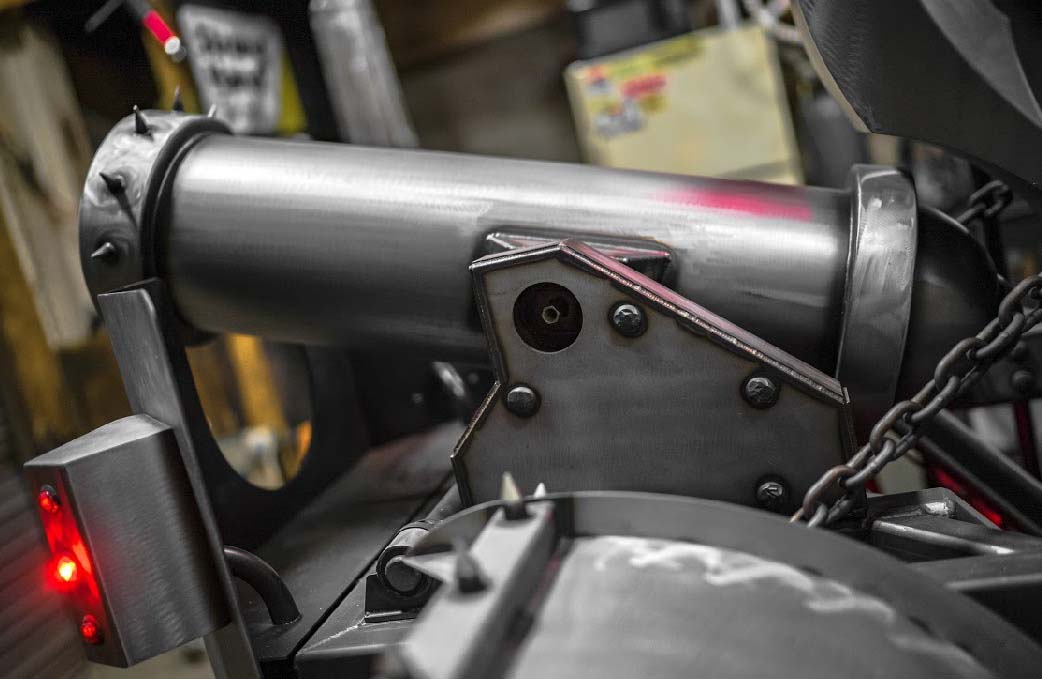 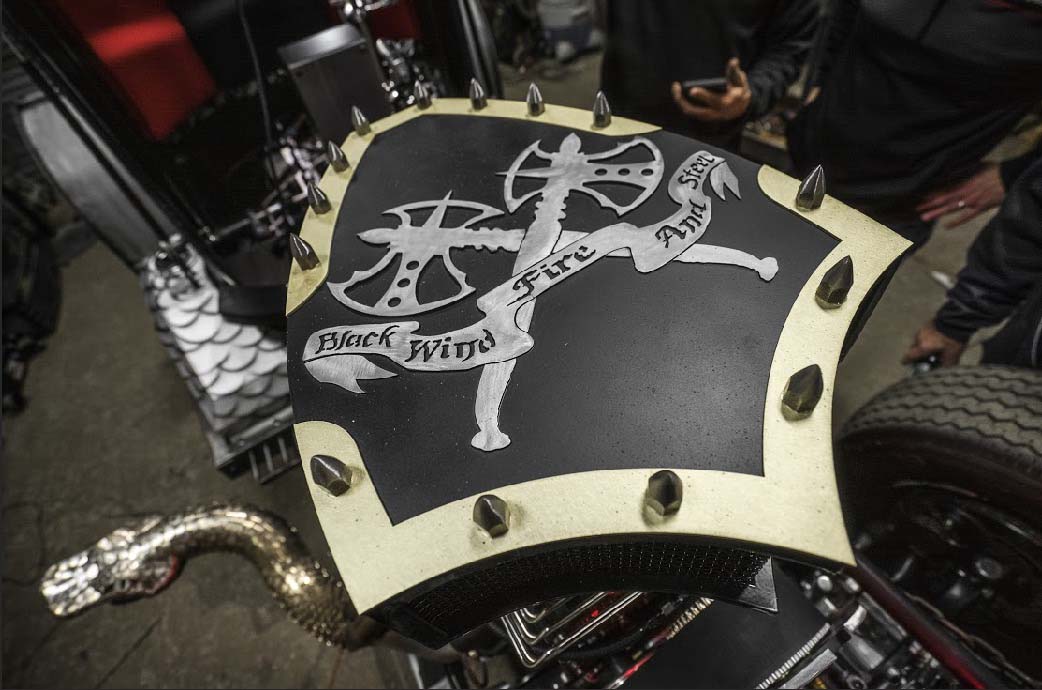 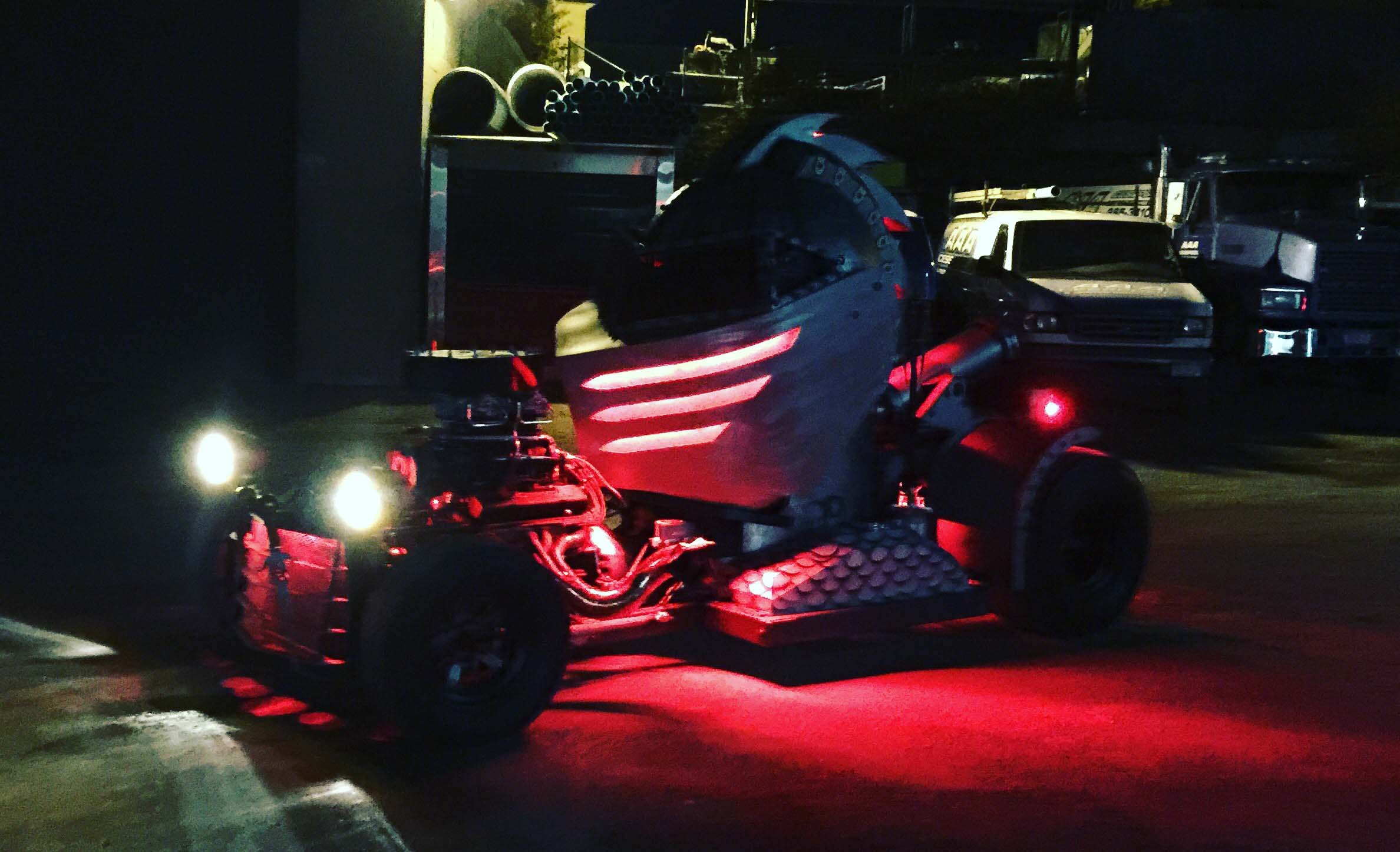 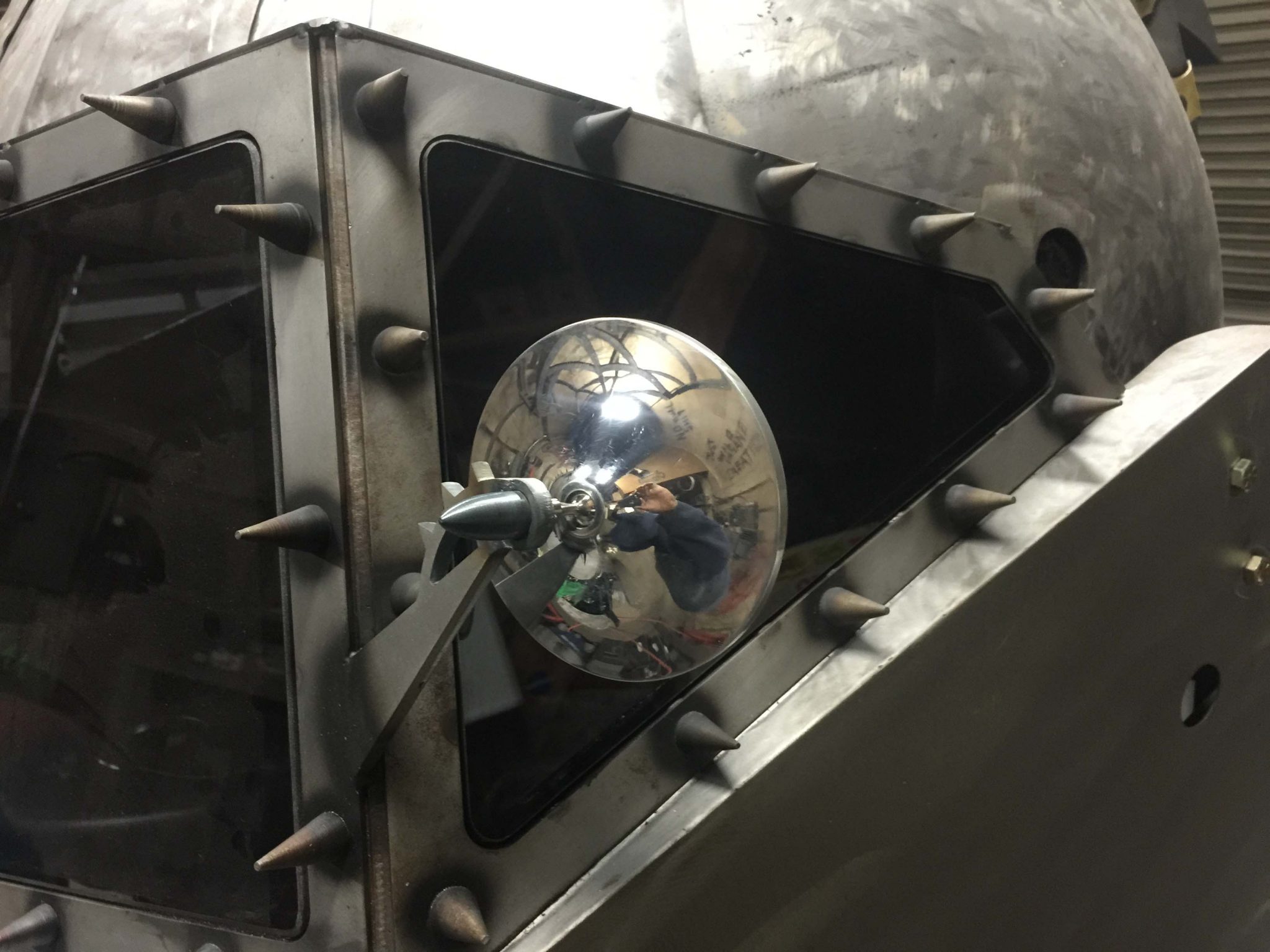 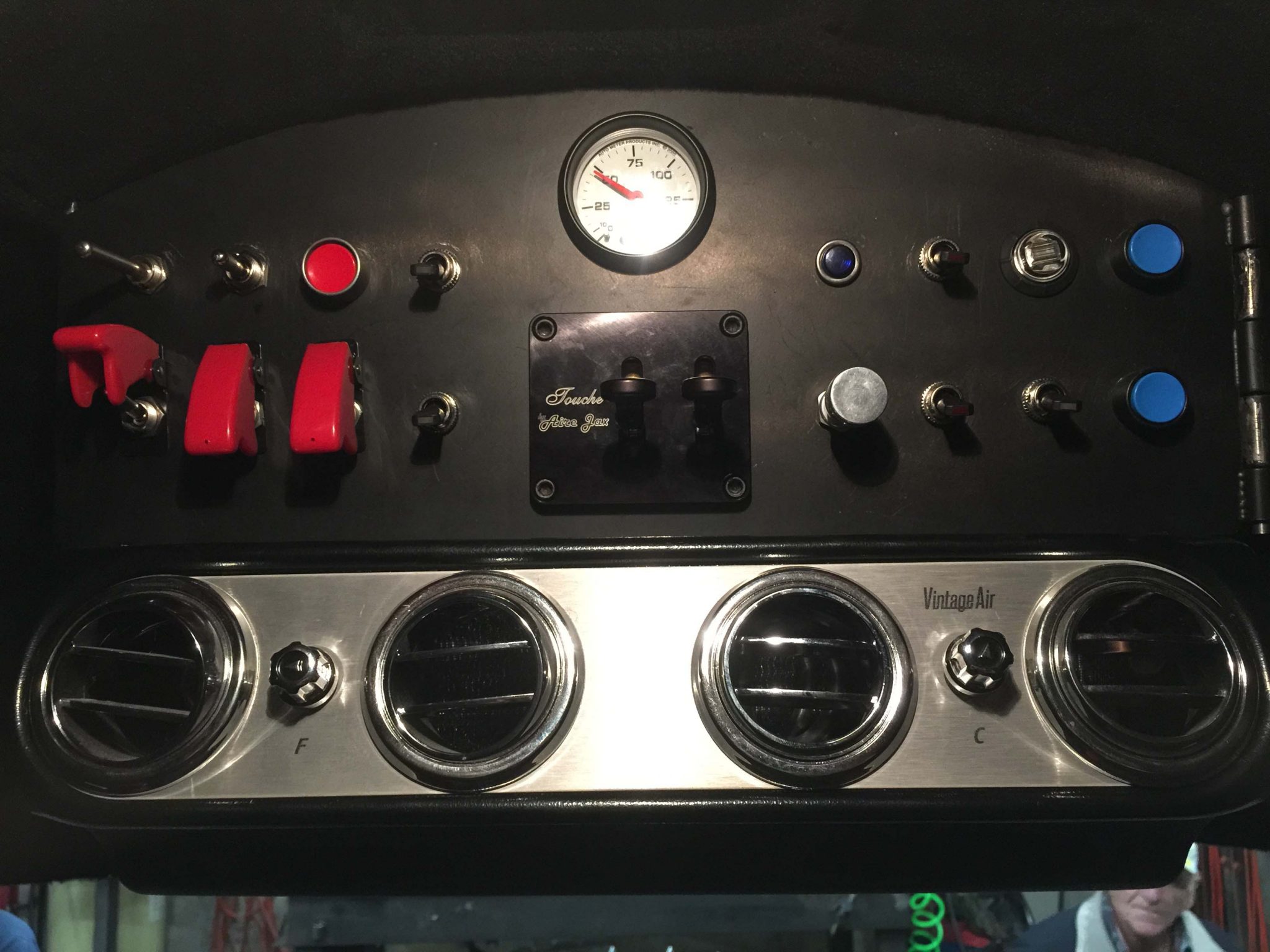 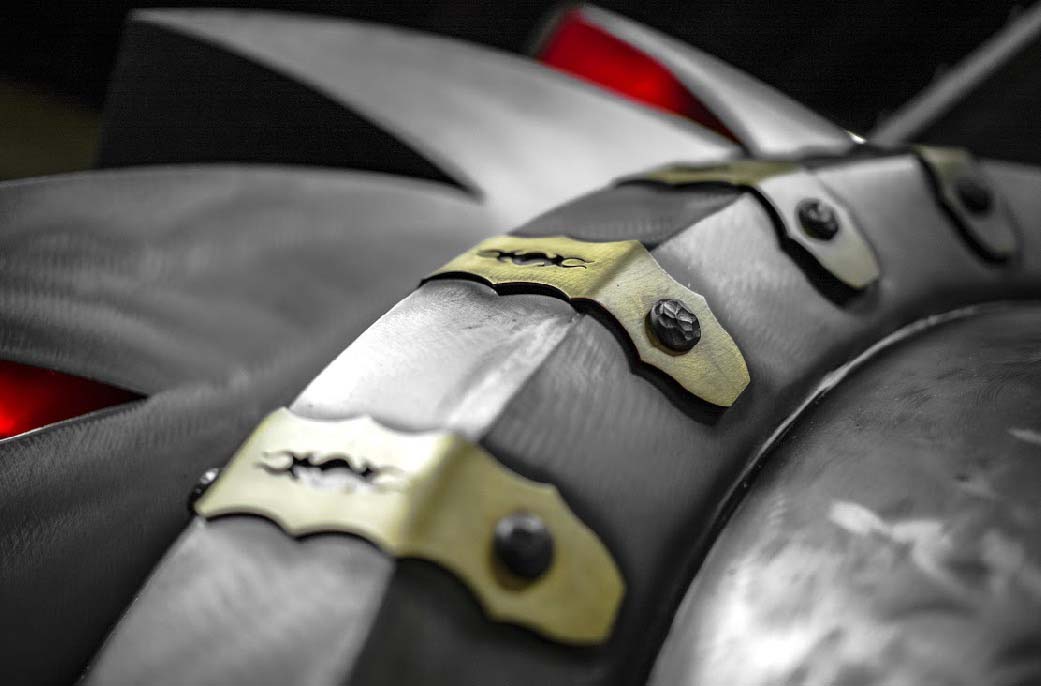 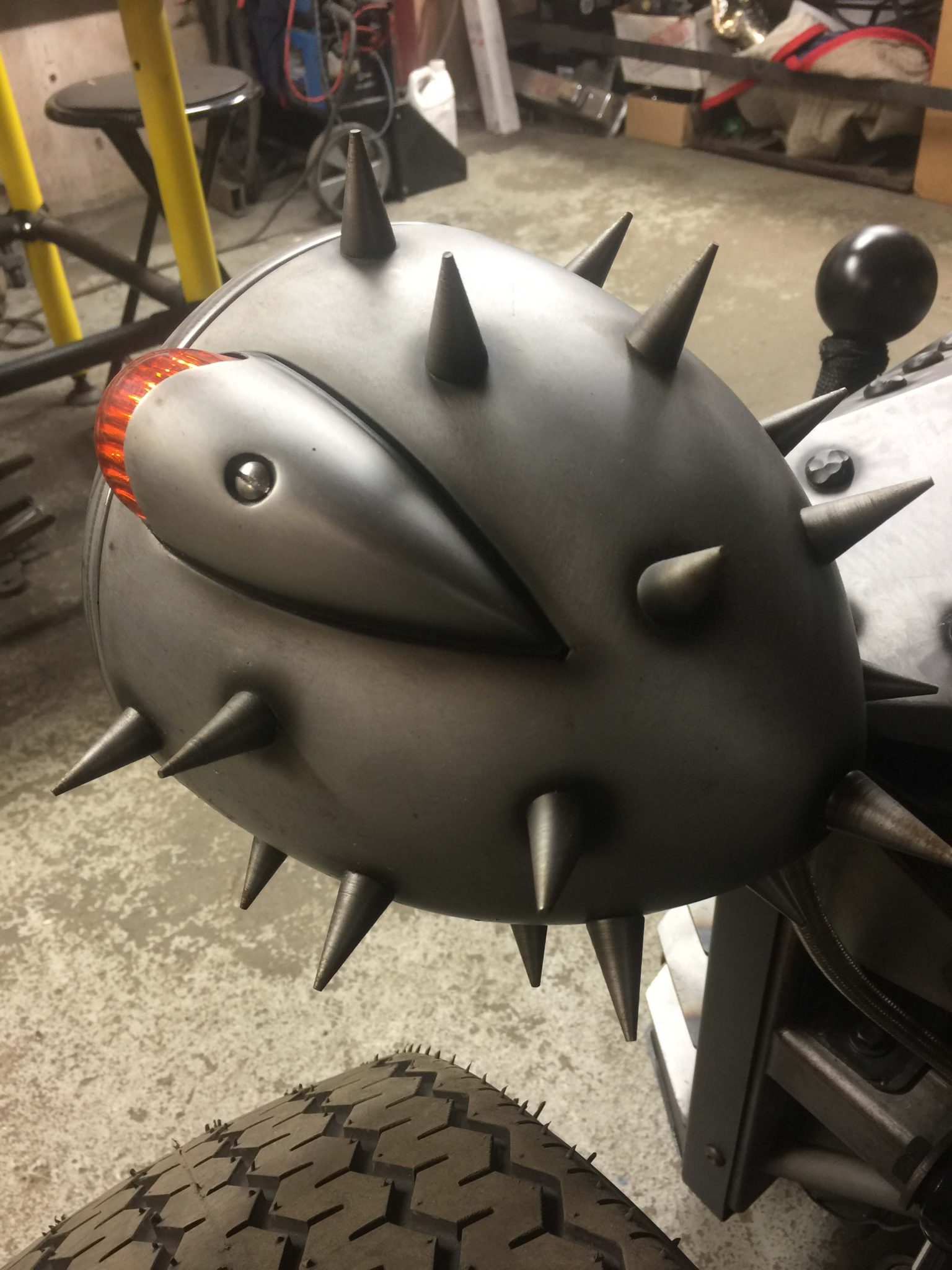 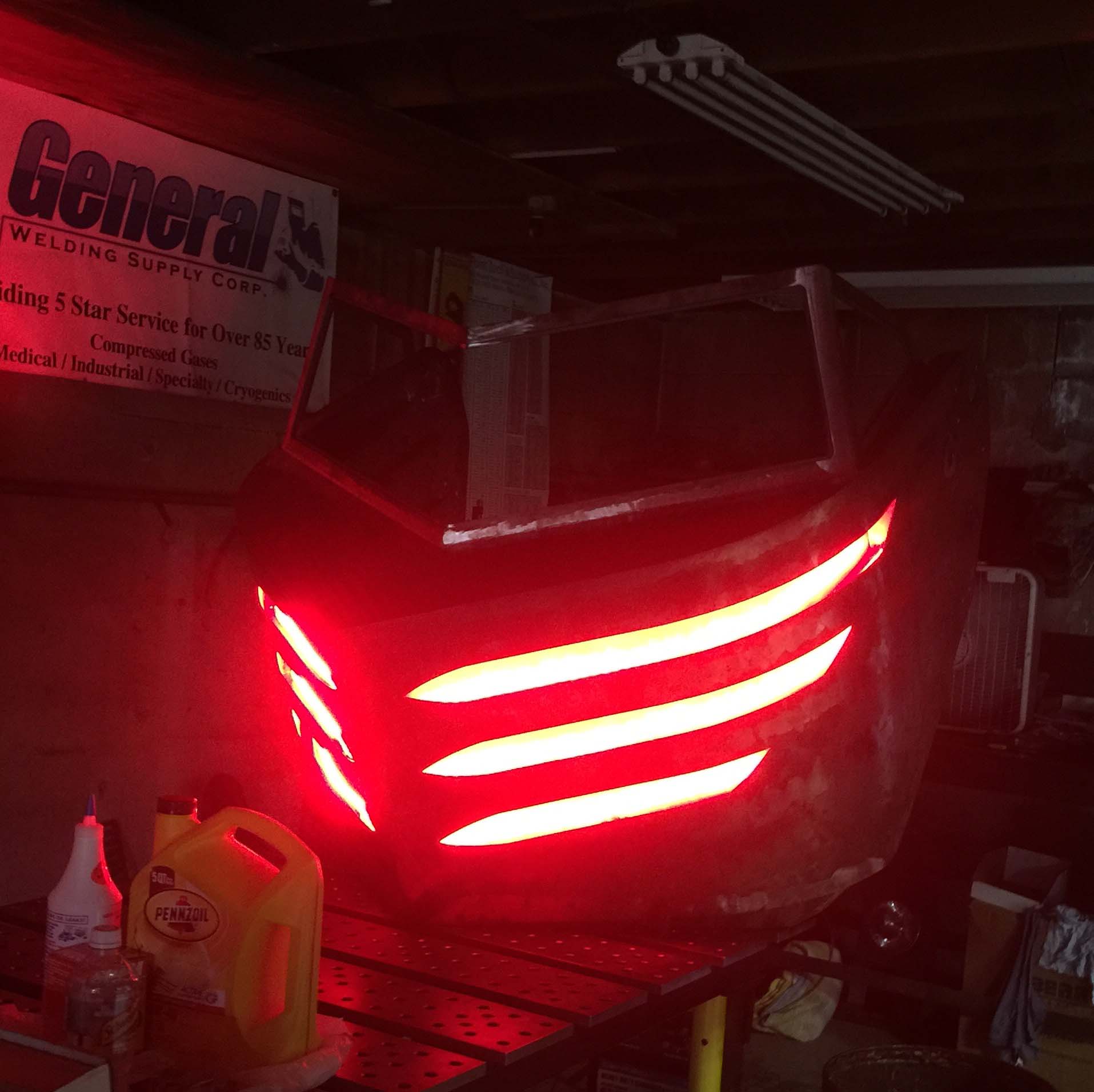 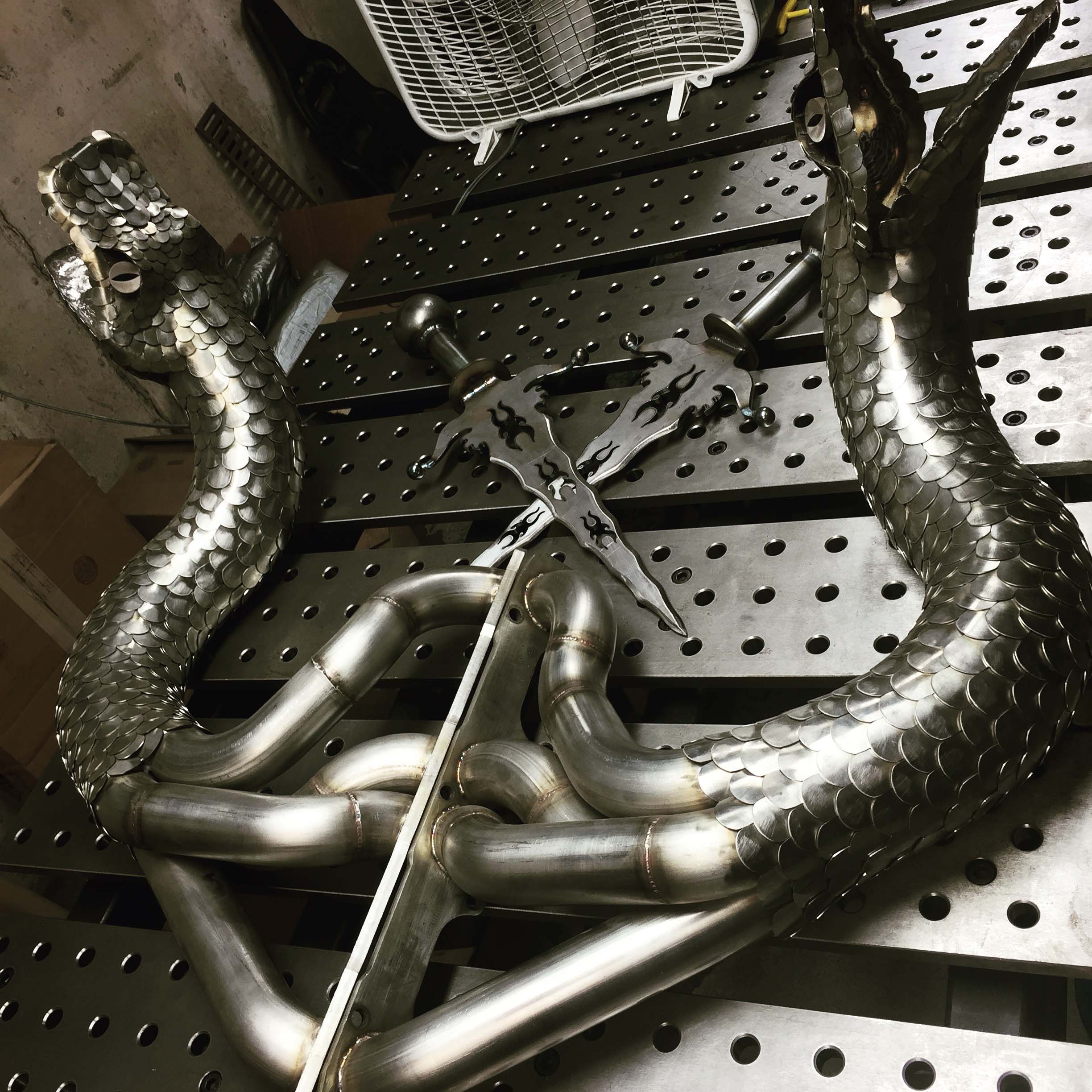 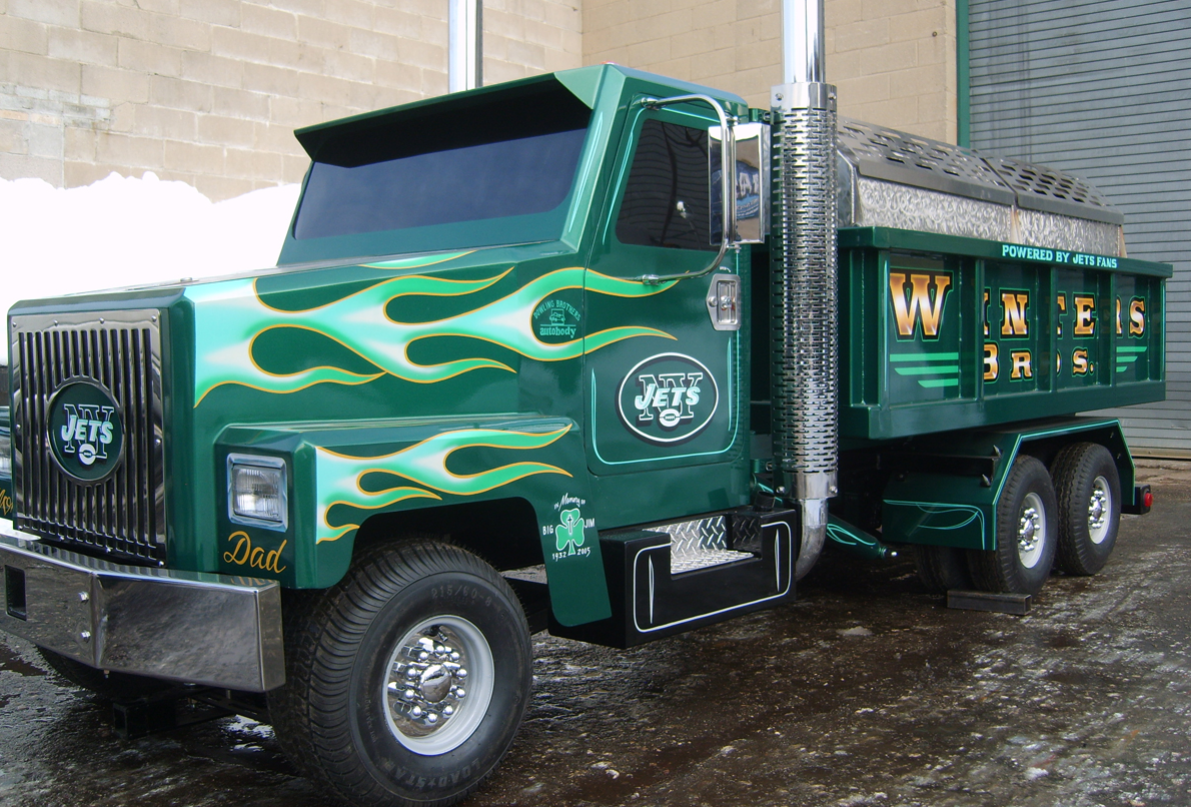