The Ford Raptor is the only current offroad specific stock pickup truck on the market today. Its capabilities offroad are what makes it a “Raptor” in my opinion. So any other vehicle that simply resembles the Raptor by looks, but doesn’t have the true offroad ability, shouldn’t be called a Raptor, IMO. The Super Raptor and Mega Raptor built by F250R most definitely have the look of an incredibly badass truck, and they very much resemble a Gen 2 Raptor, but they’re more suited for towing than they are smashing through the desert at high speeds.

The Super and Mega kits are installed onto donor Ford F250 Super Duty pickup trucks and they can include a long list of upgrades depending on exactly what the customer wants. The biggest claim to fame of these two trucks are they look like giant Raptors, and have giant motors to go along with them. F250R is quick to point out that any resemblance to the actual Ford Raptor happens when they purchase front grills off the eBay that have “Raptor” already imprinted in them. F250R CEO Jeremy Dixon claims that they can and have removed the Raptor per customer request, and also is quick to add if Ford disapproves with him using the Raptor name in the way he is, he will stop immediately, which I can respect that. I mean there’s no arguing that the Super and Mega Raptor look the part. It’s the performing the part that they struggle with. Here are a few tidbits about each of these massive trucks to help you get a better understanding.

I figure it’s best to start with the big boy which is the monster they call the Mega Raptor. Like I mentioned before, it started life as a donated F250 Super Duty. Apparently the 2016 model has been very popular for this. Jeremy and his crew then strip it down and proceed to build fiberglass body panels for it including massively wide fender flares. Which offer both form and function, because not only do they make the truck look as wide as a house, but it also makes room for the giant 49-inch military tires mounted on MRAP wheels. It also has a 4-inch lift to help accommodate the massive tires. Aside from the giant tires, the major selling point for the Mega Raptor is the 6.4L Powerstroke diesel under the hood providing the oomph needed to turn those giant tires. Speaking of oomph, Jeremy claims the Powerstroke is putting out an incredible 580hp and even more impressive 1200lb-ft of torque, which is more than enough to tow anything you could ever want. The Mega-Raptor has the option of a 5th wheel tow hitch to meet all of your towing needs. Which to be fair, towing is one thing the Raptor is not good at.

Now the Super Raptor isn’t as big as the Mega, but it’s still a huge truck. If you lined it up next to an actual Raptor or any other full-size truck, the Super would dwarf them and make them look like a mini truck. It’s fitted with 40-inch tires and is also lifted approximately 4-inches just like its bigger brother. The big claim to fame on the Super is that it doesn’t have the silly Ecoboost twin turbo V6 under the hood. Instead, it comes with the beloved 6.2L V8, and therefore it sounds exactly like a truck that looks like this should. Jeremy didn’t specify what the power specs are on the gas powered Super Raptor, however, we have to assume it’s been slightly upgraded over stock so it probably puts out something in the 450hp range. It won’t tow like the diesel powered Mega will, but apparently it will still tow quite a bit more than the standard Raptor.

There is definitely a place for these trucks on the market. When you stop and think about it, very rarely do you meet someone that owns a Raptor and actually uses it to its full potential. More times than not, people buy Raptors as a statement truck and they use them as a daily driver to and from the concrete jungle they call work. And there’s nothing wrong with that, I happen to know first hand that the Raptor rides like a dream on the road. The Super and Mega Raptors are built specifically for that type of user, and that user will absolutely adore their truck. Especially if they also use it for towing purposes.

Now I should clarify that Jeremy is quick to point out that they custom build each truck per the customer’s request. And if you’re looking for the offroad performance of a real Raptor, they will add full bypass shocks and any other upgrade the customer is whiling to pay for. Speaking of pay, the pricing of these trucks is actually not as astronomical as I expected when first seeing them. A great majority of the price is based on what you pay for the donor F-250, but once you have one you can take it to F250R and they will turn it into a Super Raptor for just $22,000. If you stand firmly behind the “go big or go home” motto and don’t want to settle for anything but the biggest and baddest, the Mega Raptor will cost you $28,000 on top of whatever you pay for the donor.

With the cost of donor trucks starting as low as $40,000, you could potentially get into one of the giant Raptors for about the same price as a standard Gen 2, especially when you consider the dealer markup that customers are paying. But it really boils down to what you want to get out of the truck. How do you see yourself using the truck? I’ve actually seen these trucks from F250R in person and they really do look spectacular. I just think they could possibly be shooting themselves in the foot as a company by using the Raptor name, not only by risking repercussions from Ford corporate offices, but also with hardcore Raptor enthusiasts that think the Mega and Super Raptors are something they are not. However, F250R isn’t having trouble selling the massive trucks. Apparently, they have a month long waiting list. 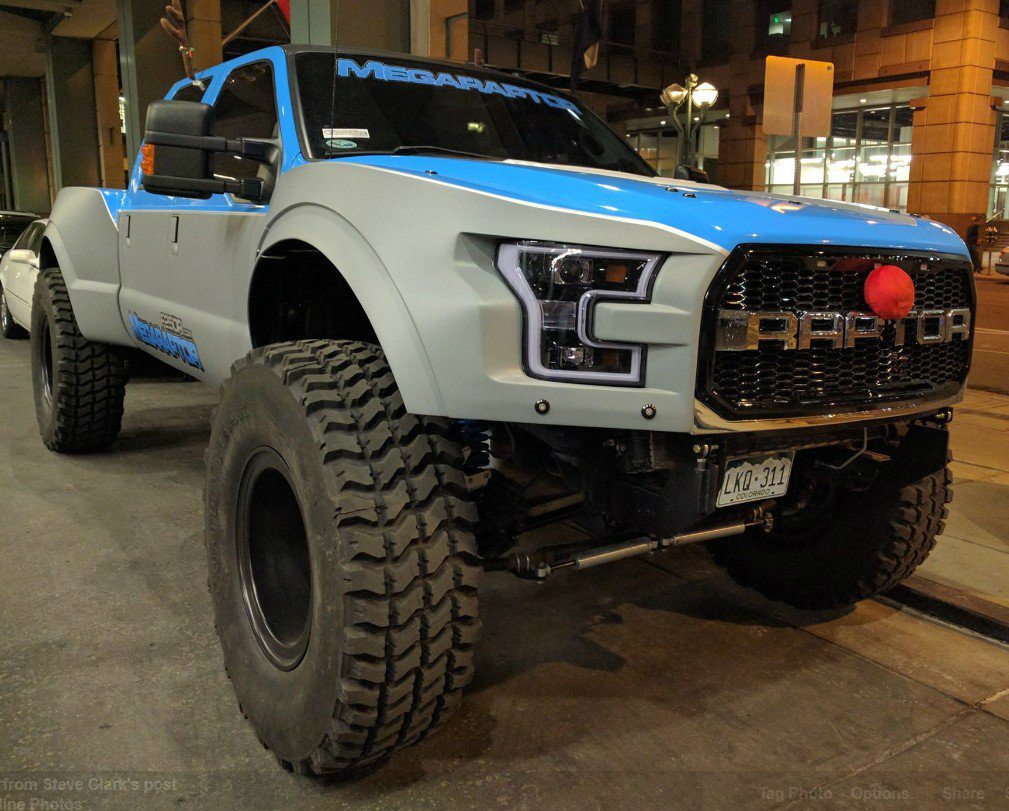 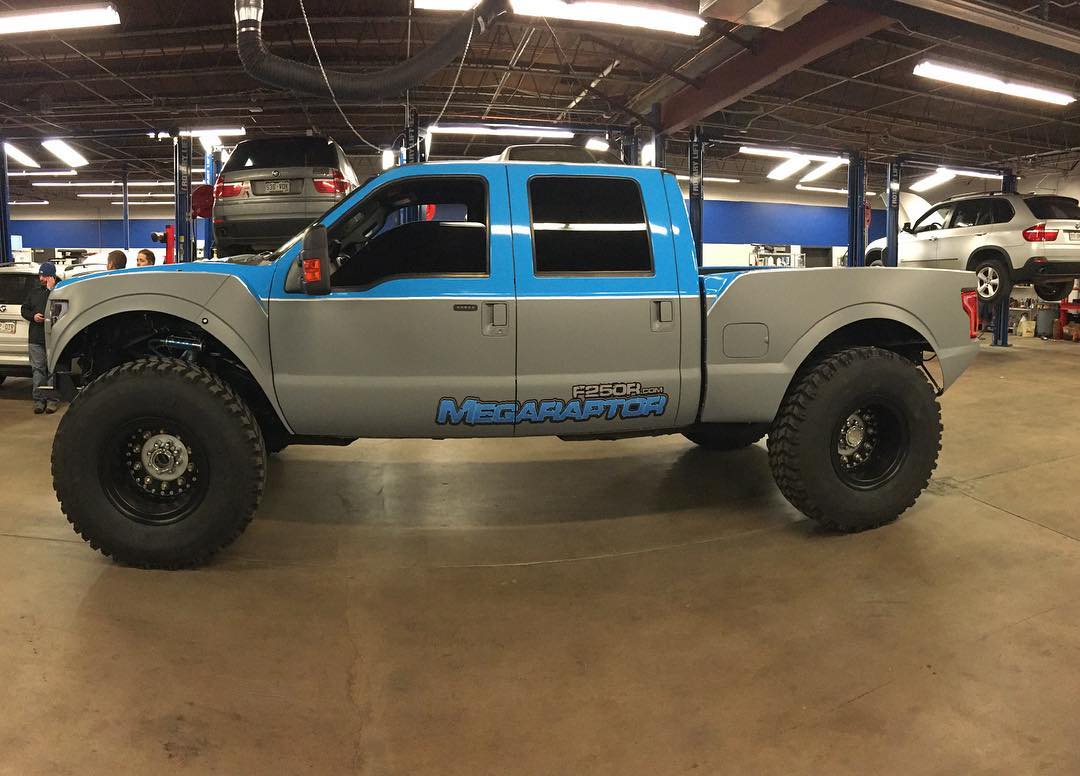 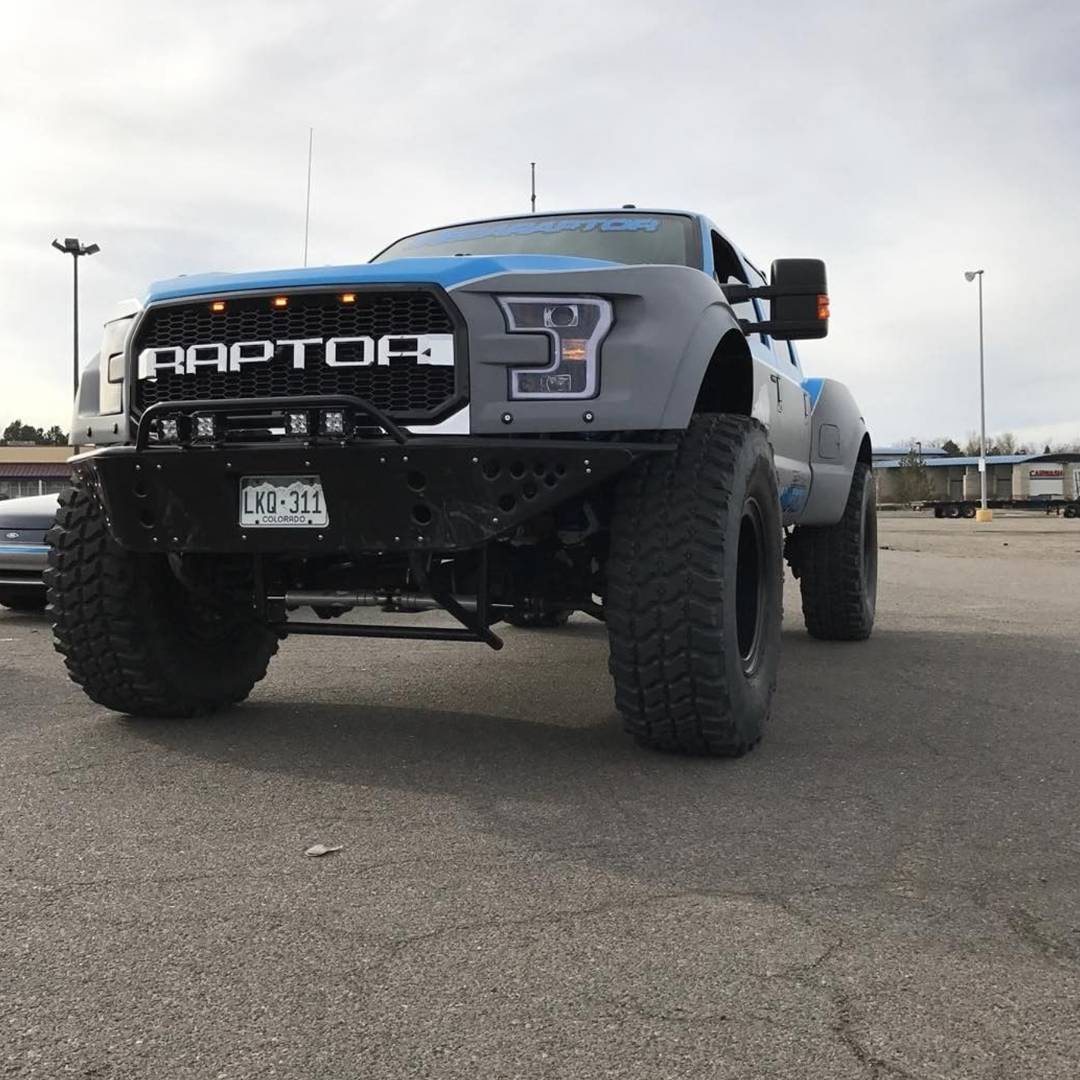 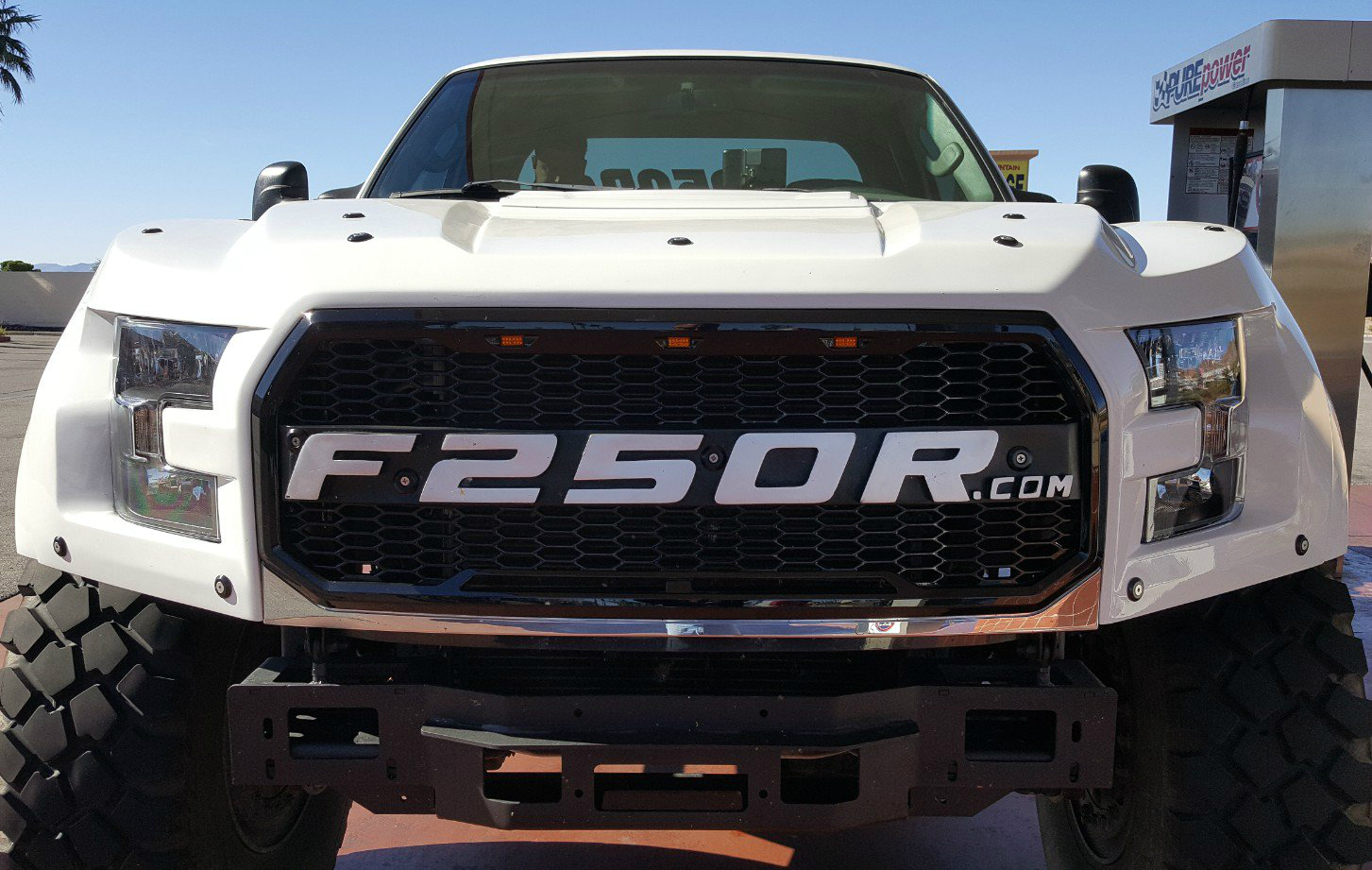 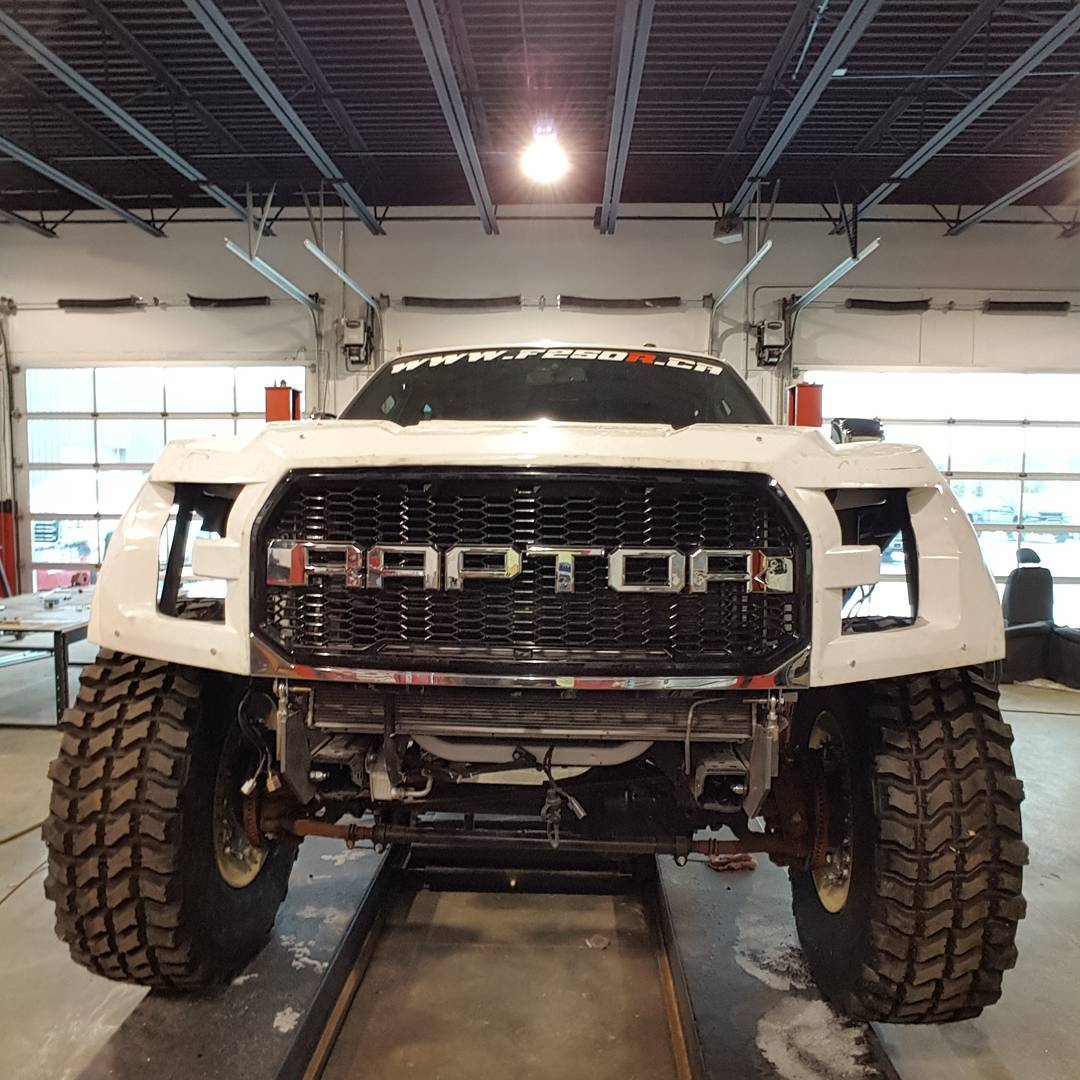 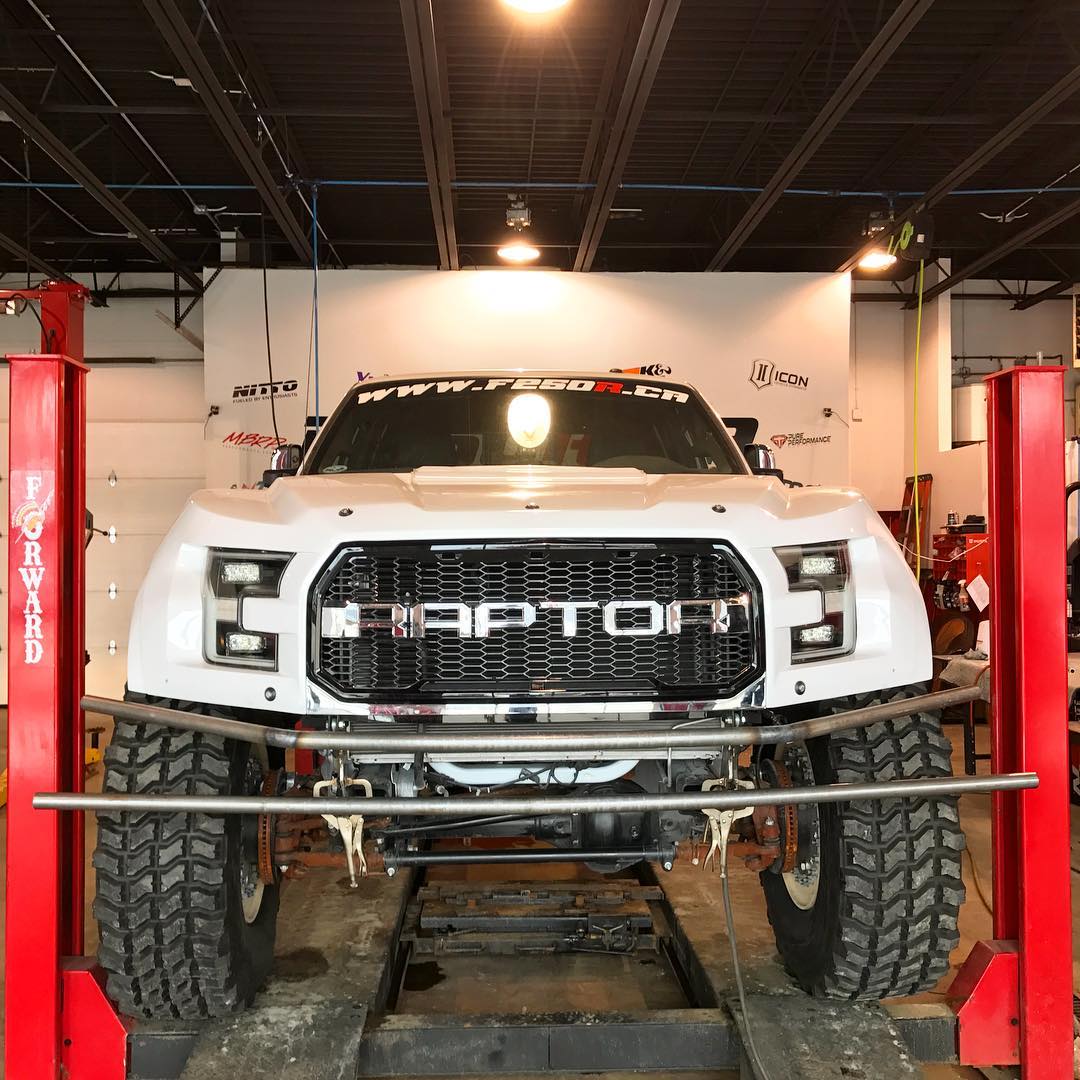 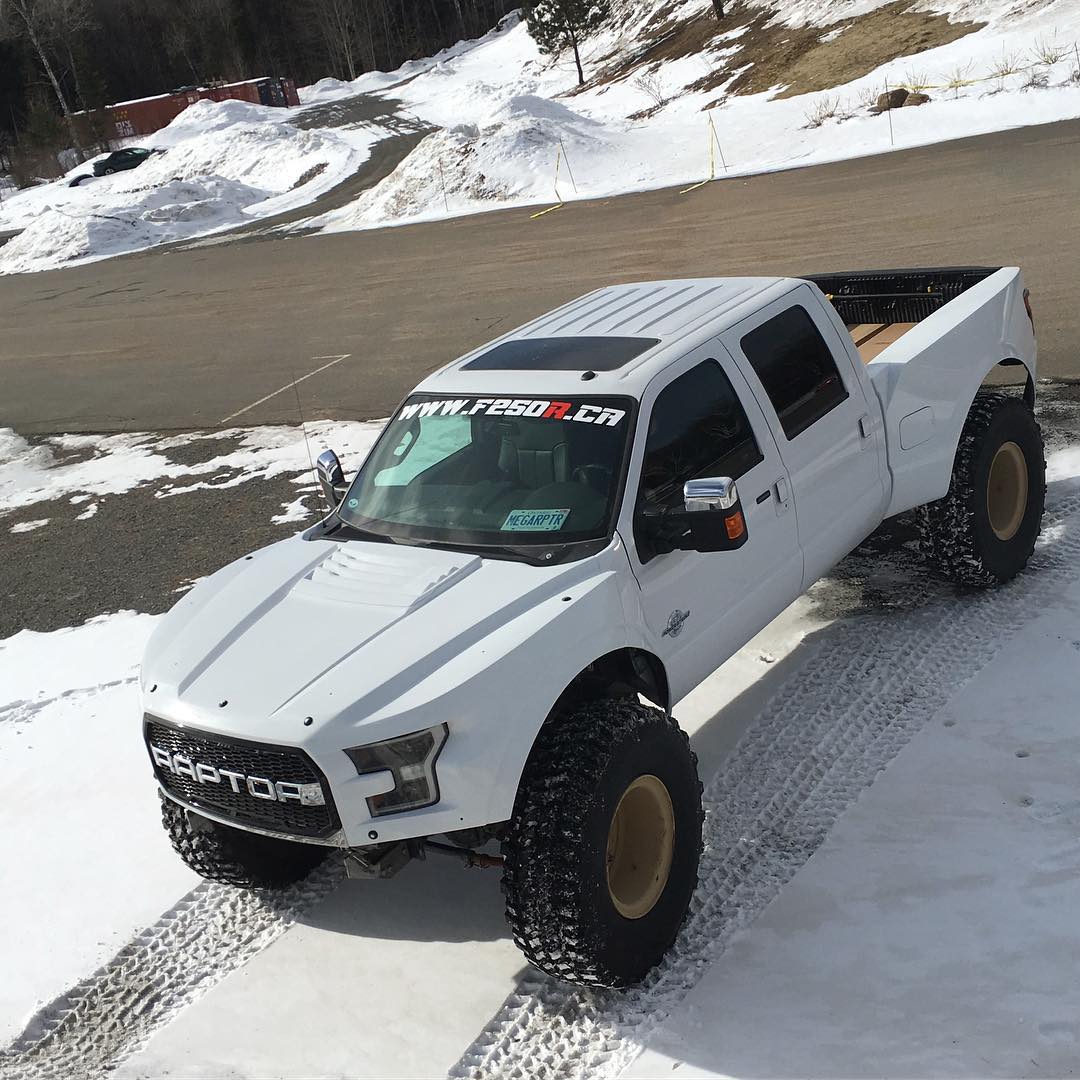