I’m sure every moto enthusiast has heard of the World’s Fastest Indian by now. Afterall they did make the story into a movie. After some 50 years, Indian Motorcycles is heading back to the salt for yet another record attempt, all in honor of the great Burt Munro.

Burt Munro was a maniac by every sense of the word. The New Zealand native was a speed junky, if I’ve ever seen one, and the salt was his fix. Munro tailored a 1920’s Indian Scout to compete in the 1000cc class at the Bonneville Salt Flats in Utah. Throughout his 50 years racing on the salt, Burt managed to set a handful of records, with one still standing to day. 184.087MPH is the record that still stands in the S-AF 1000cc class. That’s 50 years unbeaten if you aren’t counting. Unfortunately, Burt is no longer with us to brag about his incredible feat.

Because of this legendary feat, Indian Motorcycles and the Munro family have teamed up once again to pay tribute to the ‘fastest Indian.’ At first, it seemed like they were going to pay tribute to the legend by breaking his record, Indian has made it clear that is not the case. “The plan is not to break Burt Munro’s record, but to honor the effort by competing in a different class on the salt upon the 50th anniversary of Burt’s legendary run,” says Indian. With that, they will be running an all new 2017 Scout, tastefully modified for the rigors of land speed racing.

Fittingly named ‘The Spirit of Munro’ the 2017 Scout is a tribute to the technical marvel Burt built many moons ago. The ‘Spirit’ has had its engine nicely modified, now displacing 1299cc’s. The extra displacement comes from a larger 106mm bore. New cast-aluminum heads feature massive titanium valves and a set beryllium bronze valve seats. In other words a lot of high tech gear that Burt did without. Indian finished the build with CP pistons and Carillo rods, all while keeping the bottom end stock. Even the gearbox stayed stock, including ratios. Obviously, the Scout was converted to a 520 chain setup, making final drive swaps much easier.

Indian built this project strictly out of passion. This isn’t some publicity stunt, although it is tantalizing. The crew that slaved over ‘The Spirit of Munro’ are just a bunch of passionate riders. So much so that they built this bike on their own time, free of charge. Putting in a massive amount of work for bragging rights is what Bonneville is all about, making this even more of a tribute to the late Munro. The entire bike was built utilizing Indians R&D department in Minnesota. This meant scrounging for usable parts and utilizing the test facilities for more than just road going bikes. As luck would have it even the ‘Spirit’s’ frame is from the R&D fleet, saved from a life left out doors.

Piloting the ‘The Spirit of Munro’ will be none other than Burt’s Grand Nephew, Lee Munro. The 41-year-old New Zealand native has a well-documented road racing background, making him a perfect candidate to continue Burt’s legacy. The duo has already set a record of 186.681-MPH while attending an event on California’s El Mirage dry lake. And while that is faster than Burt’s Indian, it isn’t the end goal. The team is hoping ‘The Spirit of Munro’ will be able to catapult itself into the 200-MPH club, a fairly exclusive club at that.

The record attempt will be happening at this year’s Speedweek, held annually at the great Bonneville Salt Flats. While the weather has wreaked havoc on the event in years past this one is looking to be particularly prime. While this project is all about Burt’s legacy, it’s worth noting the return to form Indian has enjoyed with its new Scout. In Burt’s day and age, the Scout was the most dominant force in many forms of racing. For 2017 the Indian is back on top, crushing its competition in almost every race it enters. With that fact in mind I have no doubt the team will come home with a new fastest Indian, and a legacy of even faster Munro’s. 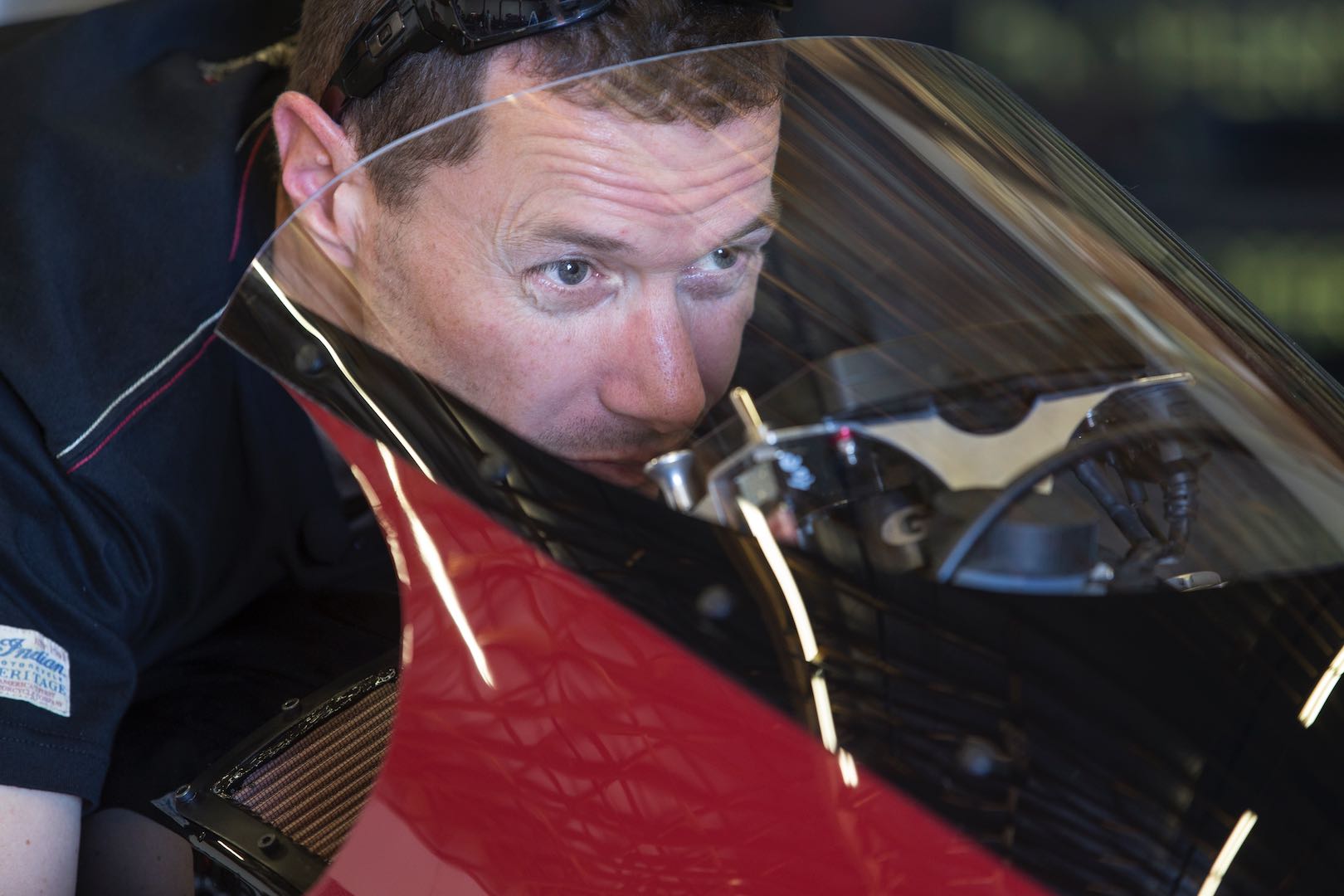 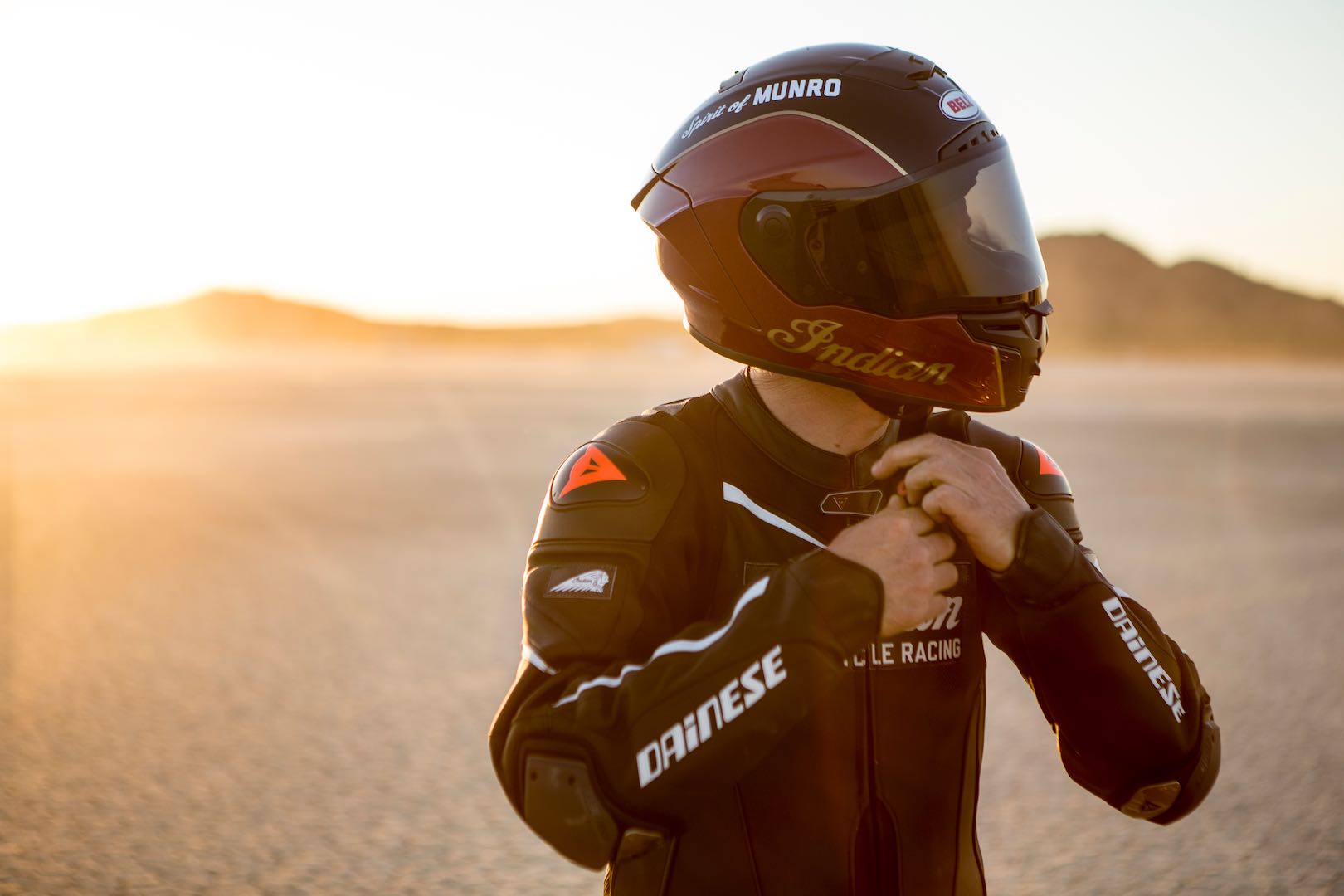