The Porsche 911 is a true legend in the automotive world for a variety of reasons. No matter what year or variation, you’d have a tough time finding a better all-around sports car that will shine both on the track and as a daily driver. If you’re looking for something more on the hardcore and track focused side, the 911 GT3 is going to be right up your alley. The GT3 is a favorite among both 911 and sports car purists. The rear mounted high-revving naturally aspirated engine sends power to the rear wheels which results in an extremely well-handling car with impeccable road feel. What it can do on a track is nothing short of extraordinary. 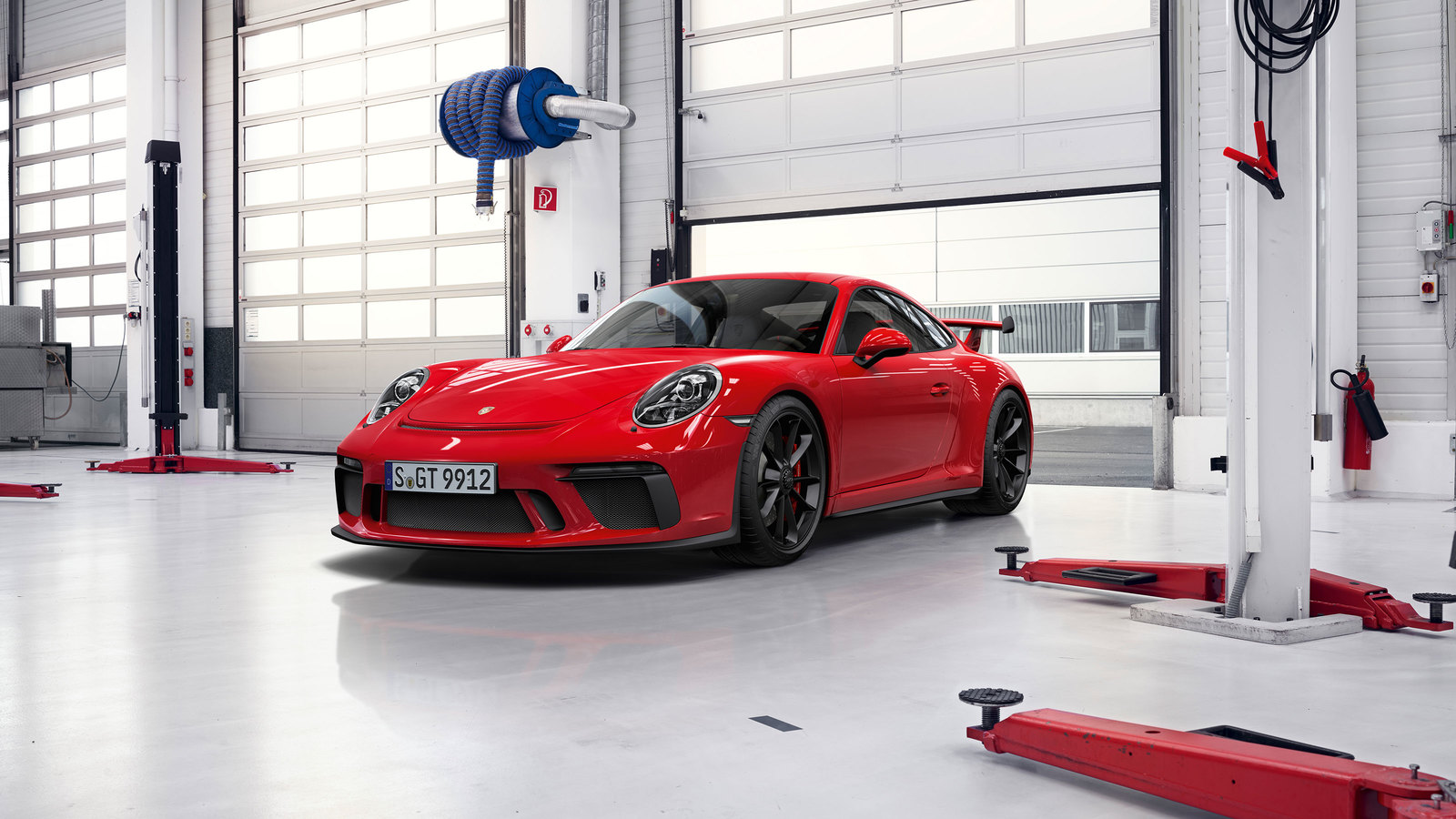 Porsche was never really a favorite of mine growing up, but over the past few years that has drastically changed. Not only have I fallen in love with the 911, but Porsche in general. And a great deal of that is thanks to two particular models; the 918 Spyder and the 911 GT3. It’s fairly self-explanatory how I fell in love with the 918. I mean, what’s not to like? But seeing one in person was what really did it. Same goes for the GT3. Its aggressive styling completely changed my opinion of the car and when I learn about the performance capabilities, I was smitten.

Speaking of that performance; the new GT3 is so good, and so fast, that it actually lapped the Anglesey Circuit just 1 second behind the mighty 918, which is impressive on so many levels. Especially considering the GT3 has less power, less traction (all wheel drive vs rear wheel drive), and doesn’t have the extra boost coming from the instant torque of the electric motors like the 918. With that being said, I wanted to point out a couple things that played a major part in that wicked fast lap time and what makes the GT3 so great. 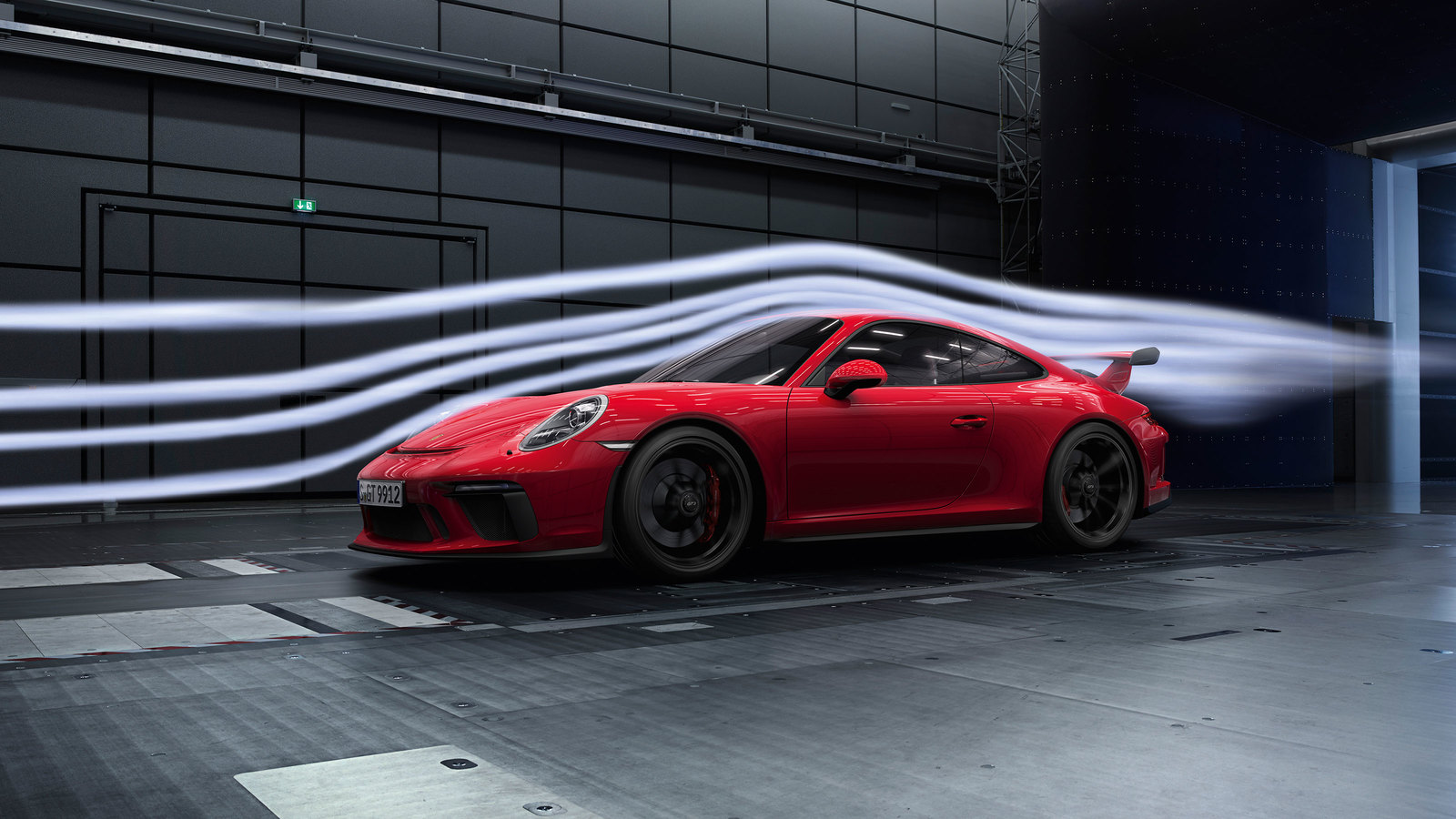 According to Porsche, the 991.2 GT3 has 25% better aerodynamics than the previous model. And that’s a drastic improvement that will directly correlate to improved lap times. That extra downforce will help keep you planted in the corners when you’re really pushing the car to its limits. The nice part about the way Porsche went about these improvements is that they managed to increase the downforce without increasing drag. What that means is they get the added benefit of additional downforce that can be used in the corners, without the negative impact of slowing you down on the straightaways. A lot of that comes from the massive rear wing, but you’ll also notice little winglets scattered throughout the car that may not seem like much. However, when you combine all those little things together, it equates to big improvements. 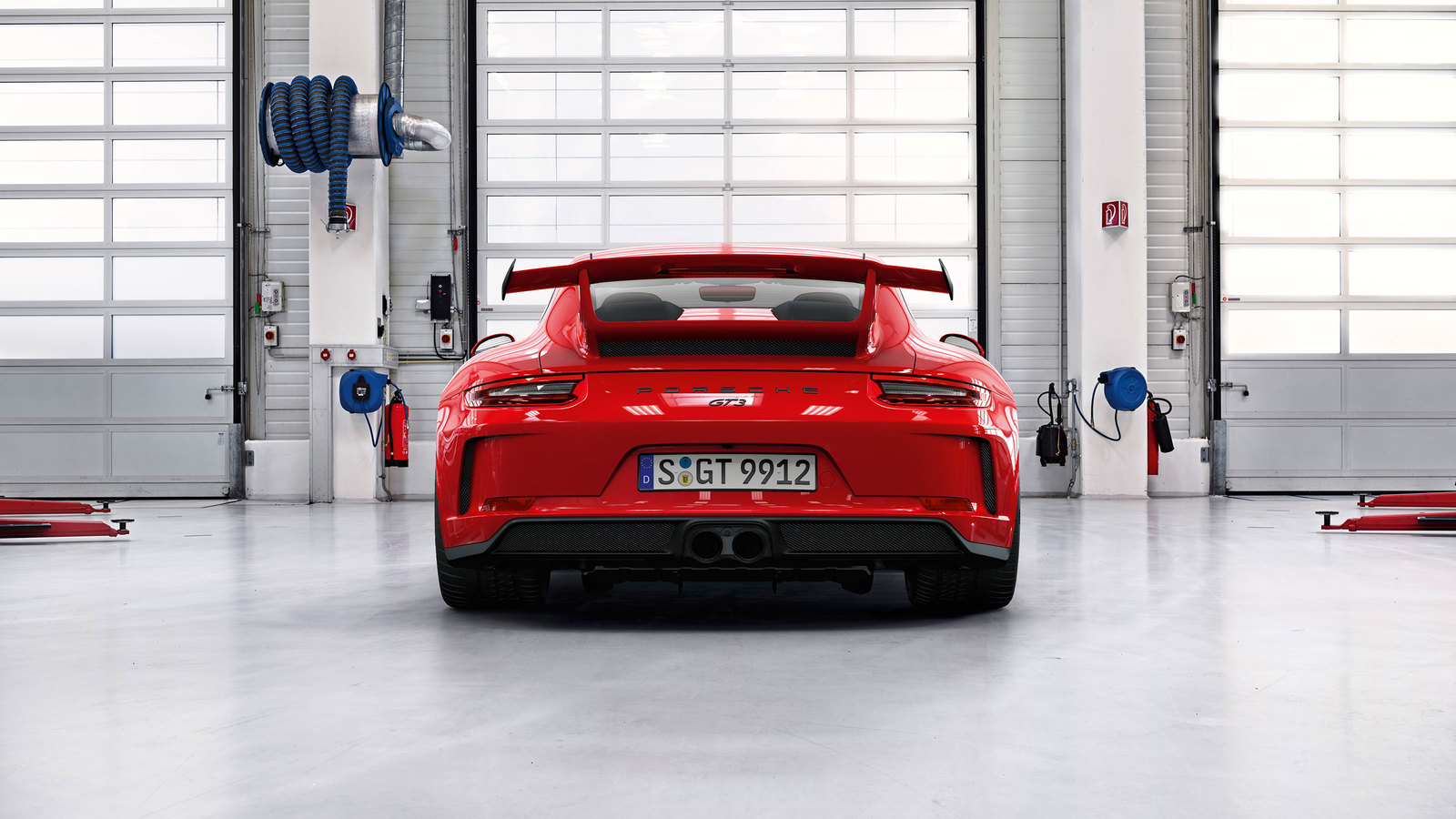 The GT3’s have always had less power than the turbocharged versions of the 911. By a long shot. However, that’s not the case anymore. At least not nearly as much. The new 991.2 version of the GT3 gets the upgraded 4.0L rear-mounted flat six, up from the 3.8L used in previous models. It’s actually the same motor that powered the even more hardcore track focused GT3 RS. That new motor not only increases the overall power output to a 500hp, but it also gives it a staggering redline of 9,000 RPMs. And most importantly, it’s extremely usable power. Even with a redline that high, the GT3 still has plenty of torque to throw you in the back of your seat when you want it to. While straight line performance is not the GT3’s specialty, it’s no slouch in that department. It has a manufacturer’s claimed 0-60 of under 4 seconds and that was confirmed when third party testing provided the same results. Where this motor really shines is when you’re high in the RPM range bouncing from one corner to the next. The sound of that flat six screaming at 9,000 RPMs and the pure bliss experienced when throwing this thing around is when you’ll fall head over heals in love with this sexy, sleek, and sinister looking beast of a car. 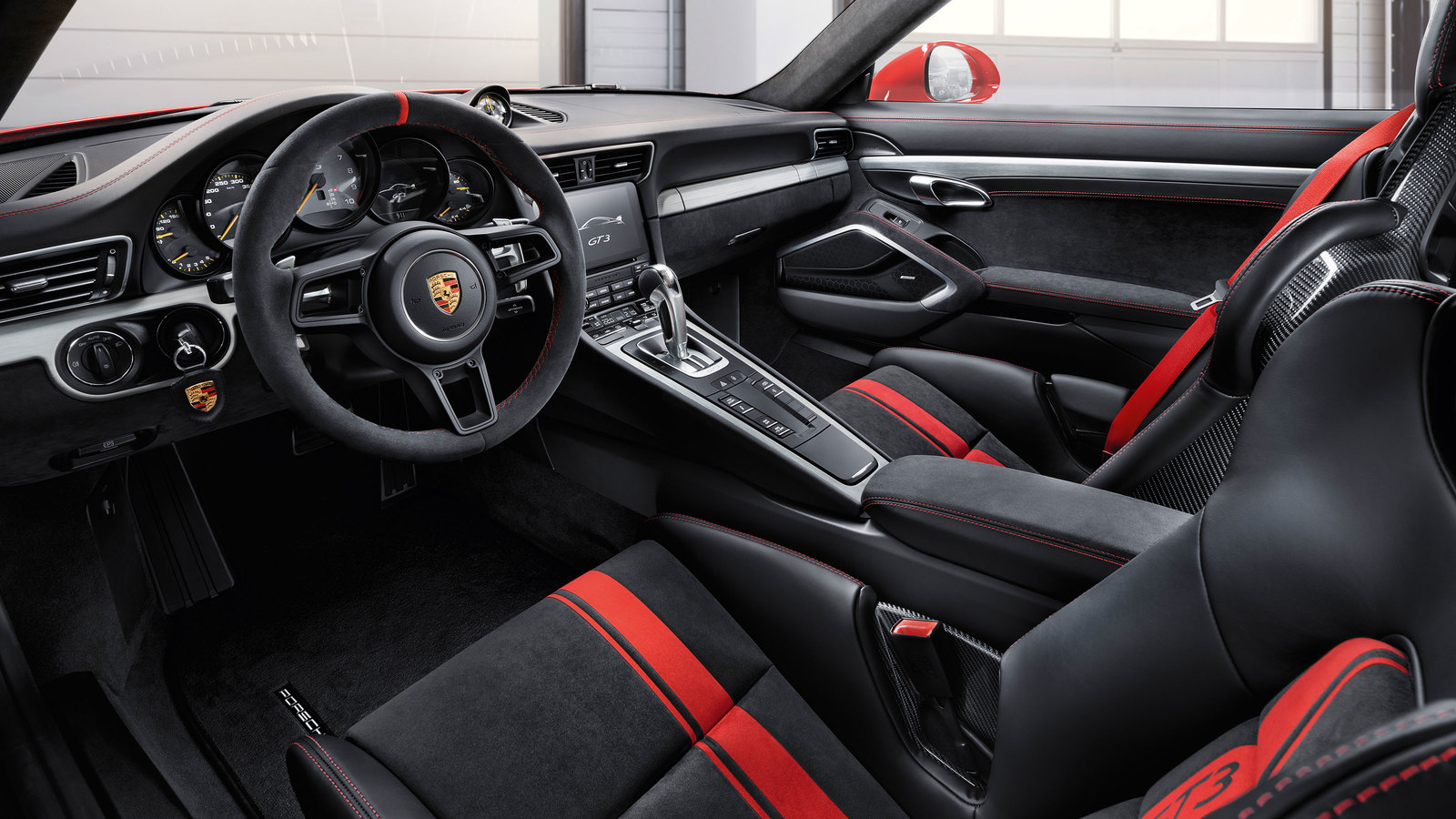 PDK or Manual, You Get to Choose!

Potential owners of the new GT3 will have a tough decision on their hands when it comes to choosing the specs of their new car. The new model now has the option of replacing the lightning fast and ultra reliable dual-clutch PDK transmission for classic three pedal 6-speed manual transmission, a very good one at that. This is a tough decision for a long list of reasons. On paper it should be the PDK all the way. It’s faster 0-60 and produces undeniably faster lap times due to the fact that it’s incredibly precise and faster than a blink of an eye. The PDK equipped cars will also get an electronically controlled limited slip differential that can provide anywhere from 0-100% locking force to help you maintain traction coming out of the corners. This also comes into play with the PDK being able to blast from 0-60 in a claimed 3.2 seconds versus the manual version’s 3.8. As great as all that is, there’s something almost euphoric about grabbing that gearshift and manually working your way through the gears and feeling in control of every aspect of the car. And the manual in this GT3 is better than ever. Rather than the 7 speed that comes as an option in other manual equipped 911’s, the GT3 gets a 6-speed that had all sorts upgrades to tighten up the shift feel. It has a shorter throw and is cable actuated with metal bushings, so it has an incredible mechanical feel to it. So in the end, you’ll have to choose between whether you want the GT3 to be as fast as can be, or as fun as it can be. Not a bad choice either way, but a choice nonetheless. 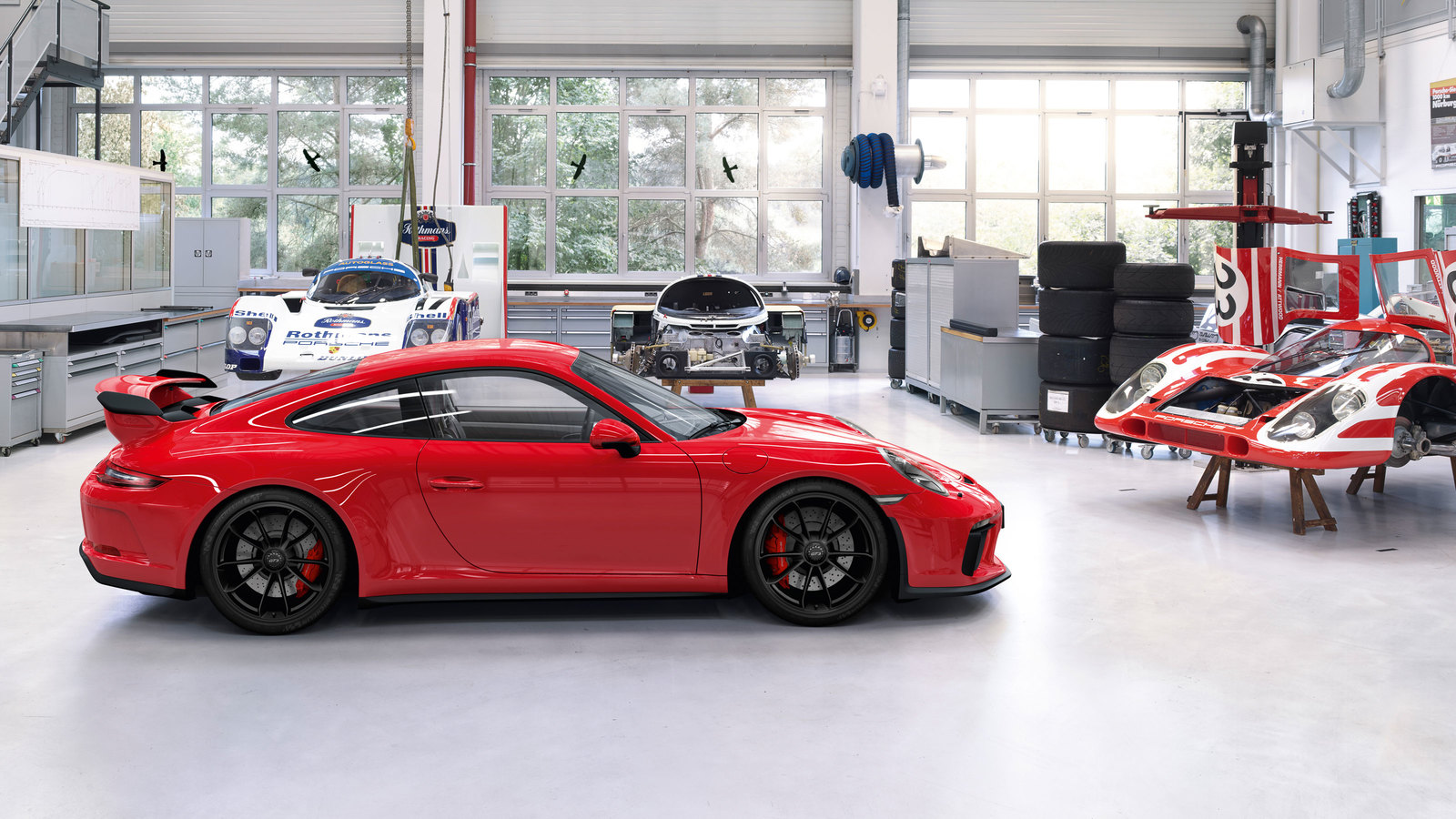 This GT3 is not only faster and better handling than the outgoing model, but it also seems to be easier to drive while still providing the same exhilarating user experience that makes the GT3 so sought after in the first place. This shouldn’t come as a surprise, but Porsche is having no problems selling them even with a base price of $144,650. Although it should be mentioned that once you start checking boxes on the order form, the price will quickly jump up into the $170,000+ range. However, if you don’t already have an order placed for one, I would expect to pay quite a bit more than that because according to sources from Porsche only 3,000-4,000 examples will be produced and apparently they were spoken for even before the new GT3 debuted at the 2017 Geneva Motor Show. So in the off chance that you’re able to track one down, I’d expect to pay a hefty markup.

There are countless video reviews of the new GT3 in action, but one particular jumped out at me and that was the one from EVO. They took the GT3 out for some hot laps at the Anglesey Circuit. And what’s interesting is that EVO has run a handful of other ridiculously high performing cars out on the same track with a professional driver and independent timing equipment. Point being is there are some very good comparison cars that show how well the GT3 performs amongst its peers. This is where it was determined that the new GT3 is not only just 1 second behind the juggernaut 918, but it’s also two-tenths of a second quicker than the previous generation GT3 RS and Turbo S, which is really saying something. What’s also impressive is that in comparison to its peers, the GT3 is only just over a half second behind the McLaren 675LT and Ferrari 488 GTB. That’s impressive considering both those cars have an additional 170hp at their disposal. 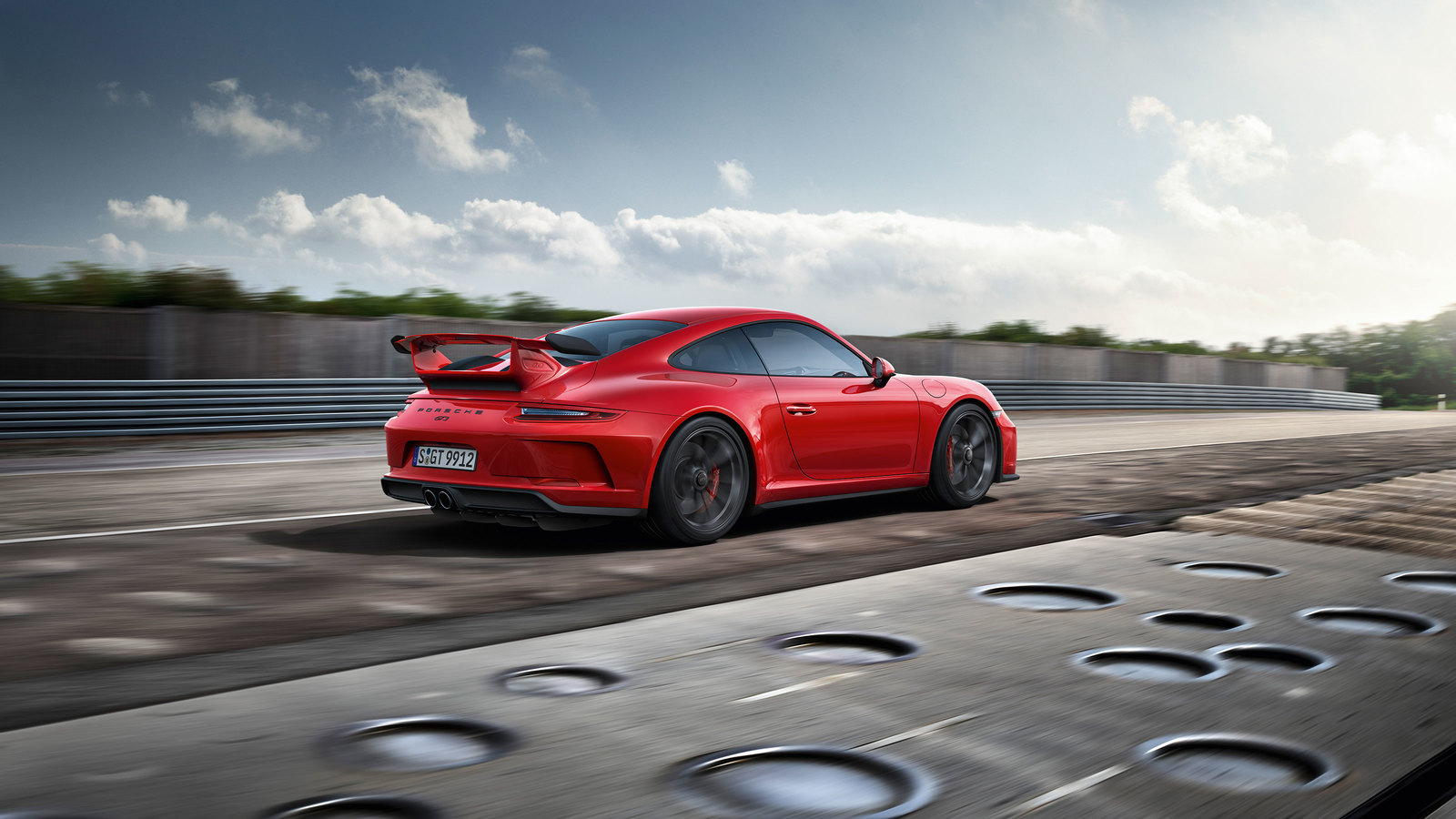 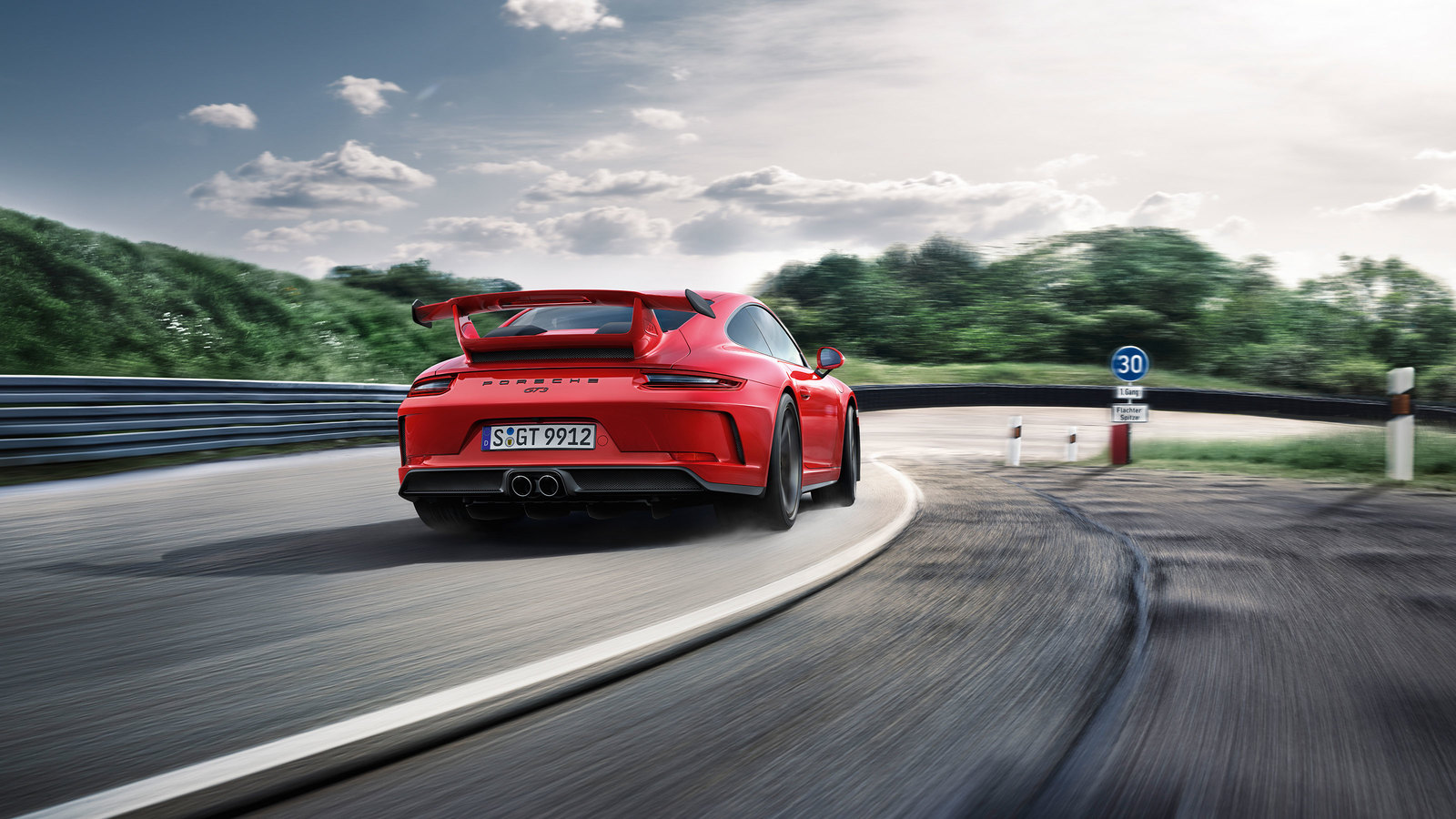 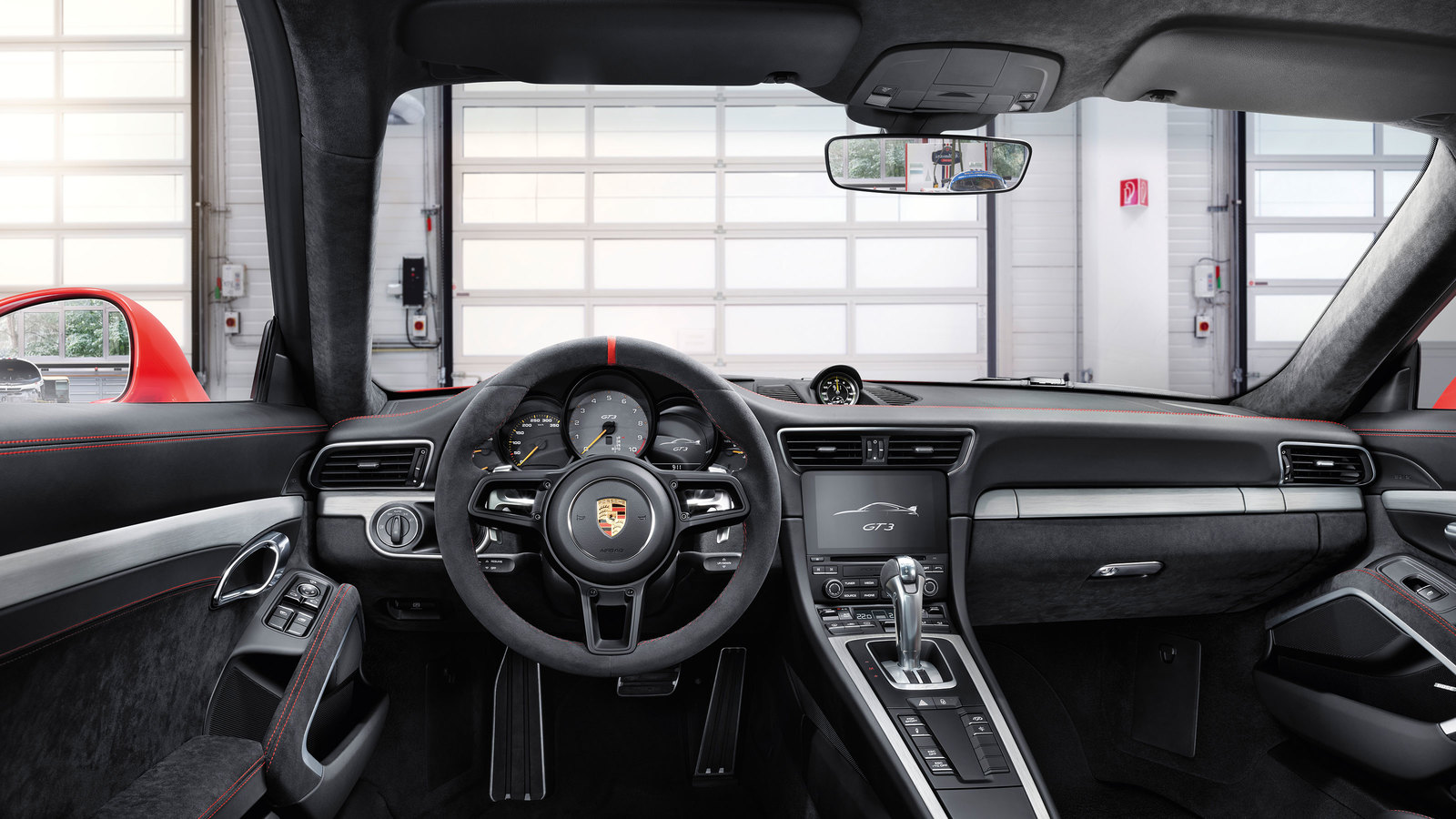 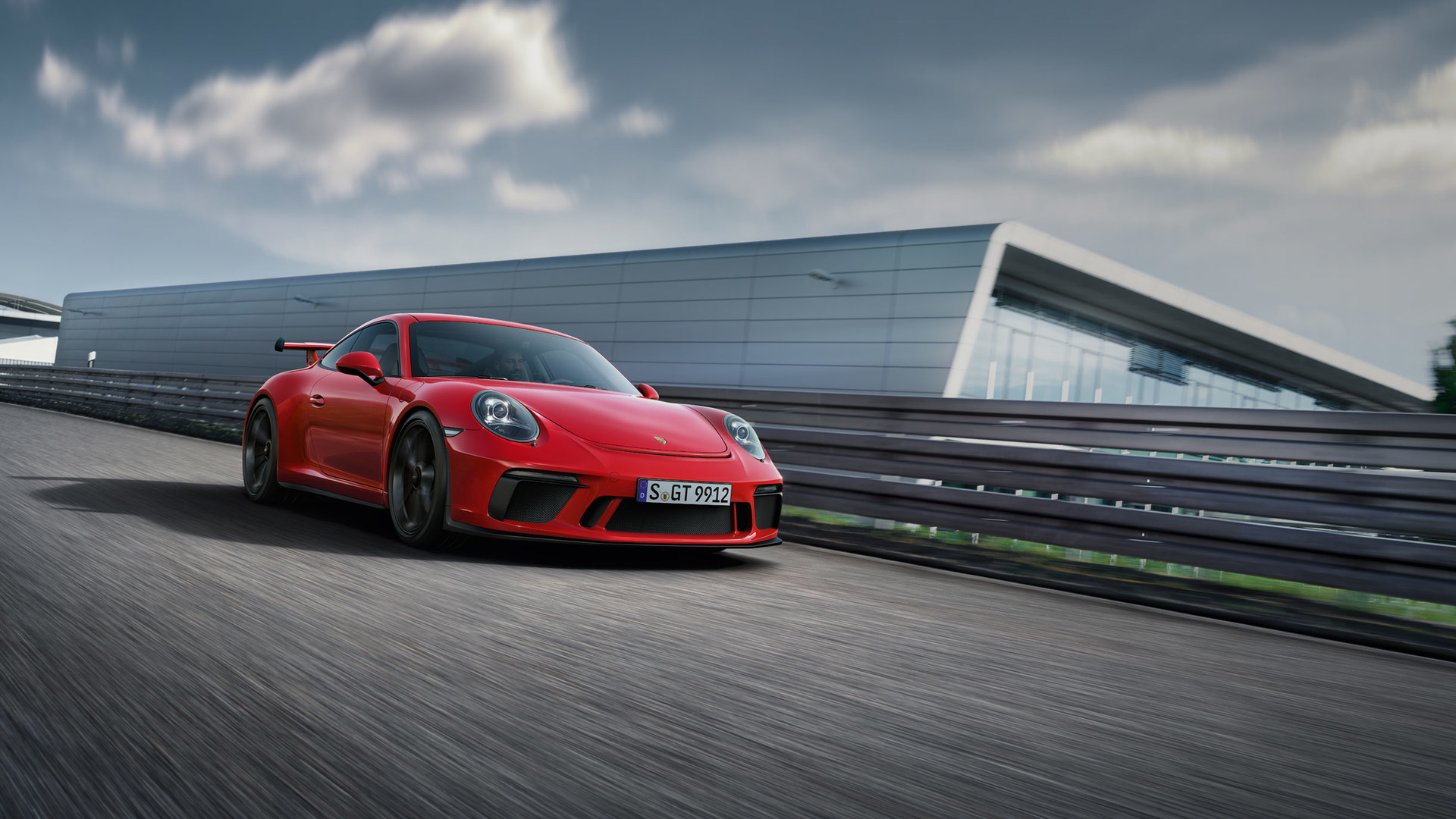 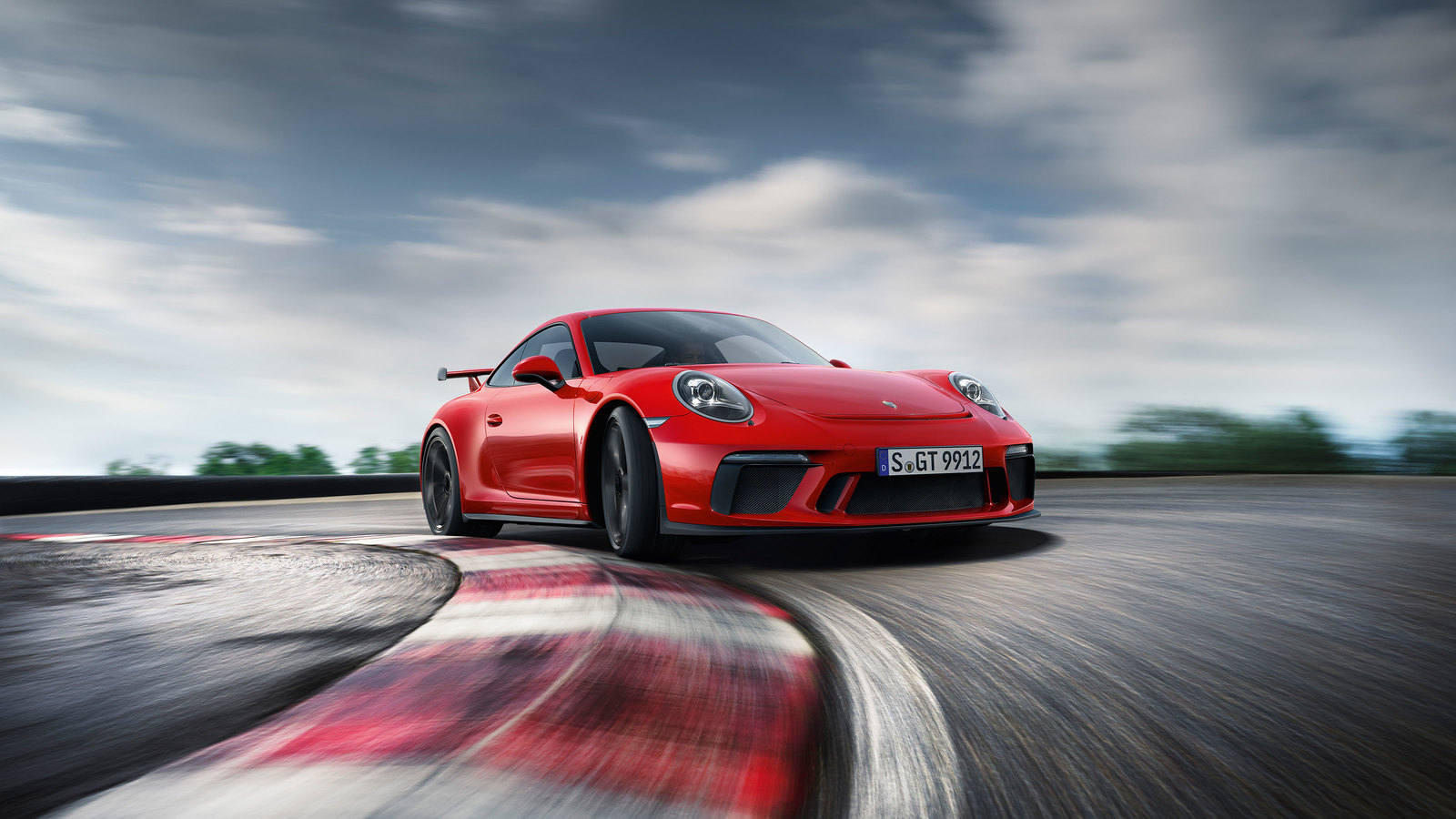 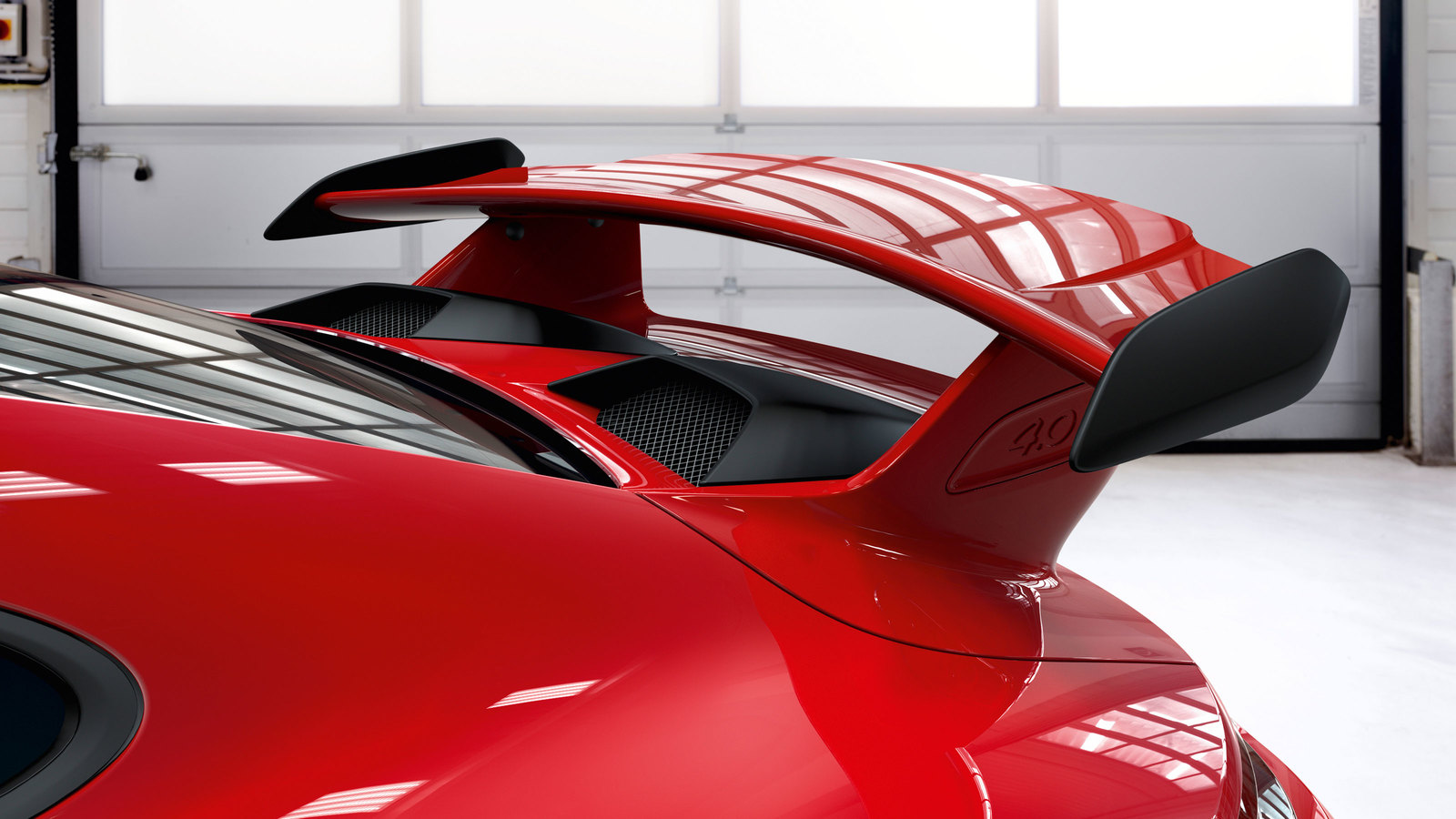 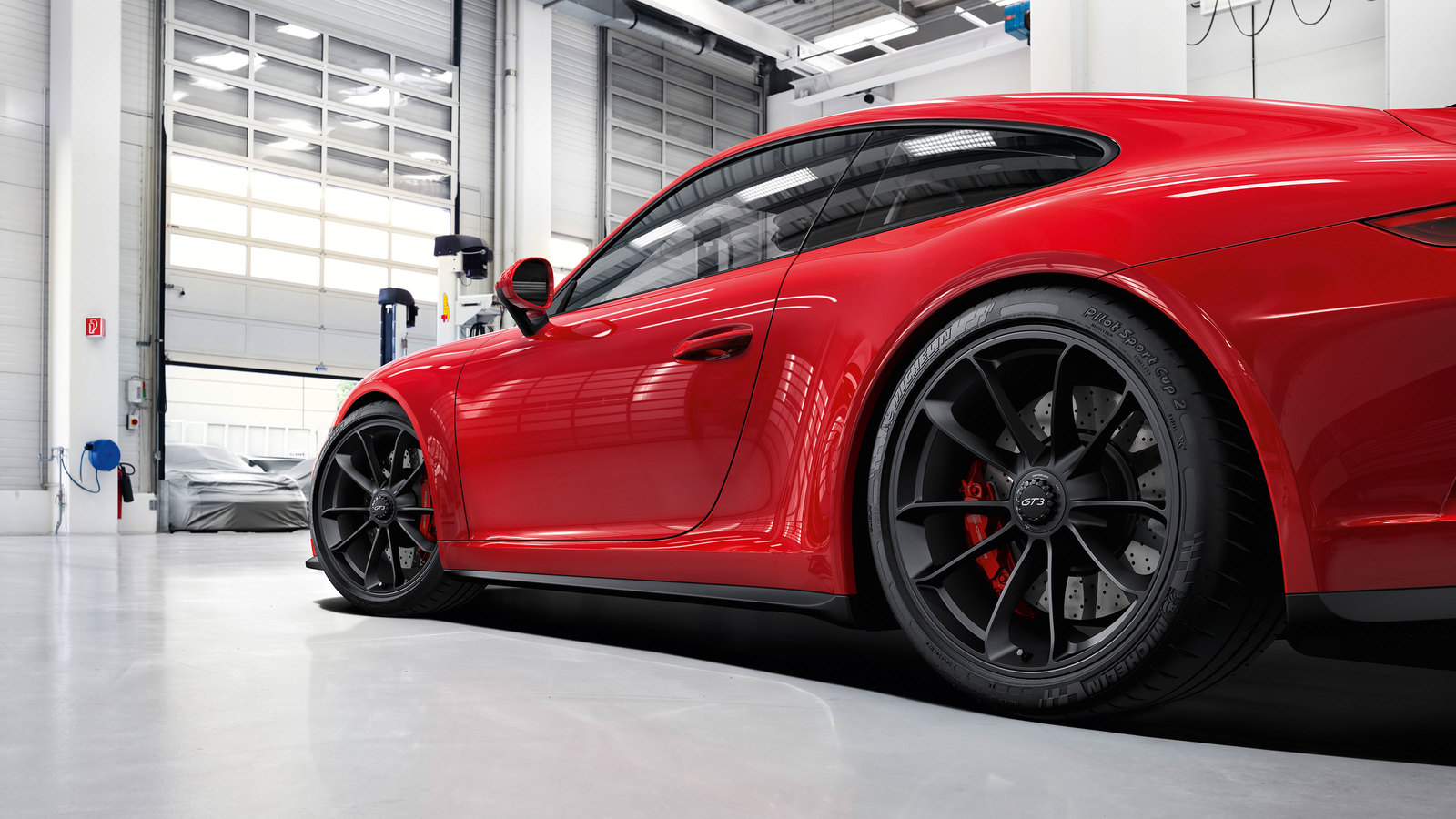 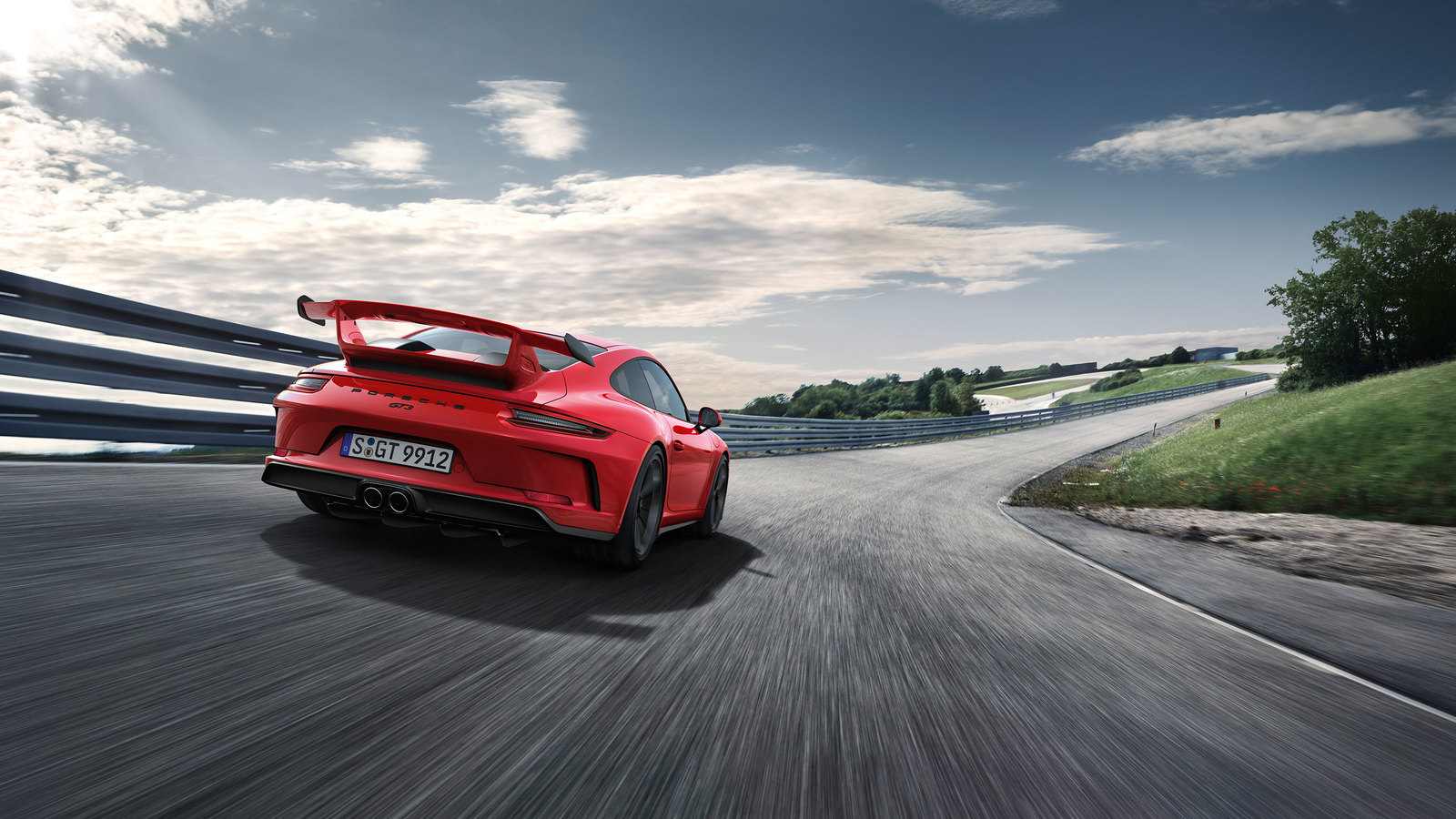 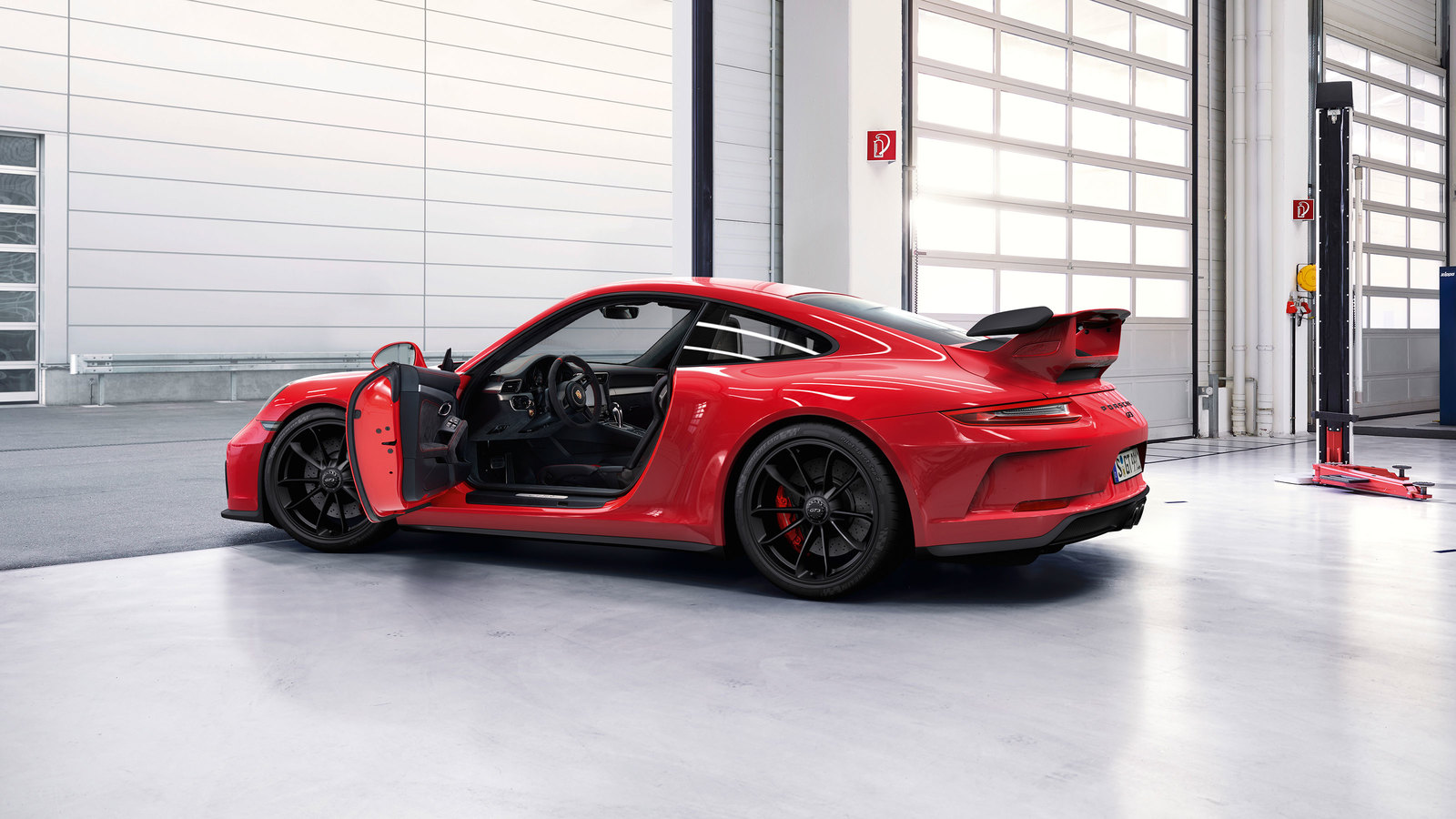 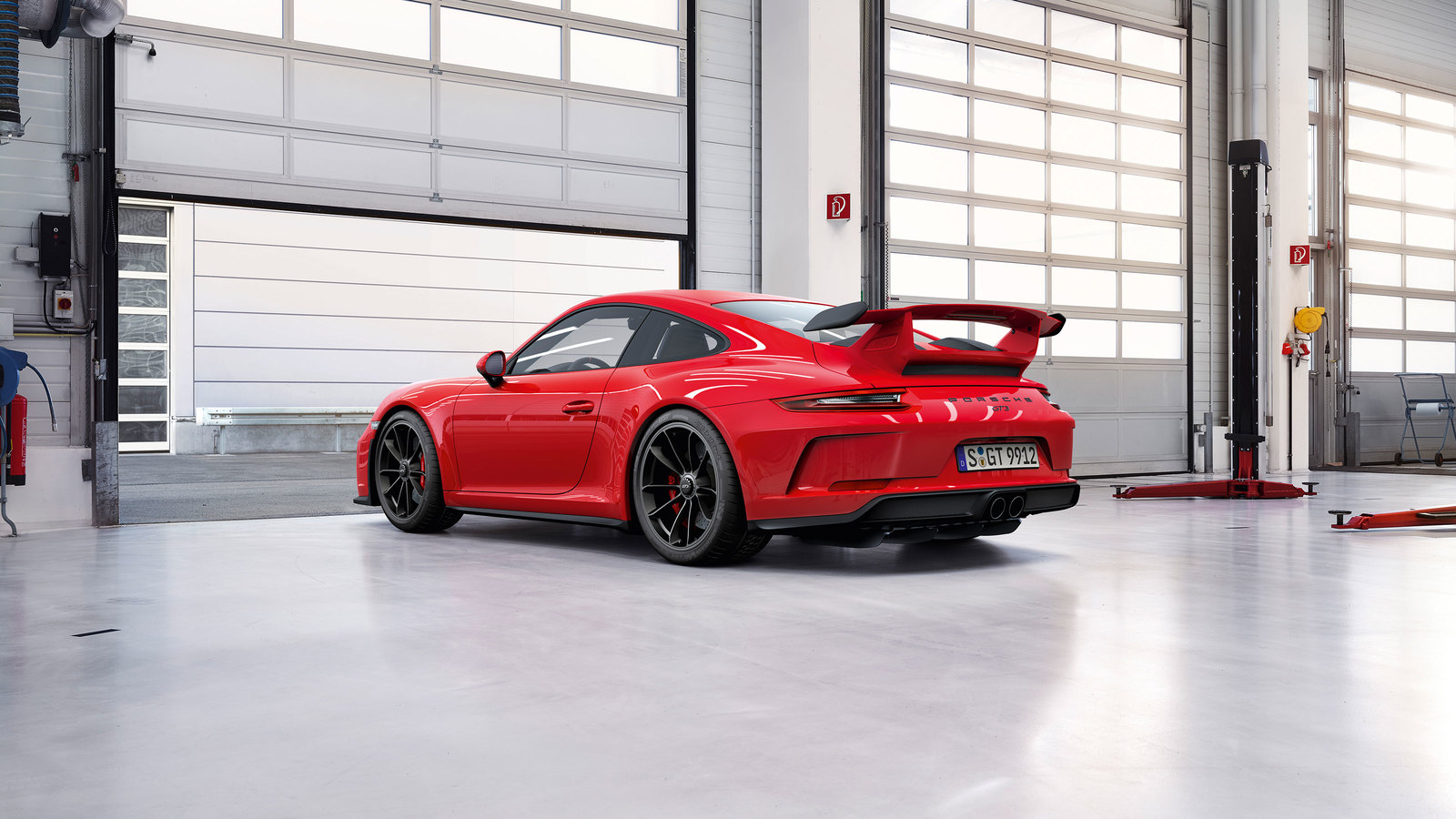 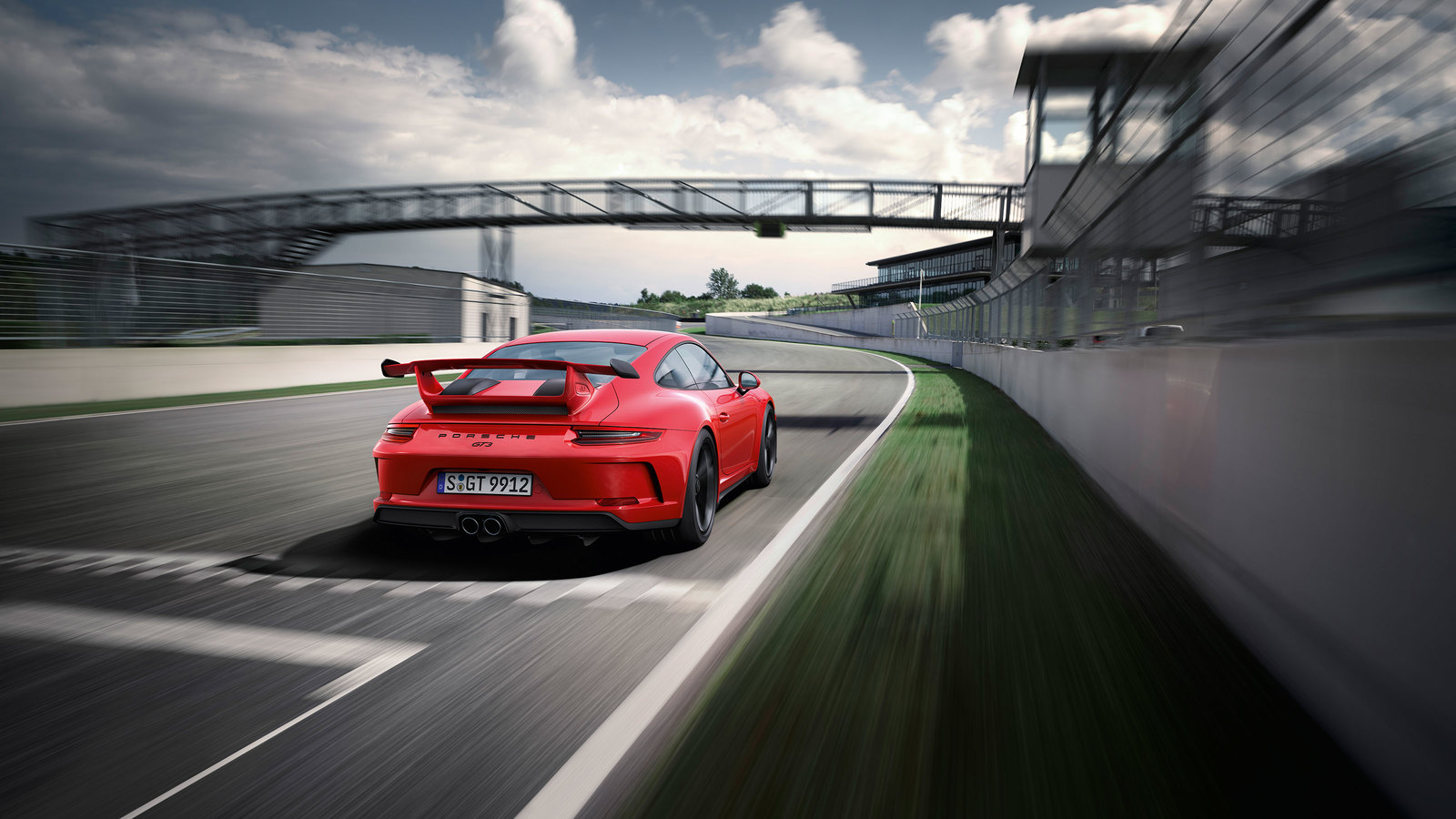 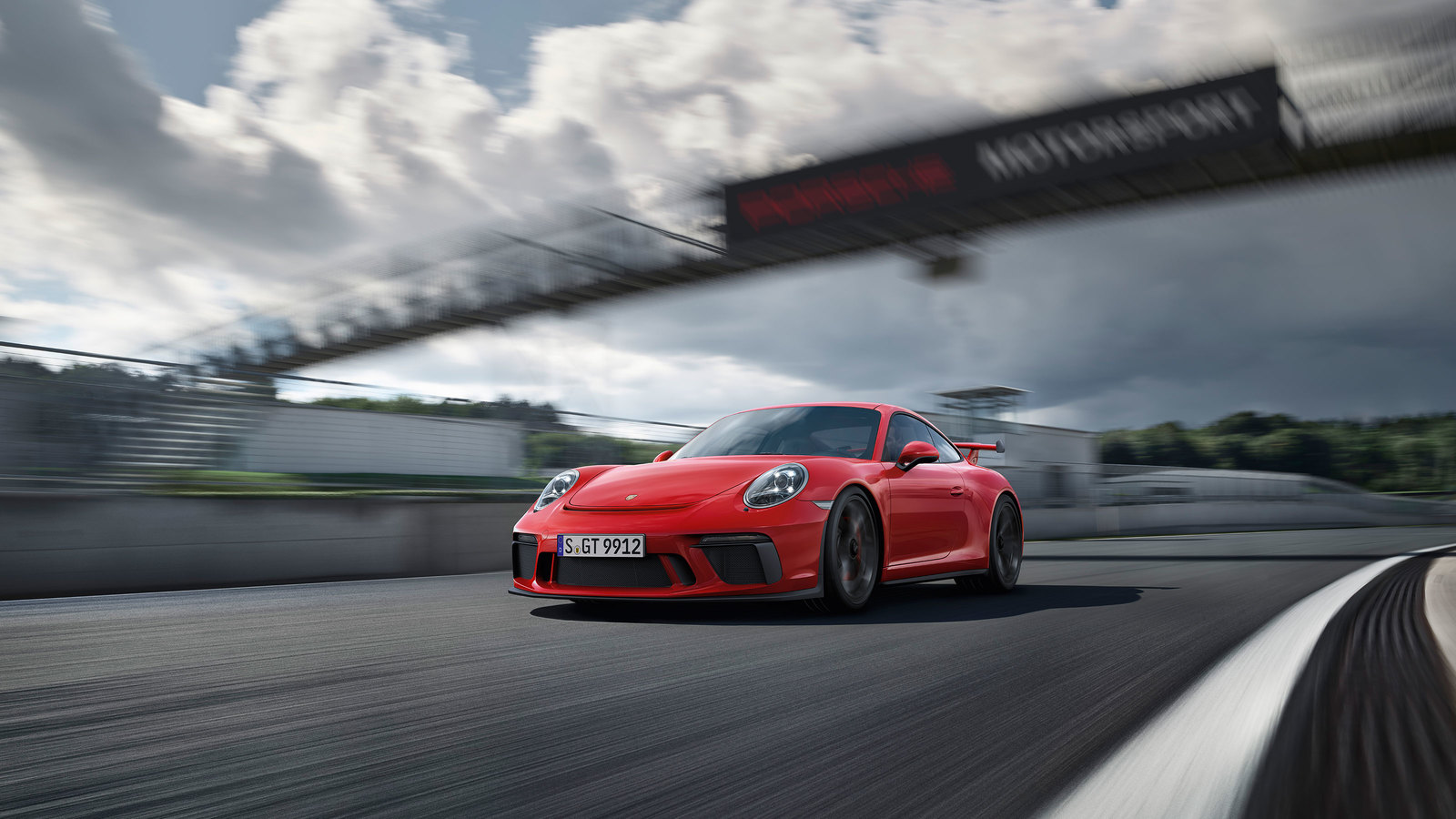 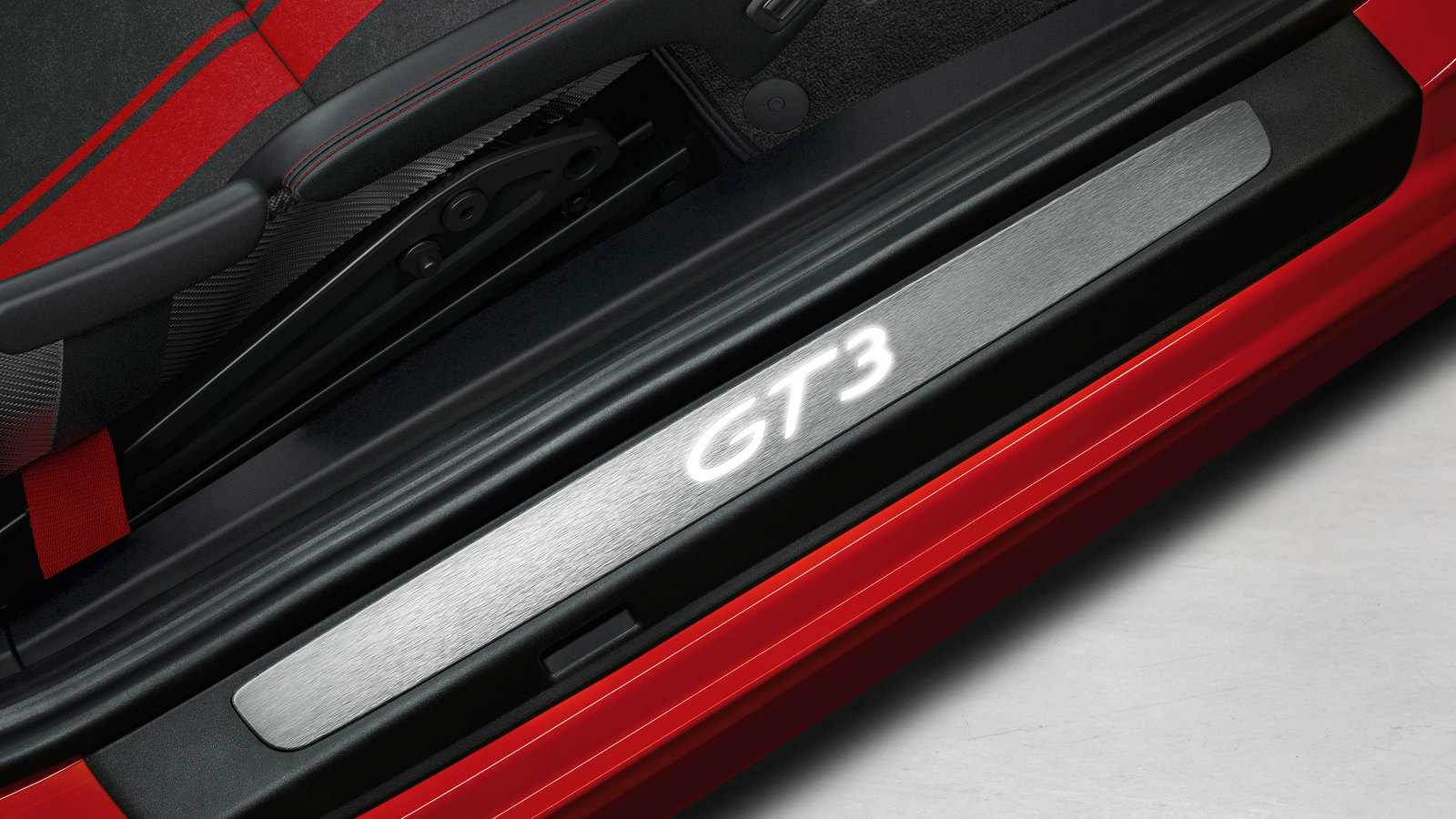 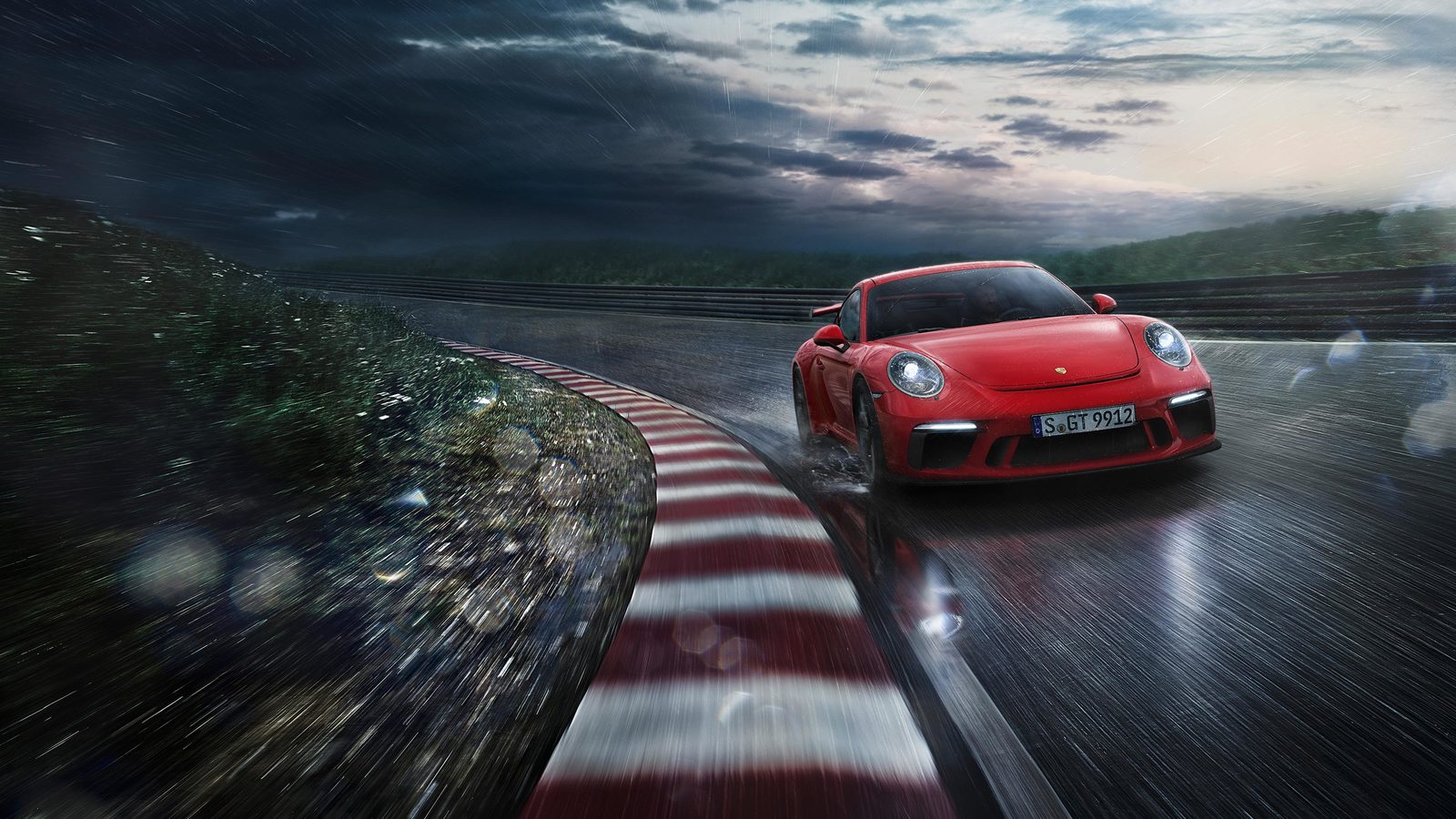 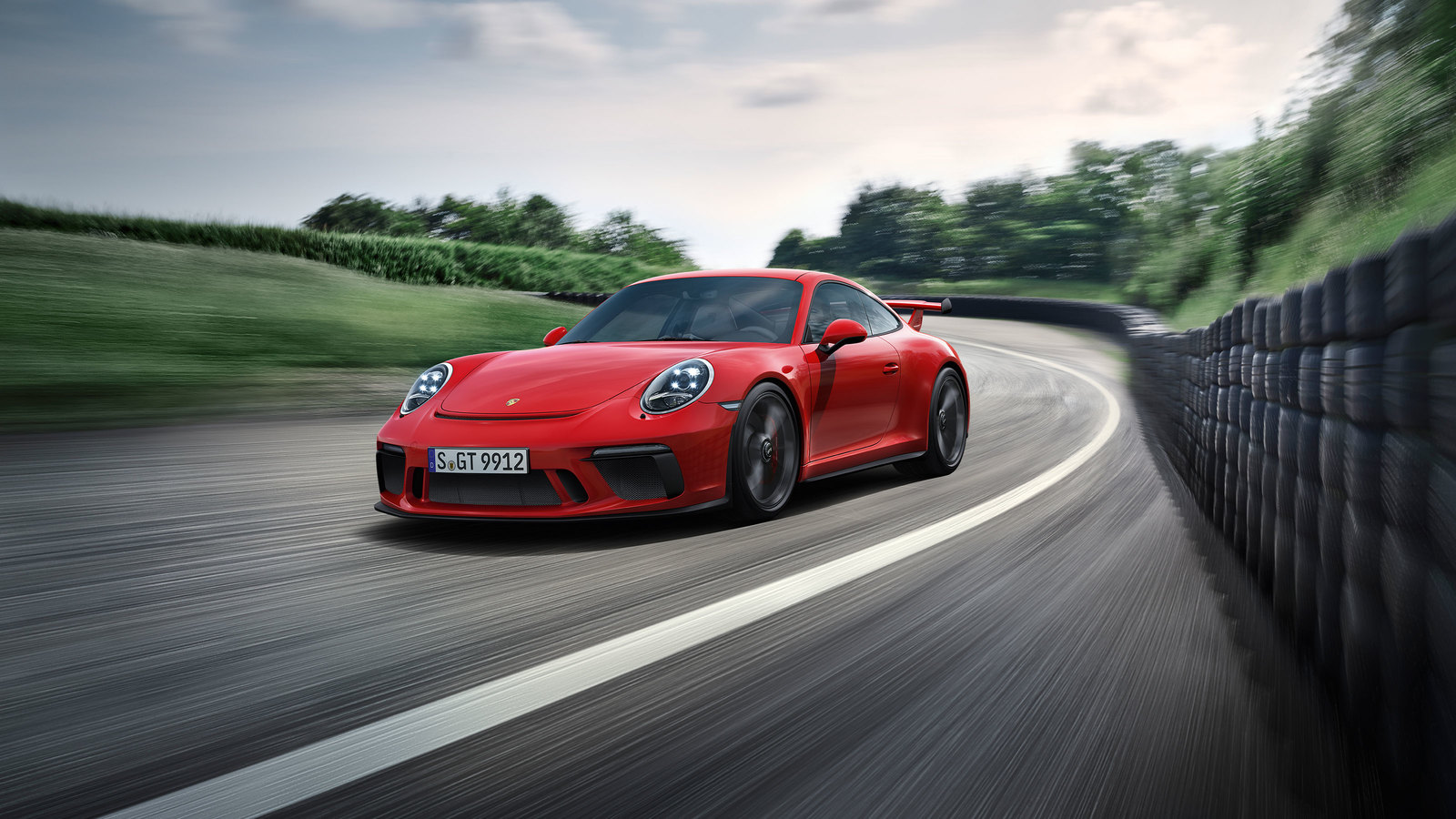 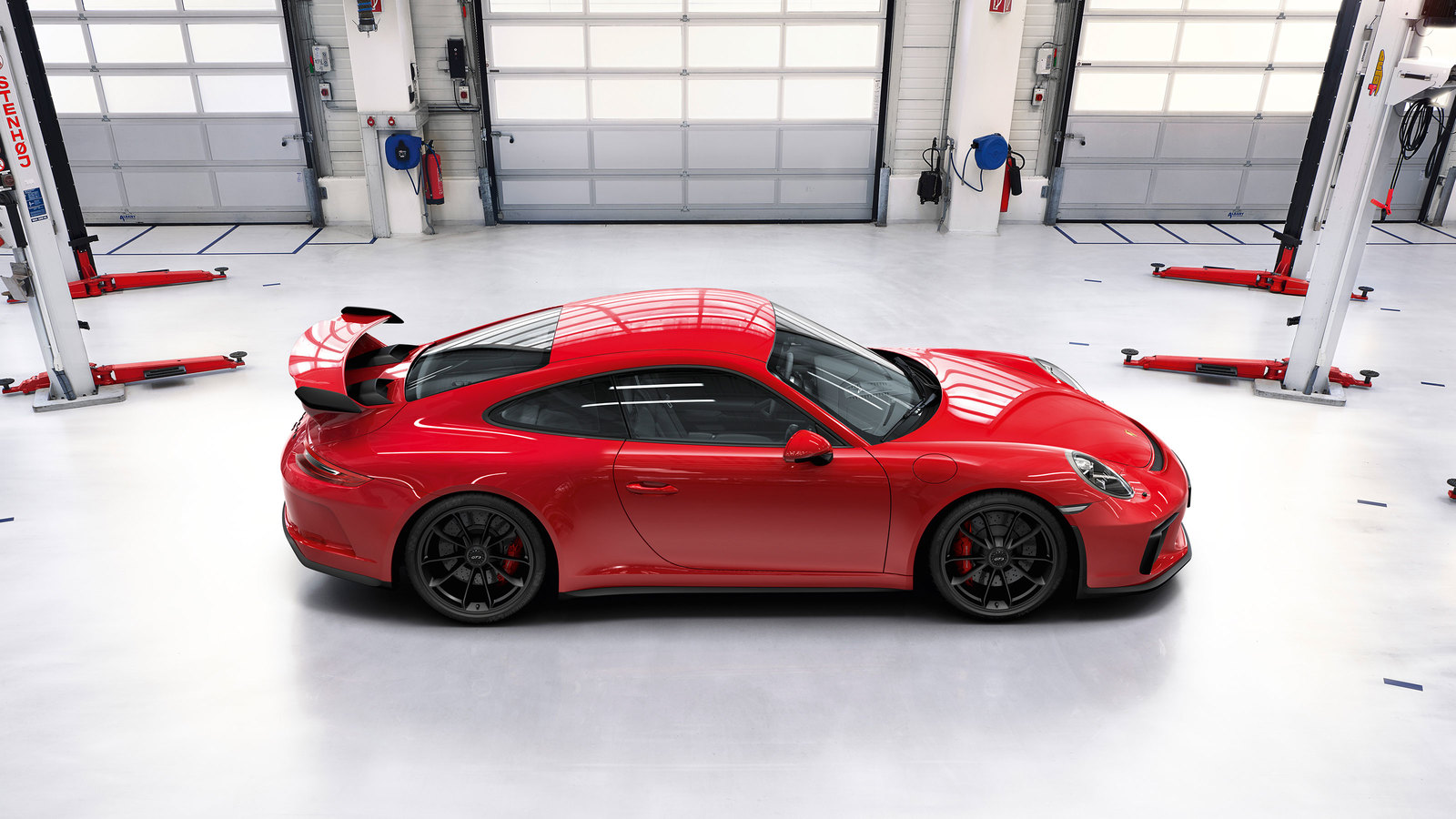 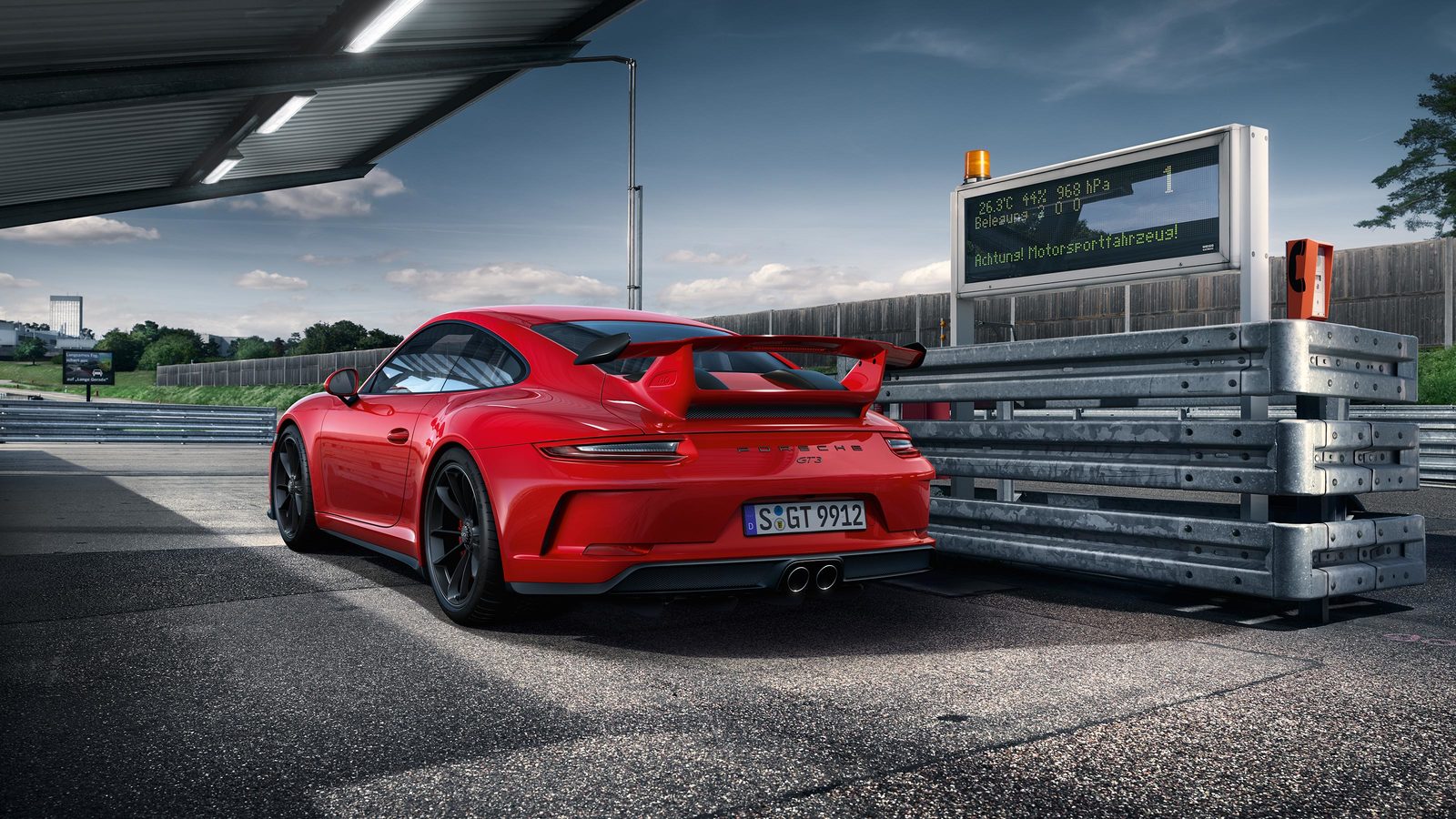 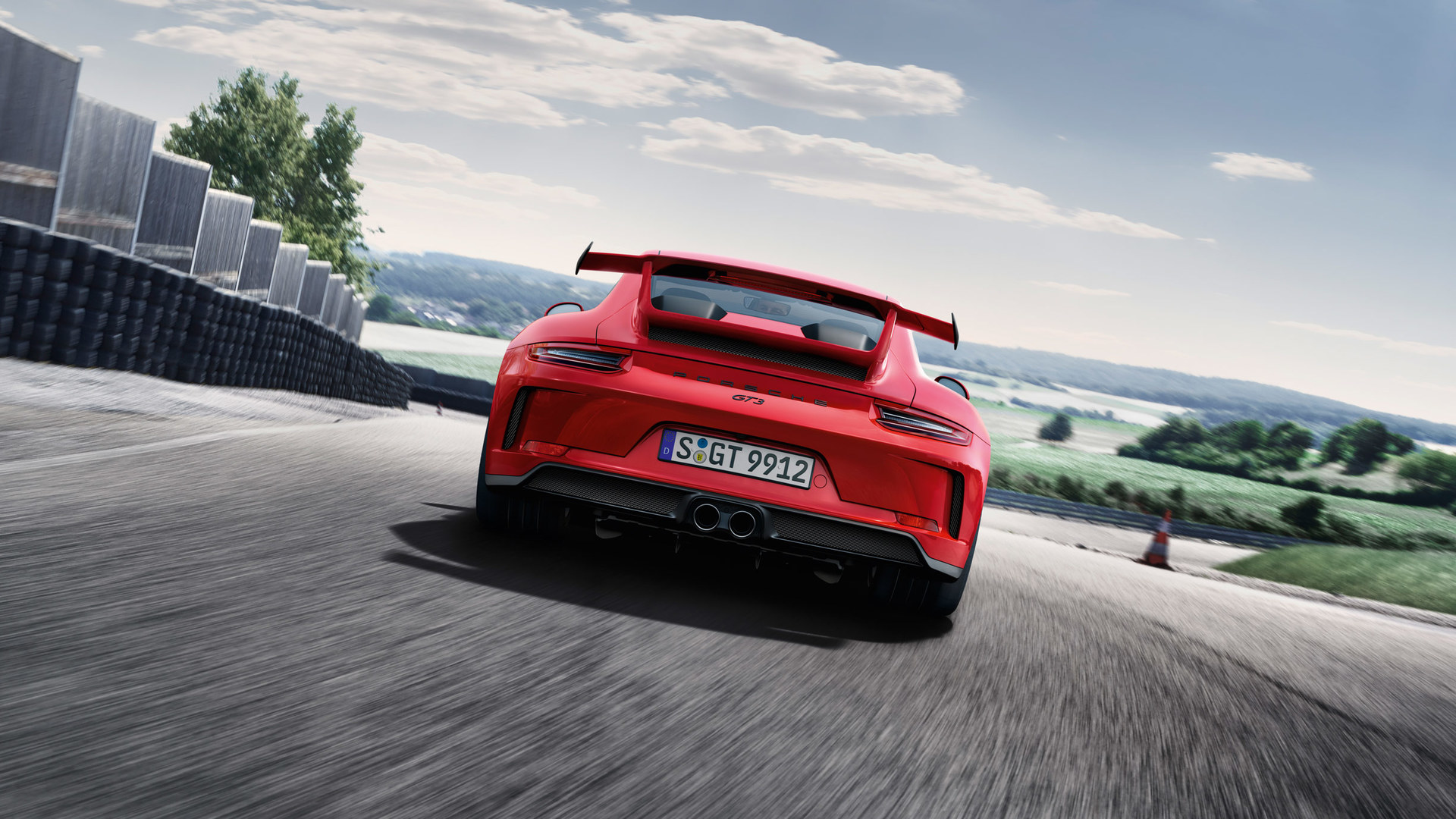 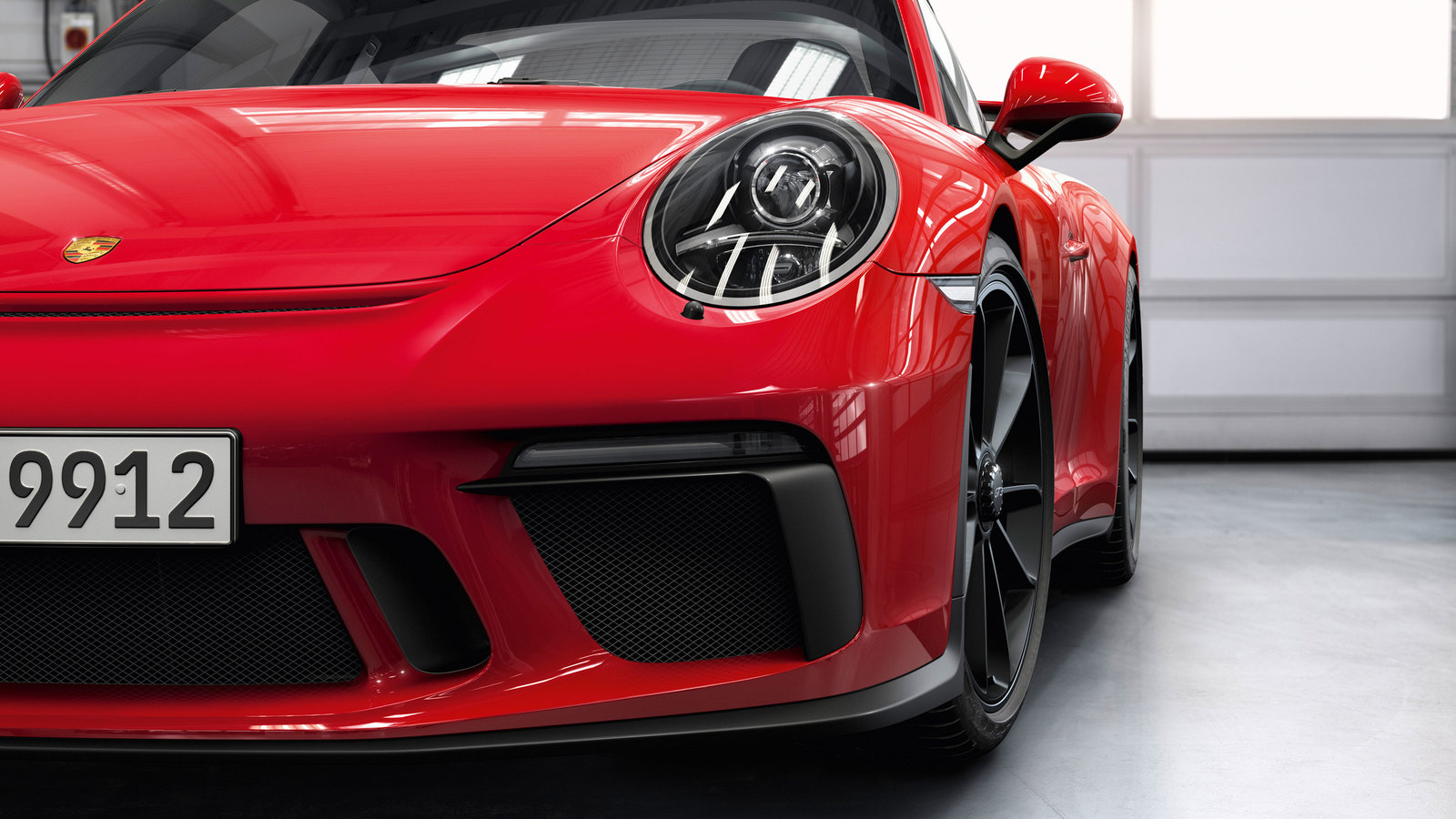 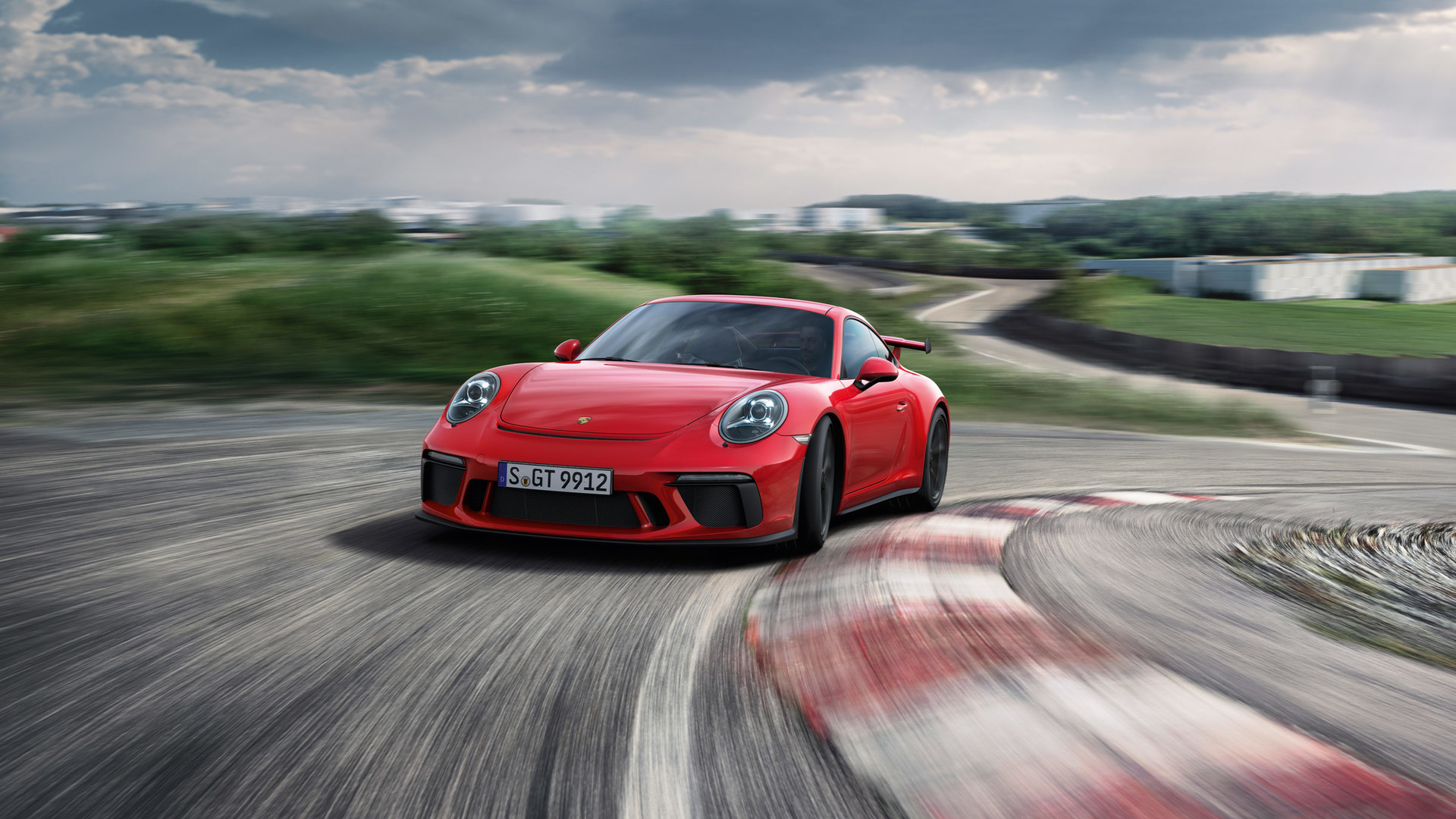 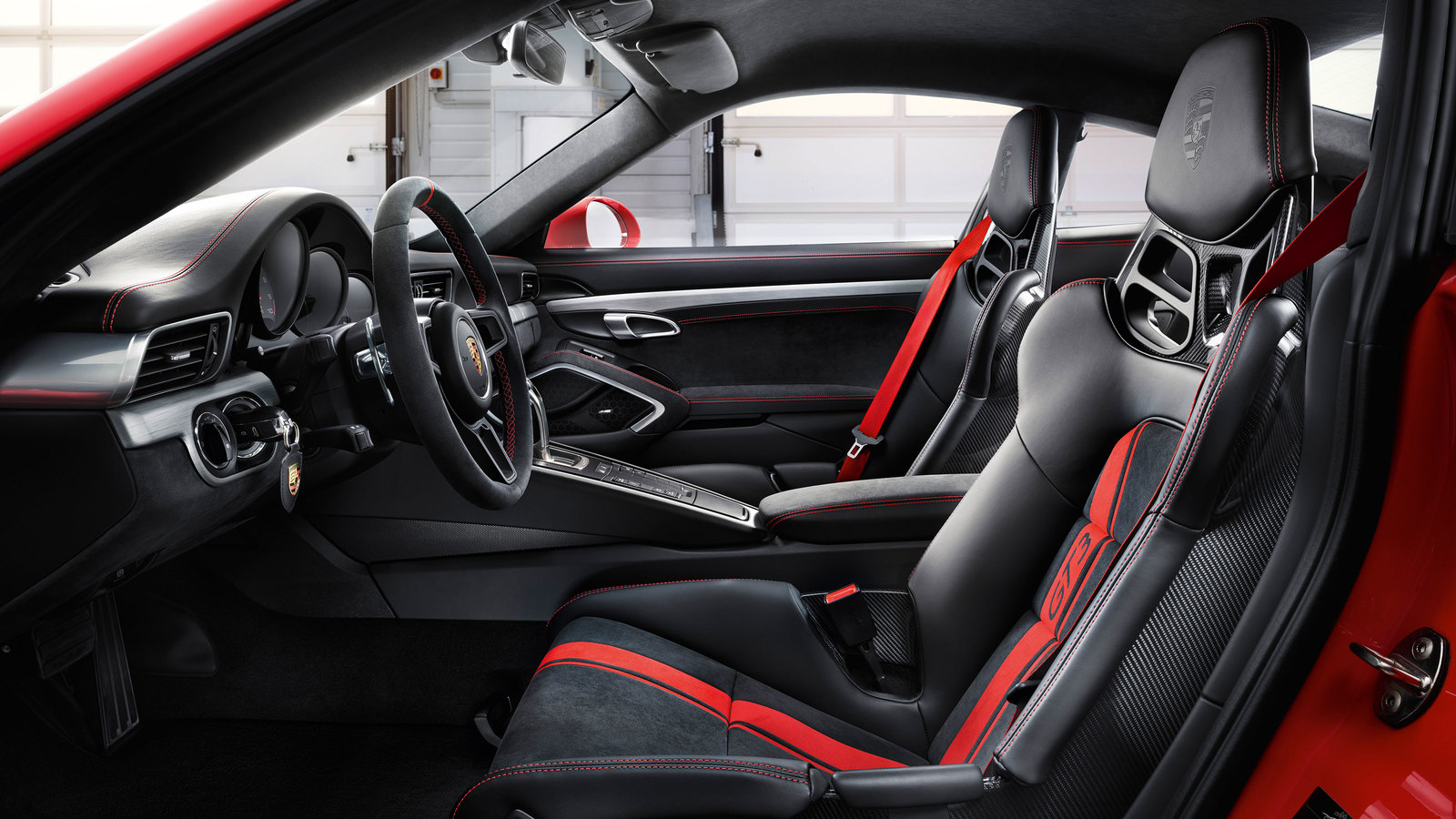 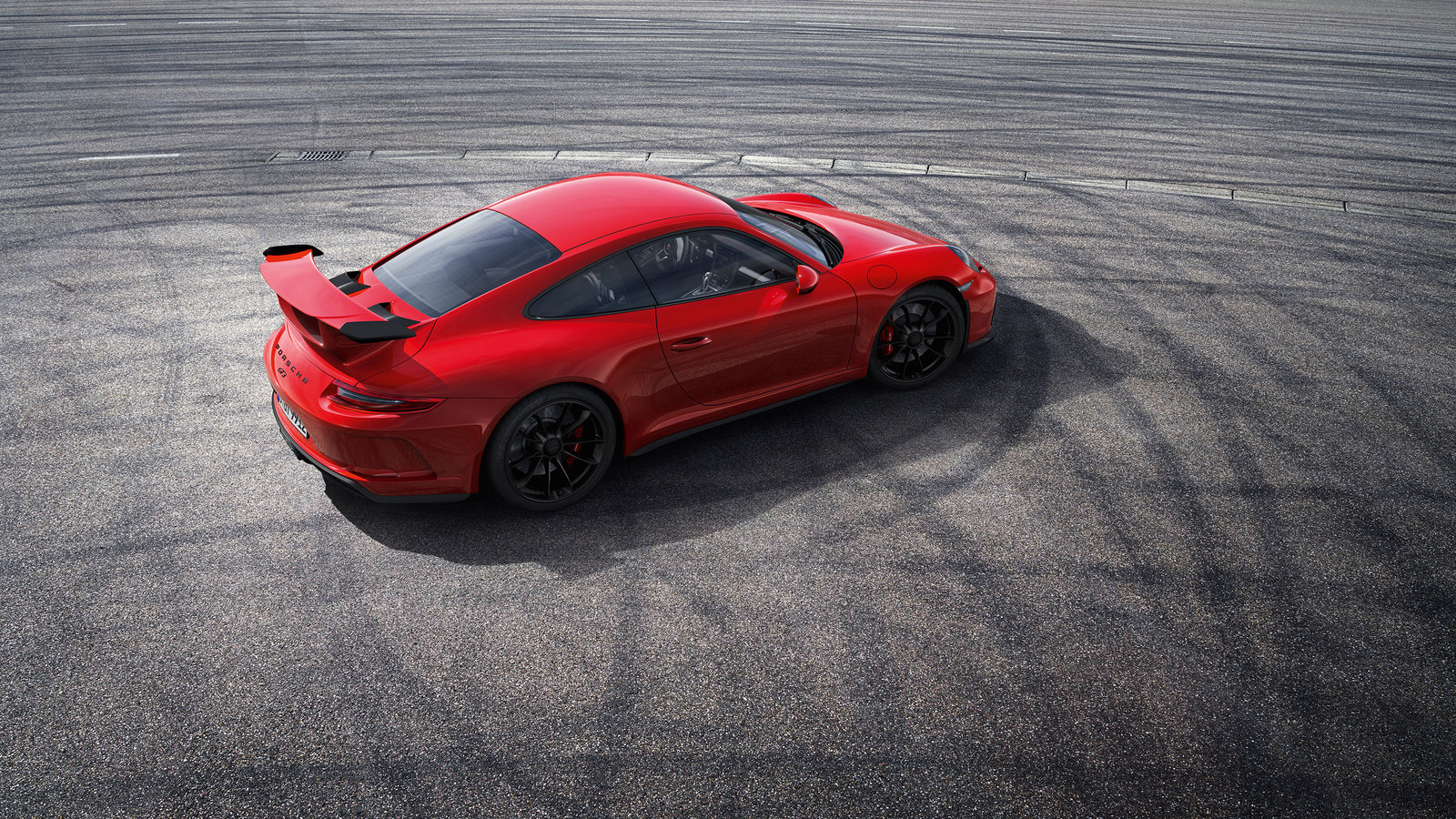 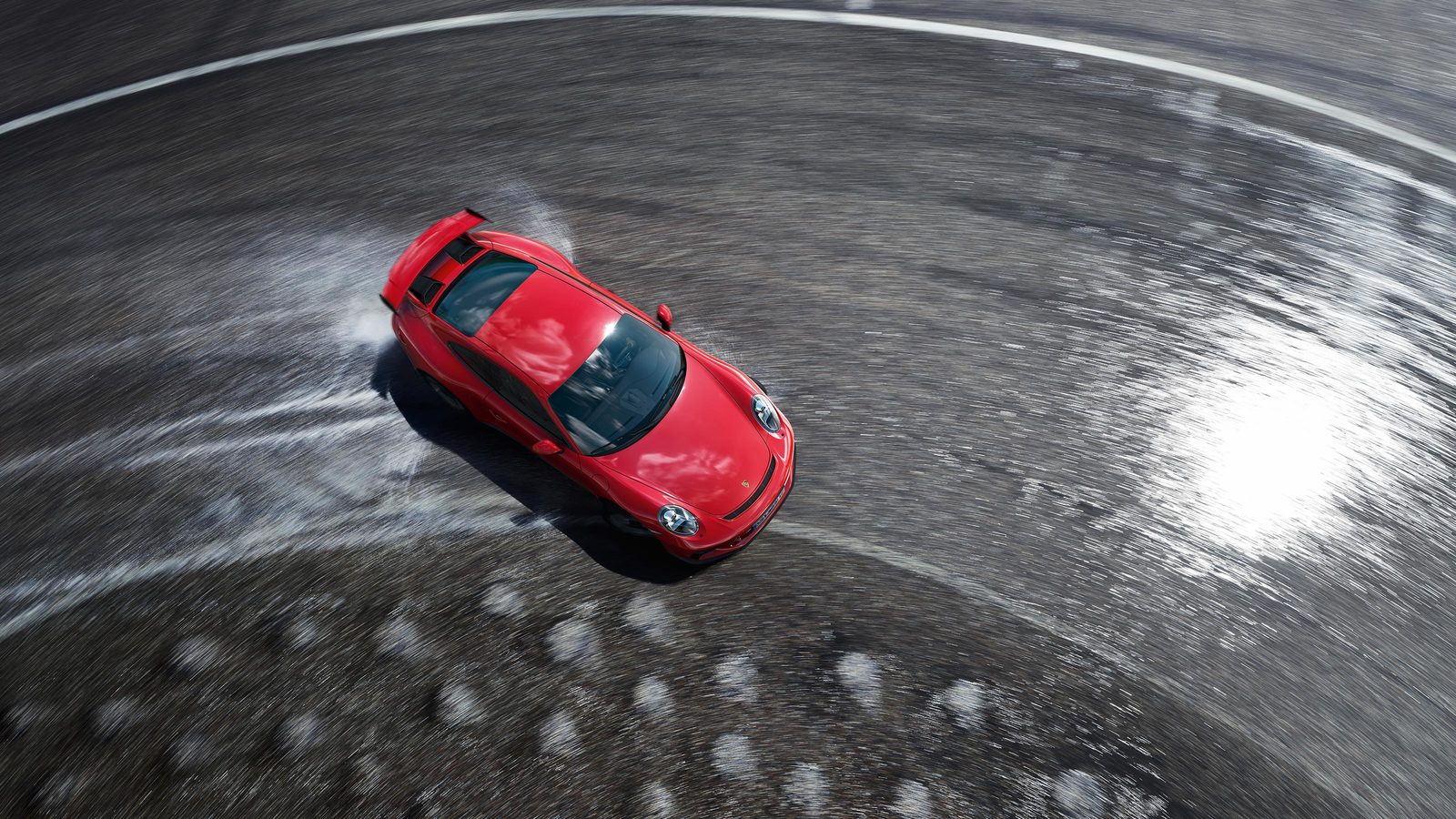