Vaughn Gittin Jr’s RTR Mustangs have been a smashing success since their inception in 2011. We have talked about the RTR many times, including here, here, and well… here. But we never really dove into what makes an RTR Mustang different than say a stock GT. For those wondering, this is for you…

The 2017 Mustang GT that the RTR is based off of is an already very capable machine. The standard GT comes equipped with the 5.0-liter Coyote engine we all know and love. With 435 horsepower on tap the standard GT will cruise to 60 in 4.4 seconds. On top of that you have your typical options like 6-speed manual or a 6-speed automatic with paddle shifters. The 3700lb Mustang manages to stay relatively nimble thanks to its 4-wheel independent suspension. Overall the GT has become a really well equipped car from the factory, but it does have one problem, it tends to scream ‘midlife crisis.’ It’s like the new corvette, everyone over say 45 seems to be drawn the Mustang and its styling would suggest that this is Ford’s target market. Now that’s not a bad thing, but people of say a younger variety seem to be wanting more. And that is exactly where Vaughn Gittin’s RTR package comes into play.

RTR stands for ‘Ready To Rock,’ which is apparently some kind of catch phrase that Gittin has adopted as his own. Just like every other aspect of life, actions speak louder than words, so the catchy name doesn’t mean much. What does matter is how the car performs, and in that instance, I would say it rocks.

The RTR package is something anyone can buy factory installed from a batch of select dealers across the country. This makes it an easy and hassle free way to get a Mustang that isn’t your plain vanilla GT. It gives you all the benefits of a factory package (warranty, easily serviced etc.) with the custom aftermarket looks. It’s a win-win situation. That is if you have the budget over the stock GT’s sticker price.

The RTR package isn’t just about looks either, but it is a major factor. Exterior wise the RTR gets a new front fascia with nifty little triangles lights and a new front spoiler. A new graphics package is also included, giving the RTR some much-needed character over stock. You also get a new rear spoiler and decklid, rear diffuser, and side splitters. If that wasn’t enough for you there is a slew of RTR badges with a custom plaque on the dash. And those are all the standard options that you will find on any of the three different specs that RTR offers.

The Spec 1 RTR has all these pieces visual pieces with the addition of a set of 19-inch RTR wheels wrapped in Nitto 555 stickies, and some lowering springs. Very marginal bump over the stock GT, but it does give it a nice touch aesthetically, which is most likely what people are after with just a Spec 1 upgrade. Where the RTR packages really start to get real is with the Spec 2 setup.

Spec 2 brings all the highlights of Spec 1 with it, and then some. We are now up to 20-inch wheels, because bigger is always better. The engine also received a reflash thanks to Ford Performance, giving the 5.0 a nice 30 horsepower boost. Along with the better ECU comes a catback exhaust designed by RTR, making every mash of the long pedal a little louder, therefore more enjoyable. But the real kicker is the fact that almost the entire suspension setup has been redone, and it is brilliant.

An area drifters rarely get credit for is knowing how to setup a car to handle. Sure it’s not in the traditional sense of the word, but it does still count. What the RTR crew have done is given the Spec 2 all the proper components that it can be setup to the drivers liking, allowing you to fine tune it to your style. If you’re like Gittin, you’ll probably run it with a little more camber and loose in the rear, allowing you to step out any time you want. But nowhere in the RTR manual does it say you have to set it up as a drift car. And from the many people that have tested them straight from the box say they actually handle impressively well. On top of that the new suspension is stable in any phase of hoonage, allowing even a novice to feel comfortable as the rear tires are being roasted.

And while there is a Spec 3 package, it almost seems a little redundant. Yes, I will agree 670-hp from a supercharged Coyote engine does sound enticing. Buuuut that much power is essentially useless on any canyon road. Sure you’ll beat everyone from stop light to stop light, but then again why get all the suspension goodies if you are only going in a straight line. Realistically the Spec 2 is the best blend of ‘absurd’ and ‘gotta have it.’

The only problem I truly see with the RTR is the fact that the interior is spot on the same as a GT with the exception of a silly little plaque. I mean, at least throw out the option of a different steering wheel and some nice seats. Even the option of a 5 point harness would be a nice touch for something that is supposedly drift ready from the factory. I get it, people want their creature comforts, but the perfect build would be a Spec 2.5 that offered these things. Or even better Spec 2R. People go crazy when you throw an R in there, because R is for Race car.

With that, either of the Spec packages by RTR can be a nice option for the Joe who doesn’t want another vanilla Mustang. The Spec 2’s $12k price point is pretty spot on for what you get parts wise, and you get to keep your factory warranty, which is a nice perk. 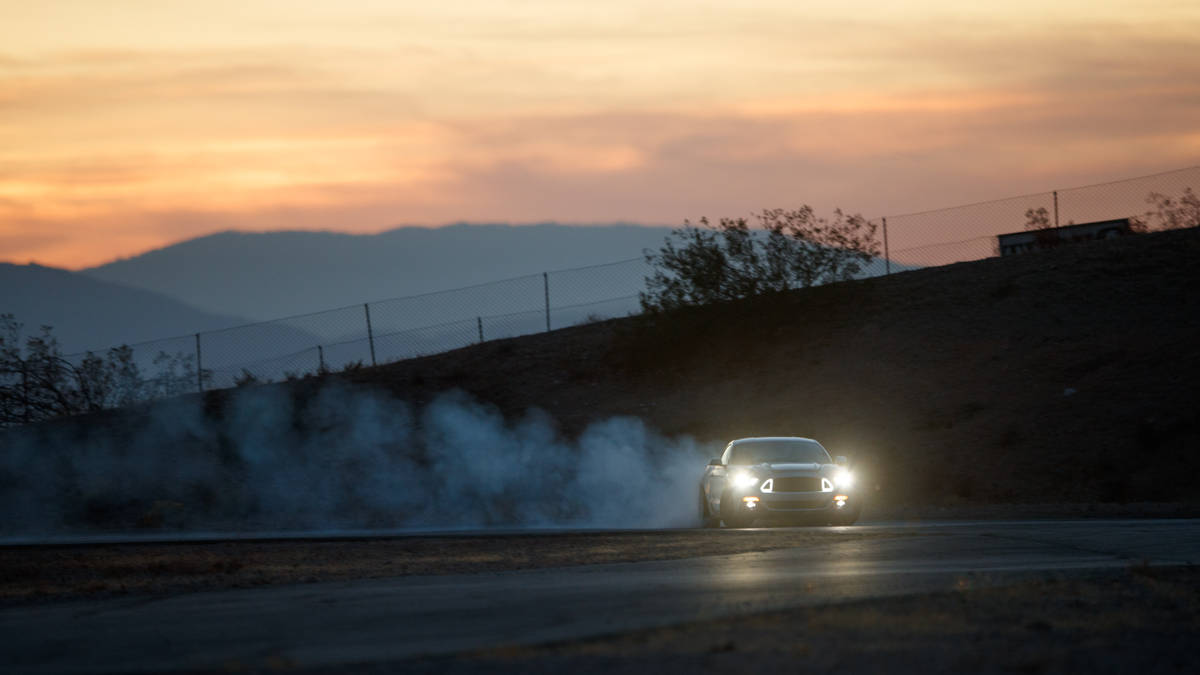 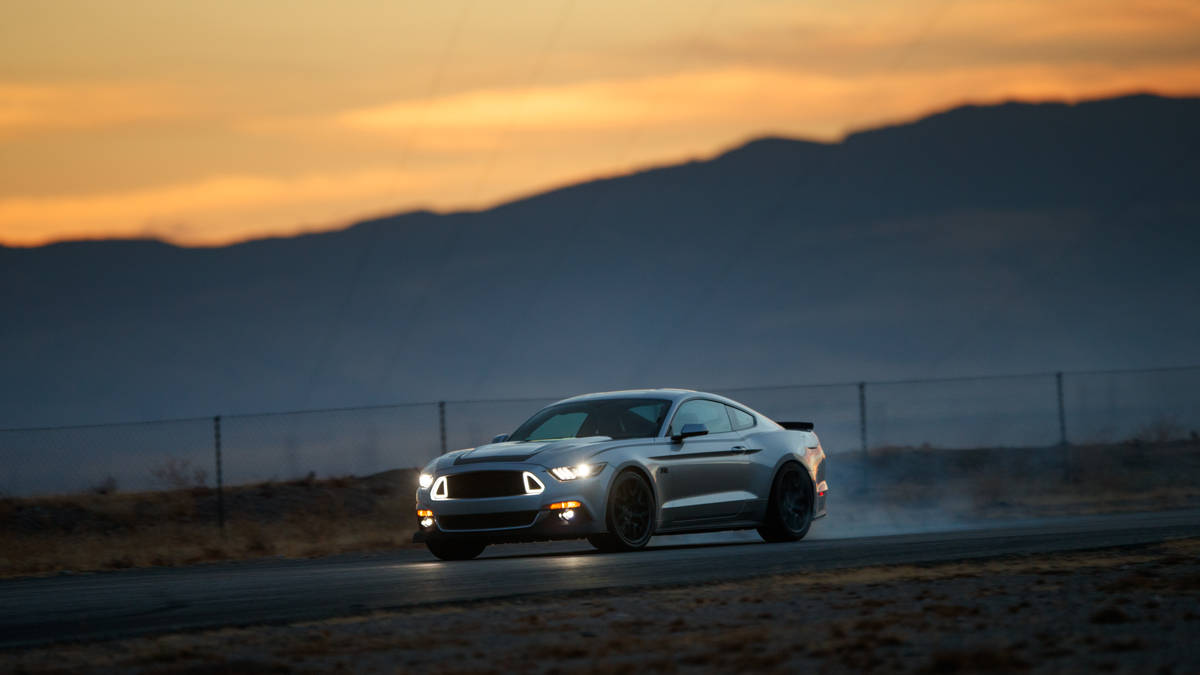 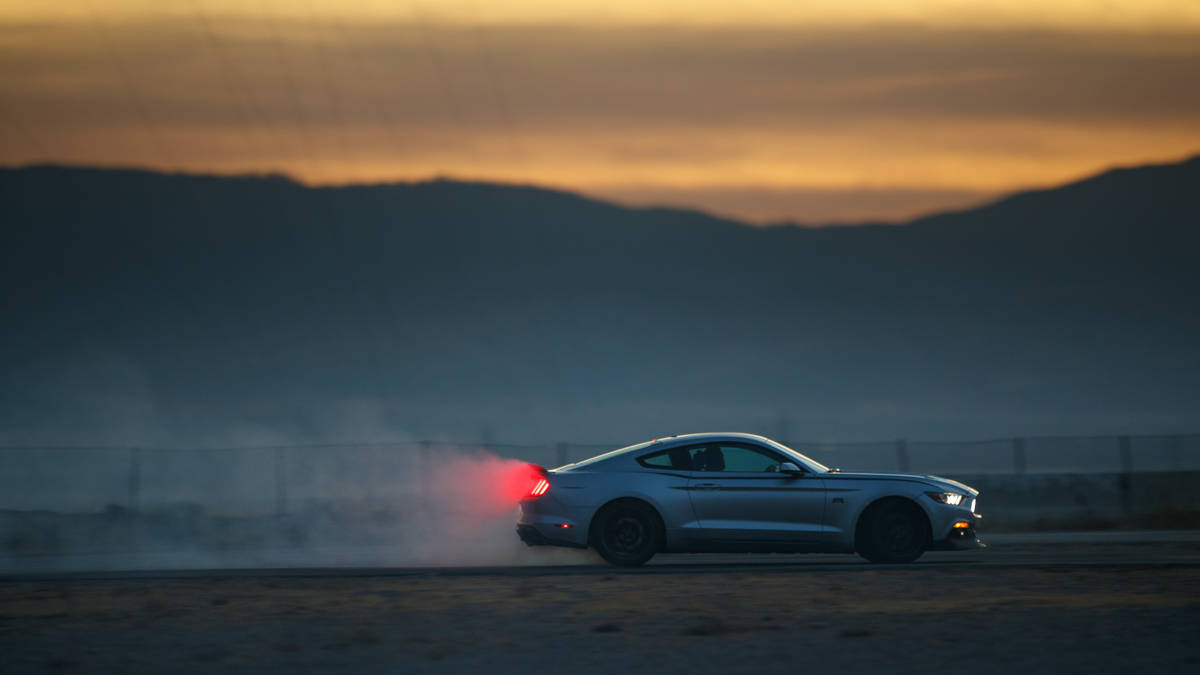 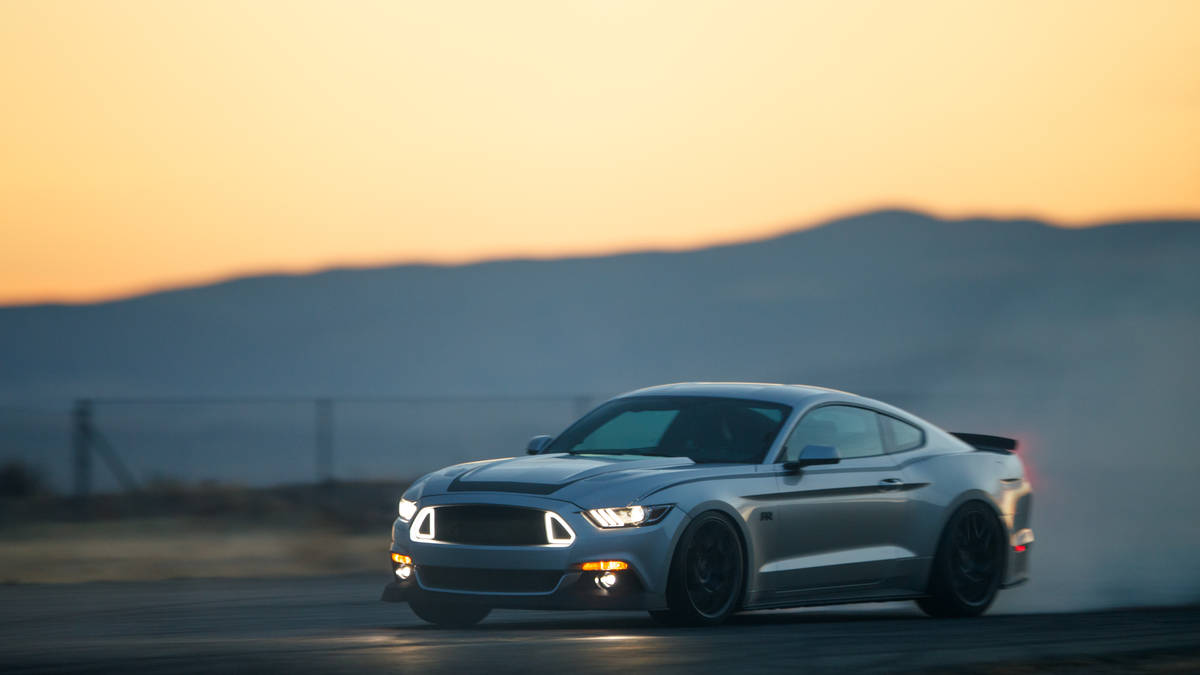 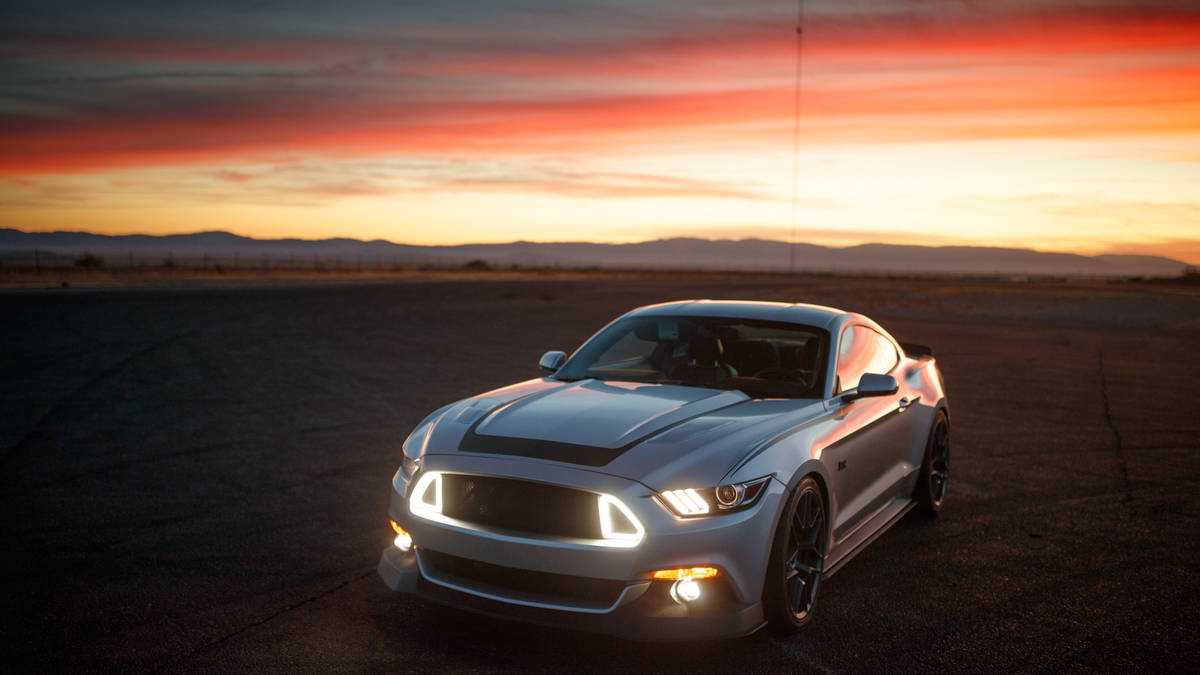 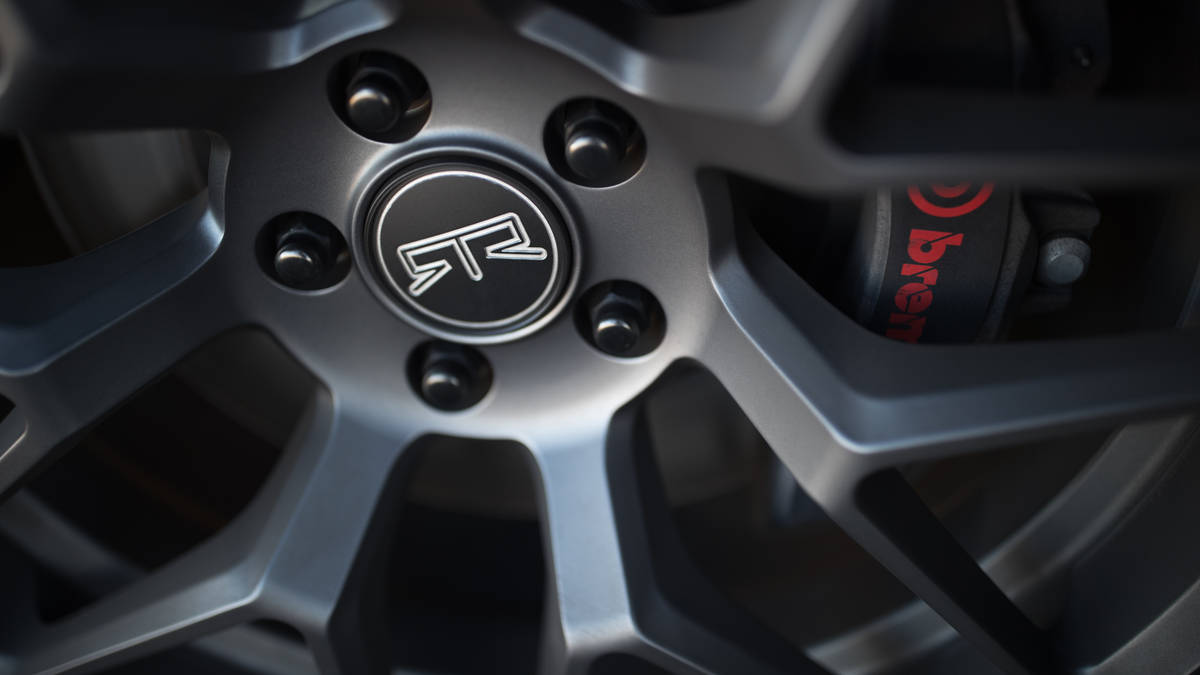 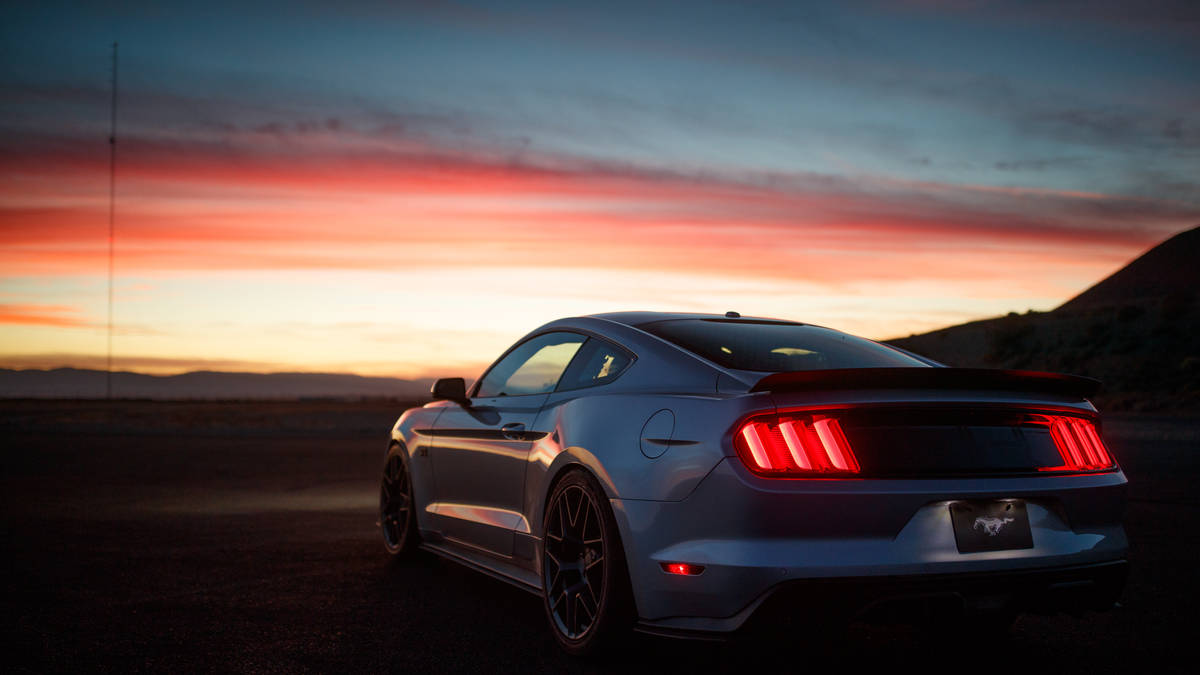 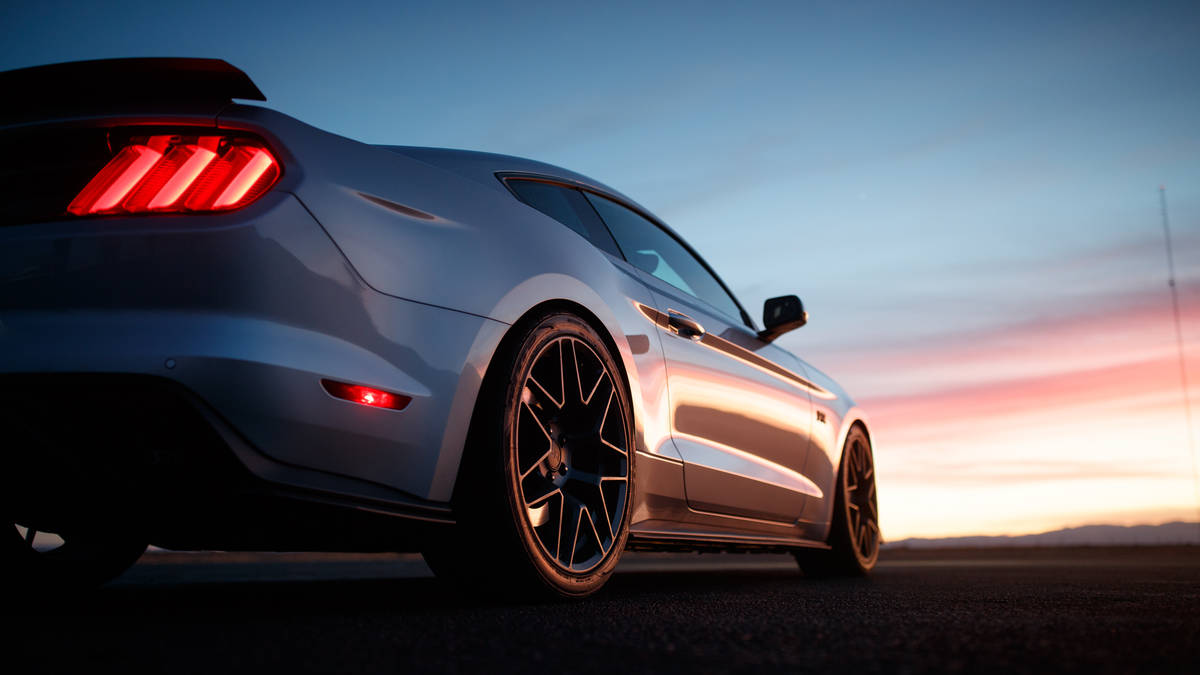 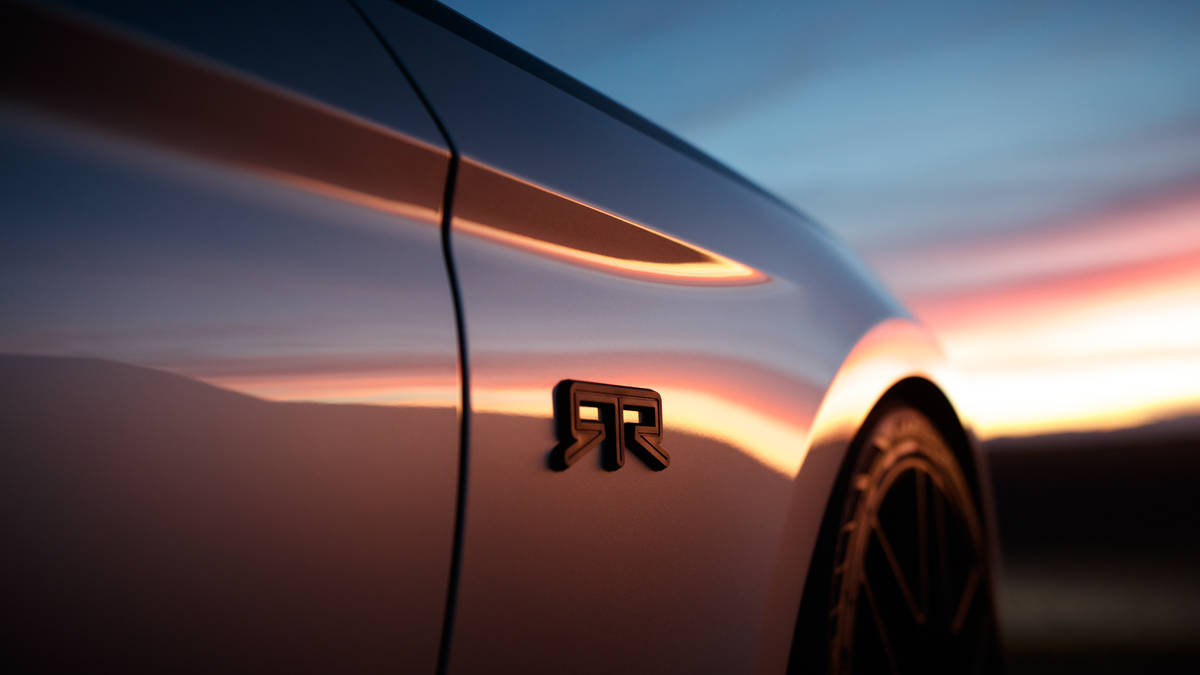 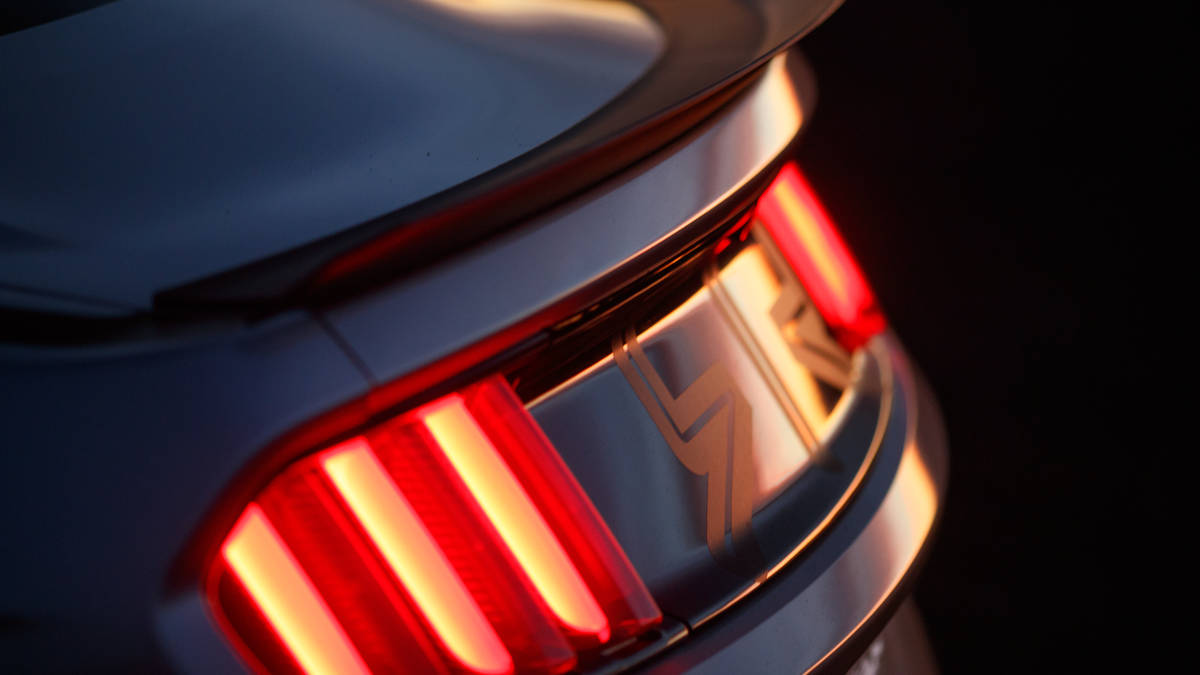 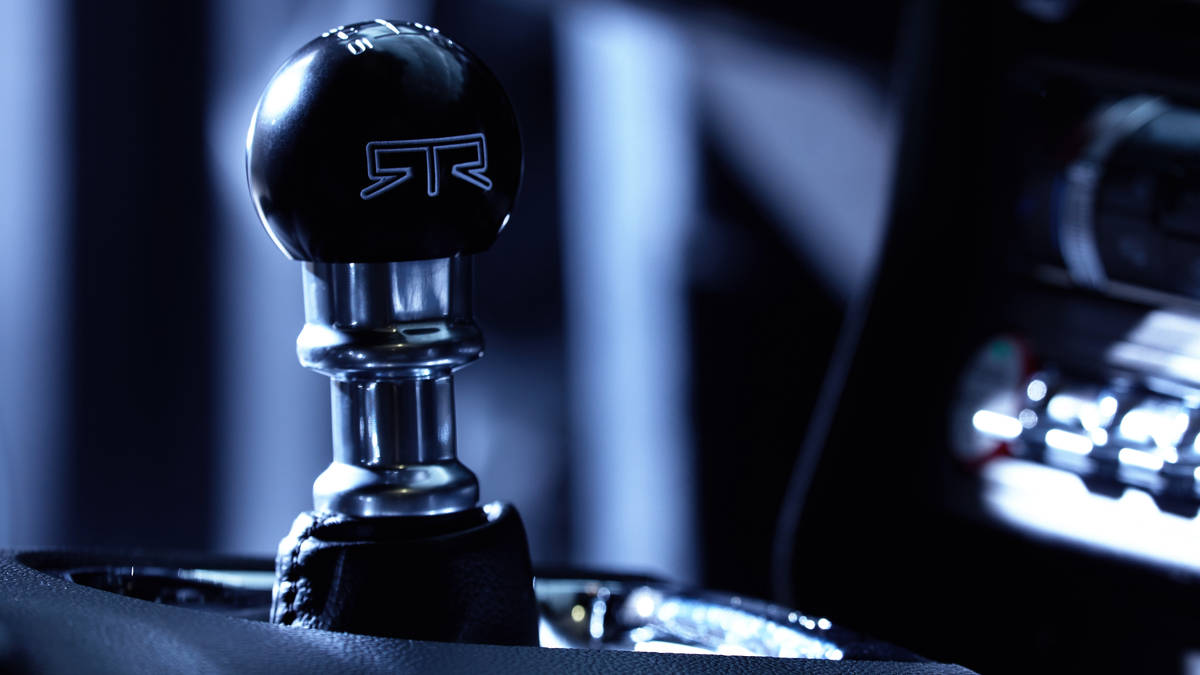 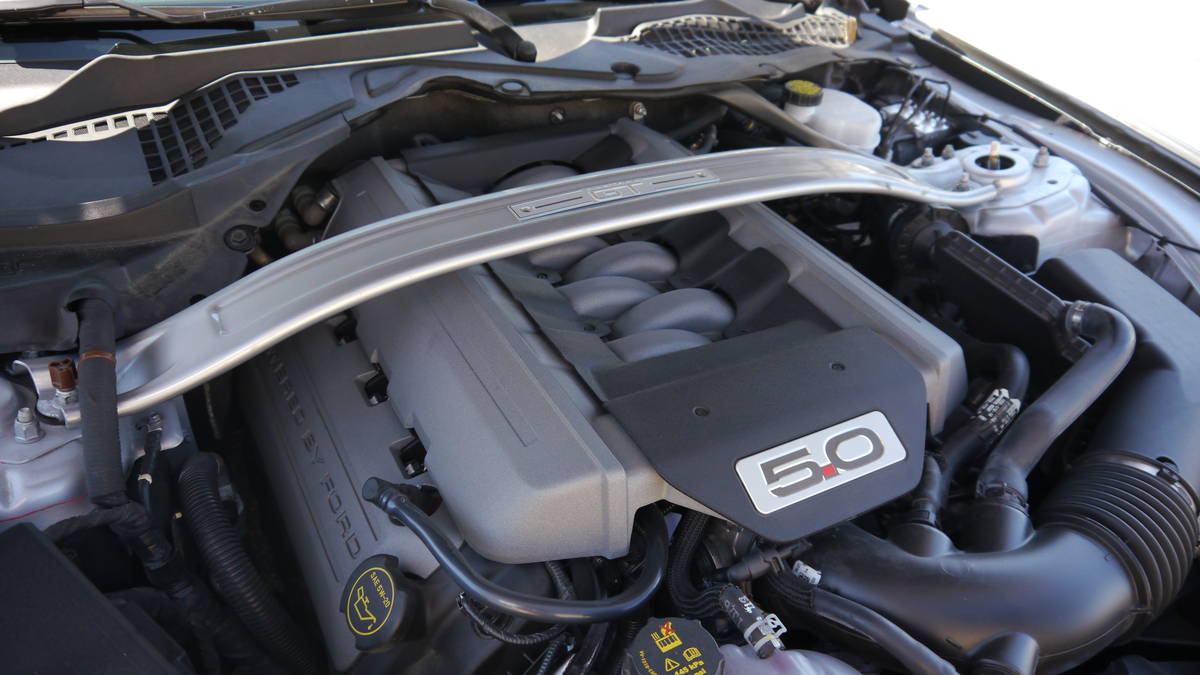 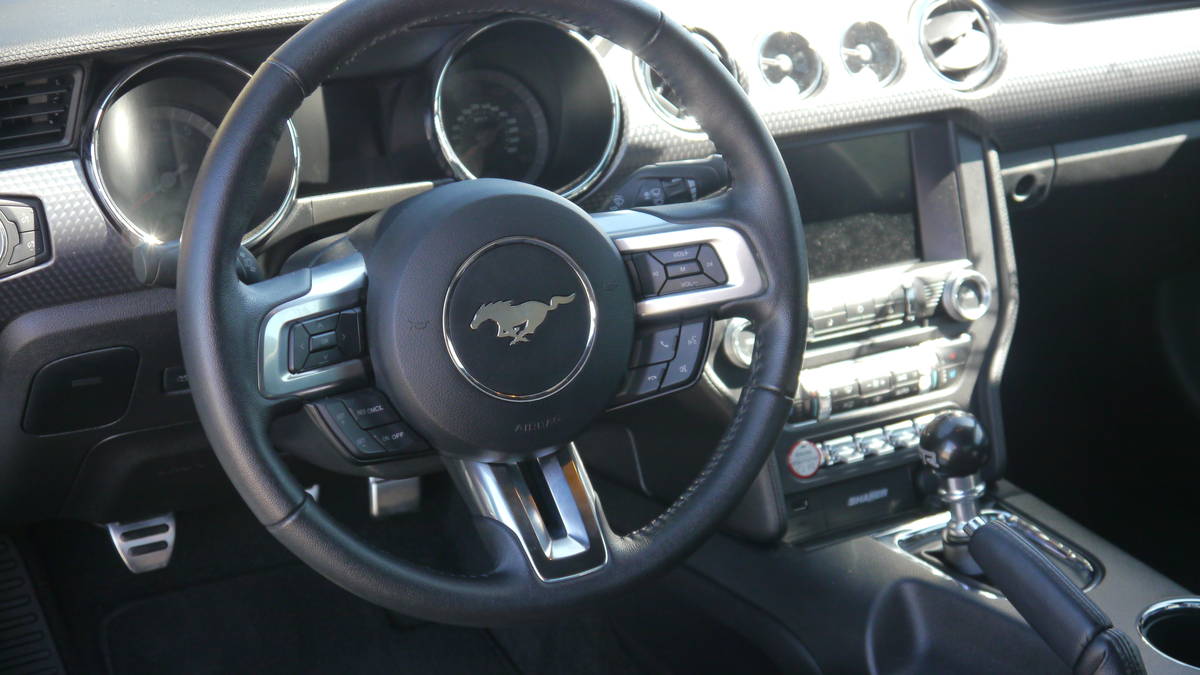 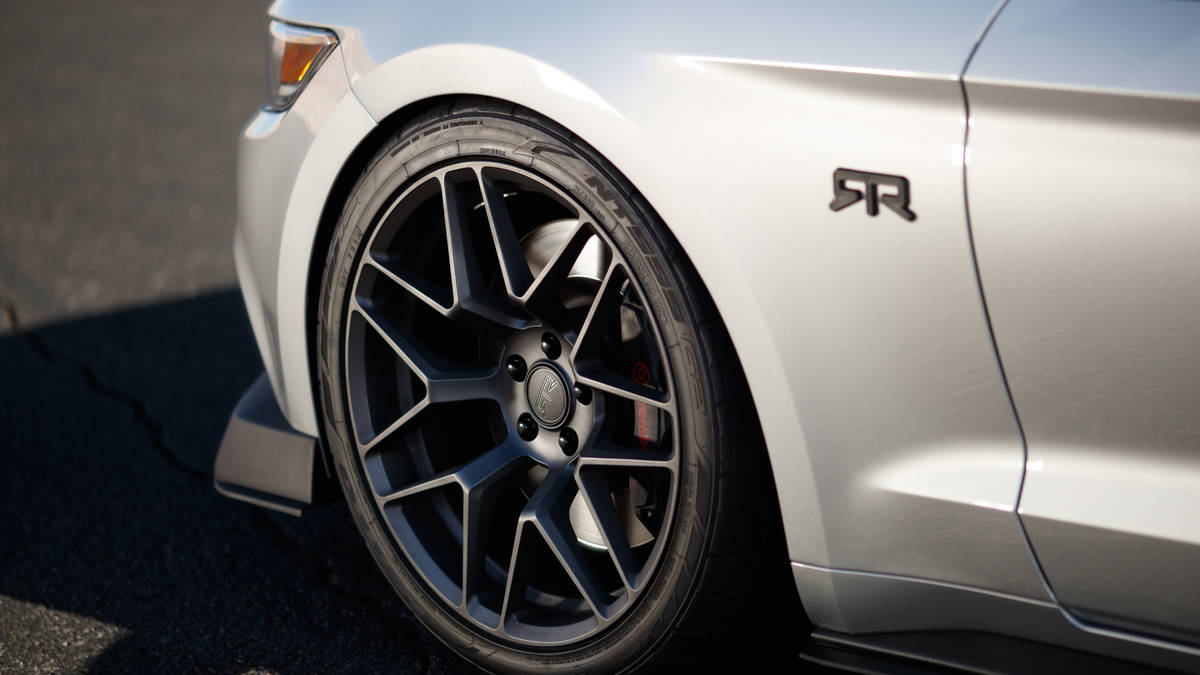 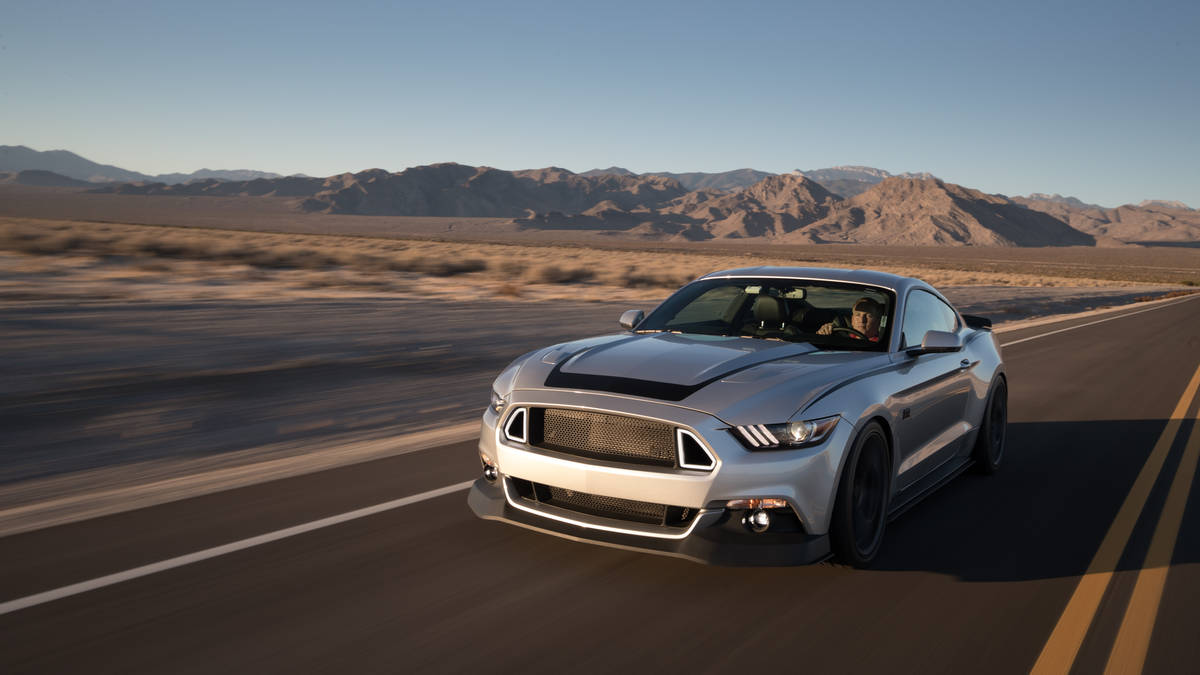