Let’s say you’re a family man that also has the need for speed. You want to have something that has plenty of room, a high level of luxury, without sacrificing even the slightest bit of performance. What do you buy? There’s of course the Porsche Panamera Turbo, or maybe the Mercedes Benz S 63 AMG. But what if you have a liking towards “The Ultimate Driving Machine?” Alpina has you covered with the B7 Bi-Turbo.

Alpina is one of the most respected BMW tuners in the automotive industry. A while back we talked about a shootout between one of my personal favorite BMW’s, the M6 Gran Coupe, and the Alpina B6. And let’s just say I was pleasantly surprised with the Alpina and how it went about providing the same level of performance as the M6, only in a different way. It appears as if Alpina set out to provide that same “next level” performance, only in a much larger, much more luxurious package.

The 7-Series is a technological masterpiece that has more amenities than most limousines. Plus, it’s massive and therefore provides more than enough cabin space for whatever your needs may be. Which makes it all the more impressive that this beast can now hit 205mph! Imagine you have a handful of your friends with you and you have a long open stretch of autobahn ahead of you. And while on this stretch of roadway, you happen to pull up next to a brand new Panamera Turbo and the driver is calling you out for a top speed blast thinking you’re just driving the standard 750i Xdrive, which is no slouch by any means to begin with. However, the Panamera driver will quickly learn from his mistake as he reads Alpina B7 from the back of your car as you pull away from him, and continue to do so until you top out at a mind-bending 205mph.

While the new 760i is a monster with 600hp on tap thanks to the twin turbo V12, the crew at Alpina opted to use the 4.4L twin turbo V8 and just tune the hell out of it. According to reports, nearly every bit of the internals were heavily fortified. The boost was turned up on the turbos and the end result is 608hp. And thanks to an all wheel drive system, the B7 can manage 3.7-second sprints from 0-60mph.

The Alpina only feels like a rocket ship when you want it to be. The rest of the time, it’s the cool, calm collective masterpiece that the BMW 7-Series is so well known for.

Regarding the looks, the B7 is classic Alpina. It has updated badging of course, plus a few small additions like the front and rear spoiler. But really the main difference lies in the wheels, the classic 20 spoke design is something that we’ve seen on Alpina cars for quite some time now, and they’re usually the first thing BMW enthusiasts notice when pointing out the differences between the two cars. There are other options if you, desire, as a matter of fact, Alpina will do just about anything you want if you’re willing to pay the price.

Speaking of price, as with other Alpina models, the B7 is not cheap. Actually, it’s quite a bit more expensive than the standard 7-Series. The entry level model of the BMW version will cost you just over $80,000 and the B7 is going to be at least $150,000 before you start adding additional options. Now I should mention that the top of the line 760i xDrive will cost you around $150,000 as well and will provide similar performance, again just in a different way. 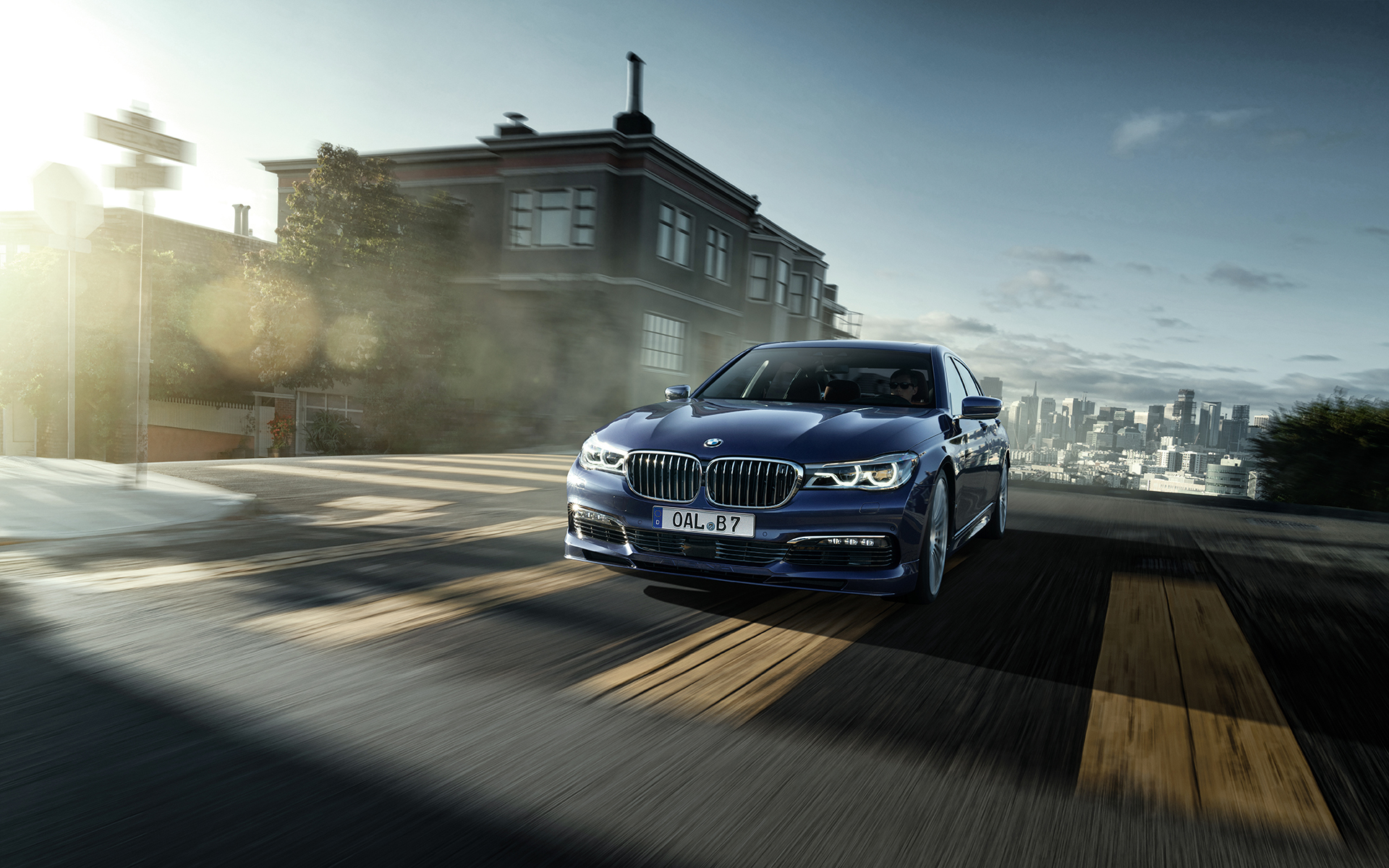 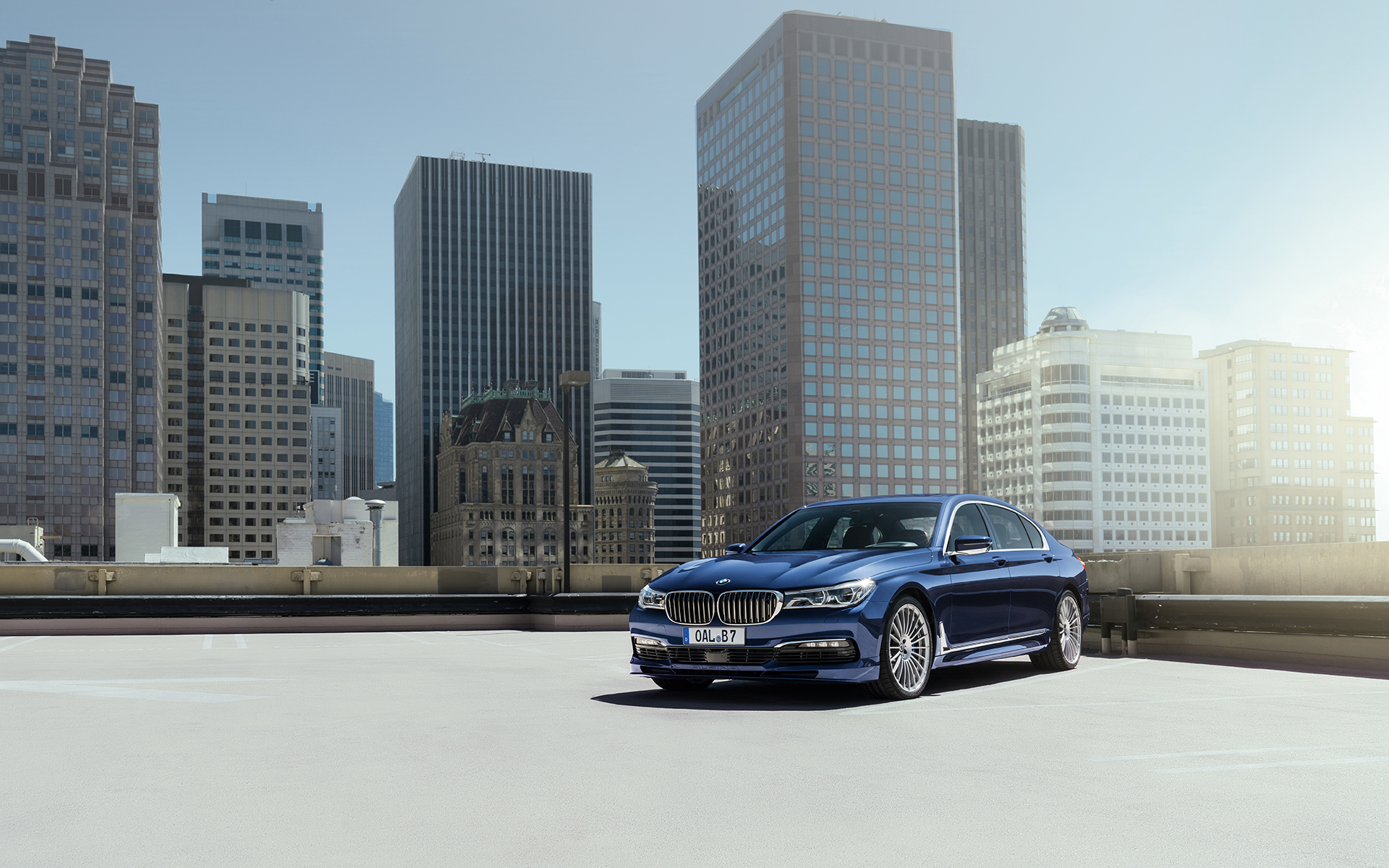 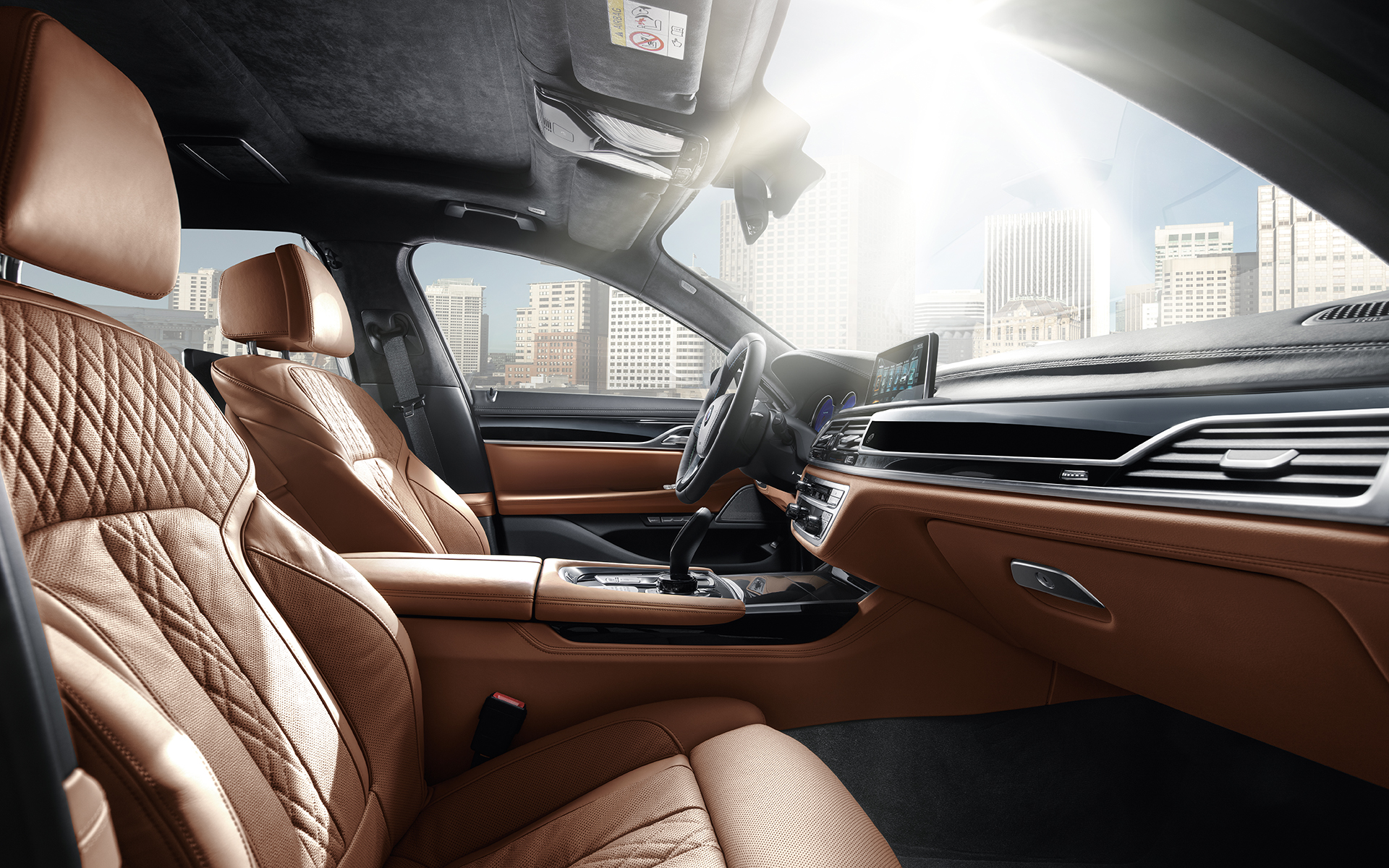 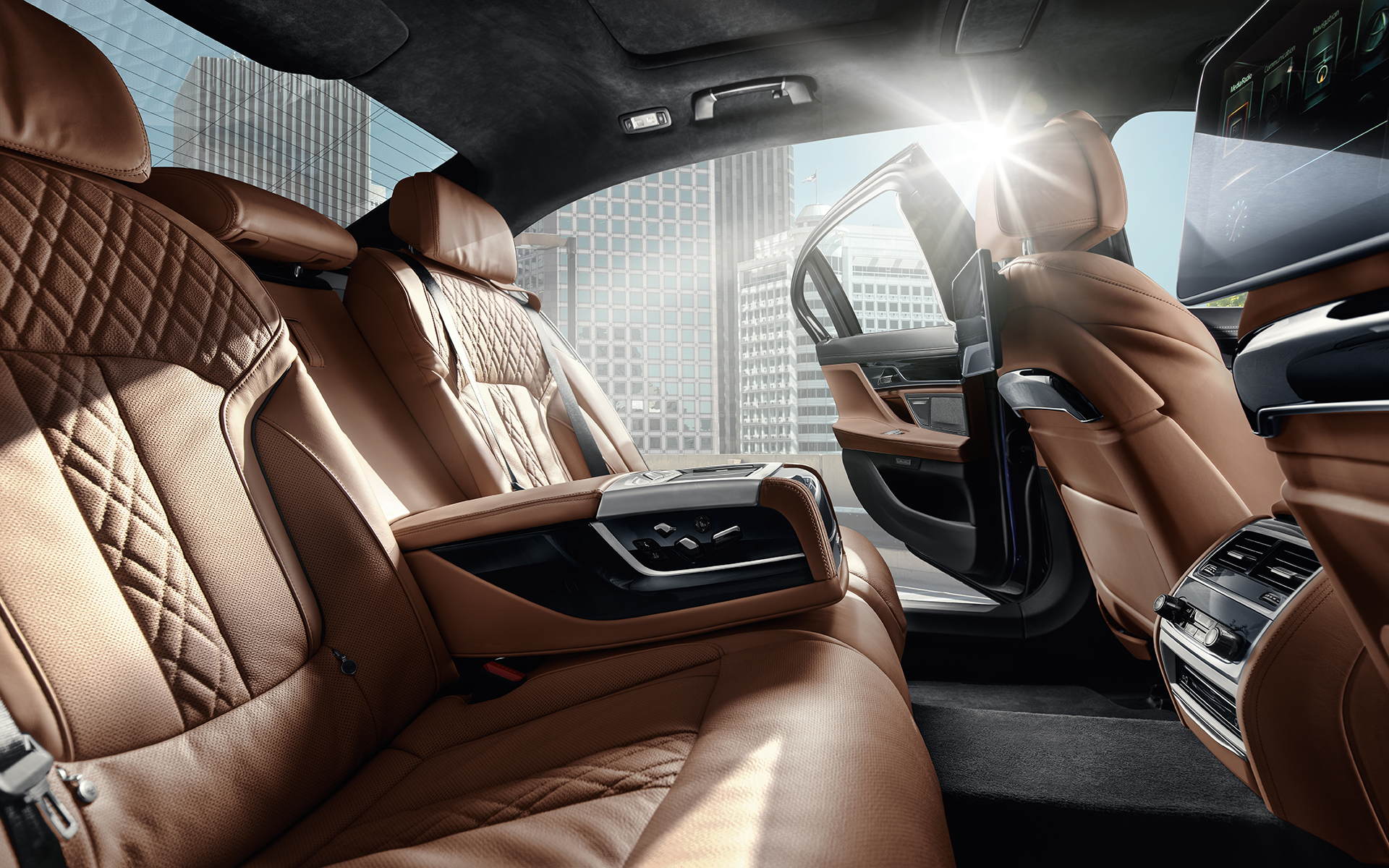 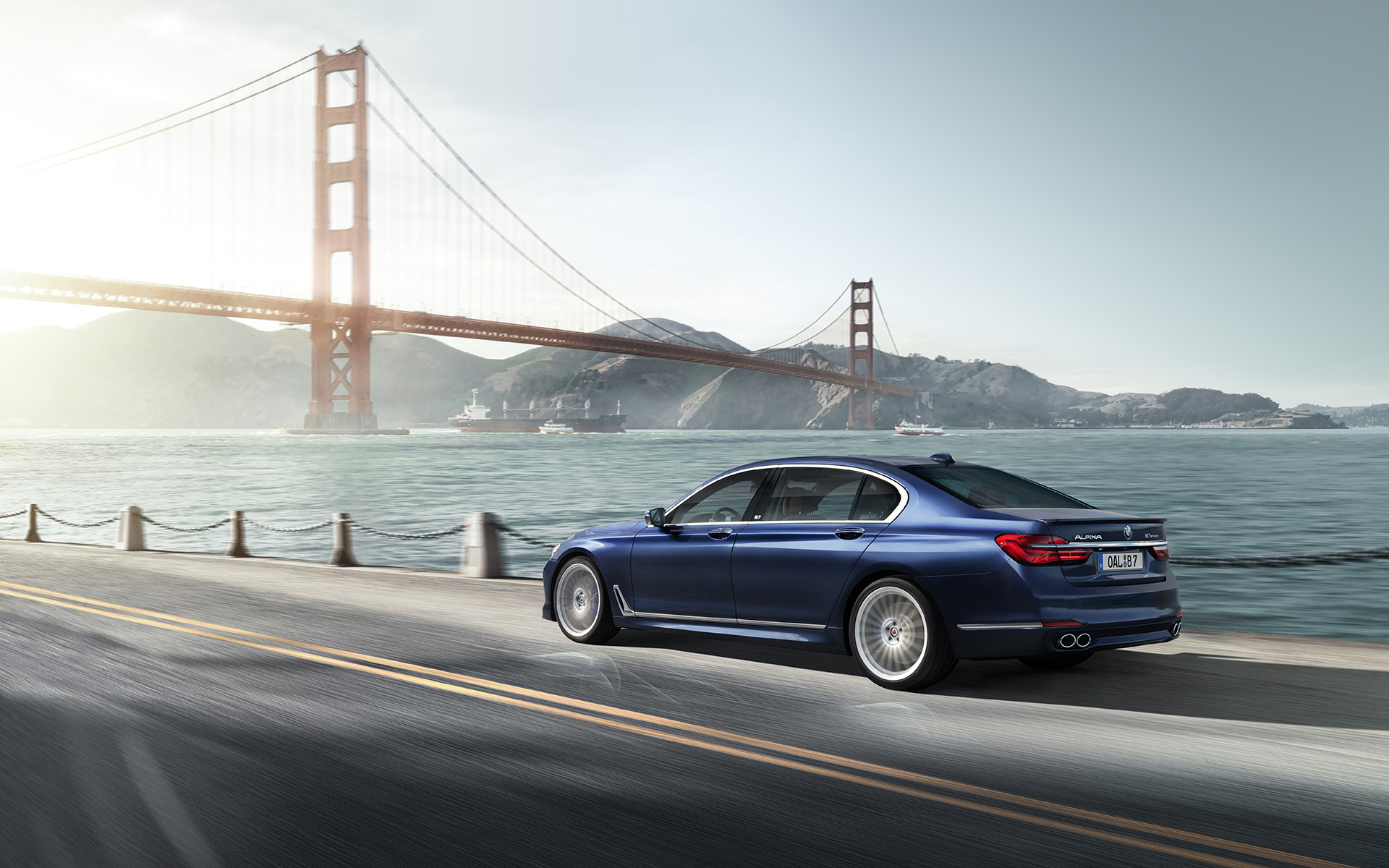 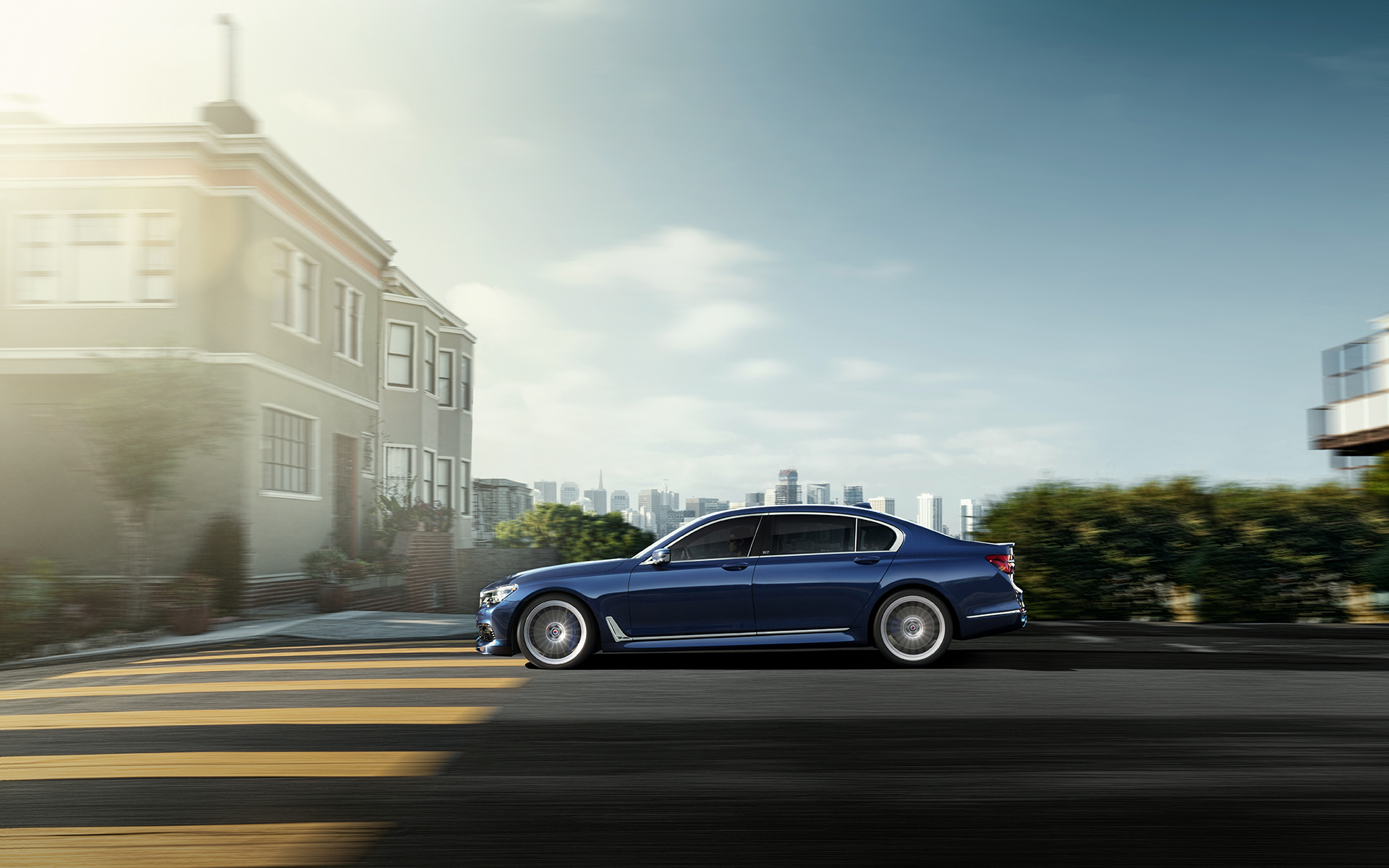