The scrambler will go down in history as one of the corner stones for motorcycling. The idea alone is a bold proposition, take a production street bike and modify it until it’s capable of tackling off-road conditions while still being functional on pavement. Back then it was a tool used to compete in point to point racing, tackling any varied terrain that dare stand in your way. From that point on, the scrambler was born. 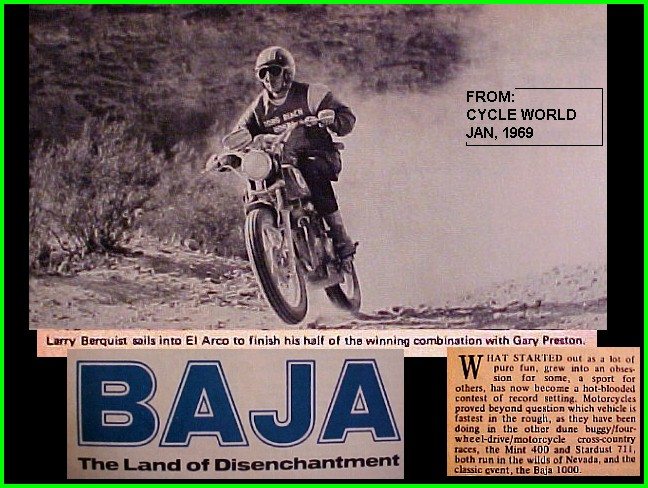 By the late 1960’s building a scrambler was so popular that manufactures started offering scrambler specific models, most notably the Ducati Scrambler (very original name) and the Honda CL350, the latter being used to win the 1968 Baja 1000. By the mid to late 70’s manufactures had started to produce more dirt specific motorcycles, putting a significant damper on the need for a scrambler. But the trend never truly died, and now more than 30 years later we are witnessing a scrambler resurgence.

Triumph and Ducati have a long history with scramblers, both companies having purpose built models in years past. BMW is now the proverbial new kid on the block, trying to become one of the cool kids, doomed to most likely end up stuffed in its own locker. BMW made a splash last year with the release of the R nine T model, a modern celebration of BMW’s 90 year history. They have since taken that seriously impressive platform and turned it on its head.

The all new R nine T scrambler is slated for the 2017 market and features the same 1170cc air/oil cooled opposed twin engine and transmission as the standard R nine T. Although that is about the extent of the similarities. The new scrambler features a different front fork, going away from the standard USD unit to a more traditional 43mm fork. The rear shock and brakes have also been swapped for more economical units while also adding a slight bump in total suspension travel. BMW sells the scrambler stock with cast wheels and a more street oriented tire, which I find as a terrible disappointment. However, they do have a remedy at the tune of $3040 for spoke laced rims. Don’t fret though, BMW will throw in the Karoo 3 50/50 enduro tires for ‘free’. This small(optional) change takes the BMW from already being the most expensive on the list to a league of its own with a $16,000 price tag. Combine that with an overall lack of performance, from the suspension that under performs on and off-road, and you’re left with more form than function. Now it does boast the most powerful engine of the bunch – which is commendable – but it lacks the necessary refinements from the other components to make use of that power. From time to time less can be more, a lesson BMW could learn from both Triumph and Ducati.

Triumph has had a long and relatively successful run with their scrambler since its 2006 introduction. While the scrambler of old utilized the Bonneville platform, it wasn’t much for performance. It mainly skated by on its classic good looks. But now we are getting an all new platform, one with which holds a lot more promise. Receiving its own chassis, the Street Scrambler shares the same 900cc mill found in the Street Twin, producing a respectable 54hp & 59Lb-ft of torque. With a slew of new components including suspension, ABS brakes, and ride-by-wire throttle, the Scrambler has been transformed from a rideable piece of art to an asphalt assaulting machine that still happens to look timeless. Its off-road performance isn’t anything you will write home about, lacking enough ground clearance to competently go adventure on more than most fire roads. Clearance aside, the new chassis is well balanced with a much better center of gravity, making it very manageable for those times you decide to keep going when the pavement ends. In direct comparison to the BMW, the Street Scrambler is lighter and better balanced, performing better in both the twisties and in the dirt.

Both the Triumph & BMW exemplify a new age scrambler, both lacking off-road performance in different ways while putting an obvious focus on street performance. Both are great bikes in their own right, but if you are looking for a true do it all, you need something more extreme. You need the Ducati Scrambler Desert sled.

Ducati shocked everyone when they brought back the Scrambler name, although the most shocking part was that it wasn’t much of a scrambler. It appeared as another small Monster, rebadged and slightly re-tweaked. Using a 803cc v-twin engine it sits directly between the Triumph and BMW producing 75hp & 50Lb-ft of torque. It appeared as if it was more of a marketing gimmick than an actual dual purpose bike, but in fact it was just a stepping stone. Perfect for a beginner or someone who rarely strays from the black top, similar in performance to both the BMW and Triumph mentioned earlier. But the true scrambler enthusiast asked for more, and Ducati heeded their request and built the Desert Sled. Utilizing the same platform as the Icon Scrambler, the Desert Sled is a true dual purpose machine more than capable of riding off the beaten path; fire trails not required. Ducati increased the suspension travel to almost 8inches, requiring some serious swing arm refinement. It was also given spoked wheels wrapped in more aggressive knobby tires, a front fender mounted higher to keep rocks at bay and a reinforced frame to accommodate the abuse you are bound to put it through. The result is a true scrambler, still not a full blow dirt bike, but rather a very capable bike that can attack the asphalt as well as the desert dunes.

Of the three bikes, the Ducati Desert Sled is by far the most functional of the bunch, performing admirable on all surfaces. The triumph is still an instant classic, proving it just needed a tune up. It is lively and feels right at home in any canyon, while still providing the option to adventure down that unknown gravel road when the mood is just right. The BMW is in all honesty, a slight let down, it seemed to promise more than it could deliver. The platform seems to fight itself, almost like its suffering from an identity crisis. It’s best suited for those quick city jaunts to the coffee shop and back, being much more about the look than the performance, and for that you would be much better off on the standard R nine T.

Which every bike fits your fancy the scrambler name is alive and well, even evolving to present an option for every type of rider.