Rezvani came out with a radical concept last year when their Beast Alpha was debuted. The lightweight Beast Alpha is still in the works, with the company officially taking pre-orders for later this year. It’s a promising boutique sportscar that with a couple tweaks could become a real force in the industry.

The California-based company made a big splash in a small pond last year when they announced plans for a lightweight supercar that packed a massive punch for a mere $200k. Back then it was based off the infamous Ariel Atom platform that everyone knows and loves. Although it wasn’t just a cheap body kit and clever marketing. Rezvani redesigned some key components, added a gorgeous full carbon fiber body, and re-worked the engine to the tune of 400hp. It checked every box, and some of those boxes we didn’t even know existed. I am of course referring to the forward sliding doors. The only issue was the actual price, $200k seemed just a little steep.

Lucky for us Rezvani went back to the drawing board and has come up with a car that has a more modest starting price of just $95,000. With a mid-engine rear wheel drive layout that weighs less than a Miata, with 3 times the power, the price becomes more than fair. Unfortunately, Rezvani has taken the big box approach to their new pricing structure, advertising the lowest possible price point, and then hit the customer with addition fees for all those fancy upgrades. We are used to companies like Ford doing that, but not so much with the small boutique brands like Rezvani. Luckily the add-ons aren’t too costly, with a fully loaded model coming in a fair bit under their original $200K price point.

So what’s new with the car? Is it appropriate to say everything? Because, well that’s essentially true. The chassis is no longer shared with the Ariel Atom. Rezvani elected to design their own chassis from aluminum. The body is no longer the gorgeous full carbon unit, instead featuring much more fiberglass. This can be changed if you decide you want it and happen to have a spare 10-grand laying around.

The engine has also been changed from that of the original Ariel Atom mill. It’s rumored that the block comes from an Acura. Either way it does appear to still be a Honda sourced unit, but it is now punched to a fresh 2.5-liters. Rezvani has partnered with the legendary engine builders over at Cosworth to help them develop this 2.5-liter. The final product is a 400hp screamer. Mated to a standard 6-speed transmission the little Beast Alpha lurches to 60 in just 3.2 seconds. With a curb weight of less than 2000LBS(just barely), it appears the Beast Alpha is set to be an extremely quick car.

The interior is well laid out with lots of (optional)carbon surrounding the driver. While the Beast Alpha isn’t the most feature-rich build we have seen it does come with a respectable amount of perks. The most notable will definitely be the full digital display, optional Apple Car Play unit and a set of in-house built bucket seats. It all seems surreal for a car that is claimed at being under the $100k mark. Unfortunately, there is a reason for that.

This is where it gets a little murky. First the price. Yes, you can get yourself into a Beast Alpha for under $100k, but the truth is you are looking to end up much more than that depending on how you option the car out. We already mentioned the costly carbon fiber body, but what about those magnificent sliding doors? Roughly a $15k addition on top of your newly minted money pit. Carbon ceramic brakes? Just shy of 9-grand! That Apple Car Play you just have to get? Tack on another $3,500. And all the while you are building this thing saying to yourself, ‘but I have to get the carbon body and best brakes, it’s a performance car after all!’ And before you know it that appealing $95K price point is now much closer to 200-grand than you may be comfortable with, yet it still seems oh so necessary.

And that’s not to say the Beast Alpha isn’t worth it. Sure, the name sounds like it was thought up by a man who used his child’s transformers for inspiration. Yet even with the idiotic name the Beast Alpha is a phenomenal car. It has a well-designed body, and the styling is edgy yet 100-perecent on point. The addition of a targa roof is a stroke of genius that seems to be lost in today’s world. And the powerplant is perfectly suited for a car of this avenue. It all matches beautifully. And yet if the name doesn’t turn you off(which let’s be honest, it totally does) than the overwhelming add-ons will. Seems like Razvani has painted themselves into a corner by trying to sound more appealing.

Poor naming choices and ridiculous up-charges aside, the Razvani designed car is a shot in the arm for lightweight sports cars everywhere. In a time where horsepower numbers climb at an alarming rate it is always refreshing to see a lightweight package matched to a finely tuned inline 4 putting out respectable numbers that are still usable by those of us that actually drive them. On the styling front alone, I was absolutely polarized. Hands down one of the greatest looking cars I have seen in years. Honestly, it’s a car I would typically dream about owning, yet I know I couldn’t do it. I couldn’t live with the thought of being forced to mumble every time someone asked me what my car is called, and with a car this unique, that would be very often.

What would I do differently you ask? Well, first I would only offer the car as is, bump the price back up to where you need it and make it as impressive as the first time you brought it to the world. It’s still under your original quote of $200,000, so what’s the harm? And secondly, ditch the hilariously bad name. With a company name like Razvani I’m sure they can do oh so much better. 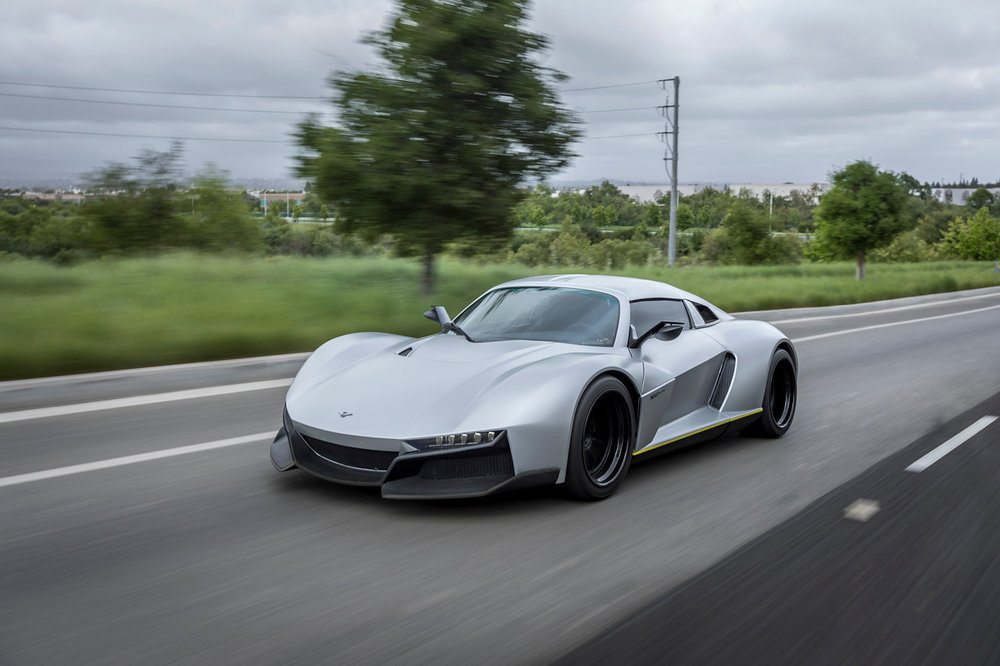 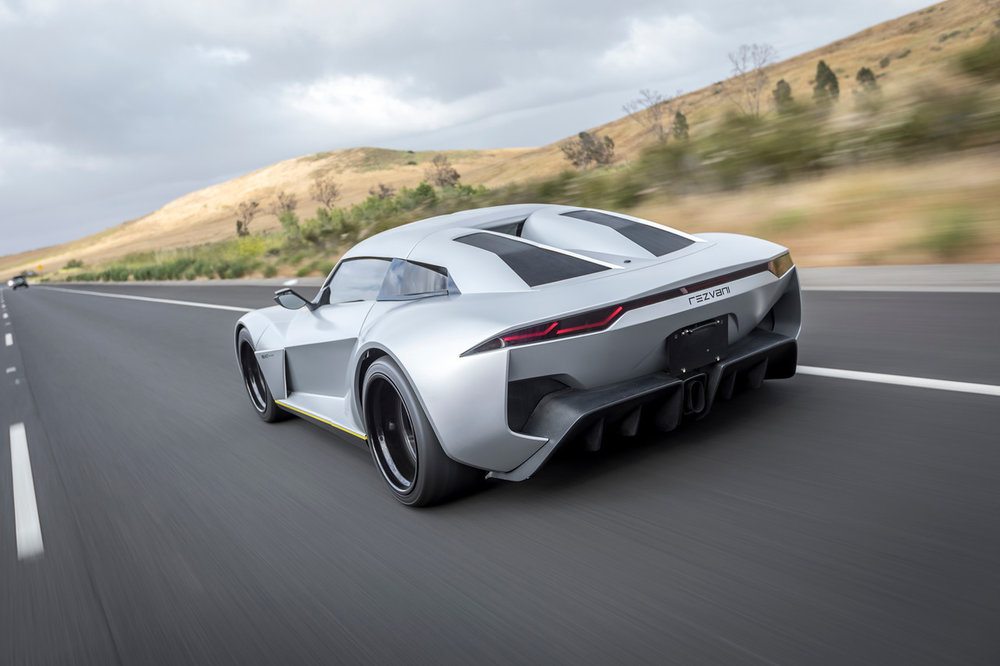 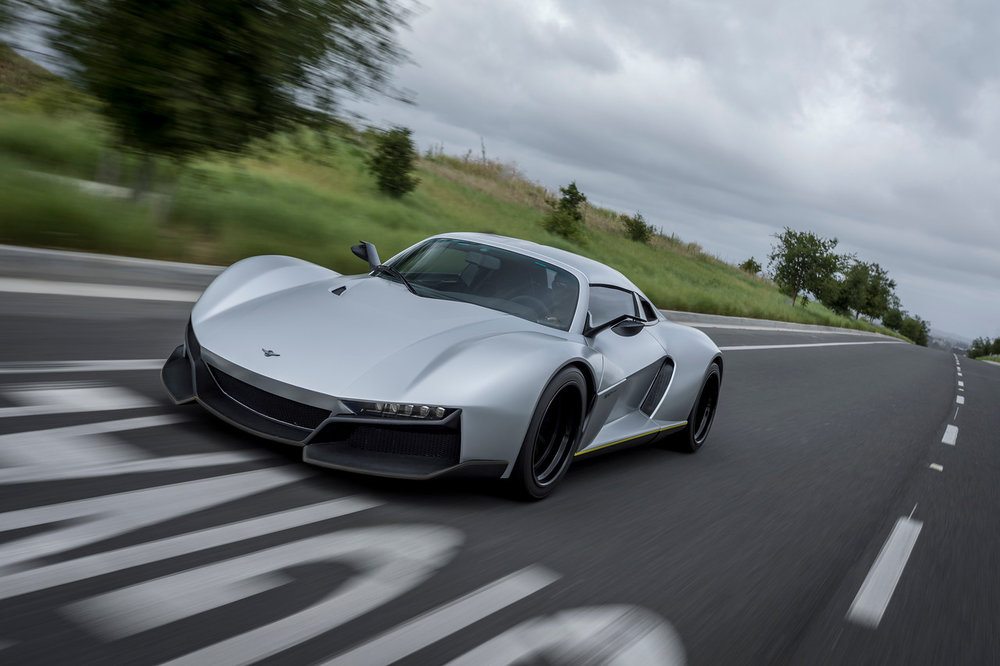 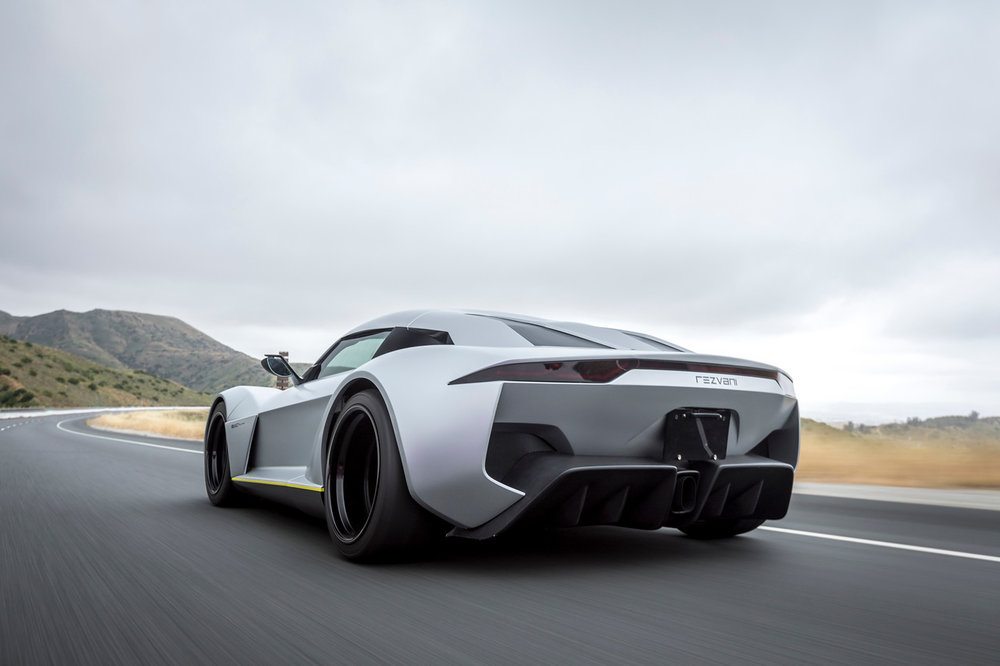 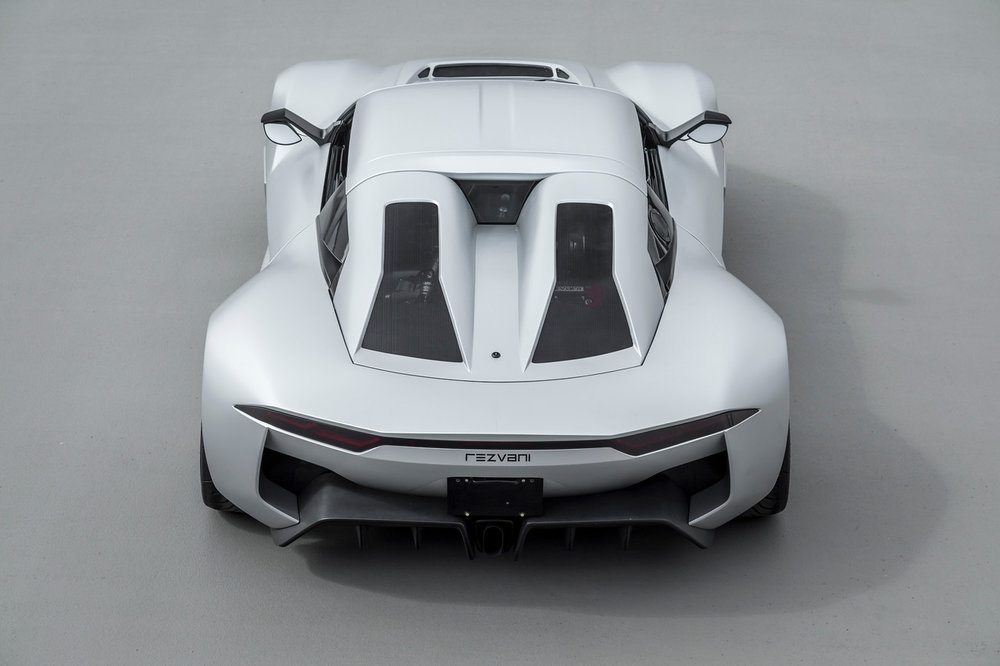 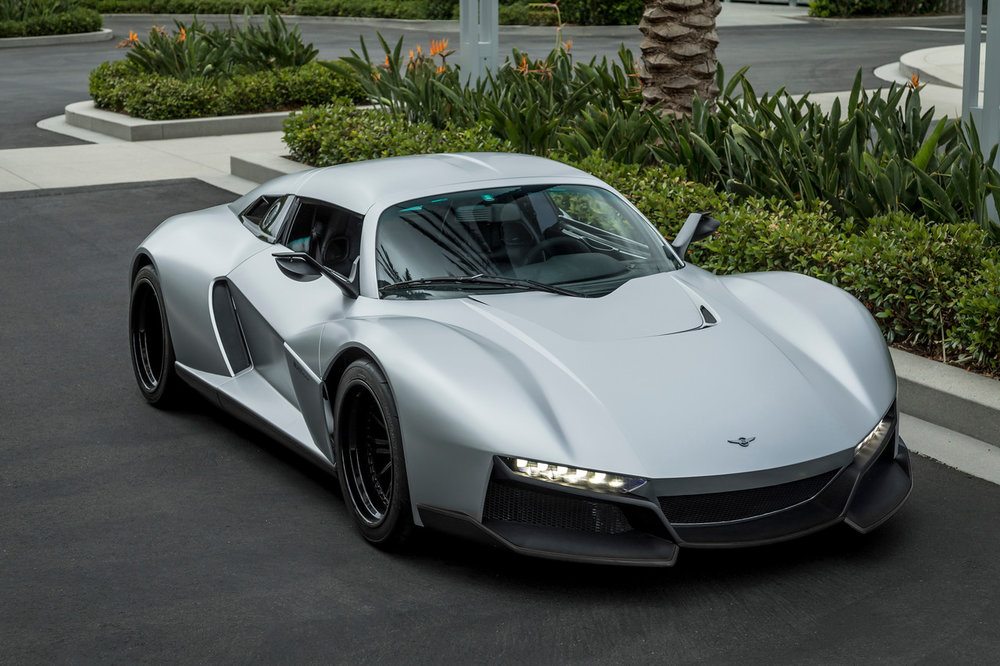 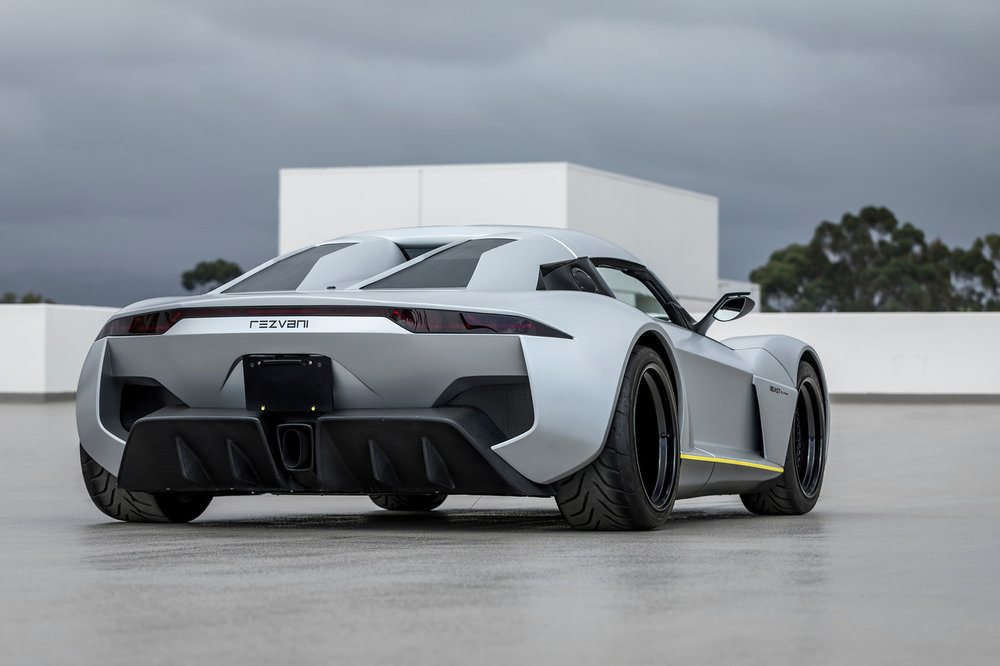 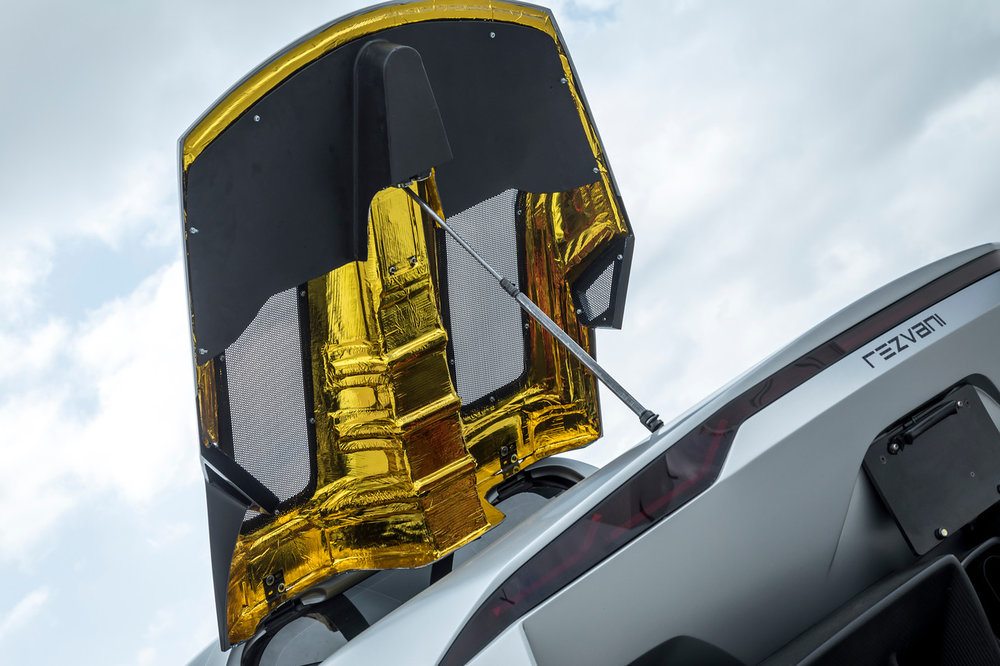 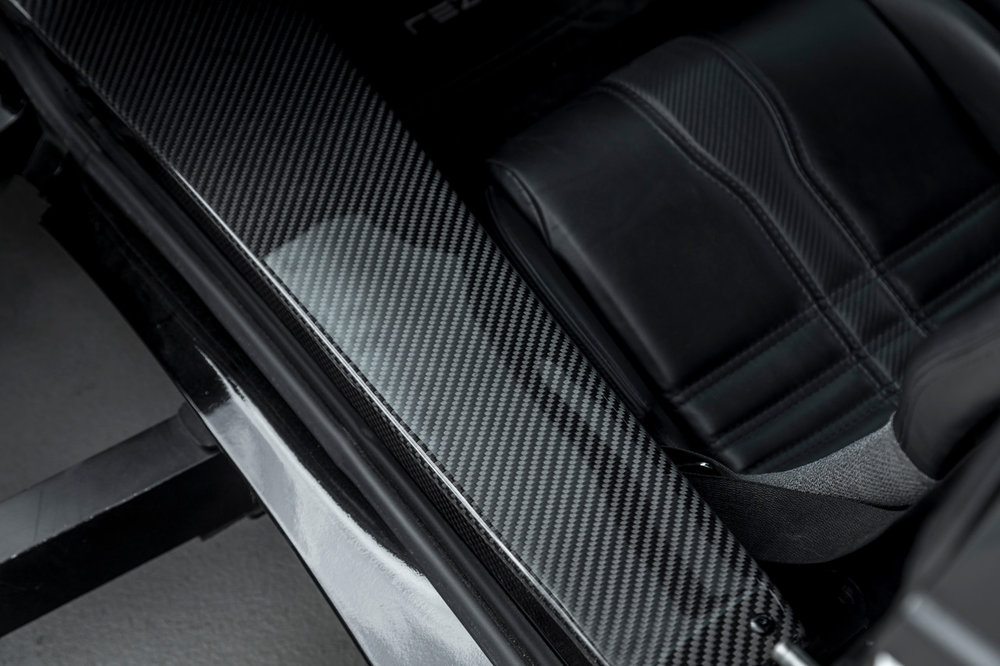 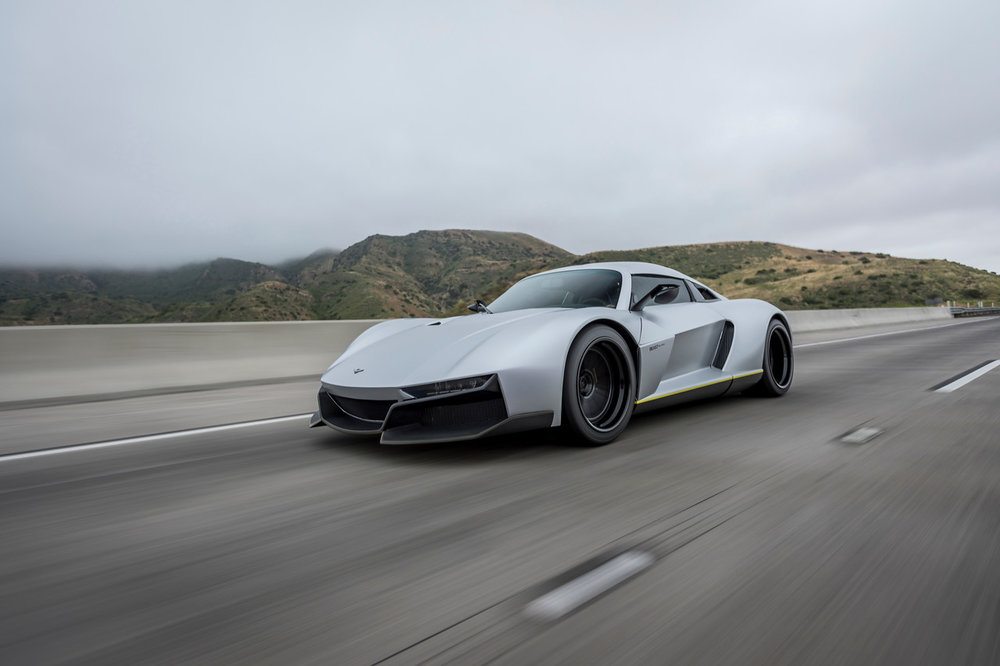 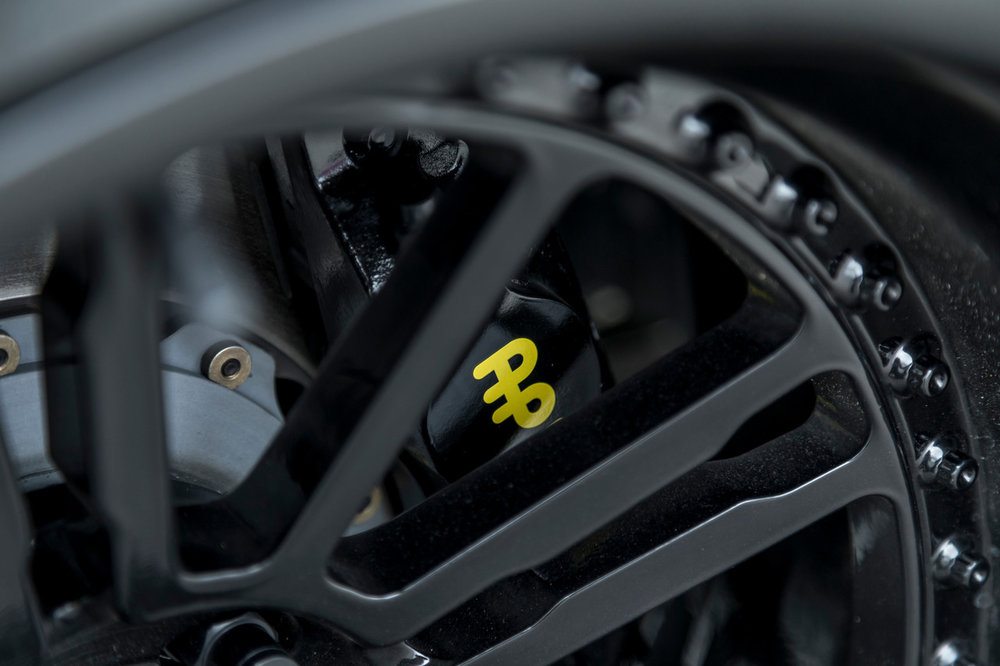 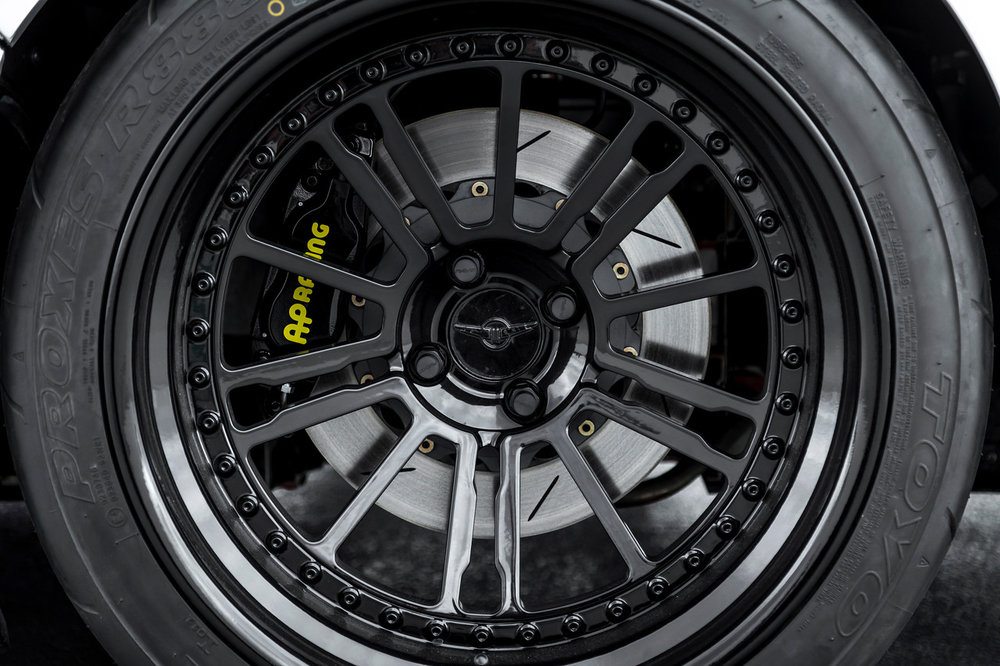 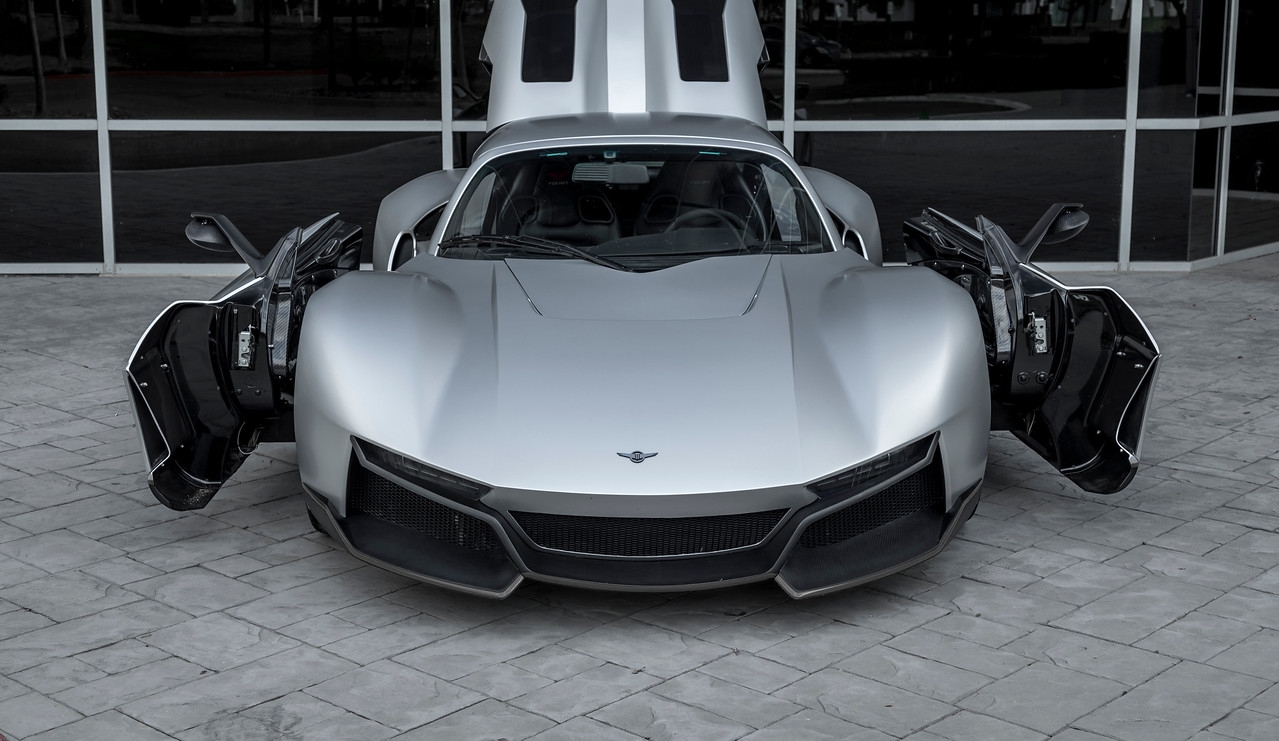 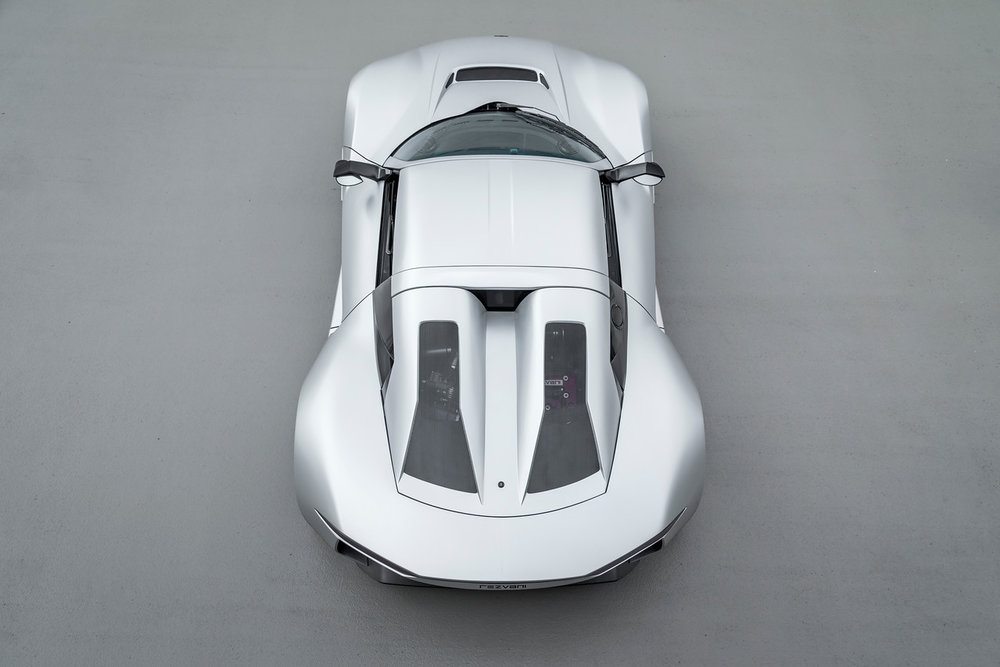 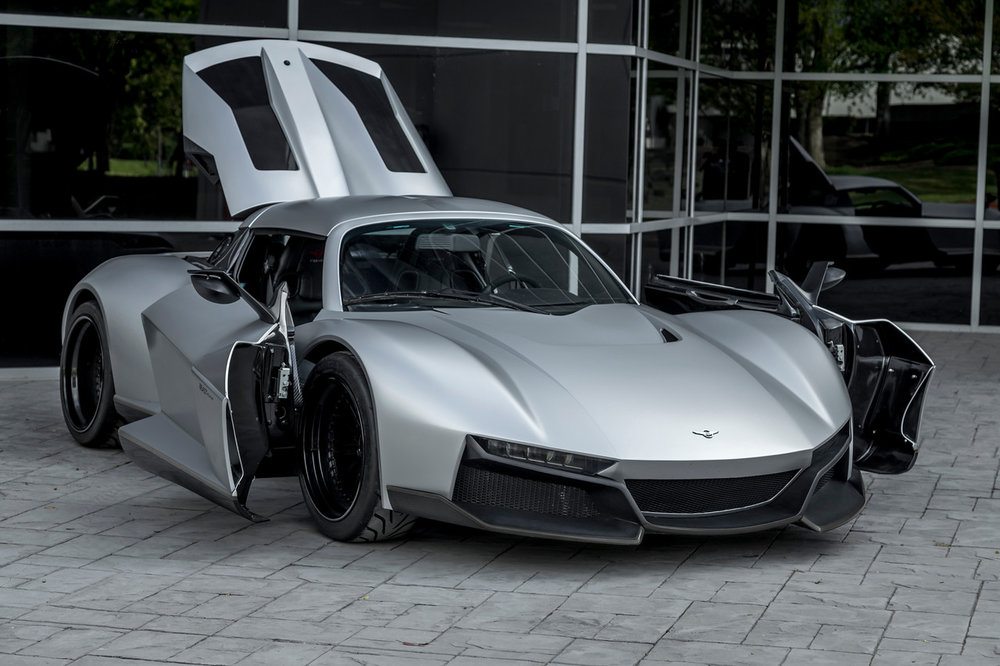 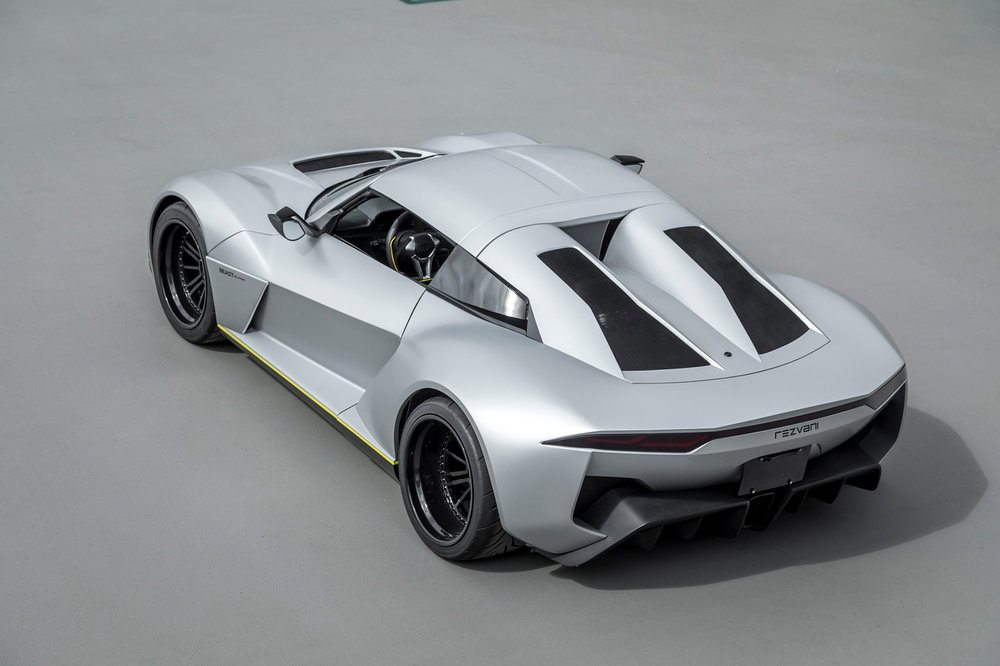 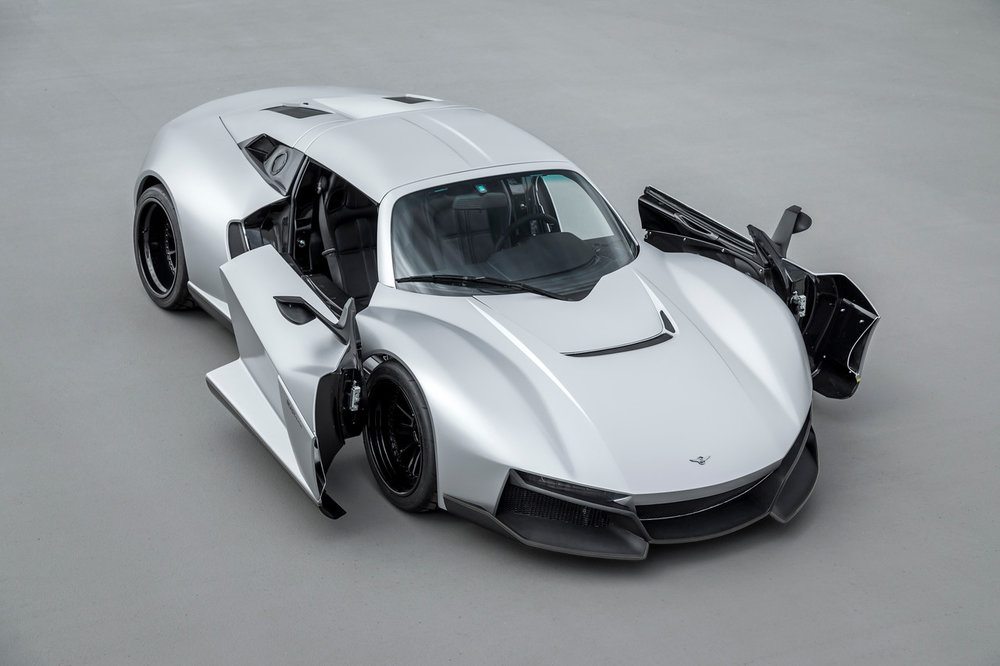 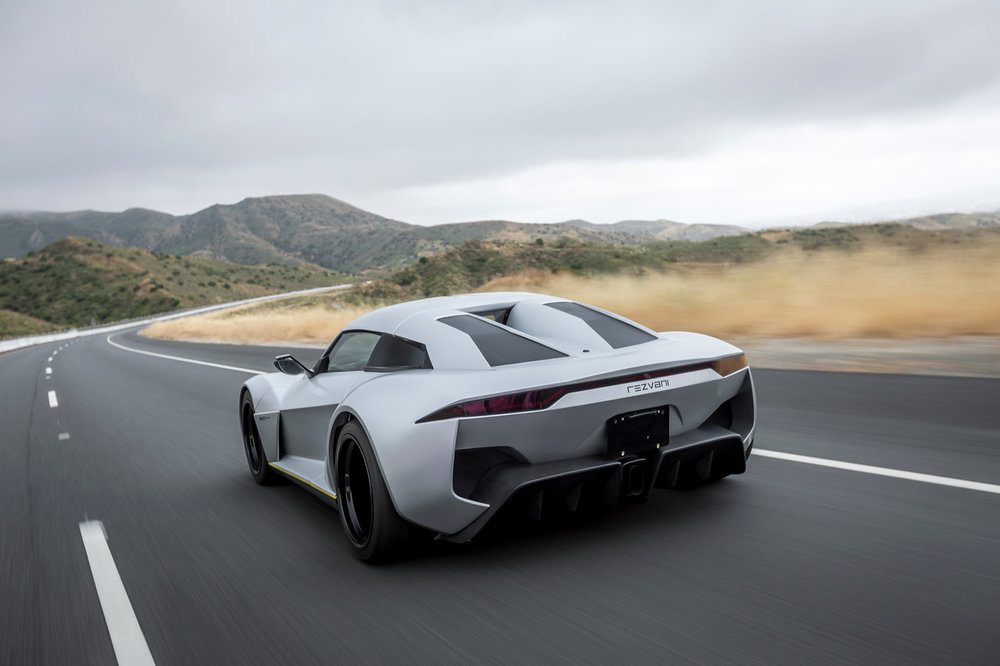