Justin Lofton is technically a newcomer in the highly competitive world of unlimited Trophy Truck racing. But after picking up the win at both the 2015 and 2016 running of the Mint 400, he established himself as one of the top competitors and a force to be reckoned with. Justin is not afraid to push his Jimco built Trophy Truck to the limits of its performance and beyond in order to claim the top spot. With that being said, he was heavily favored to win the 2017 Mint and become one of the few racers in history to claim victory three years in a row. Justin and his team “swung for the fences” this year with a few tricks up their sleeve, one of which was either going to make or break them and you won’t believe what it was.

According to some insider information, Justin had something special powering his Jimco built race truck this year. And to be honest, had I not heard it with my own ears, from a highly trusted source that shall remain nameless, I wouldn’t have believed it myself. The engine that powered the Fox sponsored race truck is a Roush Yates RY45 V8 that’s good for at least 850hp but is likely to be a bit more. But there was something special about this particular V8 according to my source. Apparently, it was the very engine that was used by Kurt Busch to win the 2017 Daytona 500 in his #41 Haas-sponsored NASCAR. That’s right, I was told directly that the exact same motor that gave Kurt the win was taken out of his car and placed into Lofton’s Truck for the Mint 400. It’s not really that far-fetched when you stop and think about it. NASCAR engines have to be as reliable as they are powerful in order to make it the 200+ laps required to finish a race, just like Trophy Truck desert racing. And Justin does have ties to NASCAR after competing in the Camping World Truck Series and Xfinity series back in 2010-2012.

With a proven race motor providing the oomph in the same truck that won the 2016 race, Lofton was destined to win his third straight Mint 400. However, that monster motor had other plans for Justin and his crew. It ended up being so powerful that it snapped a driveline during the qualifying run at the Time Trials. Which it should be noted he was on a blistering pace when it broke. But Justin and his crew came prepared and installed a new driveline so he could compete in the main race. However, because he wasn’t able to finish his qualifying run, he would have to start in the 63rd spot on race day.

Not one to be discouraged easily, Lofton set off on his first lap determined to make up some serious ground. Things were going very well and he managed to gain numerous positions. Even though he had all kinds of traffic to get through, he was able to maintain the same pace as the leaders. Things were looking pretty good as Lofton finished his first lap and pulled into the main pit area for fuel and new BFG tires in the rear of the truck. However, this is when things started to turn sour.

That motor must’ve been a lot stronger than anticipated because it snapped another driveline on the second 100+ mile lap. Luckily though, spare parts are carried on the truck in the event that something like this happens. According to Mint 400 rules, the only people that can work on the vehicle outside of the pit areas are the driver and co-driver. So Lofton and his co-driver Derek Balcunas jumped out of the truck and did the best they could to repair the truck in the middle of nowhere using the spare driveshaft. They got it running again and it appeared as if they would be able to finish the race. But not long after that, bad luck struck again and they snapped yet another driveshaft. And since it’s not exactly common practice to carry more than one spare driveline on the truck, that left Lofton and his team no choice but to withdraw from the race.

I did happen to get a brief audio clip of my source talking about the motor. It starts to cut out at the end where he says “Daytona,” but you can clearly understand him saying that it was only “the second time the truck was in the dirt” and “this has the same motor that won Daytona” in the clip even though it starts to fade out on the word “Daytona.” But at least you get a small taste of how amazing this thing sounded.

The team is quite confident that once they figure out how to harness that monstrously powerful engine and prevent it from snapping drive shafts like toothpicks they will be back on top where they belong. I assume they will be keeping the same motor and I’ve heard nothing that contradicts that. The next big race is the Baja 500 which is scheduled to take place the first week of June so it’ll be interesting to see how the truck will perform. 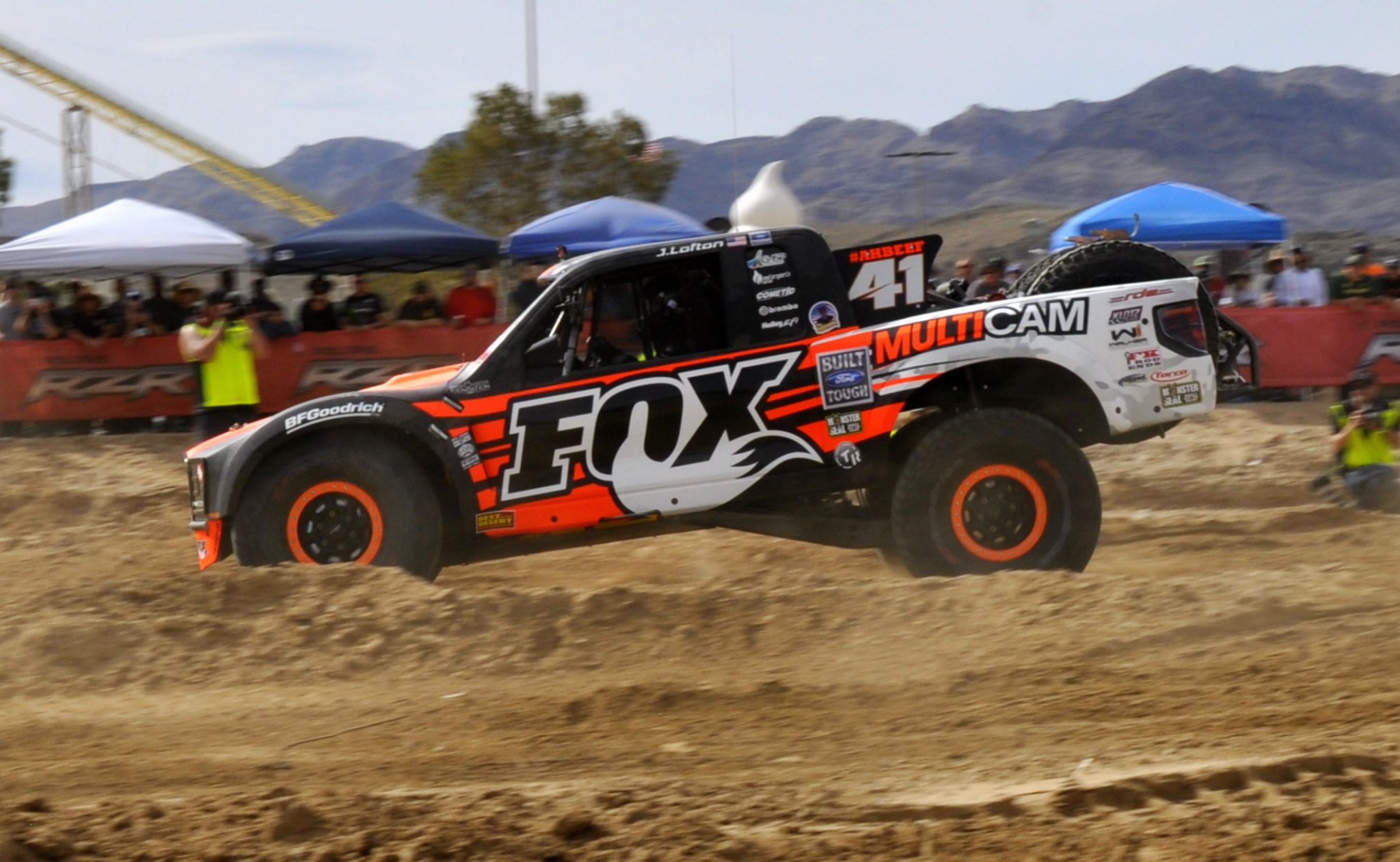