Erzberg is easily one of the most notable races on the Red Bull Hard Enduro calendar. It also happens to be one of the hardest races, and not just for this series. The race is often hailed as the ‘toughest race on earth,’ with most participants just being happy they finished. That makes conquering the ‘Iron Giant’ that much more special.

500 enter, only 25 finish. That sounds like the mantra of an old war story, but in reality that is exactly how the 2017 Erzberg Rodeo went down. At 5% finish rate, this year’s Erzberg rates as one of the more successful events held in the fateful rock quarry in Austria. 2015 saw only 5 riders finish the extraordinarily difficult 4-hour race, and that was out of the same 500 person starting grid. To compound matters, the grid is capped at 500 participants, which means you must qualify out of some 1,700 people each year before you can even line up on the grid. That’s the definition of hardcore.

For the 2017 Rodeo things got off to a burner with Jonny Walker stealing the holeshot with a pack of young and hungry riders on his tail. Alfredo Gomez had an atrocious start, resulting in a race where he had to fight for every inch gained. Graham Jarvis, a multiple winner of the Rodeo, found himself fighting to stay with the lead group. Known for his slower starts, Jarvis was expected to come on strong in the second half of the race.

With perfect weather, the race really picked up around the checkpoint 13. At this point, Jonny Walker is still leading a ferocious group that included Cody Webb and Billy Bolt. Gomez was reeling the entire pack in while Jarvis made a costly mistake that resulted in a loss of some serious ground. By the time they had reached the sectioned named Carl’s Dinner, Alfredo Gomez had not only caught up to the lead group of 3, but eventually passing them all to take the lead through Carl’s Dinner. This same area saw Graham Jarvis catch the leading group, enabling him to get past Bolt and Young before pursuing the leading 3.

Jarvis found himself behind Webb and a fading Jonny Walker, managing to get by both riders with considerable ease. While this battle was going on Alfredo Gomez had checked out up front. While Jarvis did push for the win, Gomez managed the perfect second half of the race, resulting in his first ever Erzberg Rodeo win. Jarvis managed to finish just 3 minutes and 22 seconds behind Gomez, a testament to how good Jarvis still is.

Jonny Walker didn’t have the race he was hoping for. A rear tire experiment didn’t go as planned, resulting in the Englishman finishing a still respectable 5th. 3rd place went to Cody Webb who managed to pull out a 4-minute gap from 4th place Wade Young. A fascinating side note is that Wade Young is riding the new Sherco, a nice change of pace from the sea of orange KTM’s. Sherco is a small brand that is building a few great enduro specific machines, like their 300-four-stroke.

Gomez was absolutely ecstatic about his most recent win, saying “This is the biggest win of my career, it feels incredible.” An understatement at best. While Gomez is becoming one of the best riders in the series it is hard to put into words how amazing it is to compete and finish the Iron Giant, let alone win. Not to mention doing it against some of the best in the business like Jonny Walker and Graham Jarvis. That is a serious feather in the cap, and it also gives Gomez some momentum going into the next round, Red Bull Romainiacs. Until then re-watch some of the best action from Erzberg down below. 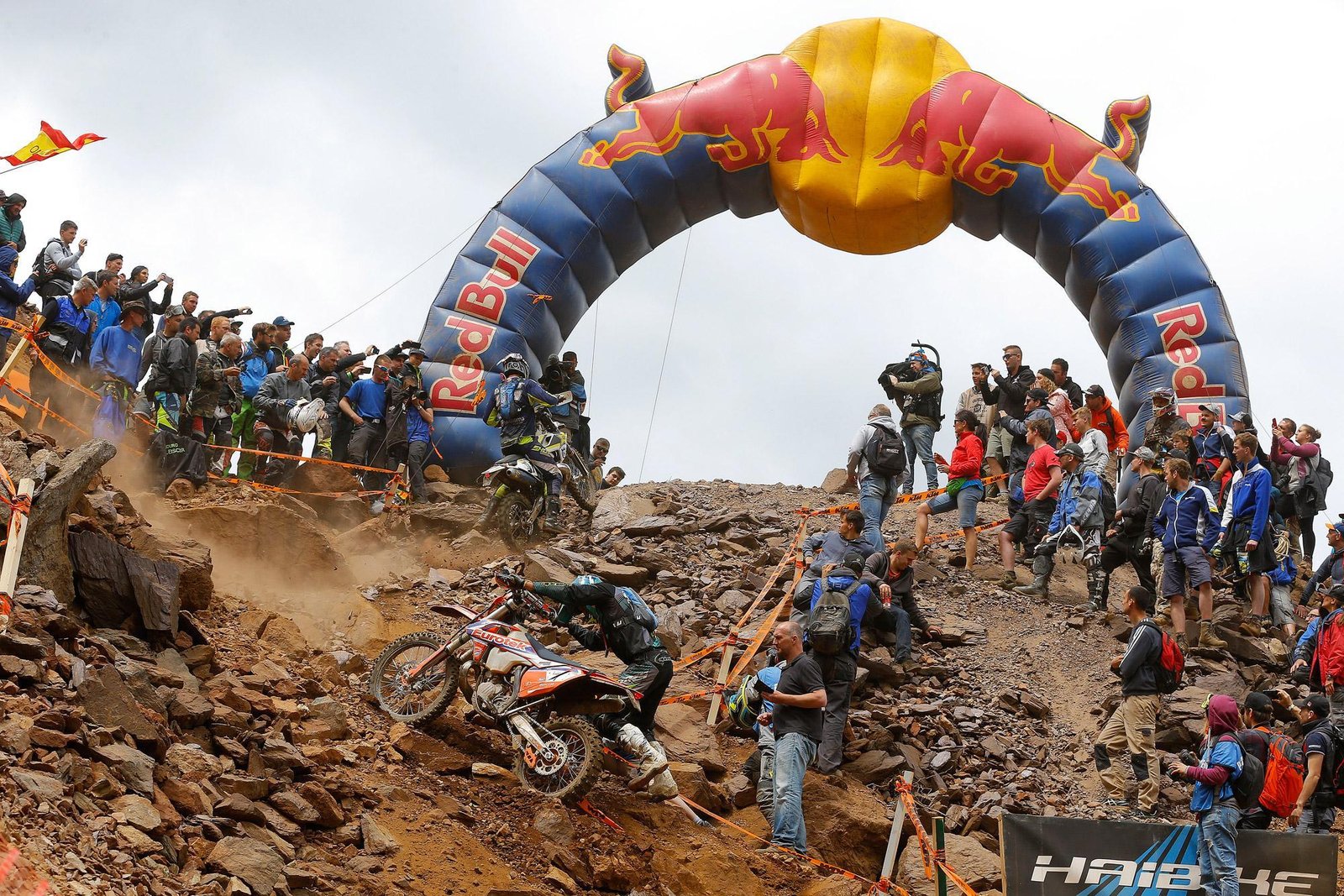 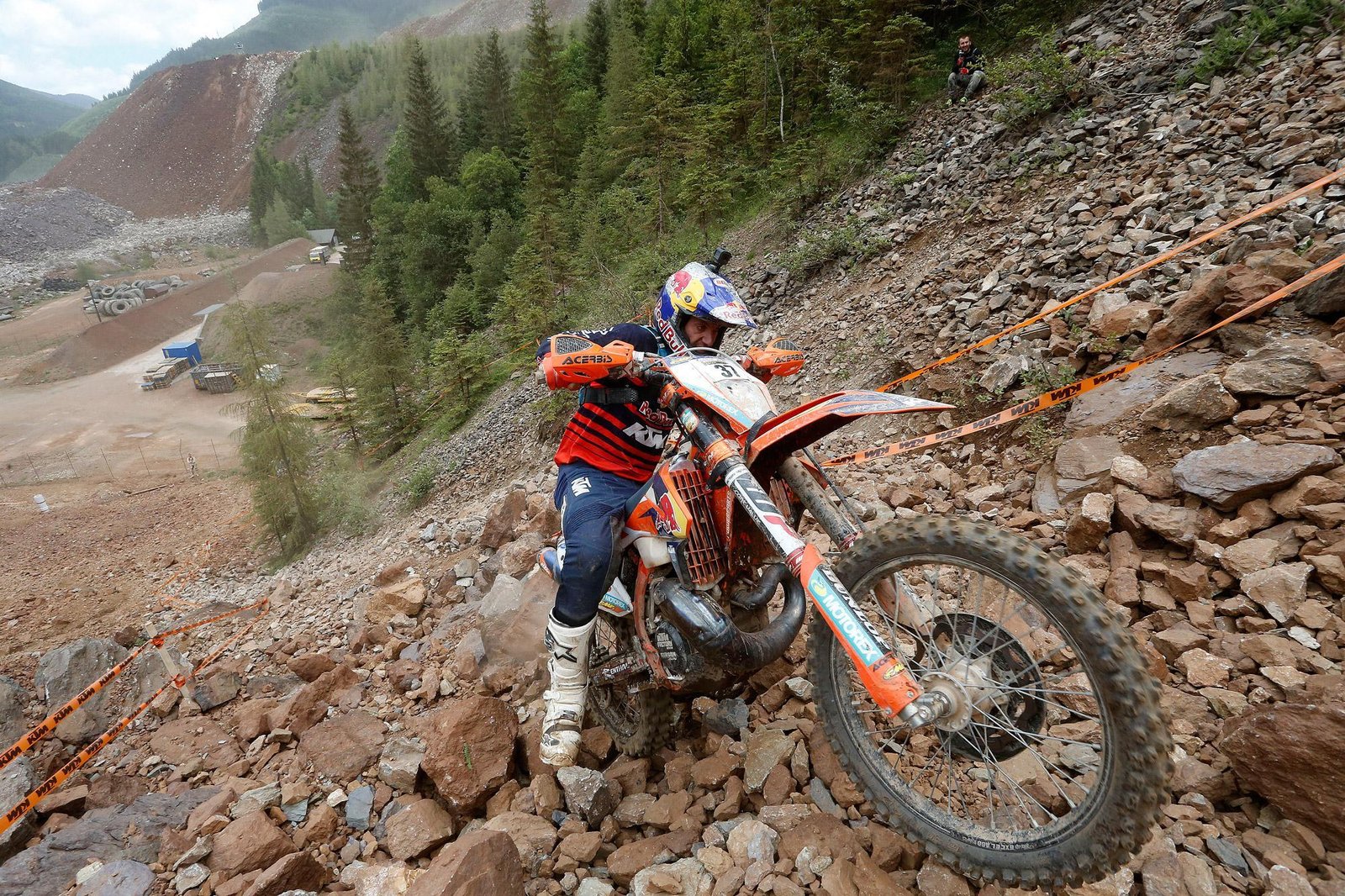