For most of us, there is usually that one vehicle that solidified our love for motorsports. For me, when it comes to motorcycles there is nothing greater than Honda’s RC51. So when someone starts talking about a customized RC51, I become extremely worried. After all, how can you improve on perfection?

Well, brothers Sylvain and Florent Berneron didn’t have a hard time hacking up Honda’s incredible V-twin. Under their banner company, PRAËM, the Berneron brothers decided to use the RC51 as the canvas for their next masterpiece. Naturally, this meant starting with an SP2, Honda’s most refined version designed for racing. With both an AMA Superbike championship and two World Superbike championships to its name, there is no doubting this was one hell of a machine in the early 2000’s.

Like the RC51 in its prime, PRAËM is not your typical shop. Both Sylvain and Florent boast incredible resumes, with former BMW Motorrad designer and French Army aeronautical mechanic making the short list between the two. That makes it safe to say their approach is like none other. First, they select a bike that has a significance, in this case, a legendary racing status. From there PRAËM dissects their selection to a pain staking level, looking to see where they can improve it both aesthetically and visually. Let’s take a look at what PRAËM is calling the ‘SP3’.

While PRAËM has obviously changed the exterior of this RC the most, let’s instead start with the performance side. Starting with a 2002 model year SP2 RC51, PRAËM elected to bring some modern tech to the aging Superbike. This means ditching most of the components and sticking with the bare bones. Öhlins supplied a seriously trick suspension setup, custom finished in black. This was spec’d to keep Honda’s race winning geometry in check, upgrading just the components themselves. From there PRAËM bolted on a set of radial Brembos up front, matched to some massive carbon-ceramic discs. To compliment these components PRAËM had a set of Rotobox carbon wheels mounted up. It was only fitting to wrap it all up in Pirelli Diablo Supercorsa SC2 rubbers, some seriously sticky tires. The power-plant also received a slight massaging. Pair that with a new ram air and titanium exhaust and you get a spry 165hp with 92lb-ft of torque. Just 20hp shy of the HRC race bikes back in 2002, not bad.

So the ‘SP3’ sounds the same, with a little more grunt than stock. And with the new Öhlins, it is sure to be familiar while handling much better. Sounds promising. Yet here is where this build takes a turn from the norm to the radical. See PRAËM set out to make this RC unmistakeable. In the process, they also made it unrecognizable. “Each surface is treated depending on its type of use,” says Sylvain. “All the mechanical and structural elements are blacked out. Brushed aluminum and stainless steel define the ergonomic and aerodynamic surfaces. The colored parts are ornamental features.” There is no such thing as random when it comes to PRAËM’s method.

The main fairing is more abstract than the art you’d find at the Museum of Modern Art. PRAËM molded 2mm strands of stainless steel together, eventually creating the impressive shape you see here. The process took over 600 hours to hand craft, a remarkable act of patience. And while at first glance it may seem like form over function, it is anything but. PRAËM has managed to manipulate the airflow around this ‘fairing’ by varying the density of each wire used. Pretty rad stuff. The side panels and tail section used this same technique, creating a stellar contrast to the rest of the bike.

PRAËM then used custom crafted aluminum to add a stark contrast to the steel fairings. A perfect example of this aluminum craftsmanship is the gorgeous aluminum gas tank. And while it is a master class in metal forming, it also serves as a performance piece, aiding in cooling of the rear cylinder. The tank then flows beautifully into an Alcantara covered seat before swiftly ending with the wire bent tail section. All of this is of course built upon a one off custom built subframe. To top off the incredible aesthetics of this RC, PRAËM has hidden all of the lighting needs underneath the wire body, allowing them to be hidden but functional. It’s the small things, ya know?

But all these little details weren’t enough. PRAËM wanted this one off ‘SP3’ to bridge a gap, one they found missing in the motorcycle industry. “In history, there’s a strong bridge between the world of watchmaking, and the nautical, aeronautical, and automobile industries,” says Sylvain. “But it’s somehow never happened with motorcycles.” To make that idea a reality, PRAËM fashioned a Tag Heuer watch into a custom case right above the gas tank. This detail adds a level of elegance to the cockpit, a feature that will no doubt be appreciated by the eventual owner. And if that weren’t enough the case is 100% functional, allowing you to take out the Monaco Calibre 11 watch and where it anytime you stop for a cup of coffee. A fitting touch to a bike that is essentially art.

PRAËM says they want to improve on both the performance and beauty of every motorcycle they touch, and I believe they tried valiantly to do that with the RC51. While I don’t think you will ever be able to improve on the looks that Honda built, I can say this is the only custom RC51 that doesn’t offend me to my very core. When messing with perfection, that is honestly one hell of a compliment. 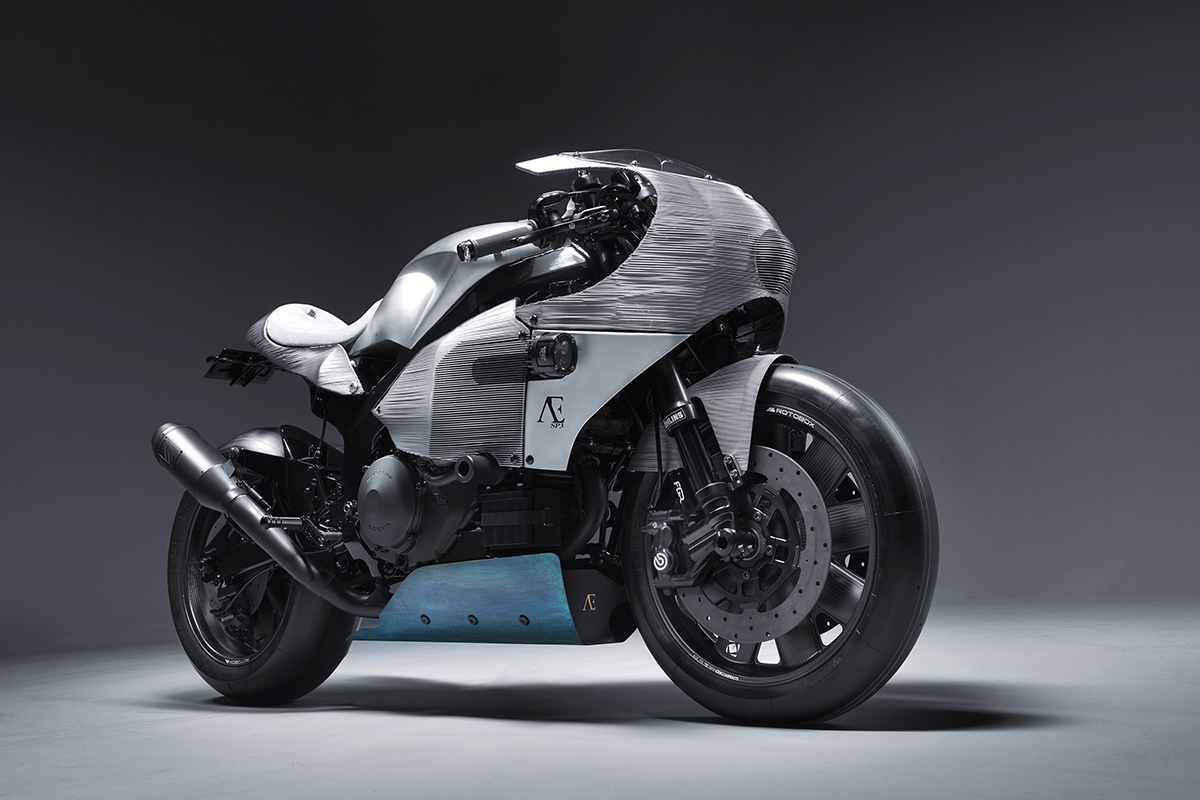 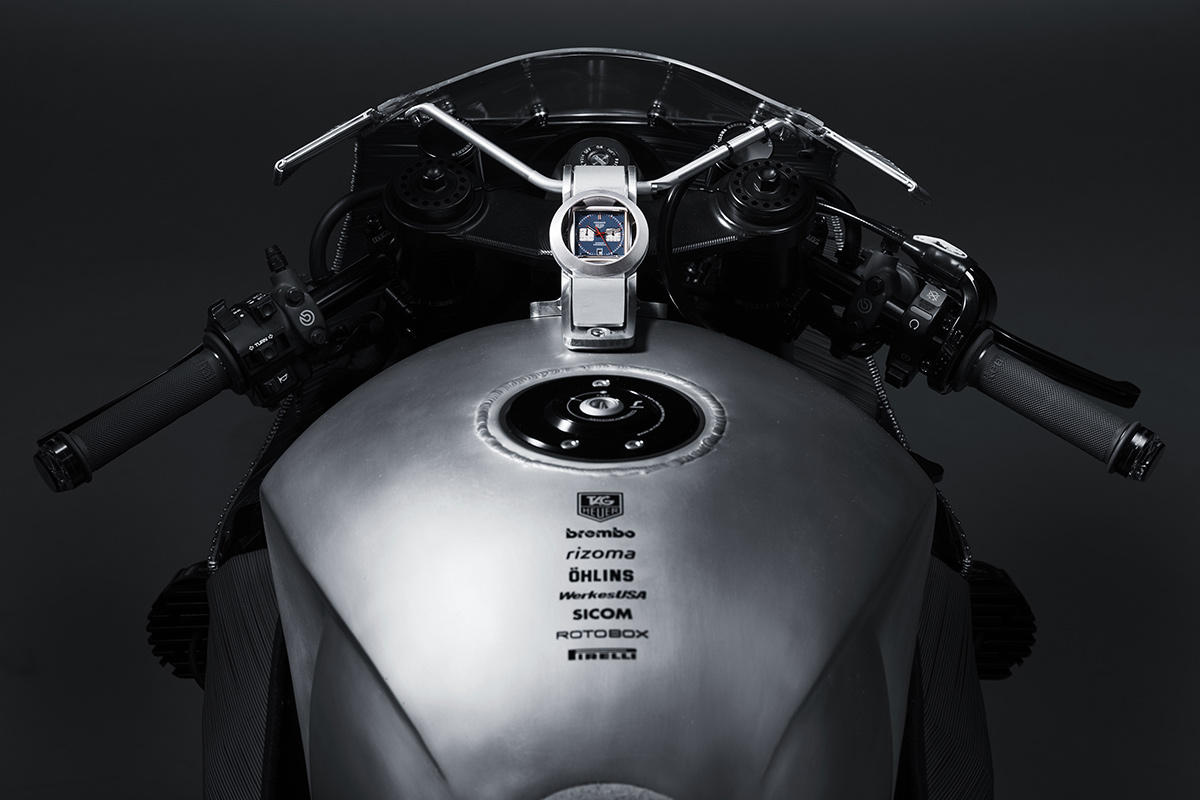 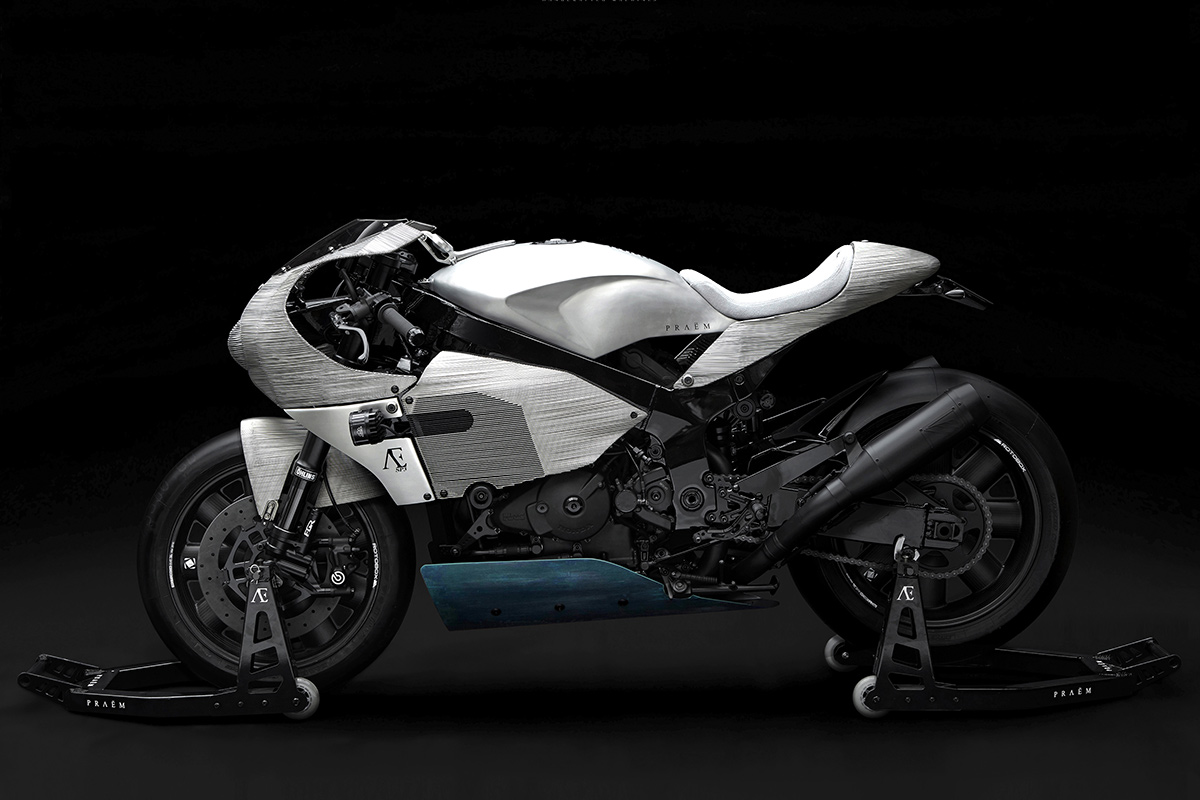 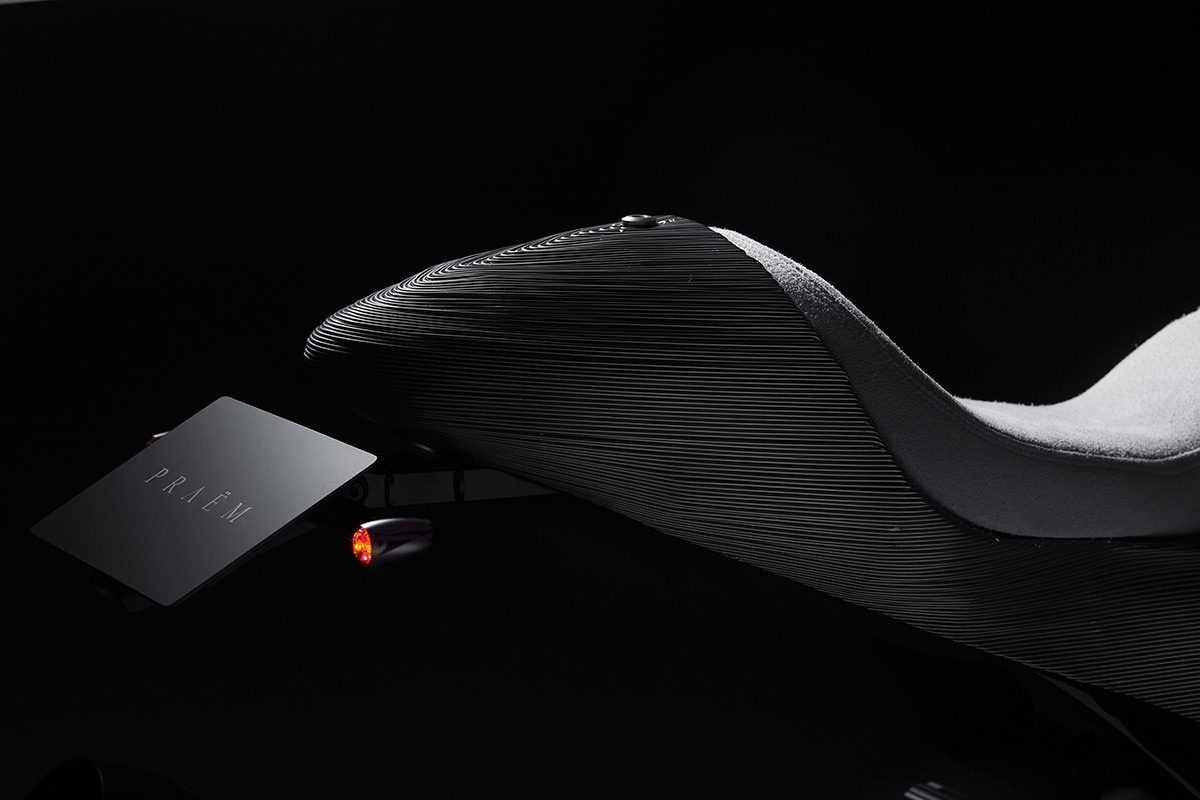 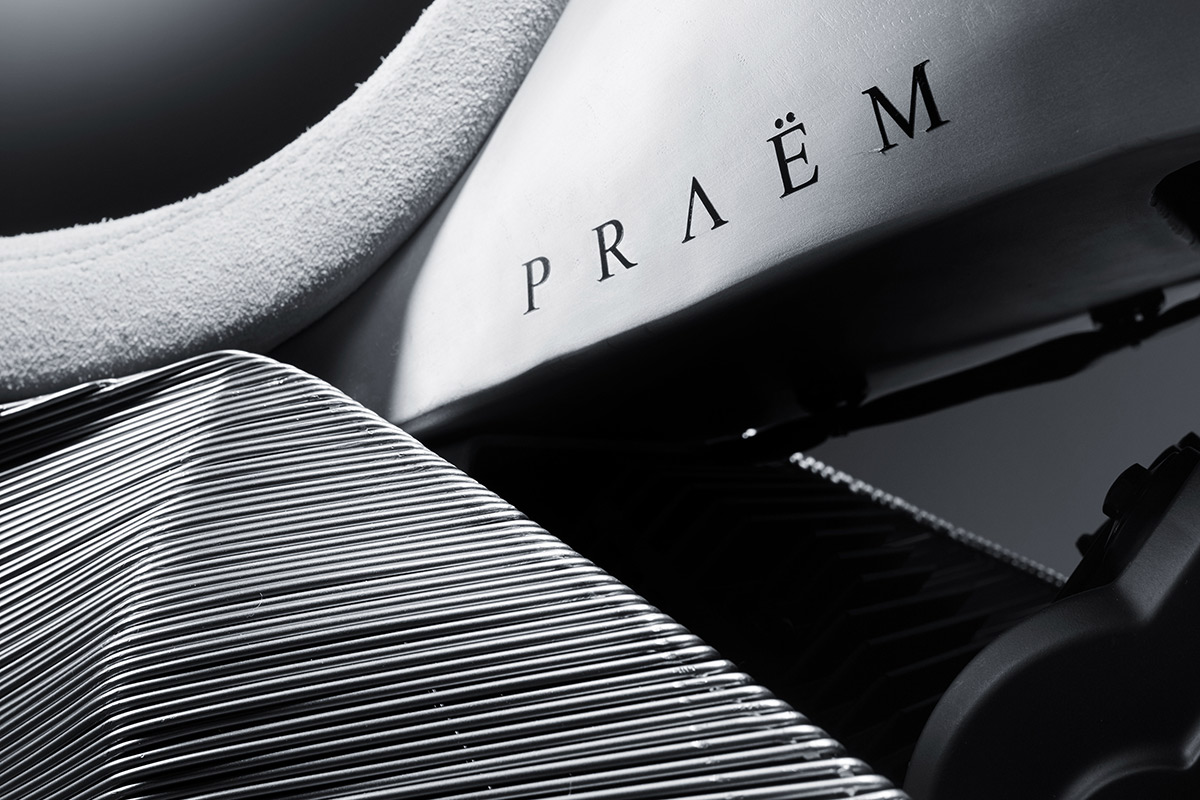 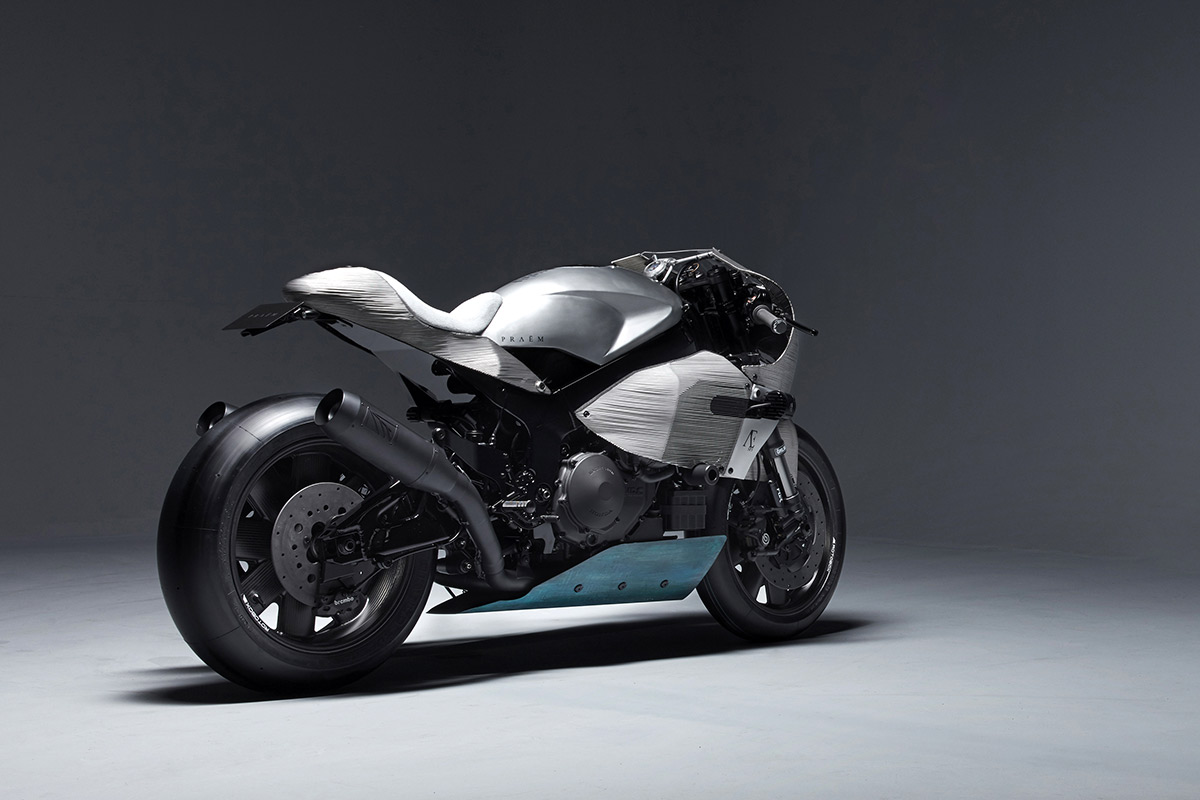 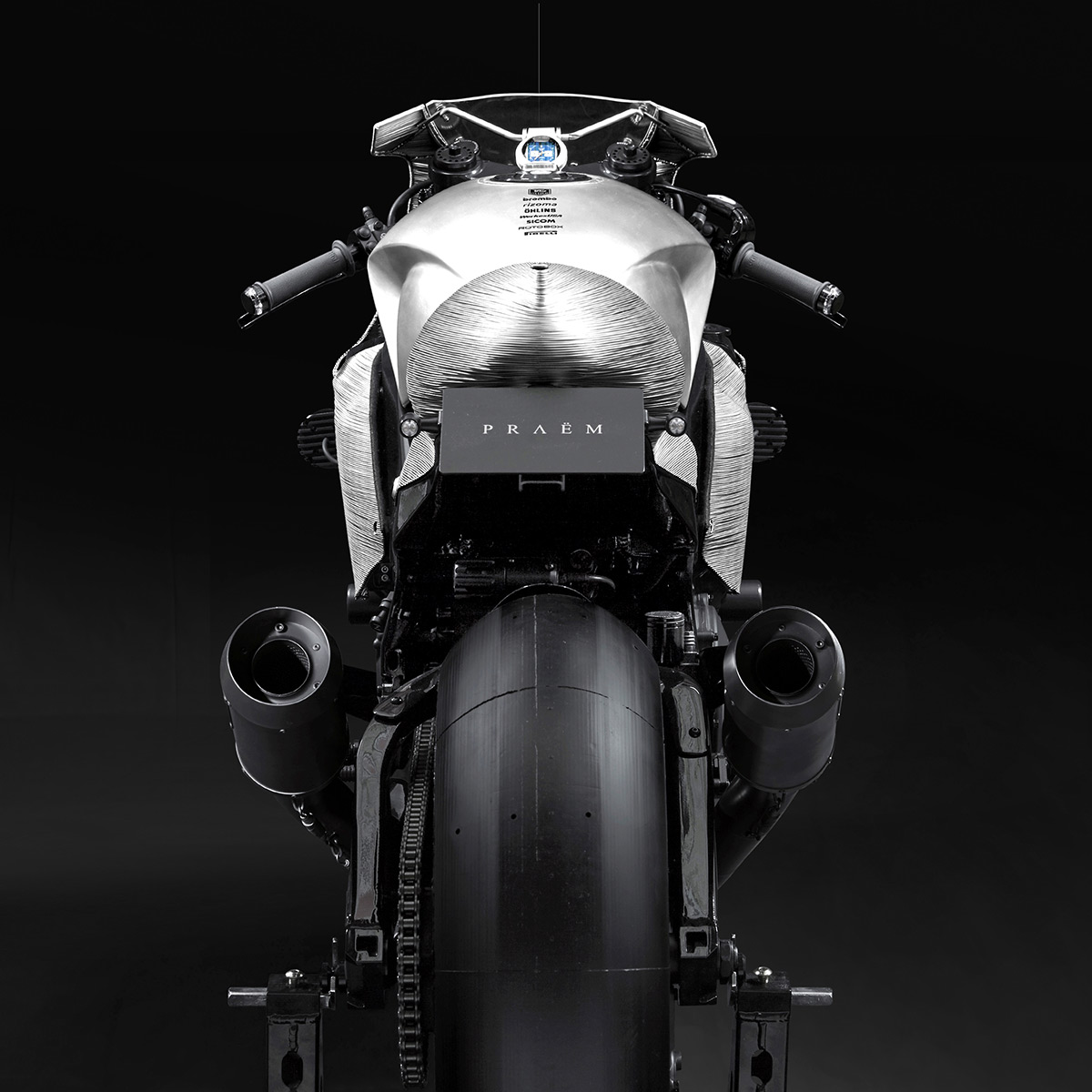