Landspeed racers are quite incredible when you step back and look at them. Engineered for a single purpose, they take many different shapes and forms to achieve that one thing, speed. And while we have seen our fair share of them, I don’t think I’ve seen one that has competed that looks better than Laurent Dutruels incredible creation.

Laurent is a French motorcycle builder and owner of Zen Motorcycles. This was his first foray into the world of landspeed-age. His efforts earned him the 2nd place honors at the 2013 AMD World Championship in Germany. While the bike was entered under the freestyle class for a bike show, it wasn’t meant to sit still. This bike was in fact meant to pound the salt flats, and Laurent had every intention of doing just that.

Believe it or not but the heart of this build started out life as a Buell XB9. The 980cc V-twin is the heart of the monster, with an exterior of champions. Following the board-tracker concept, the frame is long, lean and mean. That means a tank that resides under the top tube, a flat seat and handlebars that are to die for. The wheels are Harley-Davidson sourced, 19-inch rims shod in 90/90×19 rubber. Because it’s a landspeed bike, brakes are just about the least important part of the entire build. Even still every component was well thought out by Laurent, resulting in the minuscule units you see here. They provide enough power to slow the bike down, without adding too much mass.

The engine is set up with a Mikuni HSR 48 carburetor, feeding the machine its much-needed combination of fuel and air. The engine build isn’t anything to phone home about, because of its spec class. Even still a custom set of pipes and a much needed jetting job has obviously livened up the air-cooled V-twin. With a goal of 200km/h, it was more important to dial in the chassis for this class. With a goal of 100% rigidity, Laurent dedicated 1300 hours to fabricate the frame, tank, and forks. No wonder this thing is gorgeous.

In 2011 the bike was sent to the Salt to attempt it’s record-breaking run. The speed racer pulled off a top speed of 208km/h eclipsing its goal of just 200km/h. May not sound fast, but you must consider the frame has no suspension, and there is no aerodynamic support to speak of. The Zen Motorcycles landspeed racer is one of the coolest looking customs to ever hit the salt, with the performance to back it up. Well done Laurent, well done. 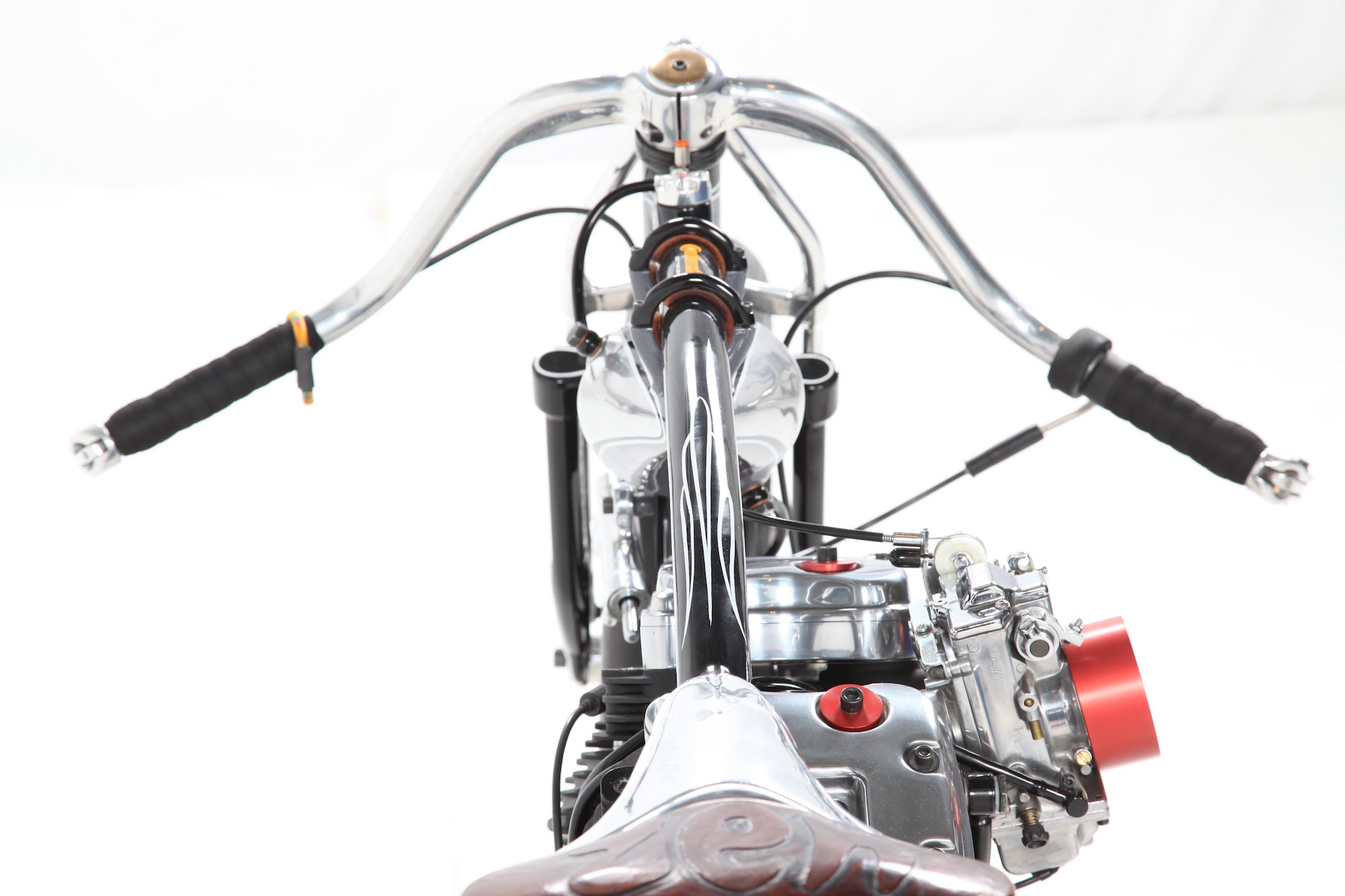 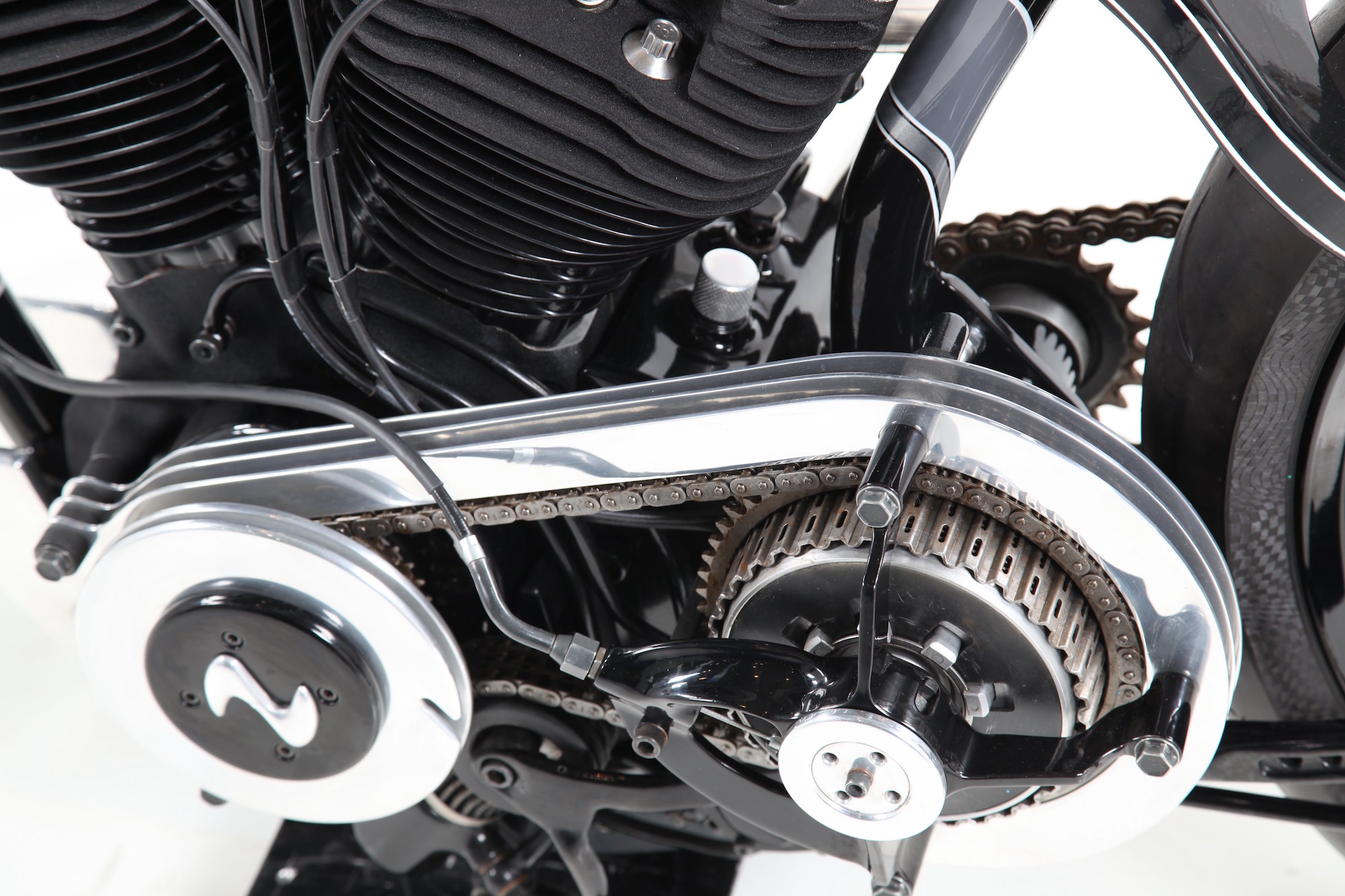 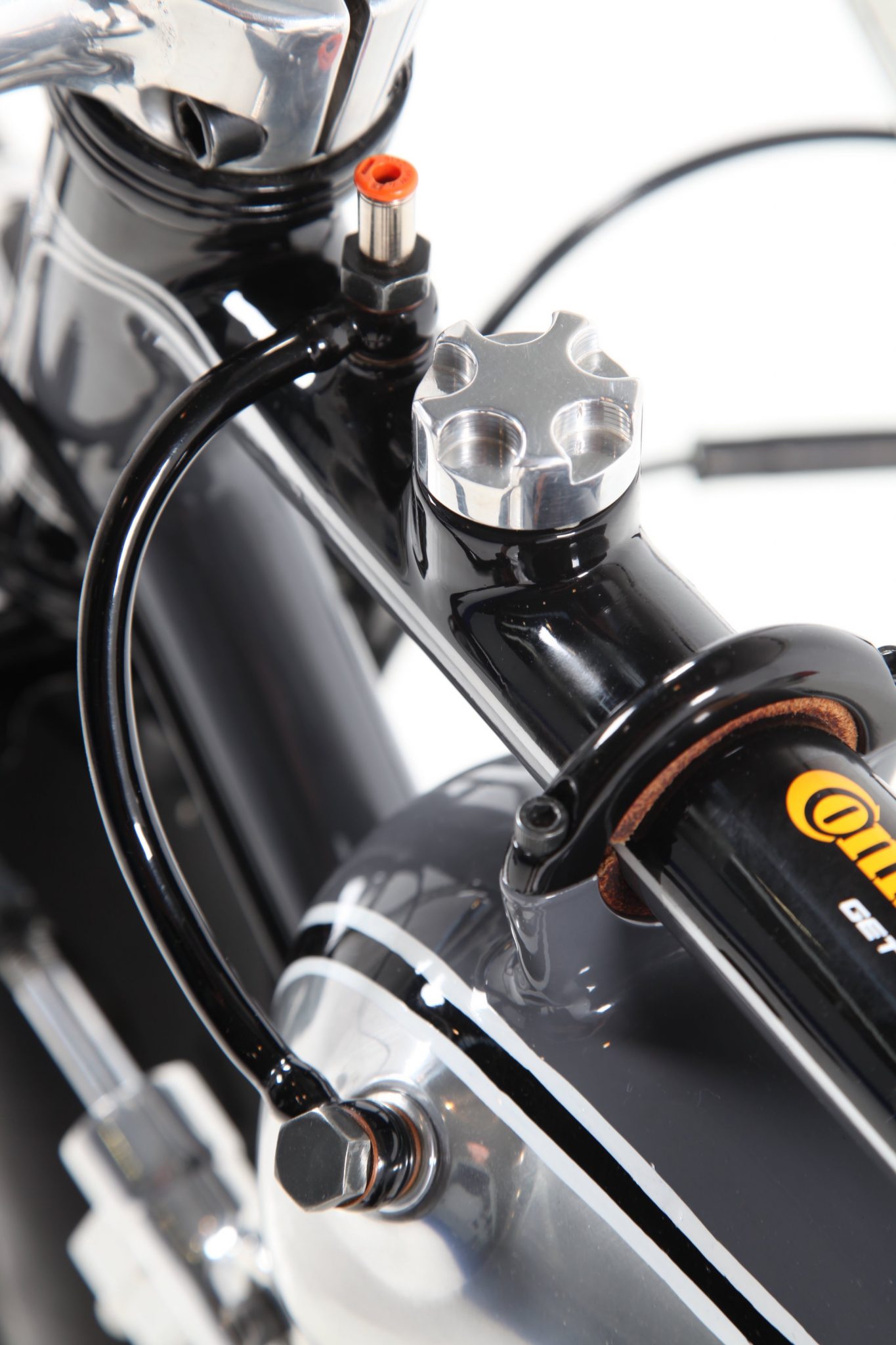 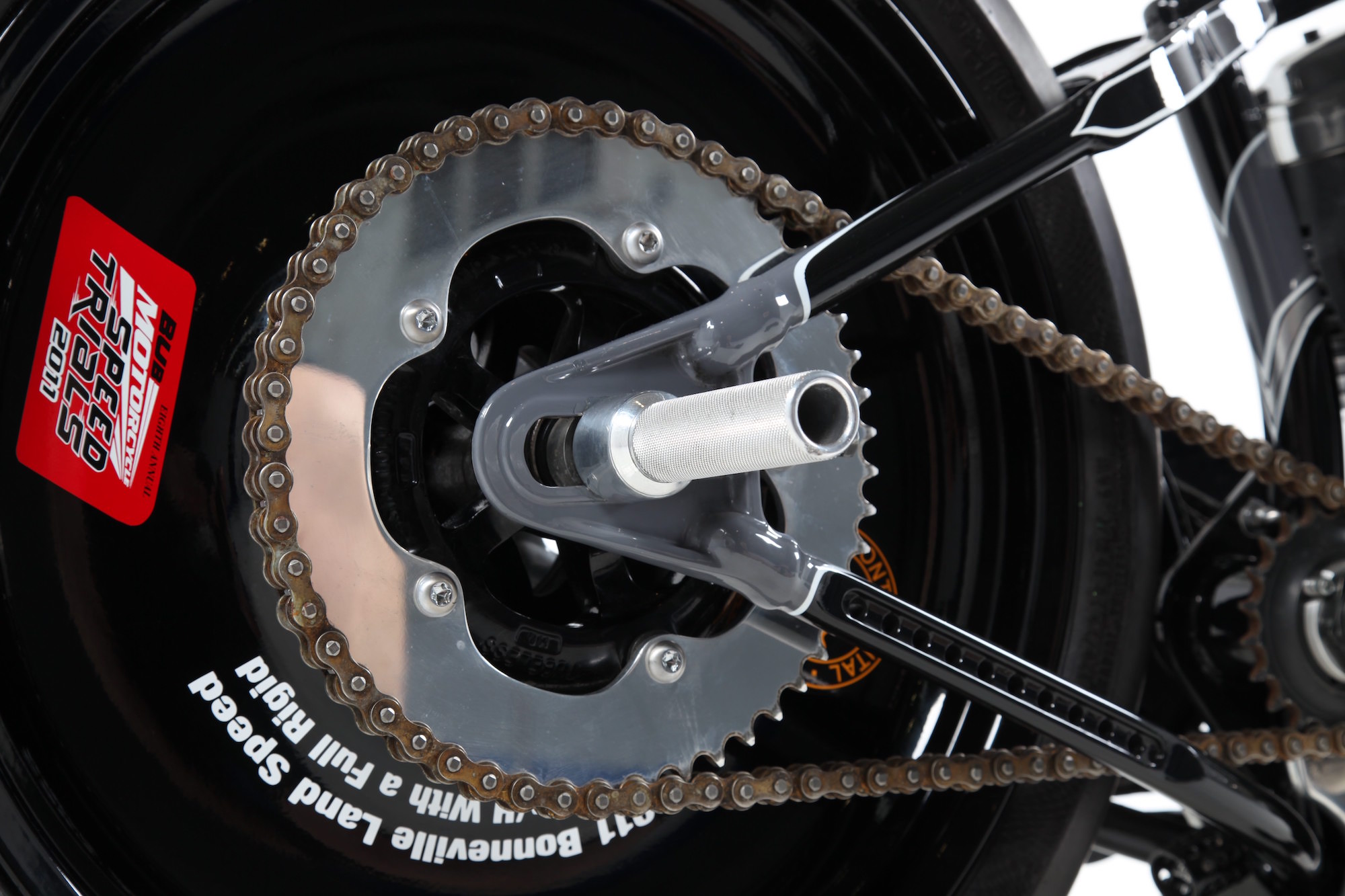 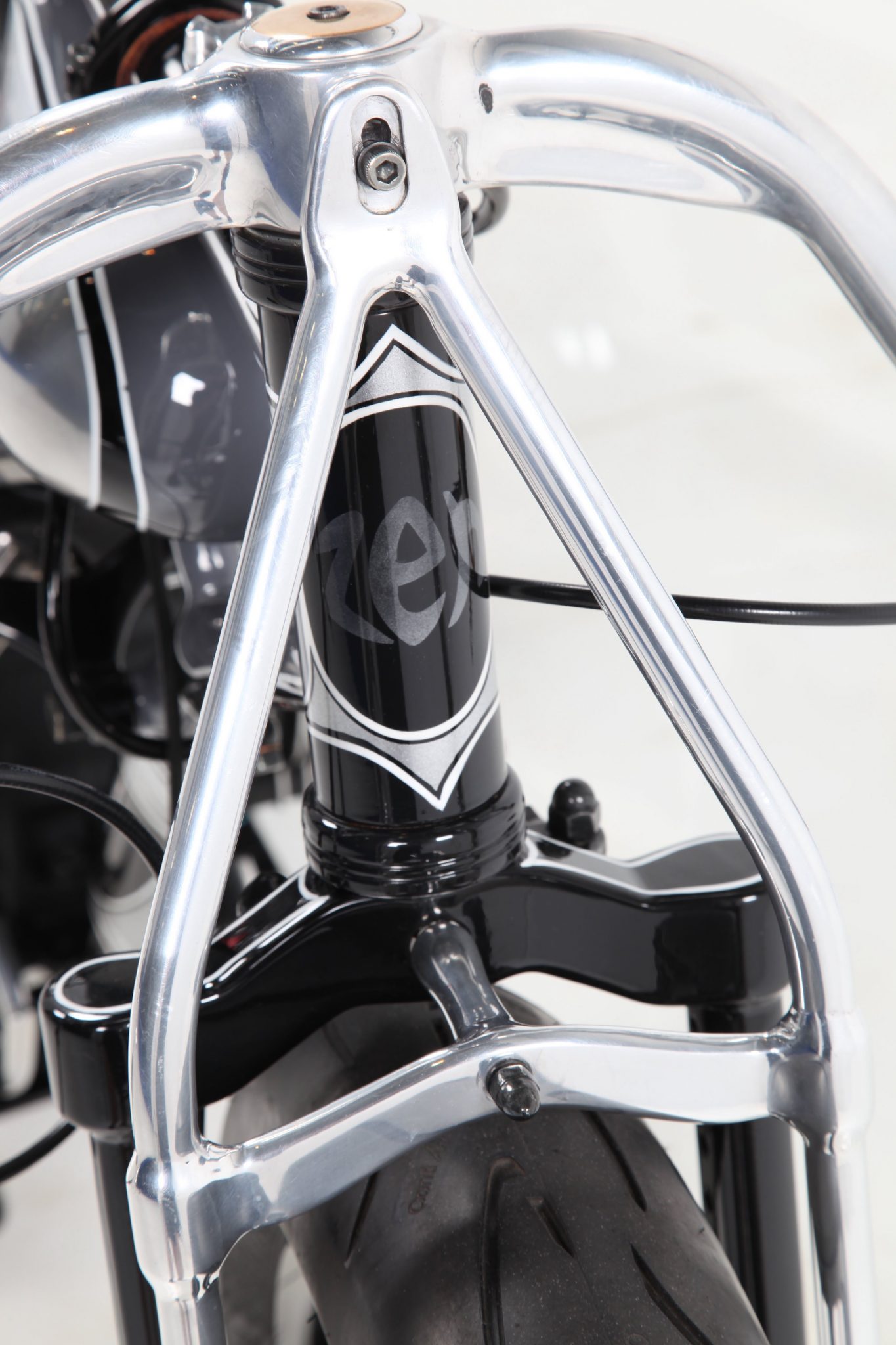 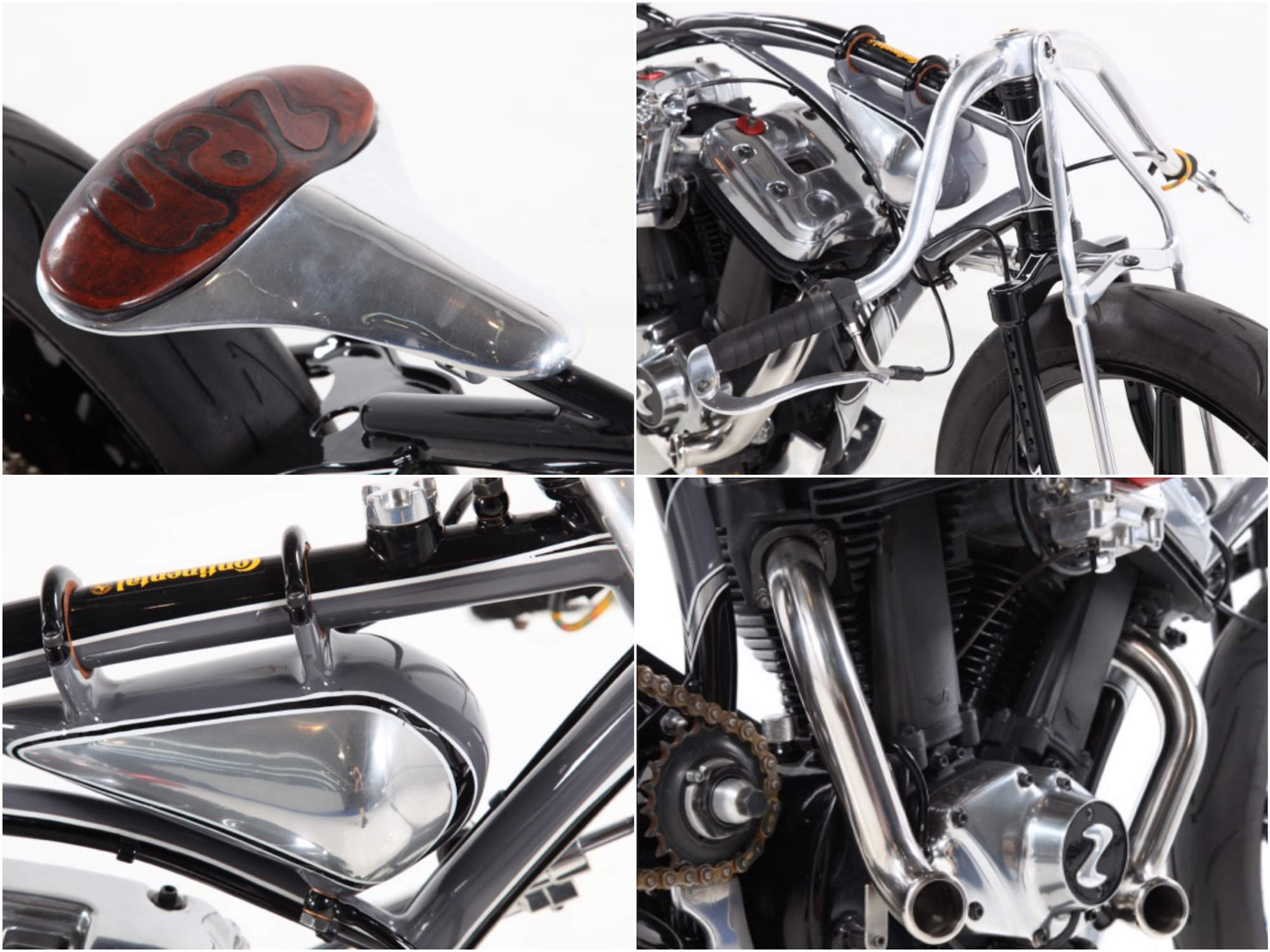