UPDATE: New footage of the scorching lap from the Nio EP9 has finally come out, It’s been updated down below.

To no one’s surprise the NIO EP9 is back in the news, and it’s in a big way. The all-electric EP9 has been a hot topic lately due to its absurd power numbers, jaw-dropping good looks and a new Nurburgring lap record for electric vehicles. With a lap of 7:05.120 the EP9 crushed the previous record of 7:22. But NIO wasn’t happy with that, they knew the EP9 and its full 1,342hp of electric fury could do so much more. So went back to the ring, and pulled out a monstrous 6:45.9 lap time, making it officially the fastest car around the famed 12.9-mile course.

The NIO blew everything in the EV category away last year with a whopping 7:05.120 lap time. That’s 17 seconds faster than the previous record holder, which was a Toyota prototype that resembles a Radical. So it’s safe to say the NIO was already in its own league after this. Fortunately, that wasn’t enough for the folks over at NIO. One reason was the first lap record was done at only 90% power. This was due to the batteries overheating. This led to a lot of people wondering what the EP9 could do at its very best, well apparently now we know.

Over the weekend the EP9 pulled out a stunner of a lap, crushing the recently crowned Lamborghini Huracan Performante by over 6.11 seconds. That’s a century when it comes to lap records. Lamborghini must be pissed. Their Huracan Performante was officially crowned the king just 3 months ago. While the official run was some time in October; it’s not much time to bask in the glory that is fastest around ‘The Green Hell’. And it was all done by an all-electric vehicle, talk about salt in the wound. That’s the equivalent of riding your liter-bike and getting lapped by a Vespa.

So how did the NIO do it? Well, for starters it has 4 motors instead of 1. Each wheel houses its own electric motor that when combined produces a total of 1,342-horsepower. And while that is a lot of power, it pales in comparison to the 4,671ft-lbs of torque that the EP9 used to obliterate the Italian supercar. The EP9 must have an extensive power control unit to keep from obliterating tires with that much grunt.

And while this is all impressive it’s not just about power. The EP9 has all the components necessary for ultimate supercar status. The chassis is a carbon fiber monocoque design that is built to FIA LMP1 standards. So essentially a race car. Seriously the NIO is so fast that the Nurburgring isn’t the only track it holds a record at. Earlier this year the electric rocket took home the title of fastest production car around the Circuit of the Americas in Austin Texas. In fact, the EP9 was so fast around COTA that it trailed the LMGTE Pro class by only 7 seconds. For a street car that is exceptionally fast.

There is really only one issue with the EP9 and boy do I hate to say it, but here we go. It’s not a street car. Sorry to burst the electric powered wonder bubble, but it’s true. The EP9 is still a concept car at best. Retail prices haven’t even been set, and as far as we know not a single one has been used on road. True, they are built to a ‘street legal spec,’ but that’s a technicality that manufactures love to jump on. With a targeted production of only 6 units it’s hard to consider the EP9 a real player in the every expanding supercar world. Mind you, this doesn’t take away from the EP9’s accomplishments, it just sets a different tone to what this car will end up being.

NIO as a whole is doing what needs to be done, and that is drumming up attention to the future that is electric powered vehicles. When you look at it from that perspective the EP9 is wondrously exciting. No matter which way you slice it a lap of 6:45.9 around the Nürburgring Nordschleife is nothing short of extraordinary. Check out the video below for video of the EP9’s first record lap. 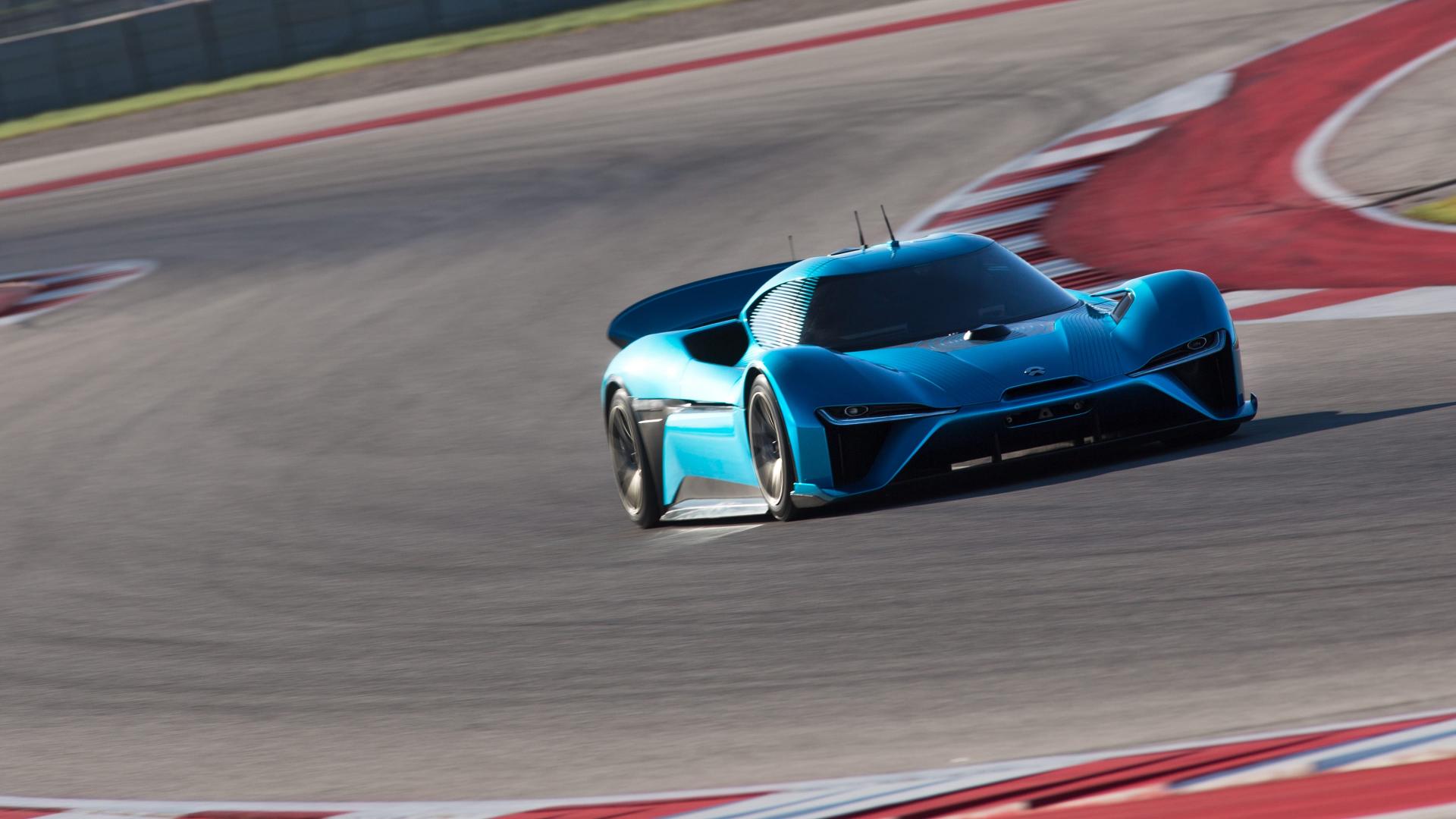