Aston Martin gave us the first glimpse of the semi-production ready Valkyrie and it quite literally blew our minds. Everything about it screamed next level performance and has us even more excited for its release. Especially because it will essentially mark the creation of a whole new segment of high-performance cars. Because I haven’t heard a specific name for this segment, I’m going to use my own which is Ultra-Hypercar. Not one to be easily shown up, Mercedes-AMG decided to join in on the fun and premier their addition to the segment called the Project One, and it’s even better than expected.

When the Holy Trinity cars were released the term “supercar” just didn’t cut it anymore. To remedy that people started using the term hypercar instead. But now with cars like the Valkyrie, Project One, and upcoming BP23, hypercar isn’t going to be sufficient anymore either. These cars will change the game forever, and possibly everything we know about cars performing at the highest level. Granted with a price tag over $2.5 million, the Project One will only be experienced by a small handful of moto enthusiasts, but even still it sparks a new era.

The Project One will have a combination of four electric motors on top of an incredibly high-strung 1.6L turbo V6 that is similar to the one powering Lewis Hamilton’s F1 car. So high-strung that just like an F1 engine, the V6 powering the Project One will need to be fully rebuilt after just 30,000 miles. But what did you expect from an engine that has an 11,000 rpm redline and produces 670hp with just 1.6L of displacement? Each of the front wheels will get their own electric motor that’s good for 161hp. However, the third motor, which also produces 161hp, is directly attached to the crankshaft of the V6. These aren’t your standard electric motors either, normally they have a rev-limit of just 15,000 rpm but since we’re talking about AMG here, they managed to coax the motors to spin up to a 50,000 rpm redline.

And even more bizarrely, but yet also fascinatingly, the fourth motor sits inside the turbocharger and is capable of spinning at 100,000 rpm with 121hp. The combination is said to virtually eliminate any sort of turbo lag and provide instantaneous throttle response, not to mention mind-numbing acceleration. Exact performance specs weren’t listed, but with a total of 1,000hp on tap the Project One is expected to blast from 0-60 in approximately 2.5 seconds, 0-124 in less than 6.0 seconds, and have a top speed limited to 218mph. Impressive to say the very least.

Speaking of Lewis Hamilton, he was the lucky guy to sit behind the wheel and drive the Project One on stage at the Frankfurt Auto Show. This is the first time the public has seen the AMG ultra-hypercar in what appears to be semi-production trim. All that we’ve seen up to this point is a few renderings. Running along the entire length of the car sits what Mercedes is calling a “vertical aero blade” and it’s supposed to drastically improve the directional stability of the car at incredibly high speeds. It isn’t quite as aggressive looking as the Valkyrie, but yet the Project One is just as sleek and sexy if that’s even possible. It doesn’t have the massive air ducts and aero features but it does look like it’ll slice through the air like a missile.

Keep in mind this isn’t a race car that’s been given the road car treatment. Instead, it’s intended to be the highest performing road car possible, one that caters to both the professional racer and the everyday driving enthusiasts. However, with an engine that only has a lifespan of 30,000 miles, you wouldn’t want to use the Project One for unnecessary road trips. Although then again, if you can afford to buy one in the first place I doubt you’ll have a problem covering the repairs, even if they are a couple hundred thousand dollars.

Regardless of the fact that most of us will never get behind the wheel of one of these cars, it’s good to know that eventually the technology used to make the car so special will eventually make its way down to Mercedes’ regular lineup of performance cars. 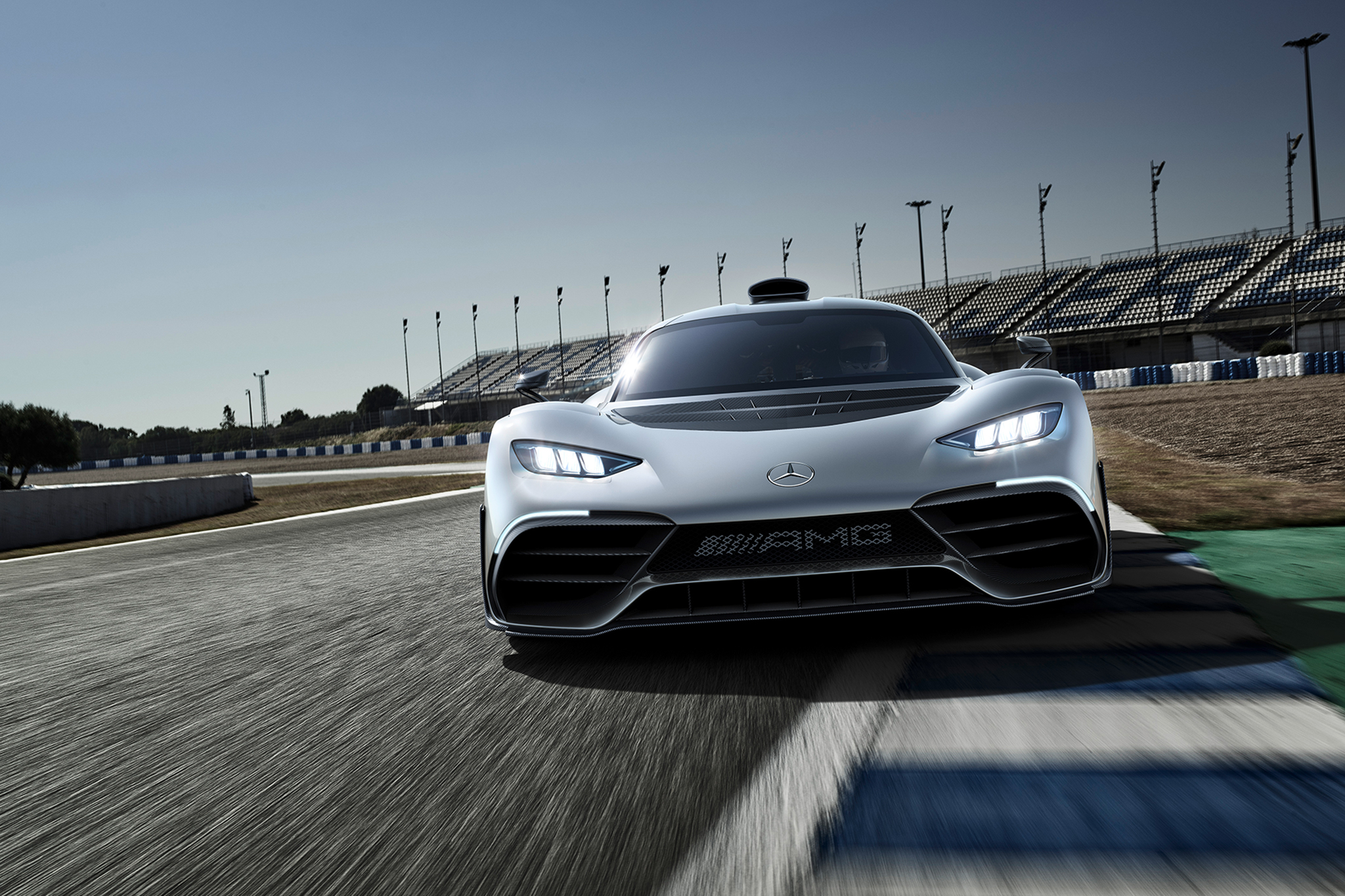 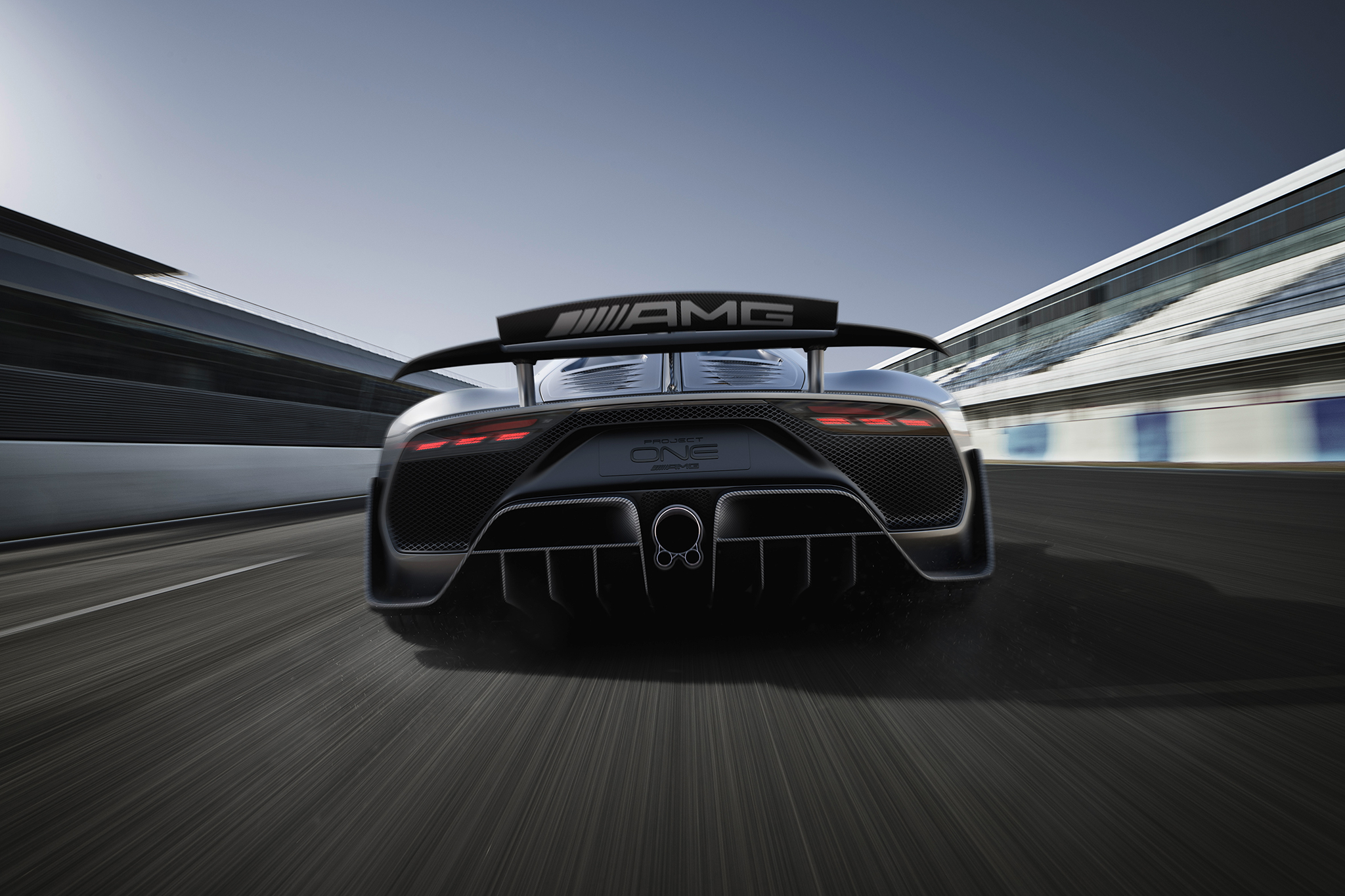 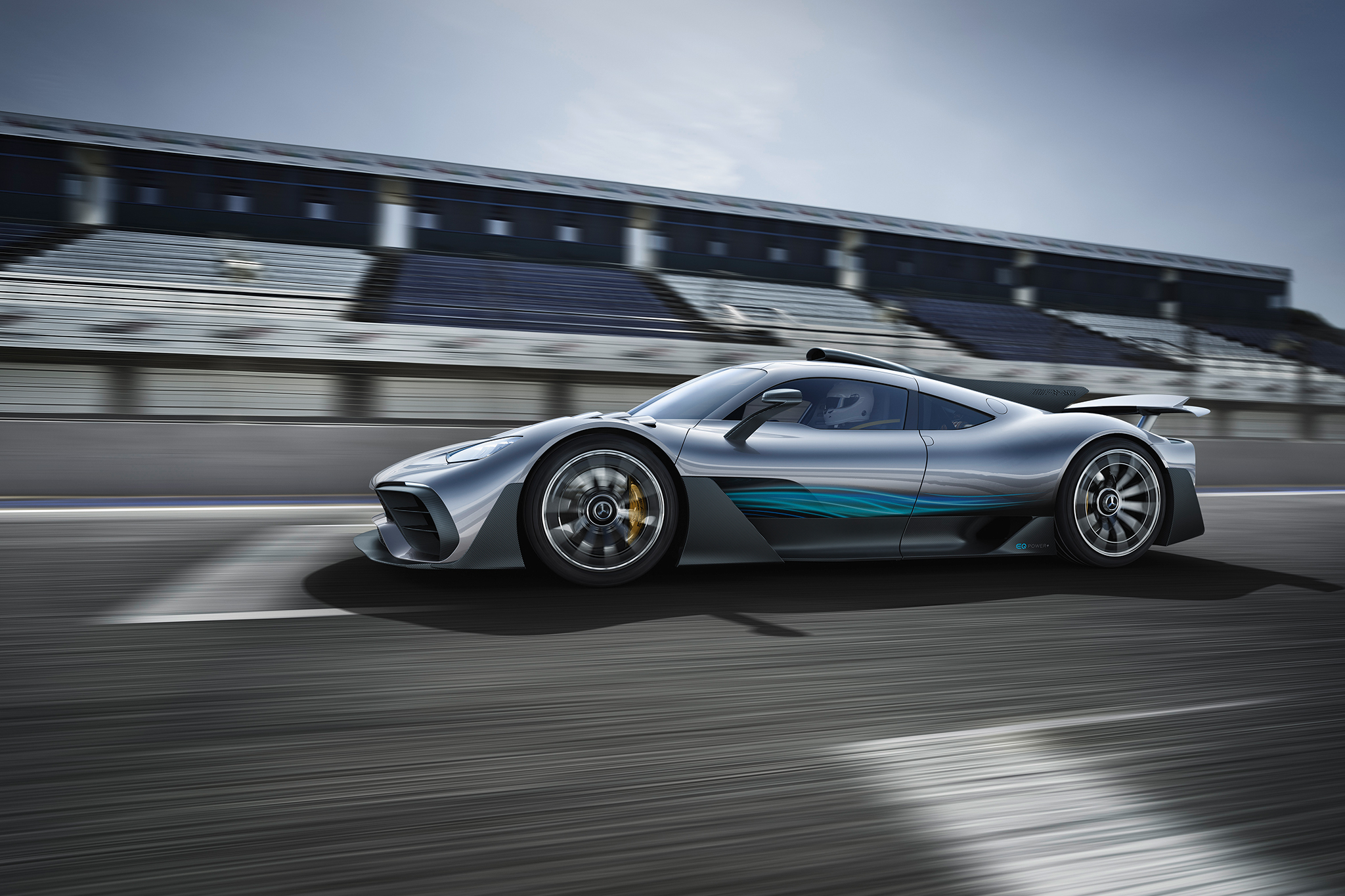 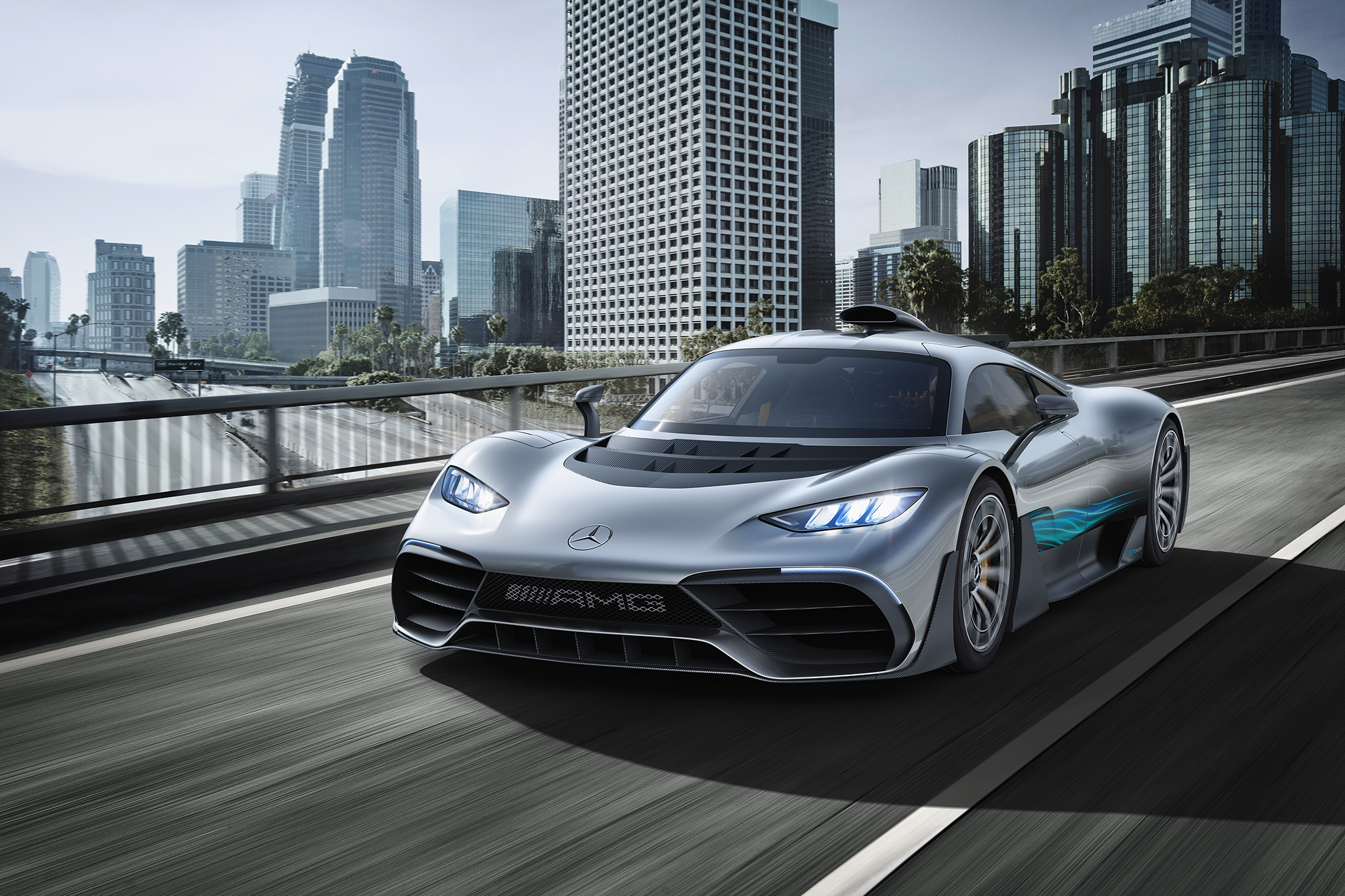 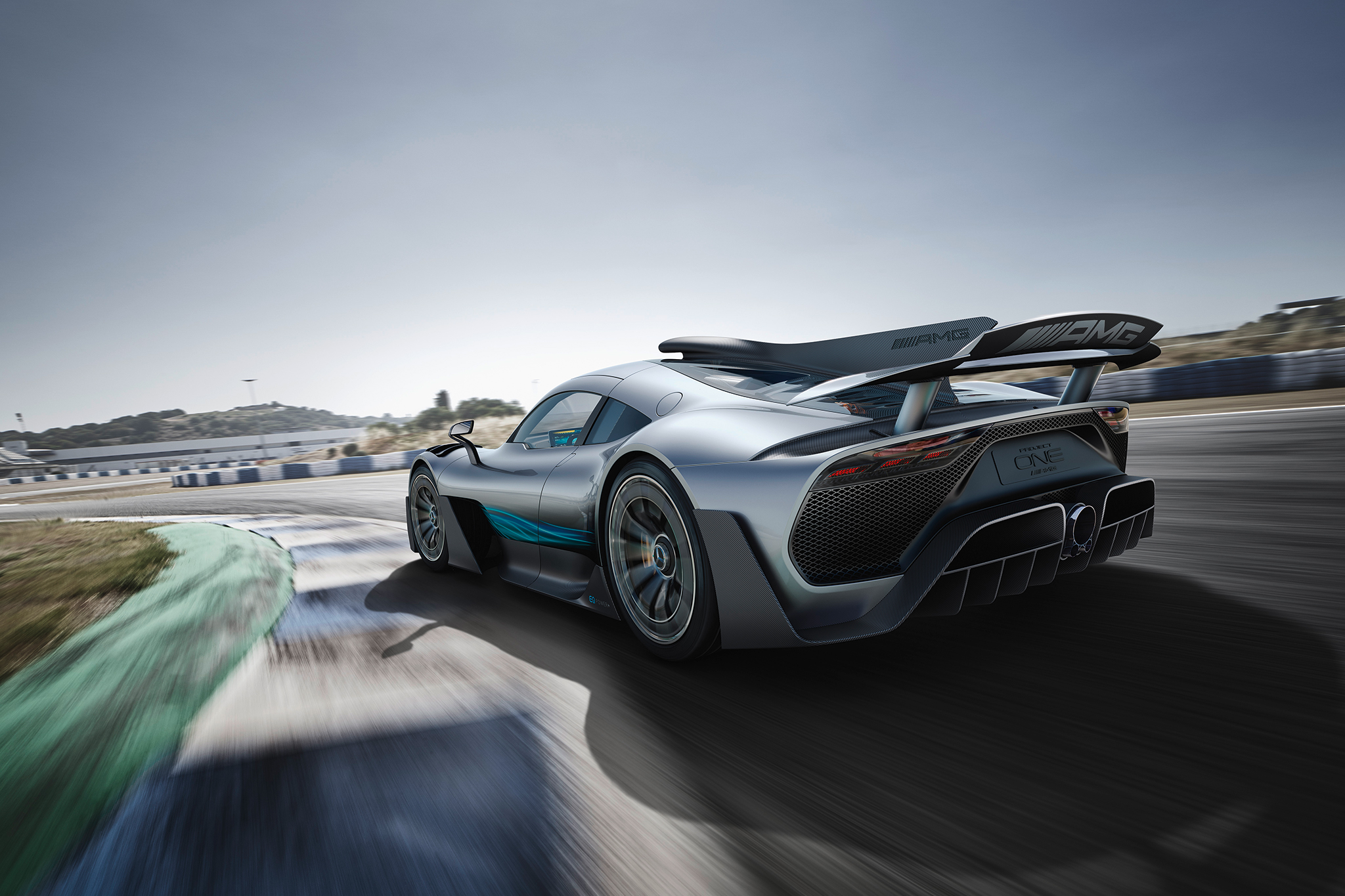 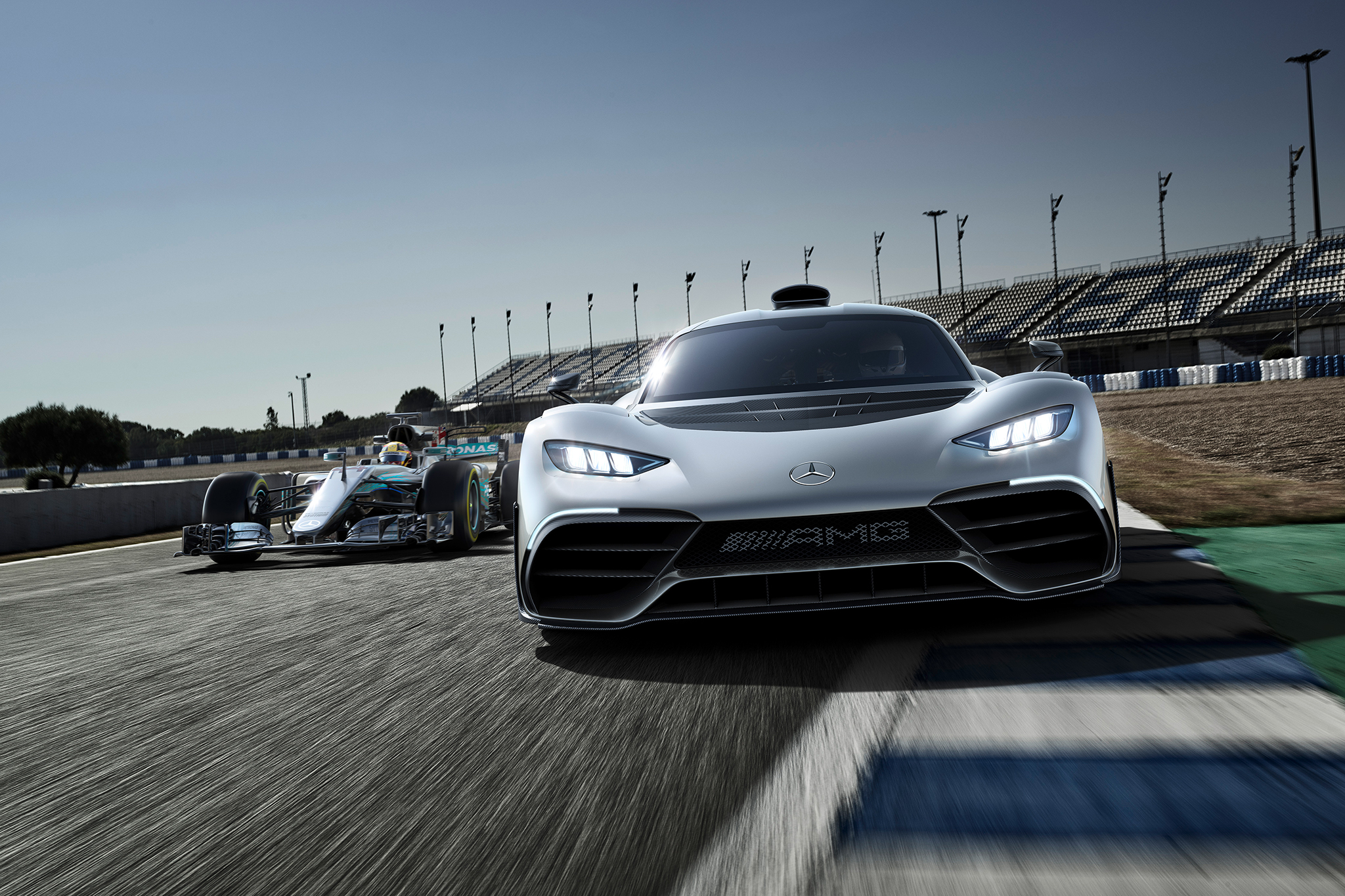 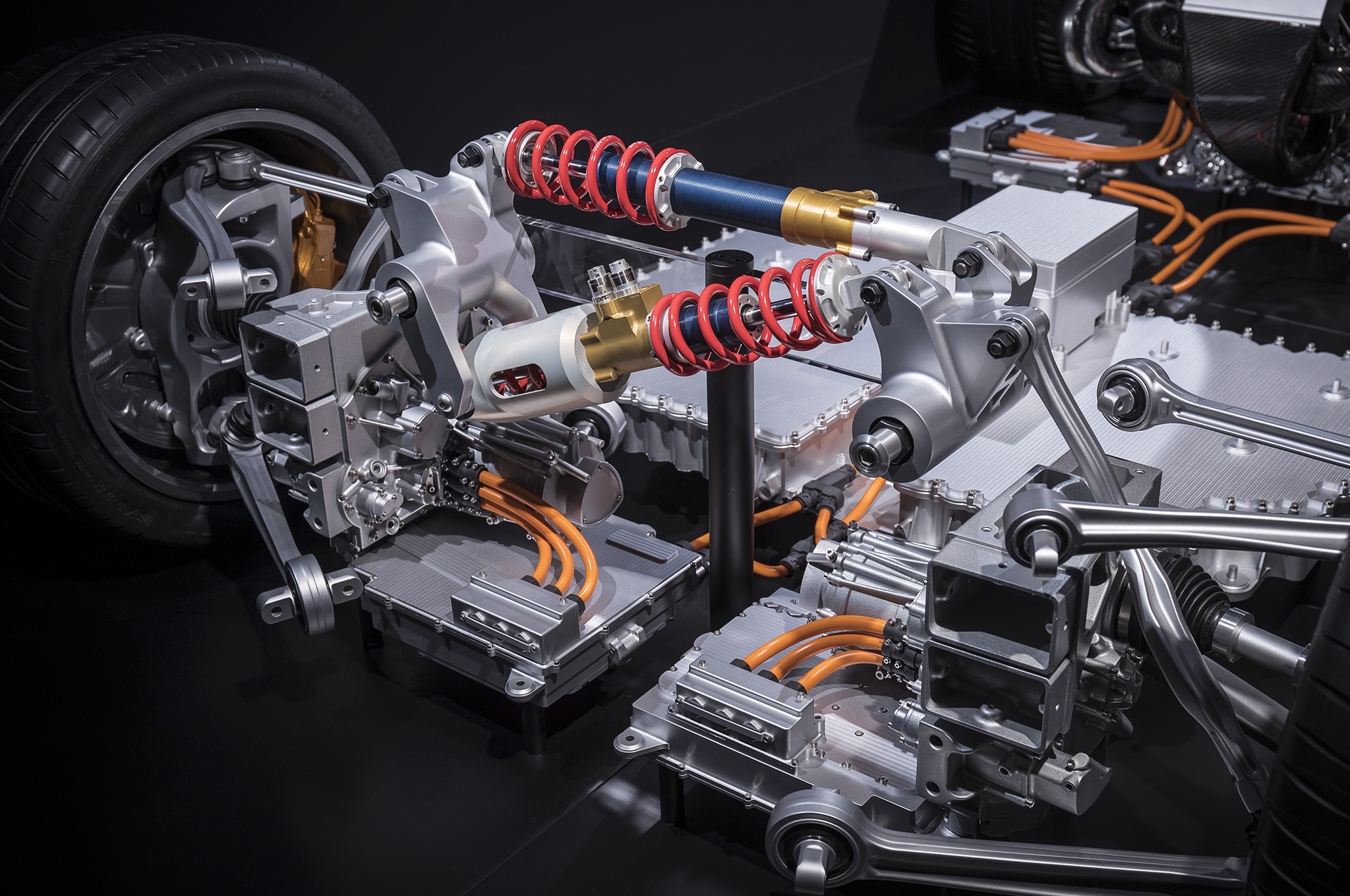 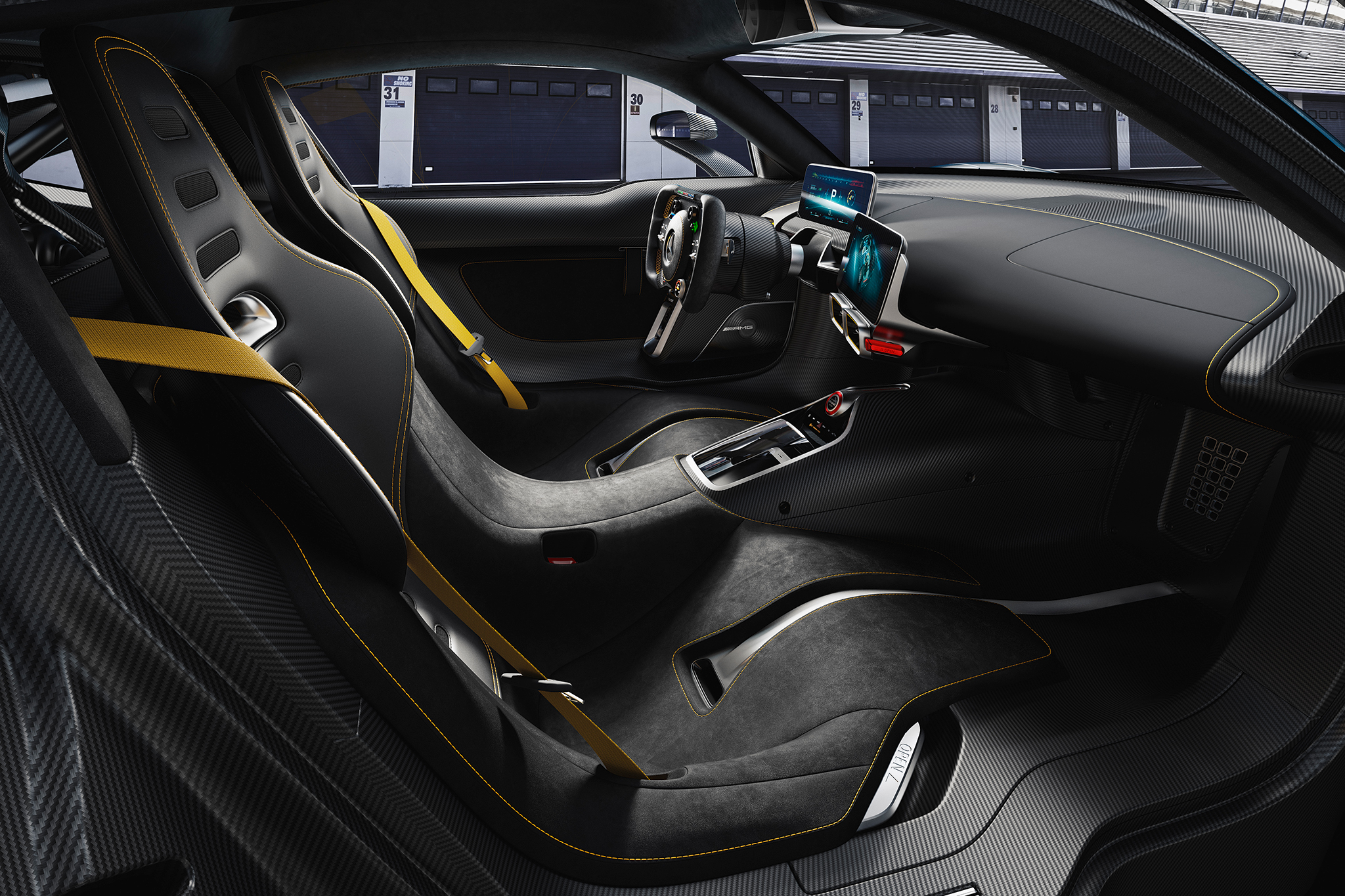 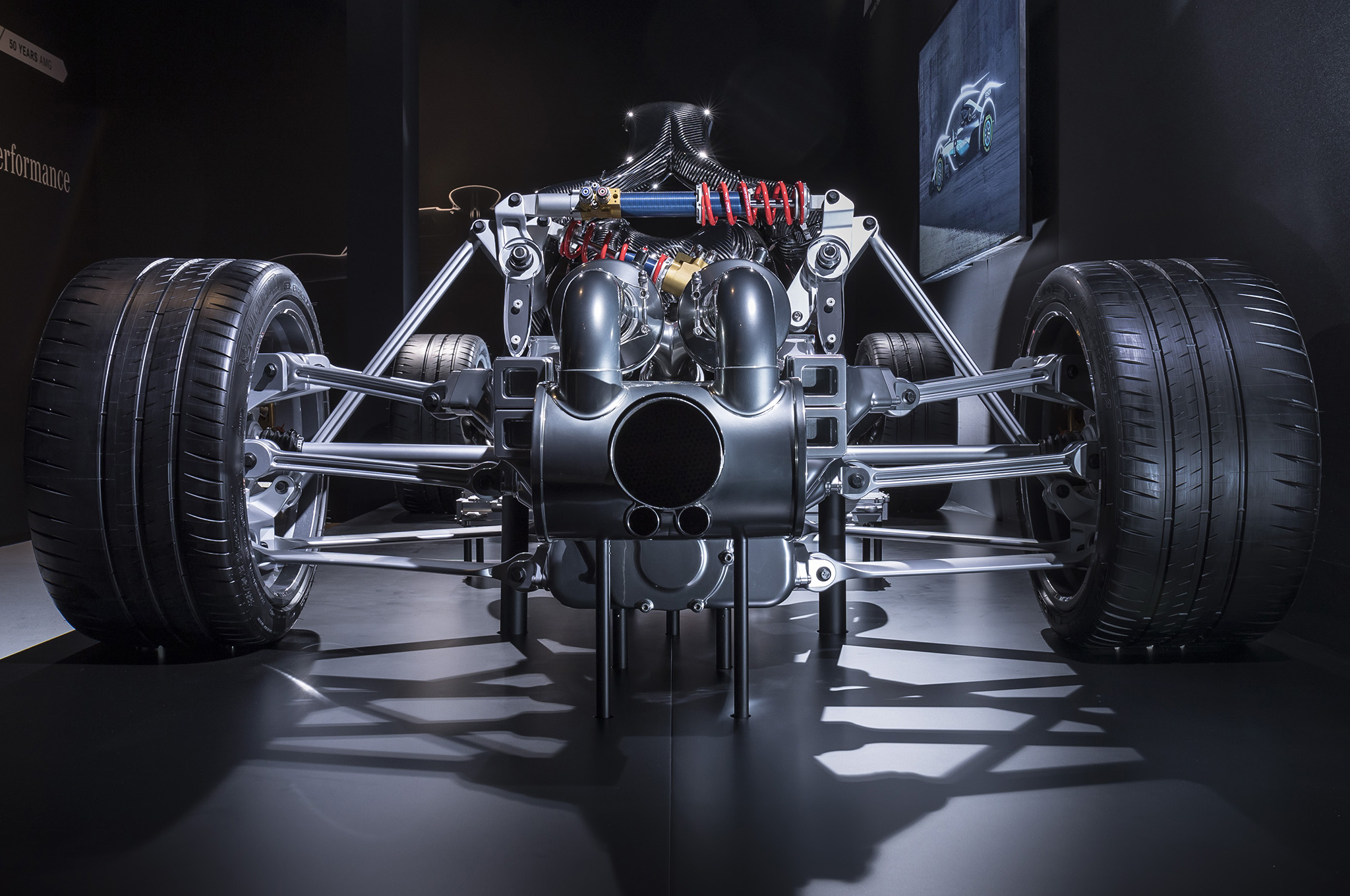 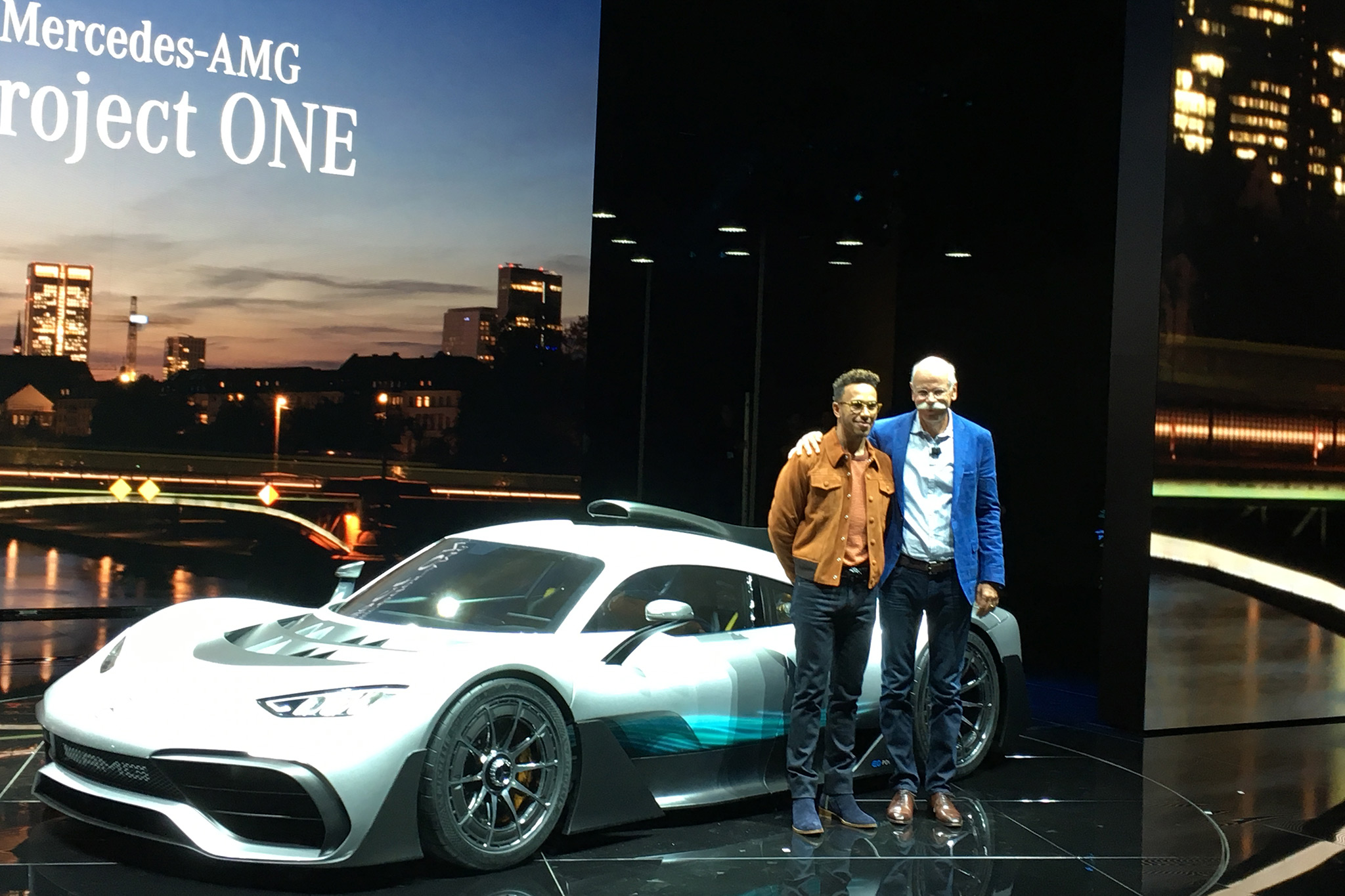 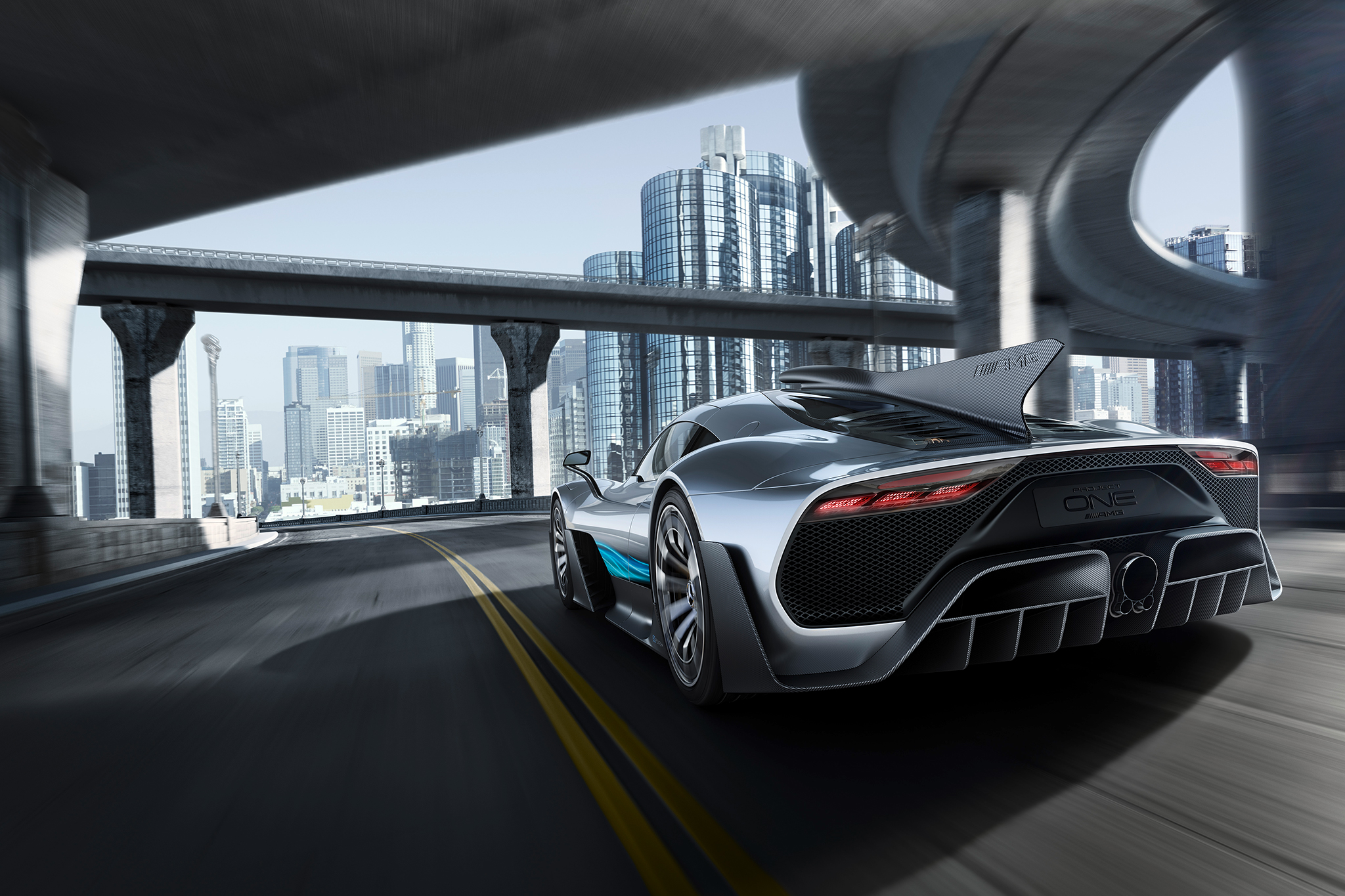