This is one of those projects that’s so obnoxious that it’s actually badass. Ya know, one of those projects where there’s really no rhyme or reason for it to exist. It’s a fantasy build that one Mercedes engineer was lucky enough to bring to reality. As you’ve probably noticed, it started life as an E-Class All Terrain but after a few major upgrades now has the 4×4² moniker added to the name. And looking at the end result, it almost makes you wish you could go down to the local dealer and pick one up for yourself.

The brainchild behind this one of a kind build is Jurgen Eberle, and while it may have started as a hobby project to give the All Terrain some credence, it’s now much more than that. Eberle started working on the project six months ago on his down time. Initially, he added a small 1.5-inch suspension lift but he quickly realized that wasn’t going to be enough of a change. And that’s when he got the brilliant idea to fit the car with portal axles which ended up making a drastic impact on not only the ride height but the ground clearance.

It was at this point that Eberle realized this was going to be quite a bit more work than he planned for initially. So he decided to include the help from a few of his colleagues and word eventually got back to his managers who decided to jump on board as well. He then found himself with a small budget to complete the build as well as the added knowledge and skills of his fellow Mercedes employees and thus the E-Class All Terrain 4×4² was born.

While the 4×4² and the portal axles might imply that it’s the same system that’s used on the both G Wagon 4×4² and G63 6×6, it’s not. They are similar in theory, but not the same by any means. Both G Wagon systems use solid axles where as the E-Class uses a multi link setup on all four corners. It’s connected to the existing air suspension system using struts from the GLC SUV. Of course, this required an immense amount of recalculating the geometry of all of these moving parts so the car would still maintain some level of handling.

The main reasoning for using portal axles was to increase the ground clearance of the E-Class. And it appears to have done a fantastic job at doing so. How much you ask? How about an increase of roughly 10 inches! In stock form, there were only 6 inches between the underbody and the harsh off-road terrain. But the new and improved E-Class 4×4² now has an impressive 16 inches which is the same as an old school Hummer, and only an inch less than the G Wagon 4×4². It’s claimed to be able to wade through as much as 20 inches of water without running into a problem and has impressive approach and departure angles that would rival most stock off-road vehicles currently on sale today.

However, it’s not all good news with this unique build. It might have stellar stats in regards to ground clearance thanks to the portal axles and 31-inch tires. But this isn’t really a true off-road machine. It lacks a few crucial things that make it better suited to be an “urban off-roader.” I’m referring to the fact that it doesn’t have locking differentials, or maybe more importantly, a low range gearbox or transfer case. This prevents the E-Class All-Terrain 4×4² from having the low-end grunt to get up and over obstacles when out in the countryside.

And because it’s still a car, for the most part, it lacks another major requirement of a good off-road vehicle, suspension travel. The ground clearance is fantastic, but it doesn’t do you much good if the wheels can’t maintain contact with the terrain. Even going up what seems like a small incline, neither the suspension nor the chassis can flex like it would need to in order to provide maximum traction. And without a locking differential, once one of the wheels leaves the ground it’ll just sit and spin without doing much good.

Powering the E-Class All-Terrain 4×4² is not the diesel engines that you would expect to find because that’s what’s offered on the stock models. Instead, it’s a 3.5L turbo V6 that’s rated at 328hp. However, according to reports, there’s no shortage of torque on tap when you need it for basic off road needs. But if things get really rough, the lack of low range really hinders your ability to get where you want to go.

So you might not see the E-Class All-Terrain 4×4² at your local off-road park anytime soon, and it’s still not going to compete with the G500 4×4² when the terrain gets rough and rocky. But it would however, be perfect for the soccer moms that live in ski towns all over the world. It would be ideal in the snow and for the weekend warriors that want to get out in the countryside without fear of destroying the underbody of their cars when the roads get a bit rough. However, it’s still considered a concept and will likely remain that way and never see the light of day as a production model. But then again, Mercedes is no stranger to creating off the wall, one of a kind off-road machines in limited numbers such as the G63 6×6 for example. Nonetheless, I commend Jurgen Eberle for his willingness to fulfill his childhood off-road fantasies and creating this obnoxiously badass wagon.

There is some video footage of the E-Class All-Terrain 4×4² in action, however be forewarned they are in German so unless you speak the language you might want to put the mute on and just admire the unique beauty of this wild rig. 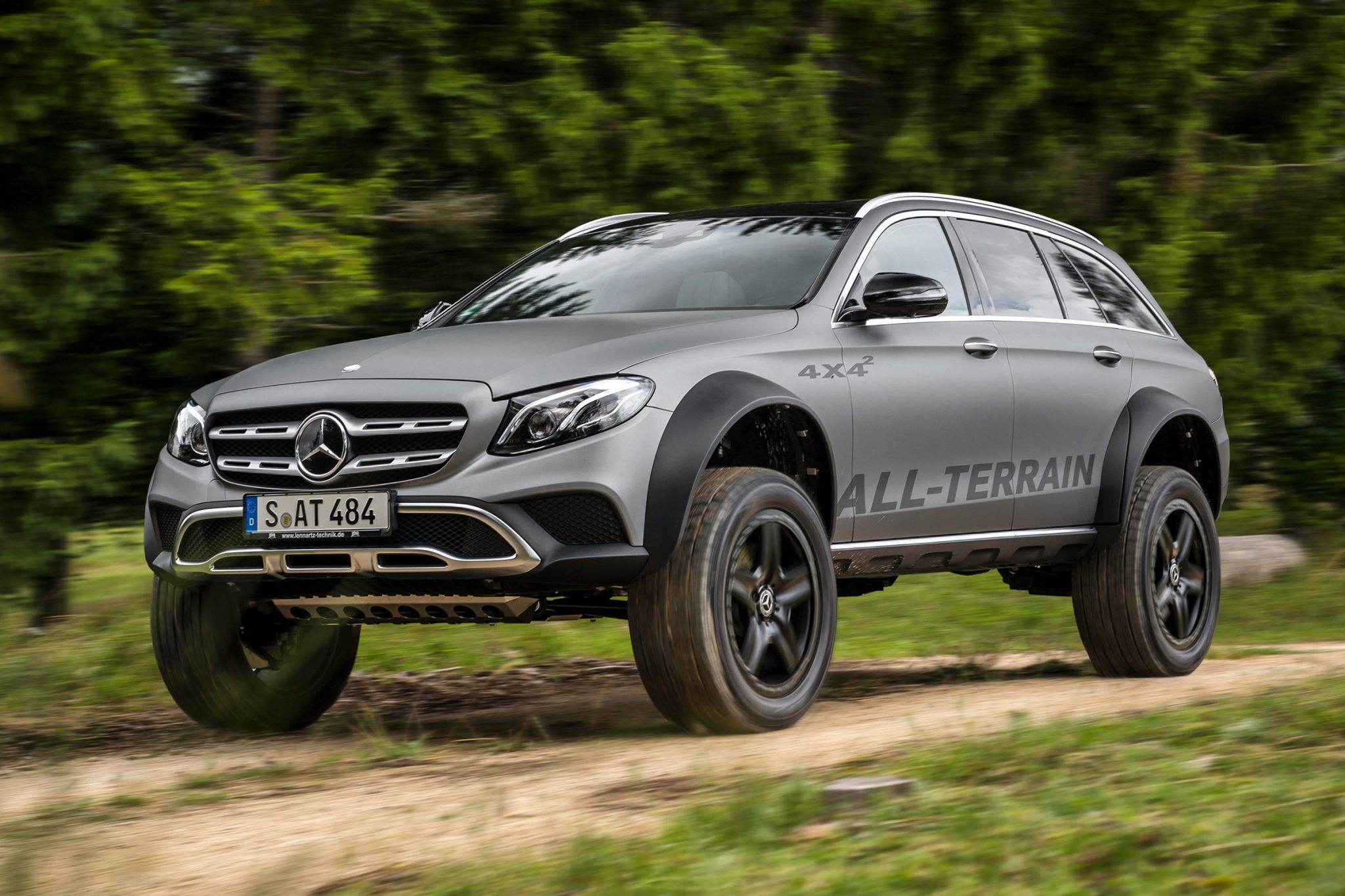 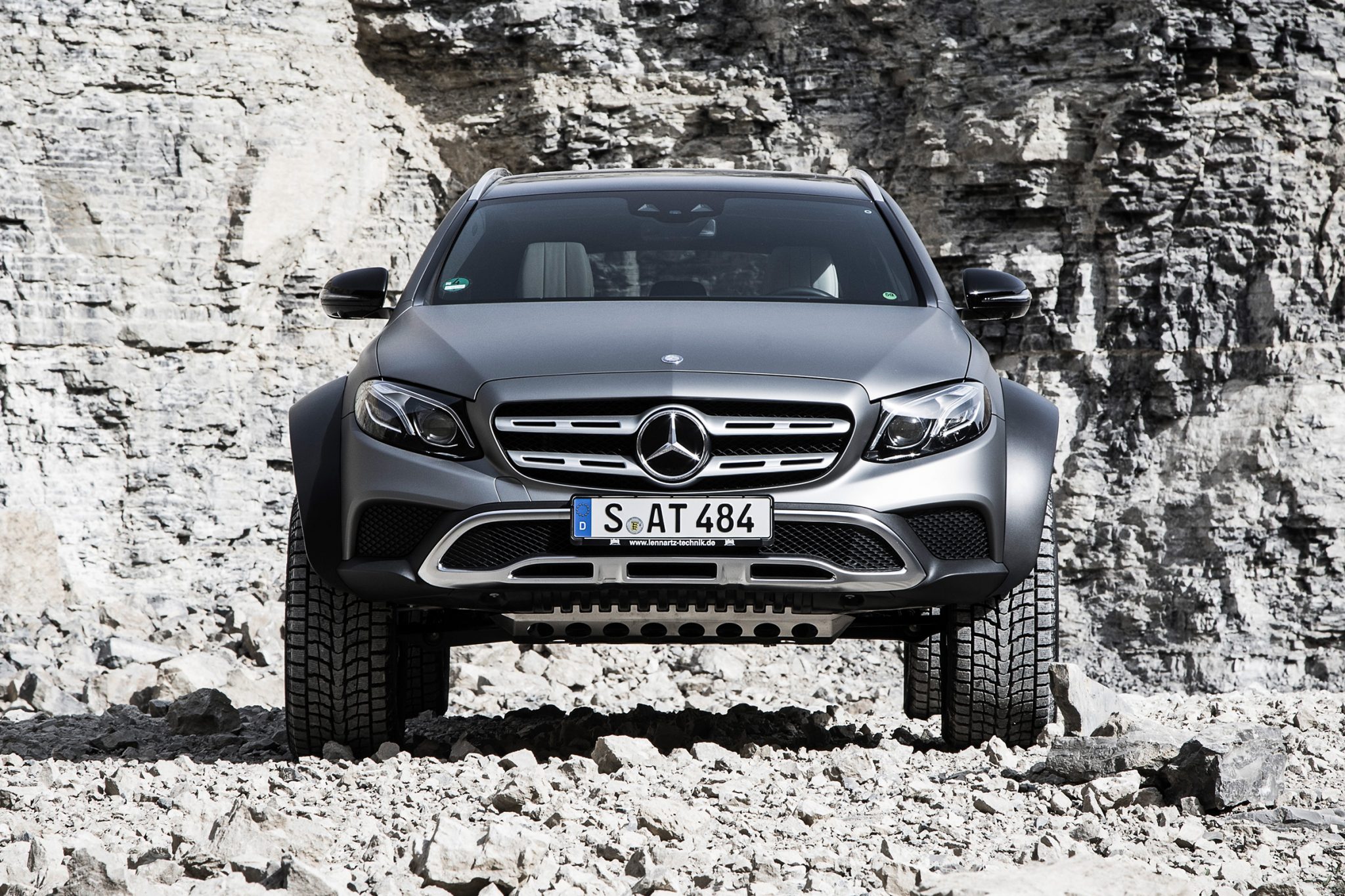 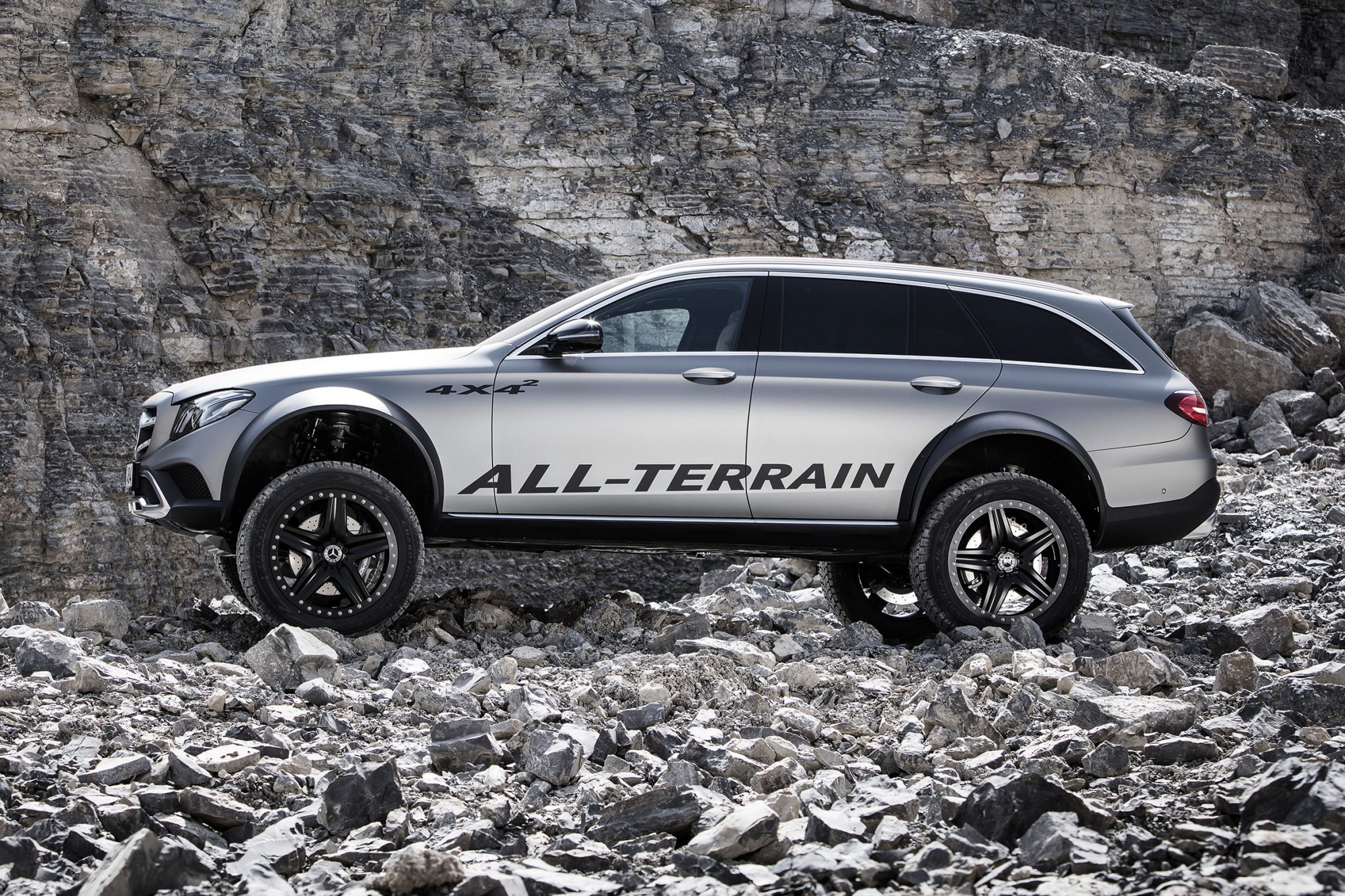 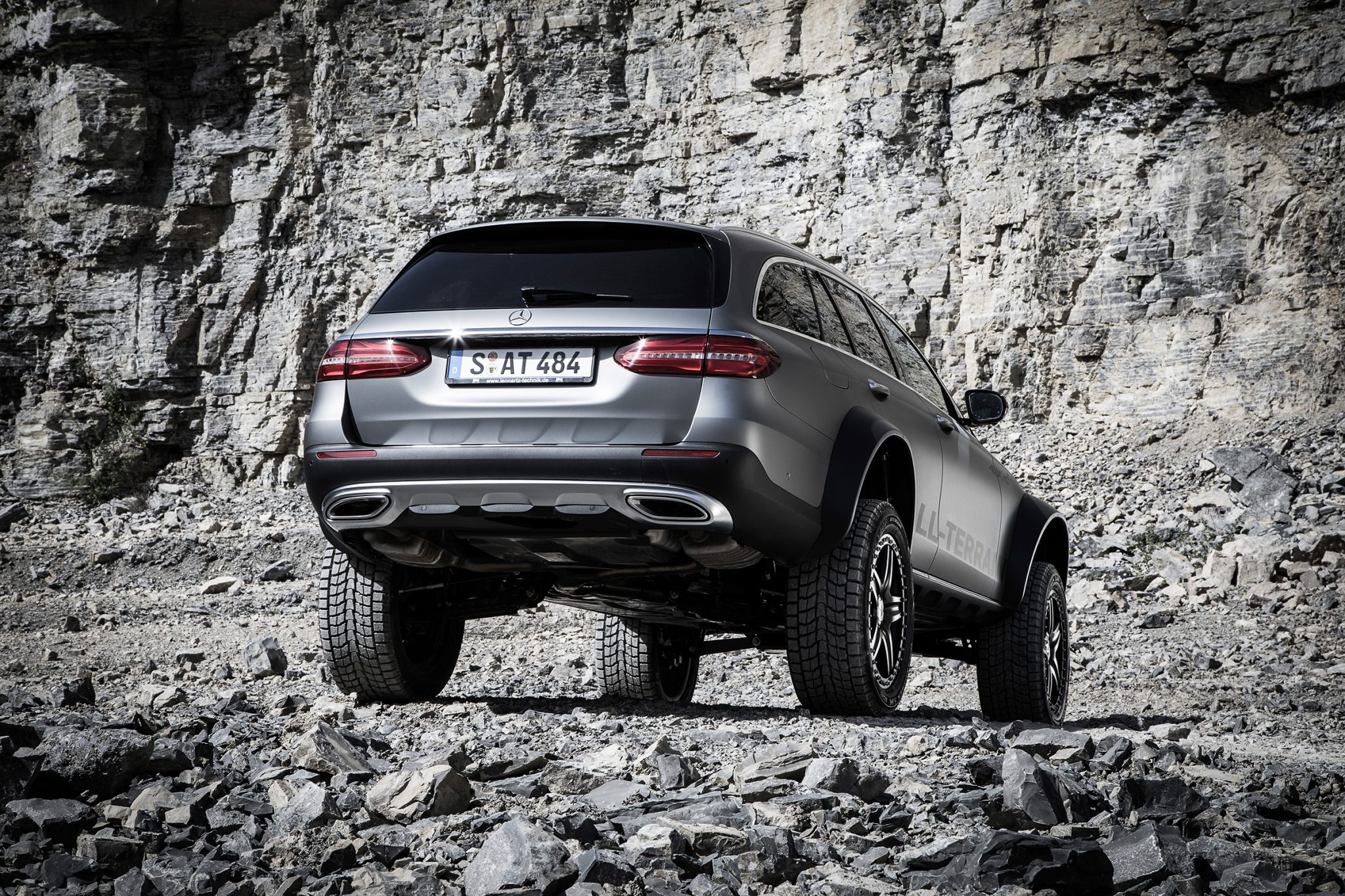 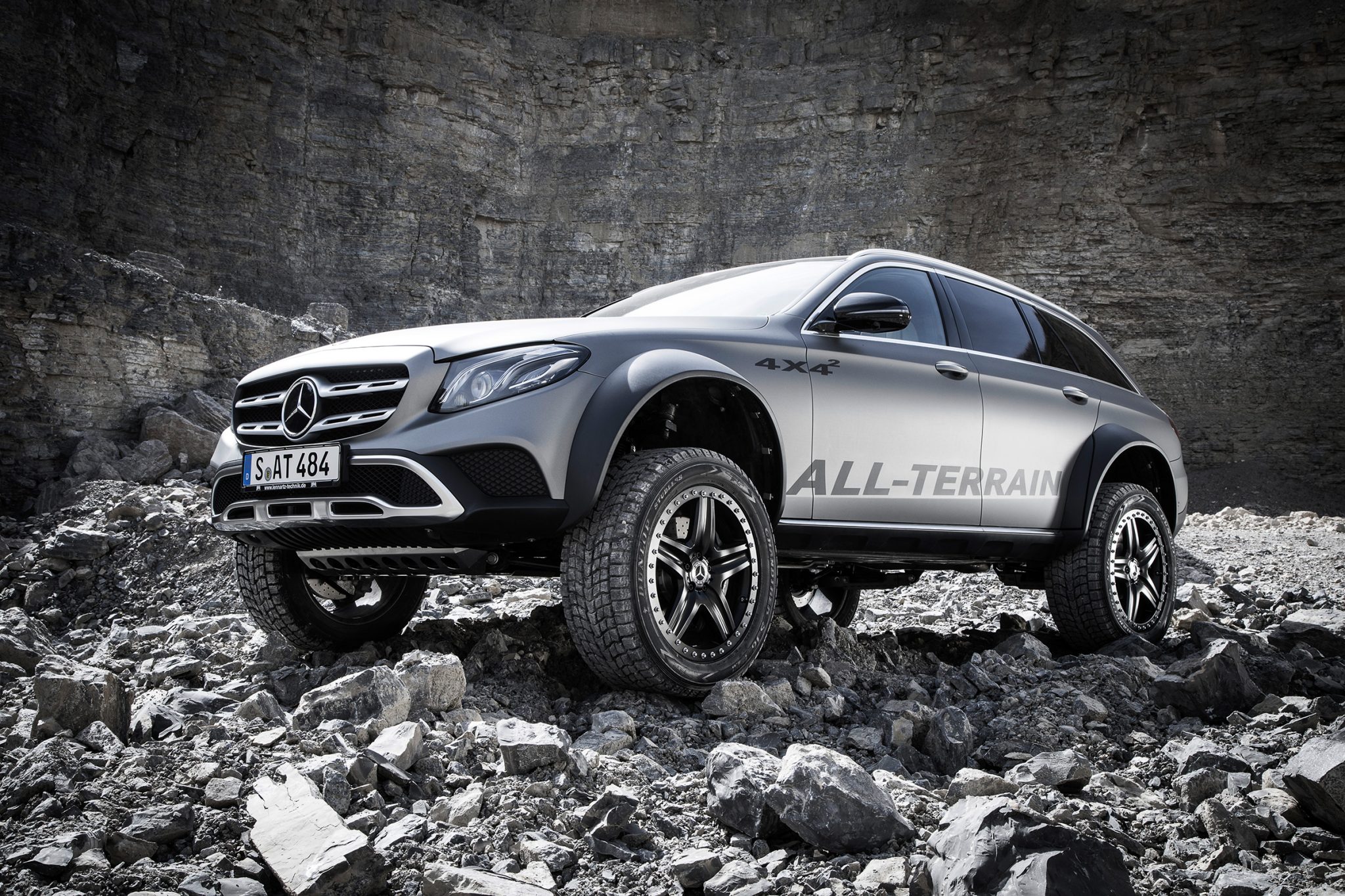 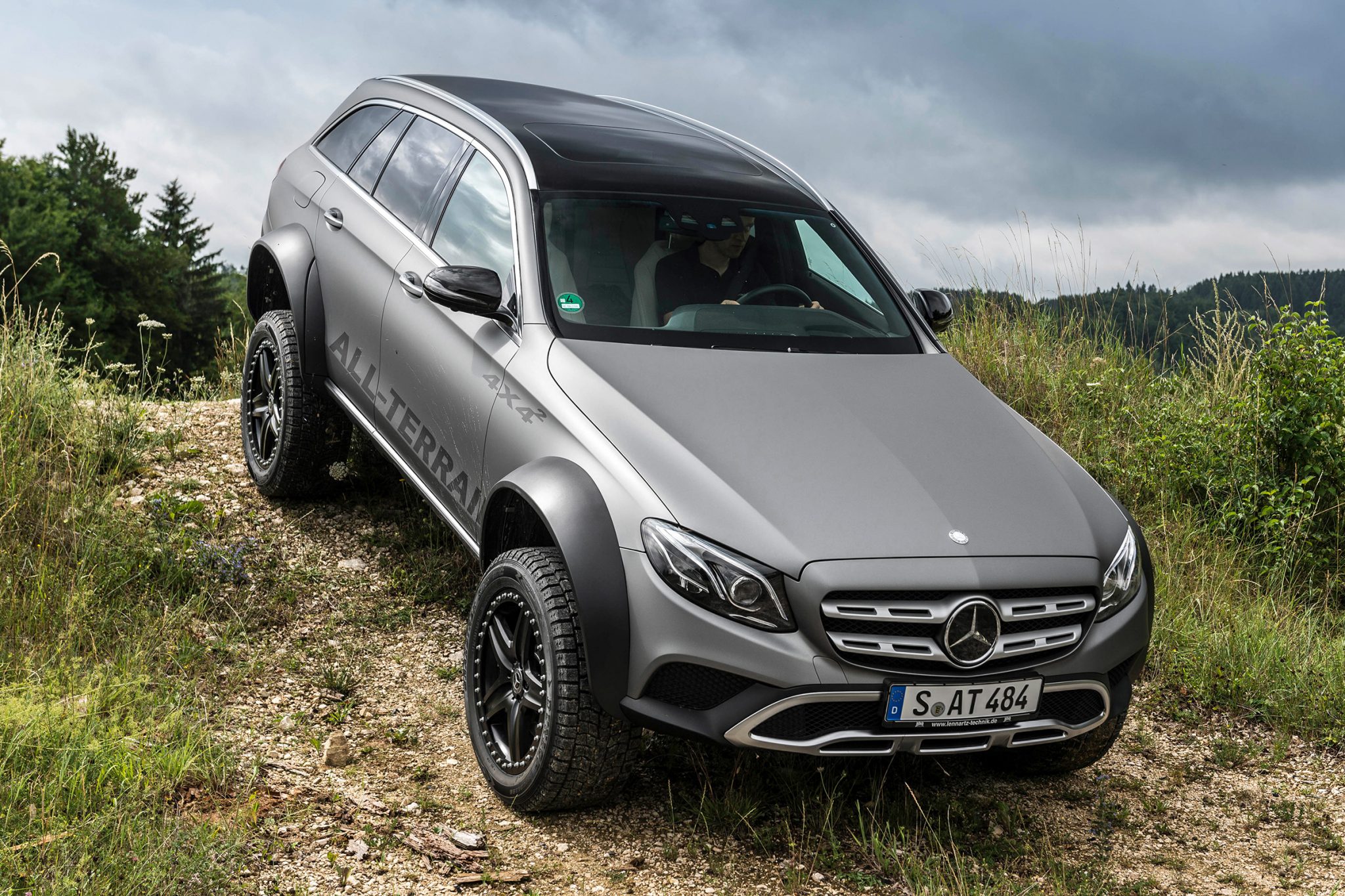 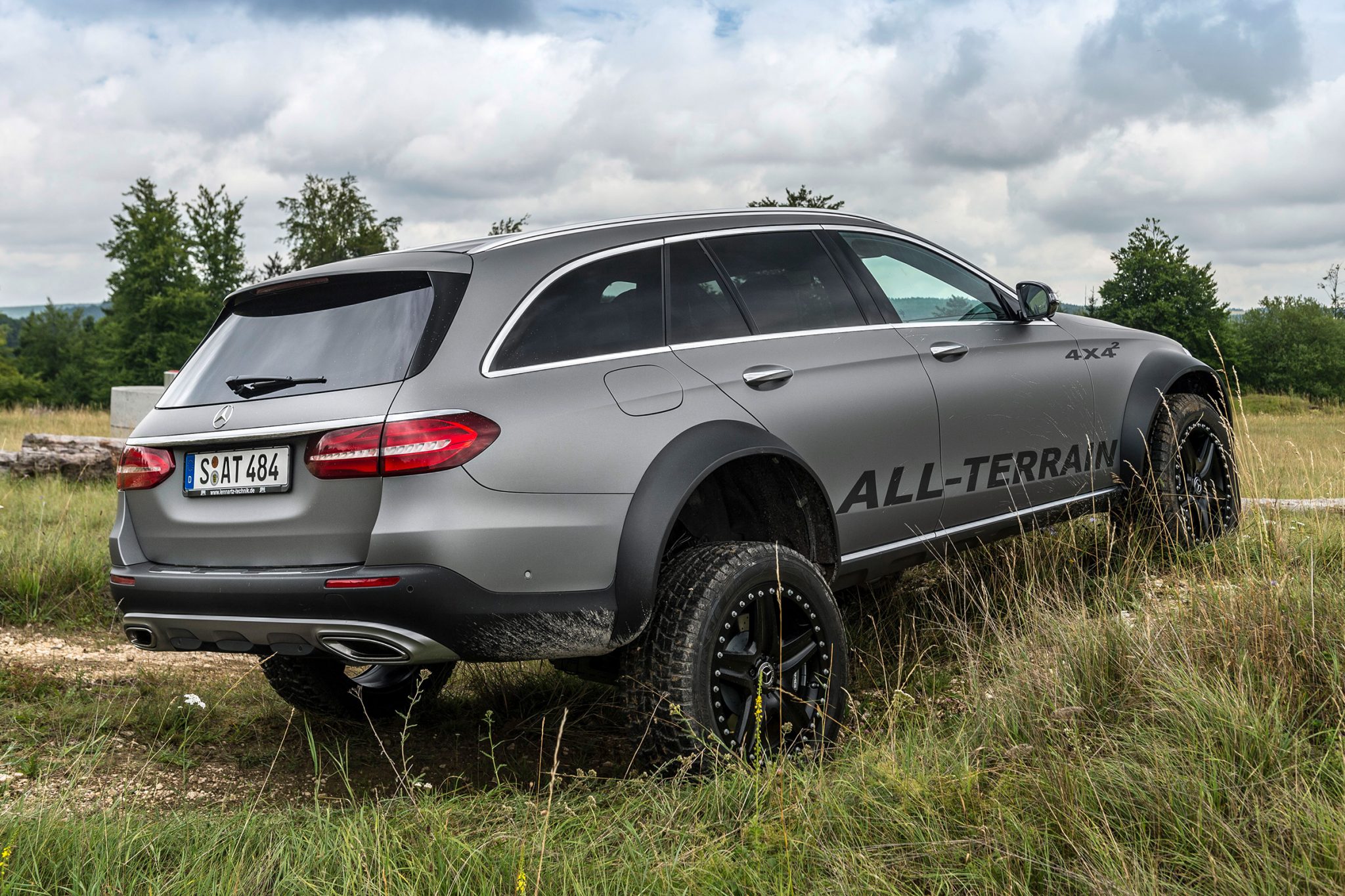