Mad Mike Whiddet is a pro drifter with a slight obsession with the Mazda rotary engine. He has a whole fleet of vehicles with the high strung nestled under the hood in various power levels. There’s the “BADBUL” RX-8 that uses a three rotor pushing 800+hp, the “HUMBUL” RX-7 that has a four-rotor powerplant pushing a nice even 1,000hp. And then of course, my personal favorite, the “RADBUL” Miata that also has a four-rotor monster under the hood. I’m not crazy about the Miata if I’m honest, but the MADBUL and its screaming 1,200hp rotary is most definitely the exception. Like I said, an obsession with the rotary which is by no means a bad obsession to have. And now he has another vehicle to add to that collection called “RUMBUL,” and you better believe it’s rotary powered too.

While it might follow the same trend with what’s providing the oomph with the RUMBUL, you’ll notice it’s completely different than every other vehicle Whiddet has in his stable. All the other “BUL” vehicles are drift cars whereas the RUMBUL is an off-road truck. Specifically, it’s the Mazda REPU B2000 Stadium Truck which is designed to be able to compete in race series like the Stadium Super Trucks and other off-road short course events.

It’s funny to think it’s based on the Mazda B2000 because stock that’s nothing even close to an off-road truck. It’s more like the old grandpa 2WD truck you see pulling into the home improvement store to buy garden gnomes and pink flamingos. But hey, I guess you can take pretty much anything and modify the hell out of it and add all sorts of top level parts and make it something badass. And that’s exactly what the RUMBUL is. Which as I think of it, maybe has something to do with why it has that particular name, that or Whiddet is running out of words that end in “BUL.”

According to reports, Whiddet got the idea for the truck after meeting the off-road legend, Robby Gordon at the Goodwood Festival of Speed a few years back. Apparently, Robby saw him tearing it up in his RX-7 and thought that his driving style would do really well in a Stadium Super Truck (SST). To hear that from someone as knowledgeable and respected in the off-road world as Gordon is pretty awesome so Whiddet had to see what all the hype was about. And it turns out Gordon was exactly right. Whiddet picked up a wildcard entry to the SST race in California and ended up qualifying second on his first time out, which is spectacular if you ask me.

Whiddet said he was immediately comfortable behind the wheel because of his background riding motocross. His exact words were “I adapted really quickly because it was basically like motocross and drifting combined!” Which hearing him put it that way makes me want to get behind the wheel of something like an SST even more so then I already did. Mad Mike ended up liking it so much that he secured himself his own truck late last year and is revealing it this weekend at the Goodwood Festival of Speed.

Based on the rest of his vehicles, you’re probably like me and immediately assumed The HUMBUL would have a monstrously powerful rotary engine. Which it does have a 13b twin rotor that’s mid mounted in the truck, and it is powerful, just not compared to this other cars. This particular rotary engine remains naturally aspirated and “only” puts out 250hp. But remember the truck only weighs 900kg (1984lbs) so the power to weight ratio is still good enough that the truck is apparently an absolute blast to drive. Whiddet compares the excitement level to riding a 250cc motocross bike.

Other upgrades to RUMBUL consist of a race ready Fox Racing triple bypass suspension system to help soak up all the bumps and provide a soft landing when launching it off a jump. Power is sent to the rear wheels only with a Mendeola MD4S race ready 4-speed gearbox which is the same one used in many off-road applications.

I assume Whiddet doesn’t plan on using this particular truck in actual SST races since the SST rules are pretty strict about power requirements and making sure that each truck is specced out the same. It’s possible he will be using it for other classes or another series altogether, but If I had to guess I’d say this is just his “training” truck to get more familiar with it and that style of driving. Then down the road, we will see him come out with another truck that has similar power outputs to his other vehicles, or maybe specifically 600hp to be able to compete in the SST circuit. He did mention in an interview with Red Bull that he has many ideas for more badass machines in his head, and some of which are under “heavy development” and will debut late on this year.

Here you can see Mad Mike debut RUMBUL in an epic fashion at the 2017 Goodwood Festival of Speed as he goes for a tour around the grounds at full throttle. And you even get to see a cameo of the RADBULL and trials rider Dougie Lampkin who once rode a wheelie the entire length of the Isle of Man TT. 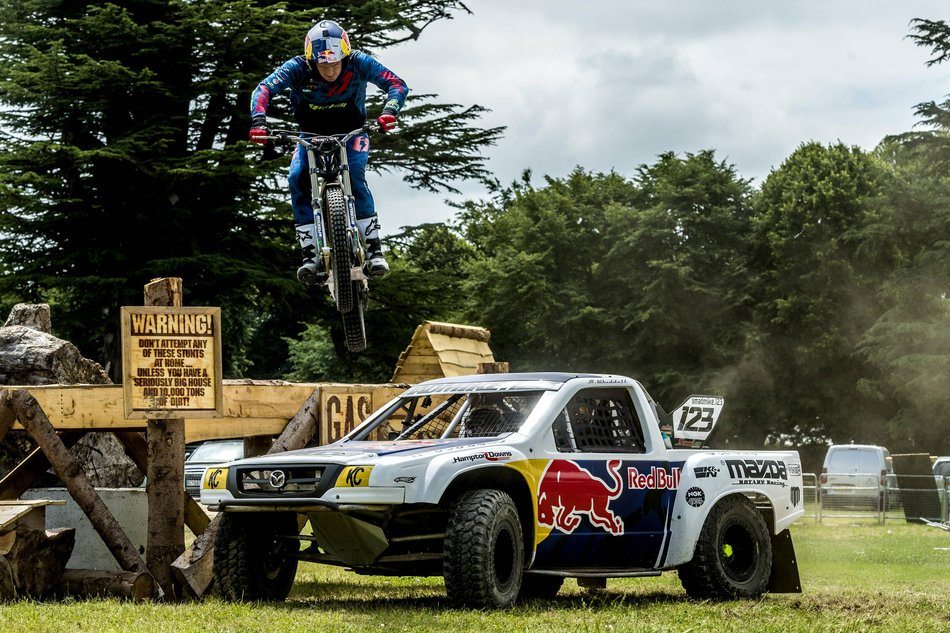 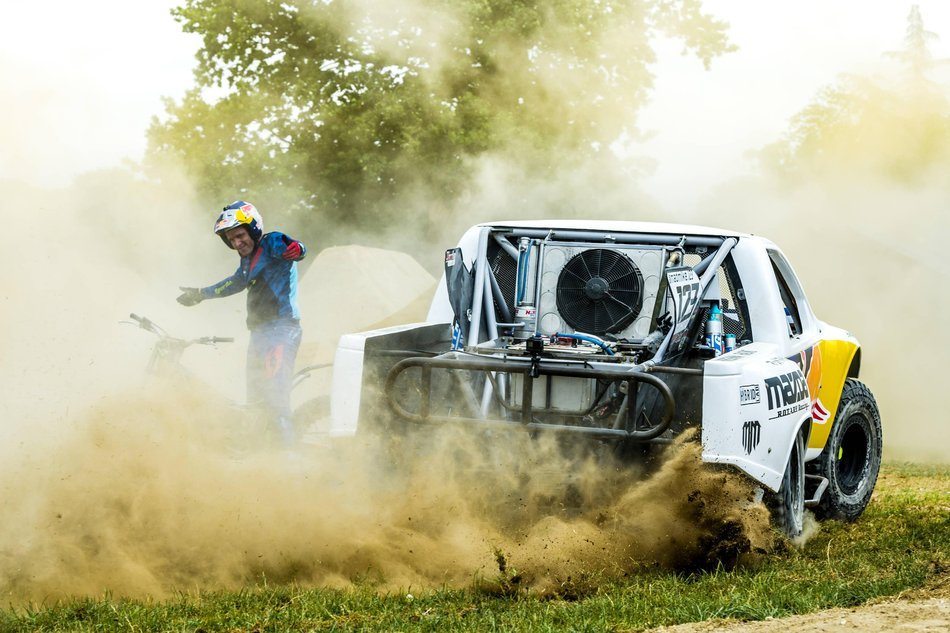 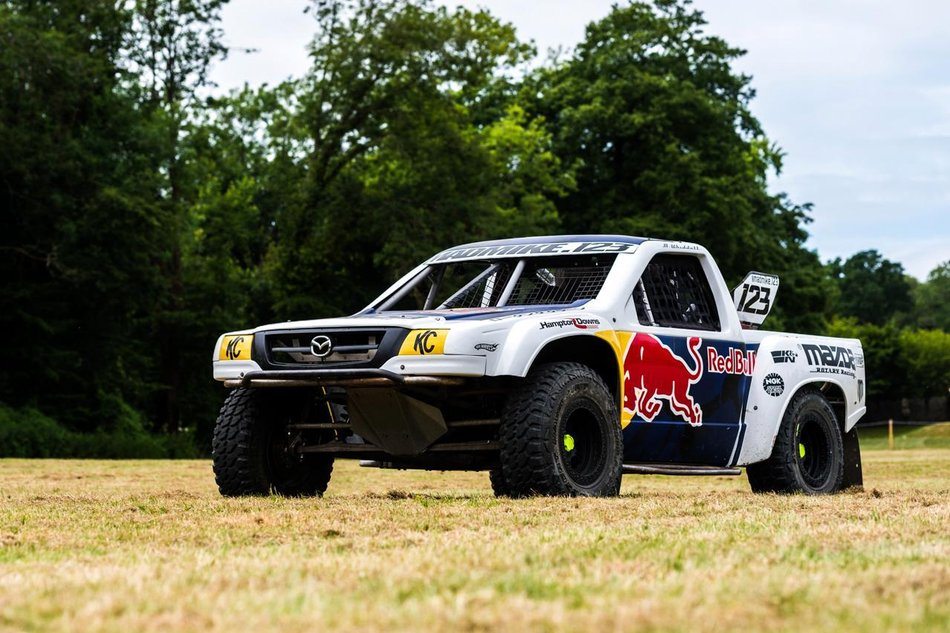 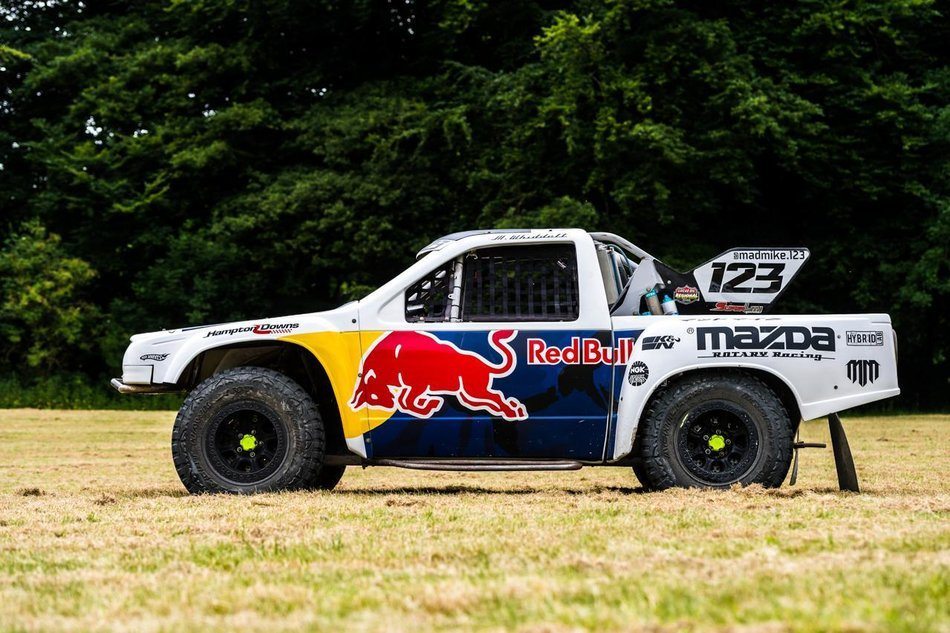 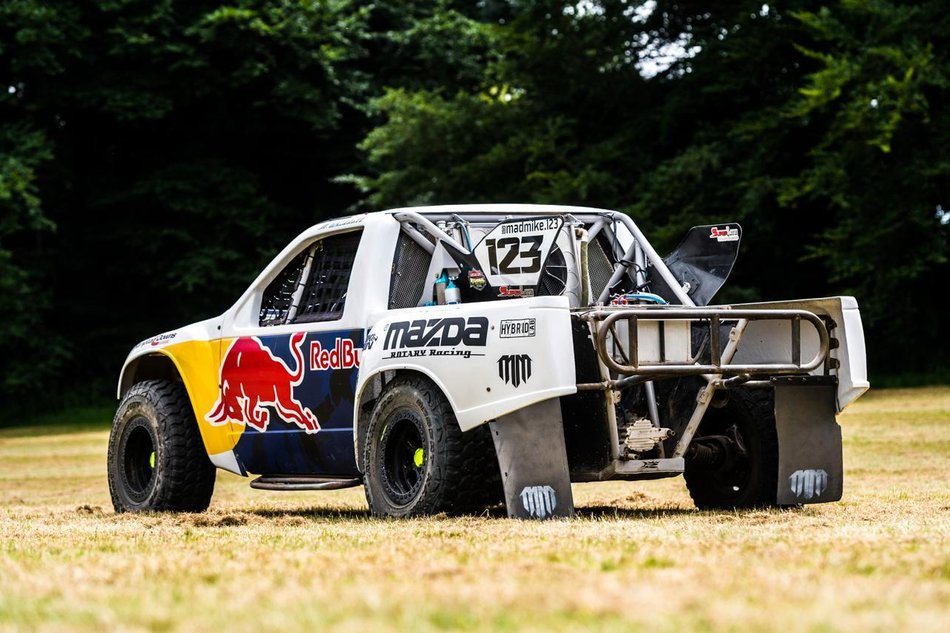 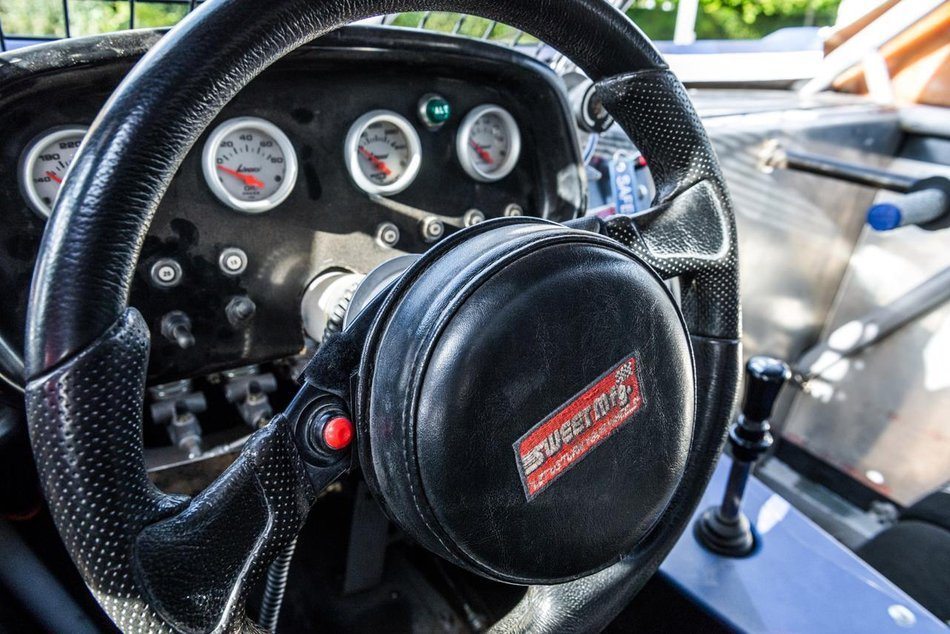 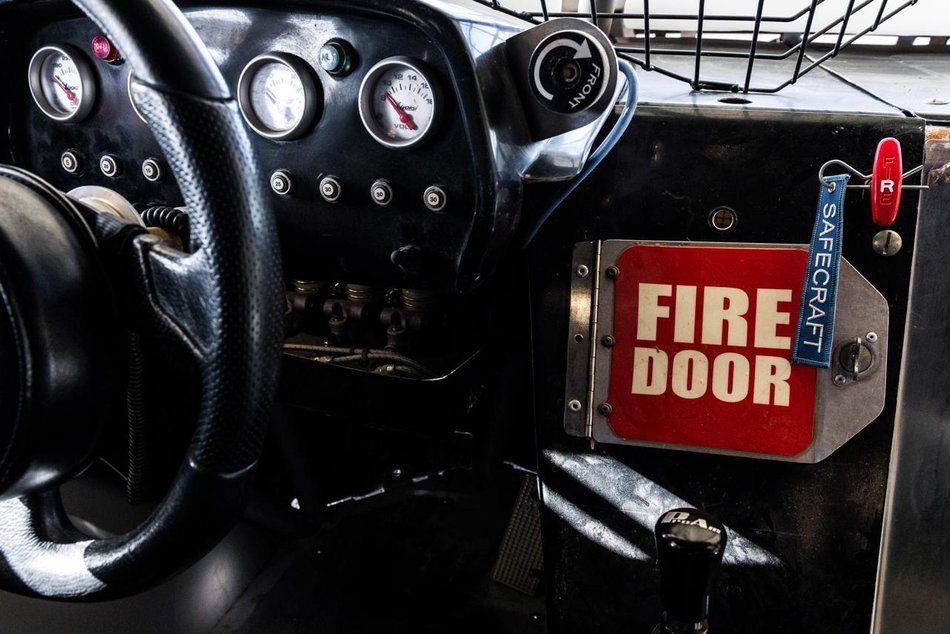