It may be obvious by now, but I love two stroke motorcycles. It’s something I grew up around, with my first real dirt bike being the amazing little YZ85. The current crop of 2-strokes has made it clear that 300cc is the perfect number for almost every condition, yet there isn’t a single manufacturer that makes a track ready bike in that displacement. Motocross Action wanted to see if there was a reason for this madness, electing to build their own TC300.

The Husqvarna name is well known across the motorcycling community. The brand is known for being the little brother of the Austrian powerhouse known as KTM. Much like KTM Husqvarna uses subtle changes in the name of a motorcycle to distinguish what it’s designed to accomplish. For instance, TX designates their Cross-country series, designed to tackle the hardest trails imaginable. On the other side of the spectrum sits the TC, their Motocross selection. The TC250 is their premium 2-stroke motocross machine, arguably the best 2-stroke machine for Motocross on the market right now (tied with the identical KTM 250SX). Yet it is sharp, snappy and all around a brutal ride that commands perfection from anyone that dares to try and wrangle it around the track. This proved to be troublesome for some novice riders, prompting Motocross Action to think long and hard about a solution to that particular problem.

Starting with a TX300, Motocross Action took to the transformation in a methodical way. What could they change that would easily transform the TX into the motocross bike for the average Joe. First the simple things. They swapped the 18-inch enduro rear wheel for a 19-inch D.I.D. Dirtstar model. Then they swapped the 2.65-gallon tank for a 1.85-gallon from the TC250. After that, they of course ditched the kickstand. Lastly, they swapped both the forks and rear shock for the units used on the TC250. The TX300’s suspension is more than adequate when ridden in its element, but for the track it becomes immediately apparent that it’s much too soft. The TC250’s suspension is an absolute dream when ridden hard on the track, allowing for an easy swap to get the best of both worlds.

And that’s it. Personally, I thought it would take a lot more work to get the woods bike in shape for the track. I was expecting extensive gear changes along with flywheel swaps and such. Hell, they even kept the electric start, and it still only weighs 7 pounds more than that of the TC250. Sounds like a winner to me. So how did it fair on the track? Depends on who you ask. While everyone that rode it enjoyed it, it came down to skill level on which the rider preferred from TC250 to TC300. Slower riders enjoyed the broad, slower revving power of the 300 while the fast guys were able to extract that extra snap out of the 250 that has made it a fan favorite. Basically, the TC300 is easier to ride while the 250 requires much more input to really stay on top of it. Weight did play a factor in the pro riders evaluation. While 7-pounds is not much on the scale, that bigger piston can make the 300 feel much heavier when you are really winding it out, a common issue on single cylinder machines. Still, the feedback was very positive for all levels of riders, making for an interesting argument for a dedicated track focused 300cc 2-stroke.

So do I think Husky or KTM should produce a 300cc track built machine? Nope. This test is positive in an entirely different light. The real takeaway is someone like myself that wants the best Enduro bike money can buy yet doesn’t want a separate machine to be able to enjoy a track day with my buddies. The TX300 checks all the boxes and then some for enduro riding, and with a couple hours in the garage, you can transform it into a serious weapon for the times you want to smash some berms. They have opened the door for possibly the best all around bike for an enthusiast that isn’t going to be racing on a regular basis. To me that is some exciting news, and it just goes to show that the 300cc two-stroke really is the perfect machine for the average riding enthusiast. Granted it’s not cheap to have an entire second set of suspension on hand, it’s still much cheaper than a second bike, and much easier to store when not in use.

Husqvarna and KTM shouldn’t offer a 300cc track bike, instead they should offer a ‘track package’ for those that own one of their 300cc off-road machines. It fills the void that Motocross Action is pointing out, and it would make the TX300 the perfect one quiver machine. All hail the 300 two-stroke, the people’s machine. 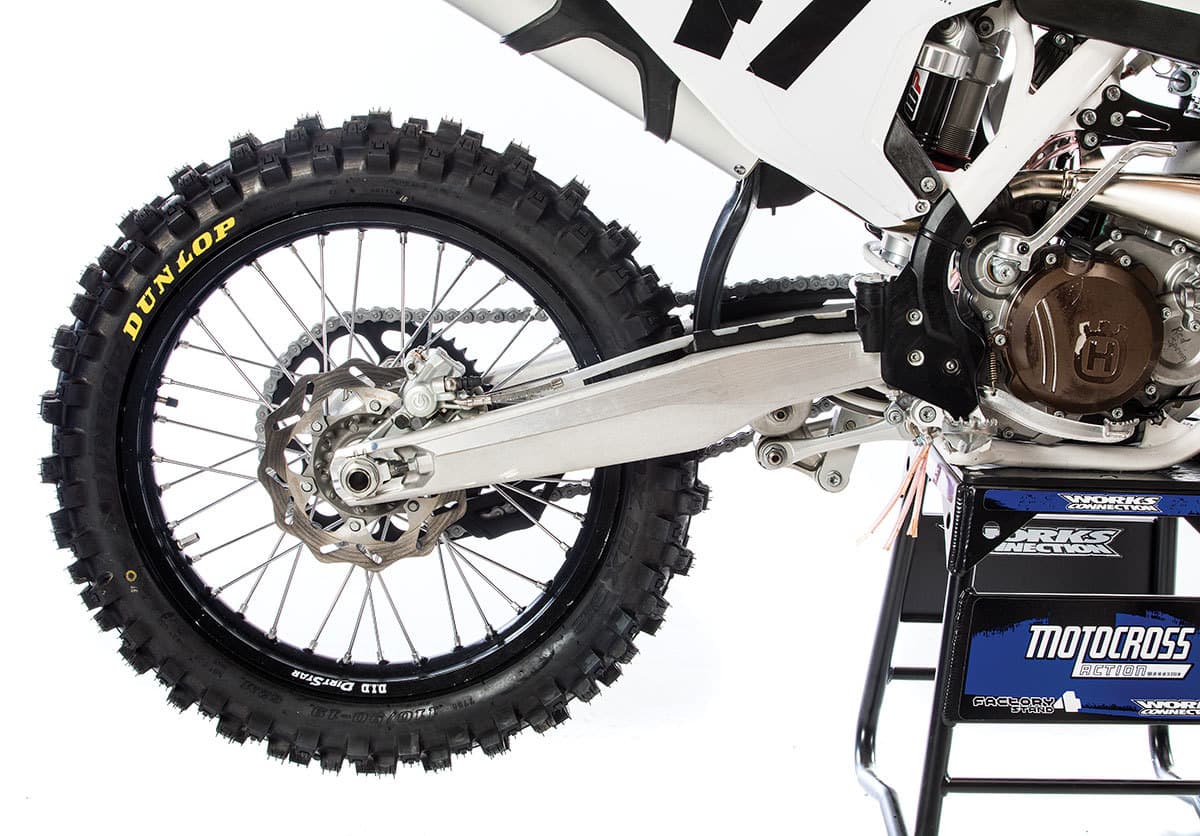