In an unusual sponsorship deal MV Agusta and F1 champion Lewis Hamilton have teamed up to create one of the wildest F4 Superbikes you have ever seen. And the best part, you can buy one for yourself, if you have the coin.

MV Agusta is known for building some seriously gorgeous bikes. Their flagship model, the F4, was groundbreaking when it was unveiled in 1998. Back then it was considered the most beautiful bike in the world, and still, rivals that claim to this day. Now the F4 is a 1000cc monster that puts out over 200hp and still features those iconic curves, with a modern twist. It’s the bike that you buy if you really want to make a statement, making even the best Ducati look like a second rate citizen. And now the LH44 will be the rarest of them all.

Much like MV Agusta, Lewis Hamilton is well known for his style. While it’s not my cup of tea, you can’t knock the guy for living his life the way he wants. While he displays his fashion sense with a bold statement of clothes, he also does so by owning a car collection that could make any enthusiast jealous. And in that collection rests a handful of one-off customs just for Hamilton, including an MV Agusta Dragster RR LH44.

The newest custom to the collection is based on MV’s F4 RC, a 205hp monster of a machine. Like Hamilton’s last custom MV, the F4 LH44 is wearing a similar color scheme. That means a white frame wrapped in a candy red exterior, polished off with some black and white detailing. Under all of that fancy paint is a full set of carbon fiber bodywork, with only minor sections of it left visible. To make the LH44 F4 even more unique, MV opted to have a custom set of black Öhlins fit the bike, replacing the usual gold.

The LH44 F4’s seat is a gorgeous Alcantara and leather mix while staying impressively low profile. To boost performance MV fit the F4 with a set of forged wheels, titanium exhaust, and even a custom set of Pirelli tires branded with the LH44 logo. Power now sits at 212hp, more than enough for a bike of this caliber. Hamilton was happy to present the bike to the world but didn’t miss an opportunity to tease his nearly 5-million Twitter followers with a vague post. When they finally announced it Hamilton took the time to touch on what it means to be partnered with MV Agusta.

“I am very excited to continue my partnership with MV Agusta. I love working with Giovanni and the guys at MV Agusta, their passion for engineering and attention to detail produces stunning, original looking bikes,” said Hamilton. “My projects with MV Agusta are a great way to combine my love of riding bikes with my interest in the creative design process so I am very much involved with the CRC design team throughout. I am particularly excited to introduce my new bike, the F4 LH44. It looks quite stunning and I had the pleasure of riding on track a few weeks ago in Italy, it feels great and combines the best of both worlds, a race bike for the road! There will be 44 bikes produced so I hope the lucky owners will love it as much as I do.”

The LH44 F4 isn’t meant to be a mass-produced bike, and they made that very clear by agreeing to build only 44 total. At $72,000 dollars it isn’t meant to be cheap either. But for a bike like this, why would you want it to be? I’d jump on it soon than later, they are going to go fast. 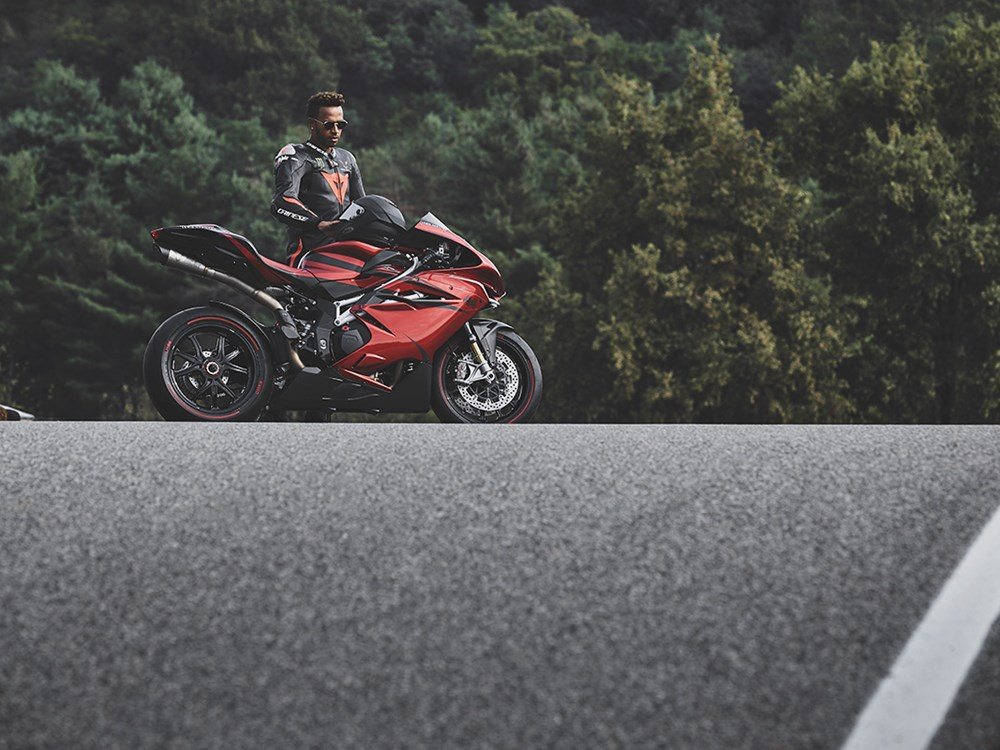 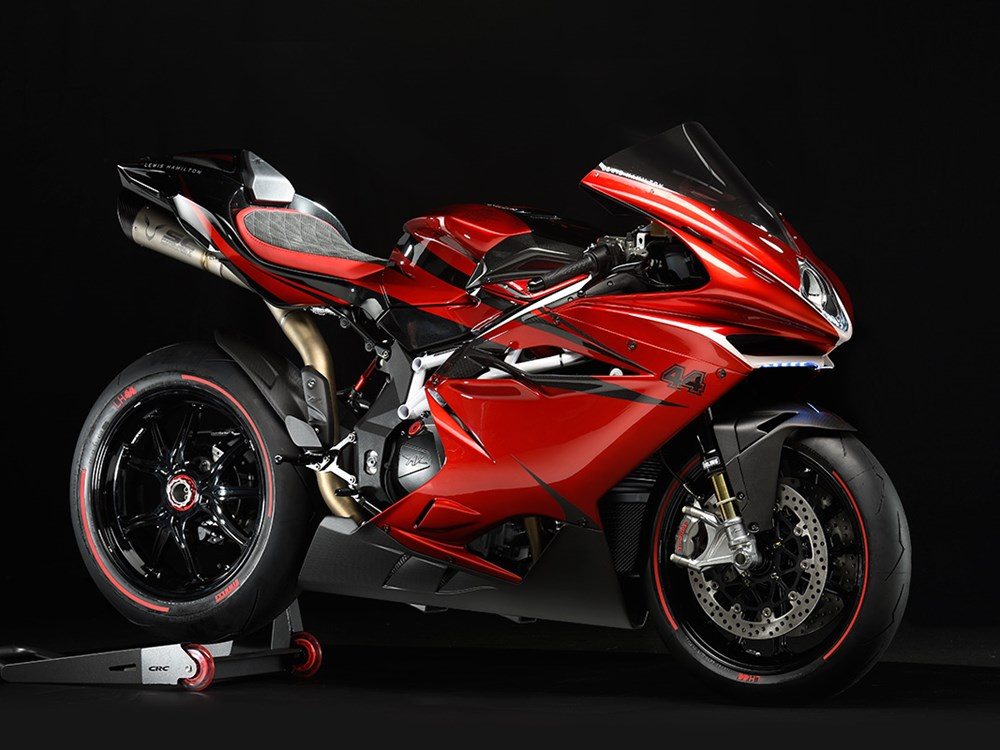 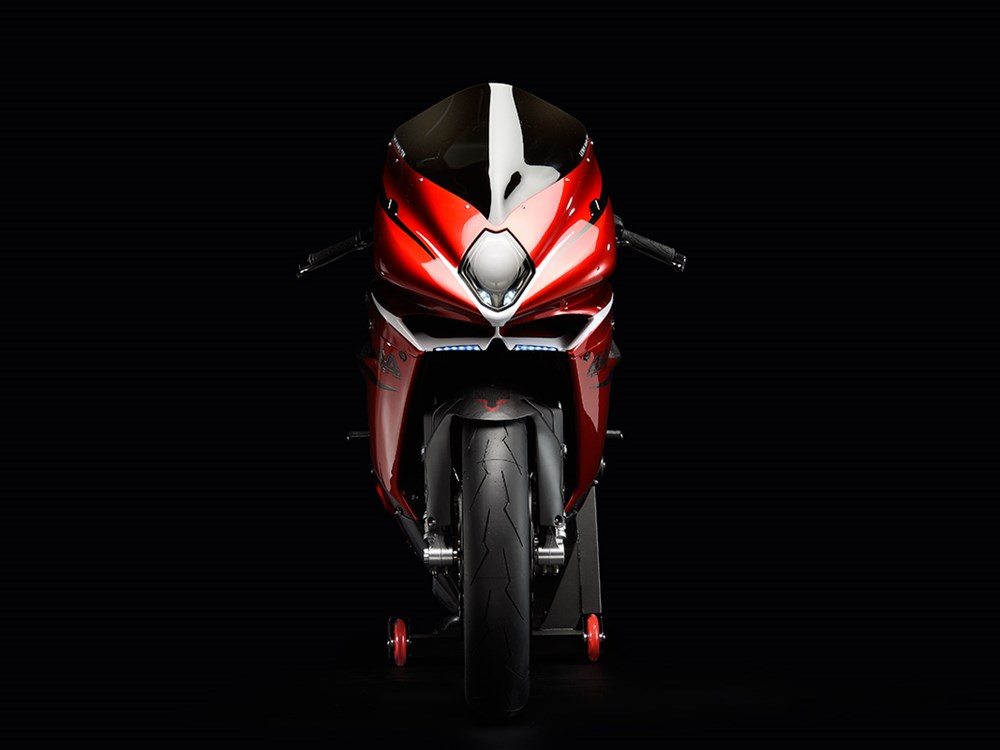 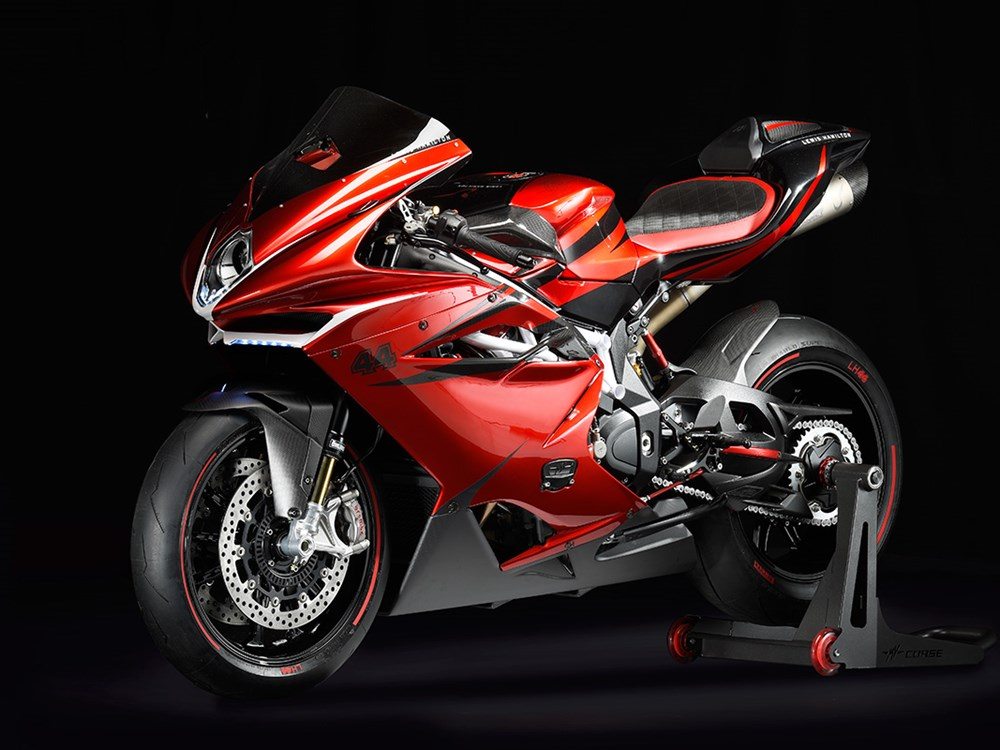 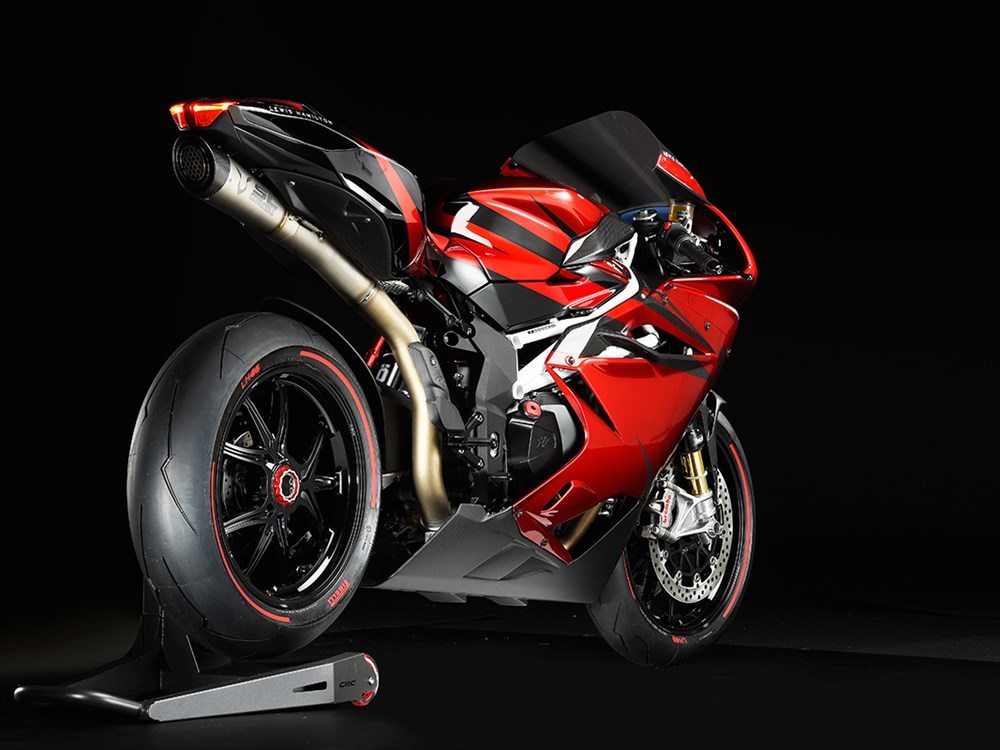 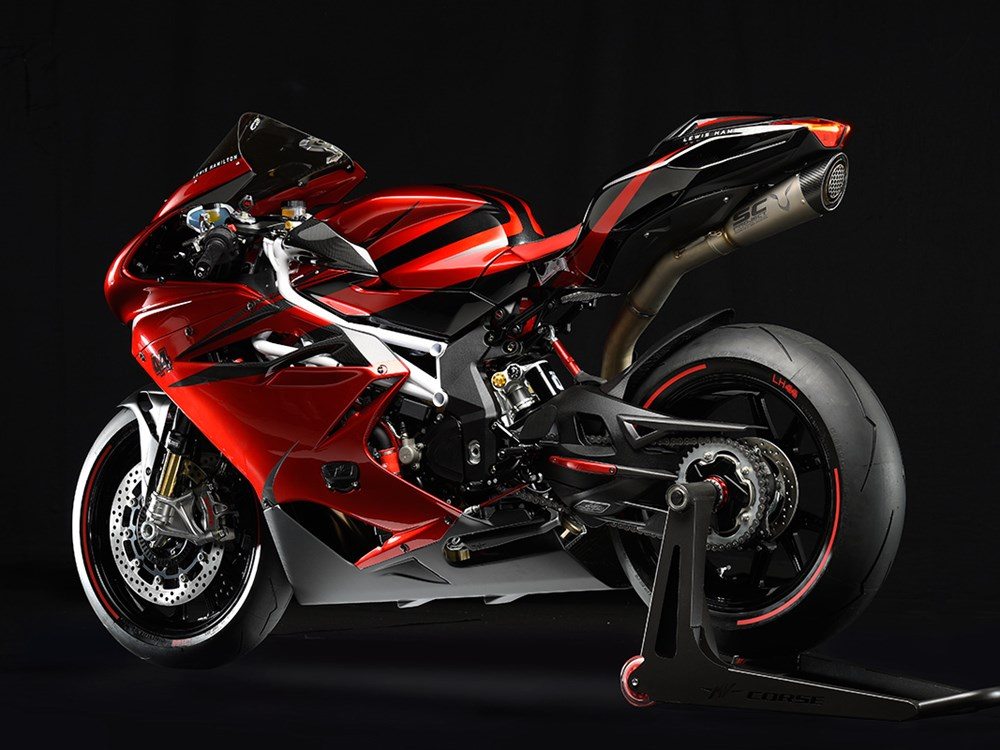 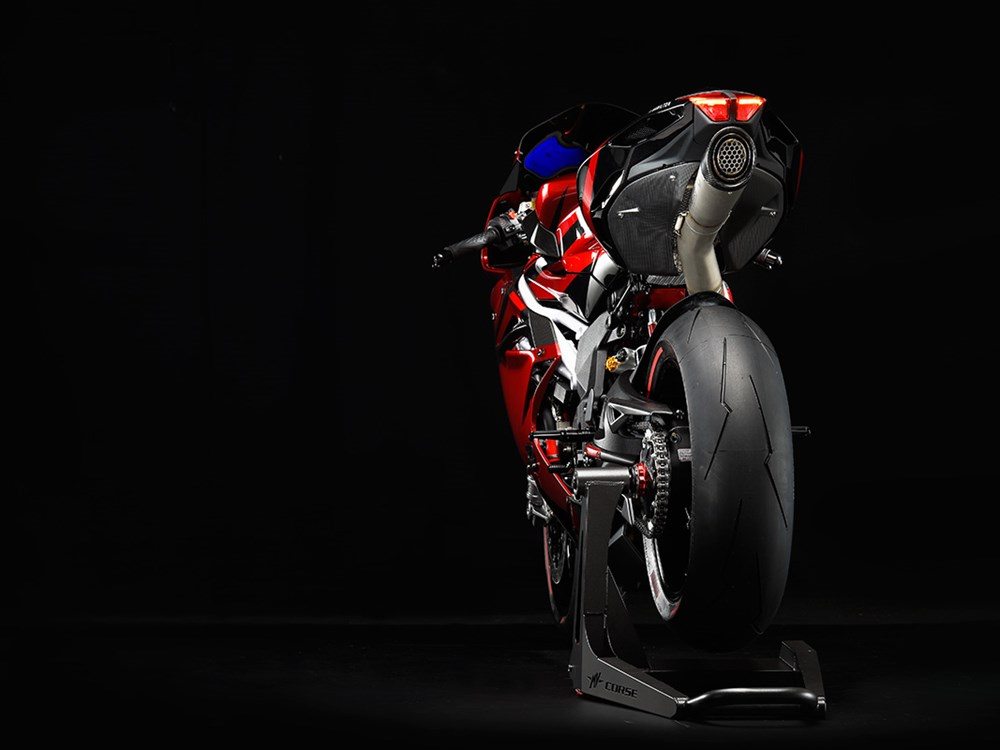 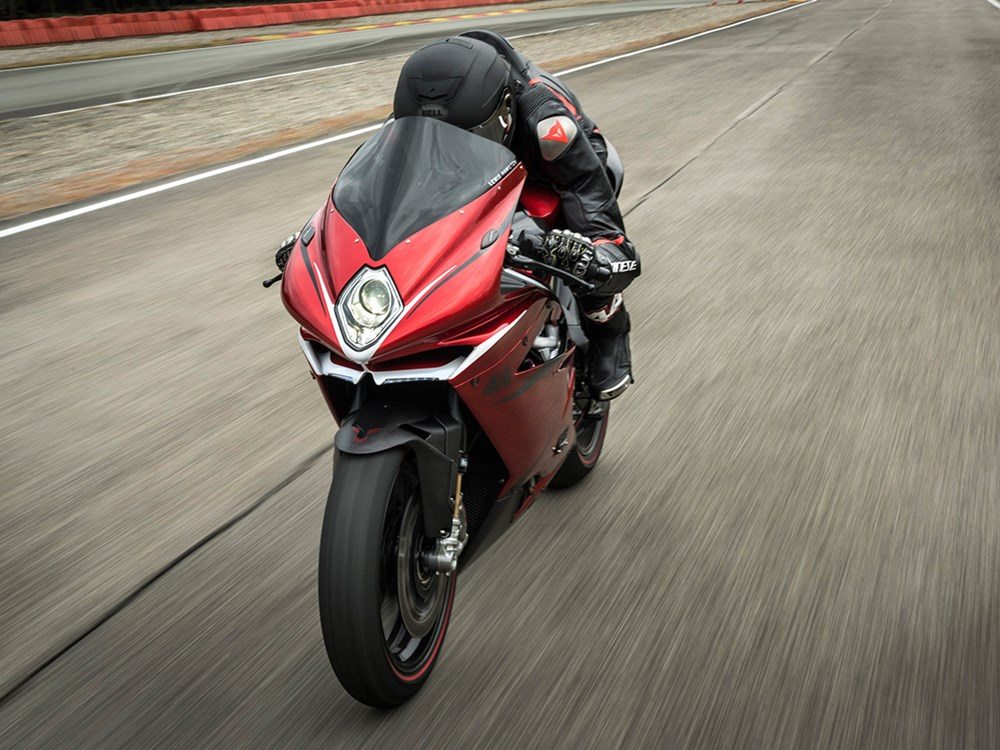 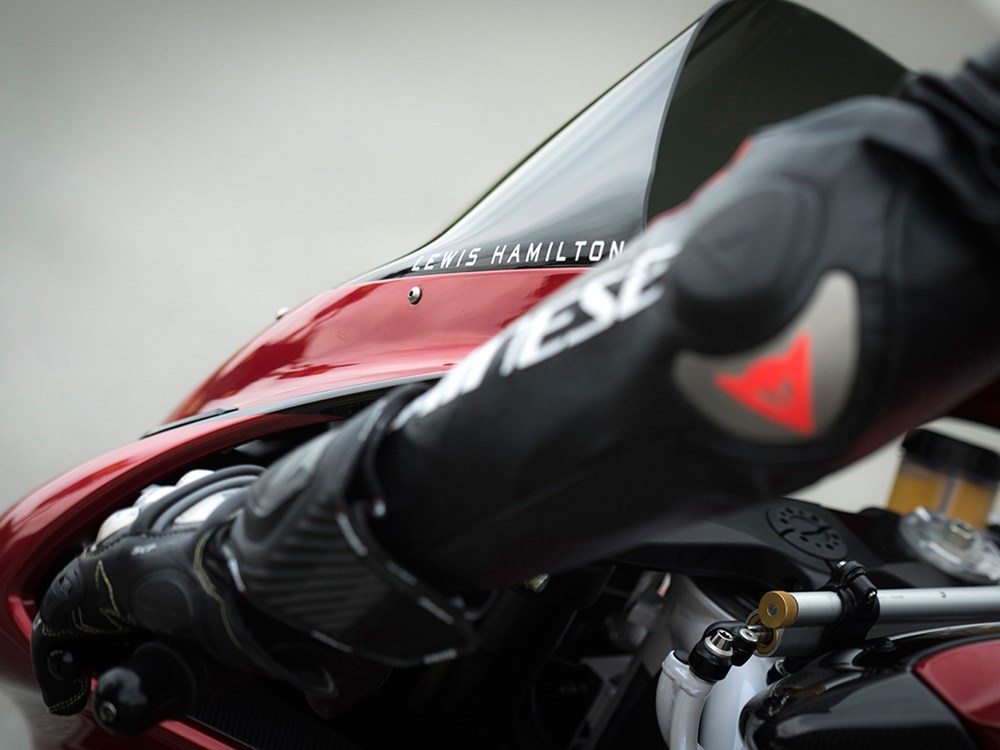 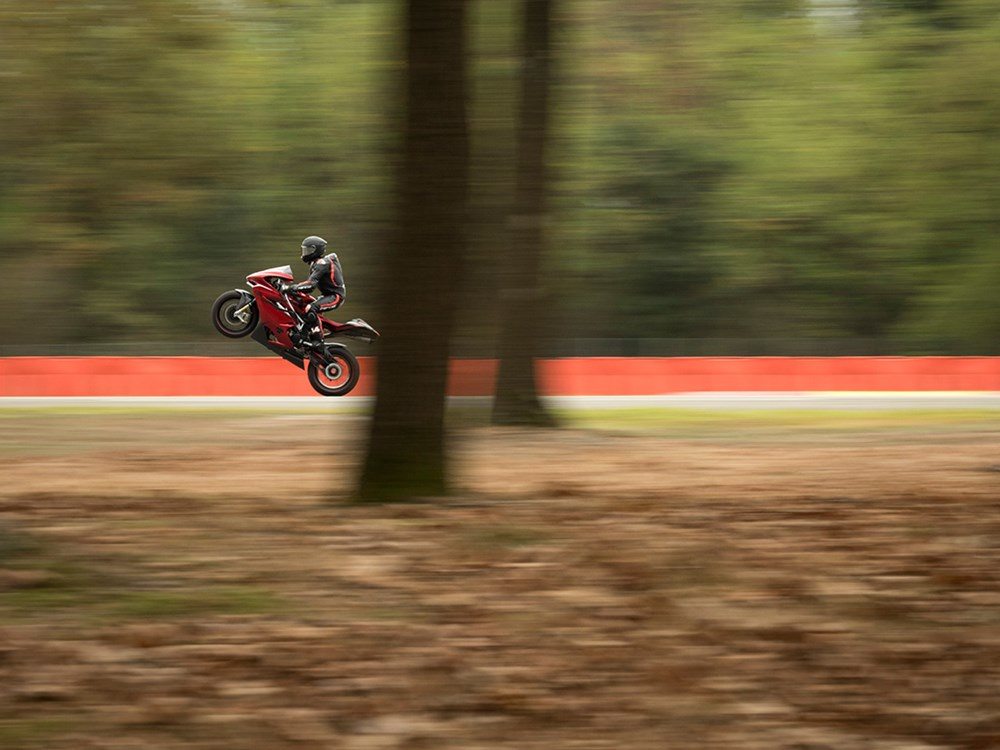 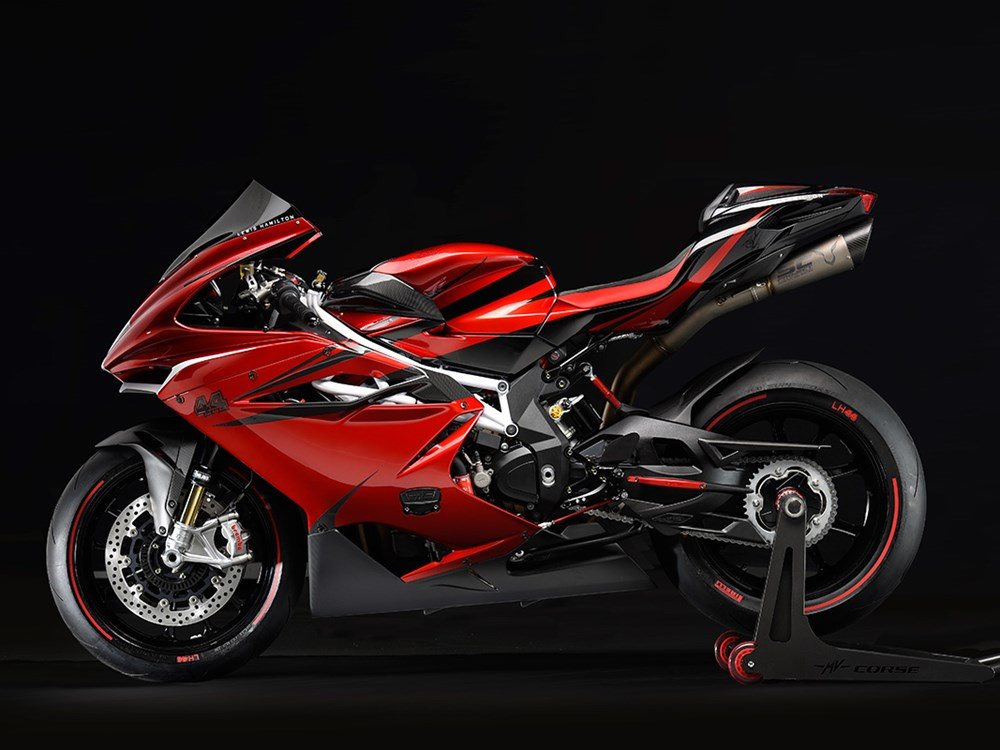 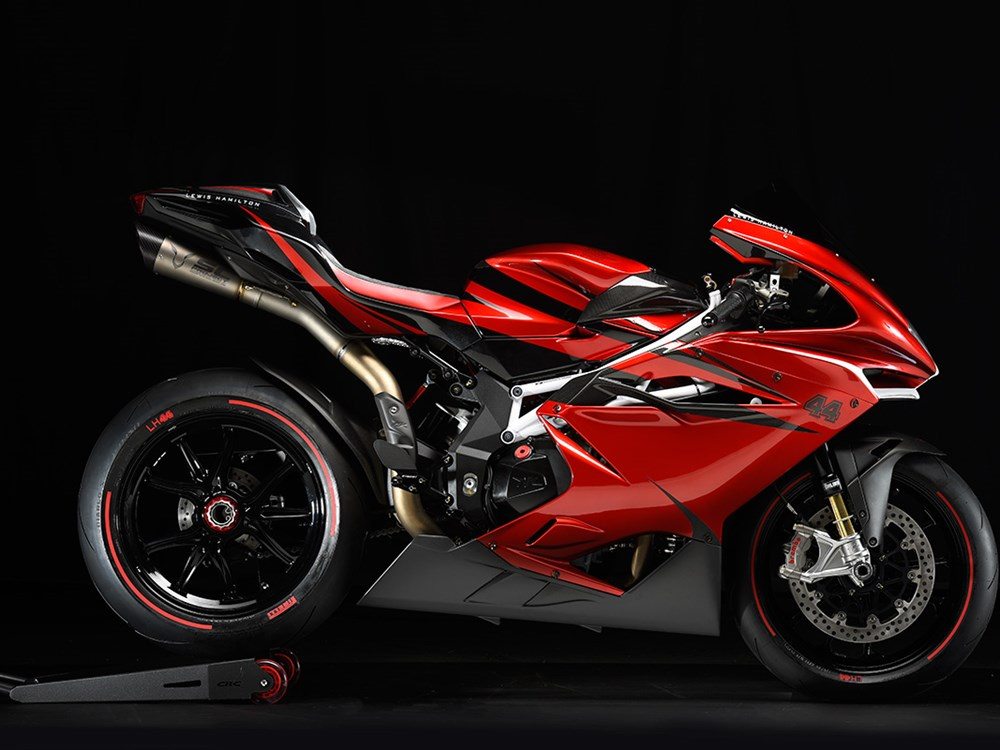 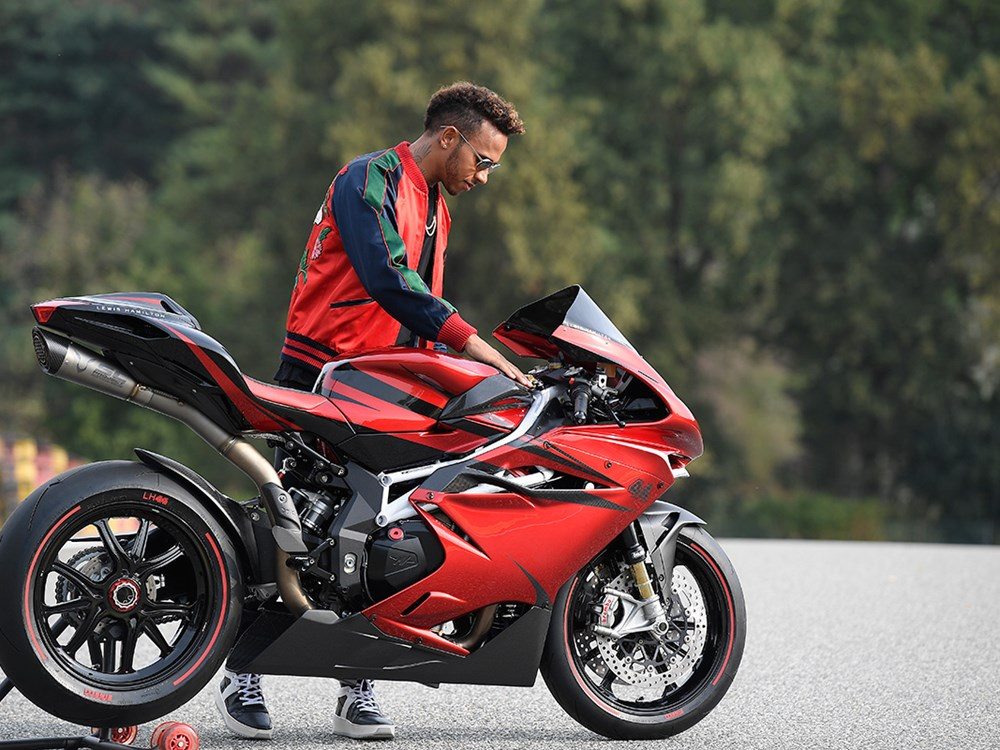