Any enthusiast worth their salt can come up with a quip about Land Rover’s reliability, but there is no denying two things. They are both luxurious, and quite capable. In case you don’t believe that Land Rover is once again going to extremes to prove it.

Have you ever heard of a ‘land train’? Neither had I. Apparently in Australia’s vast open roads it isn’t uncommon to have a semi truck towing more than one trailer, of which is full of goods. These trailers support raw minerals, cows, and even equipment from town to town. Because of America’s size, we know a thing or two about long-haul trucking. So we can relate, even if we don’t use the same verbiage. So it’s not unfamiliar to see Peterbuilts and Kenworths chugging down the road with their massive diesel engines under full load.

What is amazing about the modern semi-truck is that those monstrous engines make an average of 1800lb-ft of torque, all without breaking a sweat. But Land Rover wanted to see if they could manage to put in the same work, with only a quarter of the power. And to up the ante Land Rover applied for a special license just so they could double the cargo of this particular ‘land train’. They brought the total load up to 7 full trailers, effectively doubling the length of the rig in the process. Then it was time to hook it up and see what the mighty Discovery could do.

Now, this is done by Land Rover, so there is no question that they actually pulled it off. Because if they didn’t, I’m sure we would never even hear that they tried. But what is impressive is that they were able to get the rig moving with that much weight. While it’s not ridiculous to think that they could move a rolling rig with just 443lb-ft of torque, is the fact that they didn’t break traction at all in the attempt. In fact, the Discovery’s electronics kept everything so well in check that it didn’t even seem to struggle. Just moved along like another day.

The entire stunt lasted 10-miles and went off with zero drama. We already know the Discovery is incredibly luxurious, still brilliant offroad and now it can tow a type of train. It can seemingly do everything, a testament to years of engineering. The only thing I would have enjoyed watching would be the Discovery trying to slow all that weight down because I doubt it would go nearly as smooth. But what can you expect from a car that isn’t designed to tow more than a small boat? 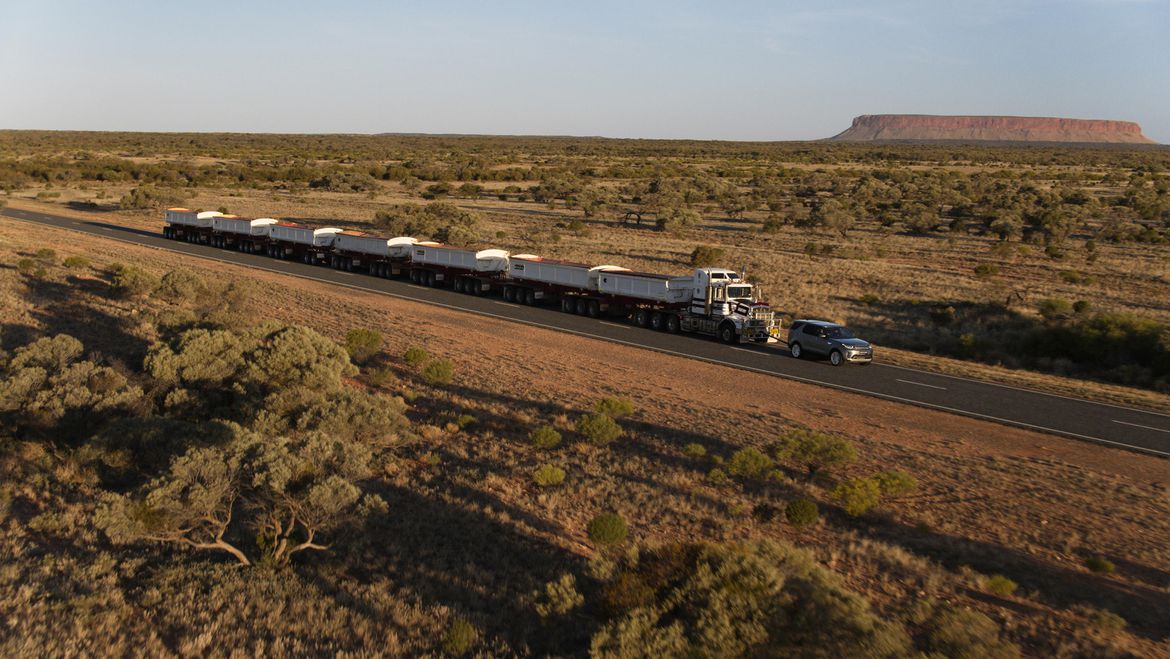 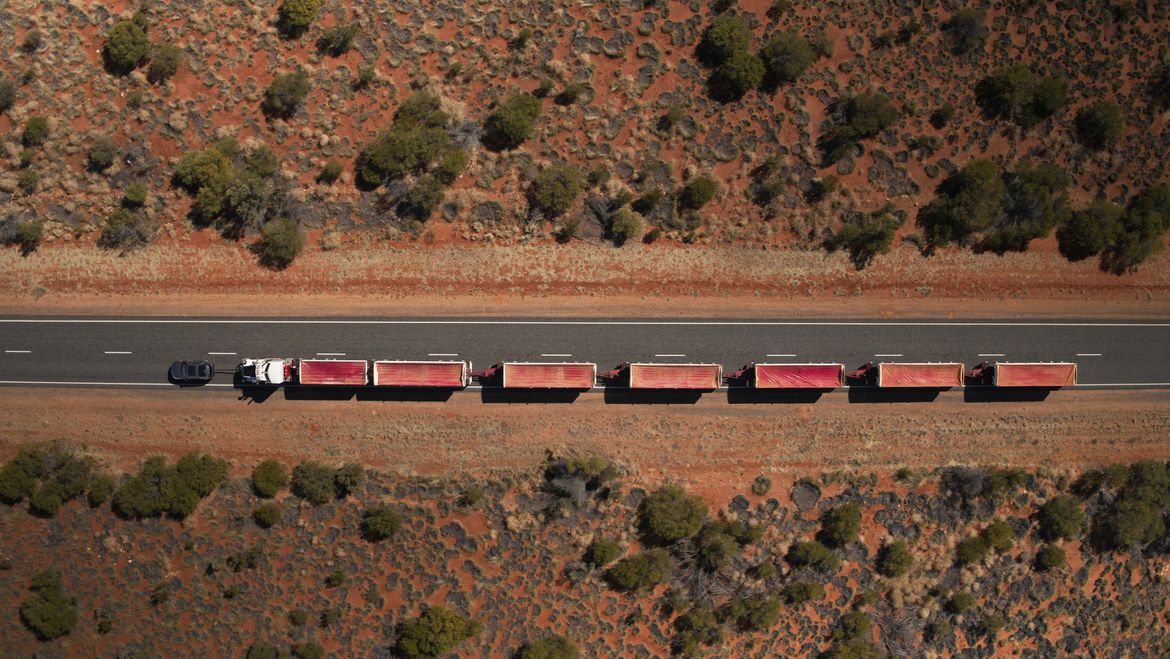 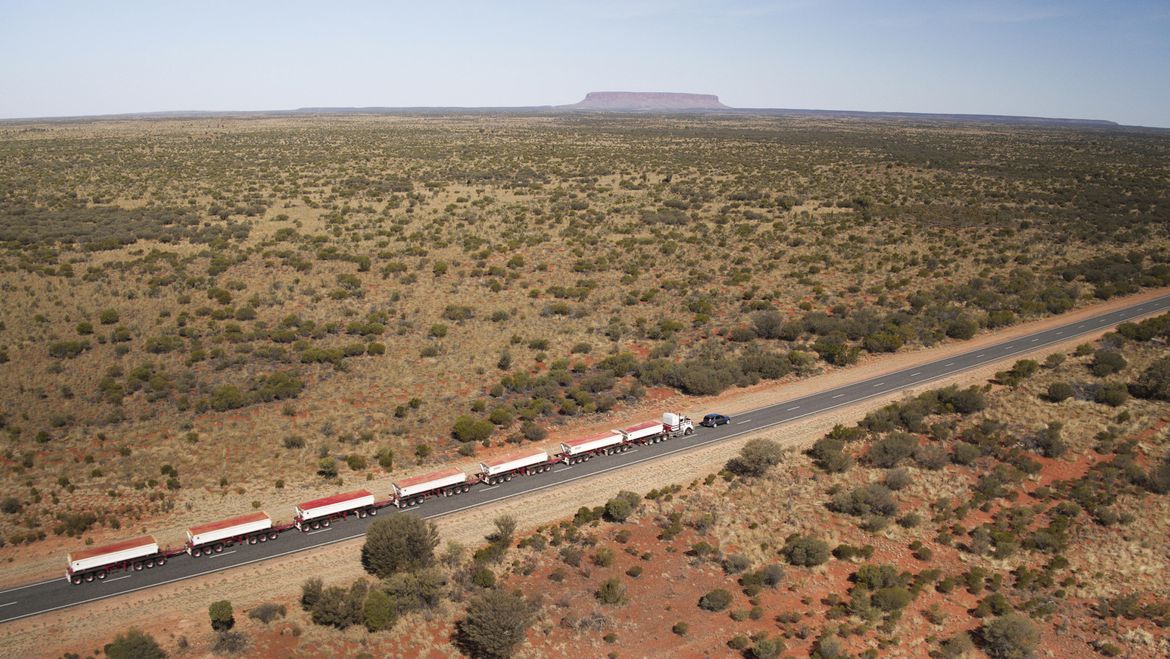 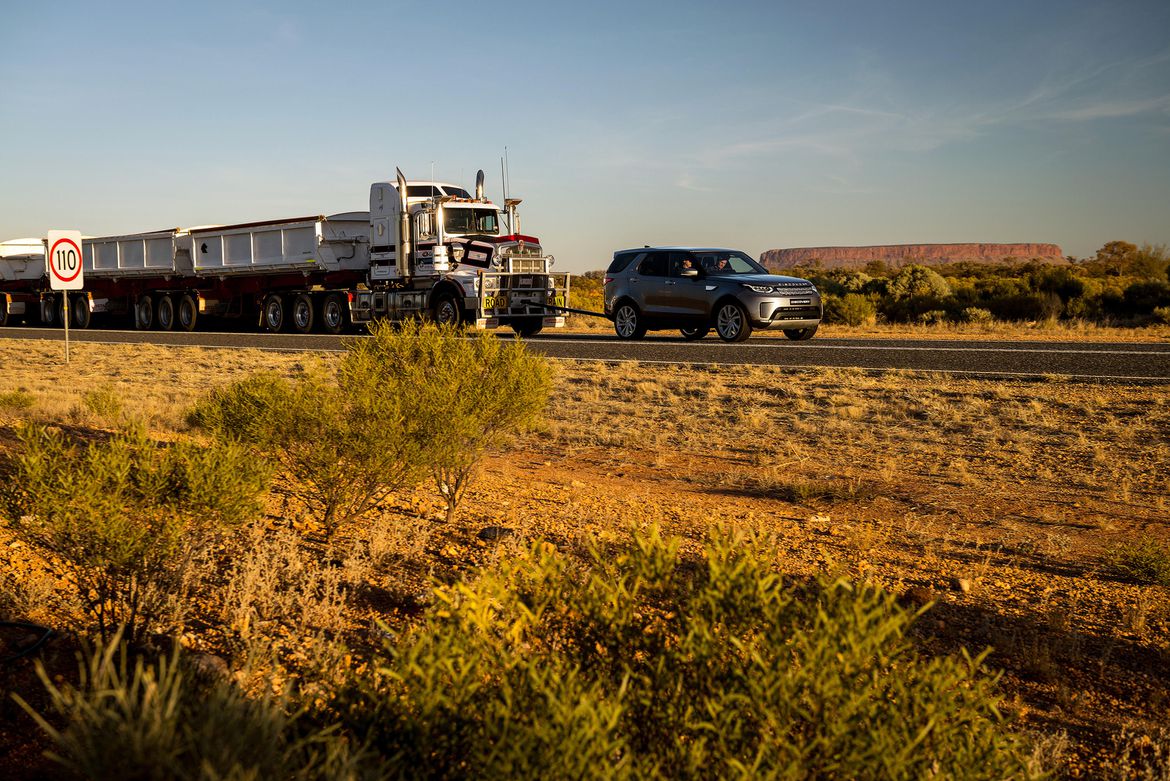 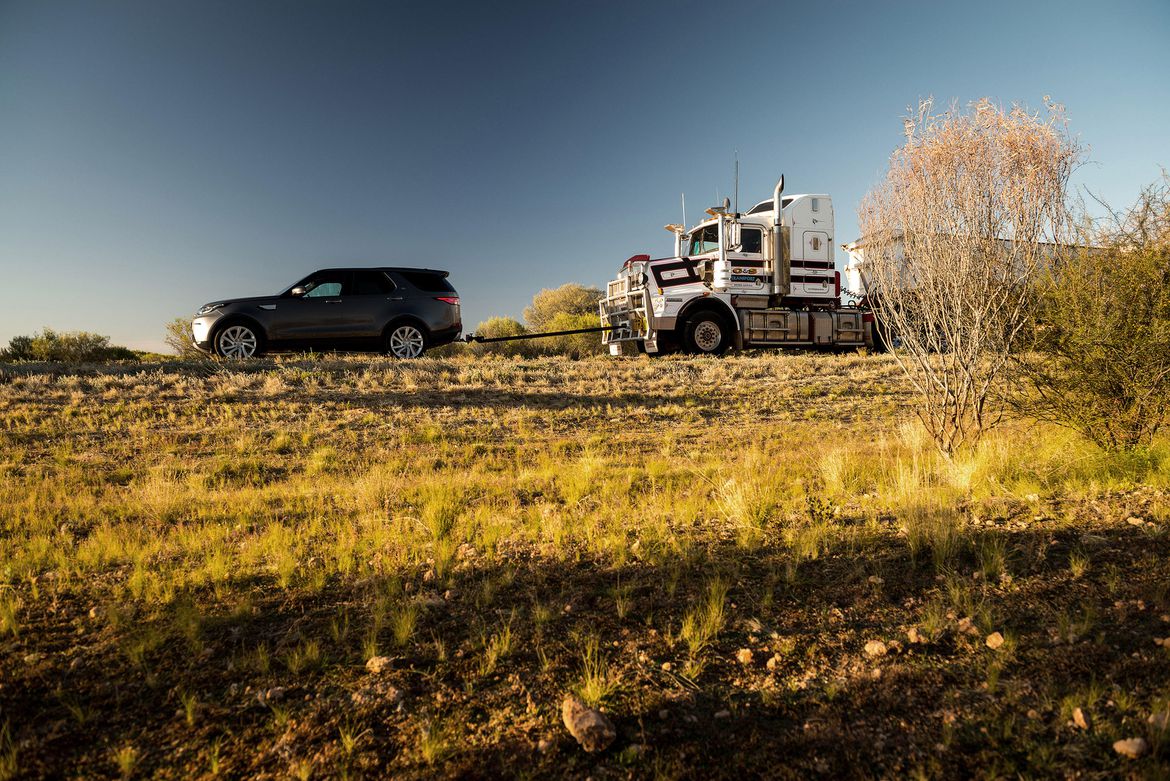 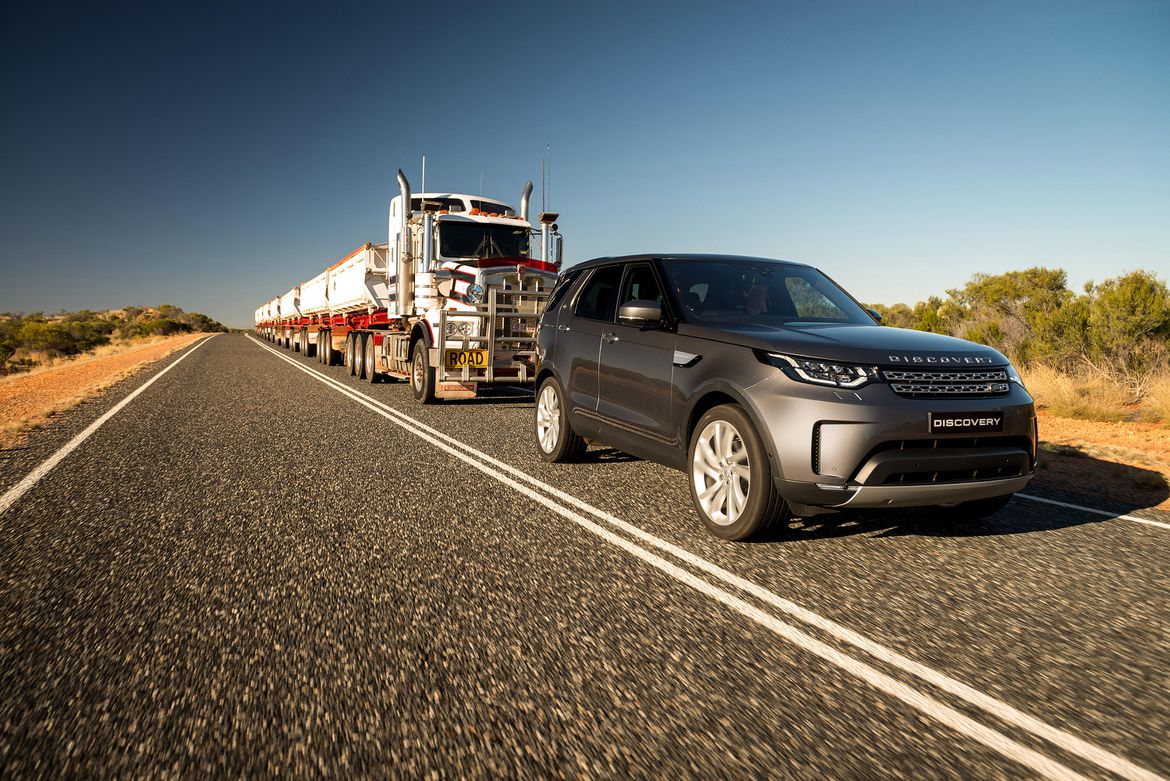 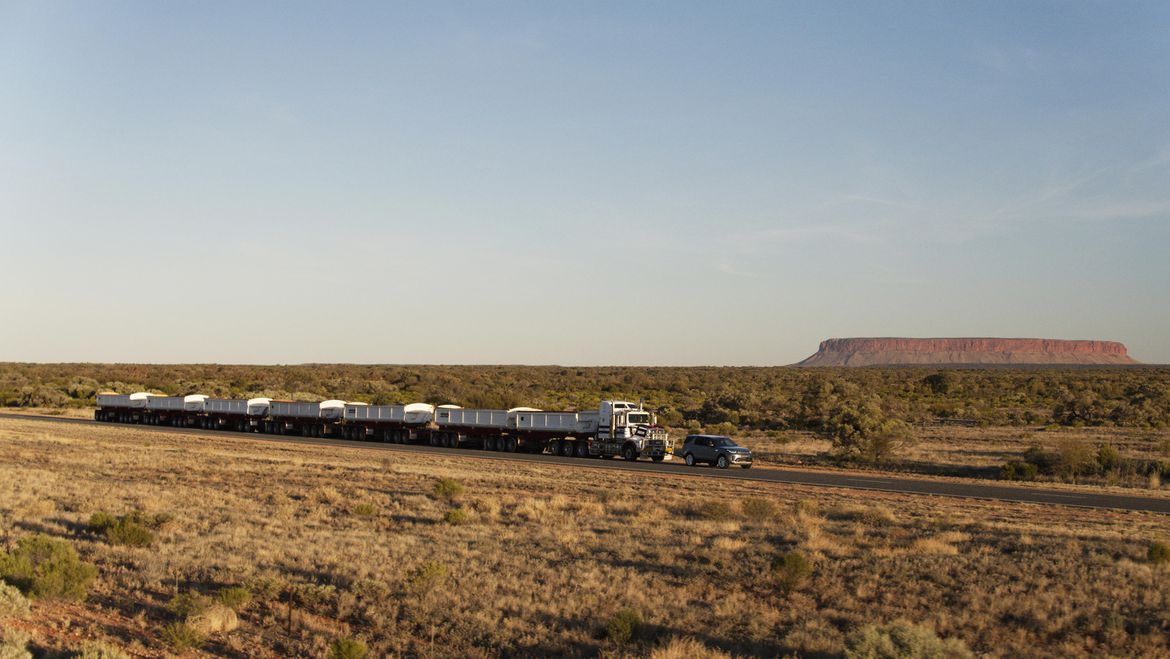 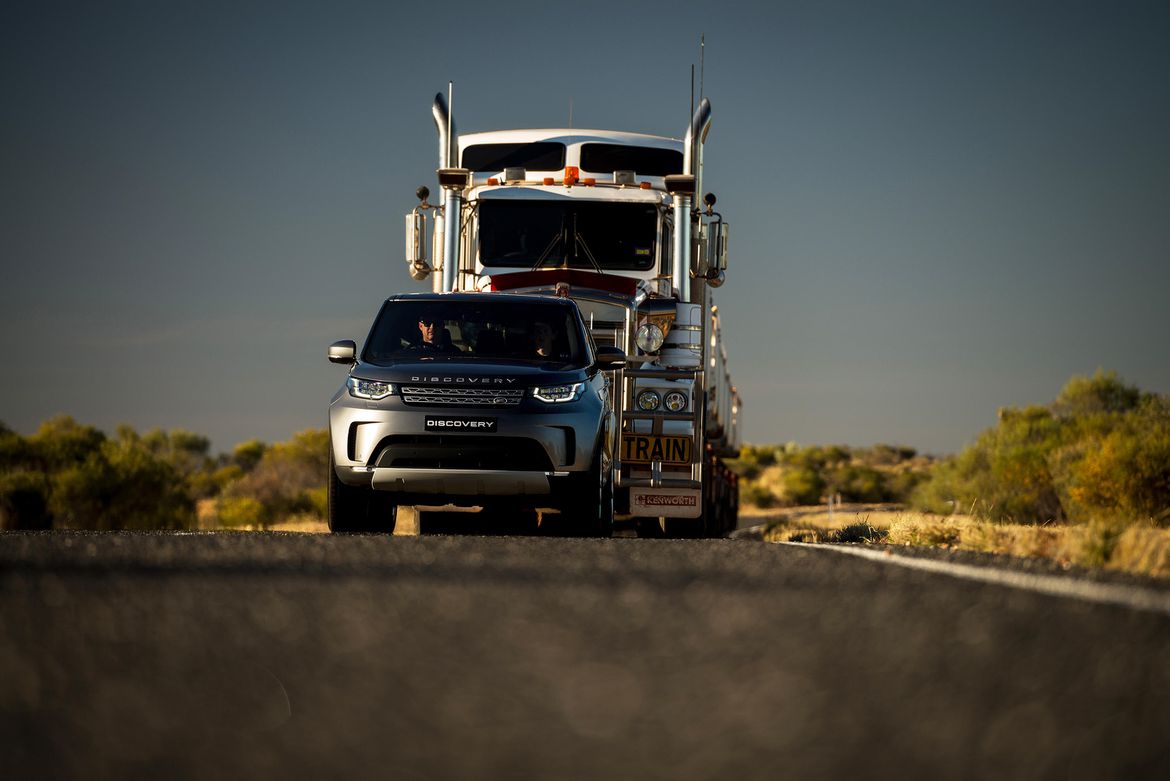