Just like most other kids growing up in the 80’s and 90’s, I would fall asleep every night looking at one of the many car posters I had hung up on my wall . These posters gave us the chance to put our dreams up on the wall to inspire us each and every day, and my dream was cars. I was always a Lamborghini kind of kid. First it was the Countach, and if you all remember the poster with the Highway Patrolman driving a gorgeous black and white Countach with a sexy woman riding a bullet bike pulled over, that was the one I remember on my wall. Then the Diablo came out and completely blew my mind, so of course I had to have a poster of that one too. Then the Murcielago came out and of course, the same thing. Each time a new model would come out, I of course would have a new favorite. And yet again, the Aventador came out and I knew my favorite had been found. Don’t get me wrong, I love the Gallardo and Huracan, but maybe because I grew up with the Countach, Daiblo and Murcielago there is just something about the big bodied V12 Lambo that might have my heart forever.

Lamborghini loves to put out a special edition every now and then just to show the world what they’re capable of. The Reventon and Sesto Elemnto are the first two that come to mind. The Reventon was released in 2008 and little did we know, it was giving us clues for the upcoming Aventador. The Sesto Elemento was another one of the best looking Lambos and honestly if it was the full size and not limited production, then the Aventador would have more competition. I haven’t forgotten about the Veneno but even though it is loosely based off the Aventador, I just never thought it was very good looking. I have loads of respect for the car with engineering involved and that wonderful 6.5L V12 tuned up to 750hp making it the most powerful Lambo. 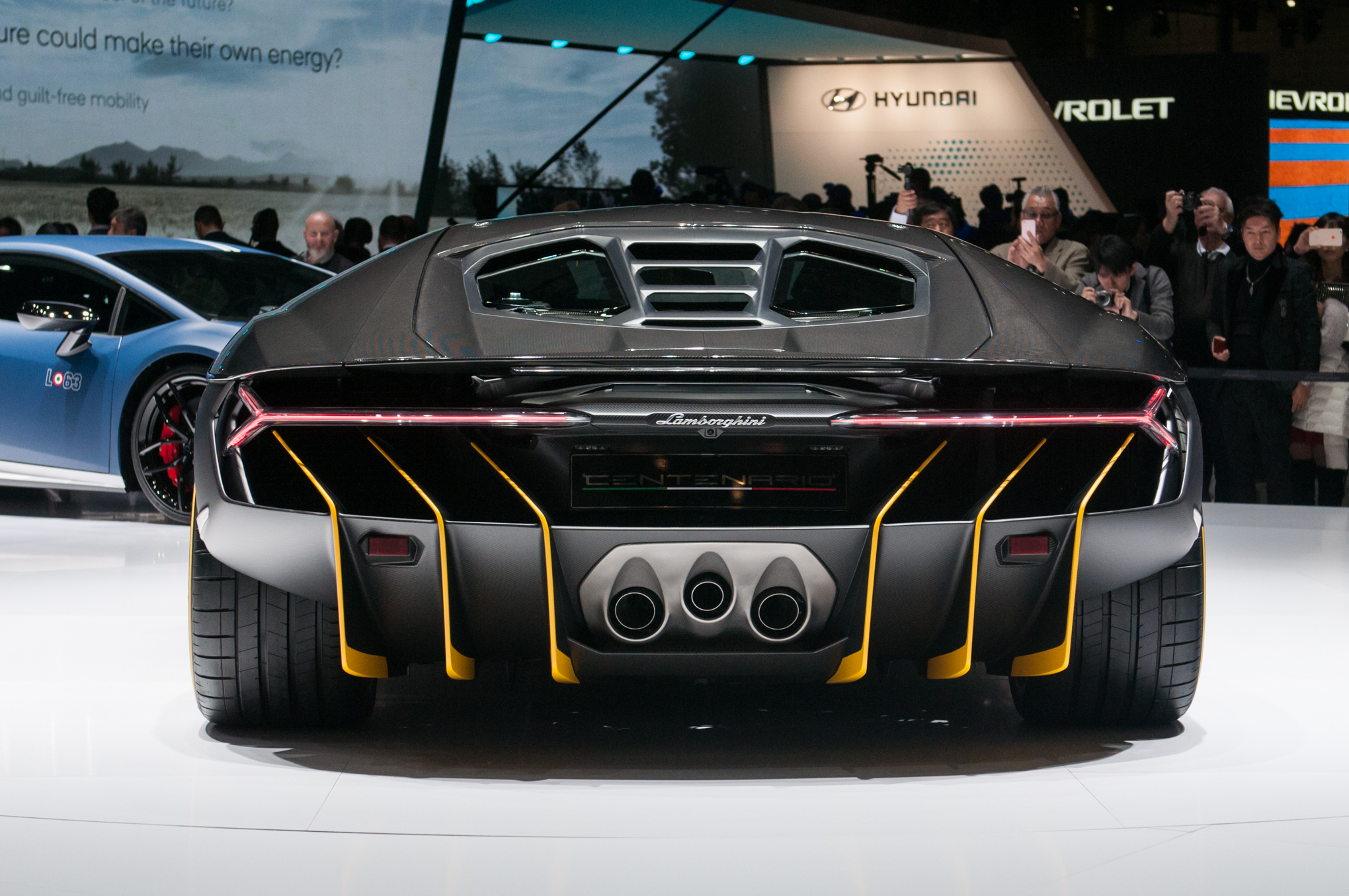 Last week at the Geneva Auto show, Lamborghini released their most powerful production car to date and they are calling it the Centenario on honor of what would have been the 100th birthday of the founder Ferruccio Lamborghini. What is said to be a limited edition, the Centenario is absolutely gorgeous. It almost looks to me like the Aventador and the Huracan had a baby. They’re using the same 6.5L V12 which is tuned up to 770hp which isn’t a drastic difference from the Veneno and the Avendator SV’s 750hp. Where the Centenario differs is weight. It only weighs in at 3,285lbs (1,490kg), which is a couple hundred pounds lighter than the SV but still a little bit heavier then the $4 million Veneno, which is totally understandable. Like most other models, the Centenario will use the an all wheel drive setup and a 7 speed dual clutch transmission to put that immense power to the ground and is projected to have 0-60 times less than 3 seconds and reach a top speed of around 221 mph. Lamborghini announced they will only be making 40 examples of this beautiful car, 20 roadsters and 20 coupes, and they wont arrive until later this year. Apparently all 40 have been sold before the first one has even been delivered, which is absurd considering the price tag is $2.4 million! 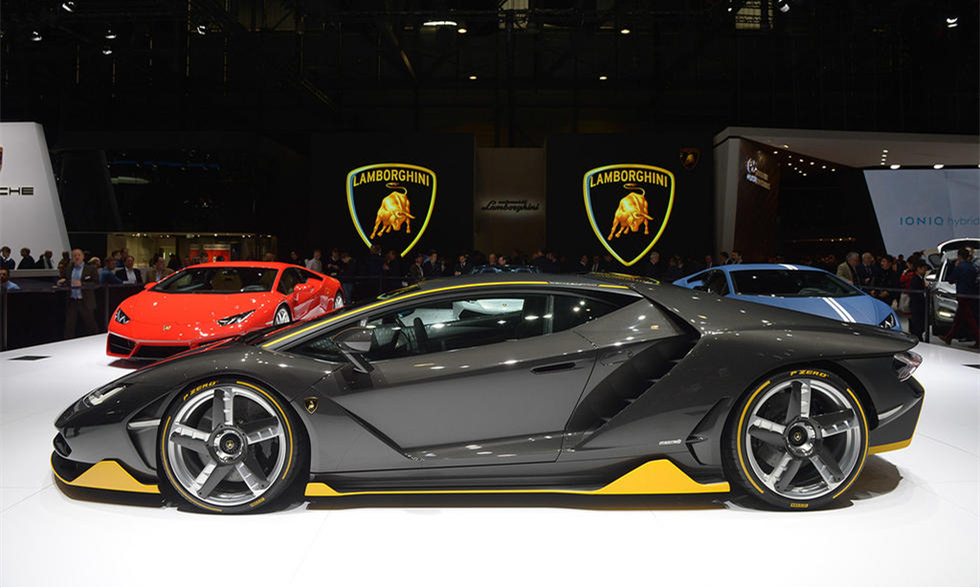 So it seems as if there will be a new Lamborghini for kids to post on their walls and fall asleep to, even if that means their Facebook wall.