Possibly the most memorable Top Gear moment of all time was when the Ariel Atom transformed Jeremy Clarkson’s face into a wind thrashed mess. So what if I told you the company responsible for the roadster also builds face melting motorcycles? Well, it’s true, and it’s called the Ace.

It really shouldn’t come as a surprise, the name Ariel is synonymous with vintage motorcycles. The company ran in many forms, but was consistently churning out two-wheeled machines from 1902 until it’s demise in 1967. In that period they produced the incredible ‘Square Four,’ aptly named after its rare engine configuration. When the Ariel name was resurrected in 1999 it was only a matter of time before we saw a new two-wheeled machine. It only took another 15 years before it became a reality, but it was well worth the wait.

The Ace is equally as radical as the original Atom, if not more so. Using a similarly designed aluminum perimeter frame, the Ace is an incredibly unique looking motorcycle. That crazy space-age frame takes an astonishing 70-hours to machine from Billet aluminum. The frame allows acts as a major styling piece, as well as offering a structural backbone to the Ace. Mated to the frame is a single-sided swingarm, as well as a minimalist rear subframe. The platform offers a lot of customization, but we will touch on that in just a moment.

Staying true to their original resurrection, Ariel elected to use a Honda engine to power the Ace. However, unlike the Atom the Ace is using an engine that wasn’t critically acclaimed as a smashing success. The 1237cc V4 is a direct transplant from the infamous VFR1200F. It’s a surprising engine to pick, not because it’s at all bad, but because the VFR was such a flop. With a long-running lineage, the VFR750’s and 800’s are considered some of the greatest sport-tourers one can buy, but the 1200 didn’t get the same reception. Instead, the VFR1200F was bashed for its size, its styling, and most of all its transmission option. While you could always get a standard manual, it was the push button DCT transmission that had a lot of folks talking. While that technology has since been accepted, the VFR1200F will go down as one of Honda’s most controversial machines ever produced.

So, was it a mistake to pick the big V4? Absolutely not. The Ace was never intended to be an all-out assault on speed. Instead, it’s meant to be a do it all machine, and the V4 powerplant fits the bill perfectly. The engine produces 173hp in stock trim, with 96lb-ft of torque to go along with it. The newest ‘R’ model offers an even beefier 201hp version of the same engine, with the torque jumping up an additional 13lb-ft. Not bad for a bike sitting around 500lbs wet. Speaking of the ‘R’ version, let’s talk a little bit about options.

Ariel understands folks like to be picky when it comes to their perfect machine. Really picky. And apparently, they don’t mind, as they have made the Ace into one of the most customizable machines on the market. Seriously, you and I could each build an Ace and they likely wouldn’t look anything alike, thanks to the radical options. Ariel options 4 different seating options, 3 tanks, 2 rear-guards, and an astonishing 3 different fork types. And that isn’t even the full list. The one that really resonates with me is the 3 different fork options because this isn’t just a cosmetic option, it very much changes how the bike rides. You can get your Ace with either a set of Showa, Öhlins or a rarely seen Girder front end. While I would easily elect to have the Öhlins, I can see some serious potential with the Girder front end, if only for the cosmetic appeal.

Ariel is also offering the Ace with either the DCT transmission or the standard manual, hopefully, we all agree the DCT is not needed. But if you do elect to go with the clutchless transmission (you really shouldn’t) you even get the option of what custom engine guards you want. That is a thoughtful build process. Once you have selected your build sheet you can simply fork over $27,000 and Ariel will happily start building your custom Ace. Ariel says that each Ace will be built exclusively by one tech, adding a personalized touch. They have even gone as far as saying that you can visit the factory as your bike is being constructed, and chat with the person undertaking the build. That’s pretty amazing when you think about it.

But say that isn’t quite enough, maybe you need something more to stir your fancy. That is exactly where the ‘R’ comes into play. As we’ve mentioned the ‘R’ received a more powerful engine than the base model, upping the power to a plentiful 201HP. But more than that Ariel has also changed the frame to really bring the ‘R’ to life. A steeper head angle gives the ‘R’ sharper steering, and the overall structure has been lightened while maintaining stiffness. The options for the ‘R’ are lessened all in the name of speed, with the bodywork going full carbon to save a massive 65% in weight. Even the wheels are carbon, eliminating rotating mass. And finally, the team utilized all titanium fasteners to further drop the lbs. There are no numbers claimed on how much lighter the ‘R’ is over the base model, but my guess is that it’s significant.

Like all things in life, you have to pay to play. While the base model Ace isn’t what I would consider ‘cheap,’ the ‘R’ is an exorbitant amount of money. Brace yourself, because the Ace R comes in at $67,000, before customization.

Truth be told, there are likely more capable machines on the market for a substantial amount less than the Ace, but none of them come with the level of personalization that Ariel is offering, and that is worth its fair share in gold. Pair that with a bulletproof Honda engine, and a frame that is unbelievable cool and you have yourself an ‘Ace’ in the hole. 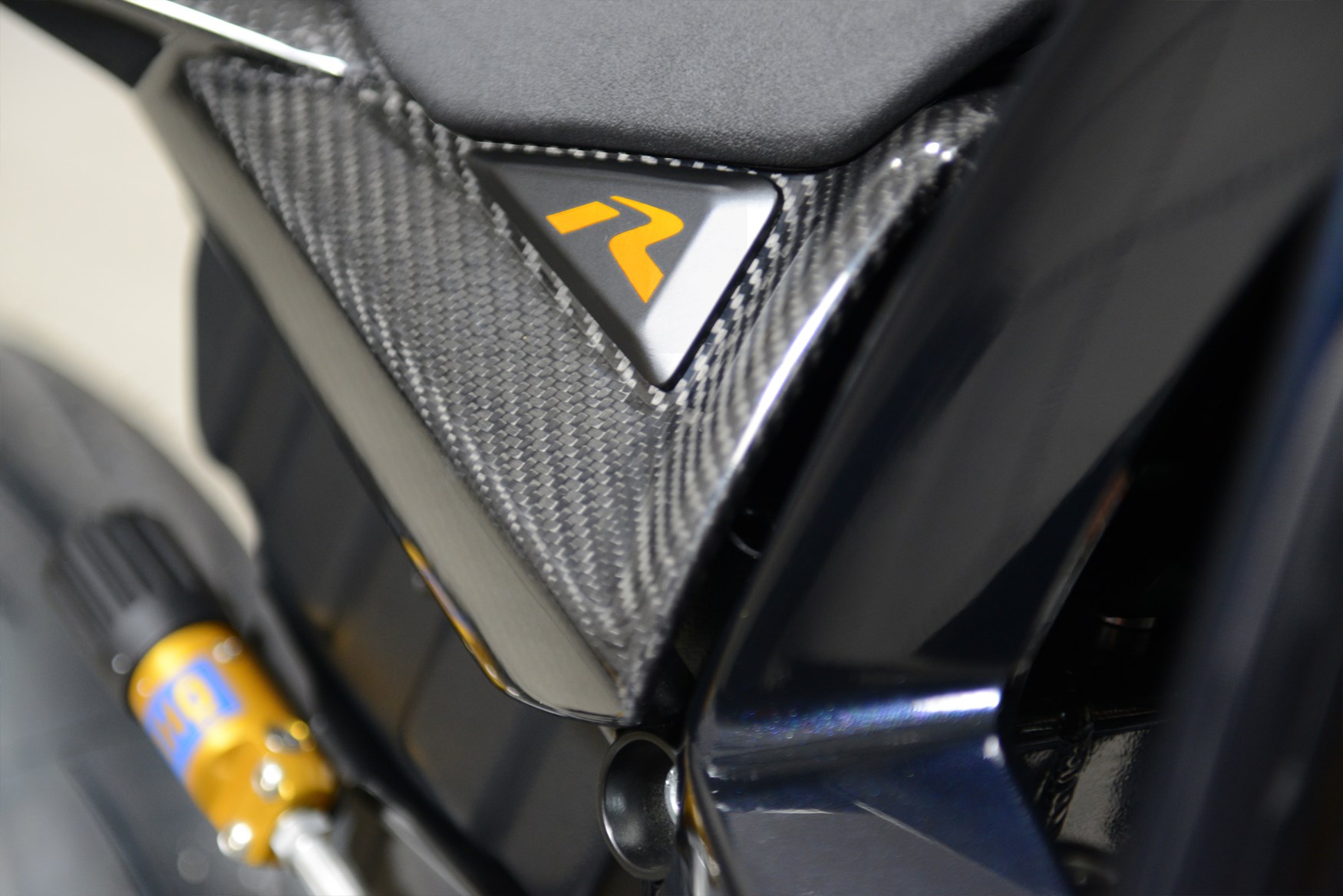 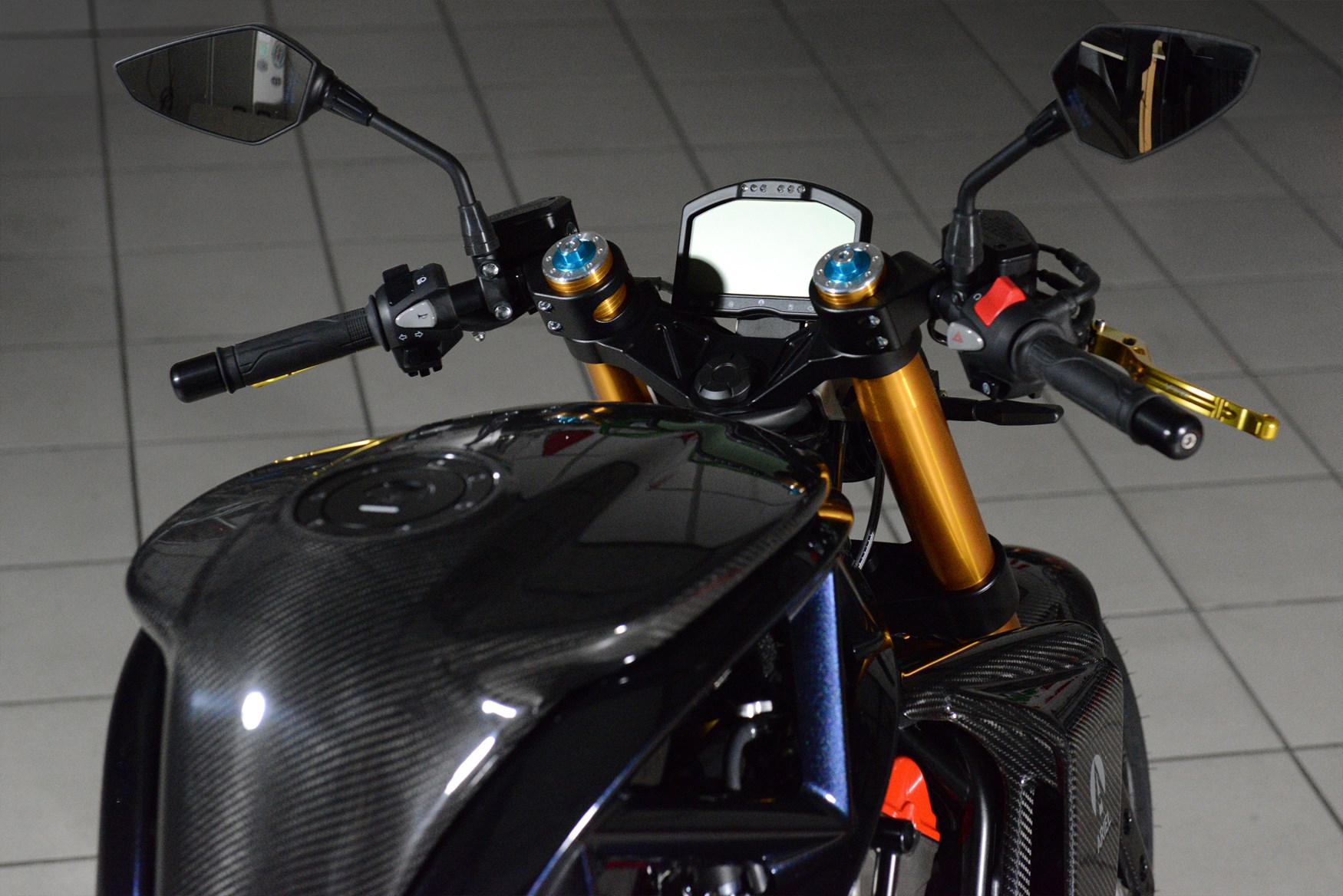 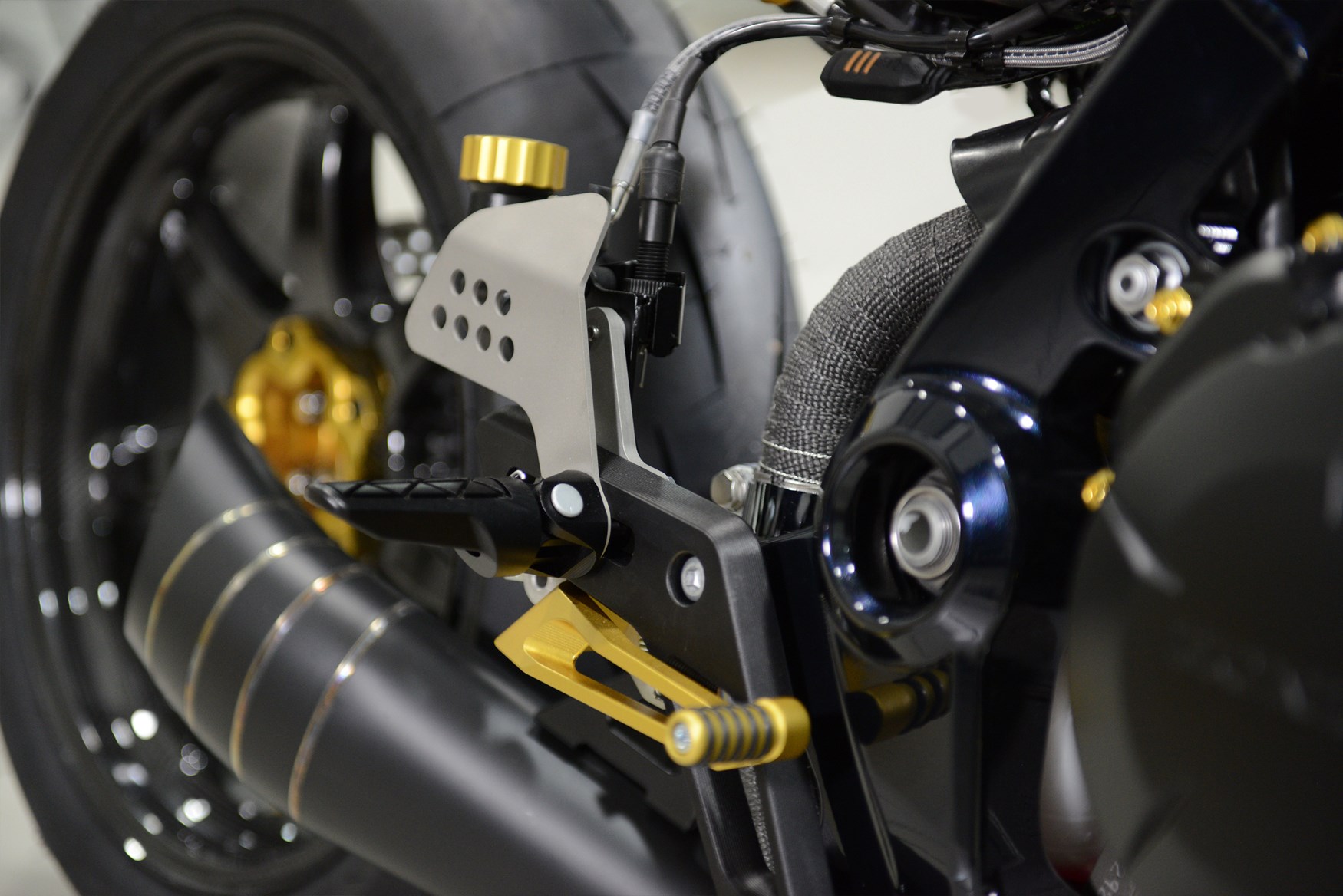 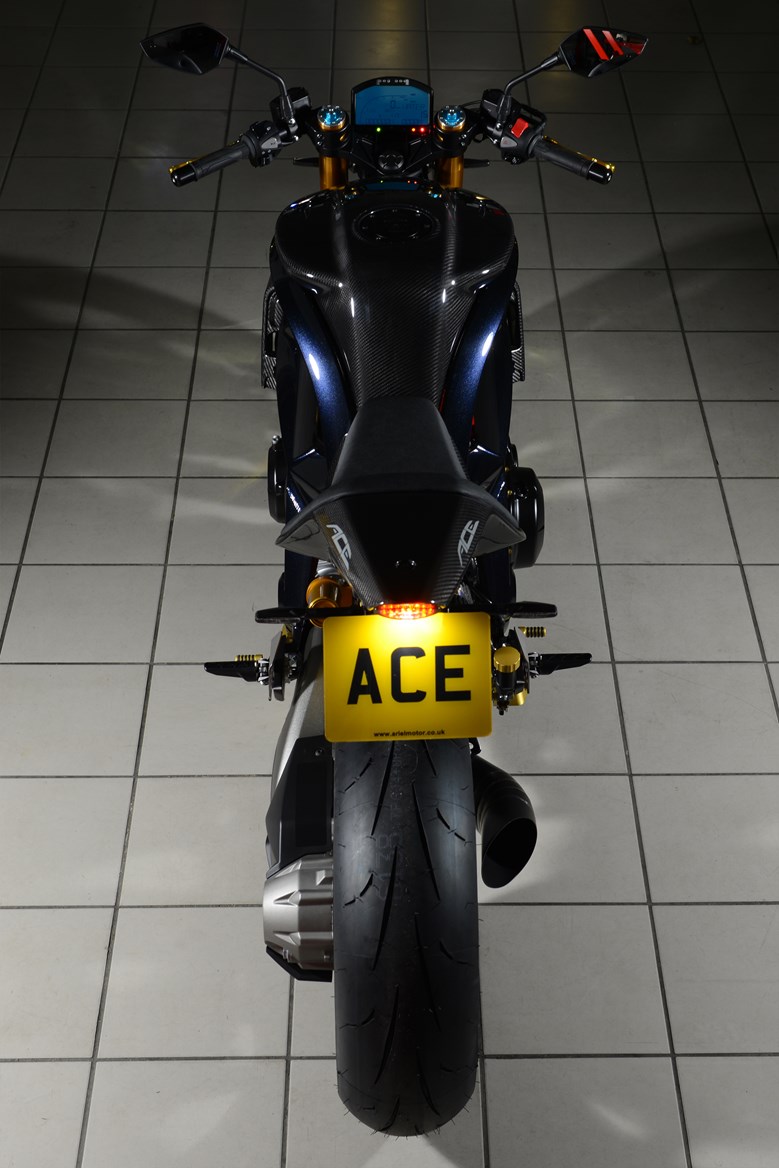 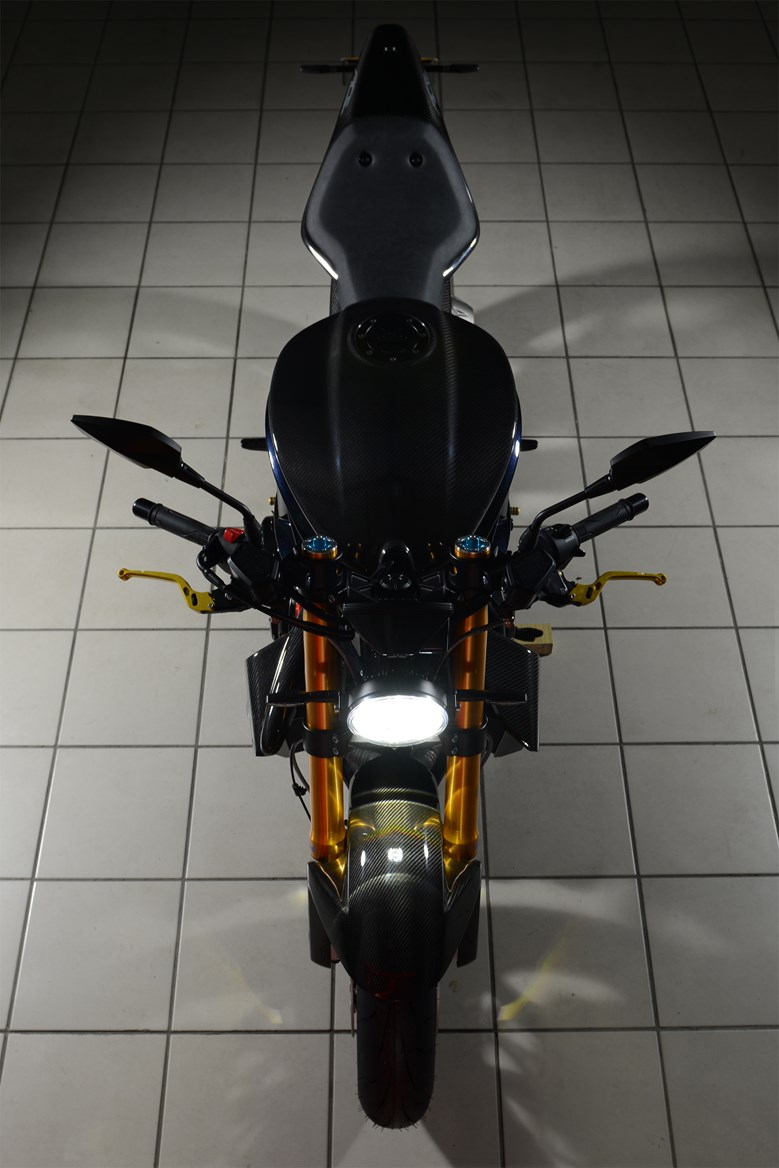 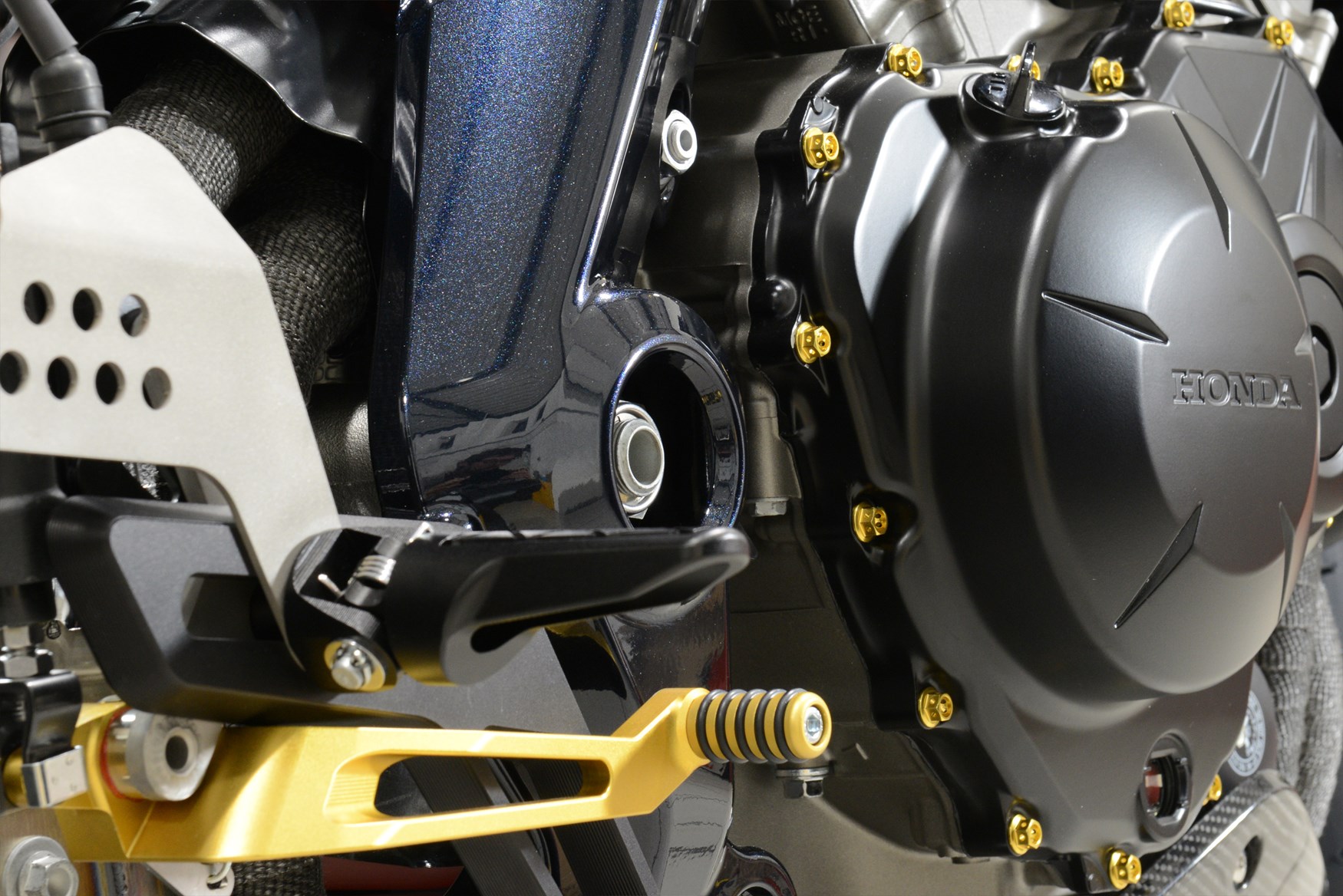 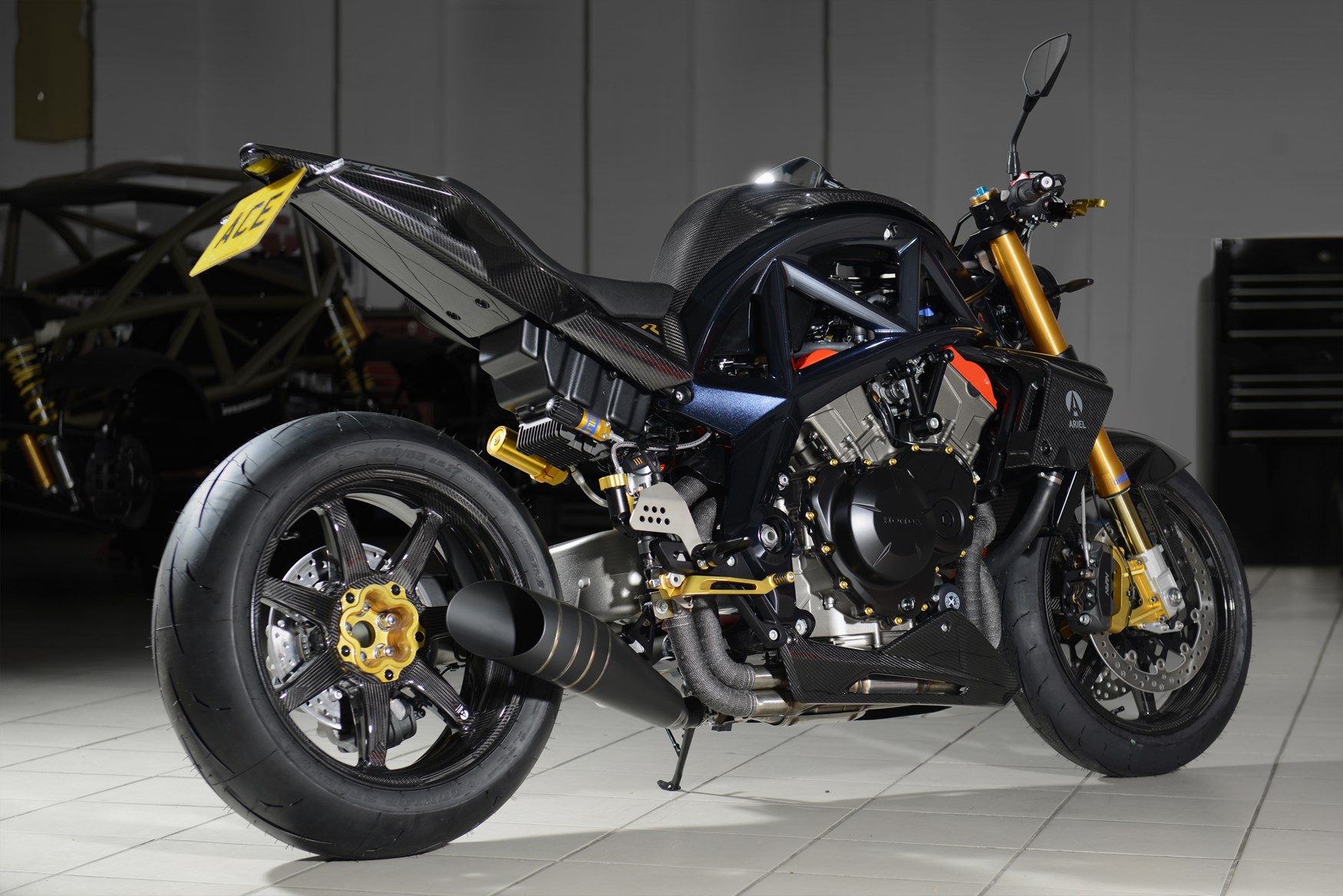