Say what you will about Harley-Davidson but there is no denying they make a versatile machine. Of course I’m not talking about stock form. But with some hard work the Harley engine can be put into just about any application, and it actually works quite well. Just take this Cafe Racer from JSK Customs as proof.

The Sportster in particular is one of those machines that lends itself perfectly to transformations. The engine and transmission combo is relatively compact, allowing it to mold into any project. We’ve seen Harley Davidson scramblers, bobbers, choppers, trackers and of course cafe racers. But none of them have looked quite like JSK Custom Designs own ‘Ivory Comet.’

‘Ivory Comet’ is the end result of clever ingenuity, mixed with some seriously hard work. Company founder Samuel Kao started building bikes in 2010. Since then he has been on a rampage of beauty. When he started ‘Ivory Comet’ he knew two things, he wanted to make a ‘modern retro’ design, and the wanted a Harley engine. Done and done. Once he started mocking up the idea he knew he had to stick to some classic cafe guidelines saying, “One is to have the front fairing, gas tank, and rear cowl lined up in a horizontal line parallel to the ground. Another is to have the rear axle aligned with the tail, and of course, the duck-tailed rear cowl.”

Kao started working with a rubber mounted Evolution engine and frame. With all the accessory components gone it was time to find all new hardware. Because classic cafe styling was the direction of the project one name came directly to mind, Ducati. That’s right, you are looking at a Harley Davidson, Ducati hybrid. The Ducati in question is the beloved 916, one of their greatest models to date. The Duc donated its forks, shock, rear swing arm and brakes to the cause. While the components bolted up easily to the mostly stock Sportster frame, the hardest part became locating wheels. Because Kao insisted on wire spoke wheels it took months to find someone willing to actually build them. He eventually found a company in Europe that as happy to oblige, giving the ‘Ivory Comet’ a rolling chassis.

Then it was on to bodywork. Kao says, “At the beginning, there were several fairing designs that were considered. Since I want to use a Harley Davidson engine I believe it will be a shame to cover it, so for the final version of the fairing design I have it completely exposed.” I couldn’t agree more. It really is Harleys biggest claim to fame, their aesthetics. IF you are going to use one of their engines, you better show it off. To build that perfect bodywork Kao used some seriously old school tech. He designed the entire shape with wood and finished it up by forming the sheet metal to it. The entire process took over a year to complete, with results well worth the wait.

While I wrongly assumed the name came just from the color, it actually has a much deeper meaning to Samuel Kao. “The origin of the name “Ivory Comet” includes “Ivory” for the pursuit of elegance, and “comet” for the feeling of overwhelming power and grace that comes from a speeding comet. To represent these feeling together, I chose the colors: red, white, black, and gold. Using white as the main color to tone down the louder colors and to fulfill the feeling of elegance,” says Kao.

There is no denying in a world swimming with custom Harleys, Kao’s creation stands out like only a flying comet truly can. 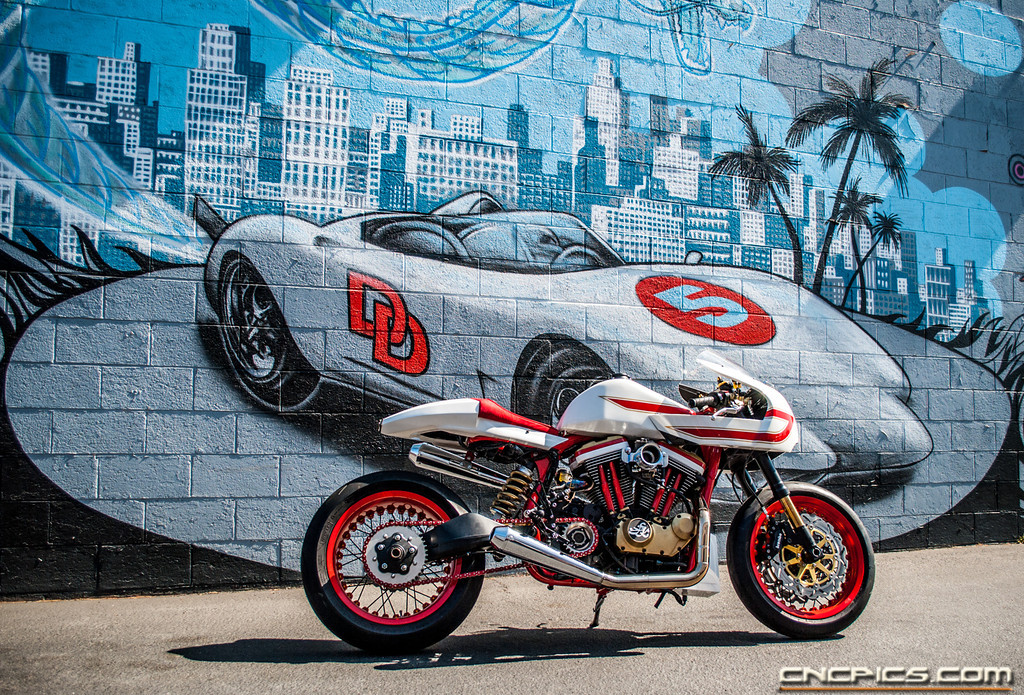 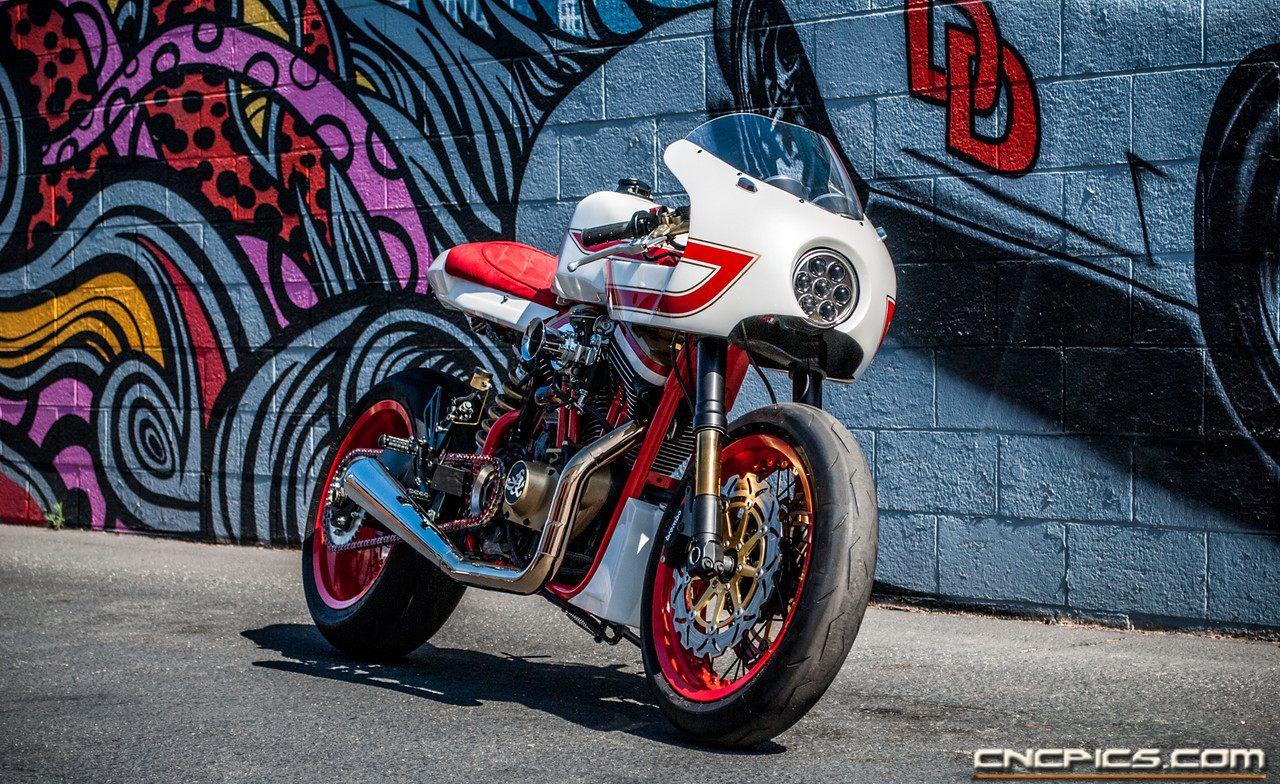 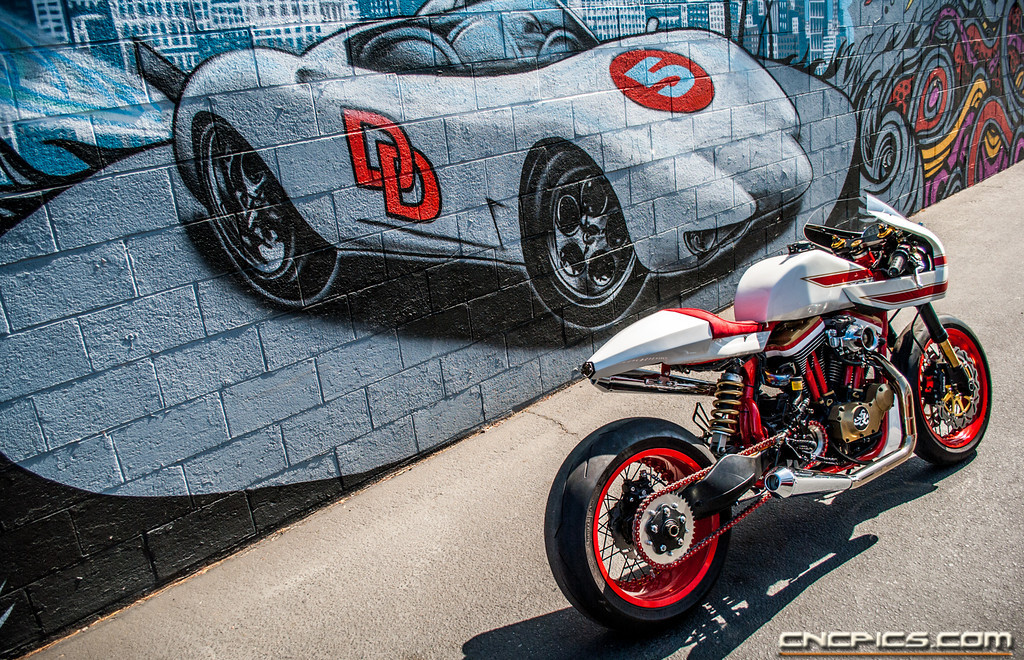 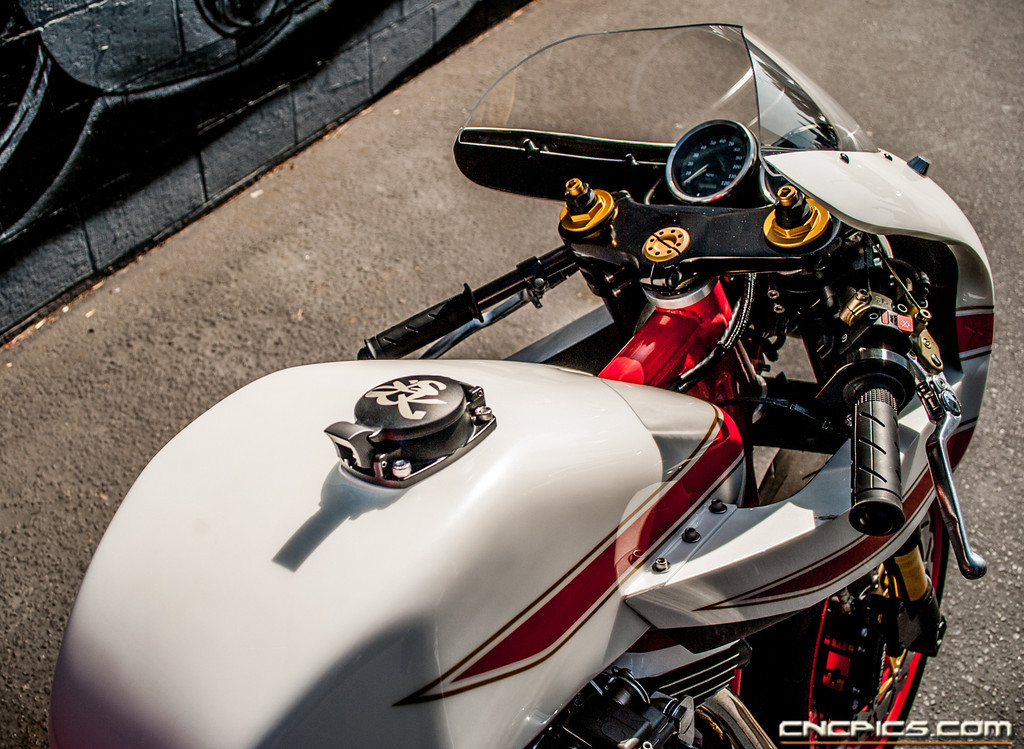 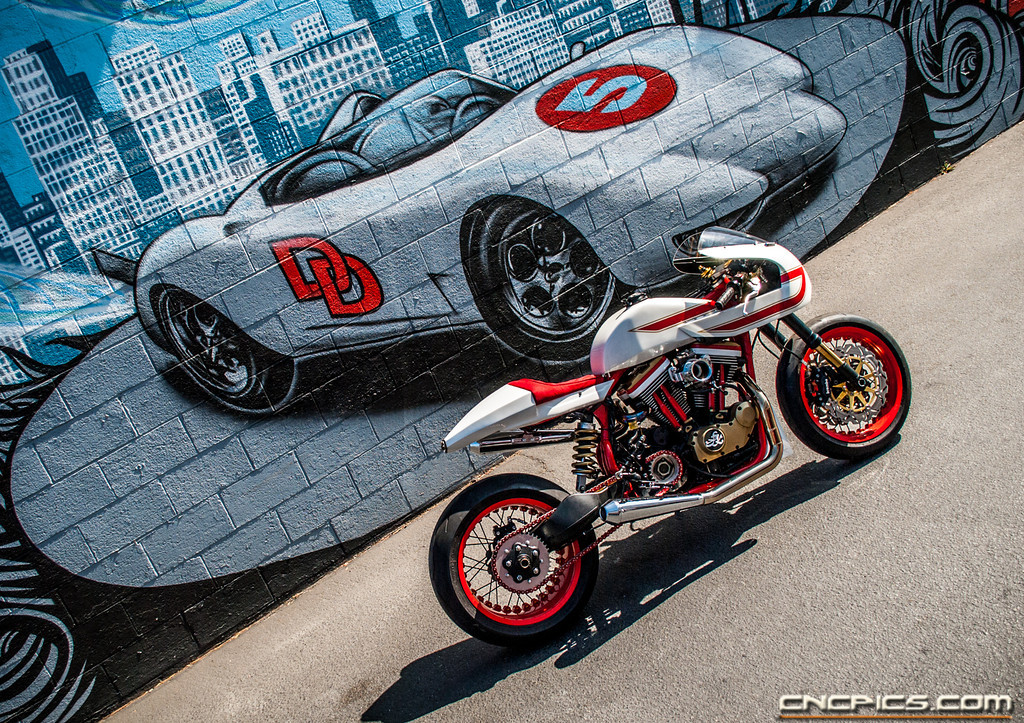 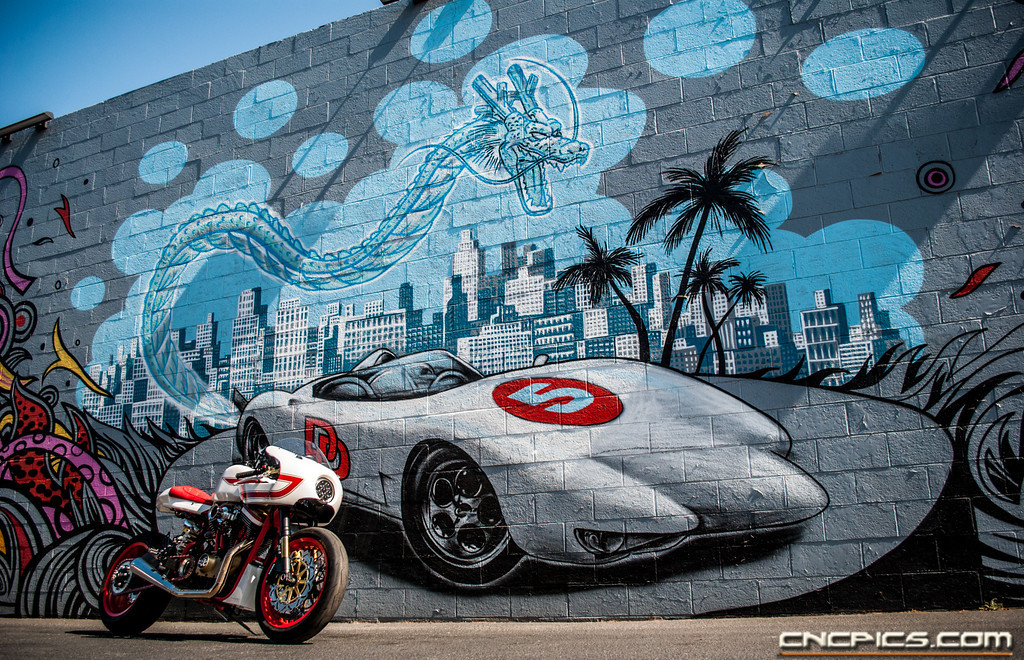 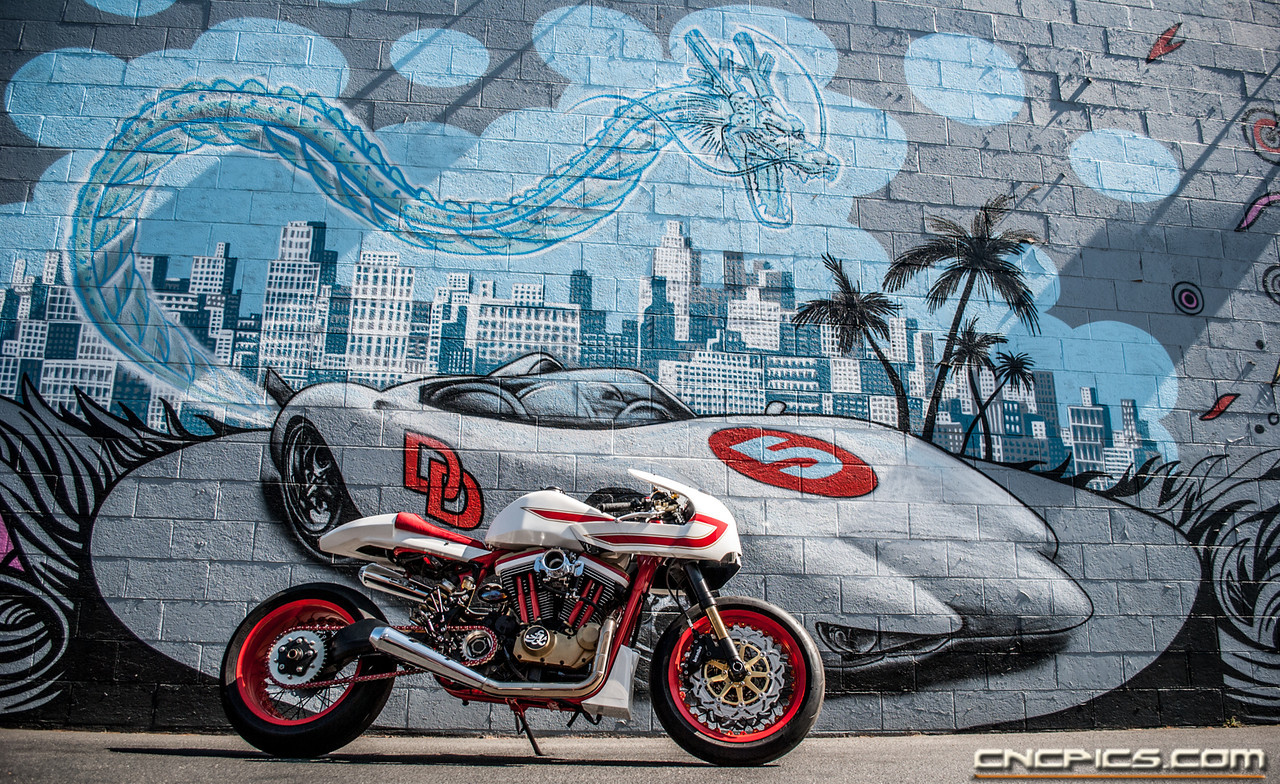 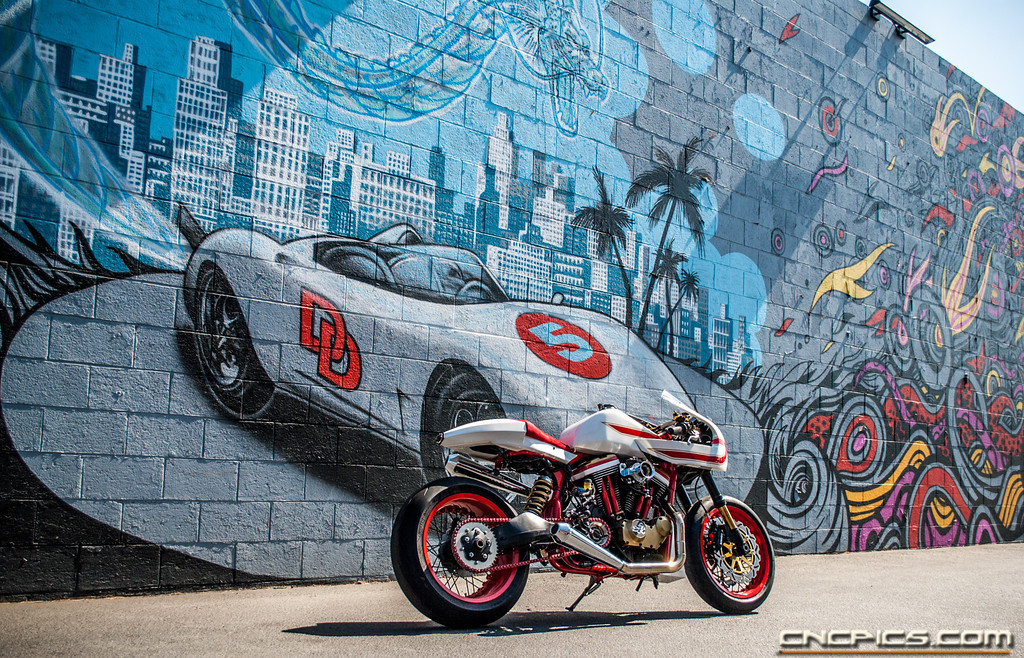 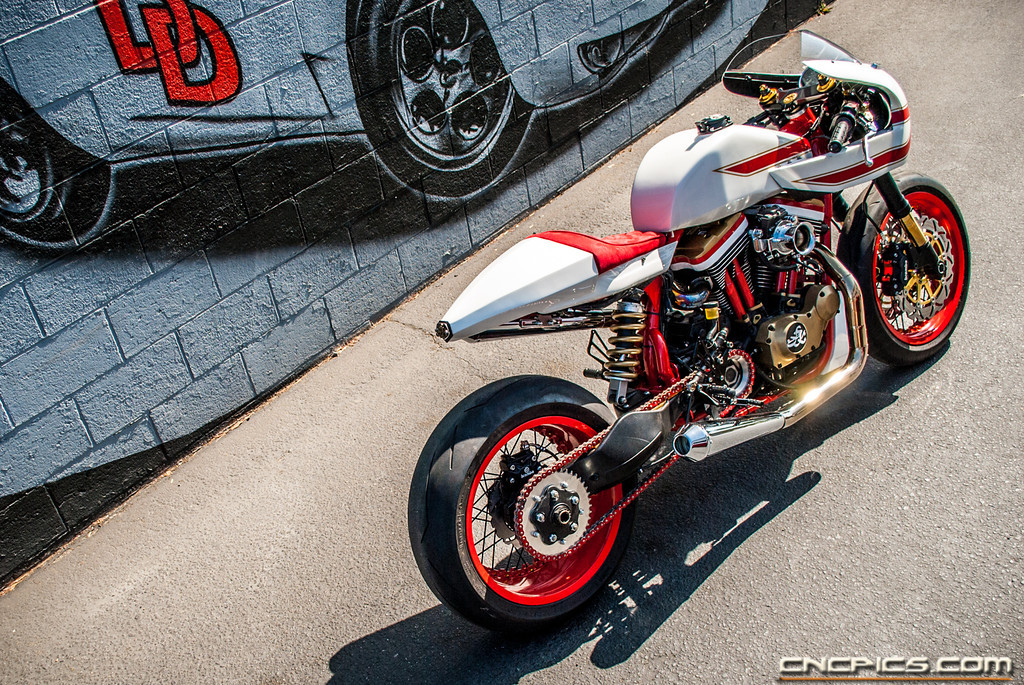 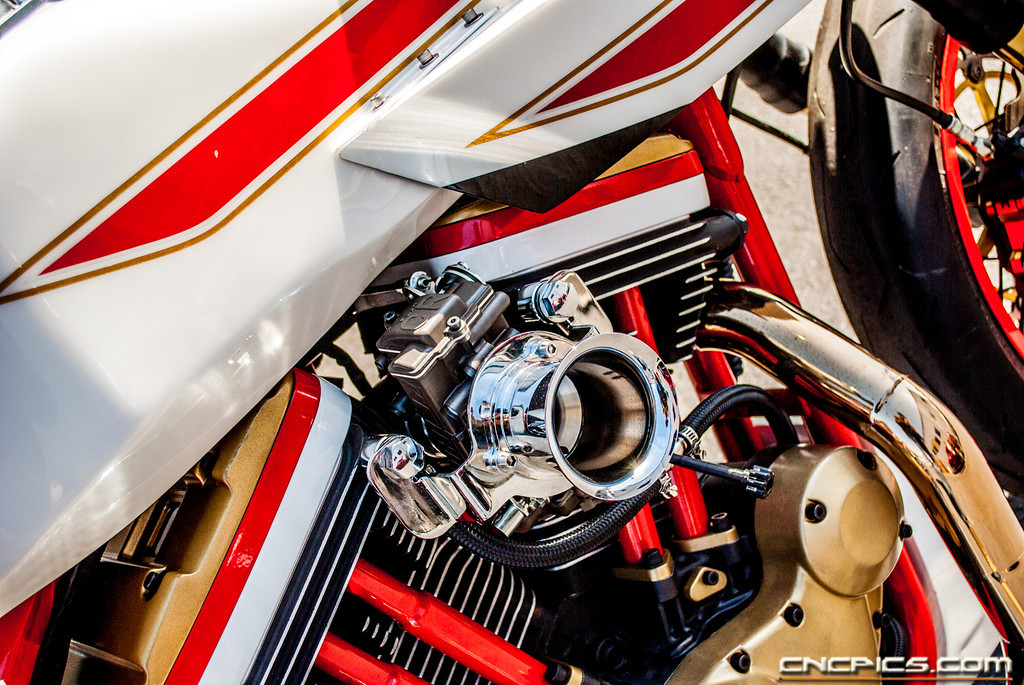 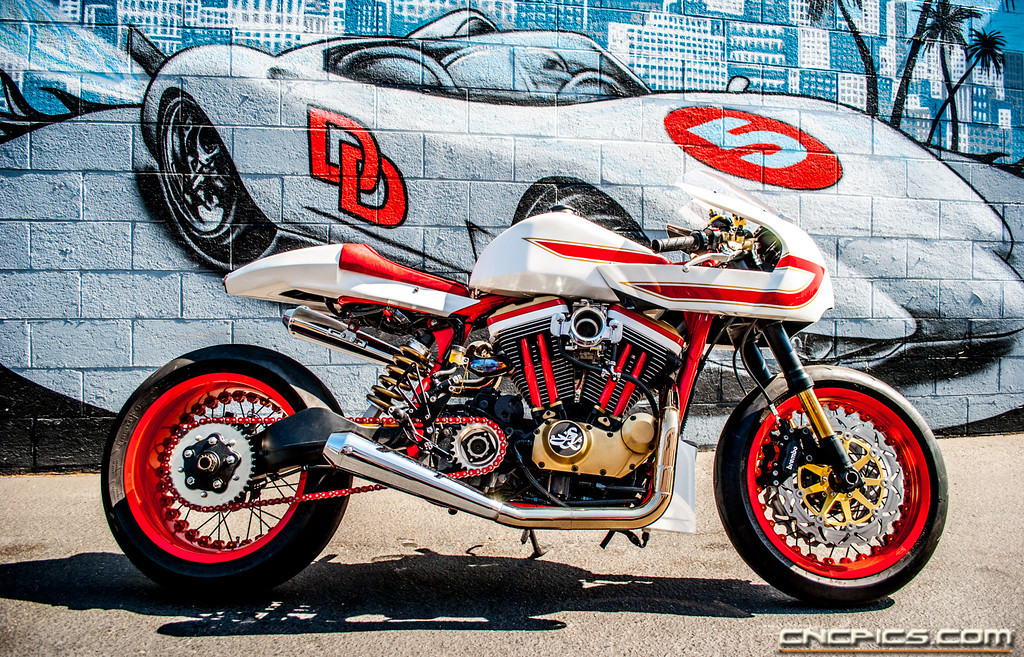 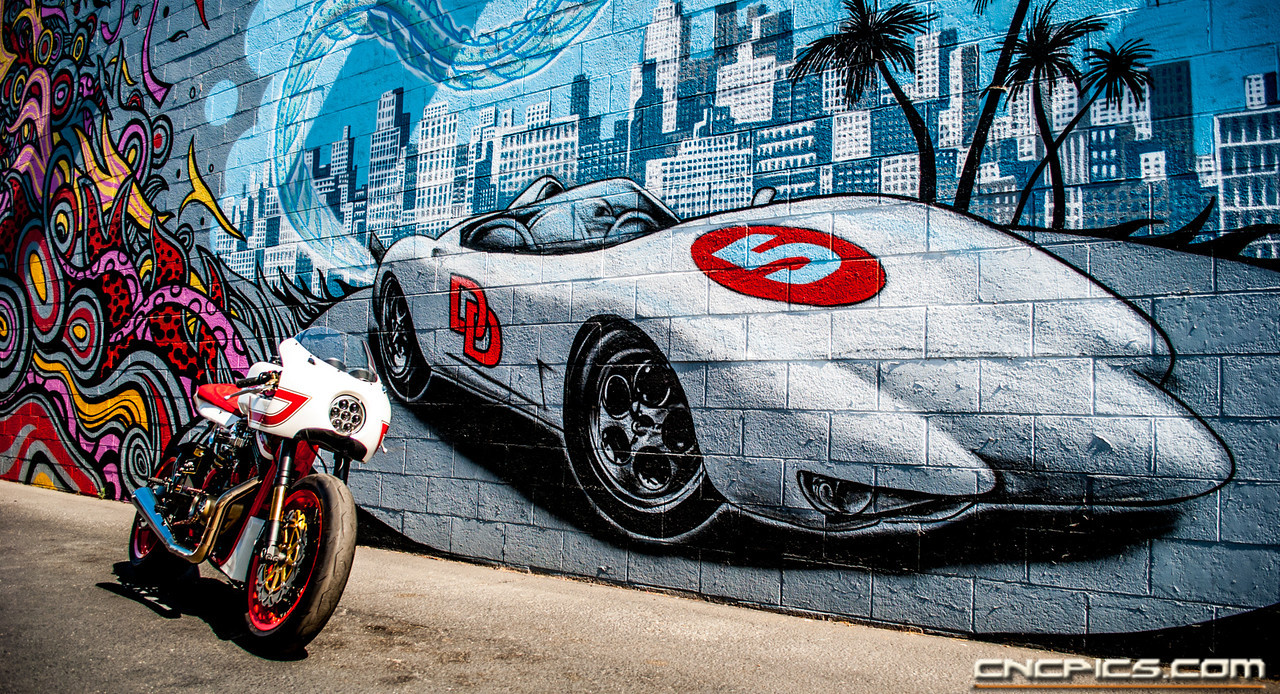 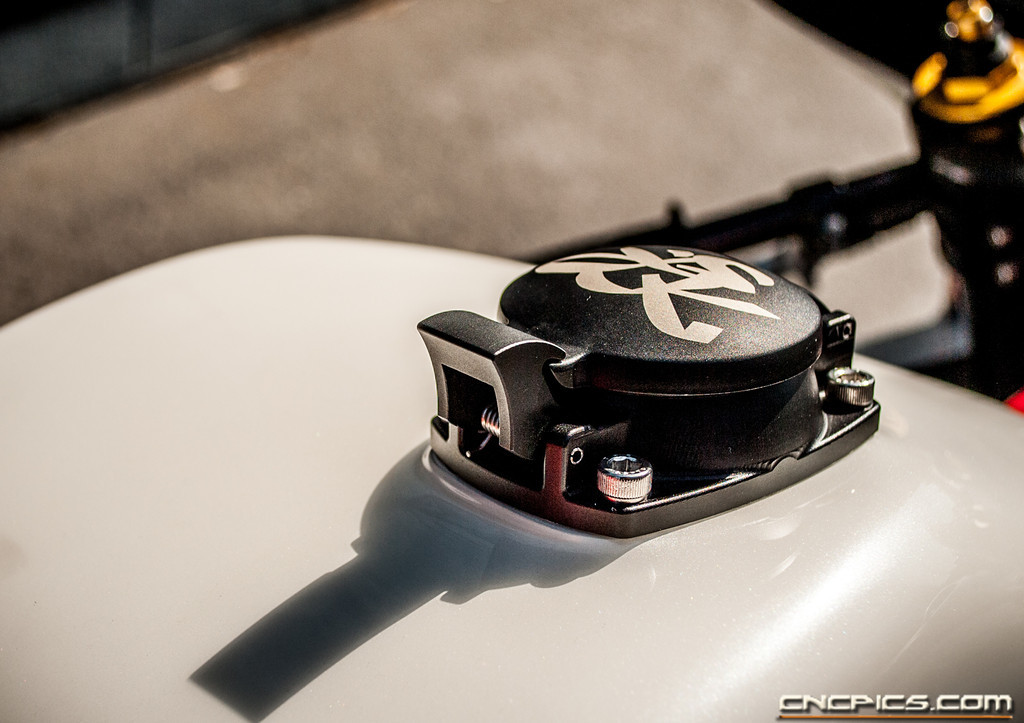 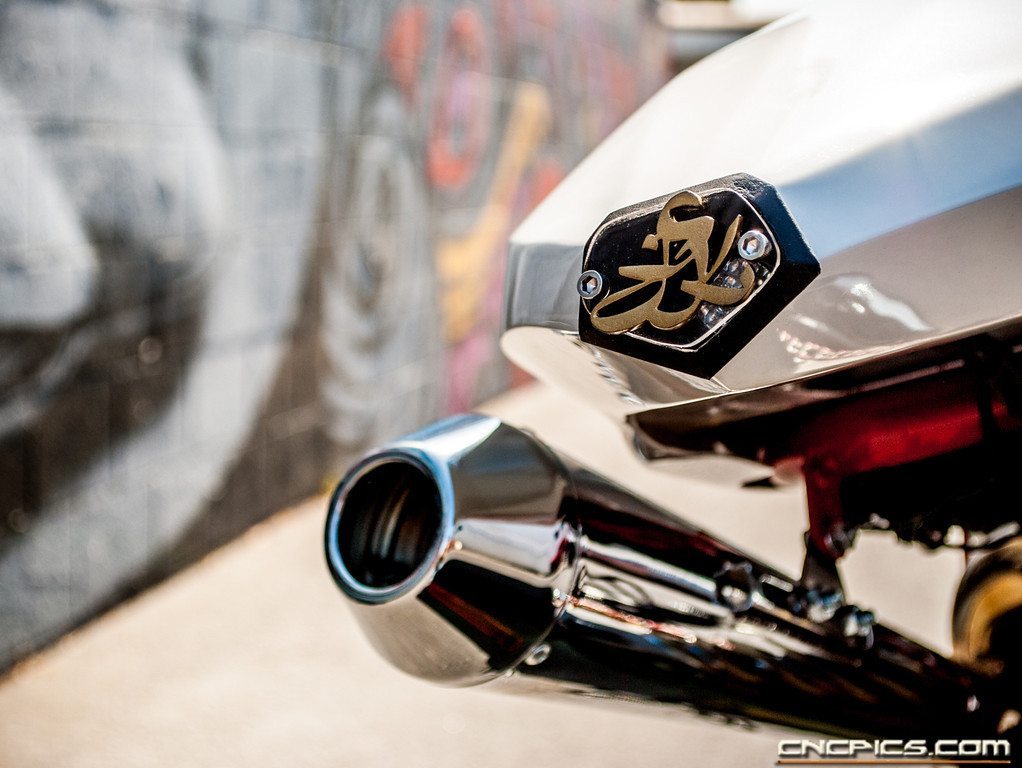 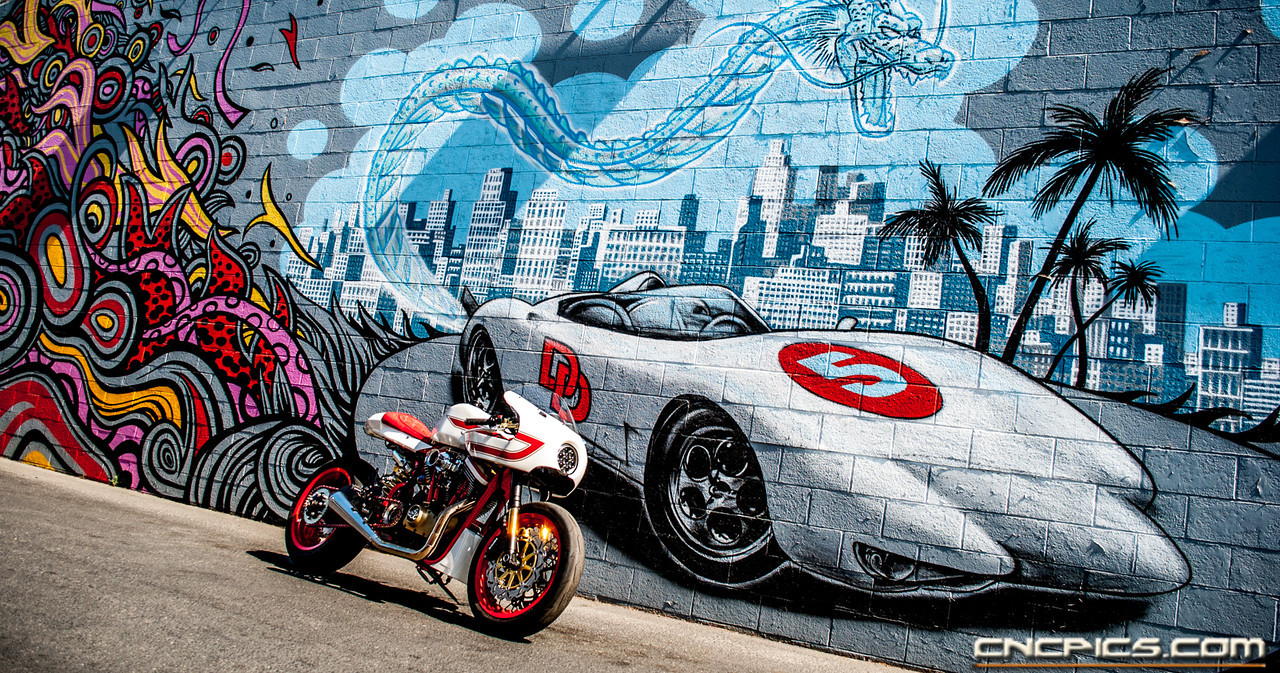 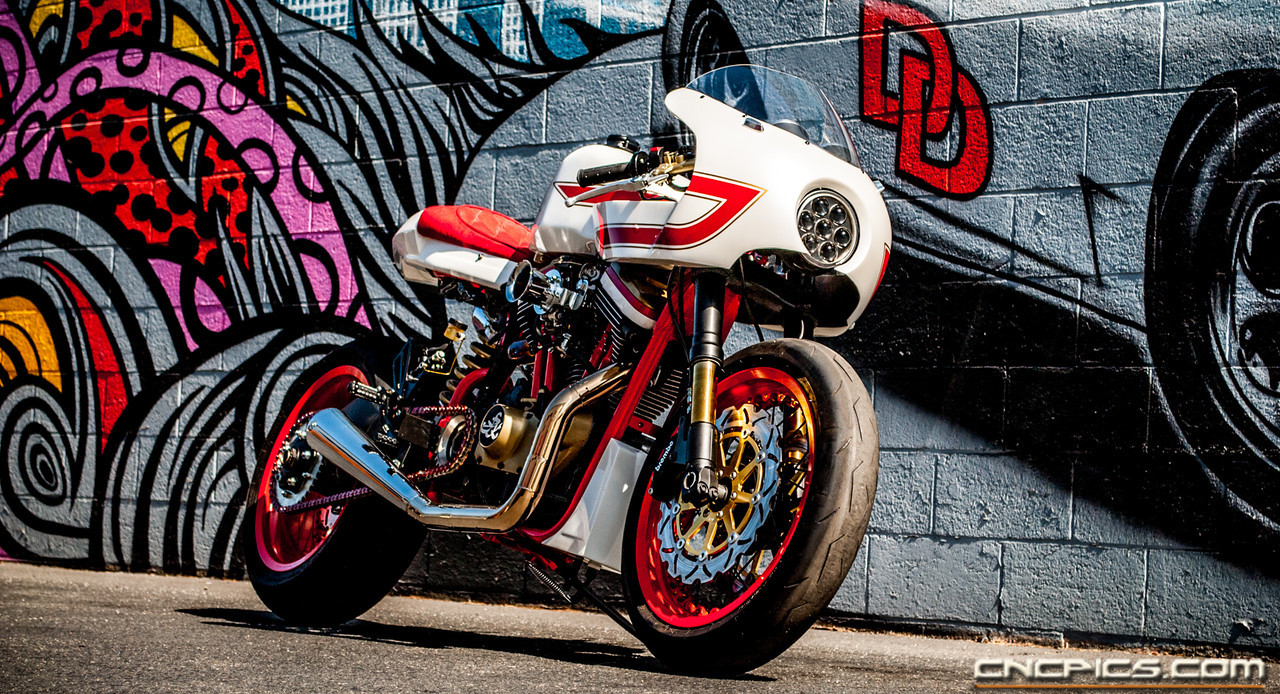 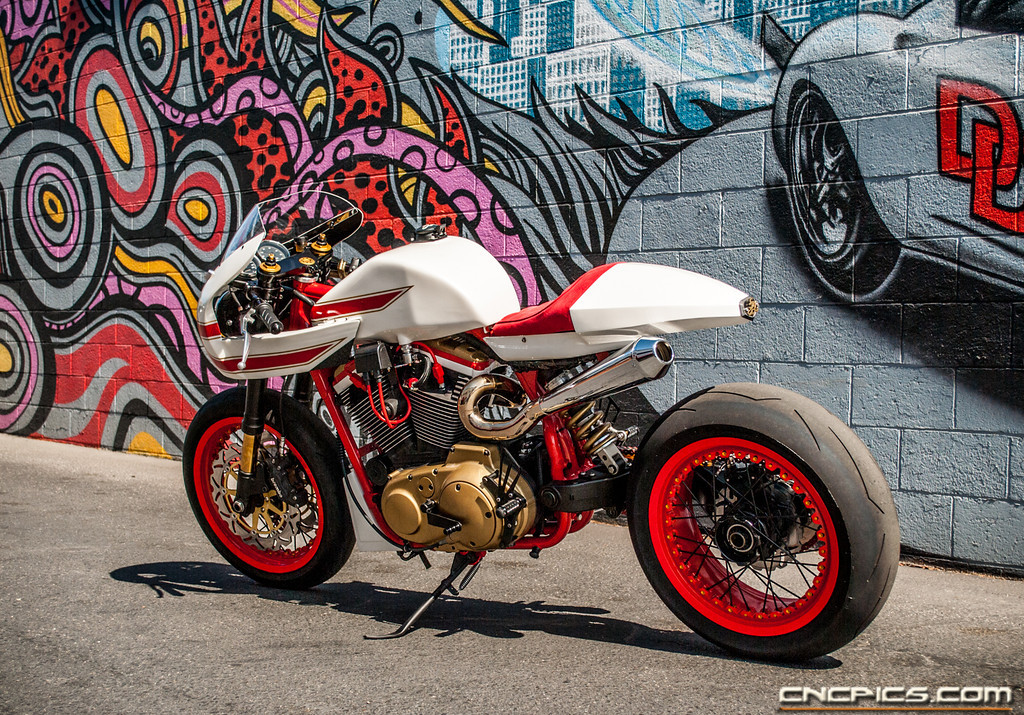 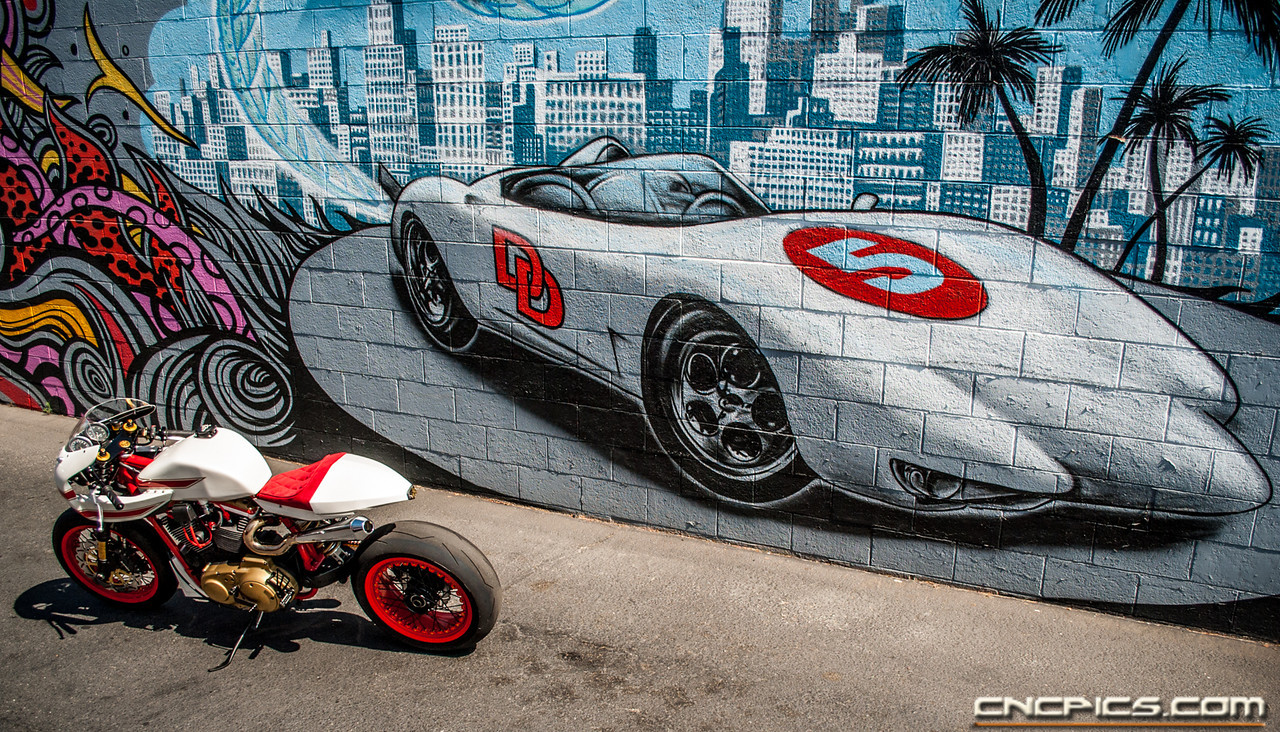 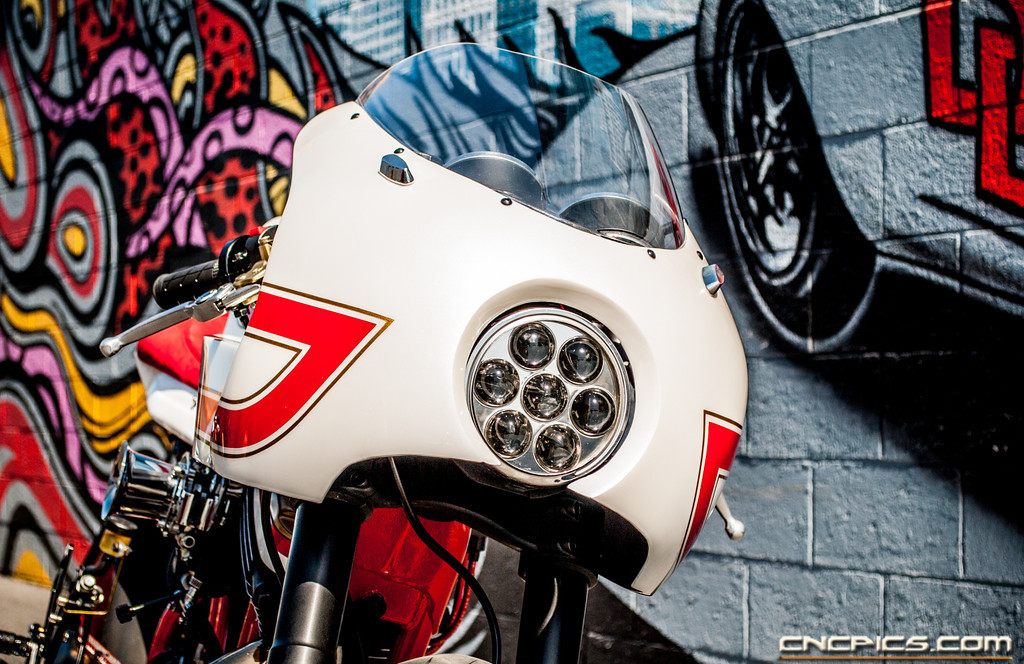 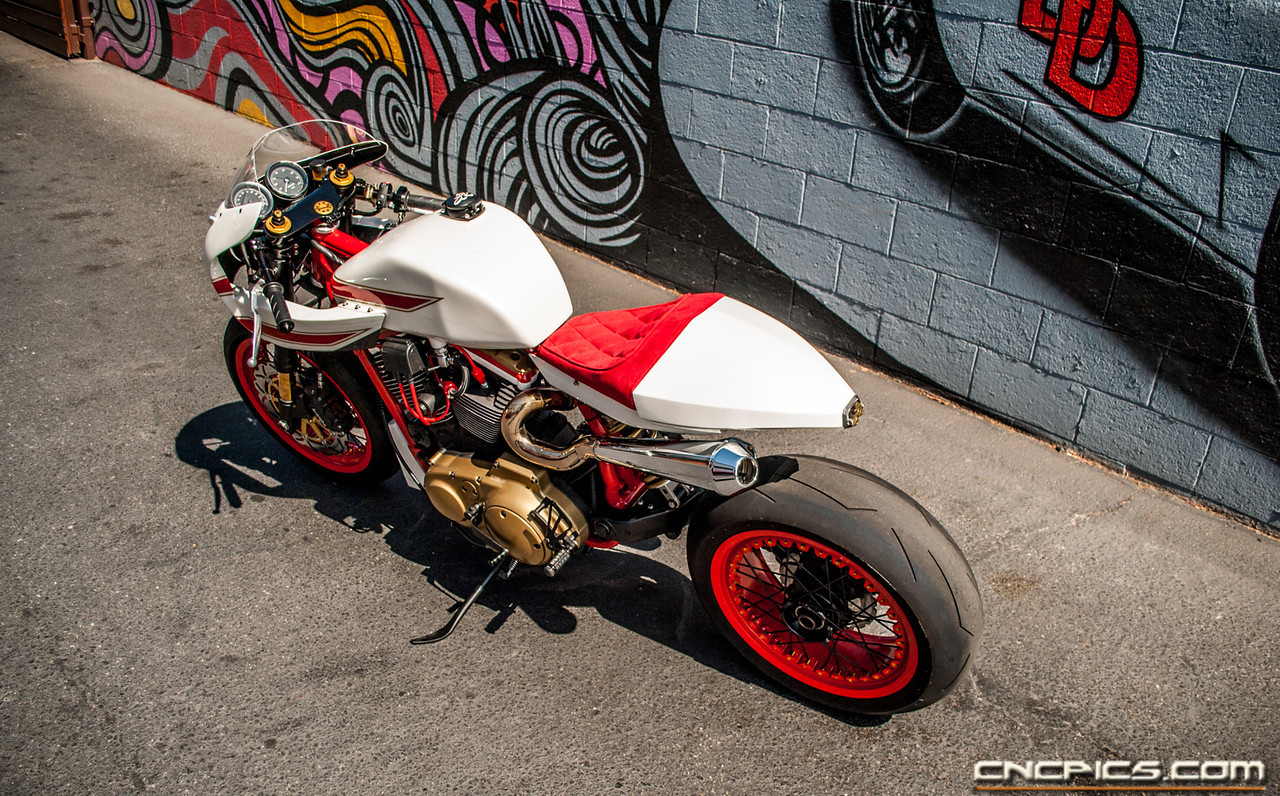 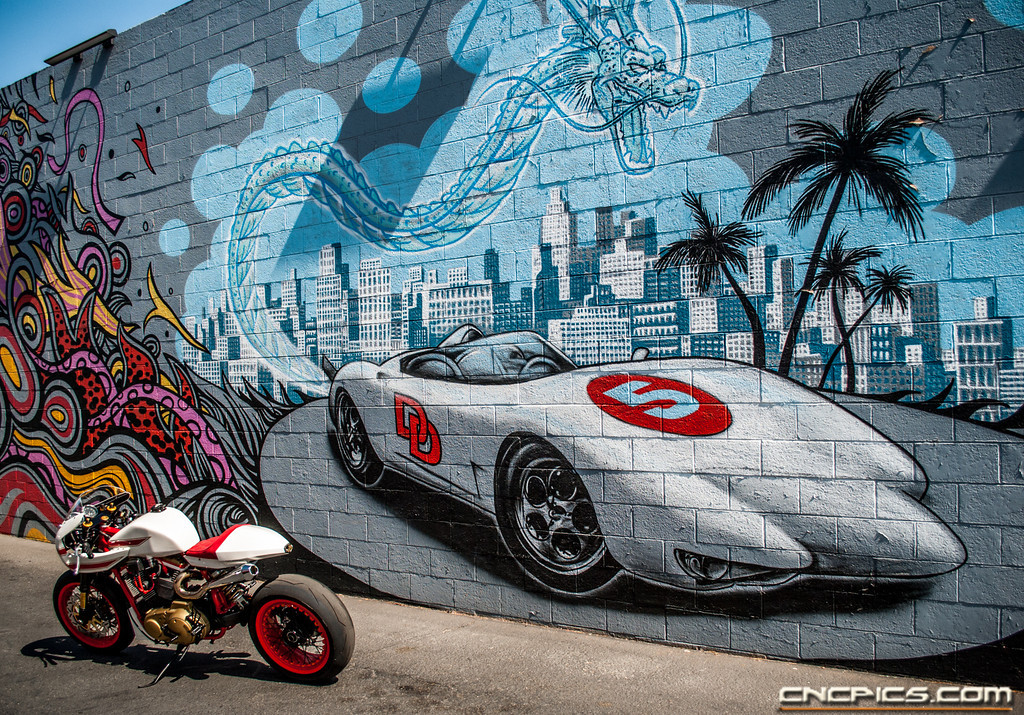 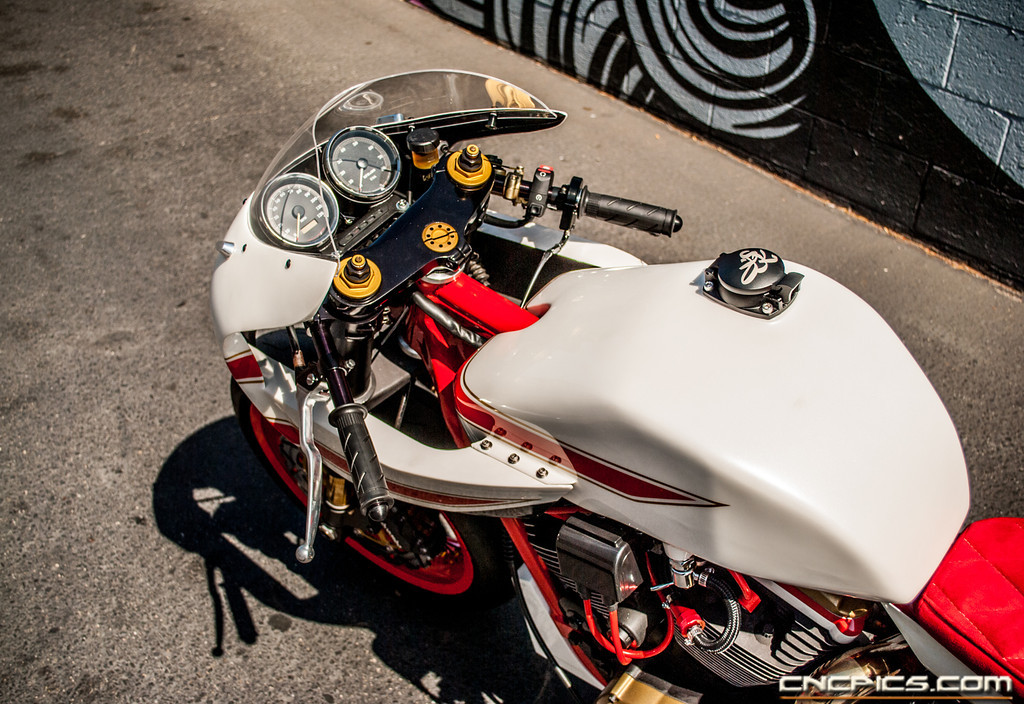 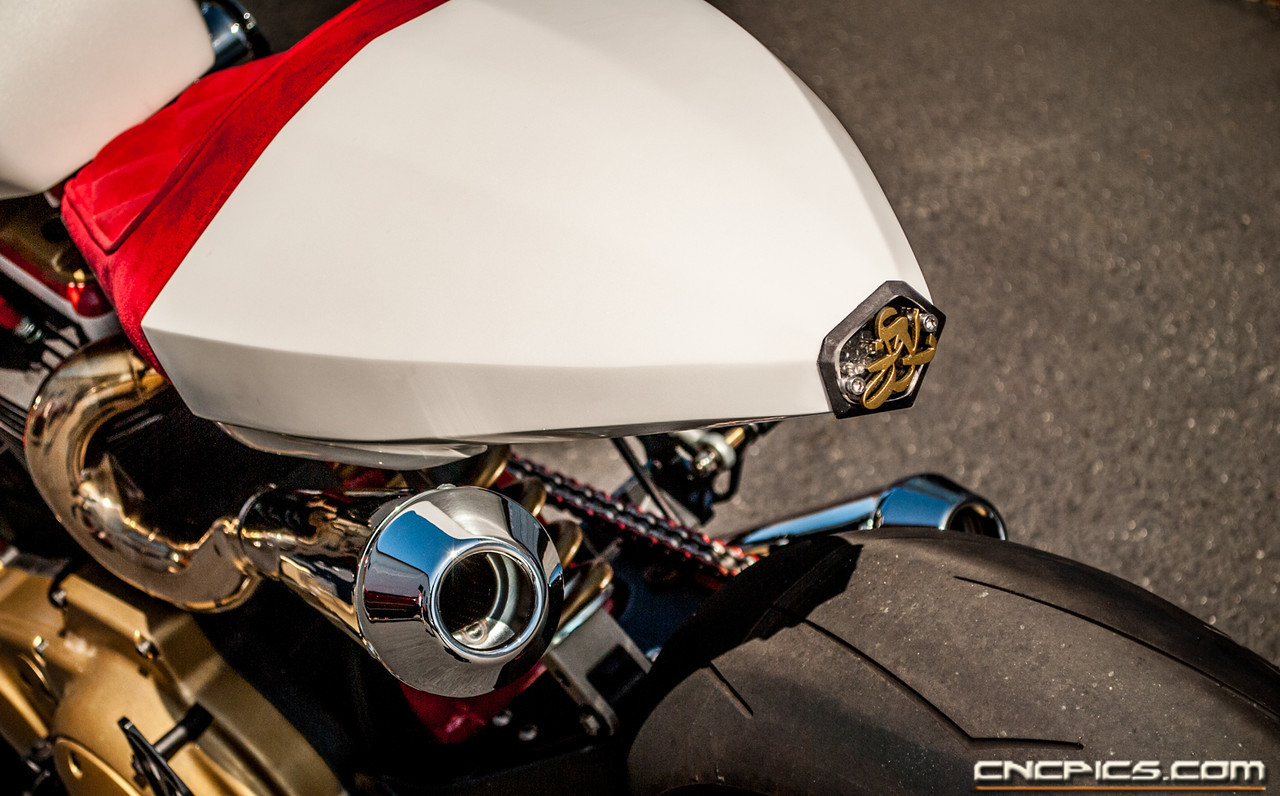 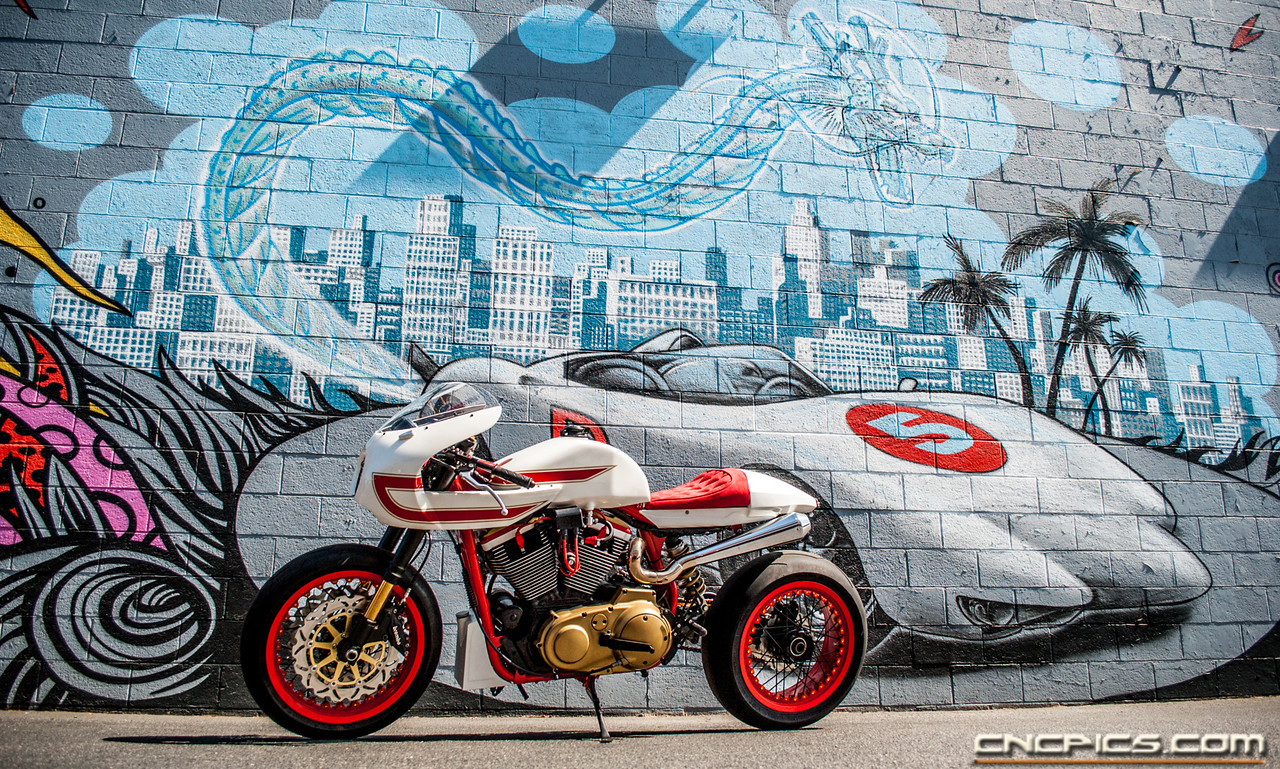 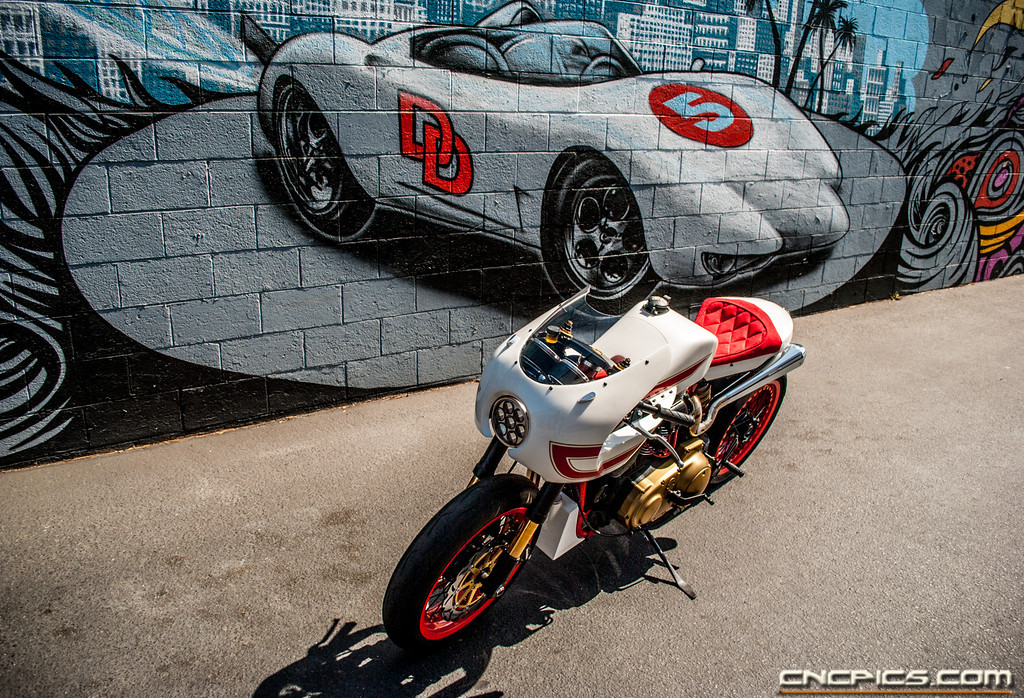 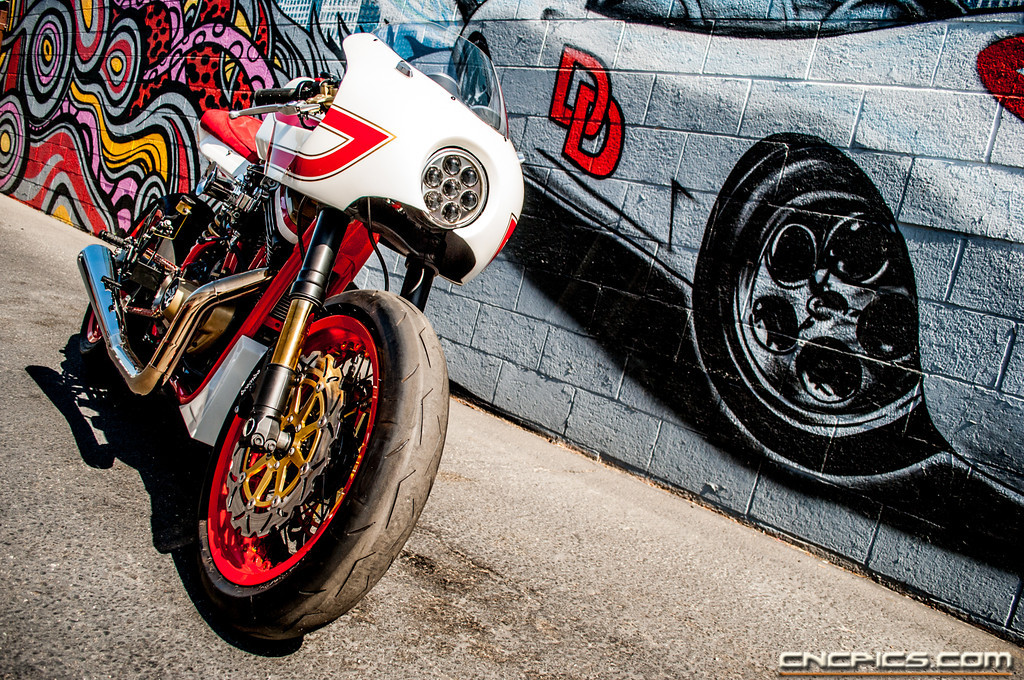 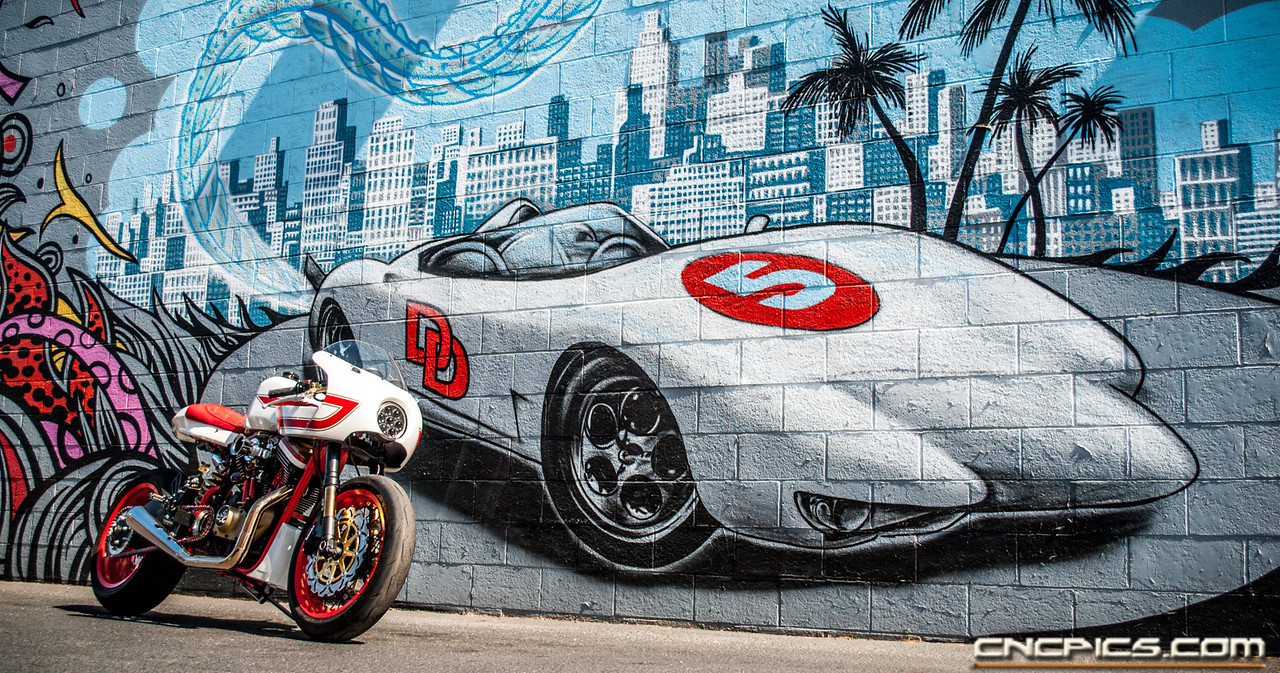