I honestly didn’t think the Mercedes AMG GT S could get any better. IMSA decided to prove me wrong.

Now when I say IMSA, I don’t mean the racing series with the GT4 cars that we all know and love. Instead I’m talking about the world renowned tuning company, but in this case, the two aren’t that different. Called the RXR One Super GT, IMSA has transformed the GT S into a near GT4, with a few key differences. First off, these aren’t racecars, retaining their entire interior. And they did this while making the GT a whole lot faster in the process.

That lovely twin turbo 4-liter V8 has been reworked heavily, resulting in massive gains. The new powerplant received full forged internals, as well as a revised intake and a custom set of turbos. These mods went a really long way, turning the GT into an 850hp firebreather. Complimenting the HP is a bone-jarring 738lb-ft of torque. Well done IMSA, well done. While the power came (relatively) easy, the biggest problem was making sure the transmission could handle it. Because Mercedes uses their own proprietary transmissions, it took some clever workarounds to make sure things didn’t go ‘BOOM.’ At the end of the day, they got the GT dialed in, resulting in the car you see here.

And while a near 350hp bump is enough to make this RXR a drastically different animal, they didn’t stop there. A new body kit was in order, and not just to keep up with appearances. The RXR received a custom wide body kit, with ground effects that actually compliment the GT’s body lines. A custom hood with venting was fitted, and a rear wing was set in place to add some downforce. The best part? The RXR only tips the scales at 2,866lbs. Yup, you read that right. Even with all the additional flair, the RXR is a massive 661lbs lighter than a stock S. The massive weight savings can be contributed to the use of carbon fiber in choice areas, including the roof. That gives the RXR a power to weight ratio of just 654hp per ton, which is damn good.

Further separating their creation from a true GT4 car, IMSA elected to fit some massive wheels to the RXR. The AMG now sits on a set of 20×12’s up front with 21×12.5’s in the rear. That gave IMSA the ability to fit some serious rubber underneath the chassis, with the RXR running 305’s up front and a set of 315’s out back. The most impressive part, in my opinion, is that the wheels somehow don’t look too big. They actually fit perfectly, a pleasant surprise.

I can’t believe it’s possible, but the RXR makes AMG’s GT4 look like child’s play. The only drawback is that there won’t be many of these produced, meaning we likely won’t see one in person anytime soon. No price has been released yet, but if you have to ask… Maybe just stick to a GT S. 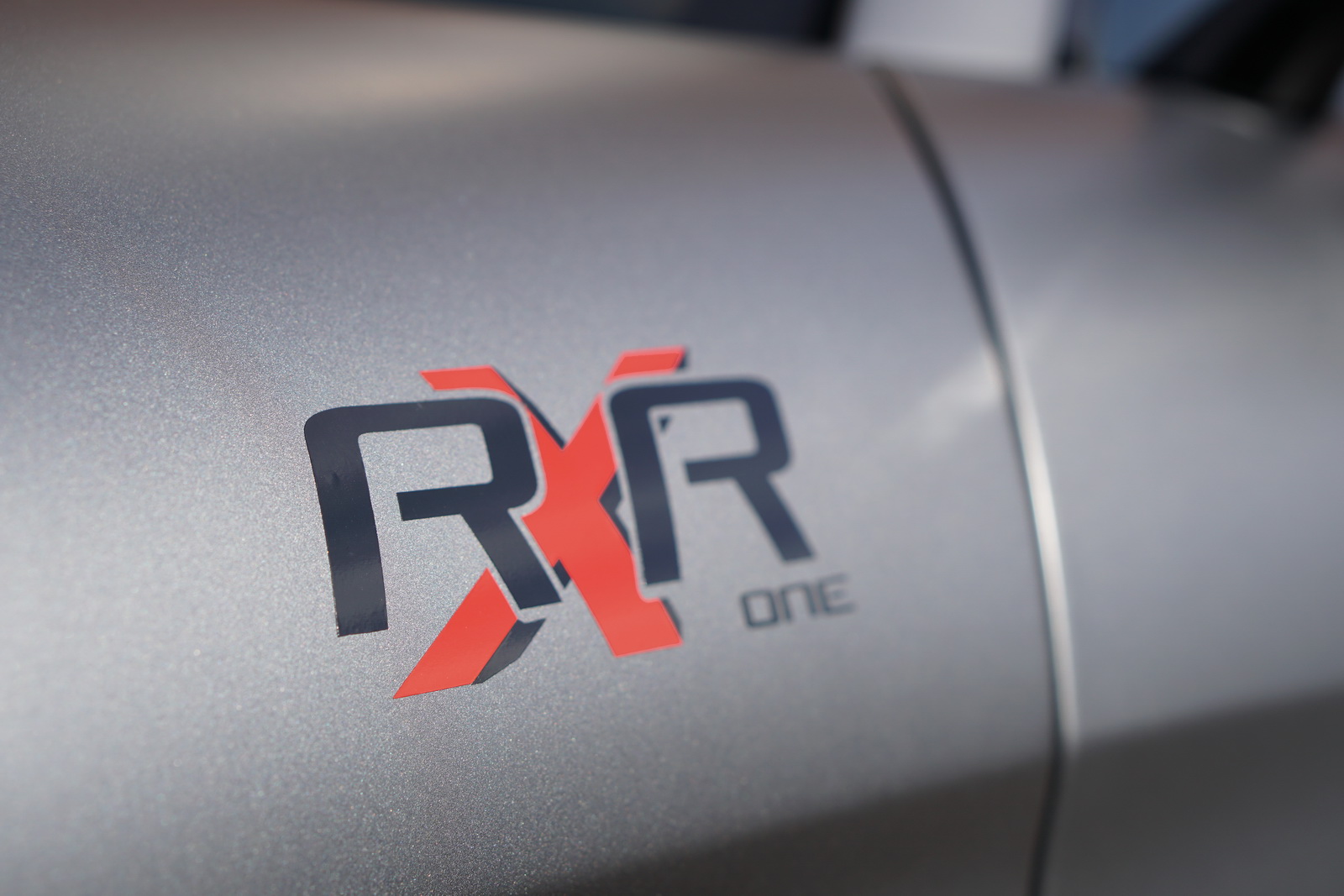 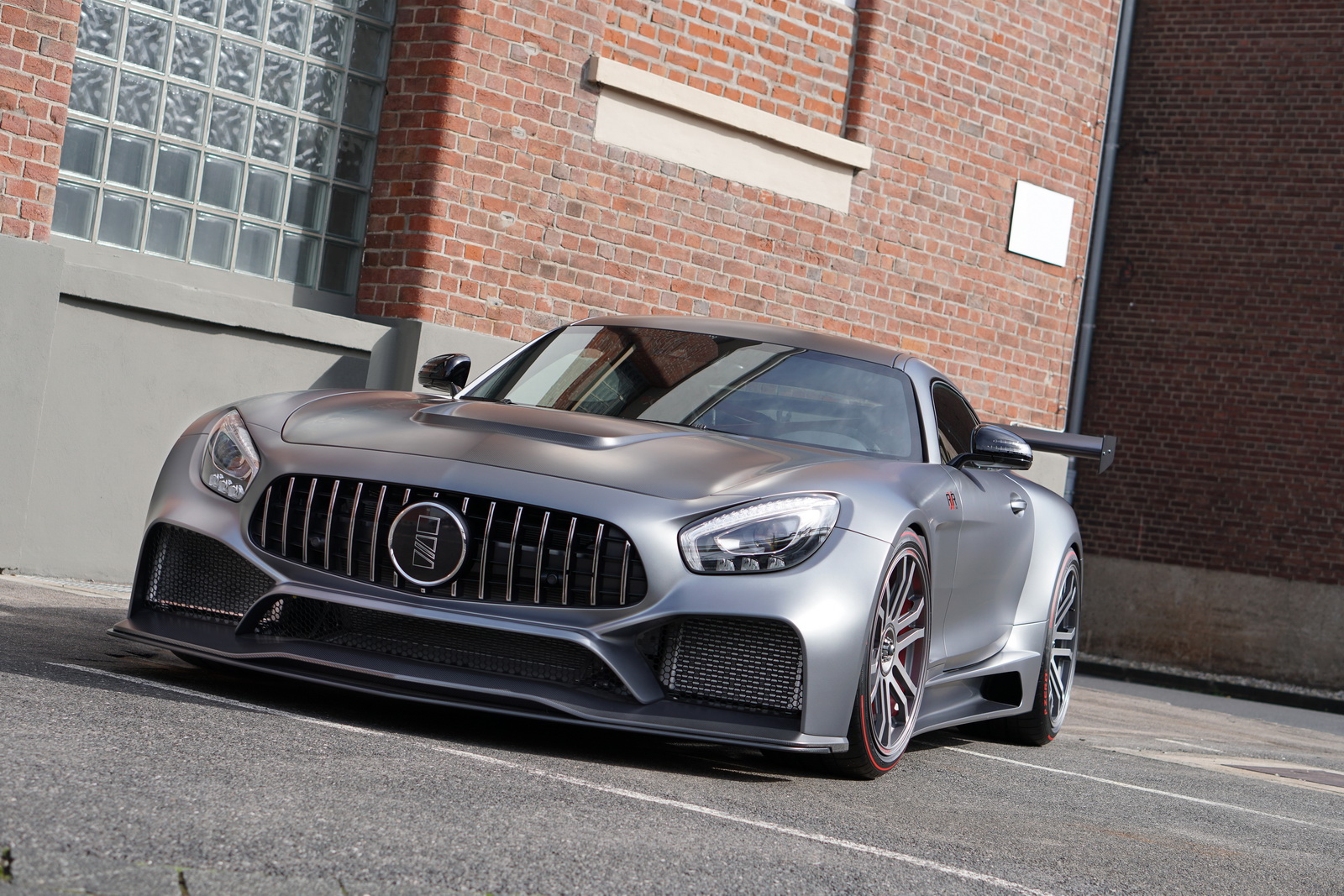 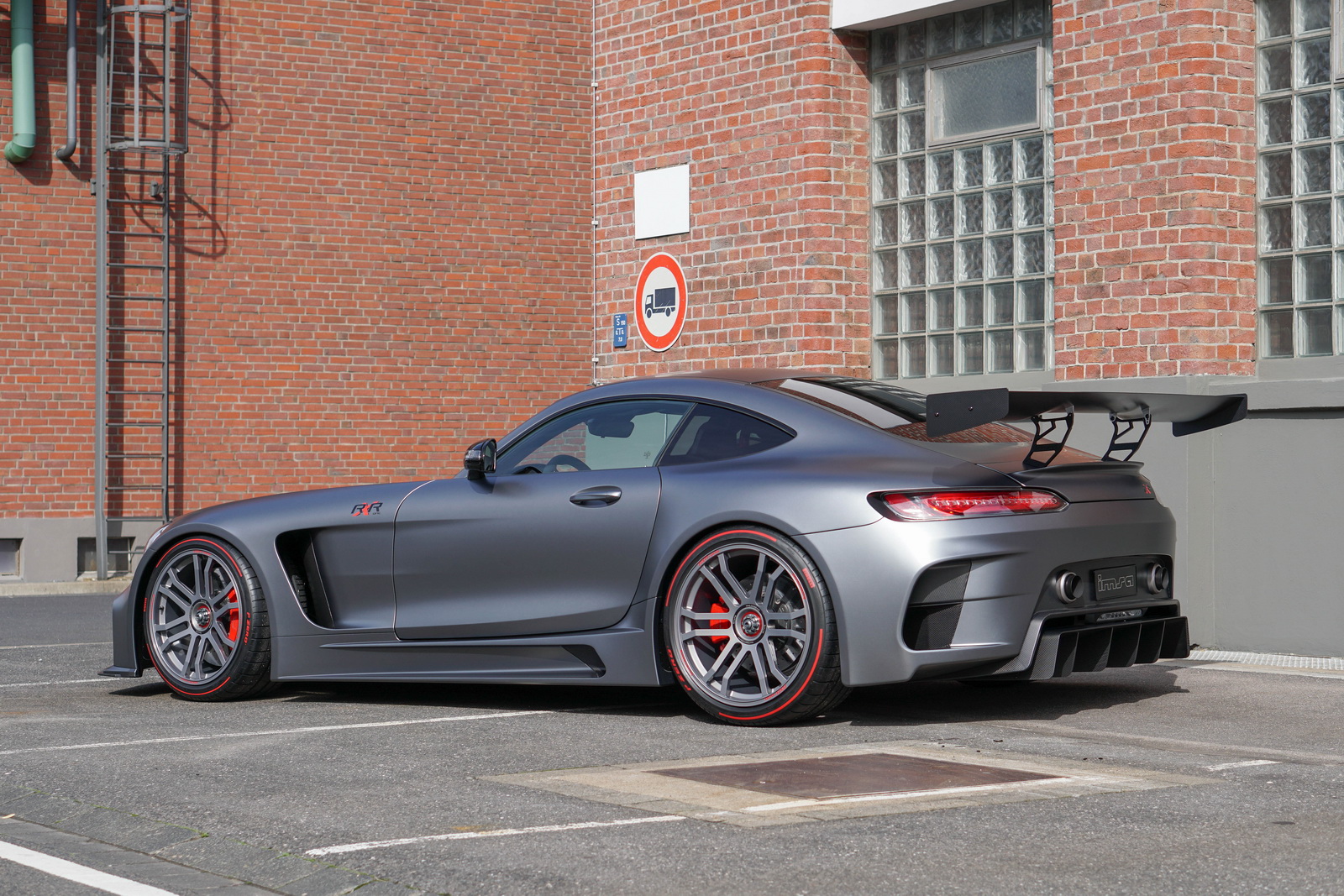 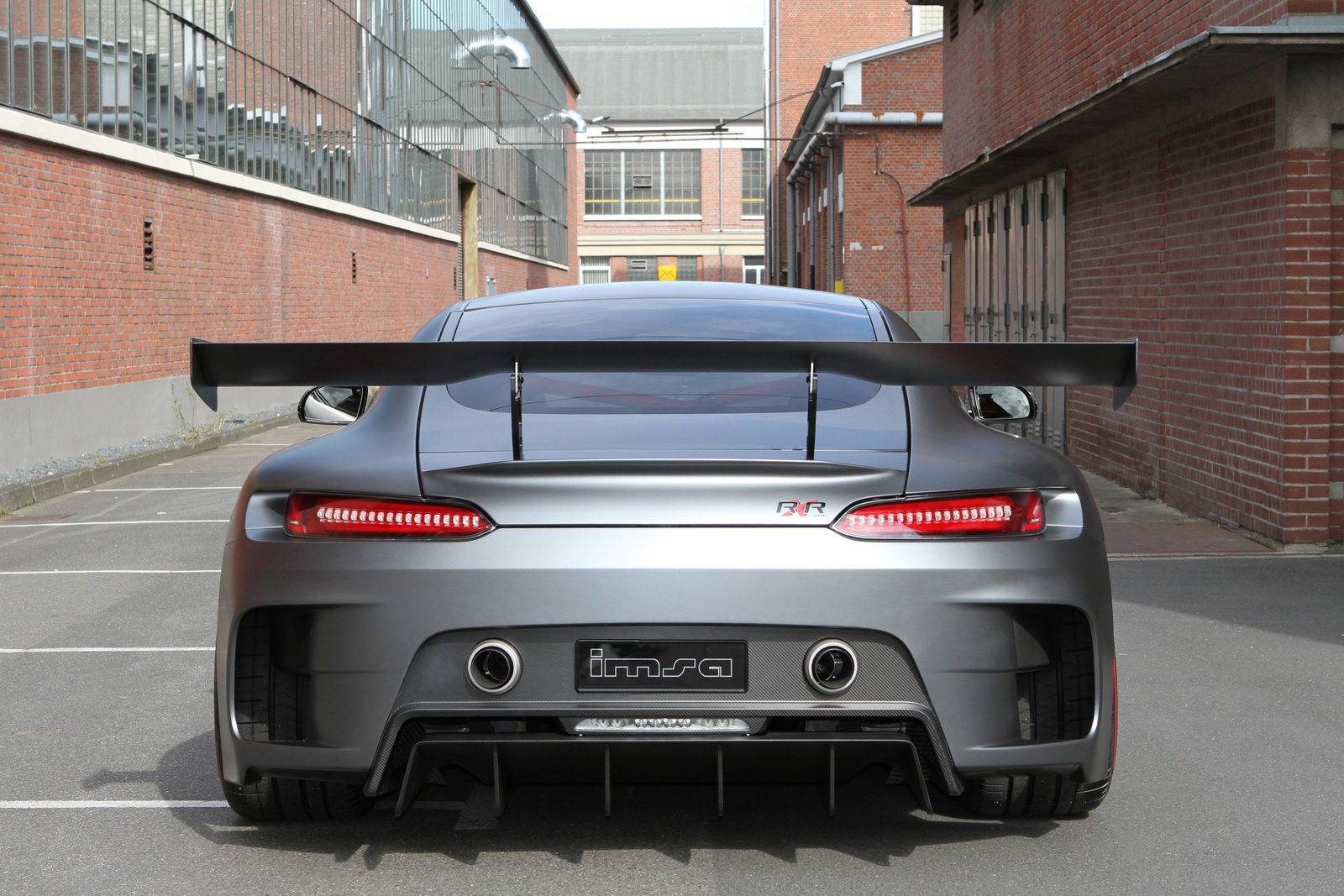 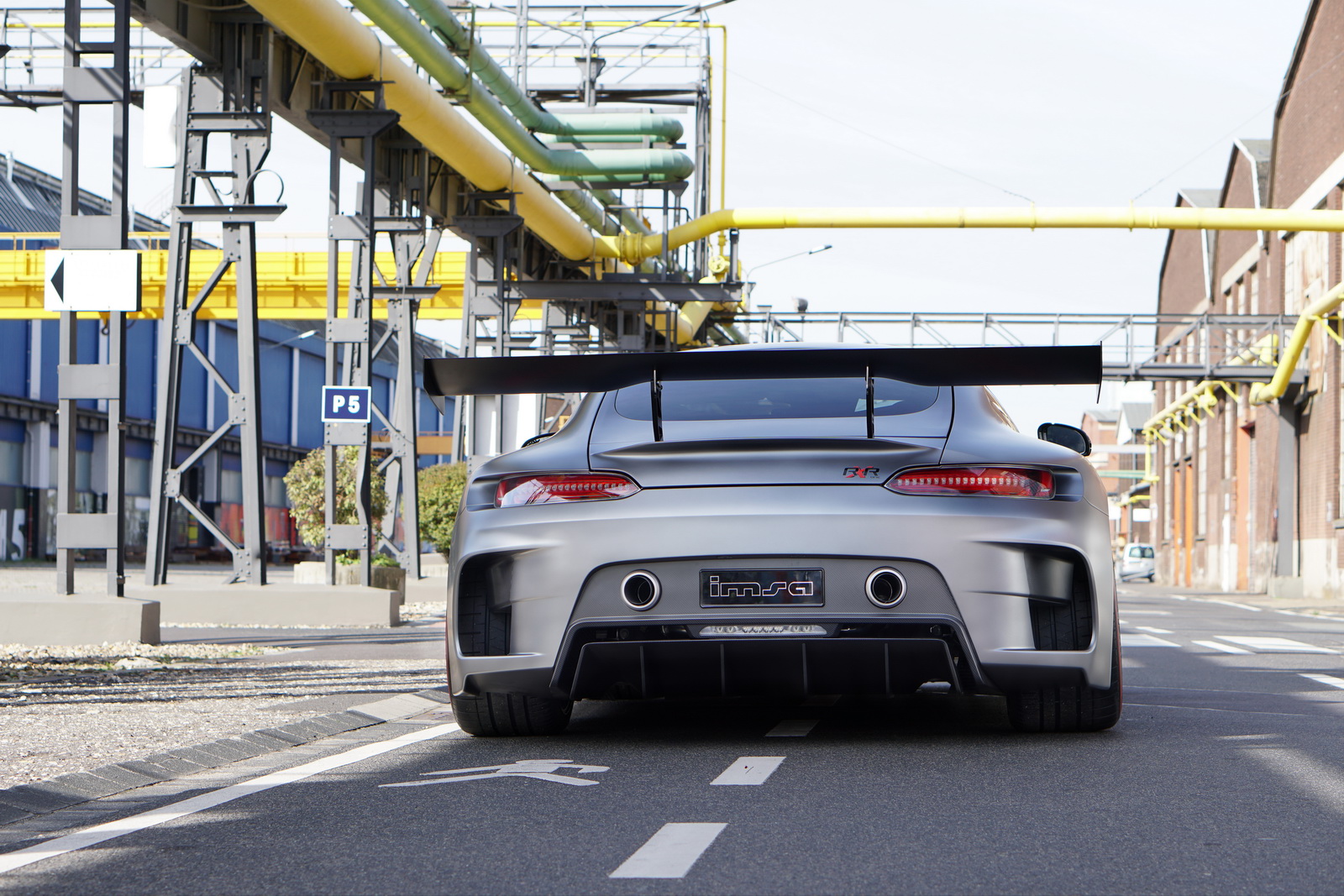 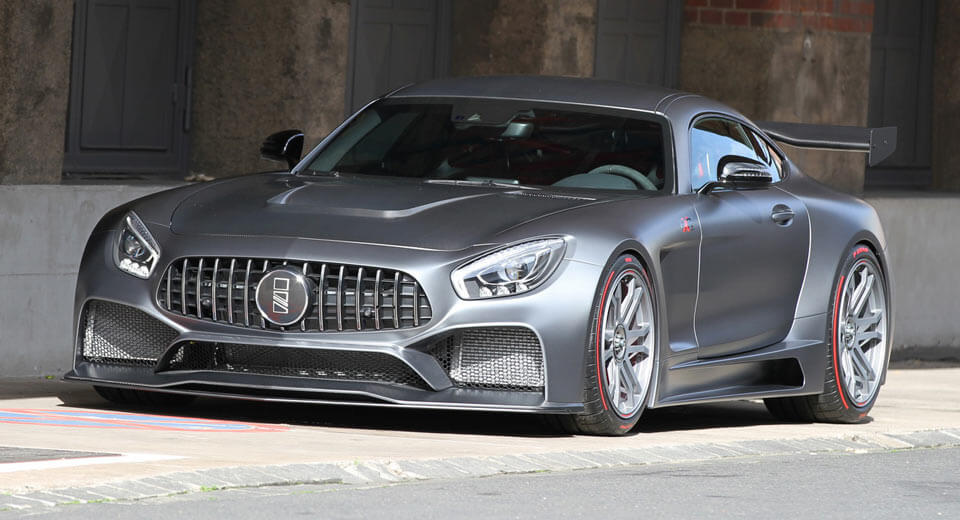