We’ve reached a point in automotive history where it’s relatively common in the high-performance world to see more than 1,000hp in a car weighing less than 3,000lbs. So how is a manufacturer supposed to set themselves apart and get ahead against the competition? The answer to that comes down to one word, aerodynamics. That’s right, how a car handles the air distribution makes all the difference when it comes to acceleration, top speed, and handling in the corners. A prime example of that is the Lamborghini Huracan Performante which used significant aerodynamic upgrades to help it set a new lap record at the Nurburgring. Now, Ferrari has completely reworked the aerodynamics on its ultra high performance track monster known as the FXX K and the end result is the most extreme Ferrari ever built.

They call it the FXX K EVO and it’s taken more than a year’s worth of wind tunnel testing and CFD simulations to make it what it is today. Those familiar with the FXX K will immediately recognize that it now has a massive twin profile fixed rear wing that stretches all along the back of the car rather than the small fins on the previous FXX K. That wing works in conjunction with the new active rear spoiler and they essentially amplify one another which creates an enormous amount of downforce. How much you ask? Ferrari managed to coax a 23% improvement over the FXX K and a staggering 75% increase when compared to the standard LaFerrari which is “very close to those of the cars competing in the GT3 and GTE championships.” It’s not all downforce either. The highly sophisticated combination of wings, fins, and spoilers create as much as 1,800lbs of negative lift when the FXX K EVO is at or near top speed. With 1,035hp on tap, Ferrari didn’t even need to touch the powertrain, but they did manage to shed some weight on the car thanks to a new carbon fiber construction method. If you’re in the market for one you better do so quickly because Ferrari is listing it as an “extremely limited-run model.” 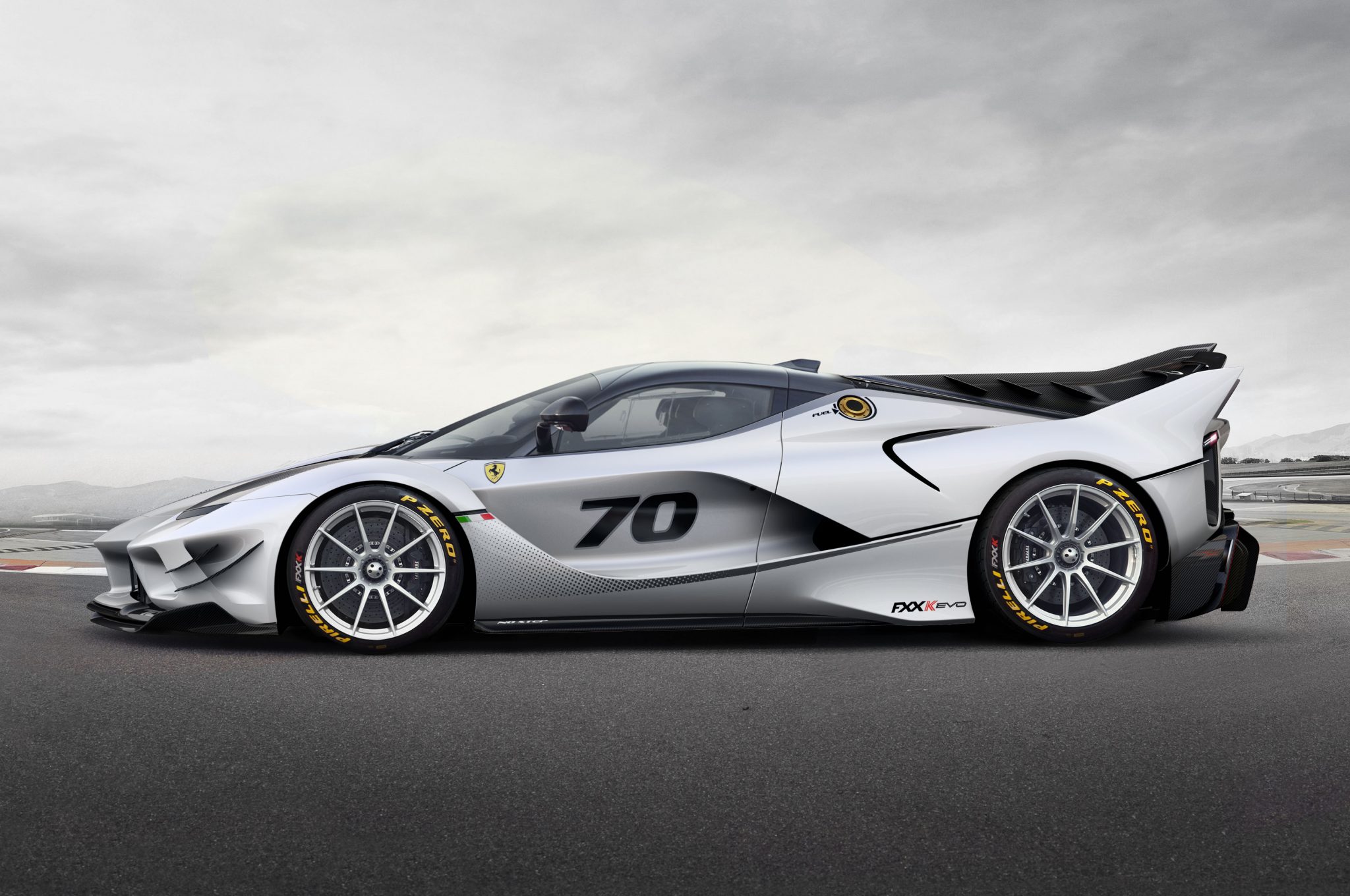 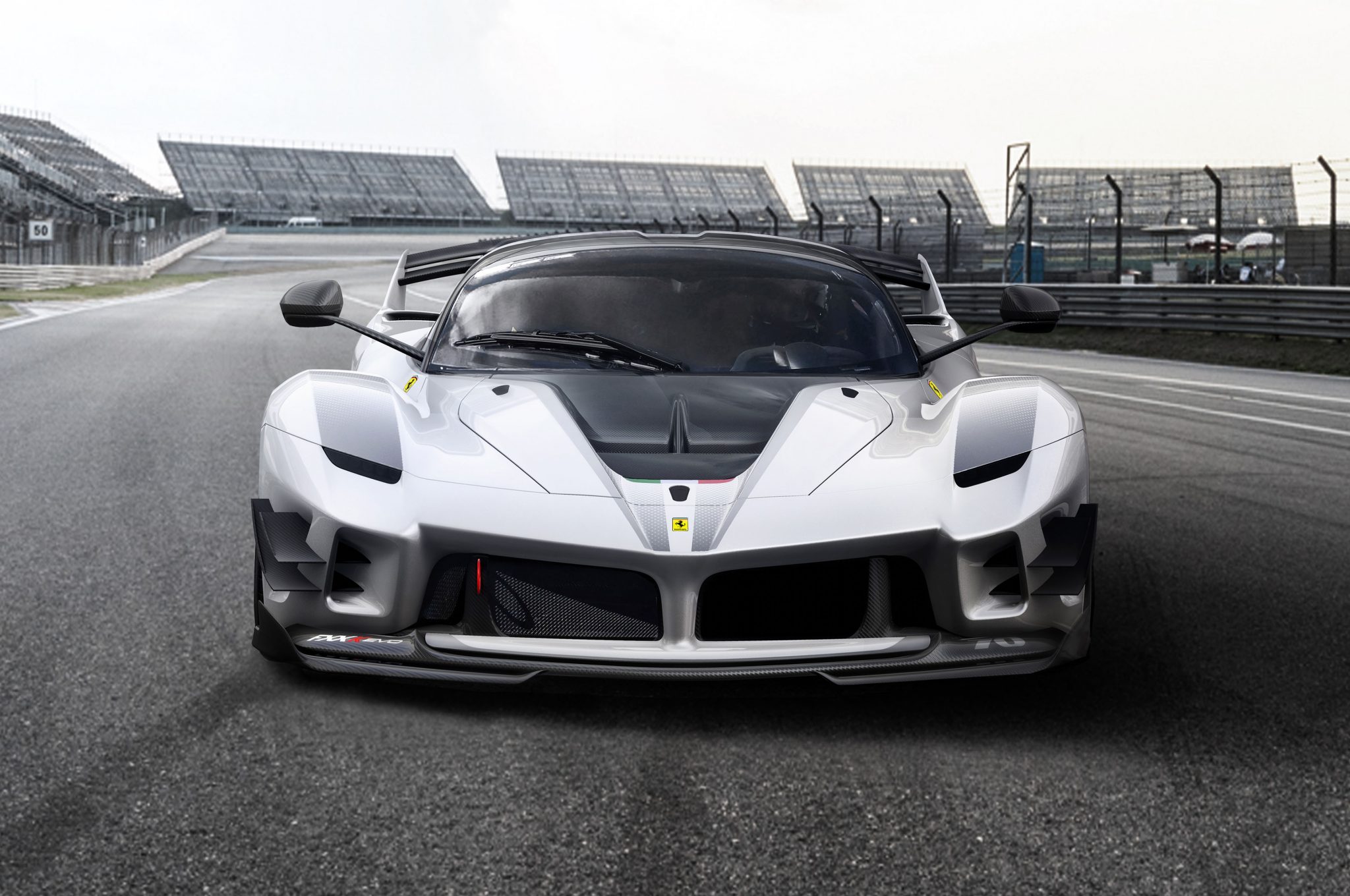 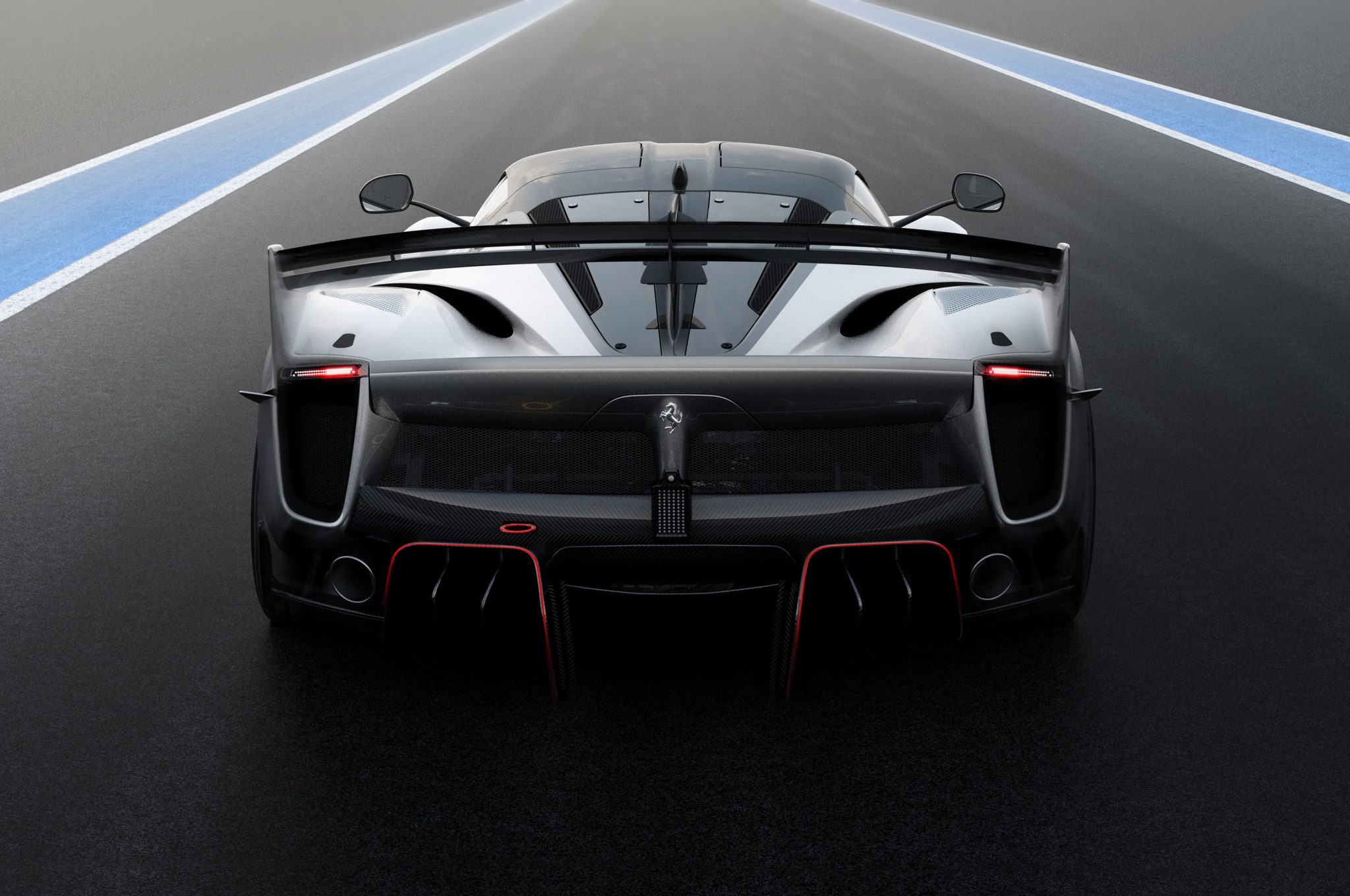 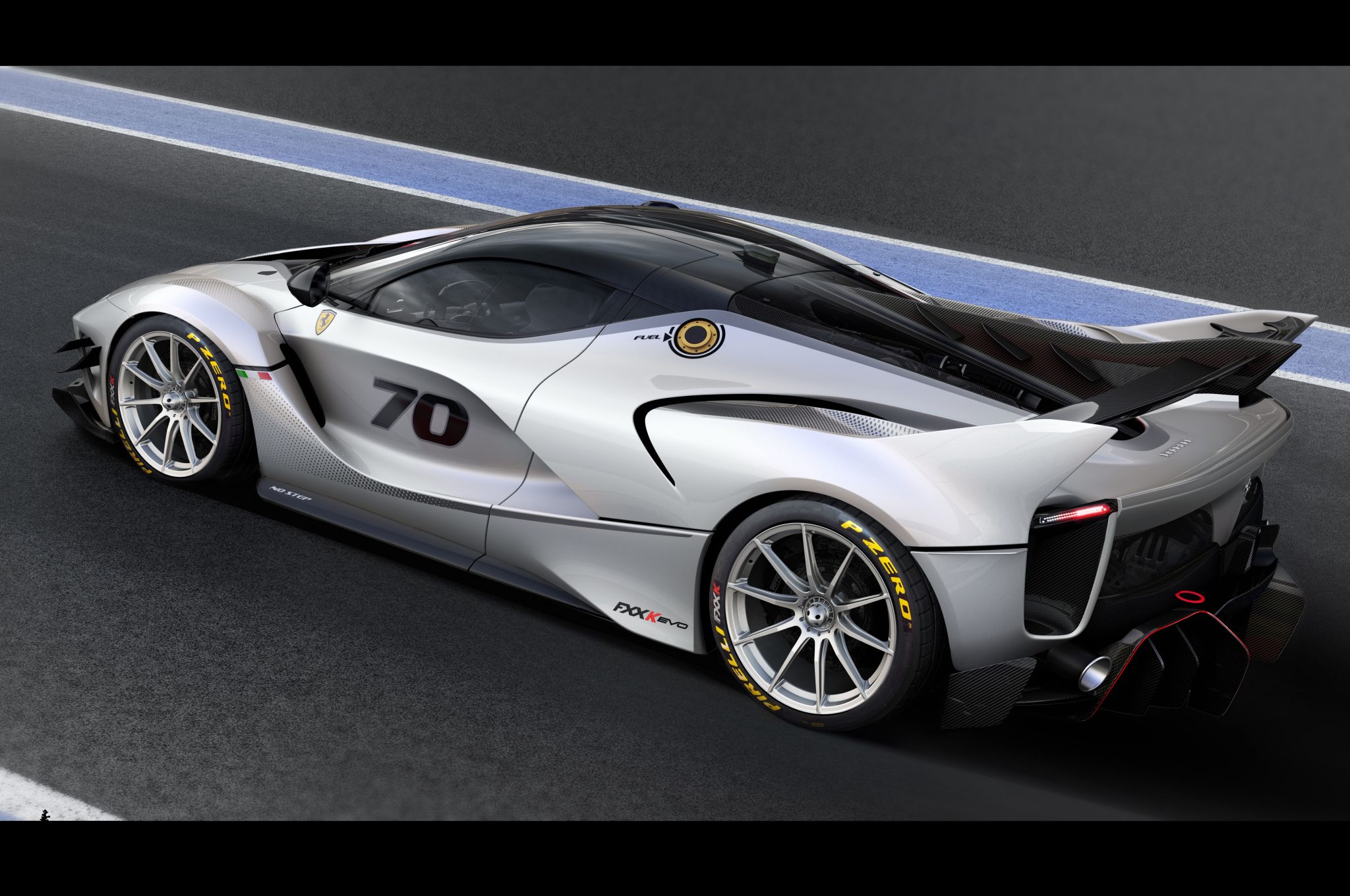 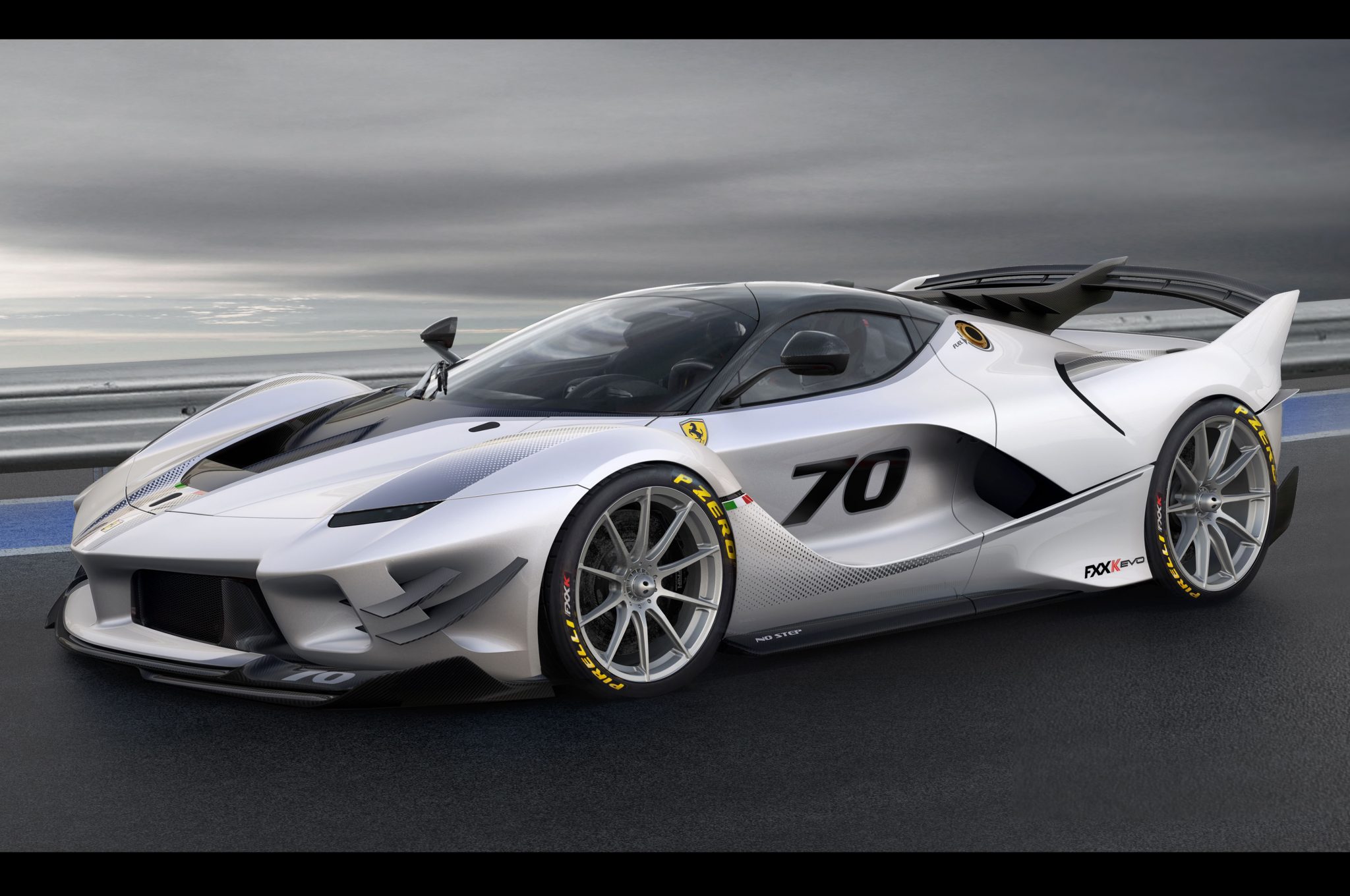 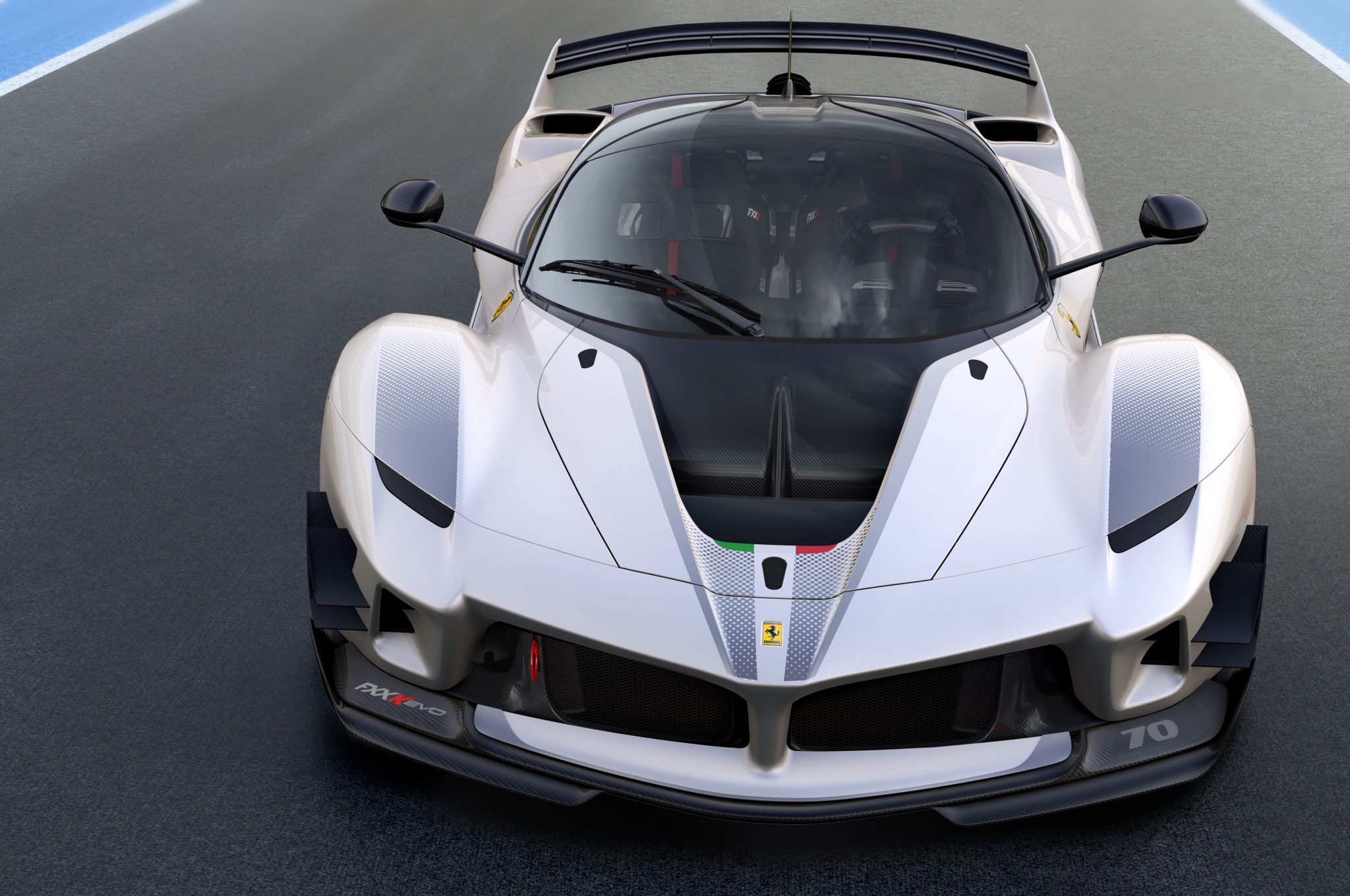 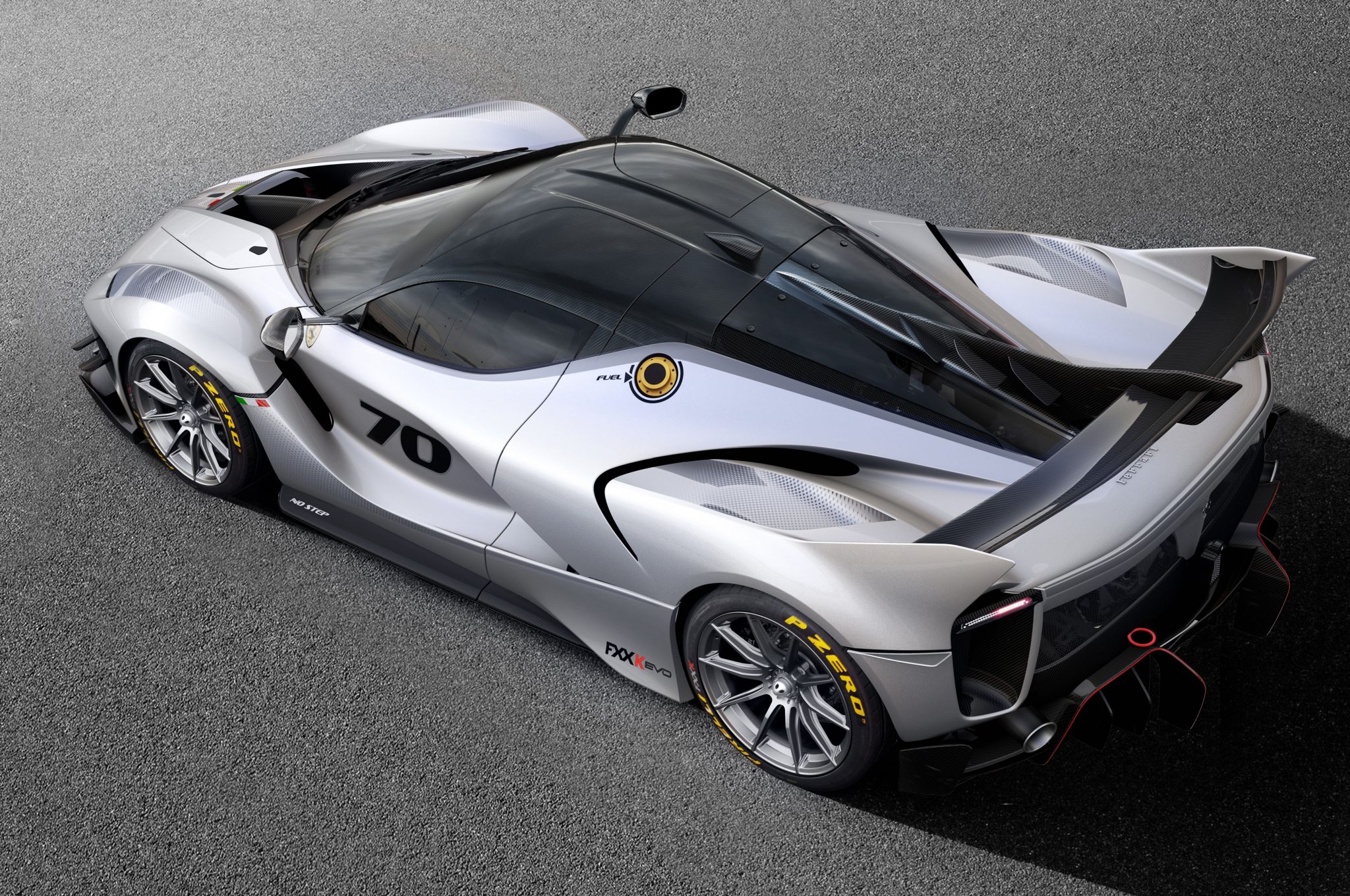 All photos thanks to: Motor Trend