The Audi R8 V10 Plus had already proven itself to be quite the formidable supercar for a wide variety of reasons. It’s one of the last naturally aspirated high-performance cars on the market with its 5.2L V10 that it shares with the Lamborghini Gallardo and Huracan. In the R8, the V10 is rated at 610hp and 413lb-ft of torque, and when you combine that with Audi’s tried and true Quattro all wheel drive system you end up with some brutally fast acceleration, which has been proven time and time again. However, there’s always room for improvement. And that is why John Hennessey and the masterminds at Hennessey Performance have stepped up to make the R8 even more desirable by doing what they do best, taking this high-performance supercar to the next level and beyond.

You might think that since Hennessey Performance (HPE) is based out of a small town in Texas they only specialize in domestic cars. But that’s not the case. They actually have the capabilities to work on just about any car no matter where it’s built. Granted, some of their more popular models like the new Exorcist Camaro and VelociRaptor are domestic vehicles, that doesn’t mean they are limited stateside. As a matter of fact, the Venom GT is technically a re-worked British car even though it has an American V8 providing the power. Maybe a better example of HPE’s foreign capabilities would be one of John’s first projects, the Mitsubishi 3000GT VR4 he dubbed the “VR-200.”

As most of you already know, the 5.2L V10 in the R8 and Lamborghini Huracan is arguably one of the best foundations to start with in order to create an immense amount of power. There are plenty of examples to choose from. Just a few months back there was an Underground Racing tuned Huracan that blasted off a 250mph 1/2 mile run thanks to a twin turbo system that helps the V10 produce 2,500-3,000hp. So it should come as no surprise that HPE wants to join in on the fun.

Hennessey should be releasing more information about the R8 twin turbo in the coming months, but in the meantime, they did provide some stunning photographs of a bright white R8 V10 Plus that they shot out at their shop in Sealy, Texas. And one thing is for sure, the R8 is one gorgeous piece of machinery. 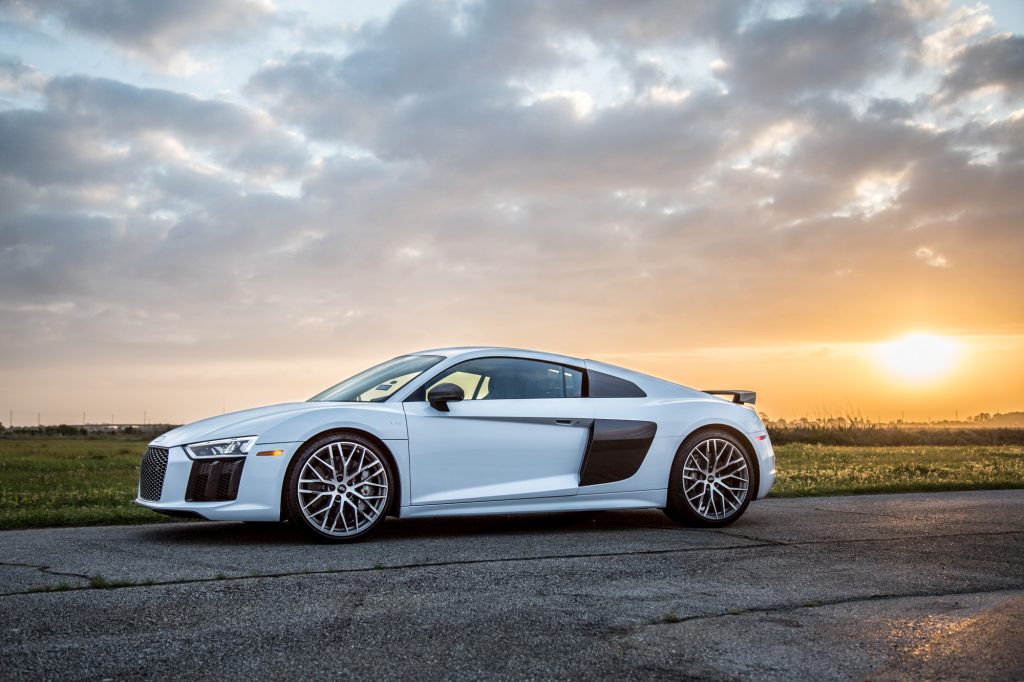 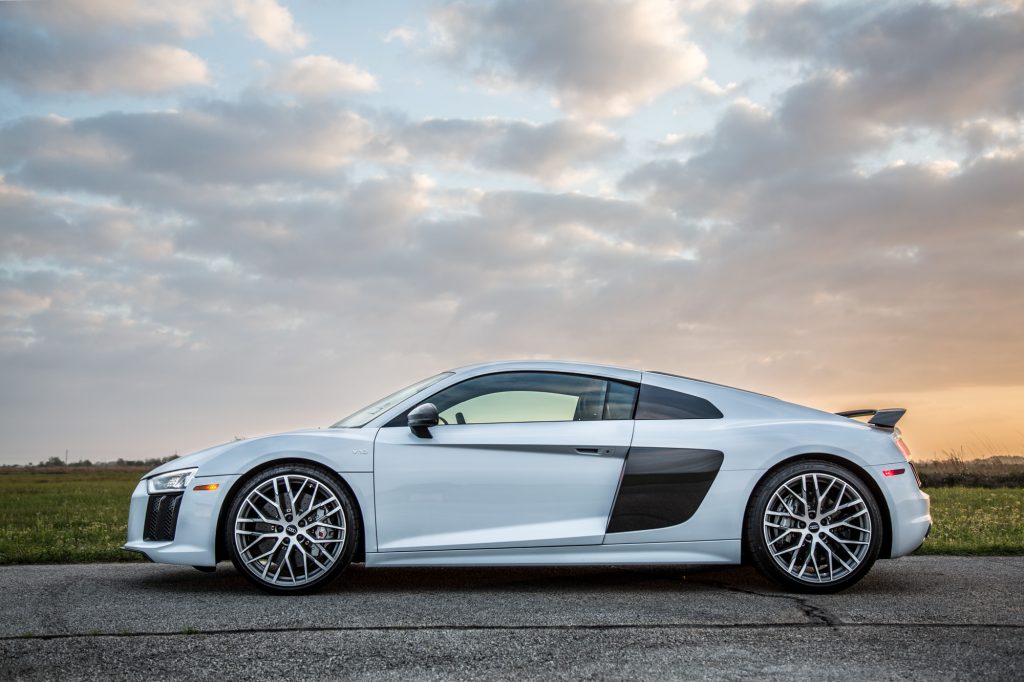 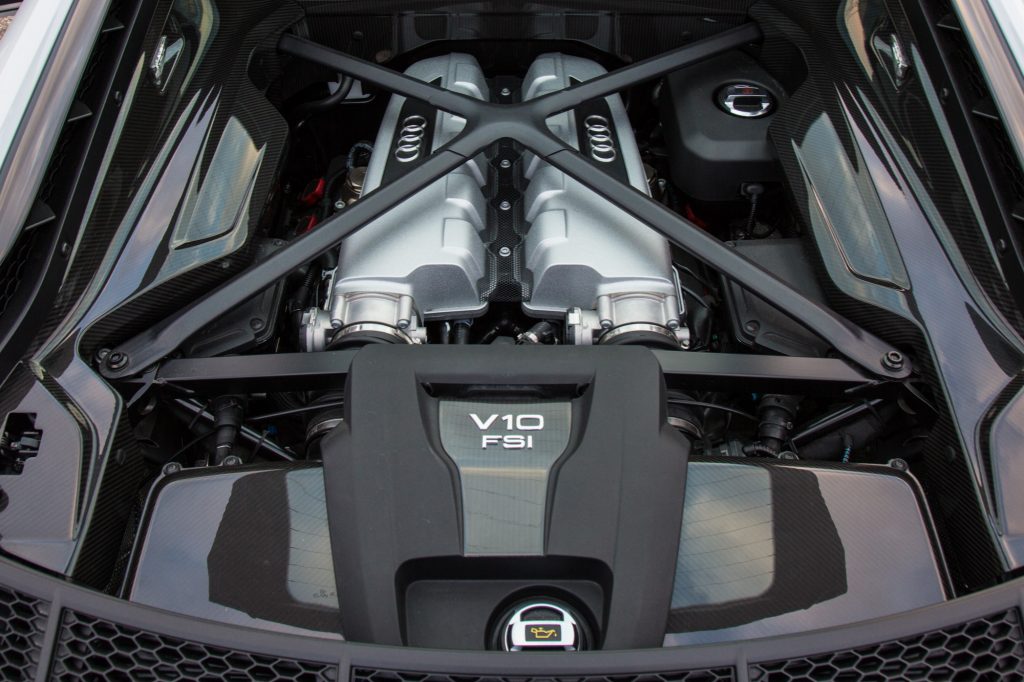 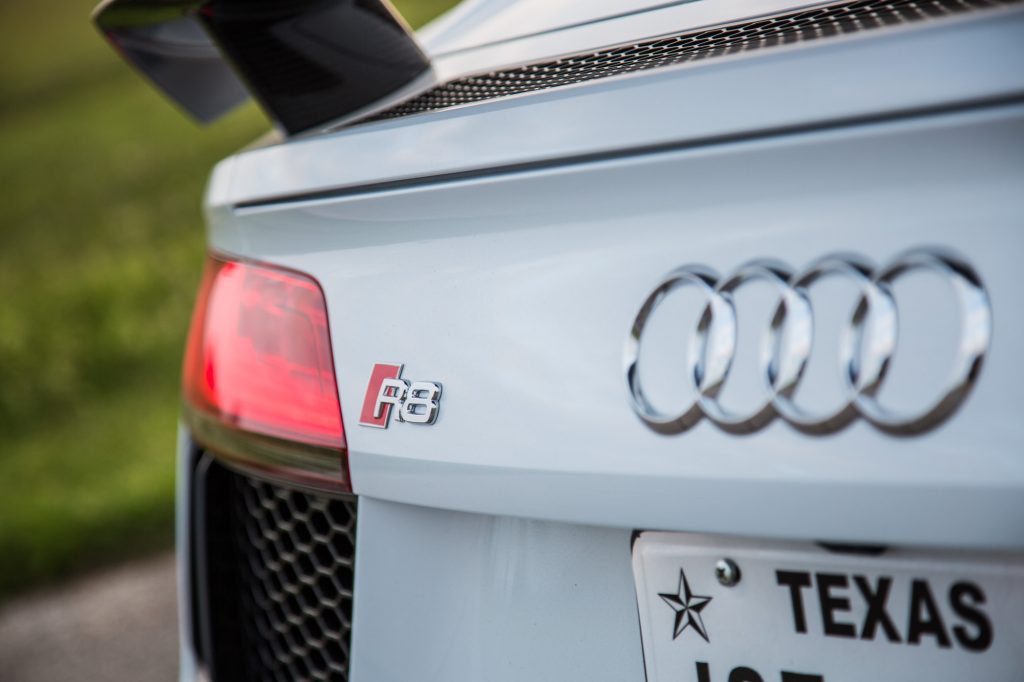 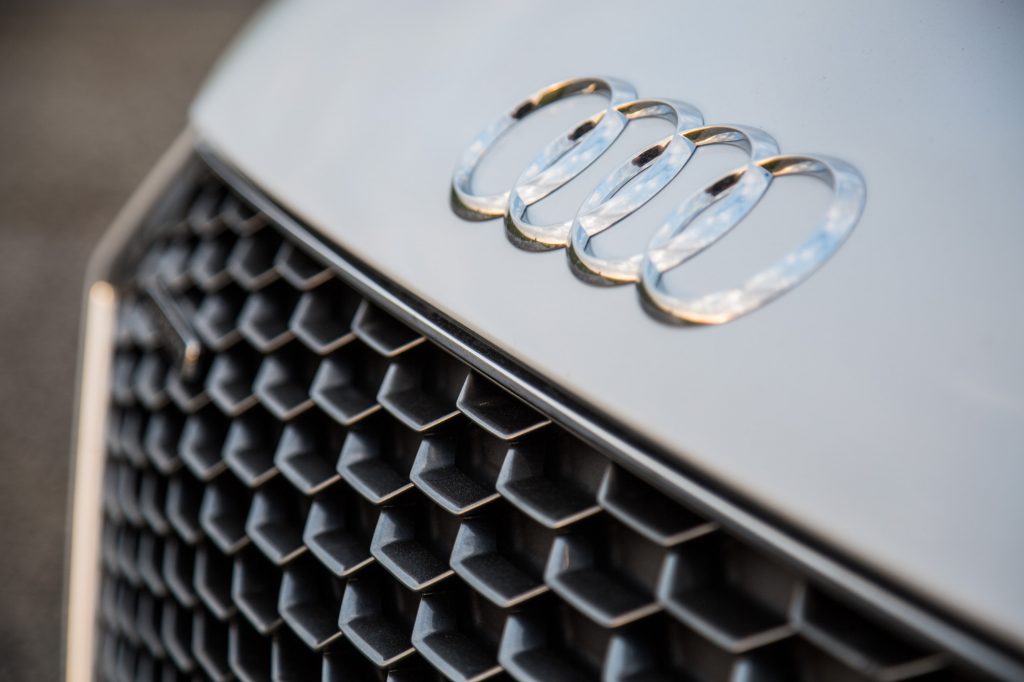 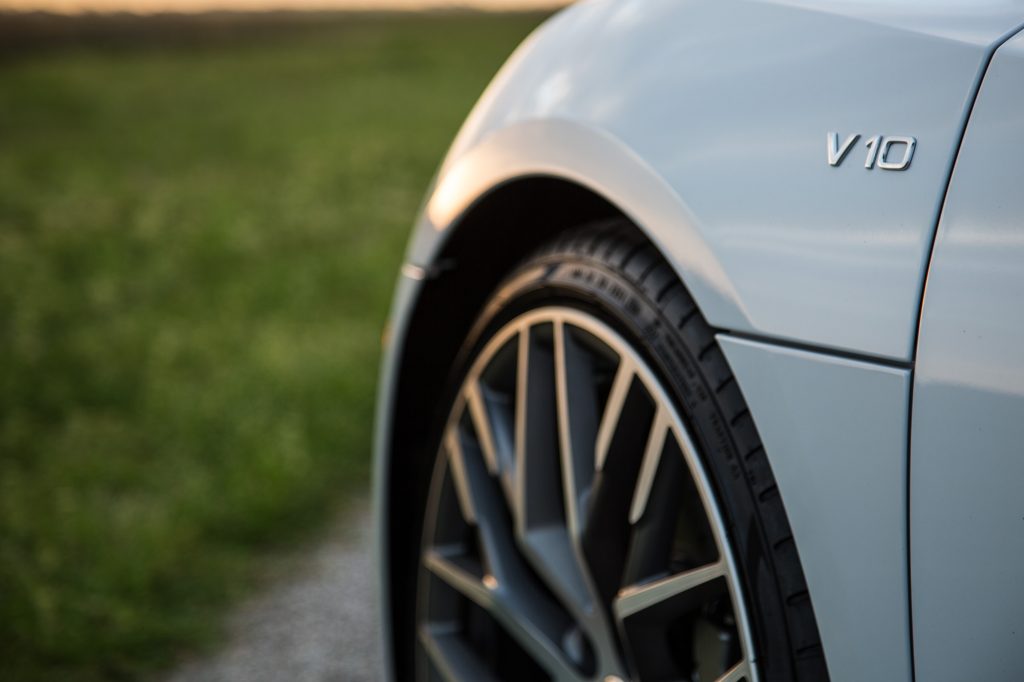 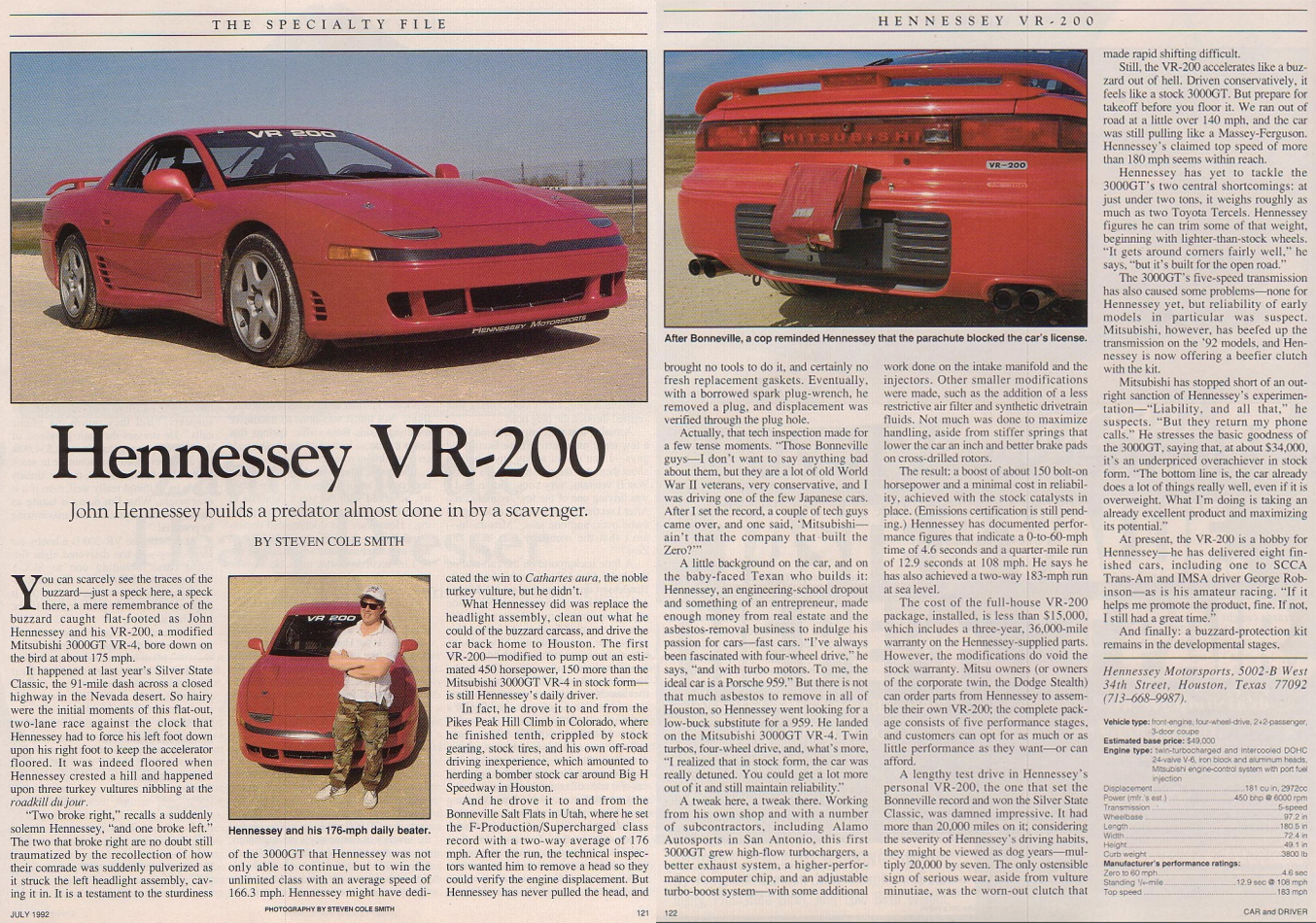