It wasn’t that long ago that supercharging a motorcycle was considered somewhat of a dark art. But now thanks to Mr. Kawasaki and their impressive H2, supercharging has become a hit. While Max Hazan’s latest creation is proof of this, his final product couldn’t be more different than the modern masterpiece of the H2. Instead, Hazan has built a wild board-tracker style motorcycle with a modern dirt bike engine as the heart. He used a KTM 520cc 4-stroke engine, and then he mounted an AMR350 supercharger that adds 300cc of induction air per revolution. With 8lbs of boost and 110-octane race gas the might KTM now cranks out 85hp, a near double jump in horsepower.

“There was no intention of making something practical,” says Hazan. And by the looks of it, there is nothing practical in sight. Utilizing the board-tracker style, the frame features a rigid rear end and a unique springer front end. Because practicality was low on the totem pole, the KTM received only 1 disc brake, and it’s not on either of the wheels. Instead, it’s an inbound unit that slows the drivetrain. Sounds crazy, but so does an 85hp single cylinder KTM. This brake setup allowed for some beautiful baren wheels, giving the KTM a sleek and streamlined look. The bodywork is also quite impressive, with a gorgeous sheet metal tank making up a majority of the aesthetics. The build also features a gorgeous radiator, and it utilizes sections of the frame to transport vital fluids between components. Supercharging a motorcycle may no longer be enough to be considered captivating, but everything else on this build sure is. 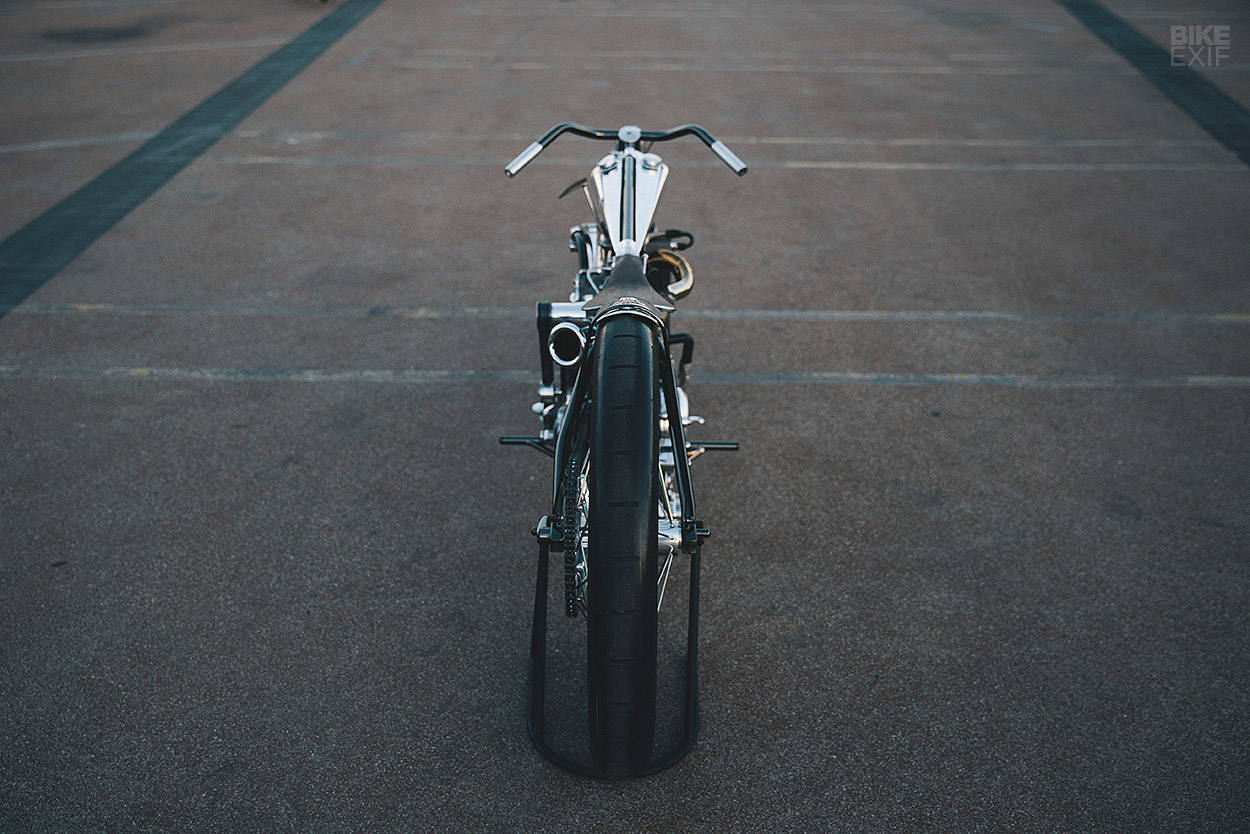 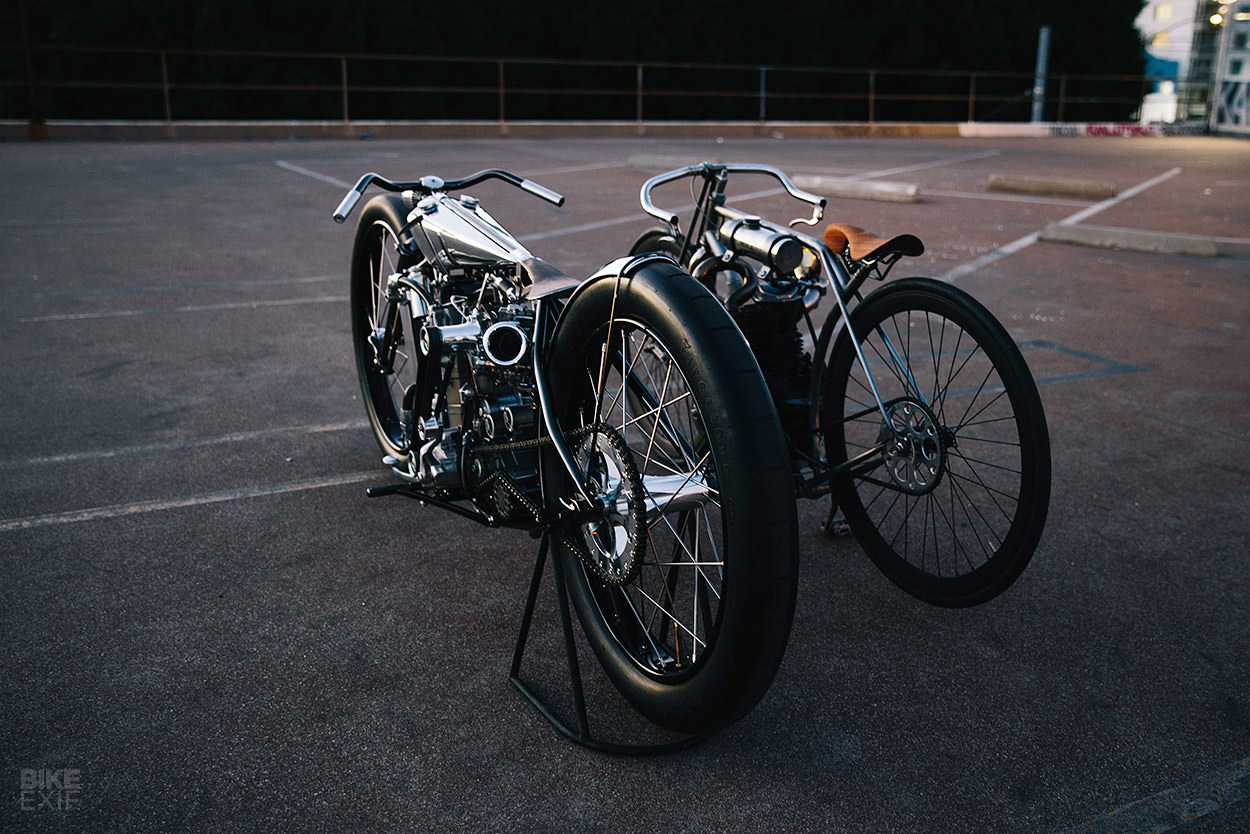 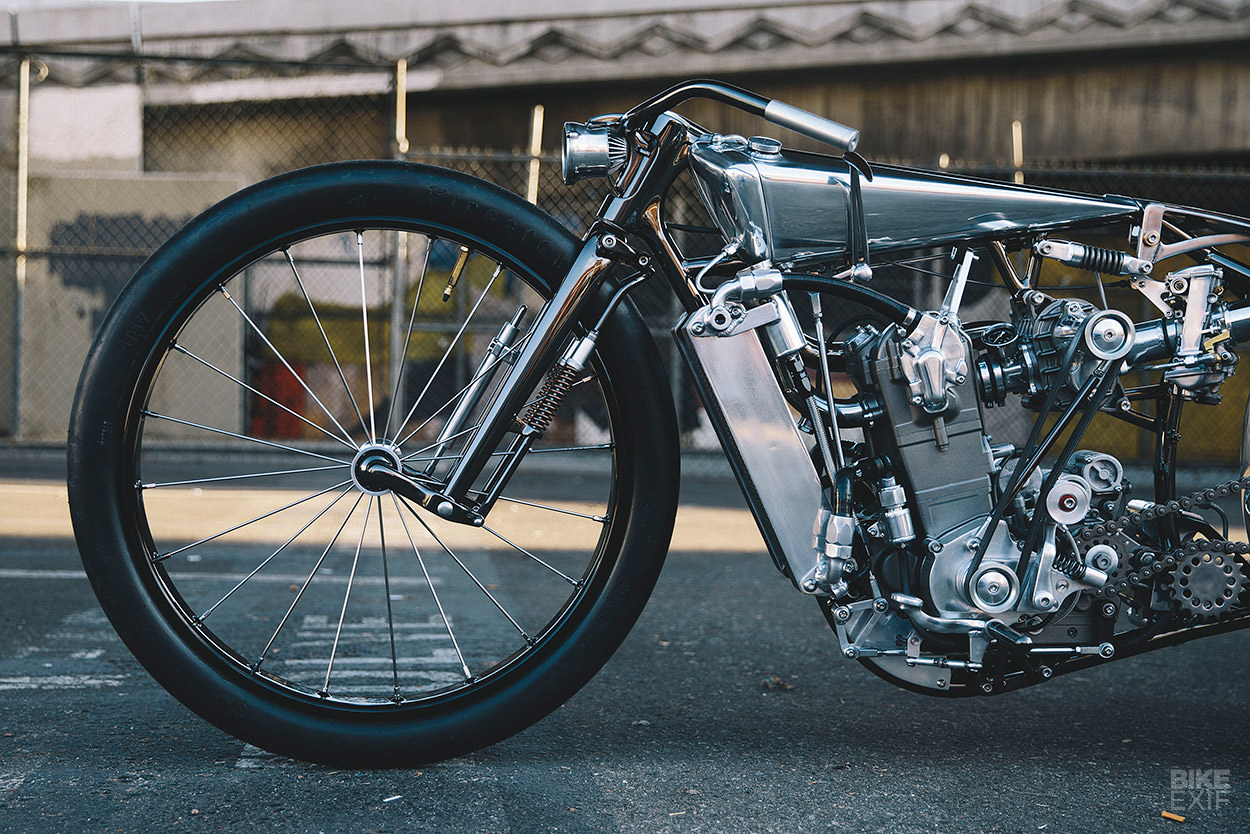 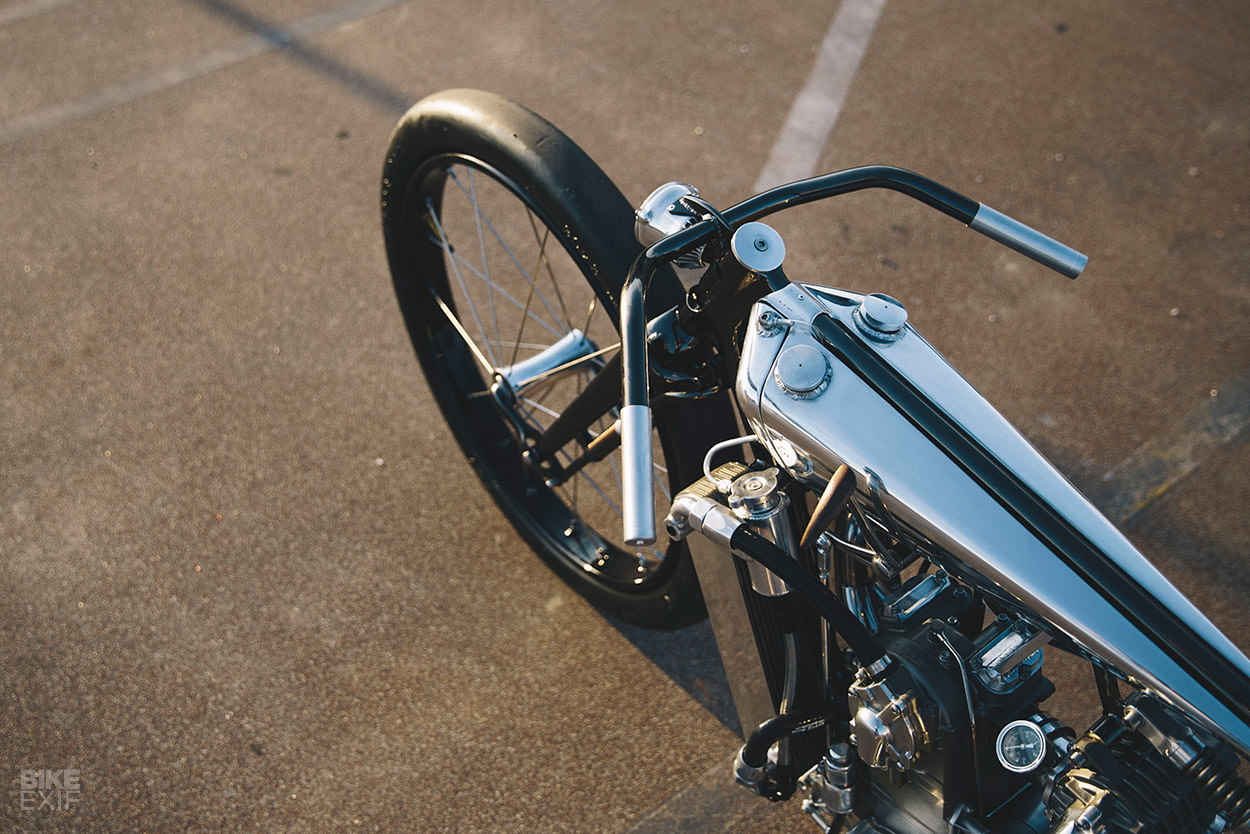 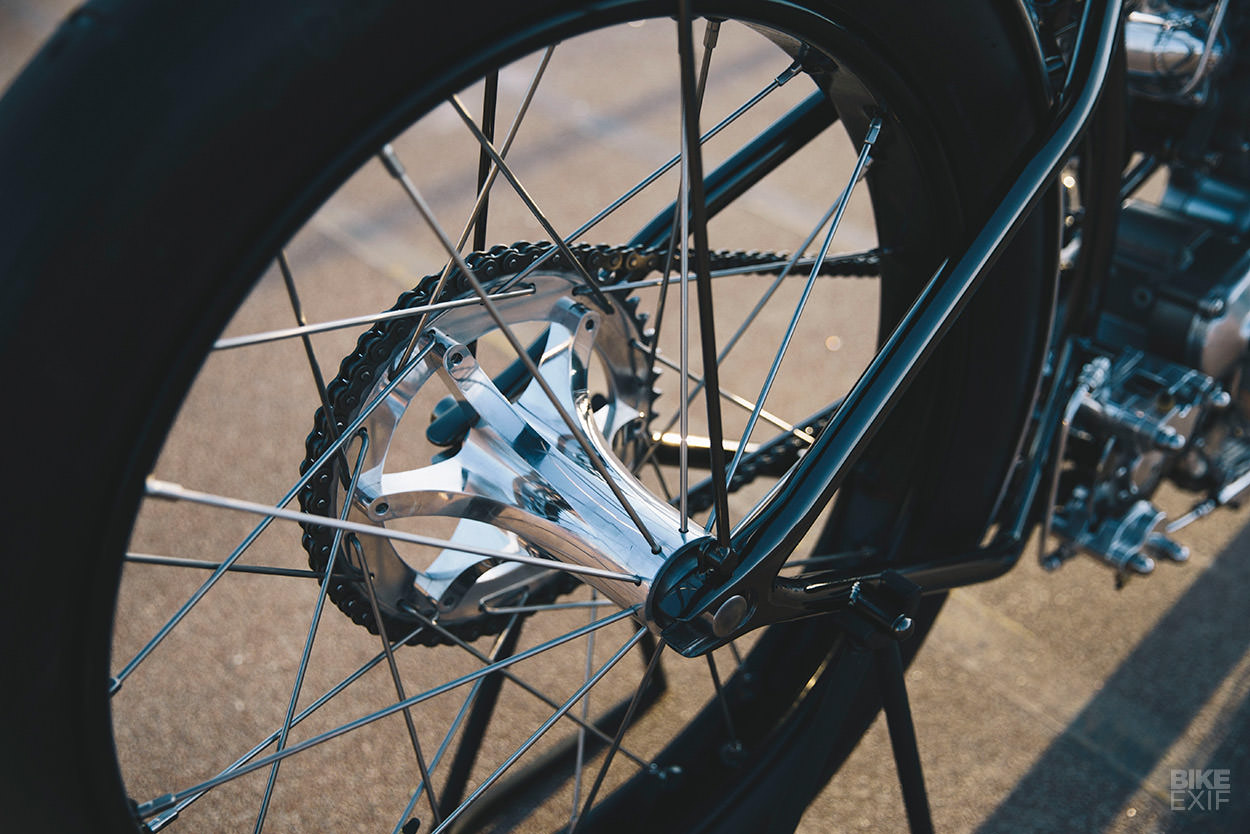 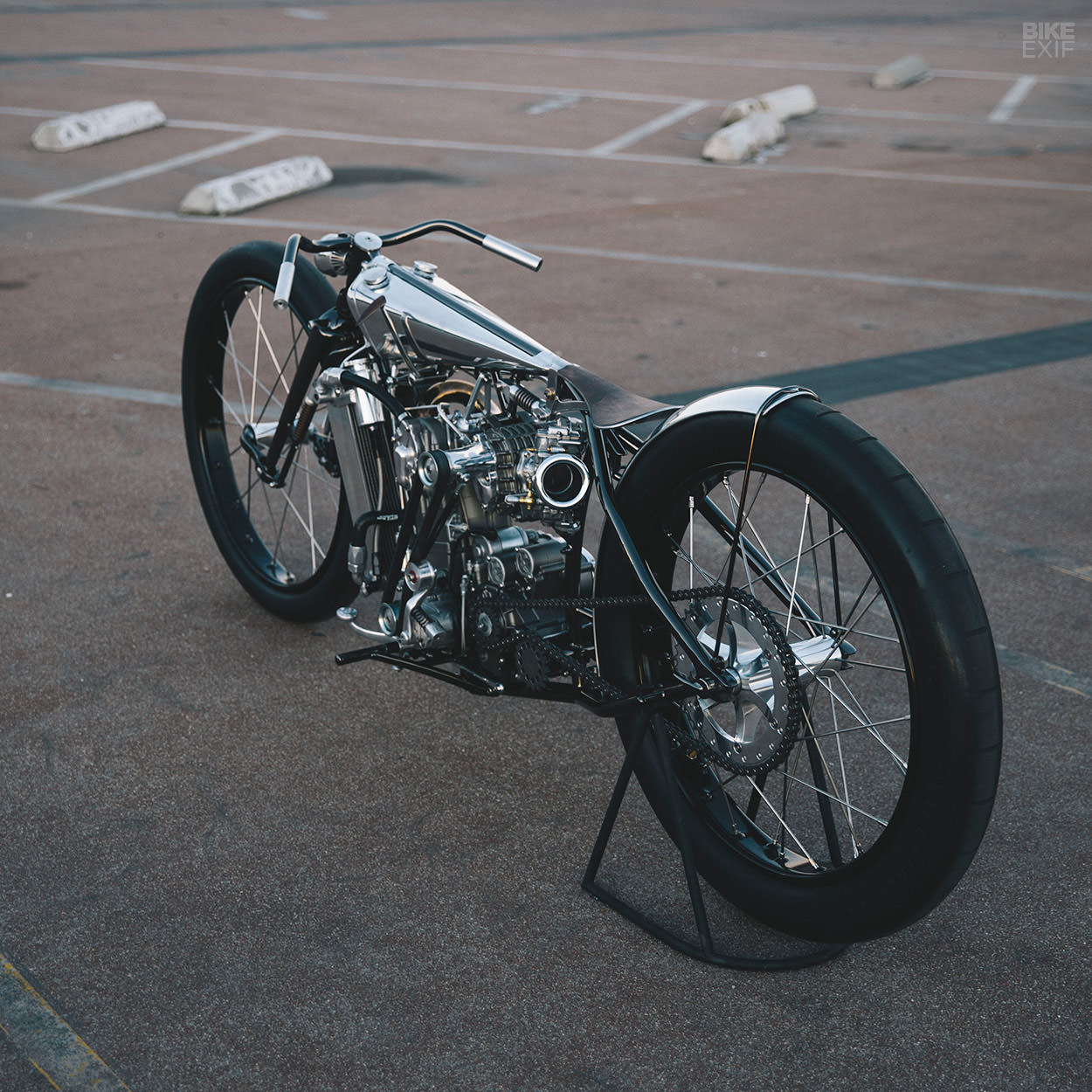 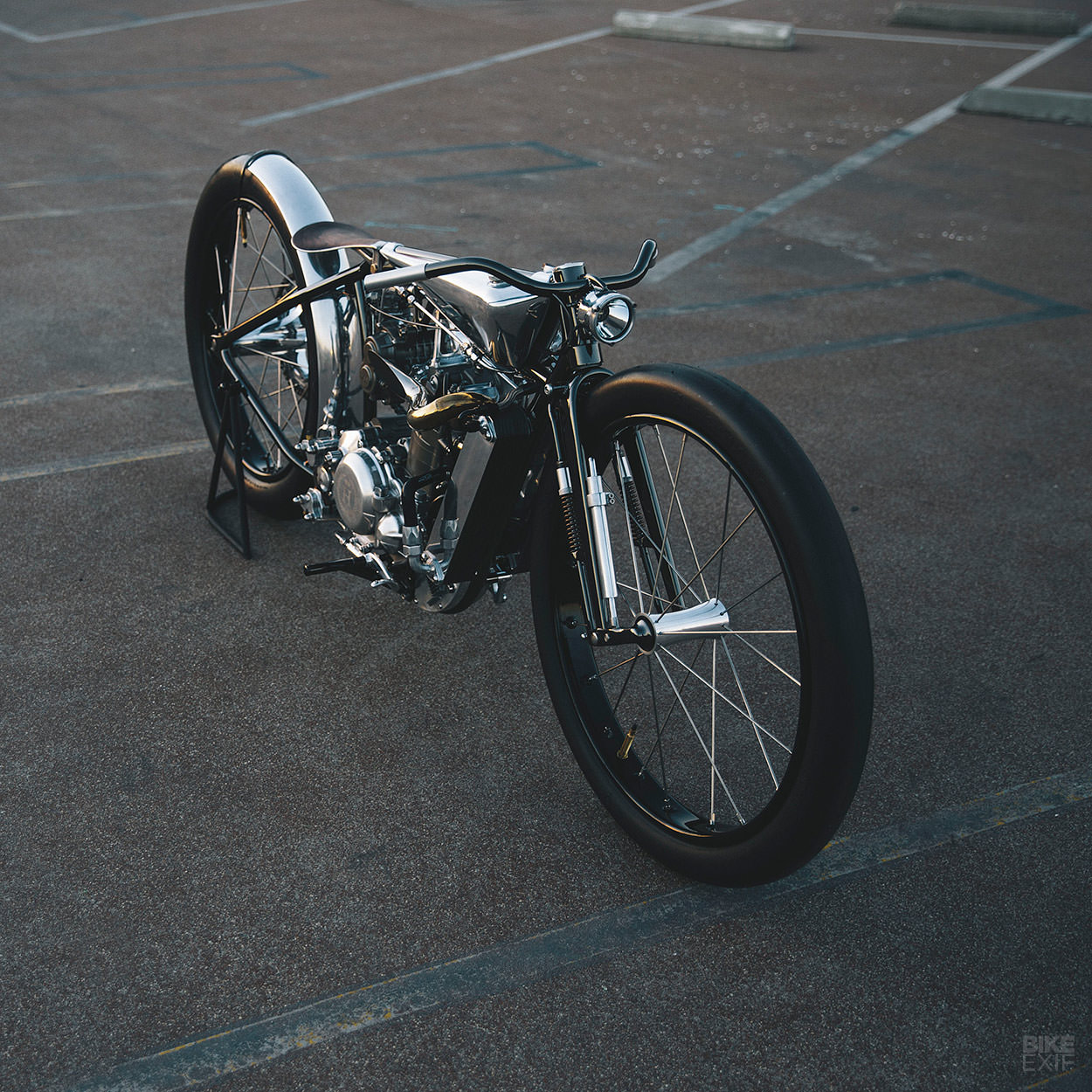 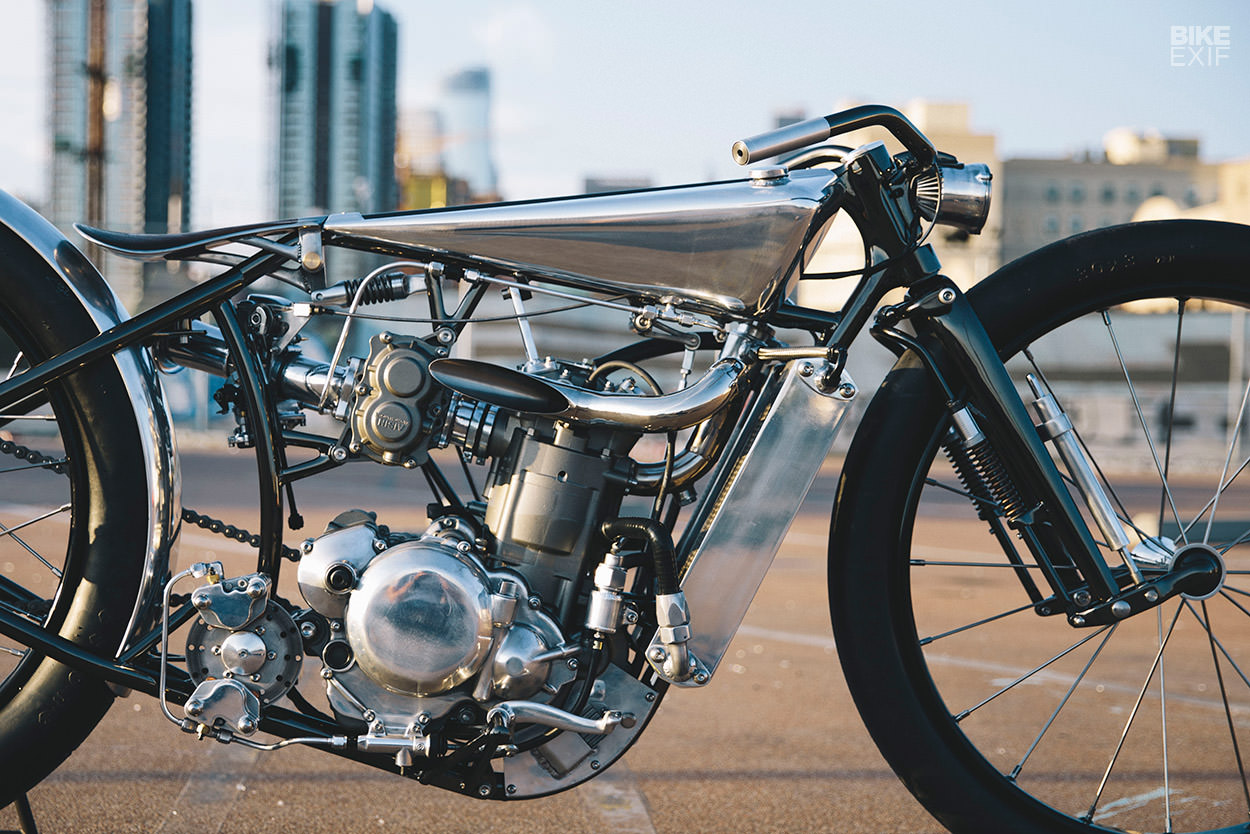 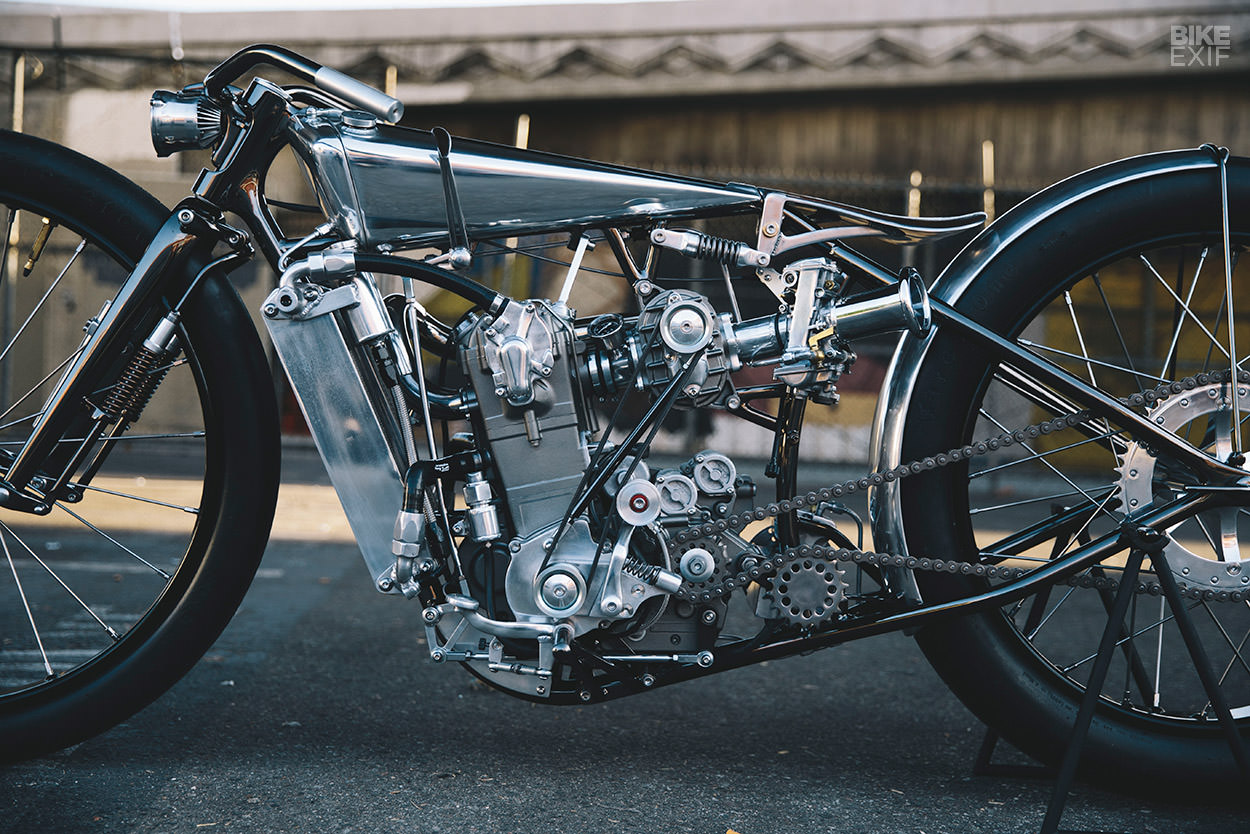 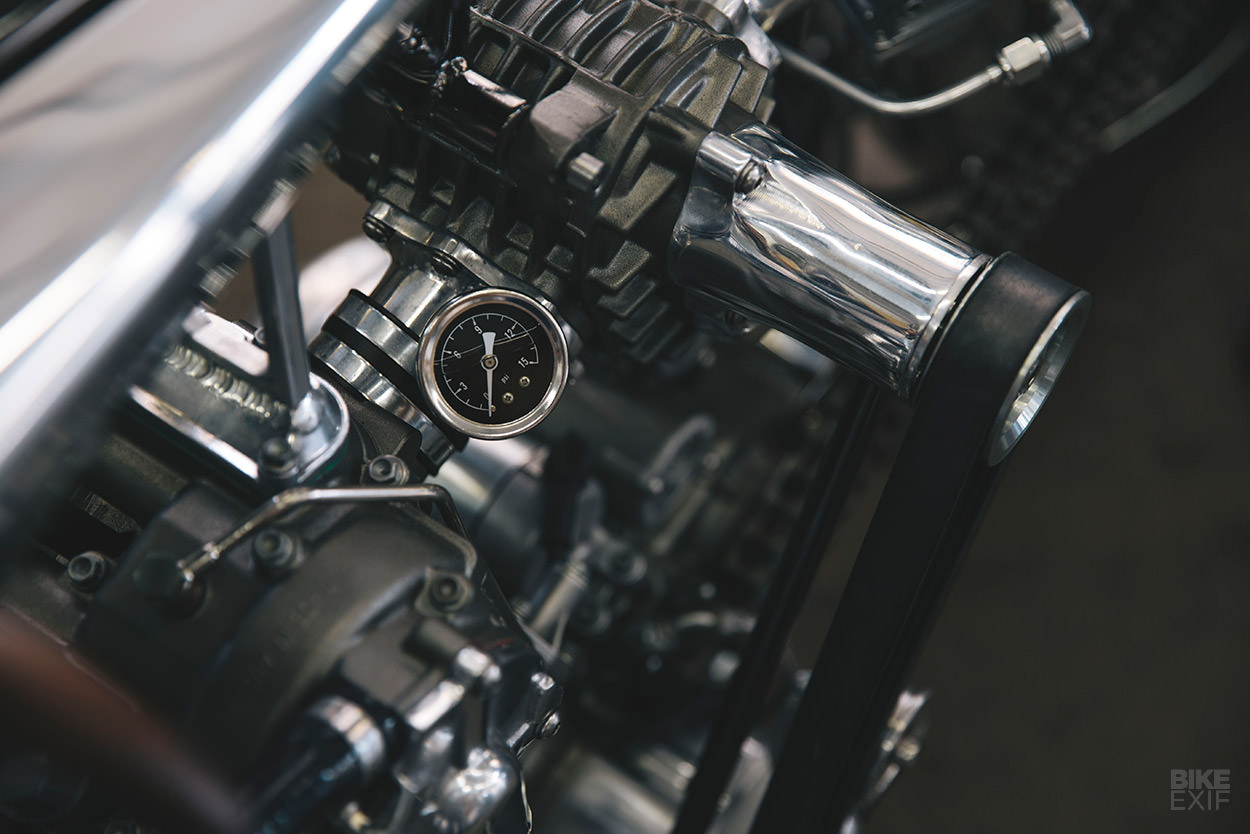 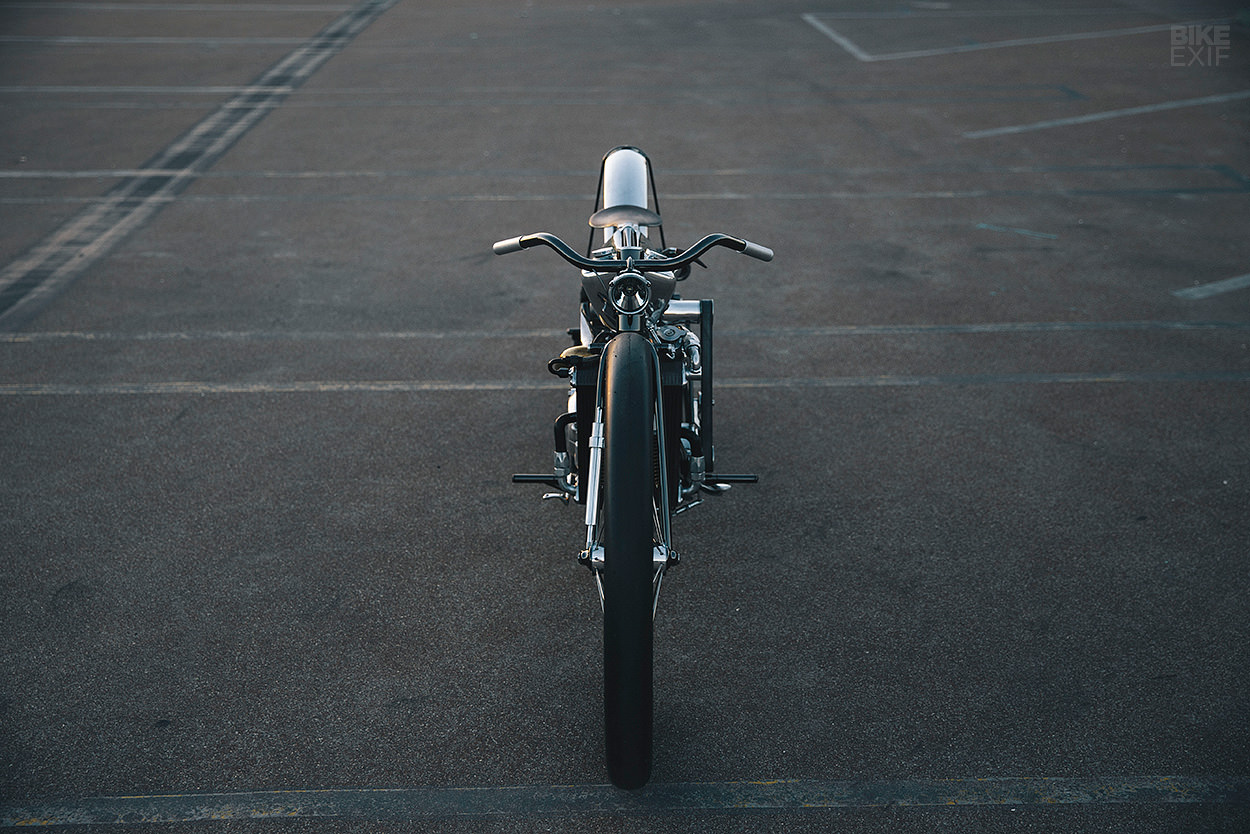 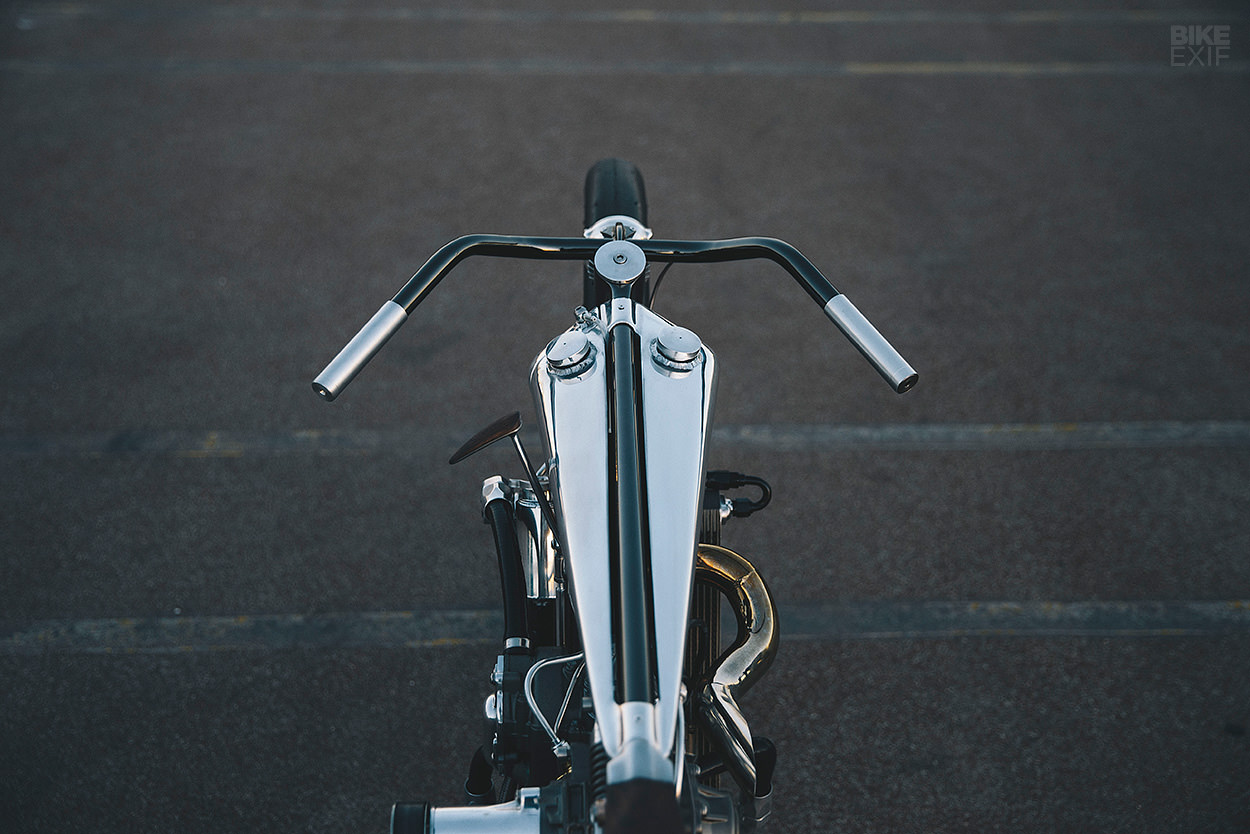