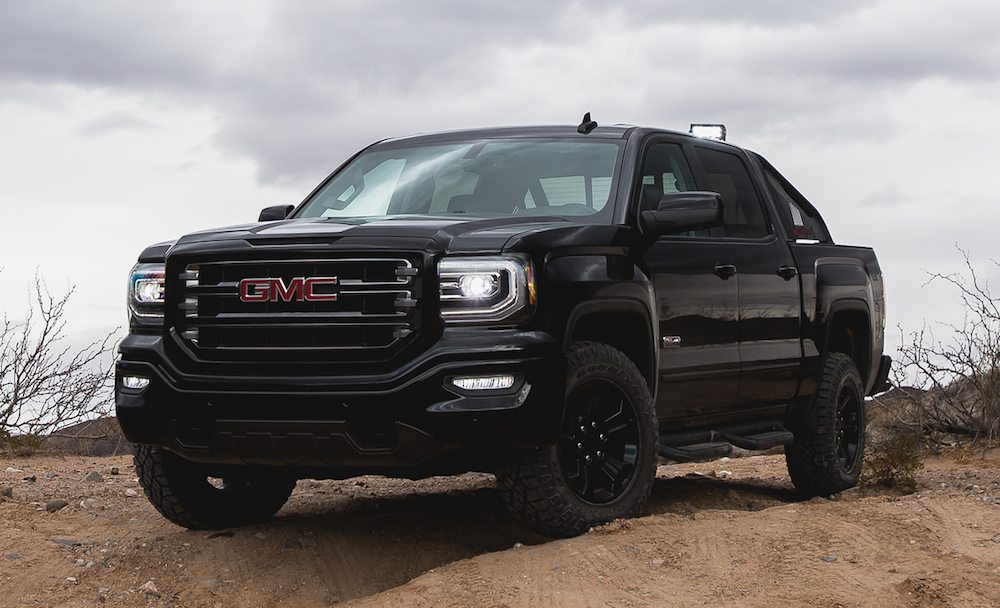 When I saw that GMC was releasing the All Terrain X and that they were marketing it as some much needed competition to the all Mighty Raptor I must admit I got that feeling that you got when you were a kid and found your new favorite toy. Has GMC finally brought the All Terrain Concept truck that they teased us with so long ago? The one that is a real deal off road juggernaut like the Raptor and not just a fancy color scheme and a beefed up Z71 package like their many failed attempts before? 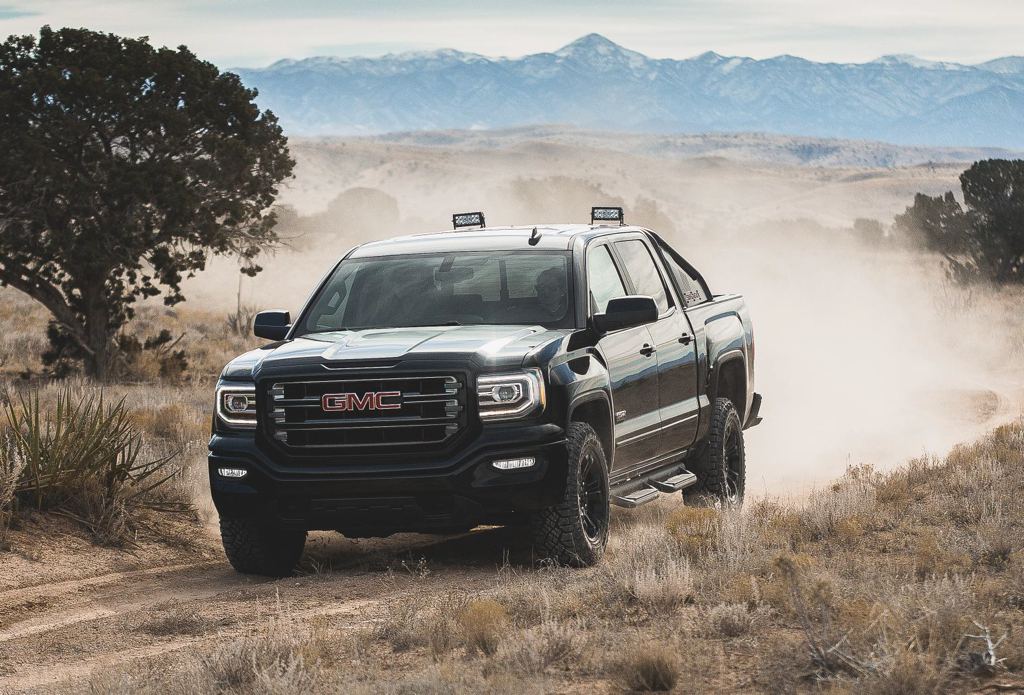 Well folks, it breaks my heart to say it because I love GMC trucks and have never liked Ford trucks in the past. This GMC All Terrain X is not even playing the same game as the Raptor so it damn sure isn’t any direct competition for the Raptor. General Motors released that the All terrain X will use the standard Sierra 1500 with full time AWD and believe it or not, the Z71 Off Road package with hill decent. But wait, you also get high capacity air cleaner! I mean come on what is it going to take for someone to realize that Ford is dominating the production Off Road bad ass truck game with the Raptor. What these other companies are failing to realize is that Ford is taking this idea straight to the bank because they know everyone wants the Raptor even if they cant afford it. But when they can’t afford the Raptor, they get the next best thing which of course is the Ford F-150 and try to make it look like the Raptor or at least pretend that ” one day Im gonna turn it into a Raptor when I the money”. 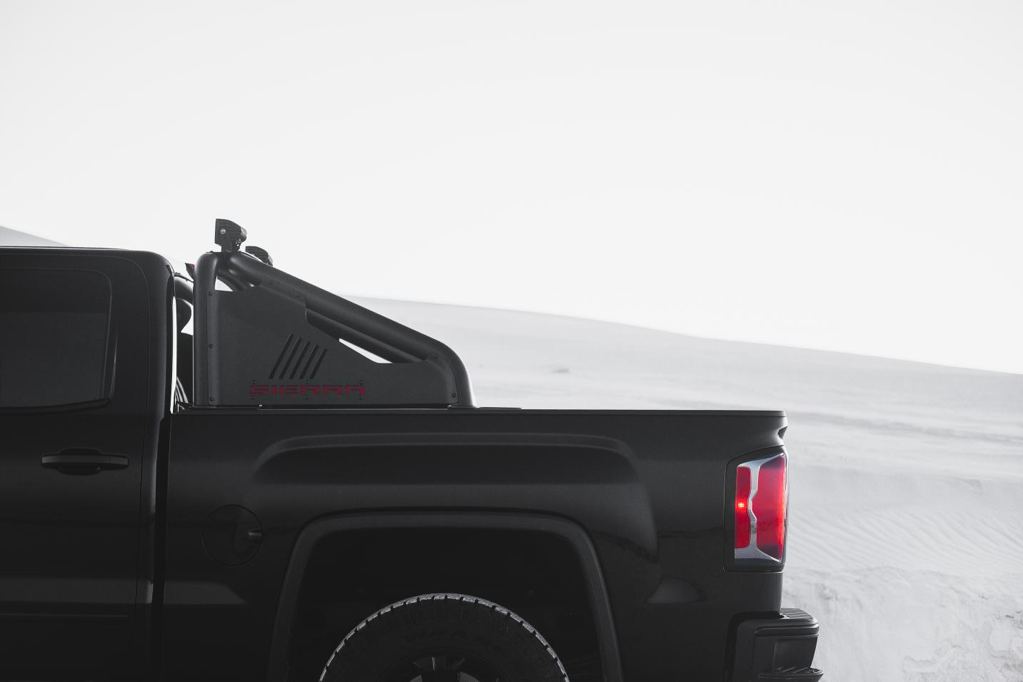 It’s sad because in my opinion the GMC looks great. It’s all blacked out and comes standard with an LED off road light package. Not quite sure how I feel about the square wheel wells but for the most part the truck looks fantastic. Another thing we need to talk about is the powertrain for the truck, it comes with the 5.3L 365HP V8. Which I guess which technically that means the X beats the Raptor in one very small sub category, a V8 vs. the next-gen Raptor’s V6. That doesn’t mean more power so lets call it engine noise so as not to get anyone confused or mislead them. Even the outgoing Raptor had more power then this All Terrain X with 411hp and the new one is predicted to have 450-550hp. It’s just so hard for me to wrap my head around having a V6 in a full size off road beast and it really is the one disappointing thing about the upcoming Raptor.

So lets wrap this up by saying, well no lets grovel a bit, pretty please GM will you please go and take the Silverado that BJ Baldwin drives in his Recoil videos and this new All Terrain X and have them make a baby and then release that. Then you can go play the same game that the Mighty Raptor is playing now and who knows you might even become the new benchmark. 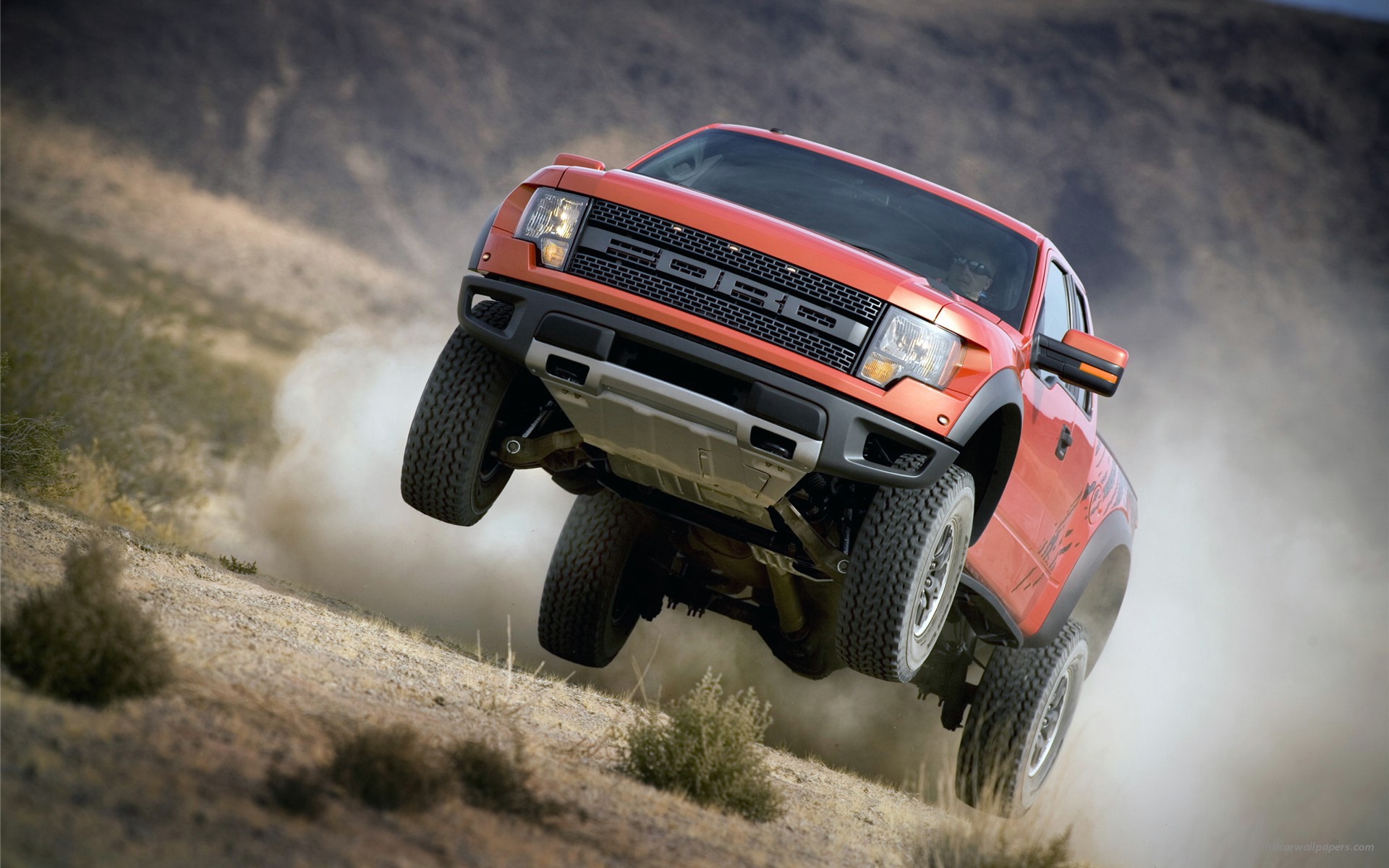