Yes it’s true, even though Ford still doesn’t have the slightest bit of competition for the Raptor, they have gone ahead and made it even more bad ass. They are calling it the Raptor Race Truck and its scheduled to compete in the new Factory Stock Class in the 2016 Best in The Desert Off-Road Racing series. That’s right, the Raptor is good enough that they have literally created a STOCK Off-Road Racing series. Now, they didn’t name it the Raptor Racing series although they totally could. They named it Factory Stock Class, so if that’s not yet another invitation to GM, Dodge, Toyota and Nissan to come play with the big boys and finally bring something that would warrant a genuine comparison to the Raptor. 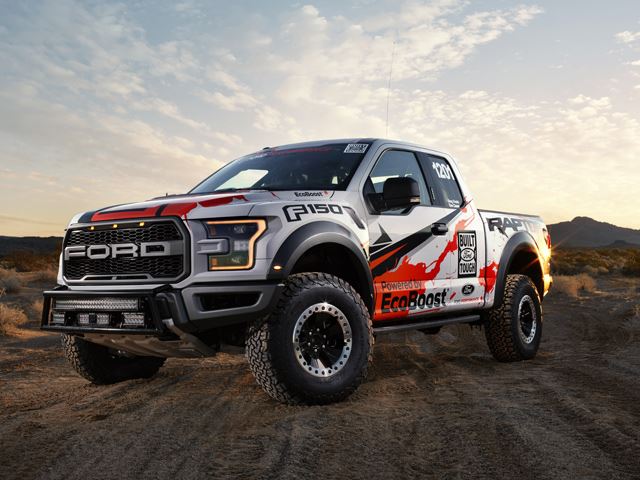 The Racing Raptor is based off the 2017 Raptor utilizing the military strength aluminum alloy body, high strength steel frame and the all new high output 3.5L ecoboost V6 connected to the brand new 10 speed transmission. Major modifications for the Race truck are the Race optimized 3inch external bypass front and rear Fox Racing Shox as well Race optimized front and rear springs that increases ride height which provides better ground clearance and compression rate over extreme terrain. But other than the fully custom fabricated roll cage, Master Craft seats and 5 point racing harness, GPS and data loggers in the dash and LED light bars and a racing fuel tank its a completely stock 2017 Raptor. 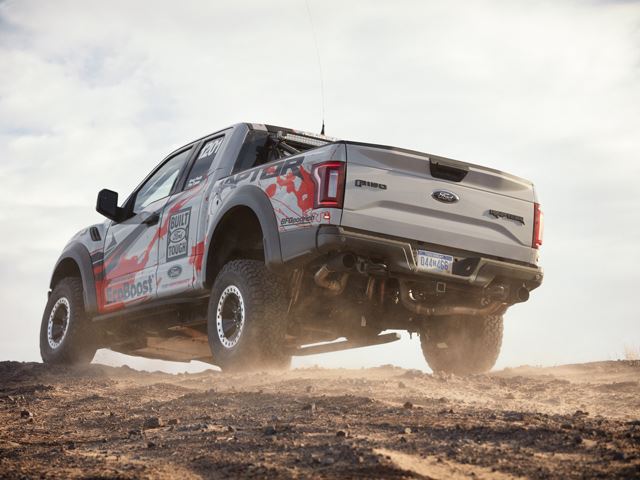 The First event of the 2016 Best in The Desert Off-Road Racing series kicked off this last weekend at the Parker 425 in Parker, Arizona. The Raptor Race Truck was running like a champ for the first 143 mile lap of the 2 lap race but unfortunately due to some “electrical issues” it was not able to finish the race and post any sort of time. According to the Twitter time stamps, it’s estimated that the first lap took about 4 hrs. The winner of the event finished in roughly 4 hrs and the last place finisher took over 11 hours. It’s safe to say that if the Race Raptor continued the 4hr pace it set on the first lap before catastrophic electrical problems, it could have finished about the middle of the pack. Which considering this is a full blown baja-style off road racing series with trophy trucks and buggies, that’s really saying something for a mostly-stock Ford truck to be placing that well among some serious competition 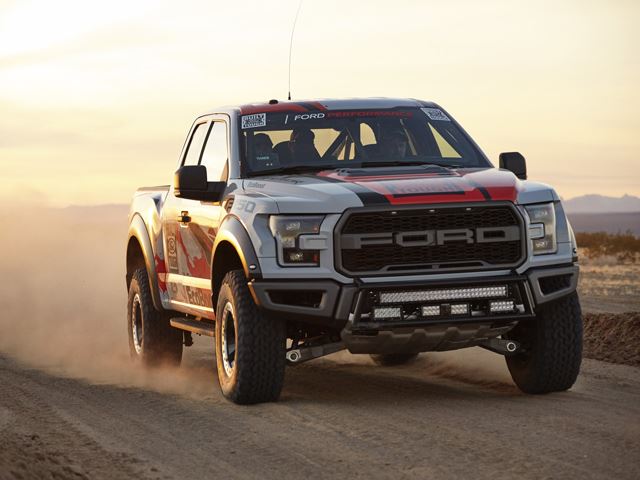 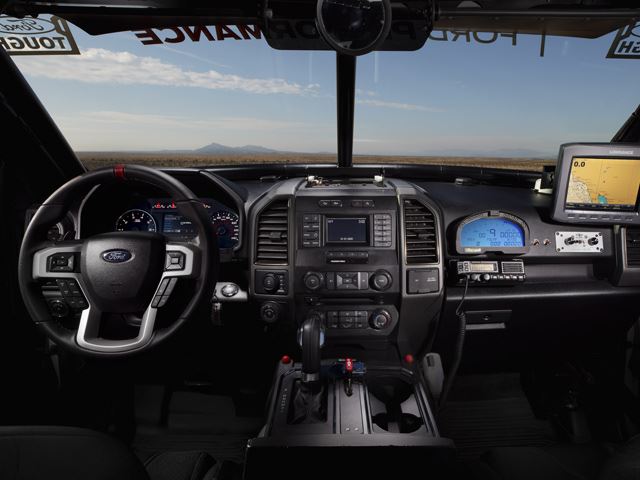 Another thing I wanted to talk about was what the Ecoboost is going to sound like. This has been an ongoing topic of discussion. Unfortunately, there is no good way to say it, it sounds terrible. It literally sounds like a tuner car. Maybe I should rephrase, it sounds terrible for a full size off road truck. Tuner cars sound amazing as far as tuner cars go, not hating on them by any means. Also, does anyone else find it odd that they are debuting the 10 speed transmission in a hardcore off road truck? It seemed to hold up pretty well in the Parker 425 although many speculate that the transmission might have been part of the “electrical failure” but it was denied according to Ford Racing representatives.

This video is just an off road enthusiast that was filming the race so its about 10 min long, but the first 30 seconds is of the Raptor Race Truck and it sounds Terrible.