I want to take a minute and explain what happened to me today. I was lucky enough to do something that I’ve always wanted to do, but never had a chance. I was able to sit in the passenger seat of a supercar and go for a ride on a canyon road. Not just any supercar either, it was a Ferrari specifically the F430. I’m not sure that my words will be able to truly give it justice but I promise to try. 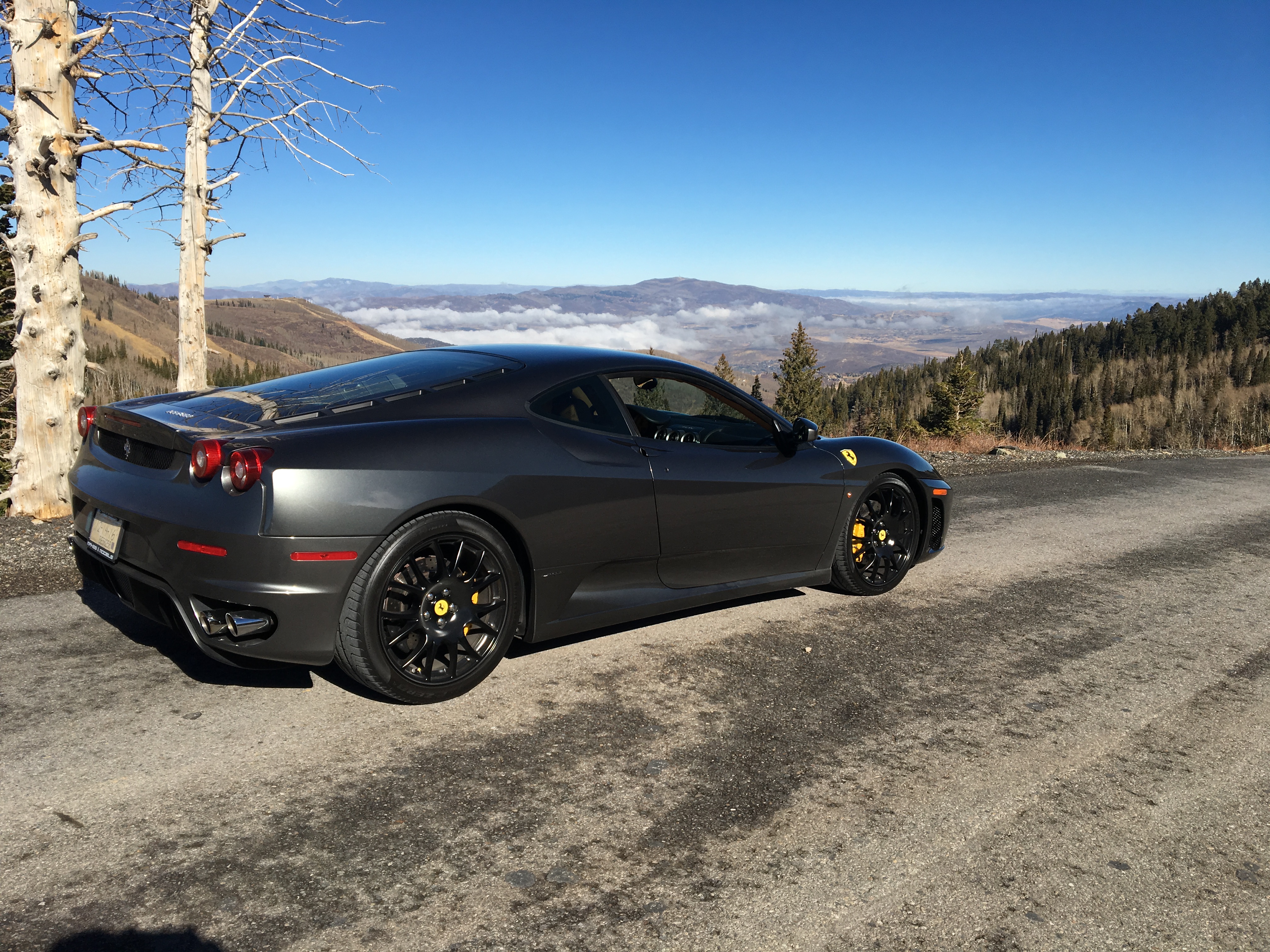 First off, I’ve been a car junkie as far back as I can remember and always dreamt about the day that I would have the opportunity to be in and around a supercar of any kind. But there’s always been a few specific cars that have always been a part of those fantasies, most of them being from Italy, such as Ferrari and Lamborghini. I was able to check one of those off the list today when I went for a joyride in an absolutely gorgeous Ferrari F430. 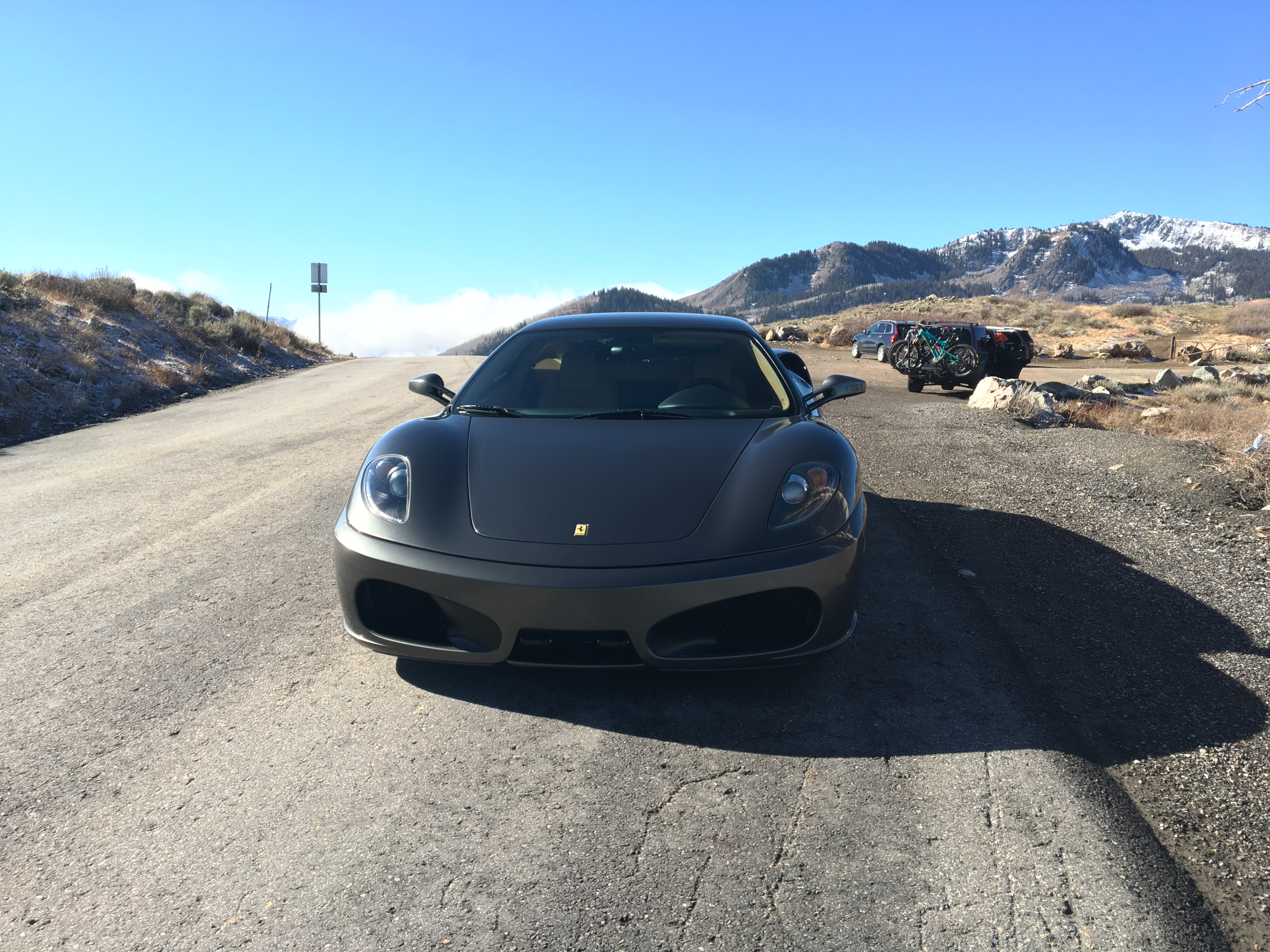 This particular F430 was a 2005 model with the F1 transmission and let me tell you, it was spectacular. The body lines of the F430 are so sleek and smooth yet aggressive in all the right places. More so than its predecessor the 360. It seemed as if every angle provided the perfect “kodak moment”. But one of my favorites had to be the rear of the car because you can see that badass Ferrari engine with the bright red valve colors screaming “look at me”! But as good as it looked on the outside, the real fun started when you pull the handle to open the door and crouch down to climb into this beast. 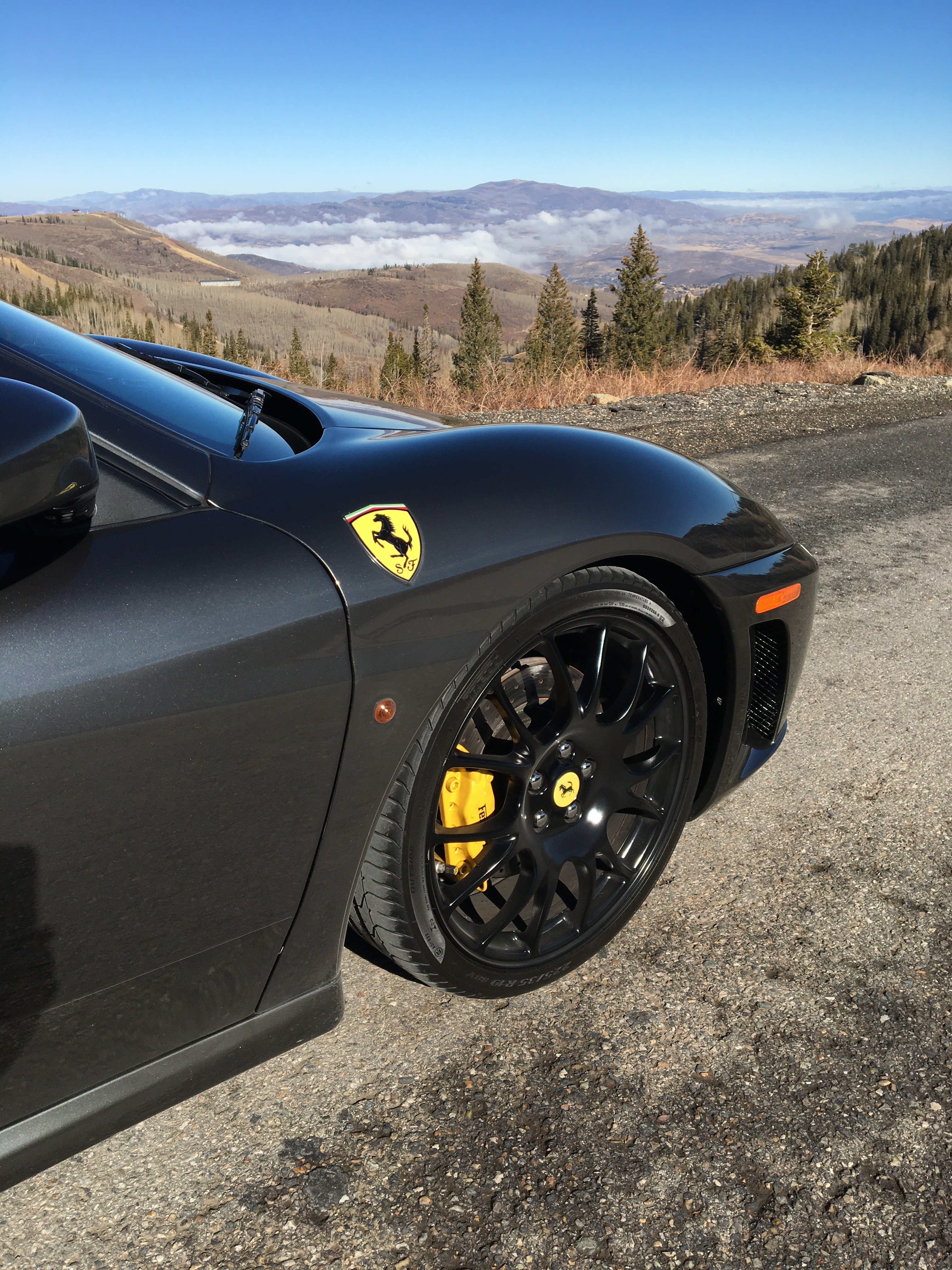 I’ve always known that supercars ride very low to the ground, but you don’t realize just how low until you actually sit in one. You literally feel as if your ass could drag across the pavement if you hit a bump. The seats are so bolstered that you get the sensation you’re being hugged from behind by a midget strongman with very short arms and his main purpose is to hold you in place no matter what. It’s blatantly obvious that only the highest quality materials were used to make the interior, but at the same time, it’s very minimalistic providing only what the driver needs. 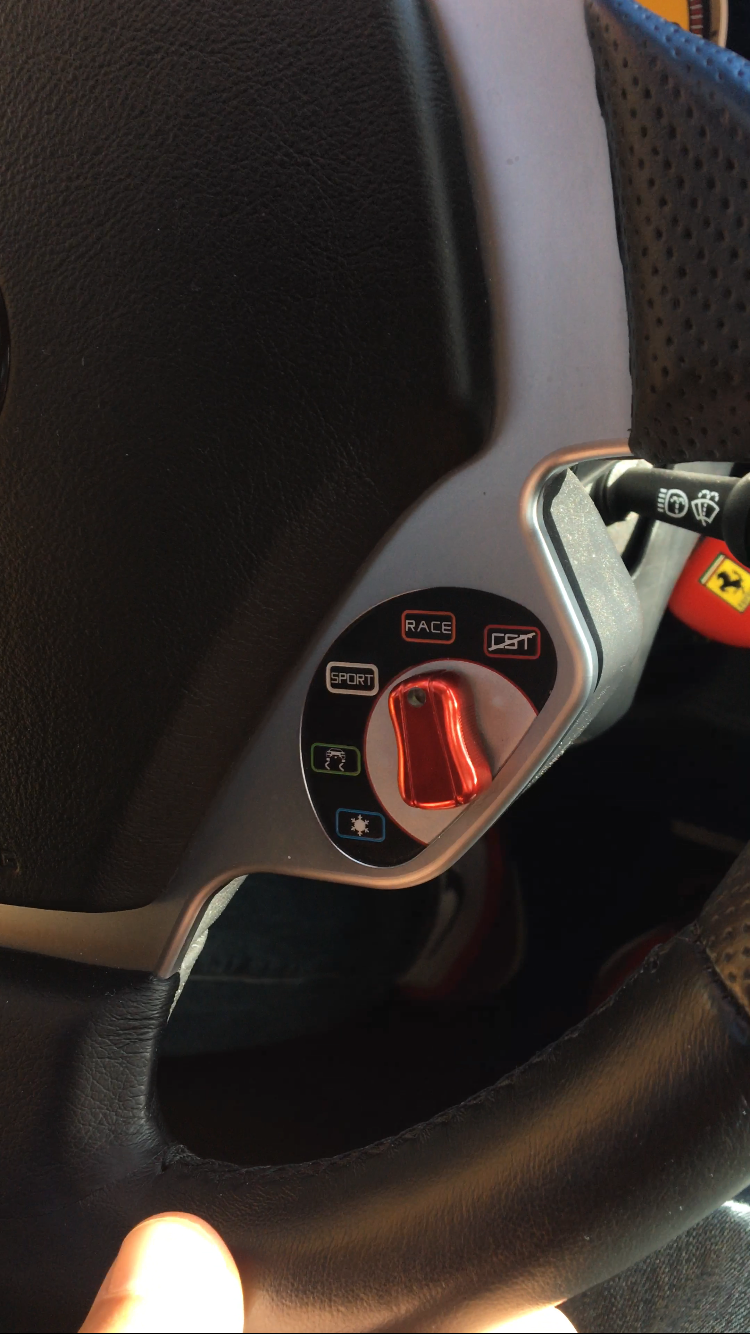 The best part is when that start button is pushed and that glorious, high-revving 4.3L naturally aspirated V8 comes to life. You can almost feel each one of the 490hp waking up and getting ready to put on a show, and that’s when suddenly I realized why Ferrari uses the prancing horse as a logo. Now that’s obviously not historically correct, but as far as I’m concerned that now makes sense to me. But again, the sound of that V8 when it comes to life is something so special. 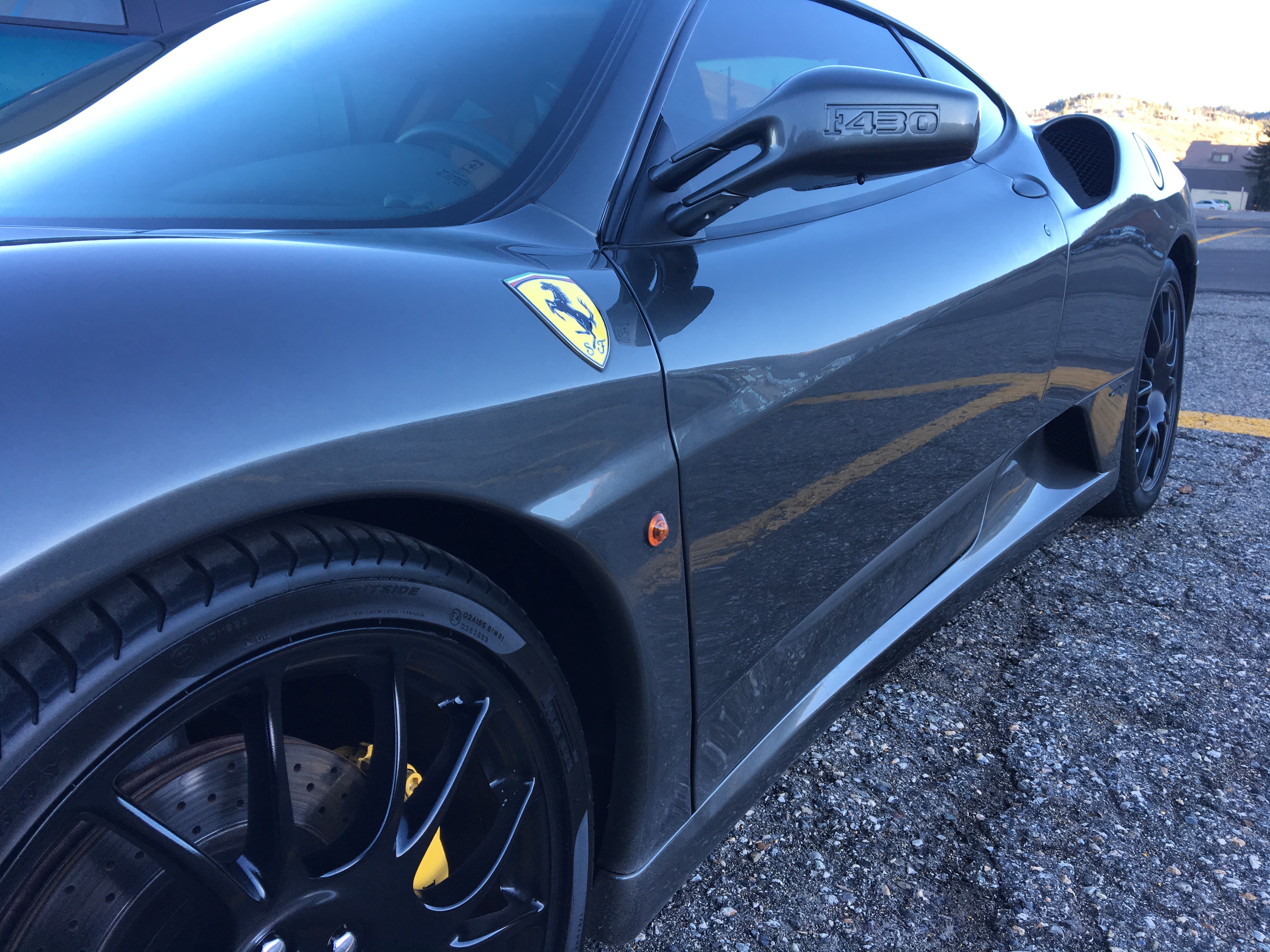 When I put on the seatbelt I could barely contain myself, I was so excited. I was finally going for a ride in a Ferrari! Now granted the ultimate dream is to eventually be the one behind the wheel, but in due time. Now this wasn’t a track day or anything like that it was just regular roads with regular traffic, but there was a sweet little canyon cruise at the end. We did, however, get to open it up ever so slightly where I got to see and feel, the true potential of this magnificent machine. 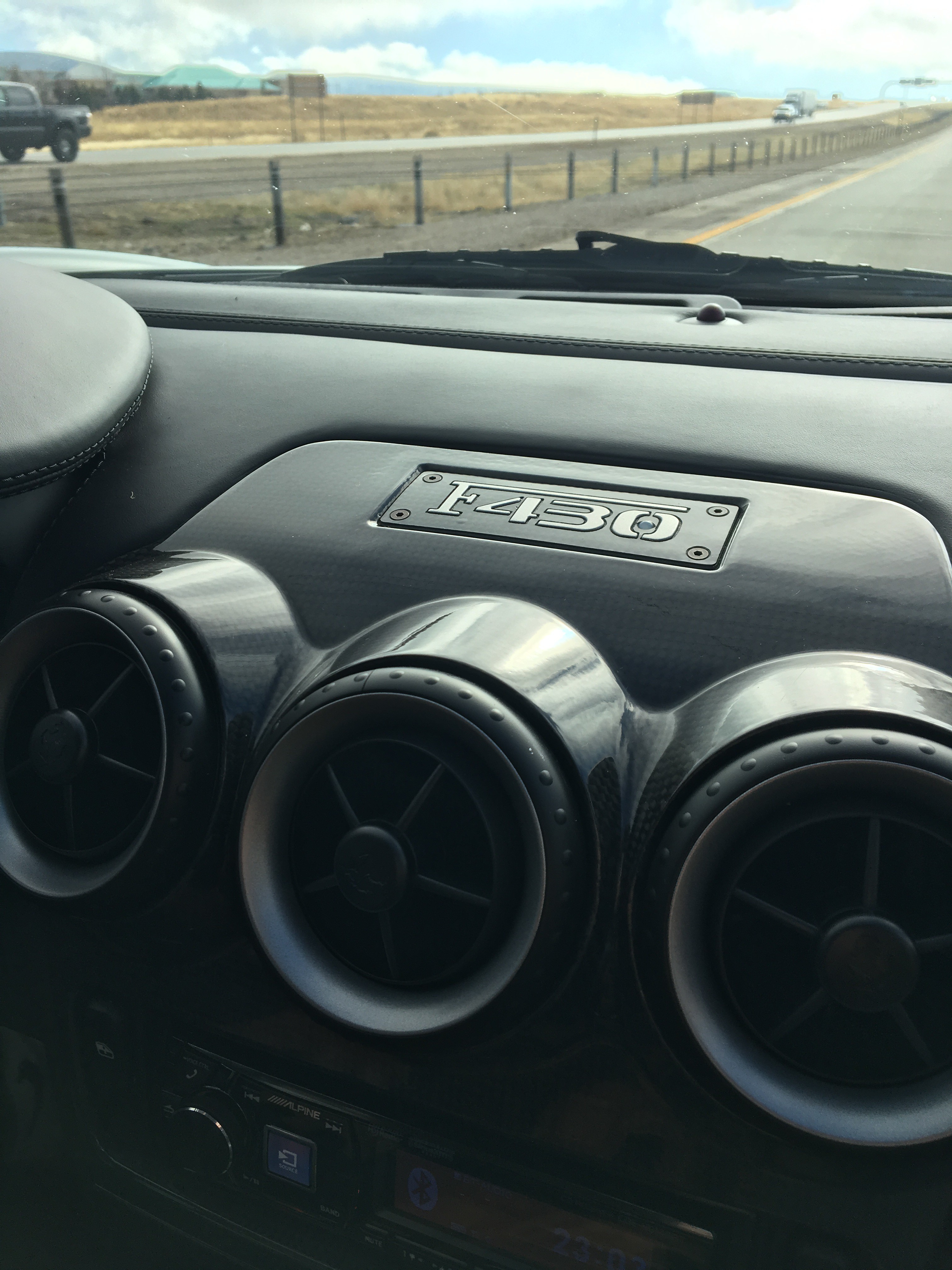 I have never been thrown into the back of the seat like that in any car I’ve ever been in. When that V8 is screaming up to 8500 RPM’s (that sound, wow!) you better be hanging on because you’re about to go for a ride. Ferrari themselves reported the 0-60 time to be 4.0, but there have been reports, by Car and Driver specifically, of it actually being down around 3.5 seconds. Either way, this thing is lightning quick. I can’t even imagine what it must be like in one of the newer models like the 458 or 488, because trust me this F430 is quite capable, to say the least. 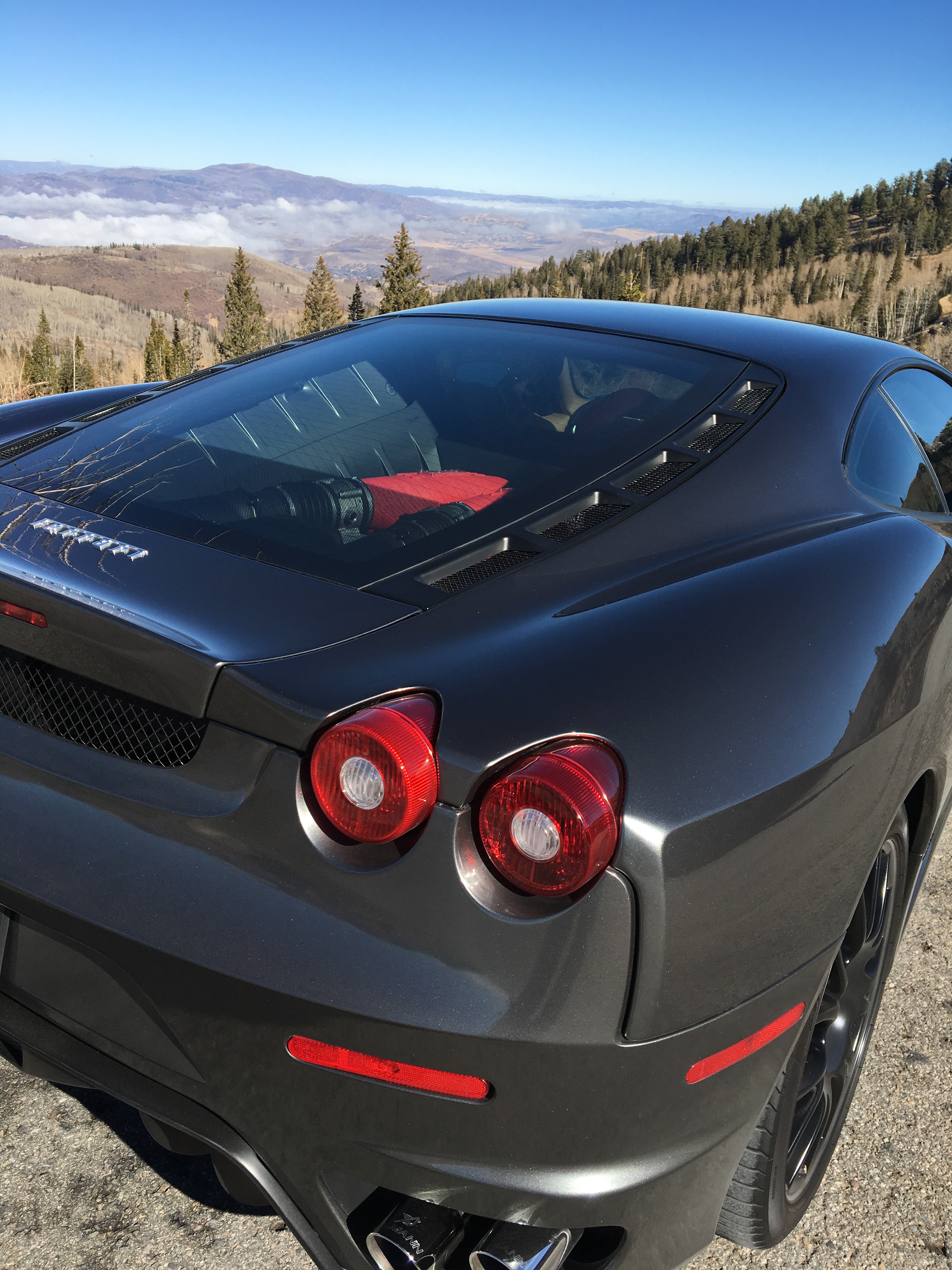 What really took me by surprise was how violent the shifting was. I remember hearing about how violent they can be in those high-powered supercars, but until you feel it you really don’t understand the magnitude of the what we’re talking about here. To add the cherry on top, after you’ve done some short little bursts of acceleration, again regular roads, you look over your left shoulder and realize there’s only a thin sheet of glass separating you and that stunning rear mounted Ferrari engine sitting right behind the seats. 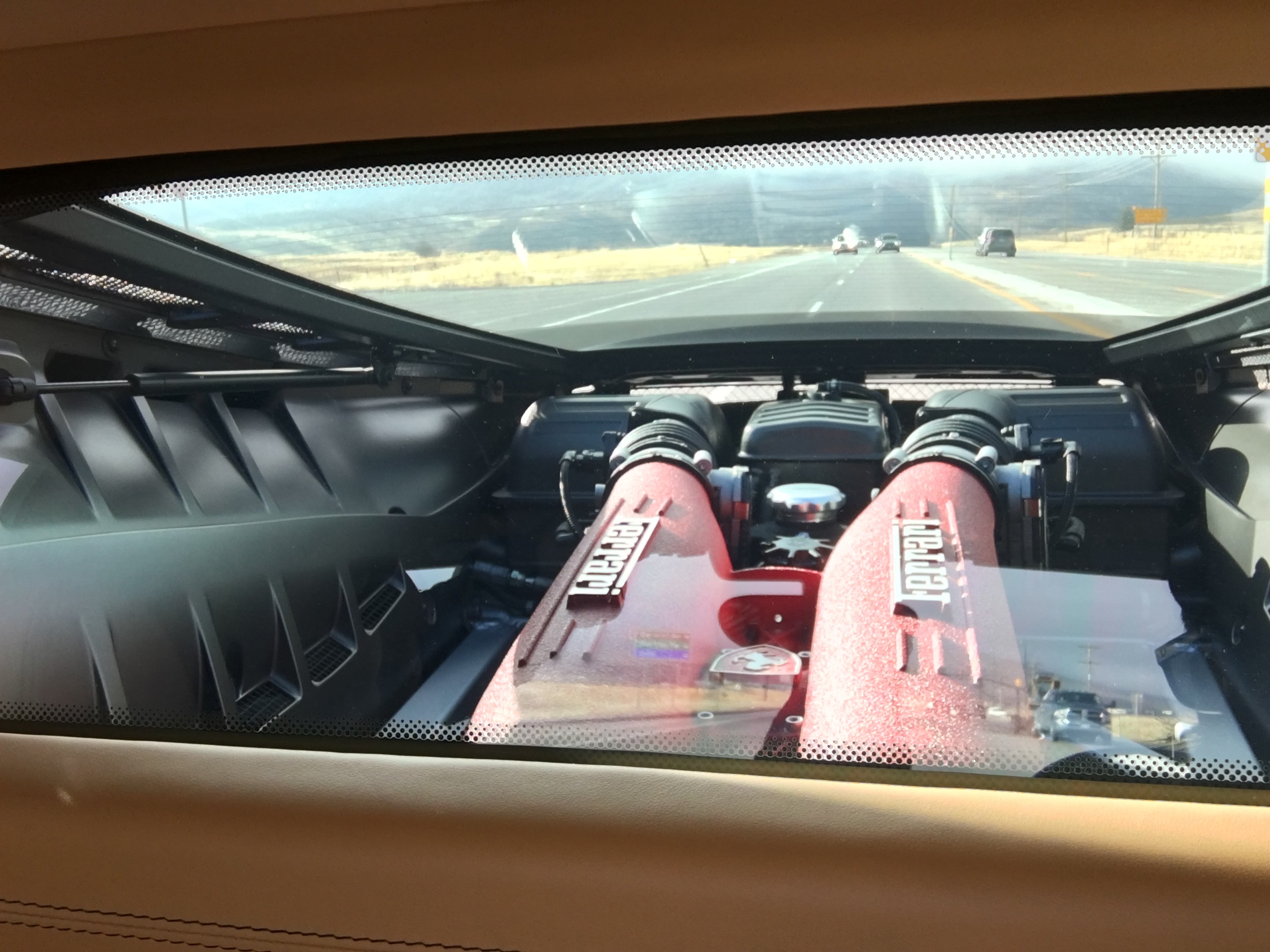 Normally when riding in a nice high-end performance car, like a BMW M5 for example, you always get the sensation that you’re going slower than you actually are. Say for example you’re driving along the highway thinking you’re going the speed limit, but you look at the speedometer and you’re really doing 120mph. I felt the complete opposite riding in the F430. I don’t know if it’s the fact that you’re so low to the ground, or the fact that when you look out the front windshield you don’t see a hood, all you can see is the very top of the wheel haunches and the road. Maybe it’s a combination of all of the above, but when I looked over and saw 80mph I honestly felt as if we were going 120mph and would’ve bet anything on it. 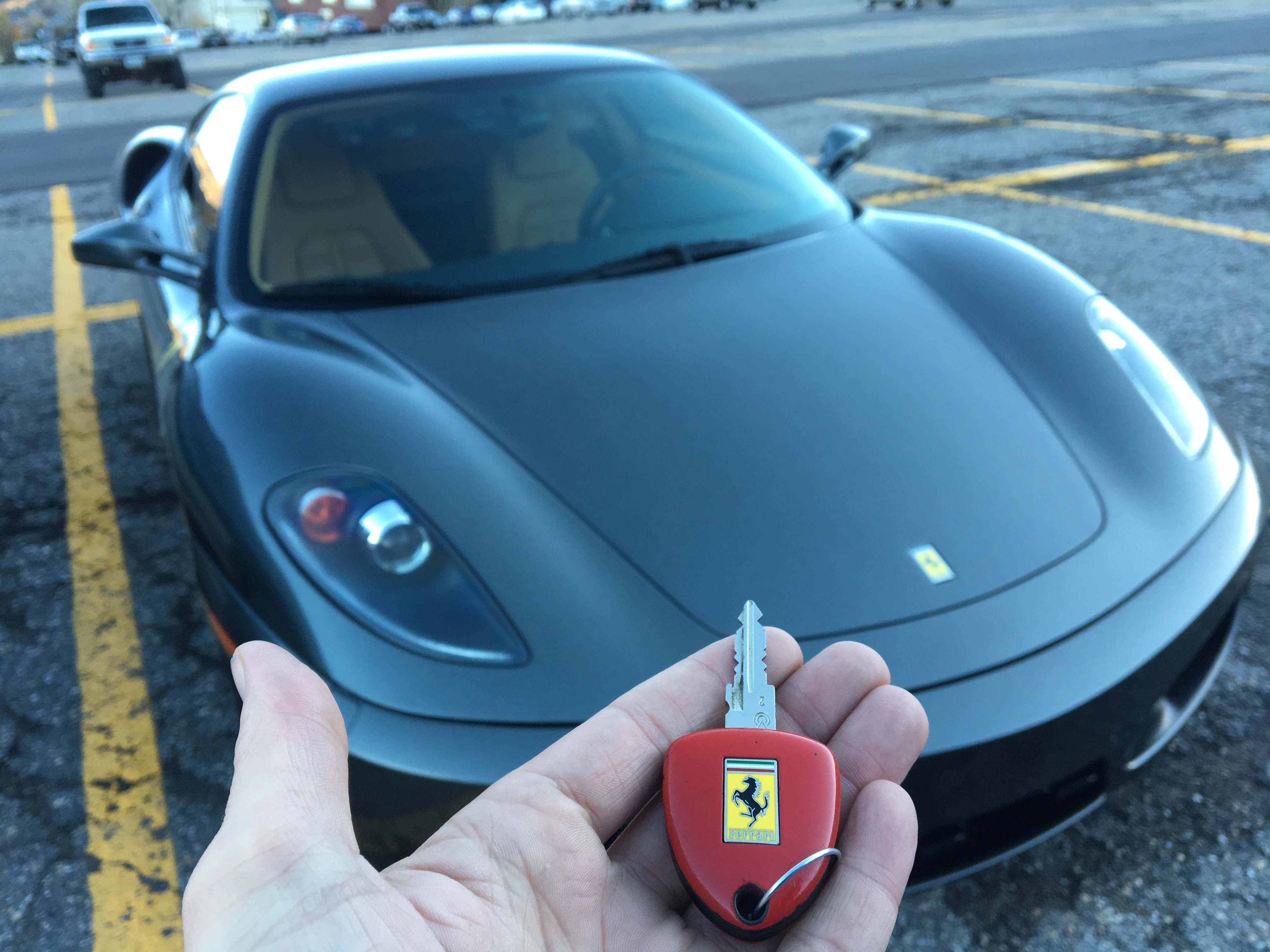 Once all was said and done, it left me wanting more, but yet couldn’t have been more satisfied. What a fantastic experience, what a badass car, I highly recommend it to everyone. God bless supercars. God bless Ferrari. 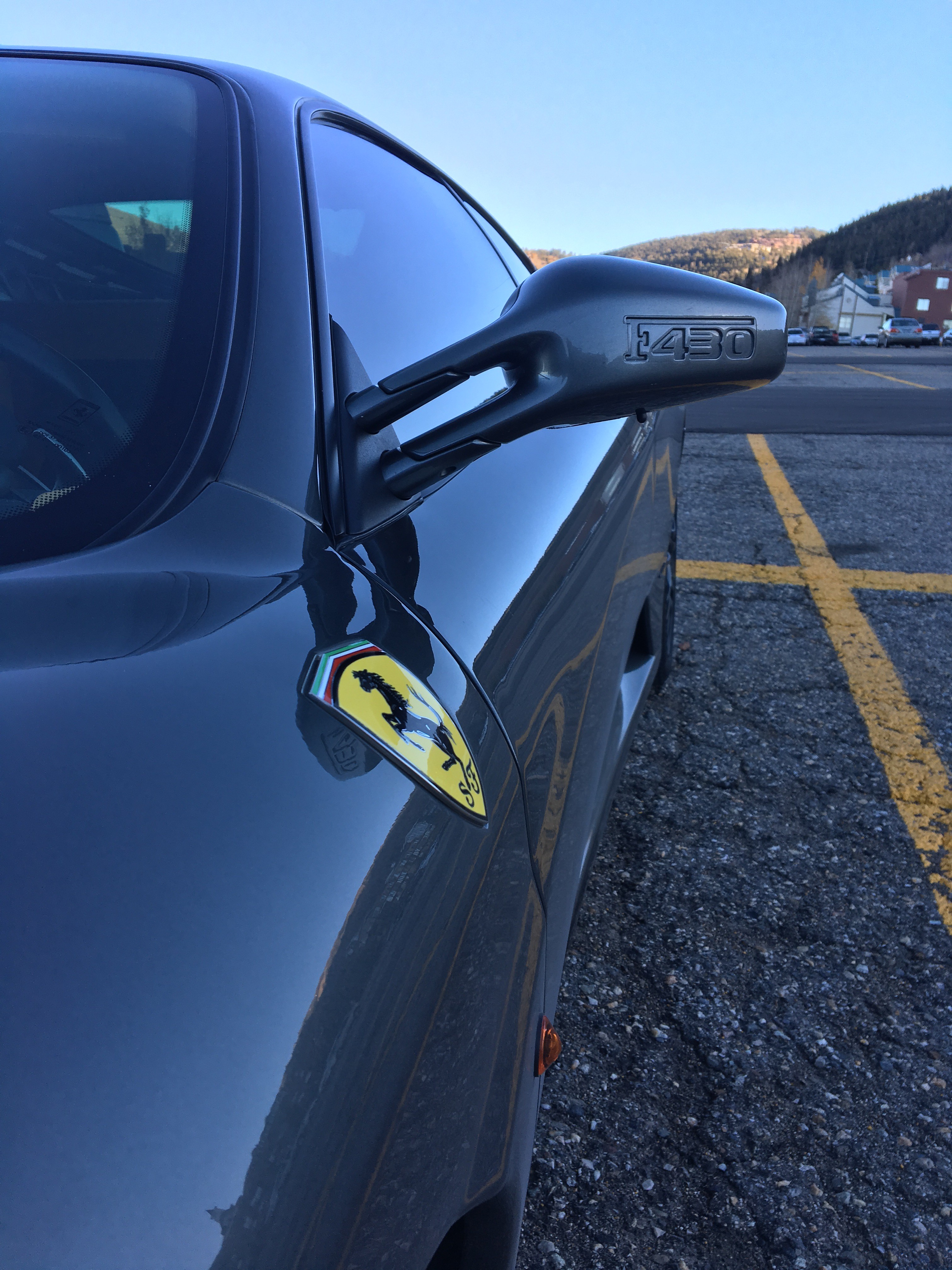 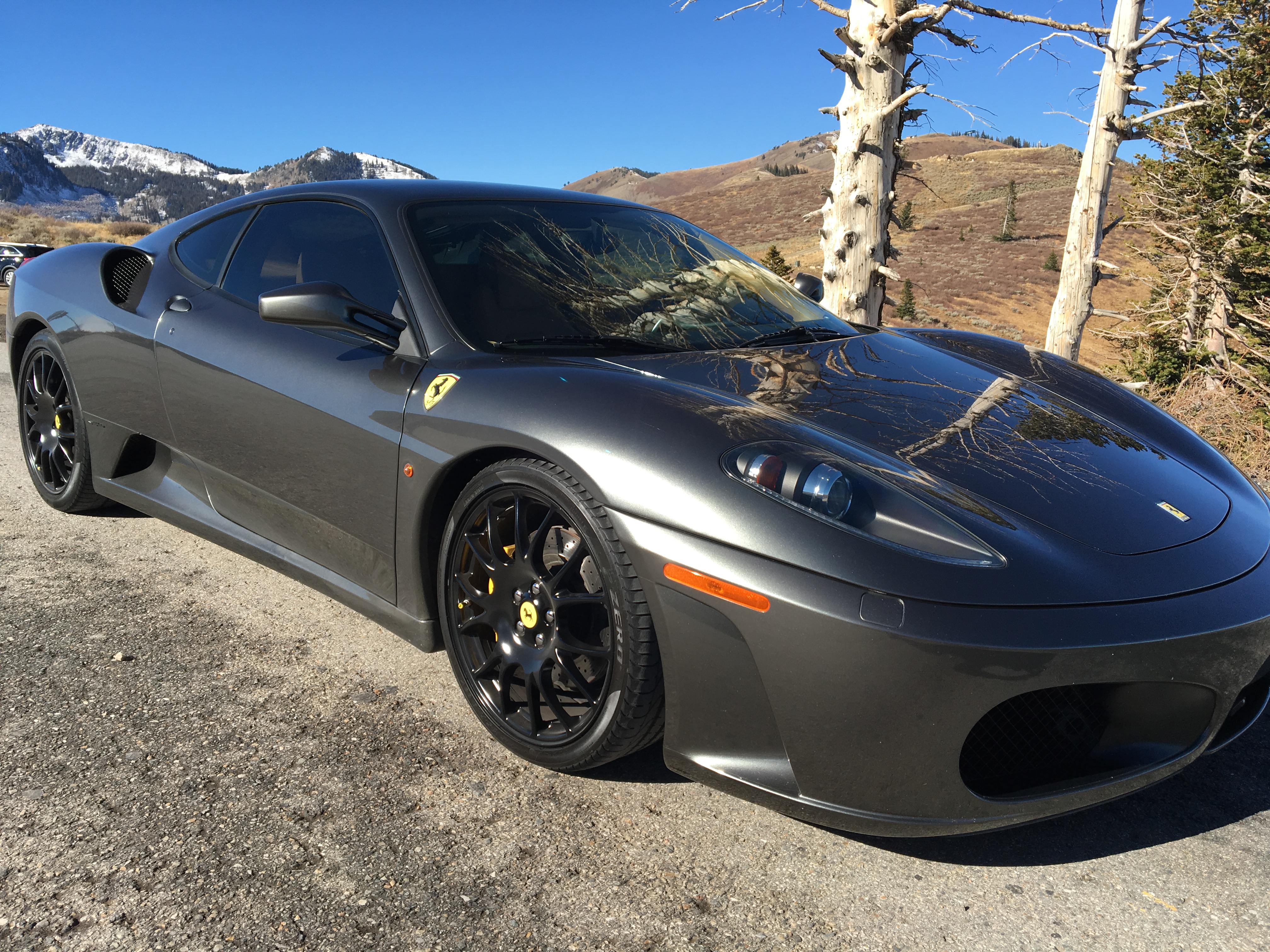 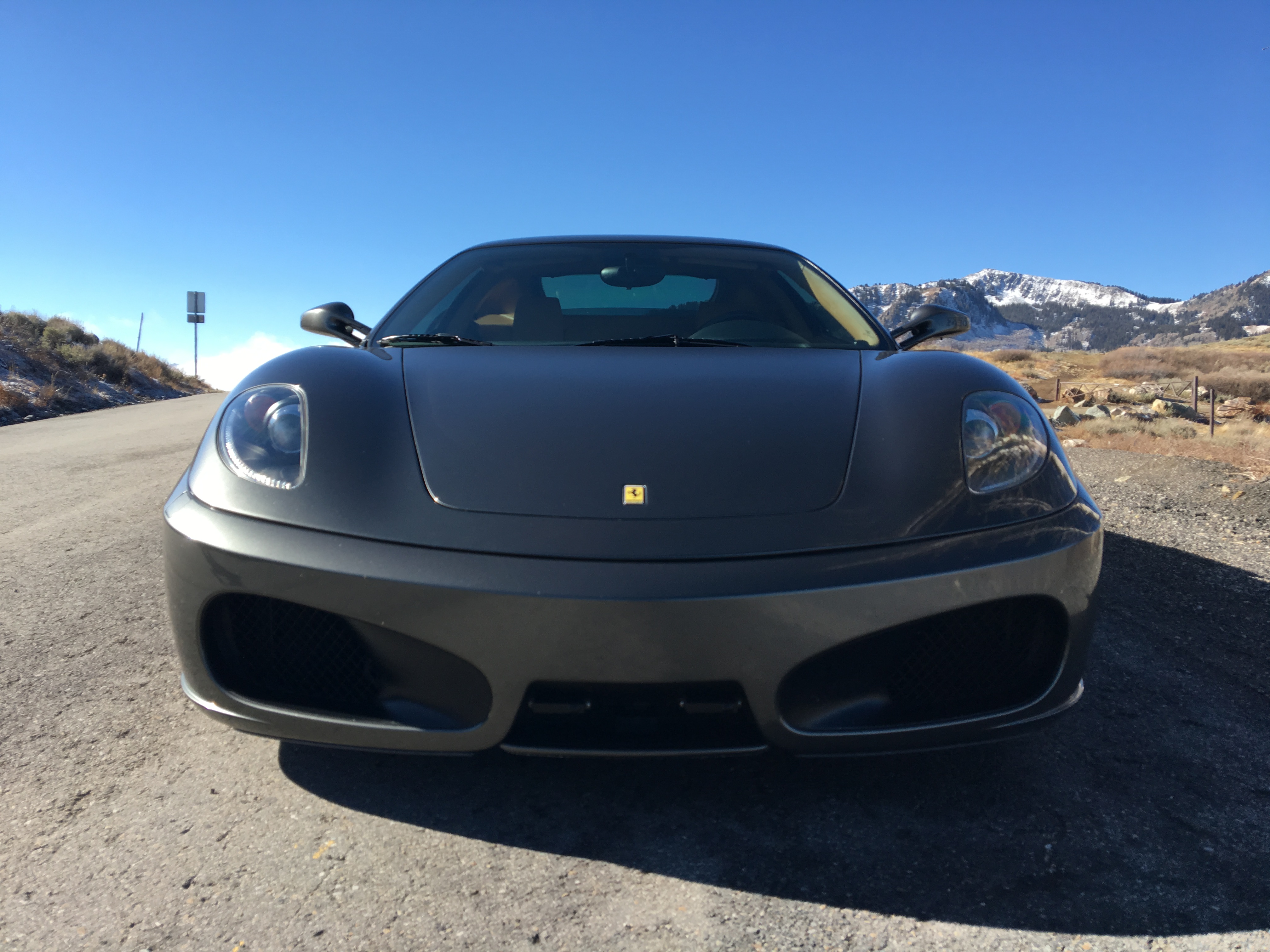 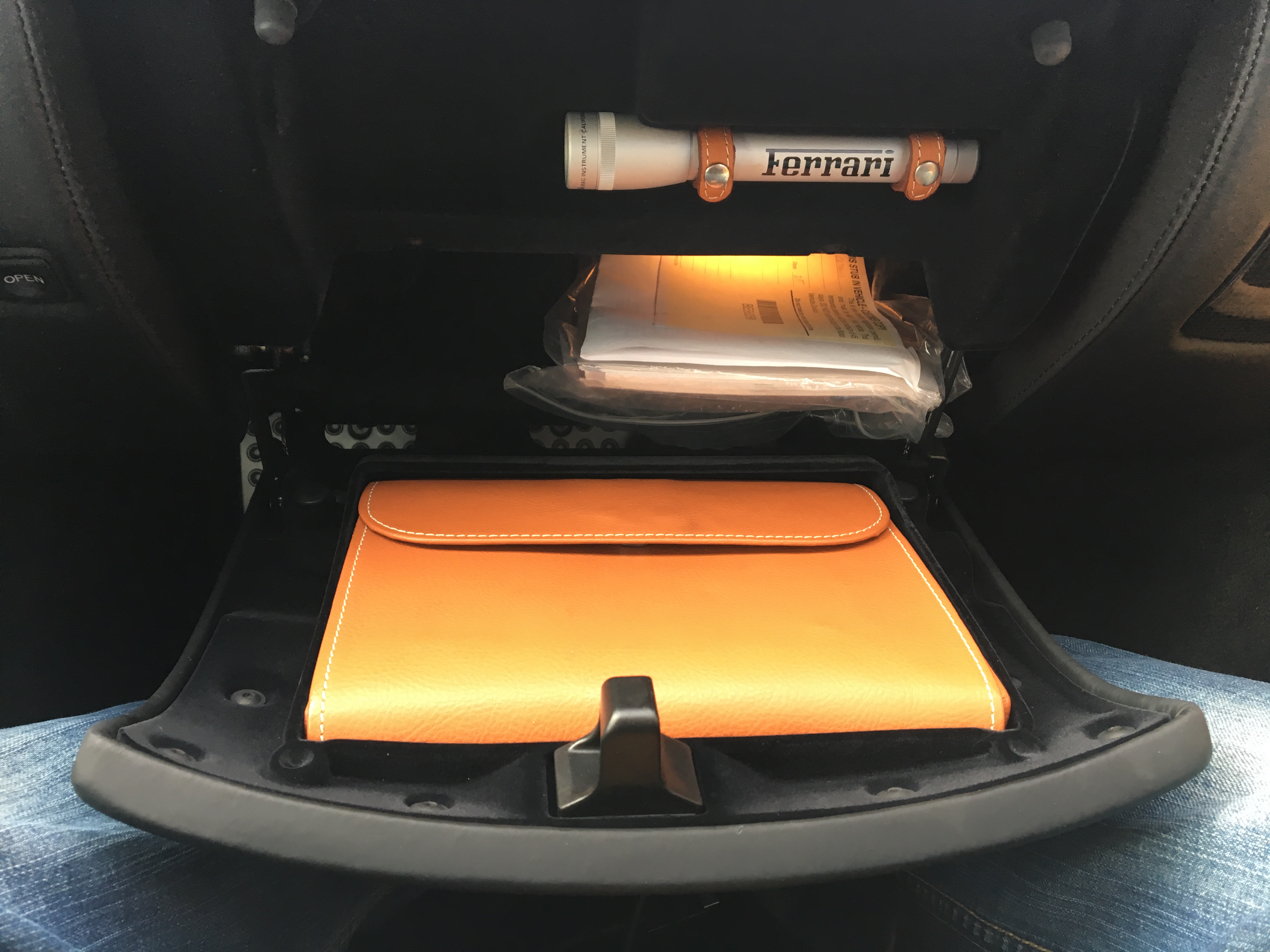 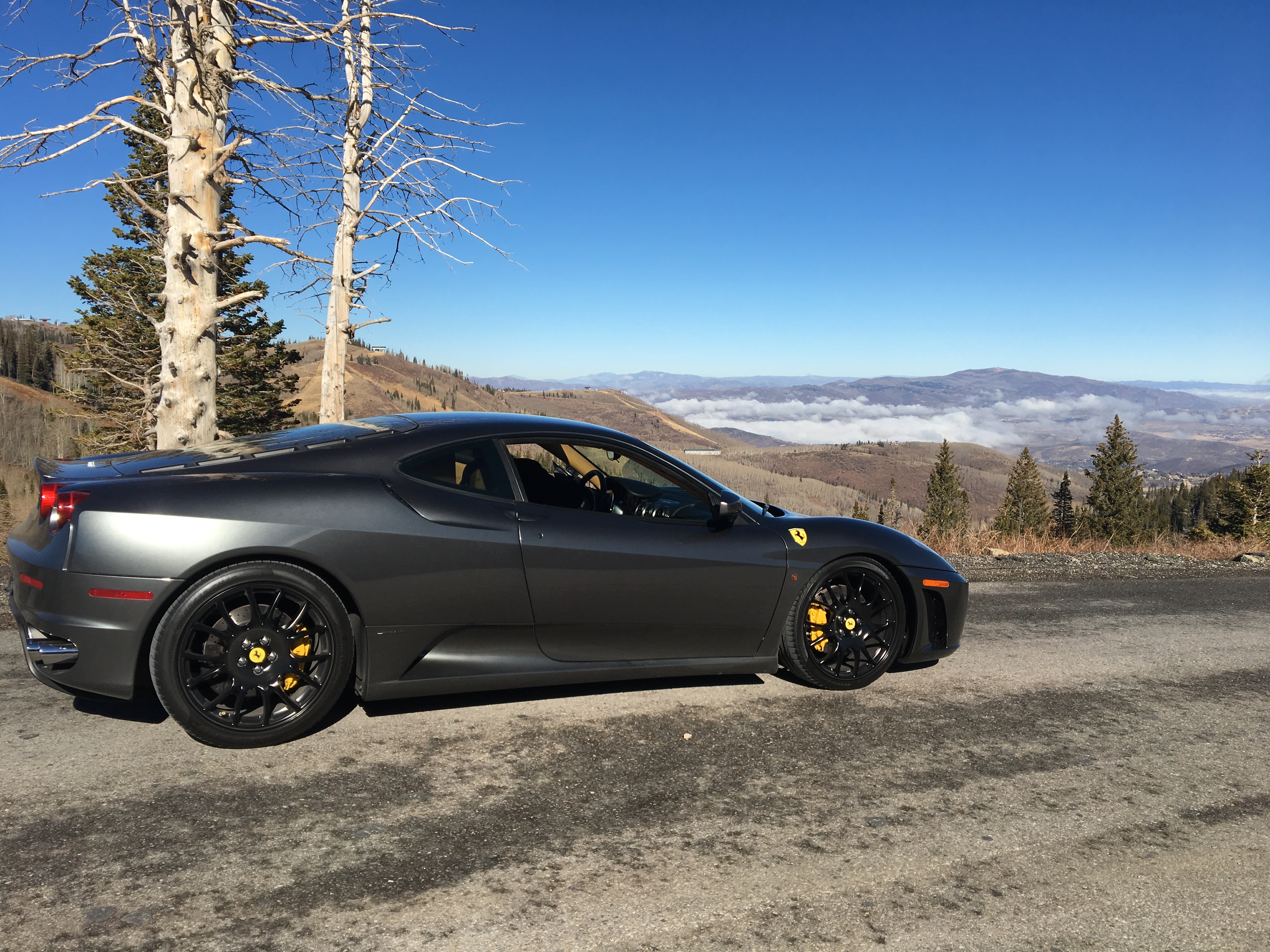