What do you get when you combine two Frenchmen, a fashion photographer and an automotive finance executive with a deep love for all-electric motorcycles? A custom tracker that can rival the best vintage bike, apparently.

The two own a small shop in Paris called Jambon-Beurre Motorcycle, specializing in motorcycles from the 80’s and 90’s. They both have an appreciation for vintage bikes but also found themselves gravitating towards the exciting new world of electric machines. “We’ve always been convinced that electric bikes are great,” says Ben, a finance executive in the automotive industry. “And even more convinced after testing a BMW e-scooter. Huge torque and power, totally silent, and a great ride… but it’s a scooter! So we started to think about integrating those great qualities into a bike as cool as those we usually build.” While BMW’s C-Evolution is about as inspiring as a stick in the mud, there is no denying it packs a serious ‘tech’ punch.

Thankfully the duo didn’t want just a functional electric bike, they wanted something with style. They wanted to recreate that ‘dirty vintage’ look that we often associate with trackers, but with a modern twist. Ben outlined their goal by saying, “We wanted to put a very powerful electric drivetrain into a vintage bike frame, to make a dirt track bike with more than 100 hp and a 100 km range. Road legal, but able to run in dirt track races.” With a game plan in mind, it was time to start sourcing parts, and more importantly, funding. This was an in-house project, which meant they needed some bankroll to make this anything more than just a pipe dream.

Sponsorships come in all shapes and sizes, this time from a local French comic book called ‘Jean-Louis.’ Evidently ‘Jean-Louis’ is a time traveler with amnesia, thanks to an alien abduction, that now has to navigate an all-new world. Hey, whatever pays the bills right? With the money in place, it was time to find the hardware and a bit of software for good measure. The motor came from a military drone, spec’d as an 80kW liquid-cooled brushless motor. With the power plant sourced they then partnered with a French startup called PYMCO Technologies, that specializes in electronic power management. Through their collaboration they developed a 6.5k Wh / 110 V battery pack, using 580 lithium-ion cells to deliver 800A. While I have no idea what that means, I do know it translates to a range of 100Km and a full charge in 20-minutes with the proper setup. Worst case scenario it’s 2.5-hours plugged into a regular socket.

When it came to the chassis JBM couldn’t settle on just one bike to make this flat tracker. So, they used three. A Suzuki DR800, a Honda XL and a vintage BMW all donated to the cause, resulting in a beautiful final product. The chassis components took a radical amount of fabrication to fit the new electric guts, resulting in being either machined, laser cut, water jet cut, or 3D printed. From there the front forks were shortened, giving it the tracker stance. The last part of the rolling equation was a set of 19-inch Excel wheels wrapped in flat track rubber.

Cosmetically the tracker has its own style, a bold pieced together look. Even though it’s electric, the tracker still has a ‘gas’ tank up top, now housing the electrical components, a water-cooling pump, and a special regenerative braking system. Nice and tidy. It then got a thick white leather solo seat, as well as lights for street usage. The paint was then picked to inspire the 90’s feel, something JBM relishes deeply.

I love how high tech these French boys got, with the help of PYMCO. Because JBM plans on actually using this for flat track racing, the new engine braking is an absolute must. The new system allows for any rider to properly back the tracker into a corner, like any real tracker from the past. JBM plans on running this in next years French flat track series while exploring the possibility of a production run in the future. While I don’t think it will ever replace a true gas powered flat tracker, it sure is good to see this cool coming out of future tech. Now I’m just curious how much it would actually cost. 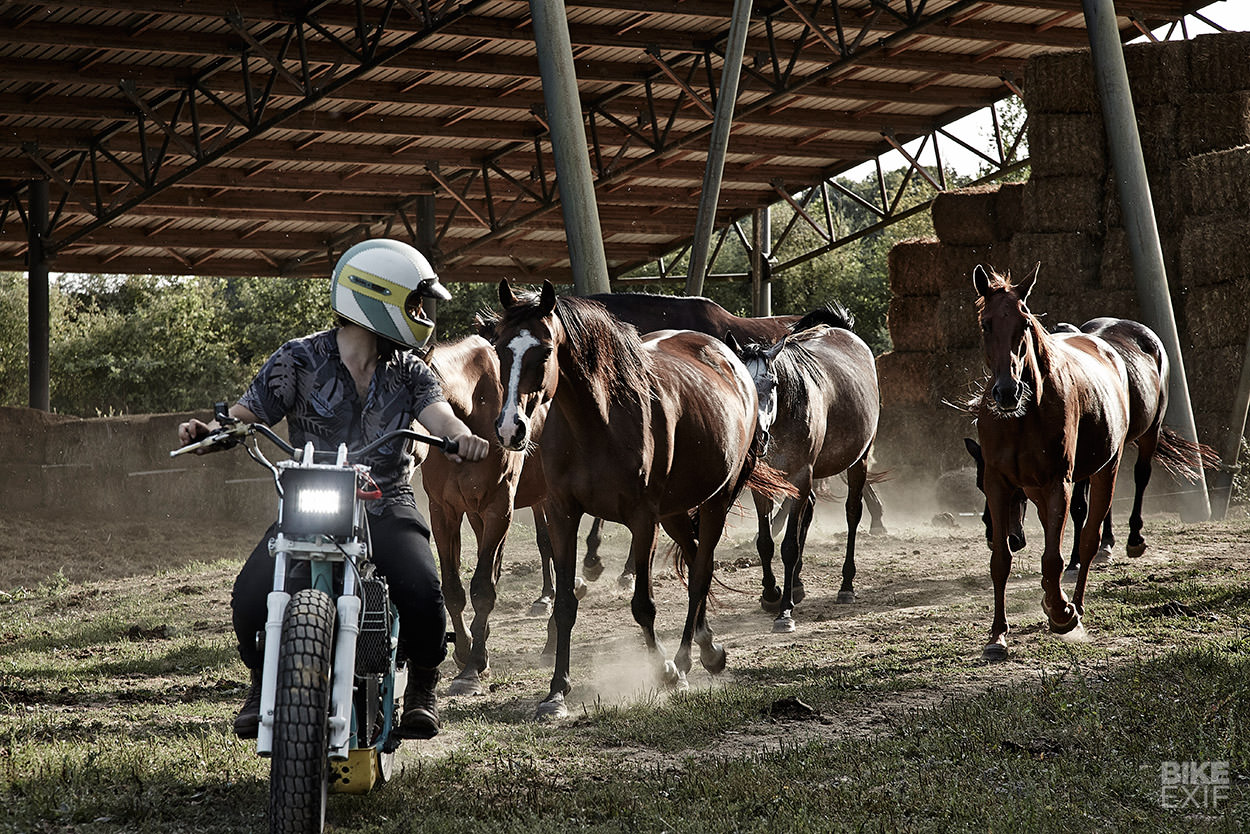 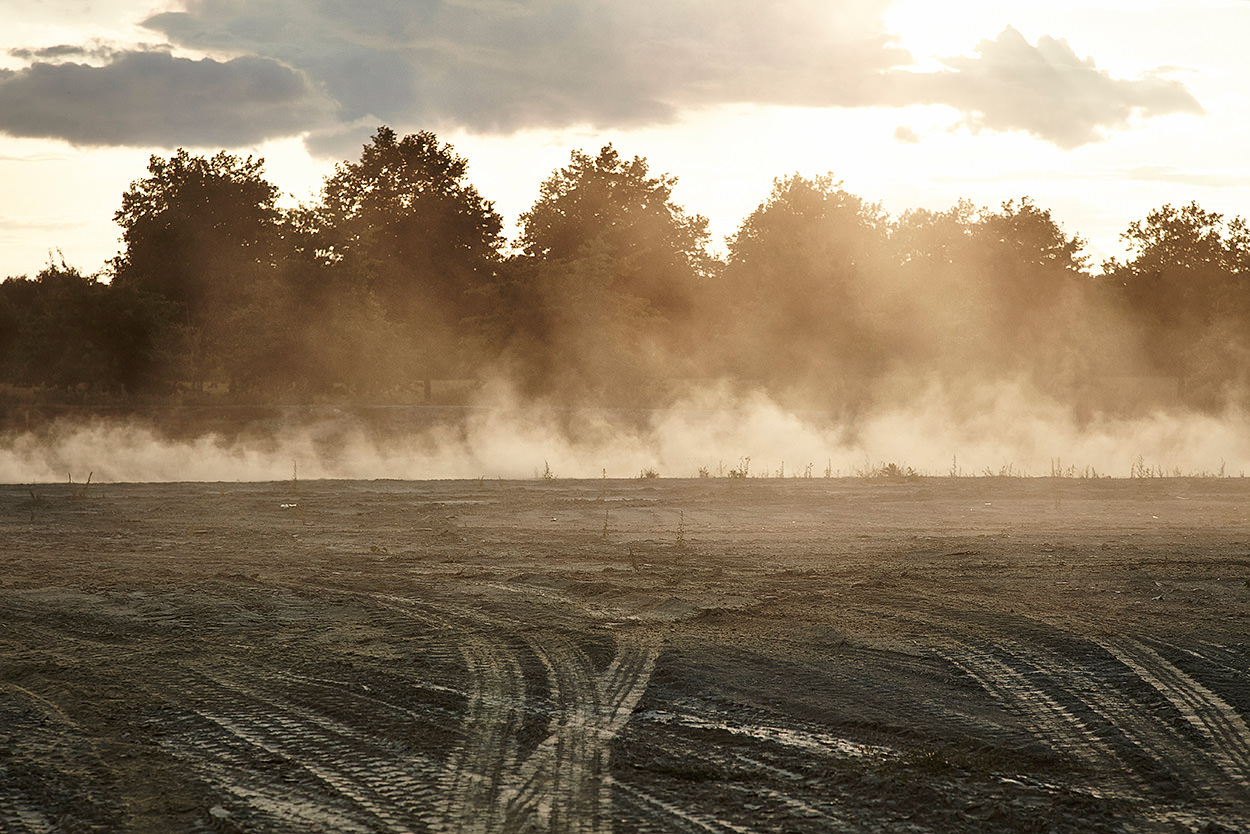 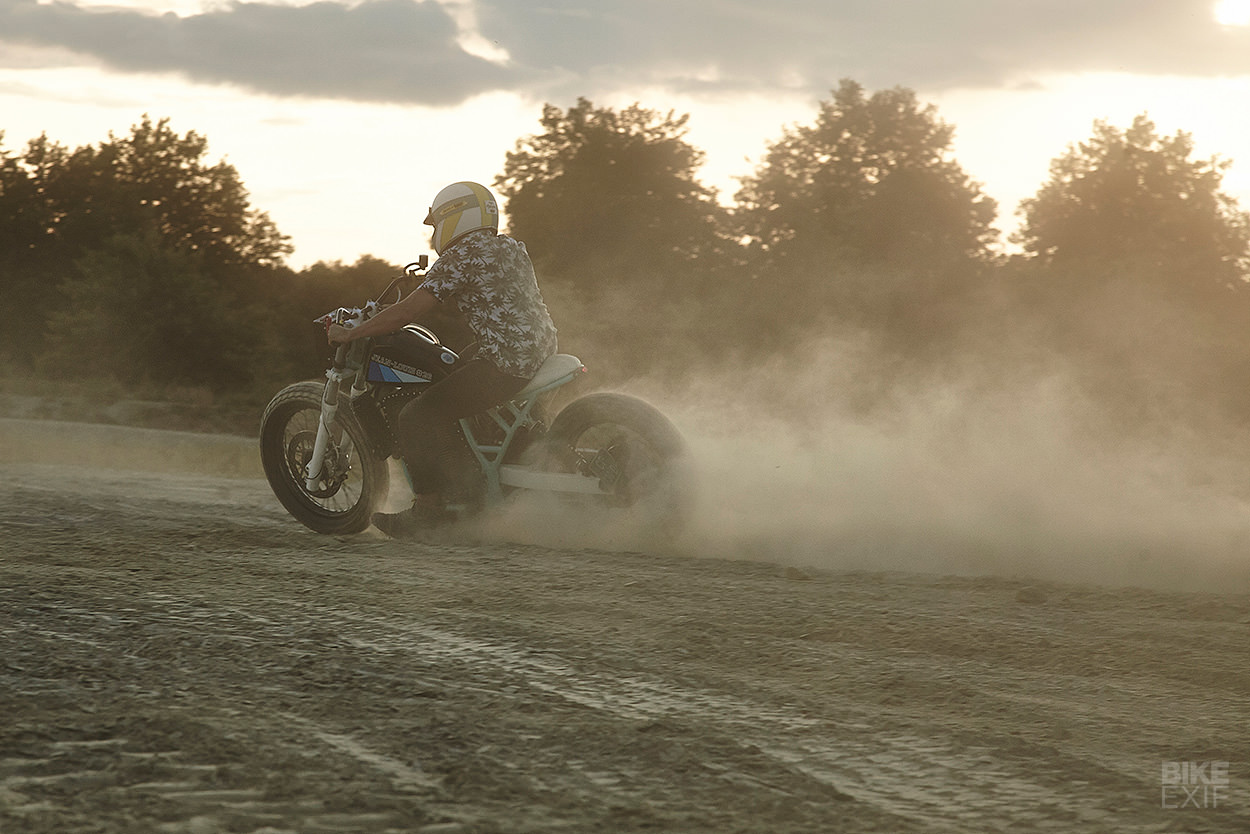 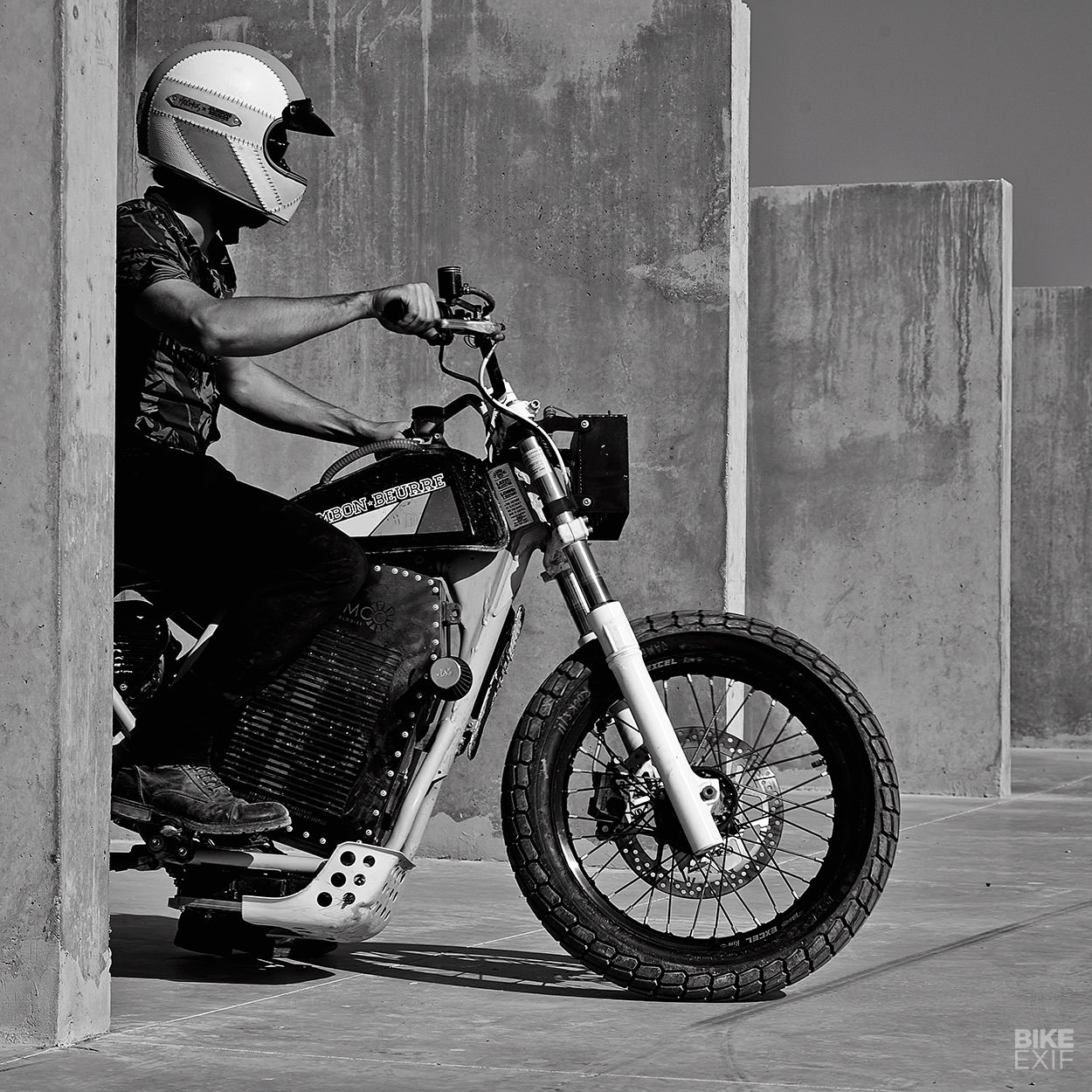 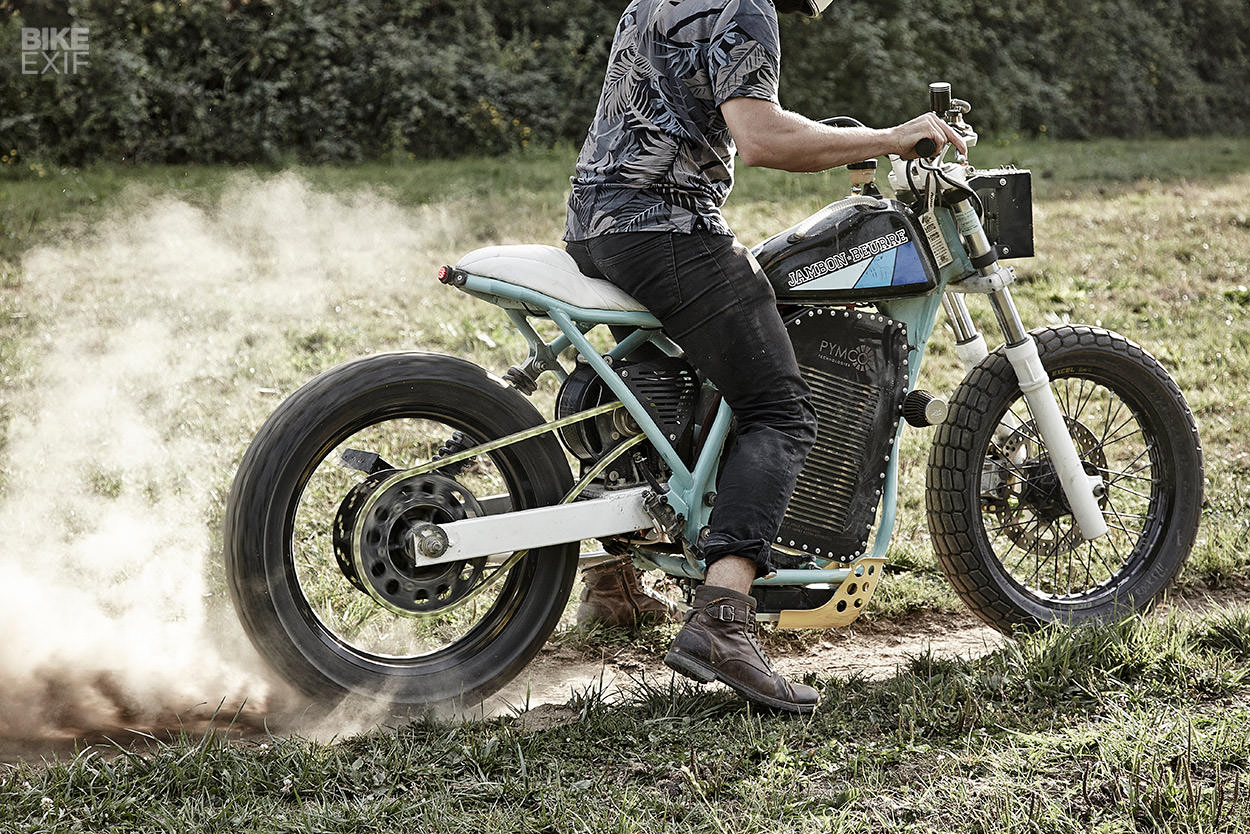 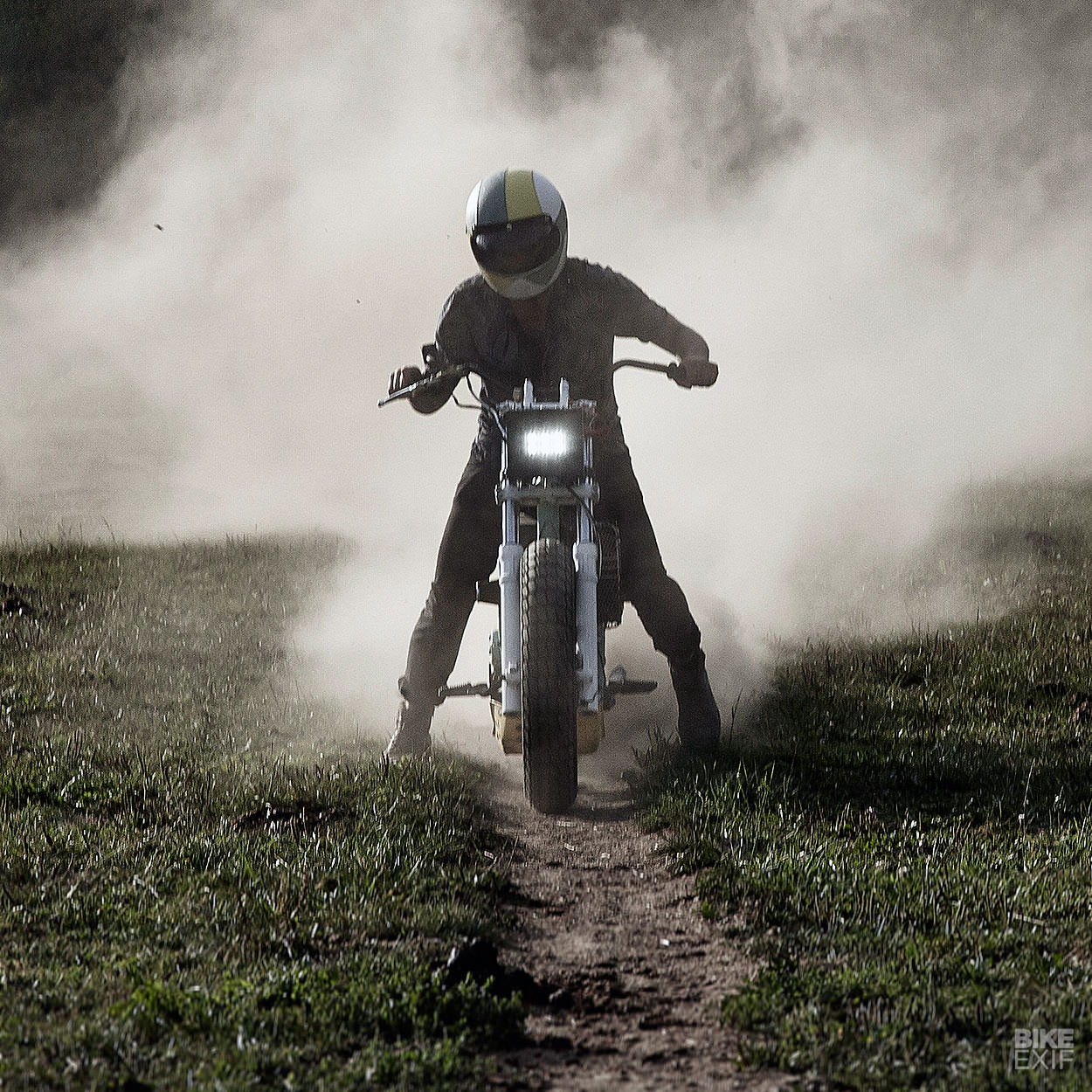 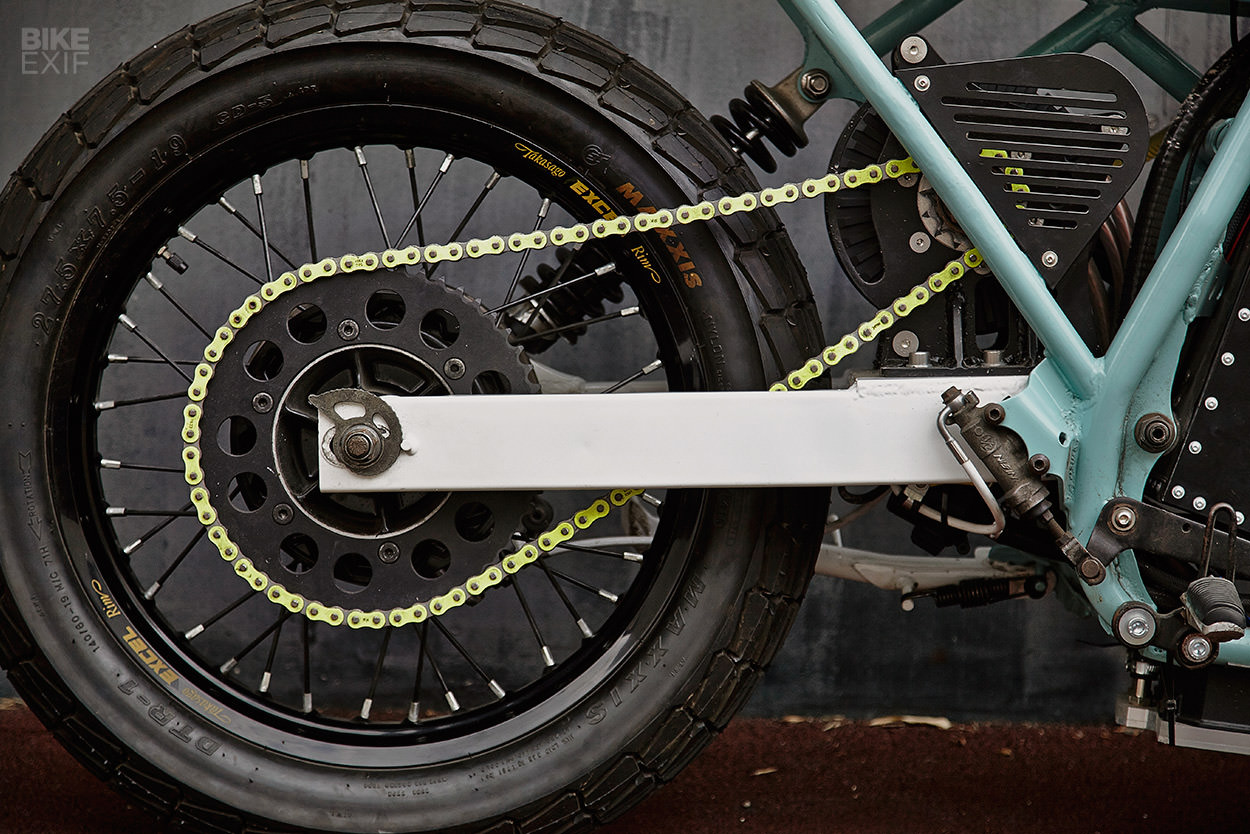