A few months back there was a video that popped up on the Internet called “Urban Assault: San Diego Shark Attack” that was sort of Gymkhana style video, but with a VW Bug that was turned into a Class 1 off-road buggy, rampaging through the streets of San Diego, California. This wasn’t Ken Block or Bj Baldwin behind the wheel and they didn’t have the proper permits and/or cooperation with the local law enforcement. It was local So-Cal boy, Blake Wilkey, that happened to have this badass buggy that could easily compete in the likes of the Baja 1000. It’s mean. I wasn’t able to find any exact specs on it but from the sound of it, you can immediately tell we are talking about some serious horsepower. And with full long-travel King Shocks with that light of a of a car, it must be super fun to drive. 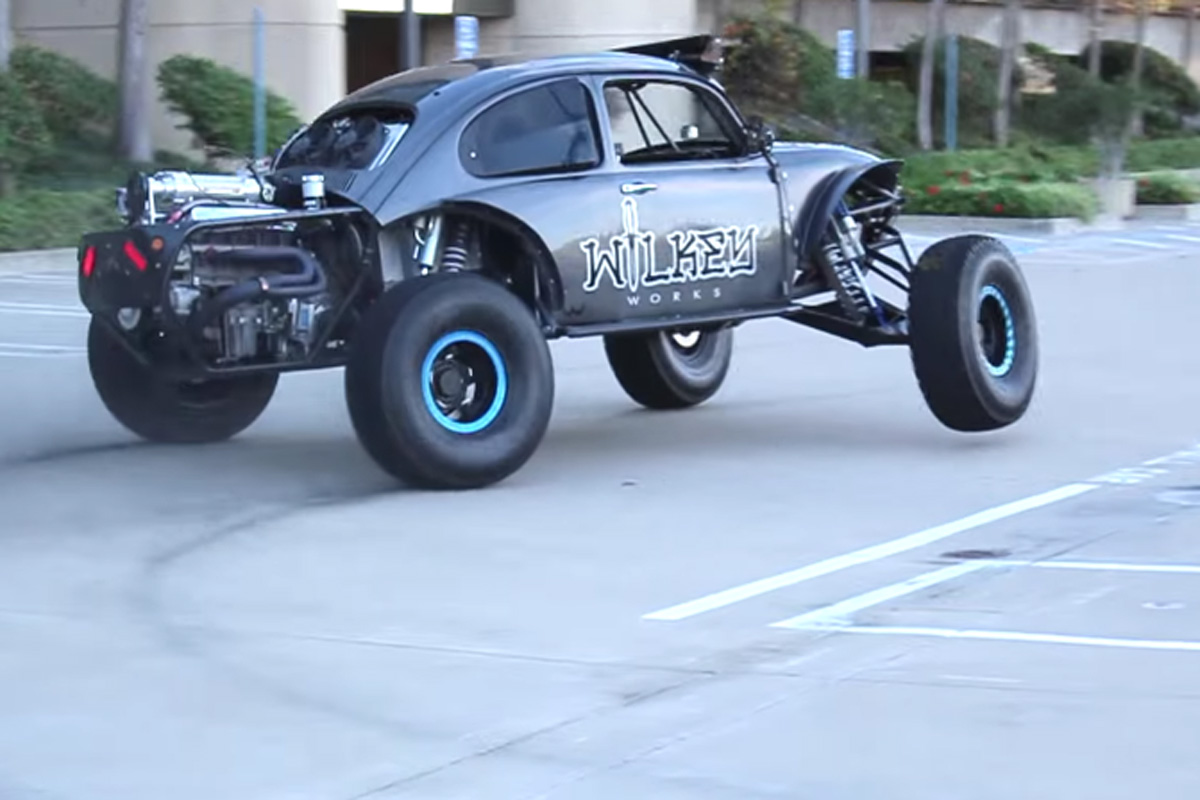 Like I said before, they didn’t have any permits or cooperation from the local police. Which means that almost everything he did in the video was illegal as hell and then he goes and posts it all over the Internet but doesn’t blur his face, name, voice or anything else. Matter of fact, he even has his name on the side of the buggy! Even though the video is only about four minutes long, Wilkey was able to rack up some serious misdemeanors, 26 to be exact according to his Instagram post. While the video came out some time ago, Wilkey wasn’t caught while he was actually doing the filming. It’s only because he had posted it on the Internet with his face and license plate shown multiple times with his name on the side of the buggy that he made it very easy for the police to press charges against him.

Wilkey had his court date this past Monday where he was plead guilty to four counts of reckless driving, one count of illegal exhibition of speed, and one count of failure to get a special event permit. He was sentenced to 49 days in jail and will loose his Drivers License for 6 months. He will spend two weekends in jail and then spend the remainder of his sentence on house arrest with an ankle monitor, which is really not too bad considering what could have happened if he was found guilty on all 26 charges. It’s been reported that apparently Wilkey’s friends actually ratted him out and testified against him which we thought was kinda harsh. They already had plenty of evidence to charge the guy that he didn’t need to have his friends turn on him as well.

It’s hard to watch this and immediately side with our fellow off-road enthusiast, but we do want to make sure to point out that as cool as this video was, it was incredibly illegal and probably not the smartest thing to do. Get the proper permits, get some cooperation from the local community, use professional drivers, and all the sudden your making money with the whole thing instead of going to Jail. Common sense folks!

Here is the Wilkey Works Buggy in Action at Glamis about a year ago. It has since been sold to someone in Qatar where it’s enjoying a second life tearing up the dunes of the Middle East.