Diamond Atelier is back at it, this time they have taken the fabulous XSR900 and rendered it nearly unrecognizable. This astonishing XSR is now called ‘Æon,’ and was built exclusively for the Dutch watchmaker, TW Steel.

The German based Diamond Atelier is known for their exquisite work primarily on old, air cooled Beemers. Their work is always elegant and classy, fitting for a simple machine like the old boxer twins. Yet here we are, looking at a new modern Yamaha XSR900, a motorcycle that couldn’t be more opposite to the simple BMW. Tom from Diamond Atelier explains it well, “We’d never ridden, let alone built an XSR900 before, so there was a moment of silence when the Yamaha courier dropped off the brand new bike. But we quickly spotted the most striking feature of the XSR900: the organic shape of the frame hugging the three-cylinder engine.”

So this XSR was essentially trial by fire. After establishing the organic lines of the XSR’s frame and engine, Diamond decided they wanted a true minimalist motorcycle saying, “We wanted to ‘unclutter’ it as much as possible, to expose the real core of a 2017 production bike.” I don’t believe it gets more minimalist than this, the bodywork has become a skeleton of what was once there, and that’s a good thing. Diamond has done the unprecedented by showing off every great component Yamaha has built while hiding the things we would rather not see.

Now Diamond was on a very strict timeline to get Æon finished, so they wisely enlisted KRT Framework to construct the all aluminum body. What KRT came up with is mind-bending, yet perfect. The body work now hovers off of the frame arching like a pissed off house cat. This allowed them to expose the engine and air filters, adding an essence of vintage bikes lost on our new high tech machines. This keeps the necessary components exposed while hiding all the little technology gremlins no one cares to see. The exposed bolts and rivets are styling cues borrowed from the early Bōsōzoku, a radical styling trend found in the Japanese biker gang scene.

There is only one word that perfectly describes Æon, radical. It’s about as radical as a motorcycle can get without change how it actually functions. And that is a beautiful thing. From time to time this industry needs a shop like Diamond Atelier to take a leap of faith so we can experience something new. Now they are obviously pleased with the end product, but it sure didn’t come without a little doubt along the way. Tom pondered if they had gone too far with the aggressive styling, but never truly lost faith. “Our progress has always come from pushing the boundaries. And with TW Steel wanting something over the top, we went for it.” Tom’s thoughts on the radical design.

Diamond knew they were working with a well-oiled machine, prompting them to make the right decision to leave it mostly stock. A set of K&N air filters and a one off SC Projects exhaust made for a nice compliment to the already pristine 850cc triple. They then focused on the handling department. This meant new clipons, lowered forks, and a set of Gilles rearsets. The rear shock was also swapped for a Blackline rear shock from Wilbers and likely a set of internals for the stock front forks. The XSR is already hailed as one of the best handling bikes from the factory, making it just that much sharper. To top it all off Diamond fitted ABM stainless brake lines and shod the tires in Pirelli slicks. Normally I would cry ‘overkill,’ yet it seems Æon lives in a world of overkill. Possibly its best attribute.

Now that minimalist bodywork did come at a price, and the price comes in the form of 328 feet of wiring. It’s amazing that they even have that much wiring on a motorcycle, let alone removing it and still has enough to be able to run. The only real sacrifice was the removal of the ABS system. A bike that is aggressive as this shouldn’t have ABS anyway, so it seems like a fitting trade-off.

Because this machine was built specifically for a client, TW Steel, Diamond Atelier added one last touch that makes Æon absolutely timeless. Instead of a headlight, they fashioned panel that at first glance just appears to be just for cosmetics. But when you flip the panel up you get to see the real treat, a hidden TW Steel timepiece, embedded perfectly in a slab of polished aluminum. It’s a subtle, even minor touch, yet it gives Æon such a unique vibe.

Æon is gorgeous in a foreign way, like something we have never seen before. Yet it is anything but off-putting. It’s aggressive yet inviting, making it a special kind of radical. Amateur builders take note, this is how you push boundaries in the right direction. radical is what TW Steel wanted, yet I doubt they envisioned anything as radically perfect as Æon. 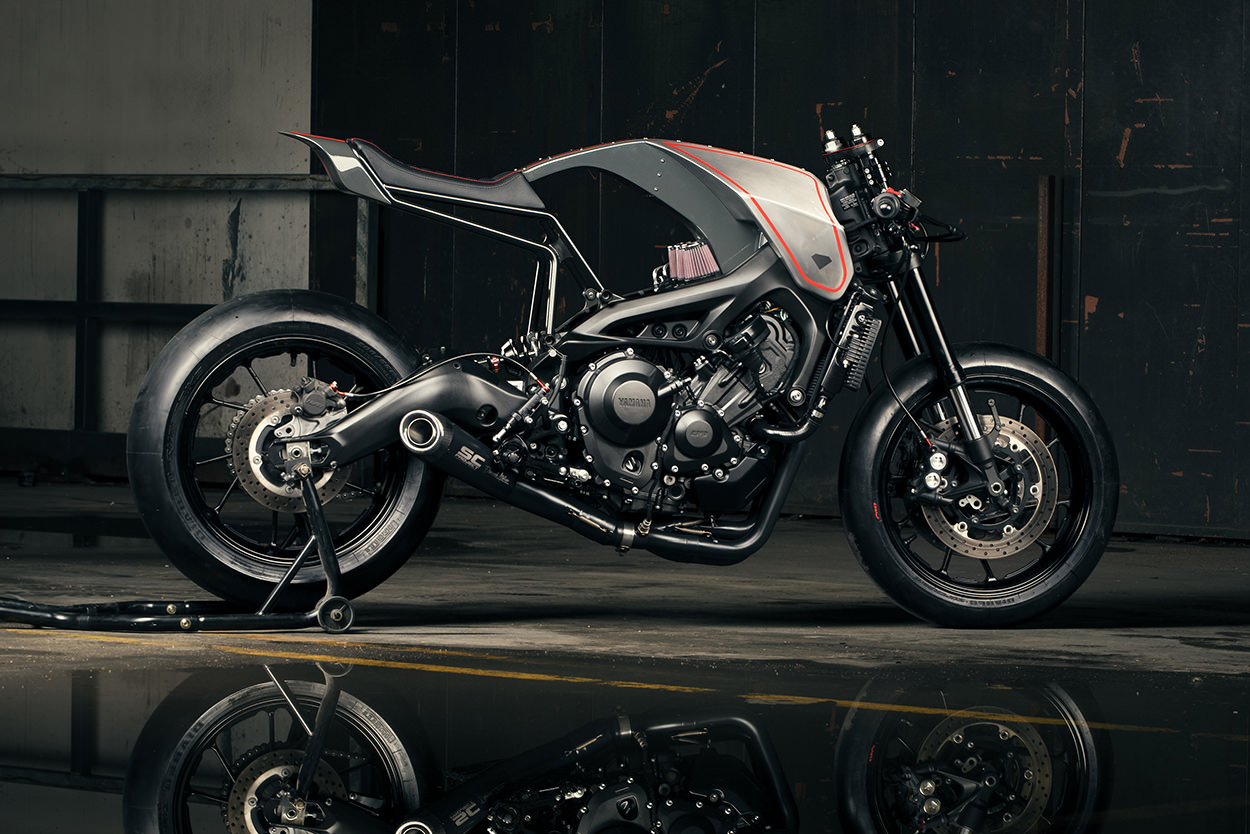 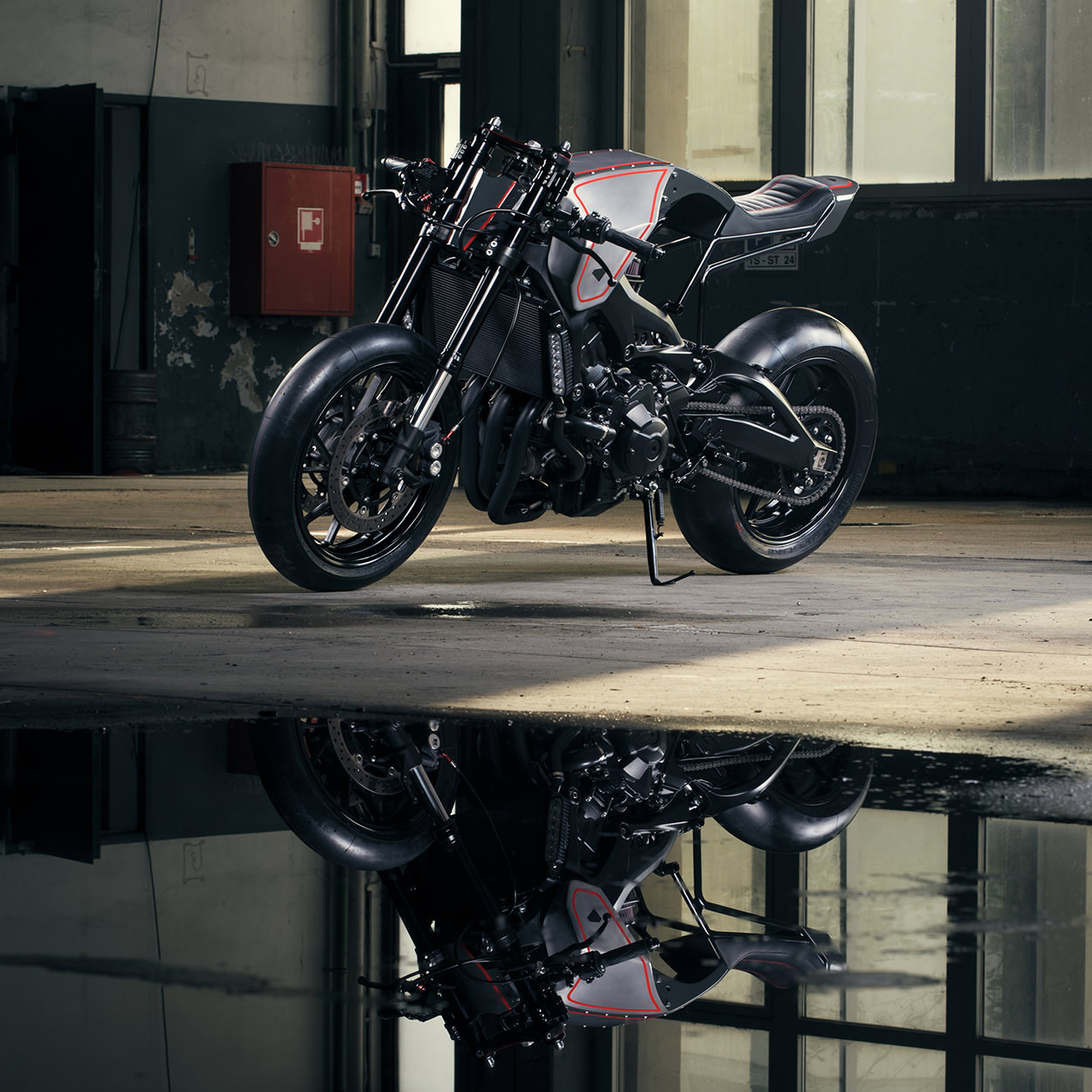 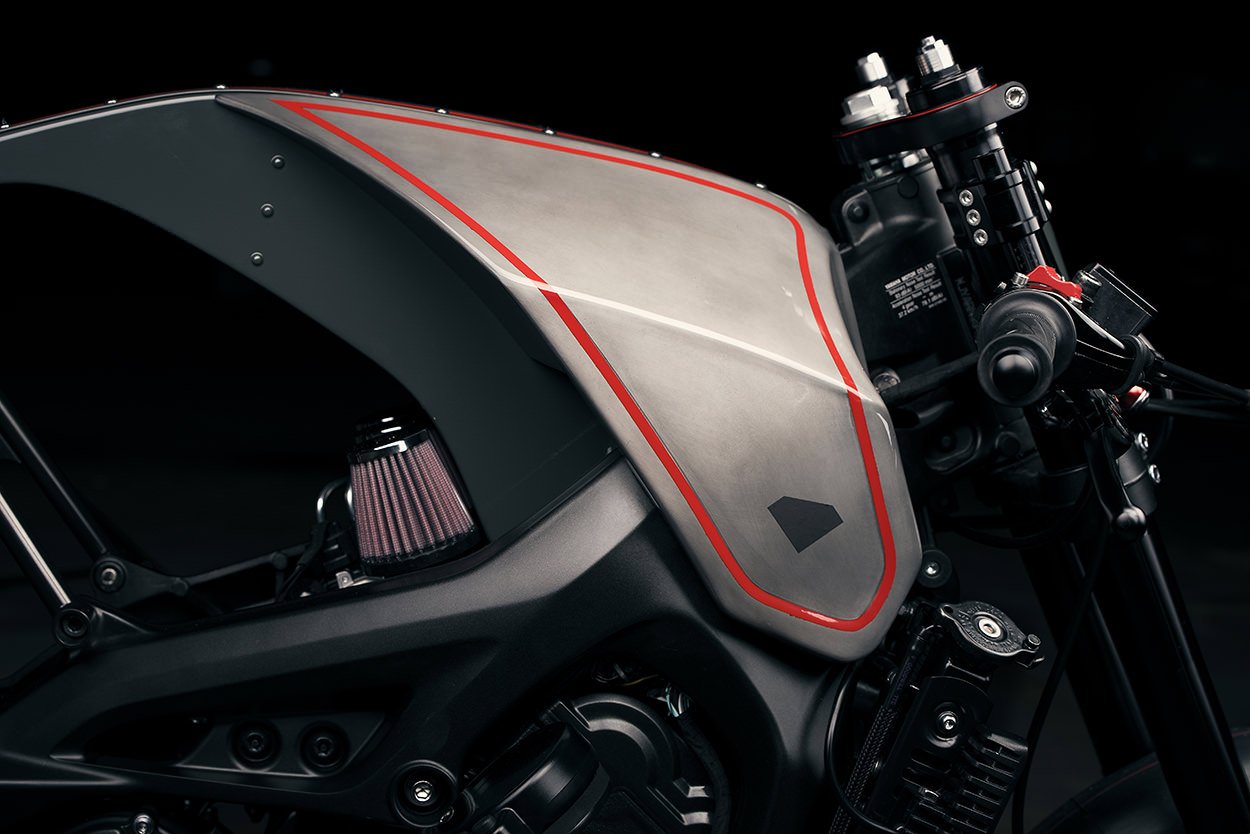 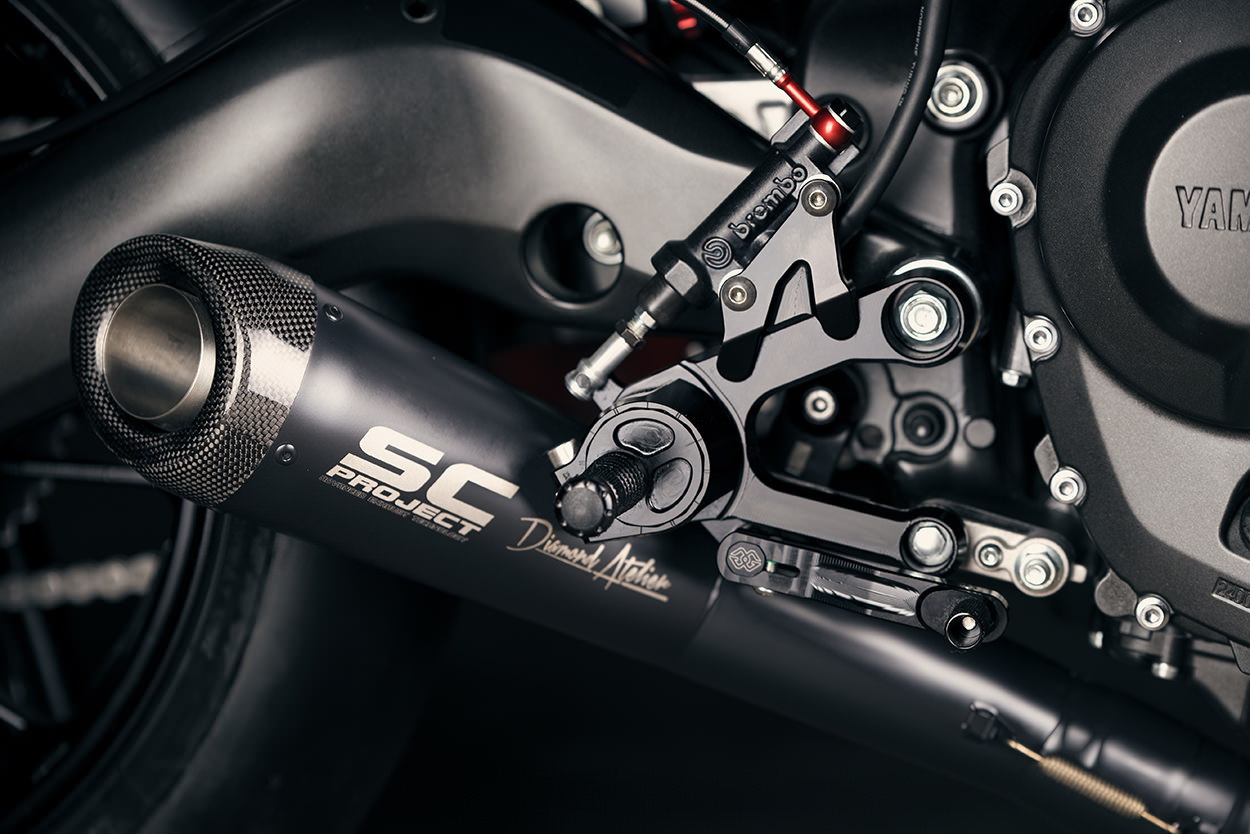