This is by far one of the hardest things I have ever had to write about. By now the world knows we lost one of the very best. Today May 22nd 2017, Nicky Hayden passed away from his injuries after being struck by a vehicle while training on his bicycle. By the time the news broke I think we already knew. It’s impossible to describe. As if the brightest star in the sky suddenly burnt out, the world got just a little darker. Nicky was much more than just a MotoGP champion, he was a true road racing hero.

In 1981, Nicolas Patrick Hayden was brought to the world in Owensboro, Kentucky. This would lend to Nicky being affectionately nicknamed ‘the Kentucky Kid’. Nicky was a Hero from an early age, showcasing all the talents needed to be a world champion. He was equal parts charismatic and skilled, wowing fans on and off the track. Coming from a family of racers Nicky would go on to compete in both flat track and road racing against both of his brothers. But unlike Tommy and Roger, Nicky was the one that adopted his father’s now famous racing number, 69. 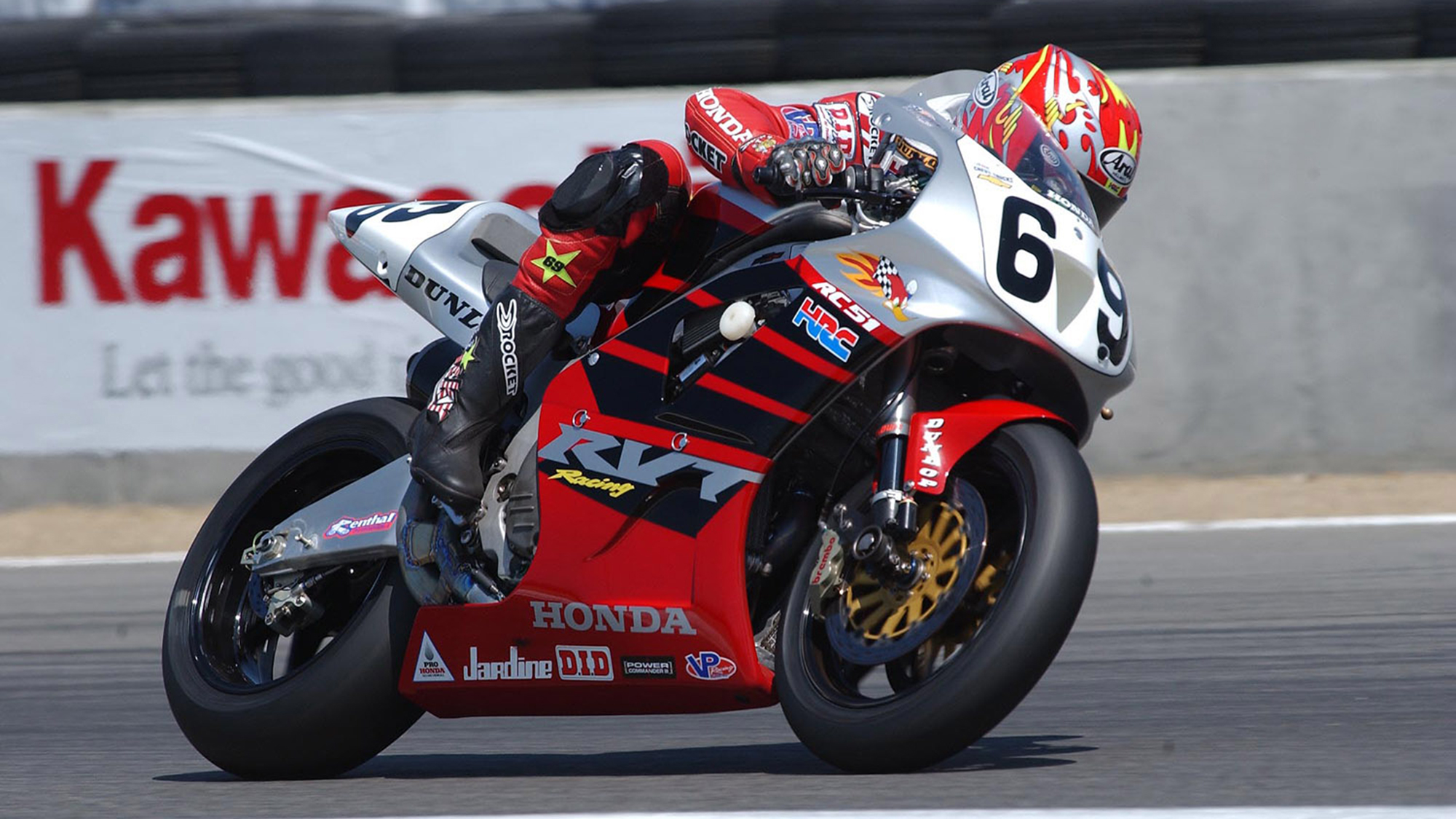 Nicky’s talents took him on a meteoric rise to the top, where he would race in AMA, MotoGP, and World Superbike. On his 16th birthday, Hayden turned pro and found himself at the center of the golden age of AMA motorcycle road racing. Two years later Nicky was already setting records, becoming the youngest AMA Supersport Champion in history. The following three years we witnessed some of the best AMA racing between the young Hayden and AMA kingpin Matt Mladin. It was a special time, especially for young impressionable fans like myself.

In 3 short years Nicky went from rookie of the year to winning the coveted AMA Superbike Championship, again becoming the youngest person to ever do so. This catapulted Nicky into the big leagues, securing a ride for Honda in MotoGP for the 2003 season. In true ‘Kentucky Kid’ fashion, Nicky went on to impress in his rookie year, finding himself on the podium in both Motegi and Philip Island. This earned him the Rookie of the Year title once again. 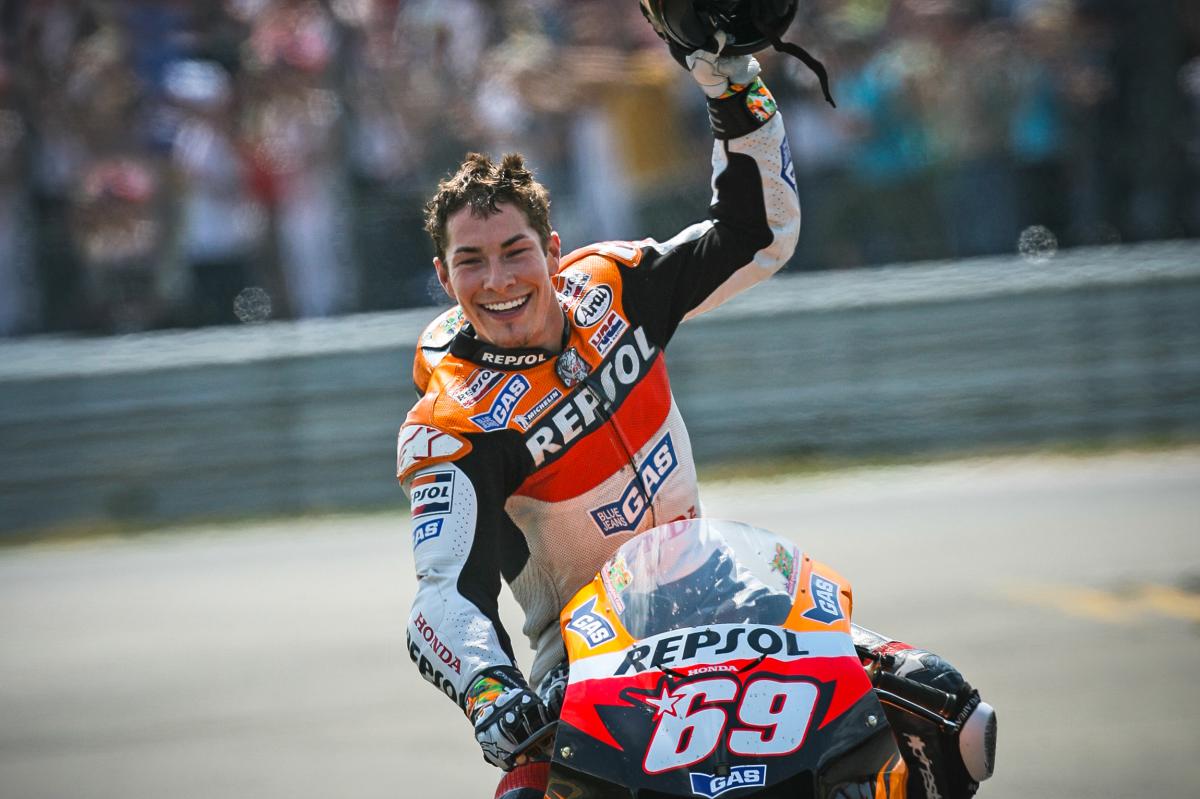 With some seat time on his RC211V, Nicky got his first victory in 2005 in his home country at the famous Laguna Seca Raceway. It was a pinnacle moment that saw the American flag fly higher than ever before. Everyone was rooting for him, and he pulled it off. A sure sign of things to come.

2006 will be the year all American MotoGP fans will remember. While Nicky was cutting his teeth Valentino Rossi was out winning back-to-back championships. It was David vs Goliath on motorcycles, and the year-long battle was as entertaining as it gets. Nicky went on to battle Colin Edwards to a last lap duel to get his first win of the season at Assen. Then another win at Laguna Seca. After being taken out by Dani Pedrosa during the Penultimate round at Estoril, Nicky was now 8 points down from the current champion, Valentino Rossi. It came down to the last race of the year, the pressure was mounting. In a turn of events suited for a story tale ending Rossi crashed, and Nicky managed what many call the perfect race, resulting in the ‘Kentucky Kid’ being crowned World Champion. From a grassroots beginning Nicky did it, he became a World Champion. His parade lap is possibly the most heartwarming moment in motorsports history. Sobbing with joy, Nicky proudly flew the American flag like a badge of honor. He did it, he accomplished his dreams. It was a beautiful moment at the time, and now it will be our most cherished memory. 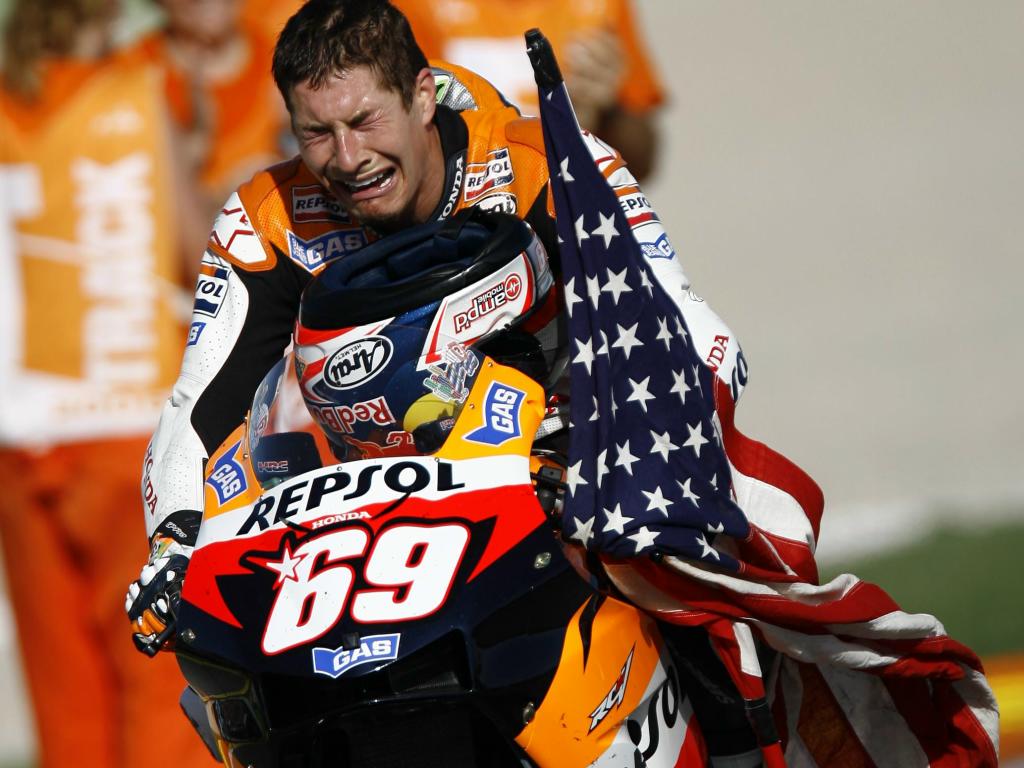 While Nicky would go on to become a MotoGP legend, spending over 10 years as a factory rider in the league. He wouldn’t see the same level of success as that fateful 2006 season. Yet, that made us love him even more. Through terrible dealings, poor bikes, and bad breaks, Nicky never once complained. He put in the same level of work that got him all those accolades, and he did it all with that iconic Kentucky raised smile.

Because of his demeanor, Nicky was a champion well after someone took his title. He continued his tireless work ethic, inspiring millions to be humble and work their asses off. You couldn’t find a nicer person no matter how hard you tried, making it all that much harder to hear of his passing. He was notorious for being first one in, and last one out. His work ethic never faltered, even when things were at their absolute worst. Nicky was never too good to talk to the fans or the media. And most of all he never once blamed anyone else for any problems he may have had, proving his character over and over. 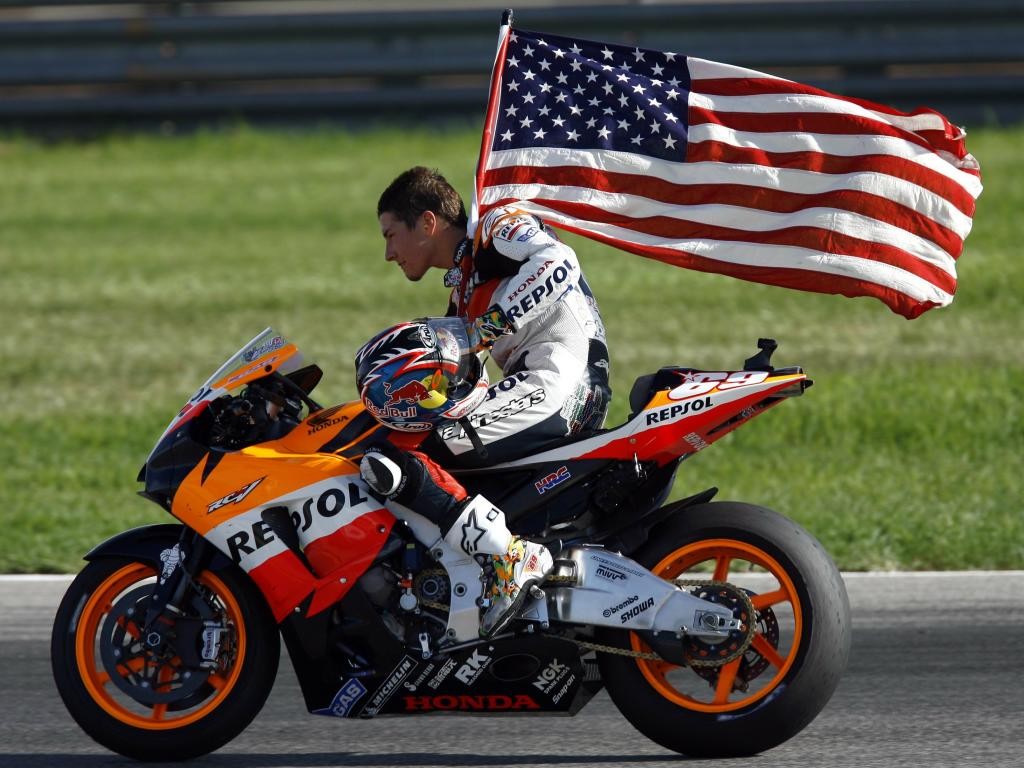 For me Nicky was and will always be one of my biggest idols. My passion for motorcycles and motorsports in general can be tied directly to watching Nicky race at Daytona back in his days in AMA. The RC51 is my all time favorite motorcycle, and it’s because of Nicky Hayden. I always cherished the stories of watching him win the Daytona 200, and even more so the time he blew up an engine and found himself two laps down. He didn’t quit, instead, he attacked the 68-lap race like a sprint, lapping as many people as he could. It was the most impressive feat I have ever seen on two-wheels. And after all that, completely and utterly exhausted, he was still out signing autographs. That my friends, is the kind of man Nicky Hayden was.

It breaks my heart to write this, and my deepest condolences go out to Nicky’s family. It’s a tragedy, one of the greats gone far too soon. Yet we should be thankful that we were graced with such a beautiful person because he has undoubtedly made this sport, and this world a better place just with his presence. “When looking for models to serve as inspiration for how to live a gratifying and fulfilling life, you could certainly do worse than to emulate Nicky Hayden.” That is a quote directly from Nicky’s website, and it couldn’t ring truer today. Race in peace Nicky, you will forever be missed. 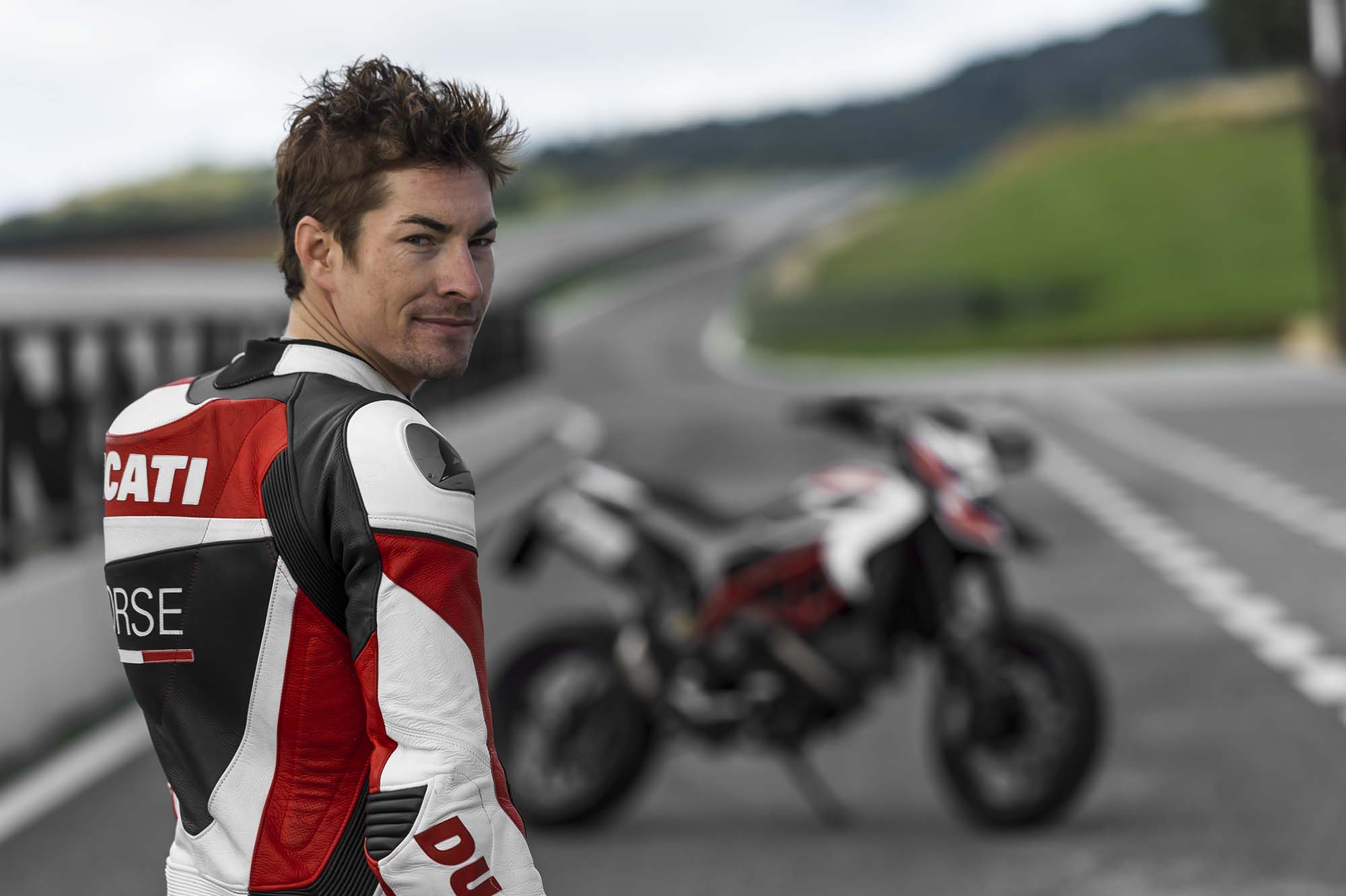