Every once in a while you have a life experience that you never forget as long as you live. As a moto enthusiast, a lot of those are geared towards riding, driving, or being driven in some incredible vehicle or machine. Here at Moto Networks, I’ve had quite a few of those experiences like my first Mint 400, first ride on a Polaris Pro RMK, the Texas Raptor Run, and first Supercar experience, just to name a few. And now I’m proud to add another to that list. While down in Moab Utah for the 2017 Easter Jeep Safari, I saw what could be the most badass Jeep CJ7 I’ve ever laid my eyes on. And I’m willing to bet most of you feel the same way. Not only did I get to see this sinister looking beast up close and personal, but I got to see it in action. Then to make it even better, I went along for a ride on what was without a doubt the most intense and impressive 5-minute rock crawling session of my life. 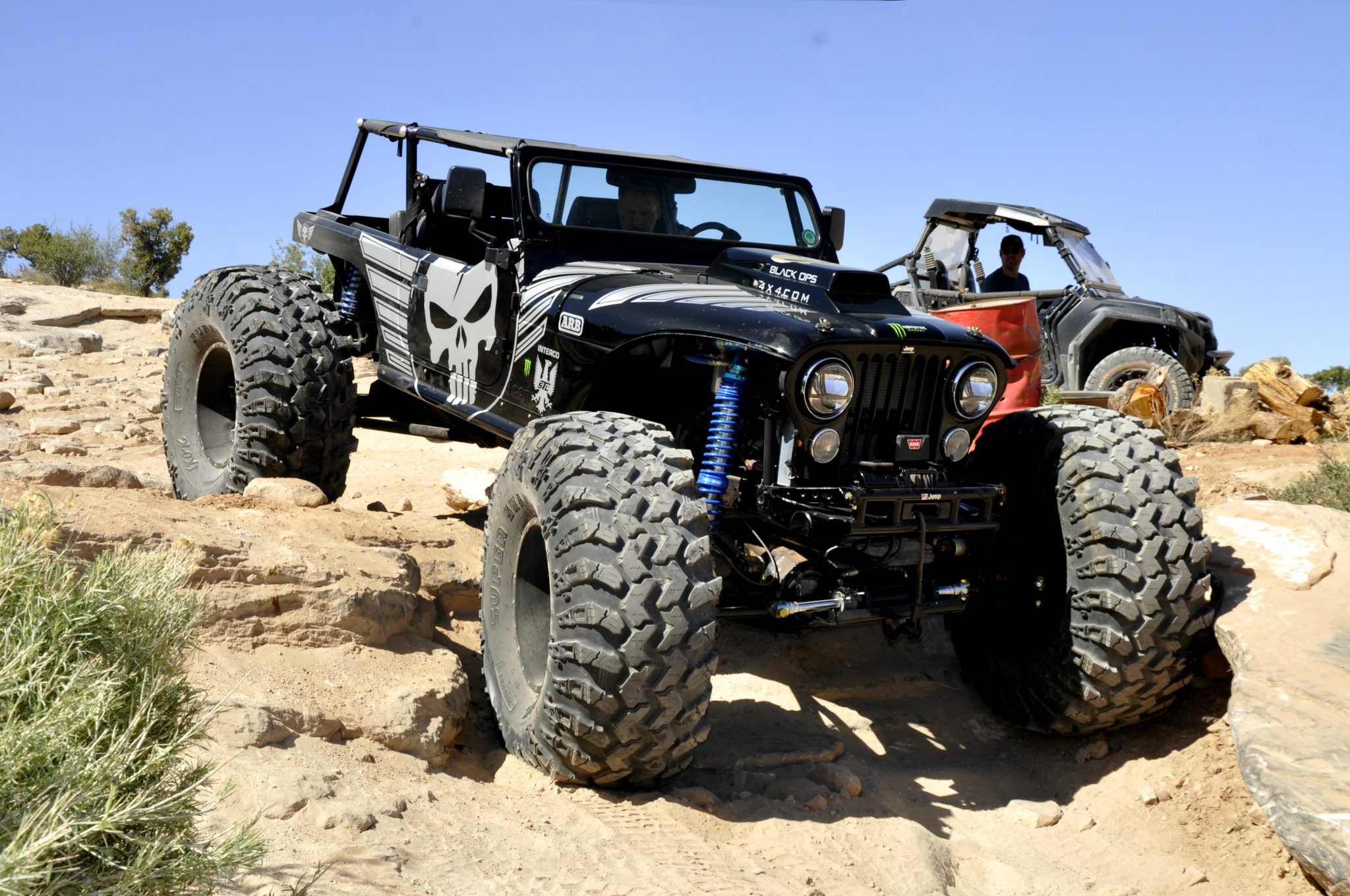 The mastermind behind this mean looking CJ7 is Chuck Kammer (that’s hammer with a “K,” not Kramer) and his guys at Black Ops 4×4. Chuck is a hardcore Jeep enthusiast that has more than 25 years of wheeling experience and as a hobby started building Jeeps that could live up to his obsession with rock crawling. Which is not an easy thing to do considering Chuck is not afraid to push his rigs to the limit and beyond. That’s why this CJ7 is built more like a tank than it is a standard rock crawler. And while it obviously looks good enough that it could be considered a show vehicle, this thing is the complete opposite of a “trailer queen.”

Before I get into how Chuck and this wicked looking CJ completely blew my mind during that 5-minute session, let’s talk about a few of the specs. Now I should clarify that by no means am I a mechanic so please forgive me if some of the verbiage isn’t correct. But one thing I do know is power, and that is one of the many things this CJ7 has no shortage of. Under the hood with the perfectly placed hood scoop sits an LS427 V8 that’s good for a staggering 630hp and 650lb-ft or torque. And take my word for it, this beast sounds as good as it looks. With that much power available under Chuck’s right foot, he wanted to make sure that he wasn’t going to break something every time he went out on the trail, which is a very common occurrence in rock crawling. So to prevent that, Chuck opted to use a 40 spline Dana 80 axle in the rear, and a 40 spline Dana 70 up front with an Atlas II transfer case. Without knowing exactly what that is or what that means, all you need to know is they are strong, really damn strong. So strong that Chuck has no hesitation when standing on the throttle and unleashing all 630hp, even when he’s running massive 49-inch Interco tires. 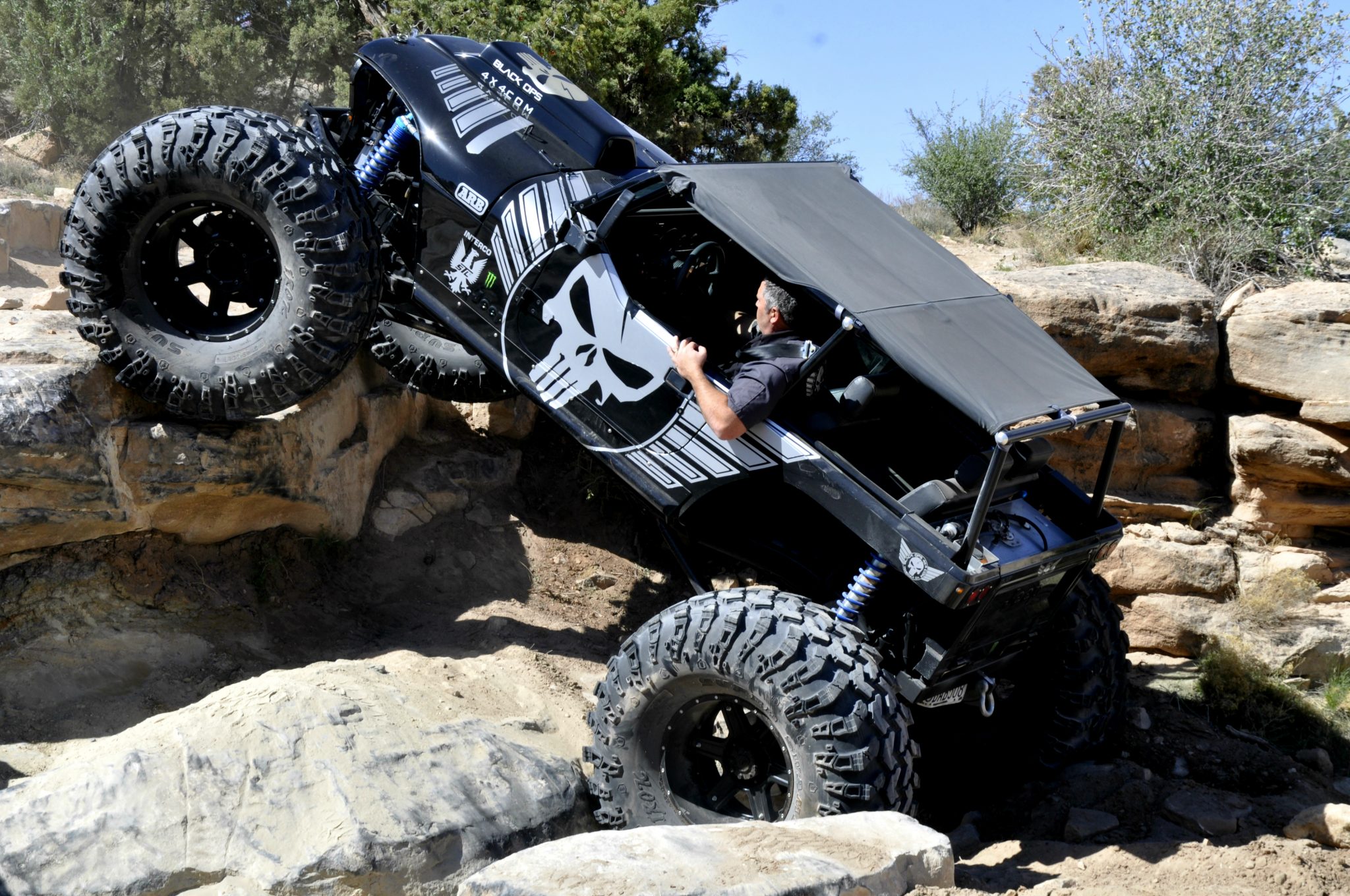 Speaking of the tires, what most people don’t realize when out rock crawling it’s common to let a great deal of air pressure out of the tires. Like for example, that day out in Moab the CJ7 was only running about 3-5 psi. To ensure the tire doesn’t twist off the rim as soon as Chuck drops the hammer (pun intended), he installed custom Black Ops 4×4 double urethane bead locks on all four tires.

I can’t go any further without talking about the overall aesthetics of this incredible CJ7. It has a few things done to it that you might not notice right away. First of all, the roof has been chopped to give it that low-slung look and with the wider axles and massive tires, it may appear to be a lot smaller than it really is, especially in pictures. But don’t go thinking that it’s small in any way. I’m about 6’1″ and you’ll see me literally have to climb up into the passenger seat when I’m going for a ride. 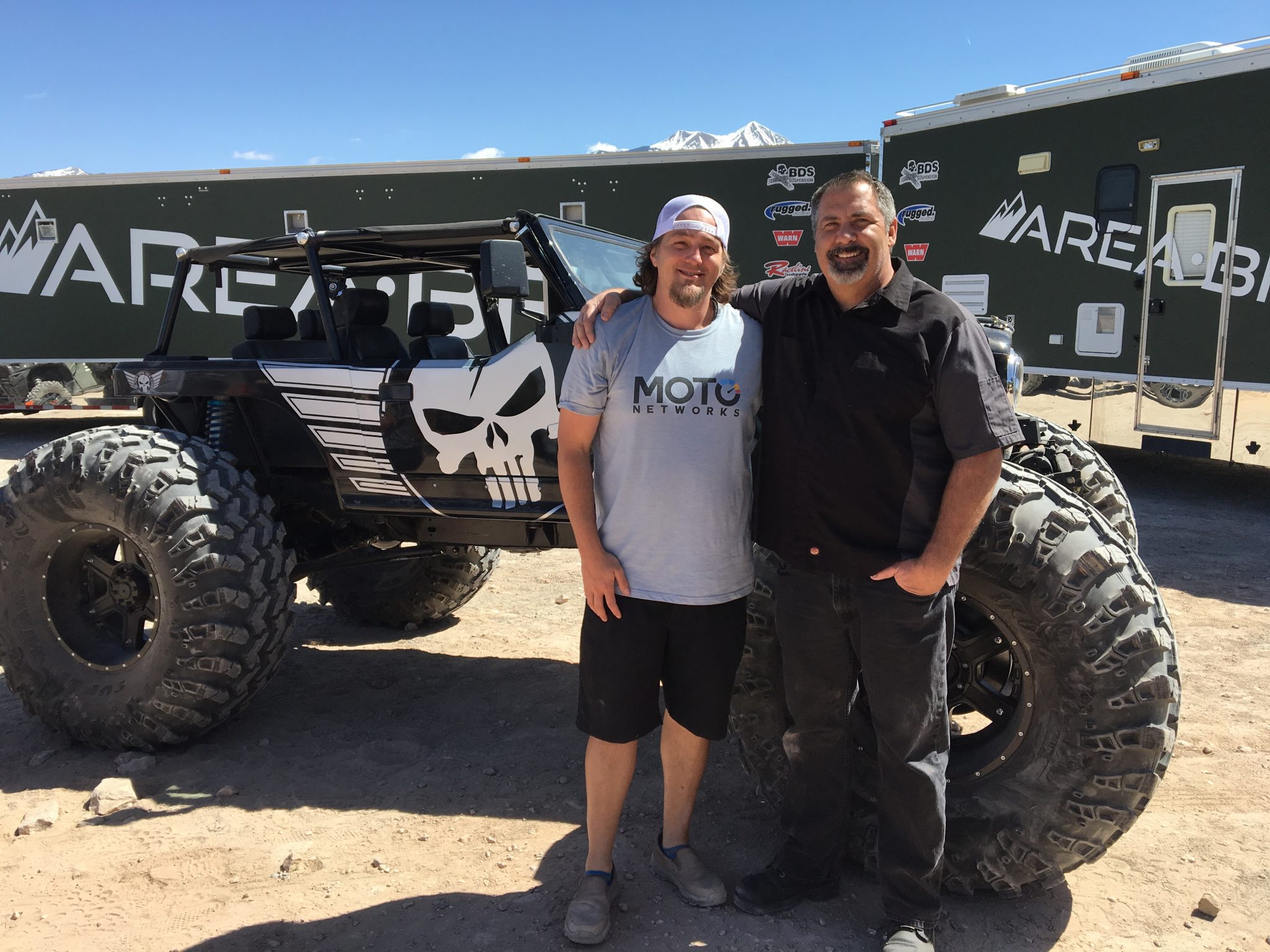 Speaking of that ride, I can only come up with one word to explain it. And that’s WOW! Not only did Chuck climb every obstacle at Area BFE with ease, but the CJ was so comfortable while doing so. If you had a blindfold on, you’d think you were riding in a Cadillac, a really badass, incredible sounding Cadillac that is. After just 5 minutes in this beast, I had the warm fuzzies screaming through my body for a solid 30 minutes after. I could barely take a barely take a picture I had so much adrenaline coursing through my veins. And that is why I am forever grateful to Chuck for letting me be a part of it and allowing me to share his creation with all of you. We have future plans to talk more about the other rigs Chuck and his crew have built that are equally as badass as the CJ7 you see before you, and we’re very much looking forward to that.

For those of you interested in seeing what Chuck and Black Ops 4×4 can do for you and your own personal vehicles, you might want to get in line. There has been such an overwhelming response that Black Ops 4×4 works by appointment only. You can contact them via Facebook, Instagram, and also at [email protected].

Once again, I’d like to thank Chuck and Black Ops 4×4 for an amazing experience and I’m very much looking forward to what the future will bring. Stay tuned for more to come, I give you my word you’ll not be disappointed. 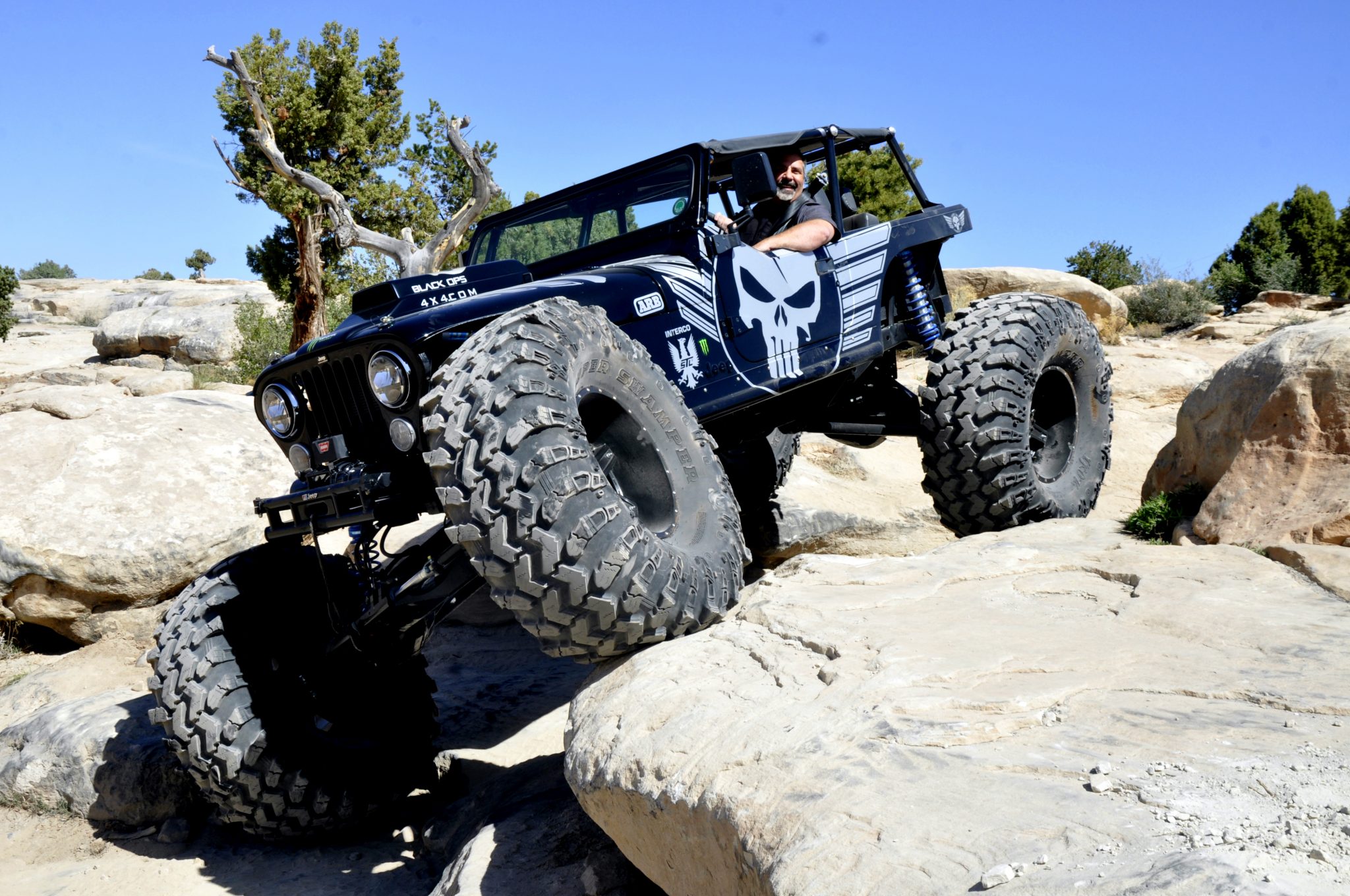 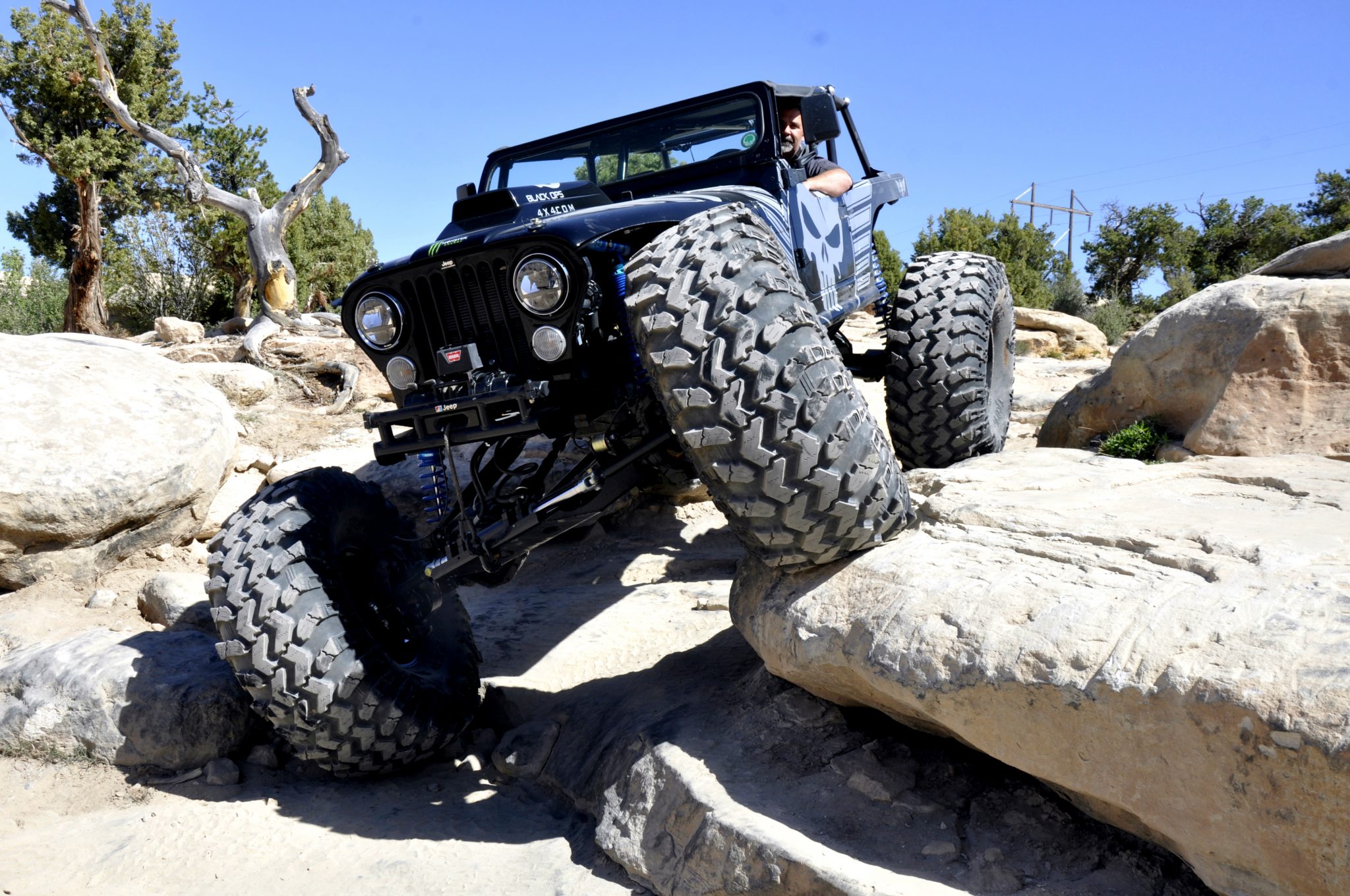 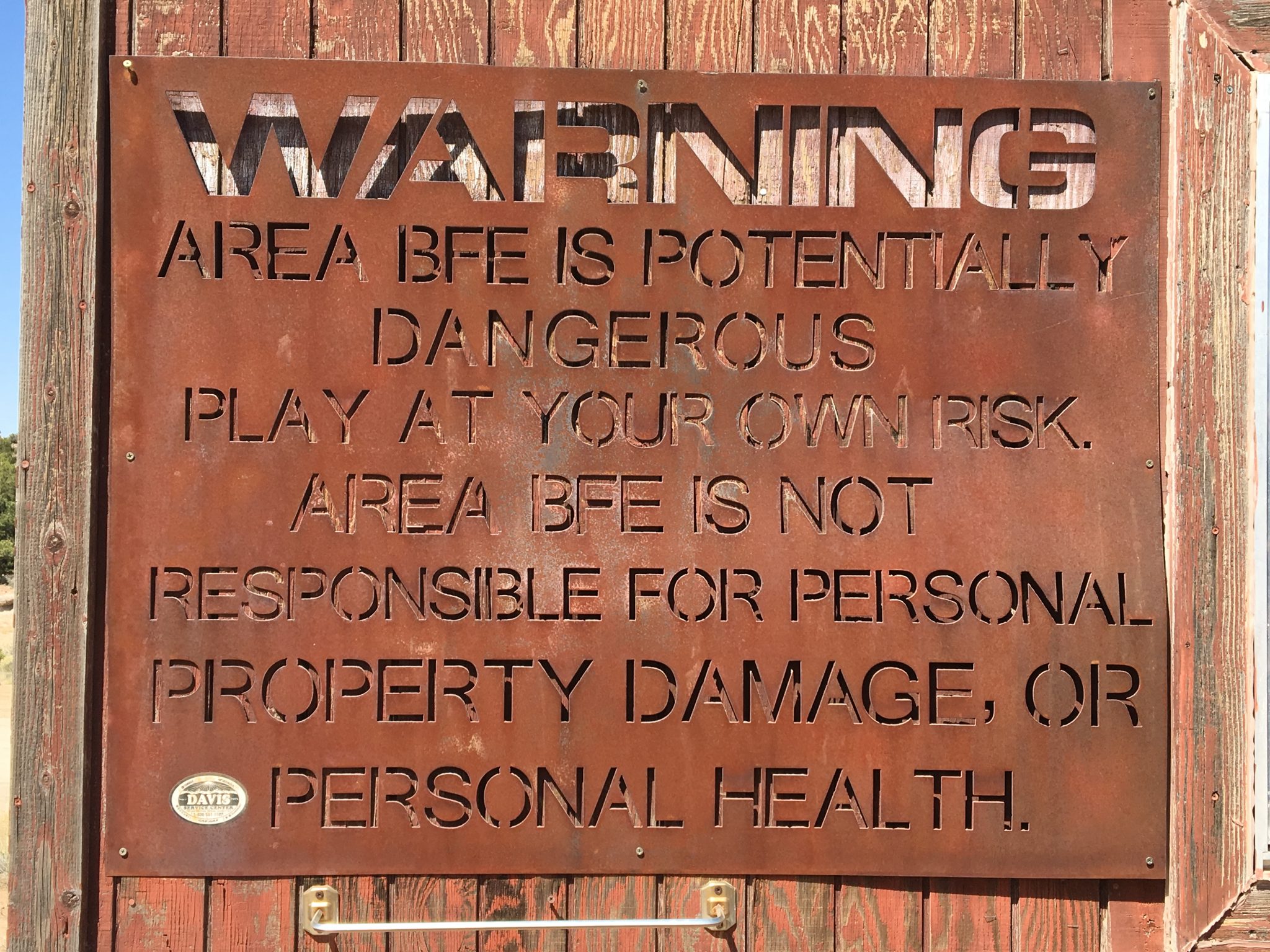 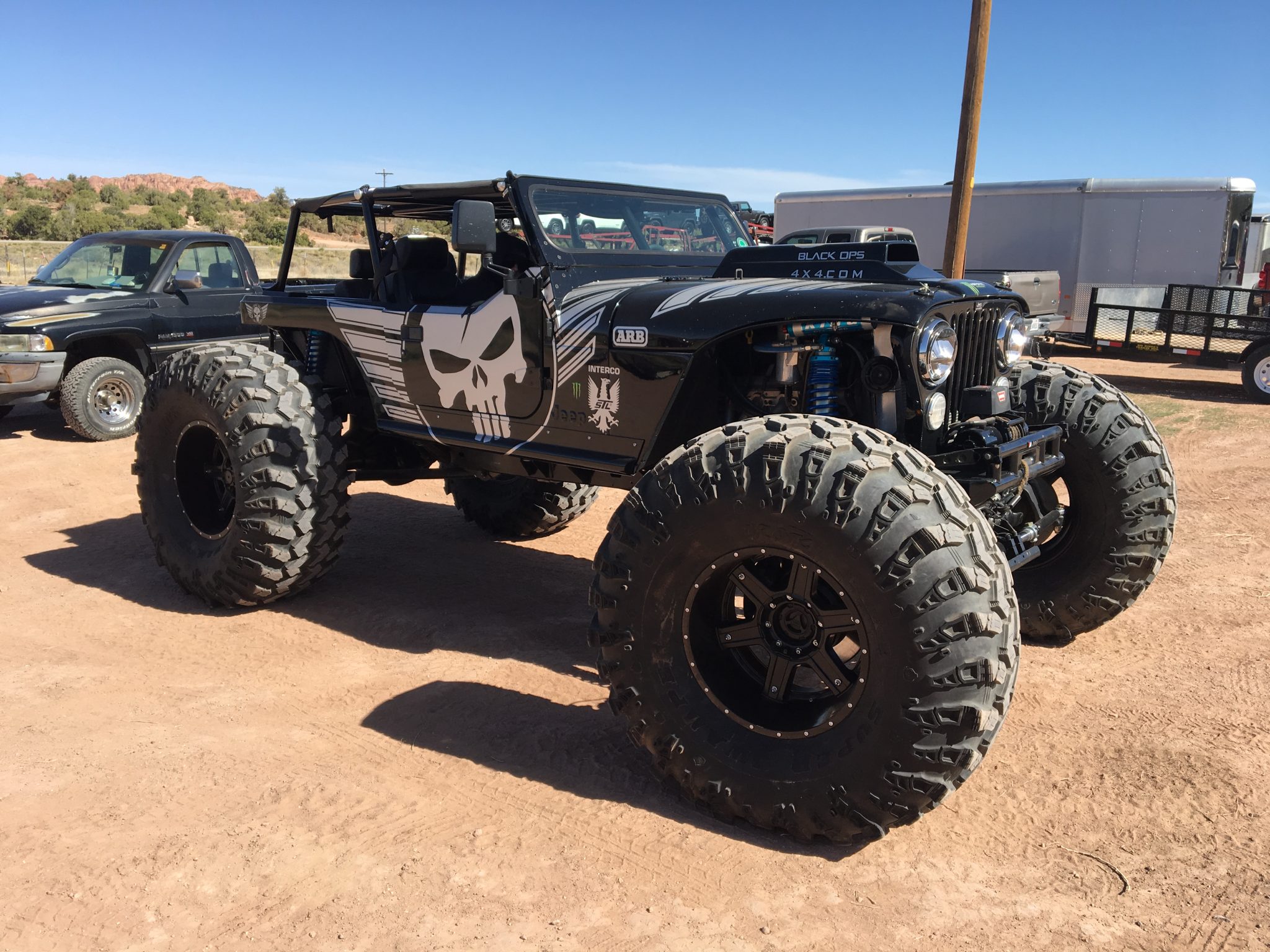 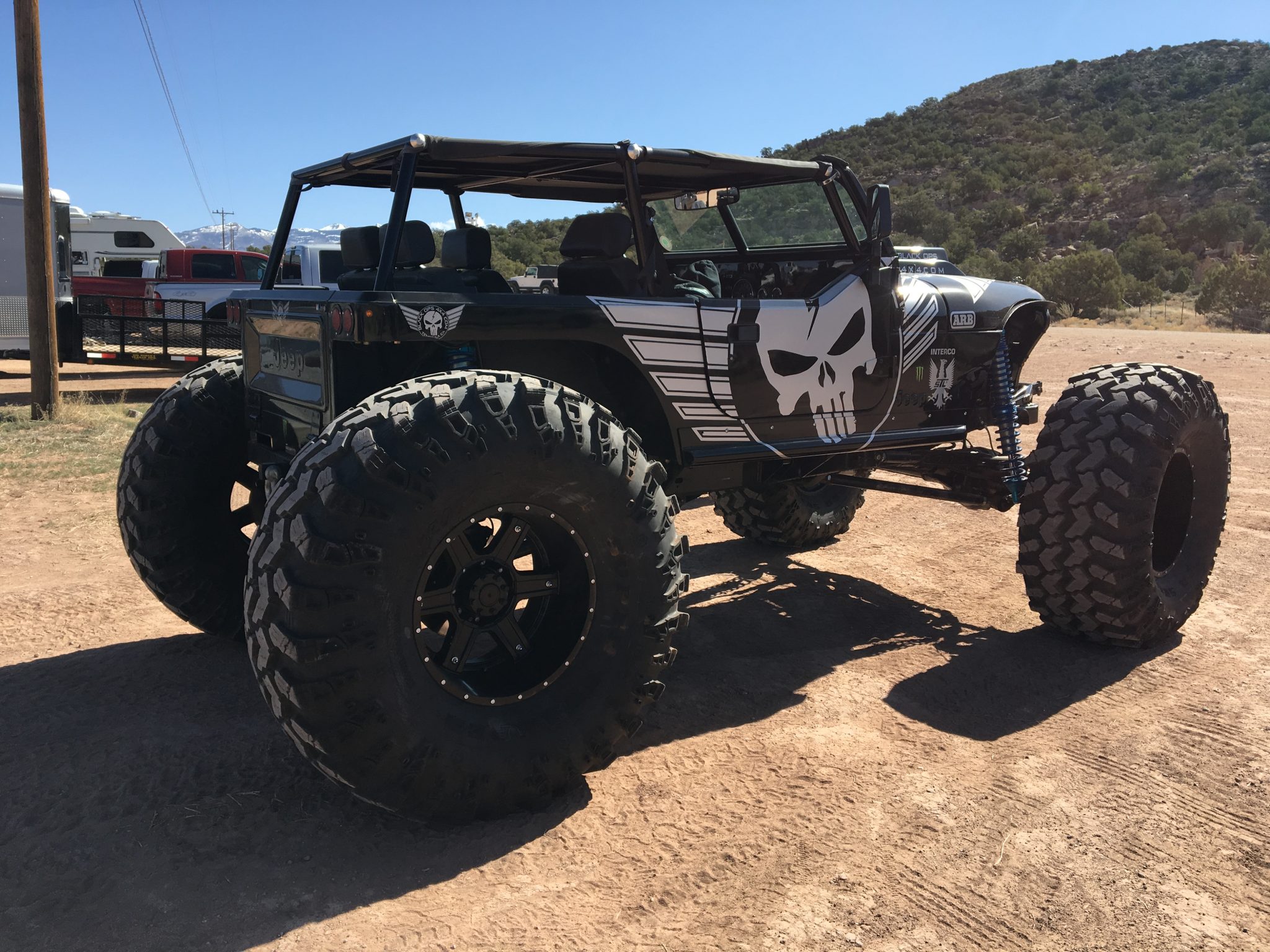 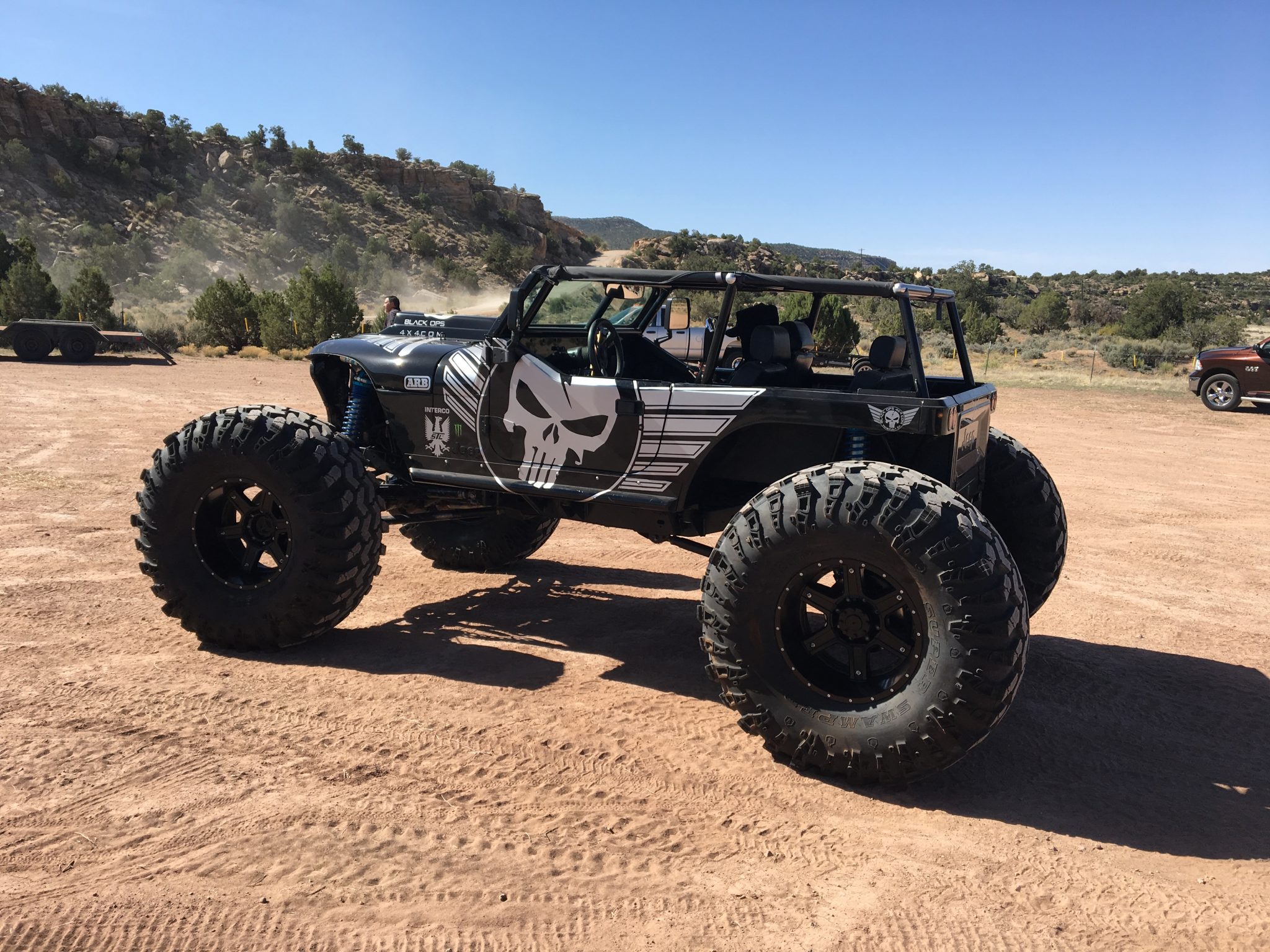 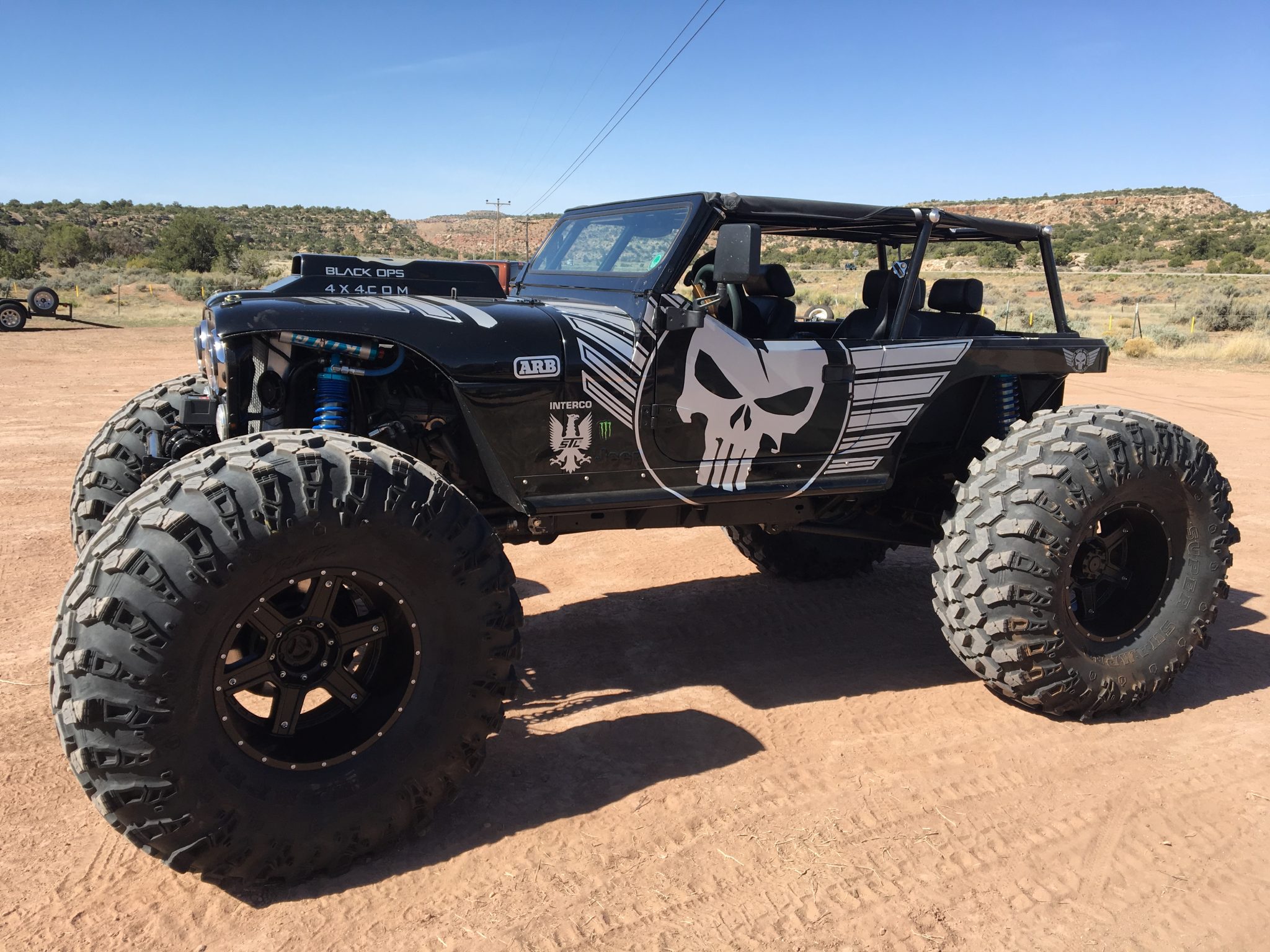 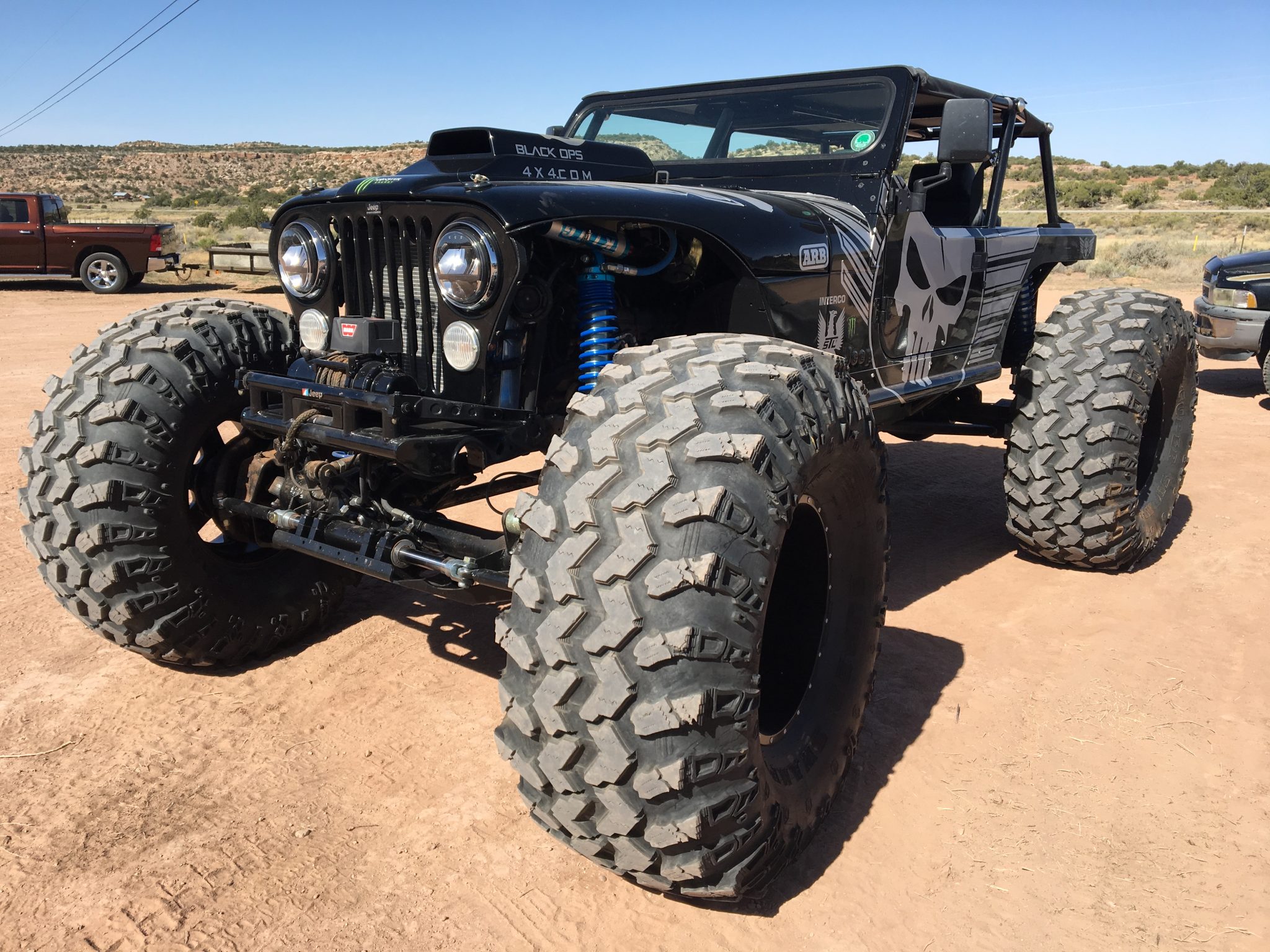 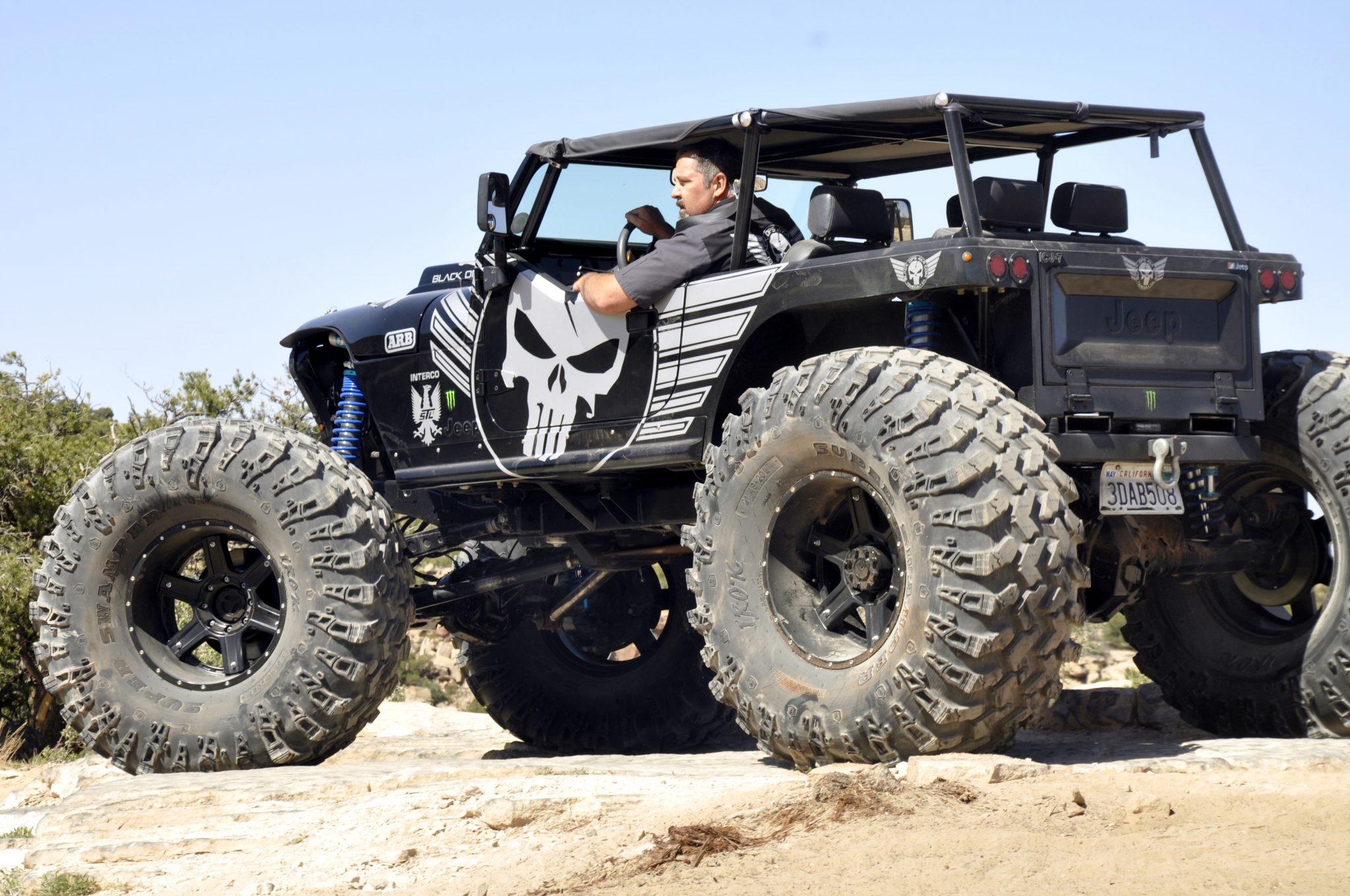 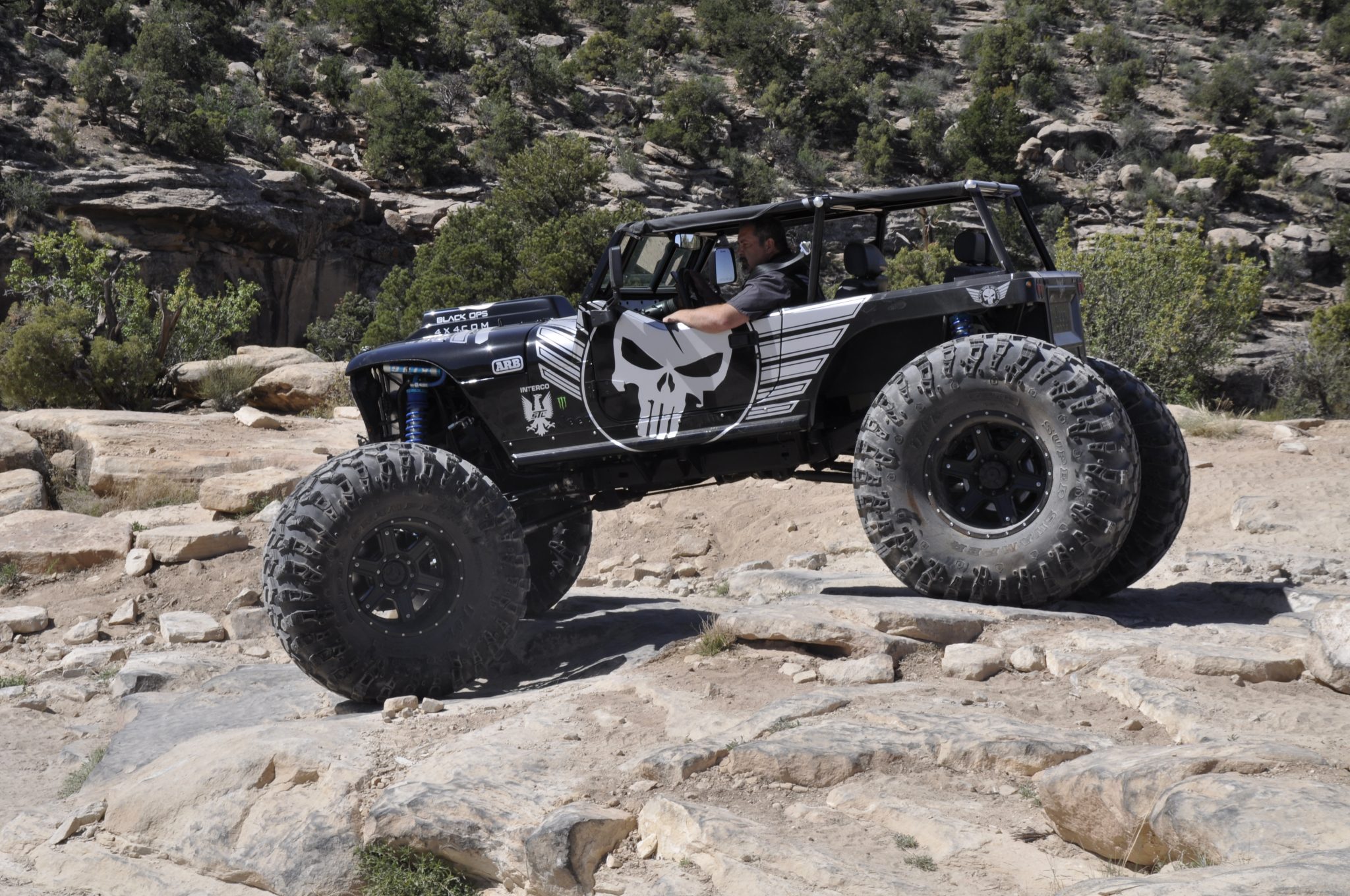 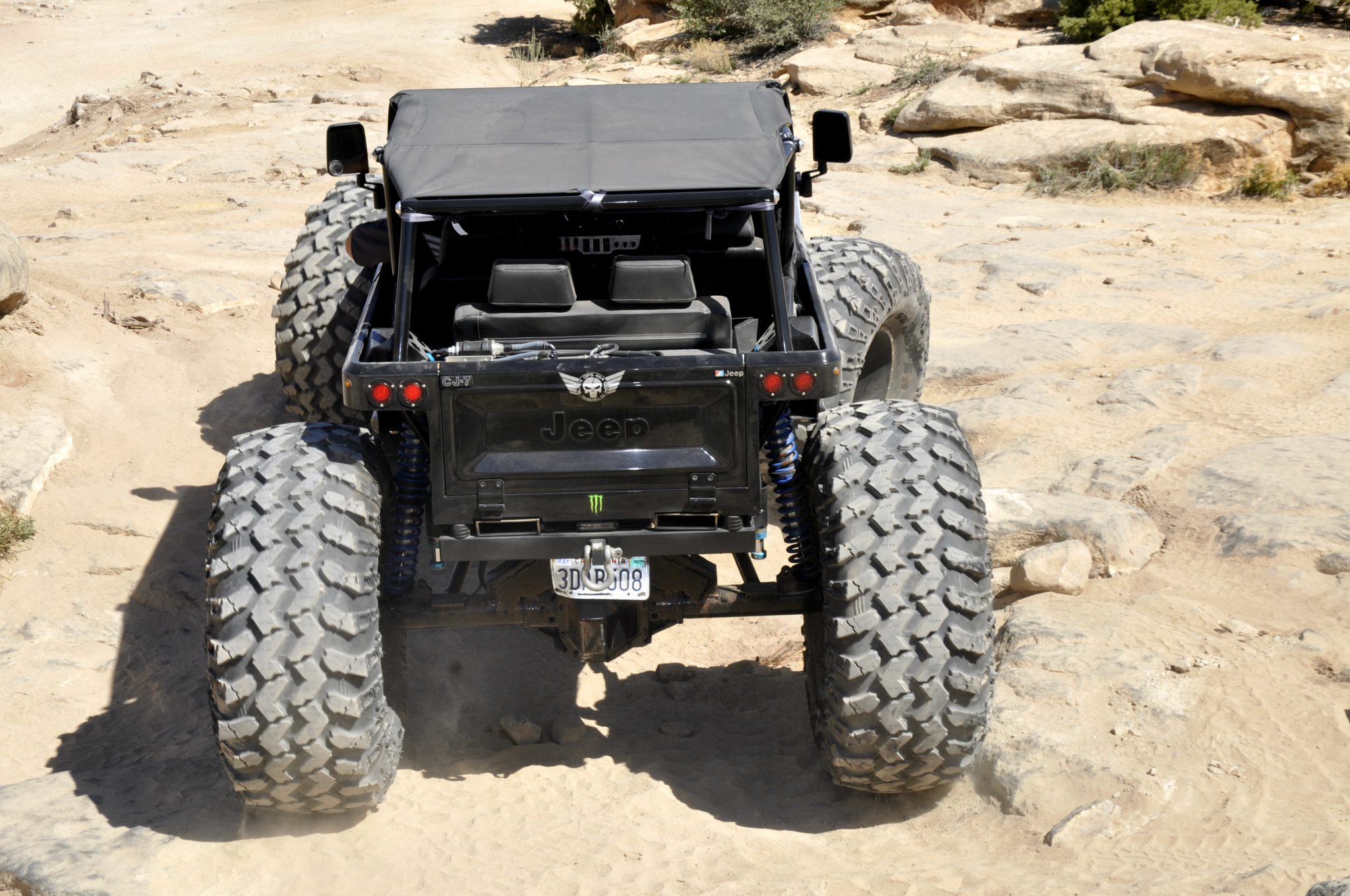 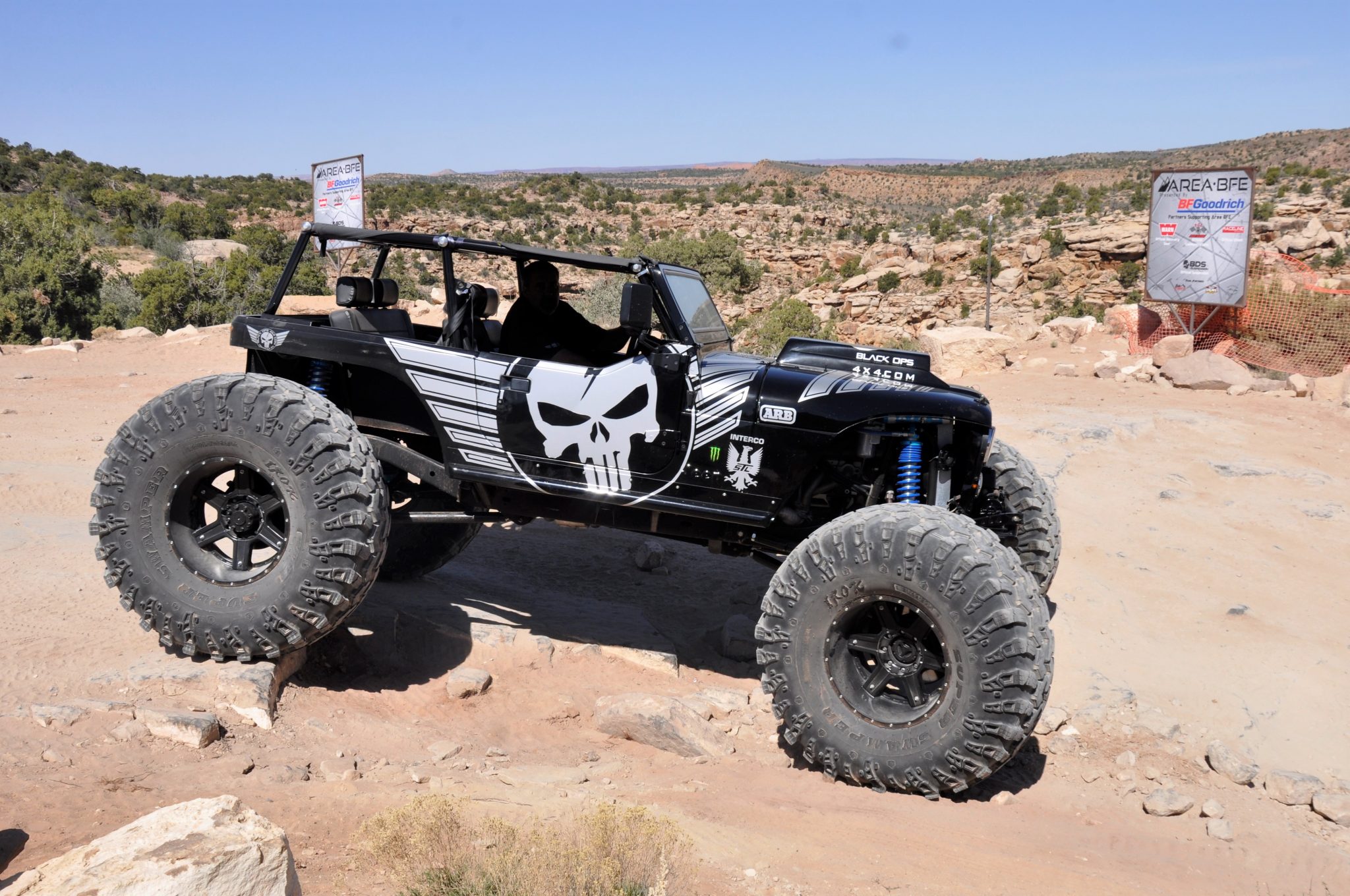 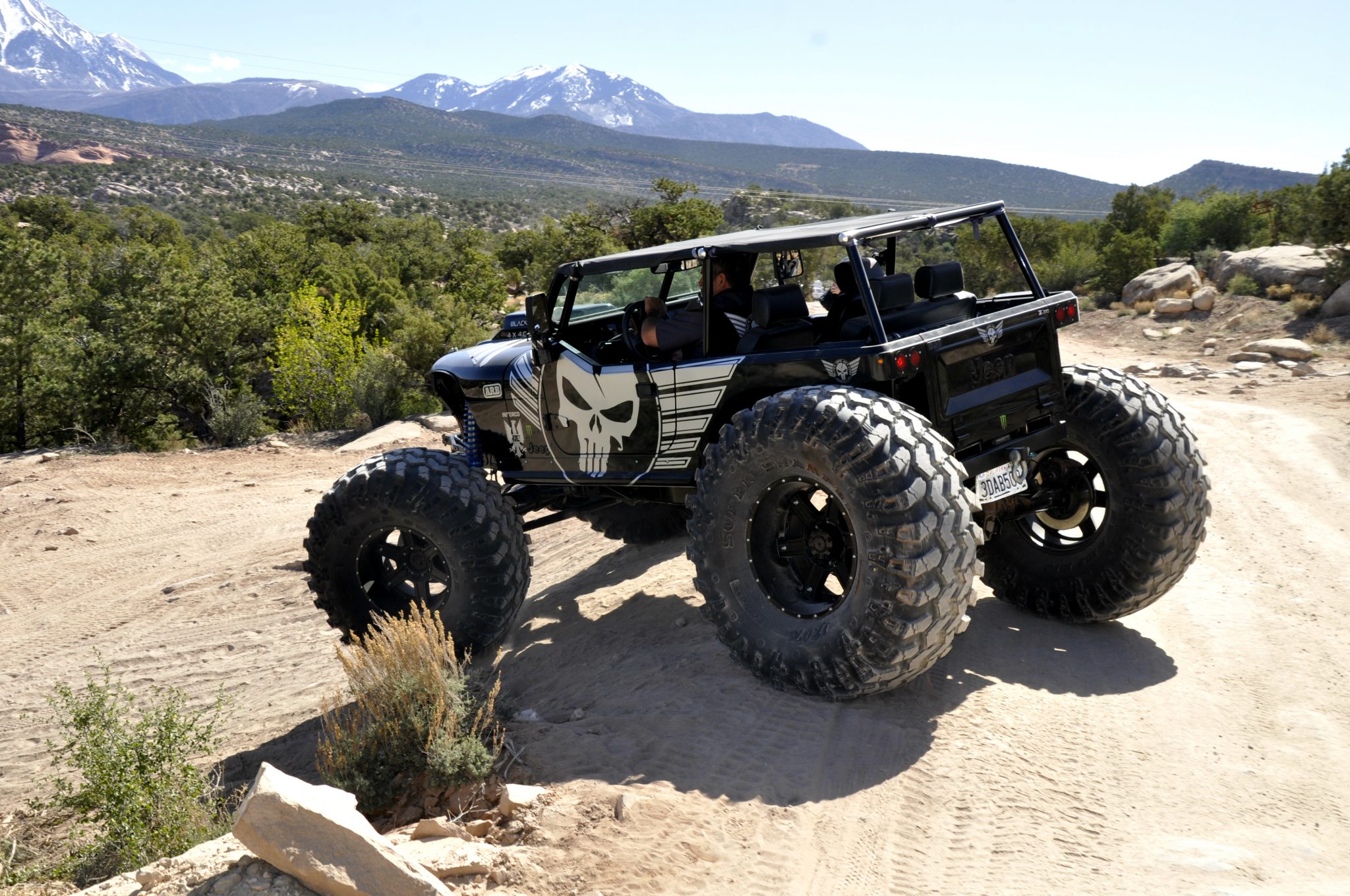 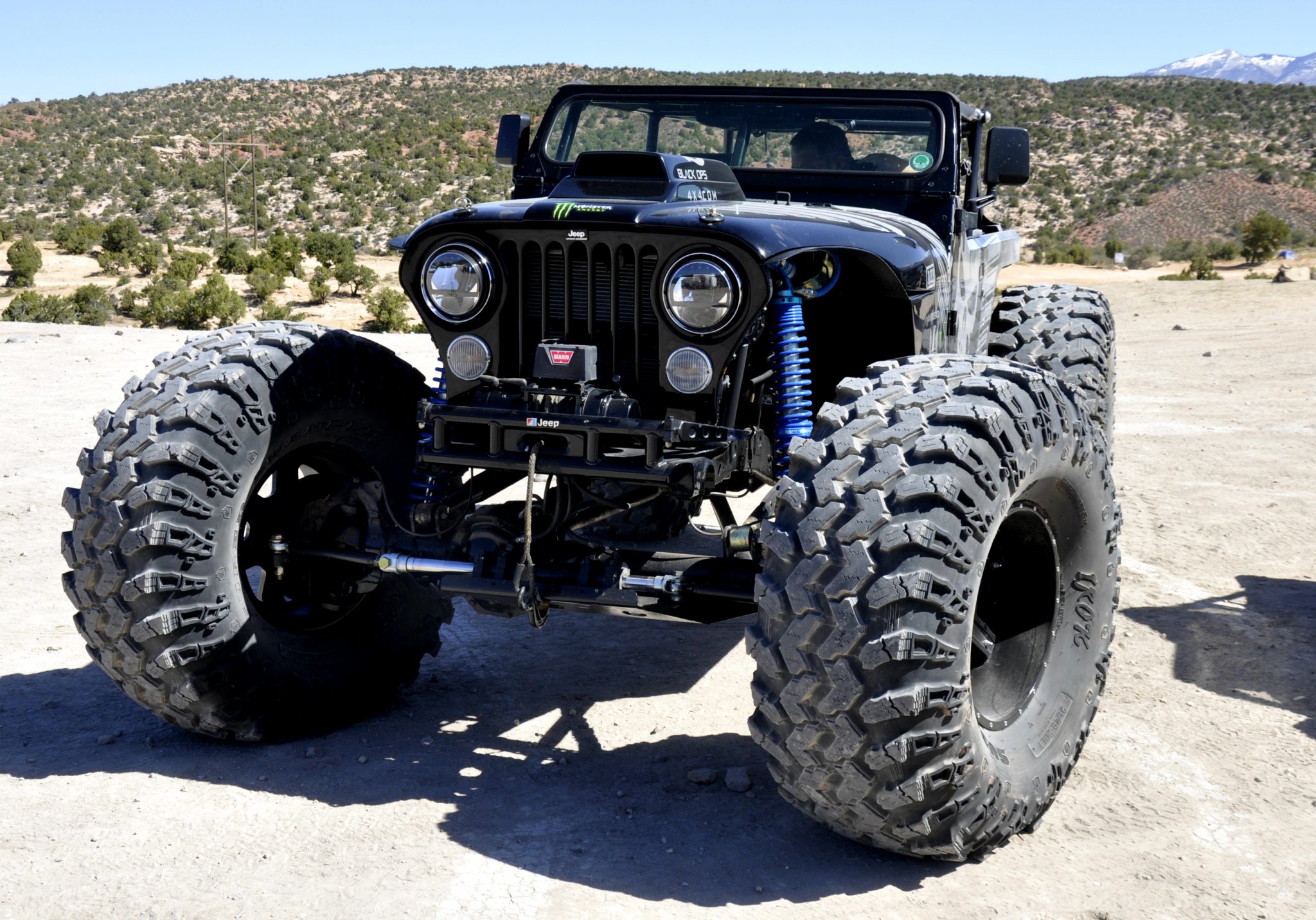 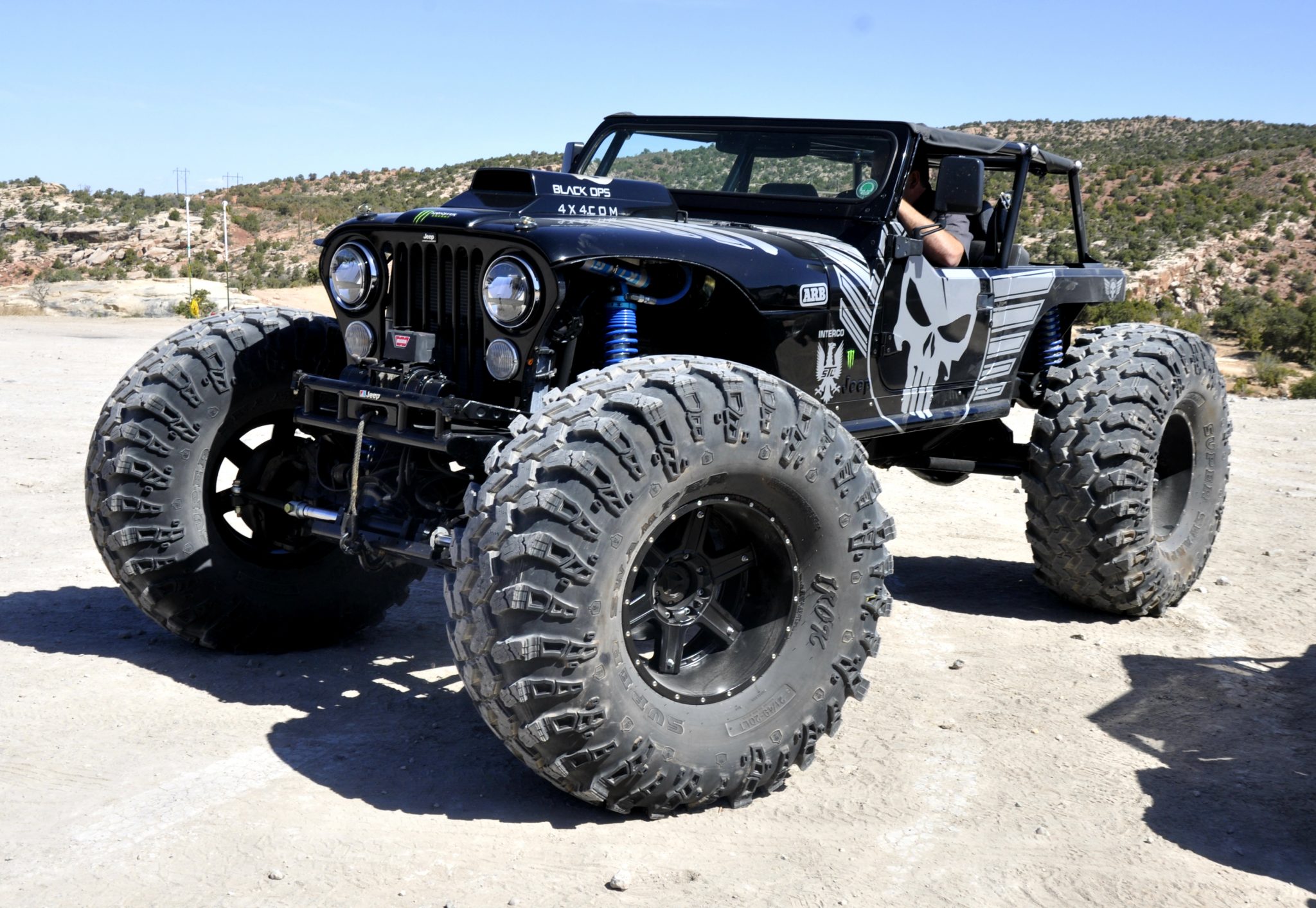 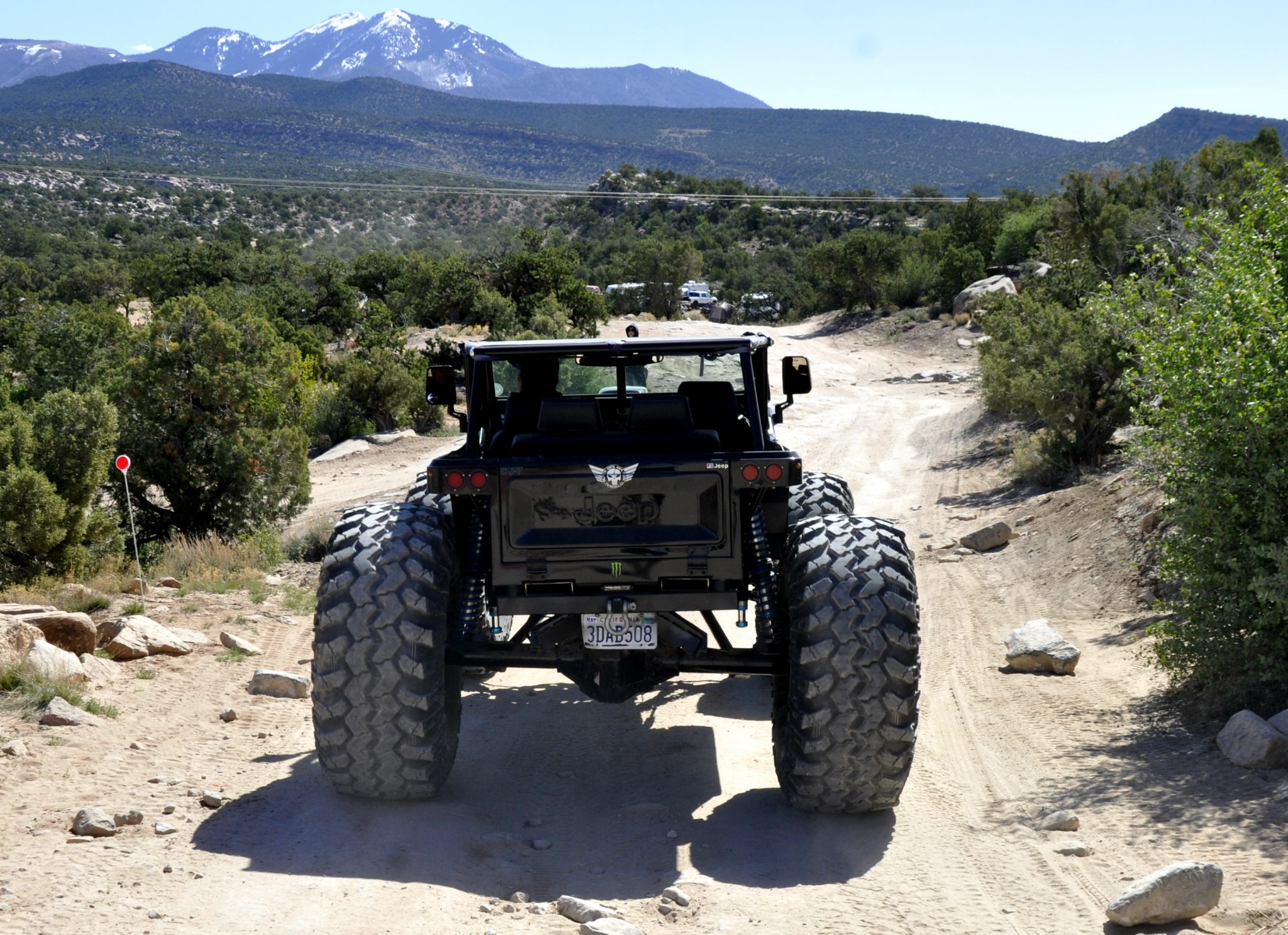 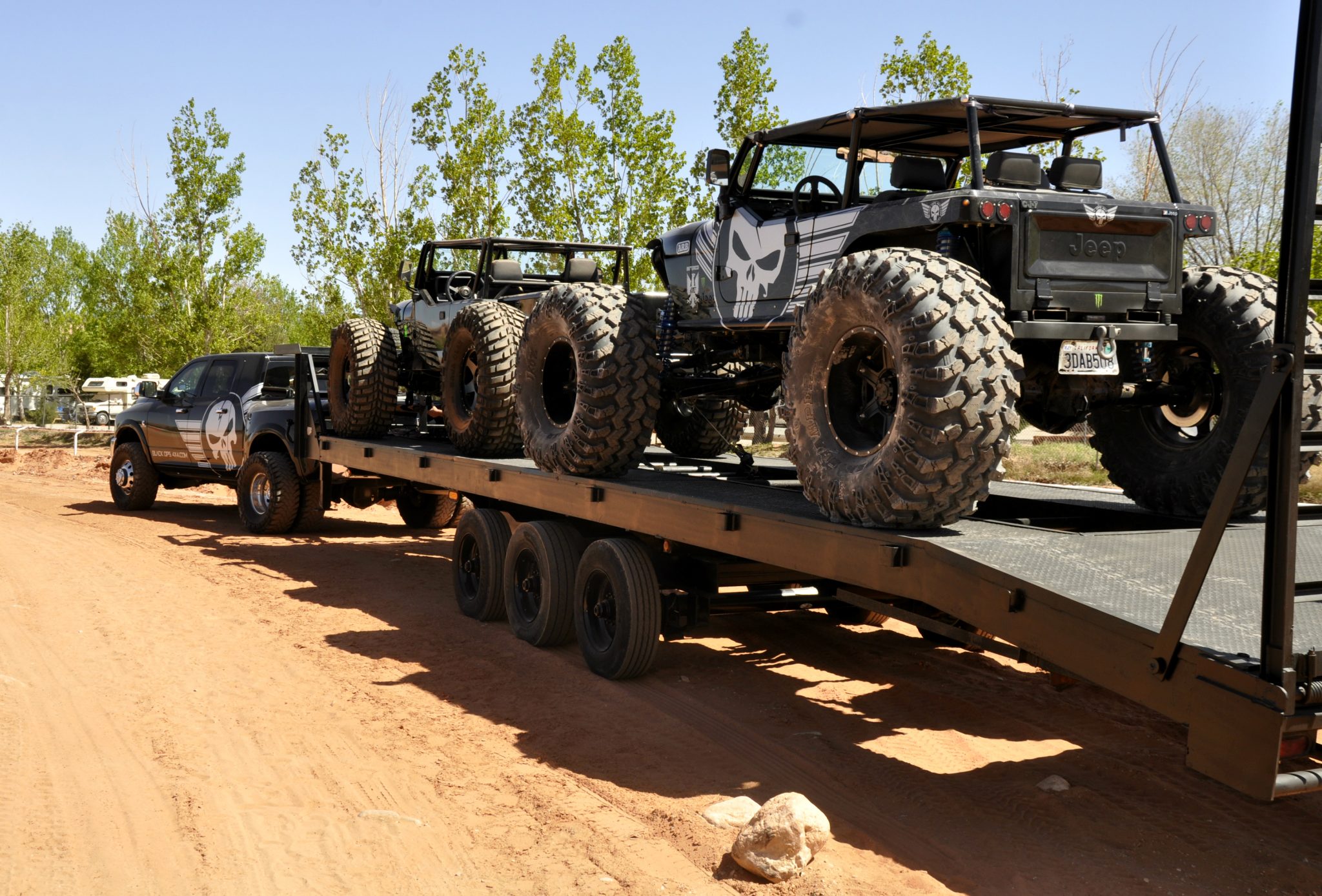 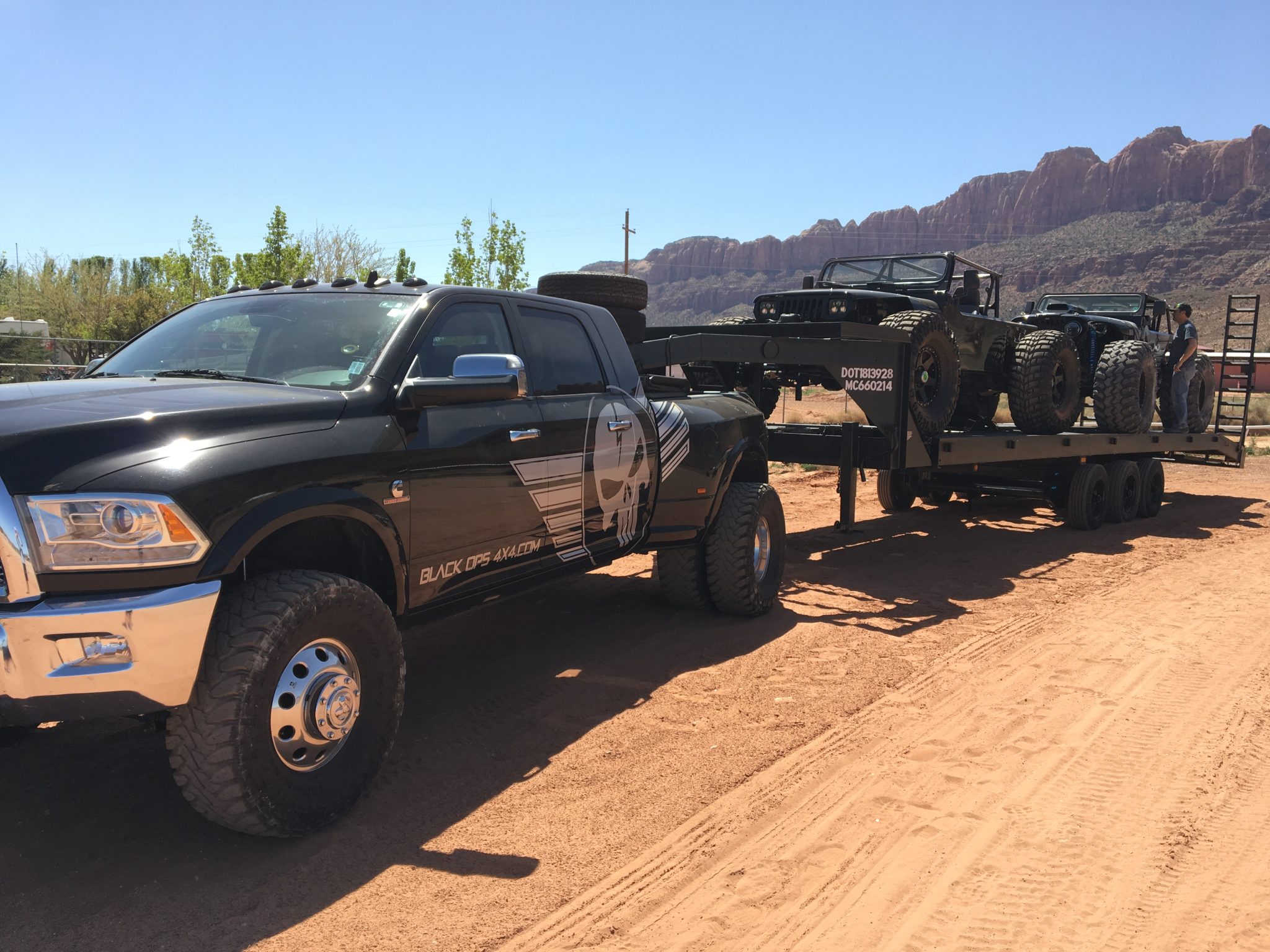