We all know and love the BMW M5, no matter if you’re a fan of BMW or not. It’s the benchmark in the performance sedan market and has been for quite some time. And with the current generation slowly coming to the end of its production, we will be a getting a new one. Based on the information we know about it so far, it’ll either be a home run or a total flop. A lot of that has to do with the fact that it’s coming with an all-wheel drive system. But that’s still a few months down the road, and the meantime Chris Harris got ahold of special edition M5, the 30 Jahre M5, and took it out to the snowy Welch Countryside to see if it still lives up to that benchmark it’s held for so long.

However, you’ve got to have something to compare it to, right? So Harris chose what he thought might be a worthy contender, and somehow he came up with the Lexus GS F. Not what you were expecting, I know. But apparently, we shouldn’t be so quick to judge even though the M5 is putting out roughly 130hp more than the GS F. Although this is 30 Jahre edition, which is the best and baddest M5 you could buy at the time, there’s no way this old grandpa Lexus deserves to be on the same roads as the M5, let alone compete against it.

And in most circumstances that is absolutely the case. The keyword there is “most.” There’s one variable here that needs to be put into consideration when you’re starting to assess these two performance sedans. That is of course, the “snowy” Welch countryside. This isn’t a track day setting where the M5 would surely wipe the floor with the GS F. This is regular road weekend cruise type of driving, and in this case, the roads are wet and slick.

This is the type of driving that will really point out, and even exaggerate the weaknesses of the mighty M5. If you remember, the 30 Jahre Edition comes with a tuned version of the 4.4L twin turbo V8 that churns out 600hp, up from 550hp in the standard M5. It also has slightly more torque with a total of 516lb-ft, and you can feel every one spring to action when you put your foot to the floor. The point being, this car is wickedly powerful and can be extremely fast.

You’ll notice I said “can be.” That’s because the M5 is so powerful that even on dry pavement it’s hard to find that balance of maintaining traction and turning the tires into a cloud of smoke. You can imagine how difficult it must be when the roads are wet and slick then. Harris being a spectacular driver who has an insatiable appetite towards being sideways in a car should feel right at home behind the wheel of the M5 then, right? Yes, and no. If he were just out playing, sure. But if you were out on a cruise or even a daily commute, it would get rather annoying, even if you are Chris Harris.

The 30 Jahre M5 also comes with the competition package suspension system and it’s tuned for aggressive track day adventures so it’s incredibly stiff. Even in the softest setting, Harris felt as if his back was being trampled by a herd of elephants. Don’t get me wrong, there is plenty of good things about it, which I’ll be quick to point out as an avid BMW M series enthusiast. Thanks to the competition pack, the 30 Jahre gets carbon ceramic brakes, a top speed of 190mph (which is still limited), and the list goes on. Harris even went as far as to give it the compliment of calling it “911 Turbo fast in a straight line.” He also said that the gearbox in the M5 is phenomenal. It’s lightning fast and as precise as you could ask for. Something that could be argued as both a pro and a con depending on what your looking for is the level of configuration control that you have in the Bimmer. There are at least 3 or 4 settings for the steering, the throttle response, active dampening in the suspension, as well as a few others. You can come up with custom configurations ’til the cows come home in this thing. But the biggest problem it had, was putting all that power to the ground. Remember that because I’m going to come back to it.

Let’s talk about this GS F for a minute. On paper, it’s sort of bland in comparison to the M5. Under the hood sits a 5.0L V8 that’s good for 471hp and only 391lb-ft of torque. That’s quite a bit less than the 4.4L unit powering the BMW, however the 5.0L in the Lexus is naturally aspirated and apparently, it’s spectacular. According to Harris, it feels like it’s revving to 9,000rpm, but then you look down and it’s barely over 7,000. He continued by saying that once you hit 3,600 RPM, there’s a wave or surge of power the comes on and gives you that thrill in the seat of your pants type of feeling. Being that Harris is as good with words as he his with a steering wheel, I think he put it best when he said: “the Vtech Boys will love it.” It’s incredibly responsive and even though it’s down quite a bit of power, it worked brilliantly on these slick Welch roads and somehow managed to put a 471hp to the ground whenever you needed it.

It was at this point that Harris said something that completely changed my opinion and outlook on the GS F. He said: “If you owned or loved the BMW E39 M5, you’ll prefer this over the current M5.” As someone who absolutely adores the E39, I take those words very seriously. And coming from someone like Harris whose opinion is highly respected in the moto world, they seem to mean even more.

The GS F isn’t without its faults. It has a slow and slushy torque converter automatic gearbox that even in the fastest setting isn’t even close to the slowest in the BMW. It comes with steel brakes that will eventually start to fade after hard use. And let’s be honest, it’s no beauty queen. Harris refers to it as “Predator-like” which I thought was quite fitting because it really is an ugly car, if I might boldly say so. Especially the obnoxious exhaust tips. But again, giving it a direct comparison to the E39 M5 is a big deal, and that now has to be put into consideration when coming to a conclusion about the GS F.

Most of the “issues” that Harris pointed out are ones that are almost directly being addressed with the upcoming model. Most notably would be the power to the ground issue. I’ve stated numerous times that these high-performance sedans are getting so powerful that its almost essential that they have an all wheel drive system just so they can get traction on dry surfaces, let alone wet ones. This particular subject is a hot one in the Moto Networks office. The one thing all of us can agree on is that no matter what, the all-wheel drive can’t take away from the spectacular handling that M cars are known for. Some people think that’s impossible with an all-wheel drive system, others have faith that the M division will feel the same way about maintaining the handling and therefore will do whatever is necessary to achieve that. Luckily though, we are on the home stretch of waiting patiently until the new M5 drops and we can settle this once and for all. 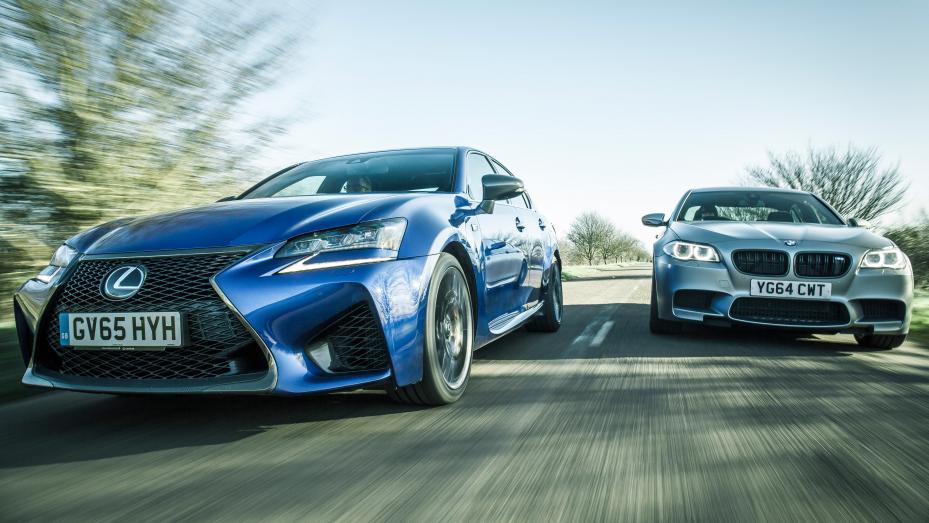 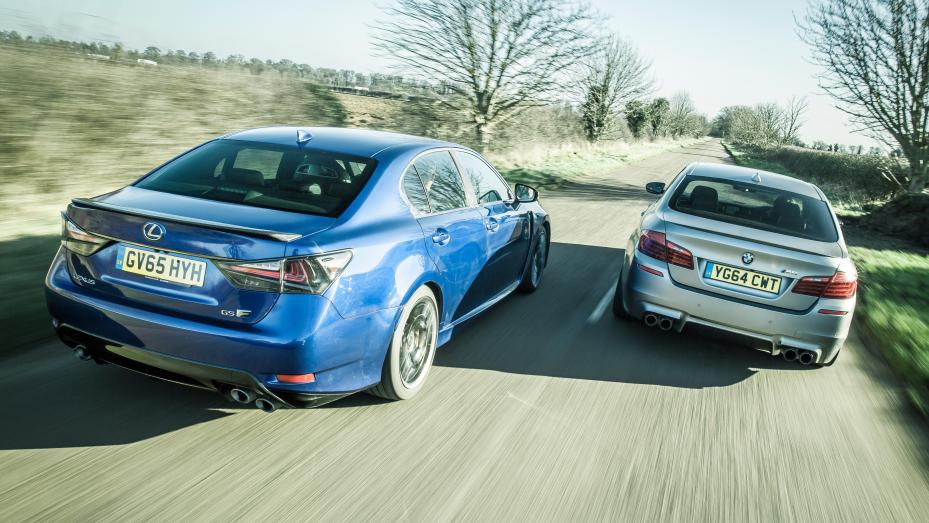 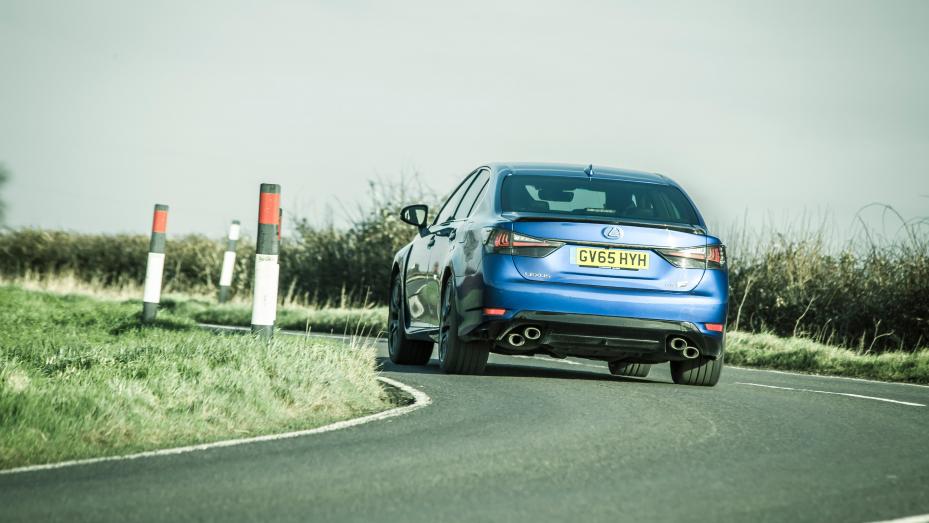 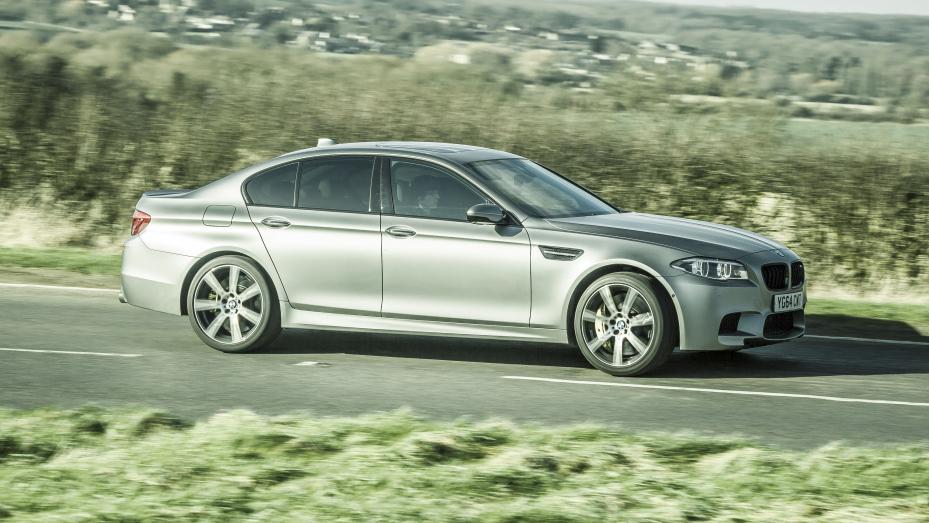 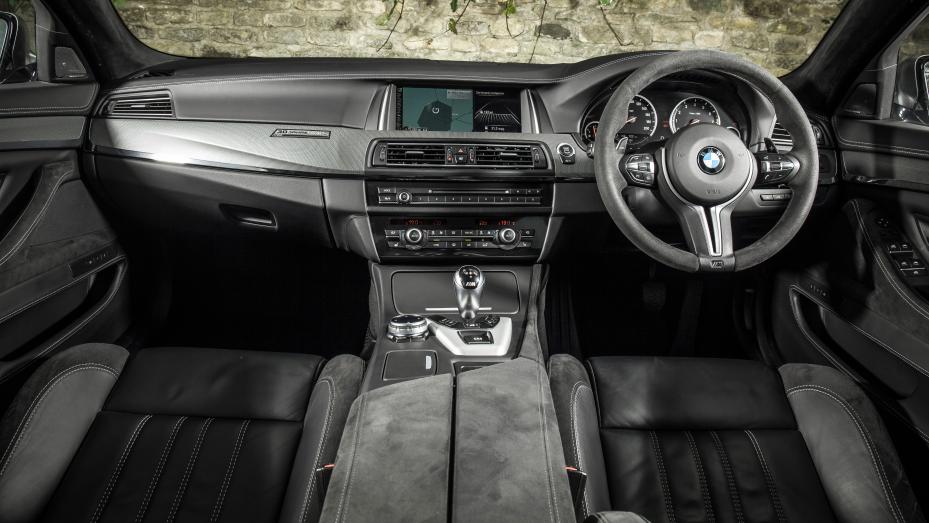 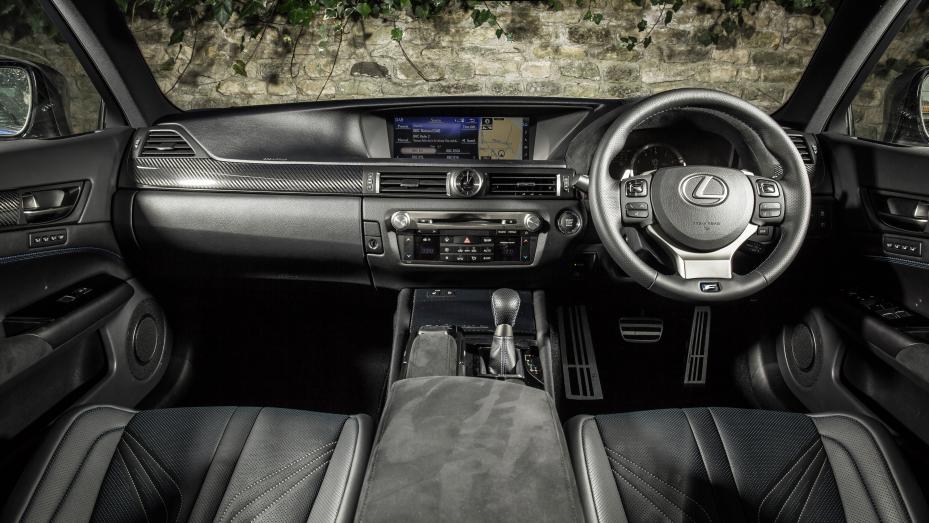