We talk about bobbers and cafe racers like they are going out of style yet we rarely talk about the one custom that has gone almost completely out of style, the board tracker.

Board trackers were a dime a dozen in the early 1900’s due to venues that supported that type of racing. They were oval tracks that featured a racing surface made entirely of wooden boards. Hence the clever name ‘board tracker.’ Since the introduction of every other type of racing, board tracks is essentially extinct. But that doesn’t mean the style should be gone forever, and Lucky Custom is here to prove just how good these types of bikes can look.

The Argentina-based Lucky Custom has been low key building some of the most exquisite motorcycles. For their 47th creation, they wanted to make something truly special. To do so they elected to start with just an engine, a Harley Evo engine. While we can argue all day over the merits of a big Harley-Davidson V-twin, one thing we can likely agree on is they are anything but quick in stock trim. Lucky Custom was looking to change that.

What would go on to be called ‘The Cheetah,’ is a radical Board Tracker built around the eccentrics EVO platform. While I would never have associated the fastest cat in the world to the lethargic Harley, I can see how they ended up there. While they used an EVO engine it is anything but stock, getting some serious hardware upgrades. Before we address the most notable change lets take a minute to examine the features we cannot see. The folks at Lucky took the EVO from 1340cc’s to 1450cc’s with full forged internals. They also boosted the compression ratio while they were at it. The next step is what took the EVO from your typical ‘hog’ to the predator that eats hogs.

Lucky Custom gave this kitten legs by adding a turbo to compliment the thumpy V-twin. While this was enough to get the power where they wanted it did a lot to add unnecessary heat, so they fitted an external oil cooler to keep things in check. With the new oil cooling the EVO no longer needed the large air fins on each cylinder, allowing Lucky Custom to shave them down for a unique look that is much more becoming to the board tracker lifestyle.

The body and frame of ‘The Cheetah’ are a master class of fabrication, showcasing every skill from Lucky Custom’s big bag of tricks. When we say they started with just an engine we weren’t being over dramatic, they genuinely had just an engine. Everything you see on the frame has been handcrafted by Lucky Custom, perfectly fitted to complete the board tracker look. The oil tank and batter box now sport ‘cooling fins’ like those found on the cylinder heads, while the hardtail frame and unique front fork allow the bike to stay extremely low, aiding in the riding position that makes this style so uncommon.

Where the build takes a radical turn comes in the form of the smallest details; while the theme was to follow the board trackers of old, it was the 40’s hotrod movement that helped set it over the top. By far the most notable influence of this is the inclusion of the 1940’s Model Ford headlight, which has been molded into the fork perfectly. If that weren’t enough, the color scheme has been stolen from the same era. Using shades of the same decade Lucky Custom balanced the colors perfectly between the blue and white with a smattering of gold detailing.

Displaying that beautiful paint scheme is a magnificent two piece gas tank, aiding in that desired vintage feel. The only problem with a vintage tank on a modern turbo motorcycle is, well frankly, it doesn’t work. Lucky Custom’s solution? Mount the much-needed fuel pump inside one of the gas tanks. This feeds the thirsty turbo while keeping the sleek look we all love. And while we are talking about genius styling moves we must mention the gorgeous set of wheels used for The Cheetah. At 23-inches in diameter, the wheels are anything but the usual. They feature a radical cross star spoke pattern that’s is as bewildering as it is beautiful. As I write that I realize how grotesque they sound, but trust me they fit this build perfectly. It’s bizarre, yet I love it.

Lucky Custom pulled out all the stops on The Cheetah, and not just because it’s their 47th motorcycle build. While that is its official build number, it is much more than that. This Cheetah marks the 10-year anniversary of when the shop first opened in Córdoba, Argentina. With The Cheetah being a beautiful tribute to the shops growth over the last decade, it’s a pleasant surprise to hear that it won’t be sold off after its fan tour. This lucky cat is going home with the owner himself, and he couldn’t be happier about it. ‘What I like most about this bike the most is that it’s staying mine!’ With the work they put into it, I’d say he deserves it ten fold. 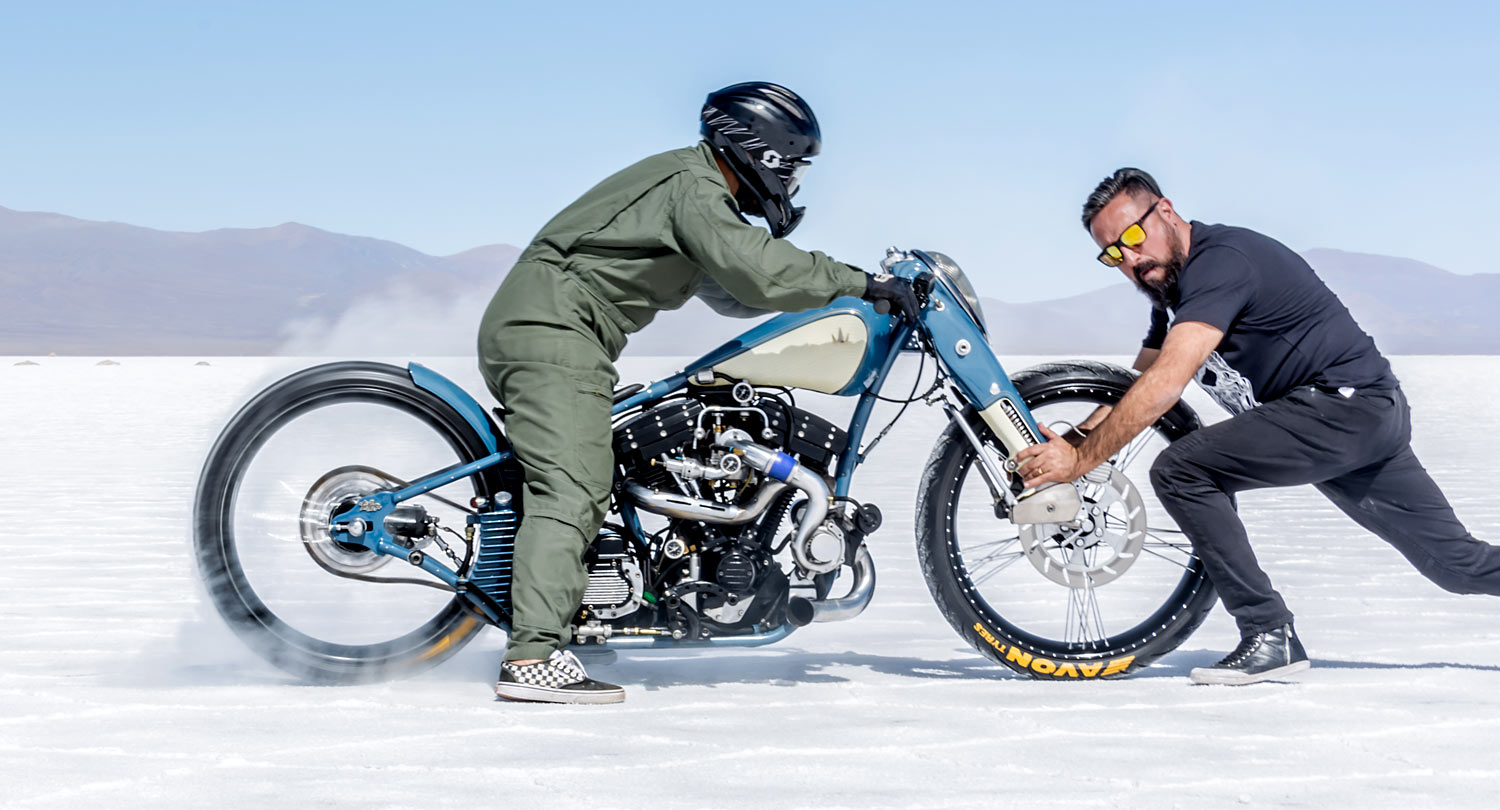 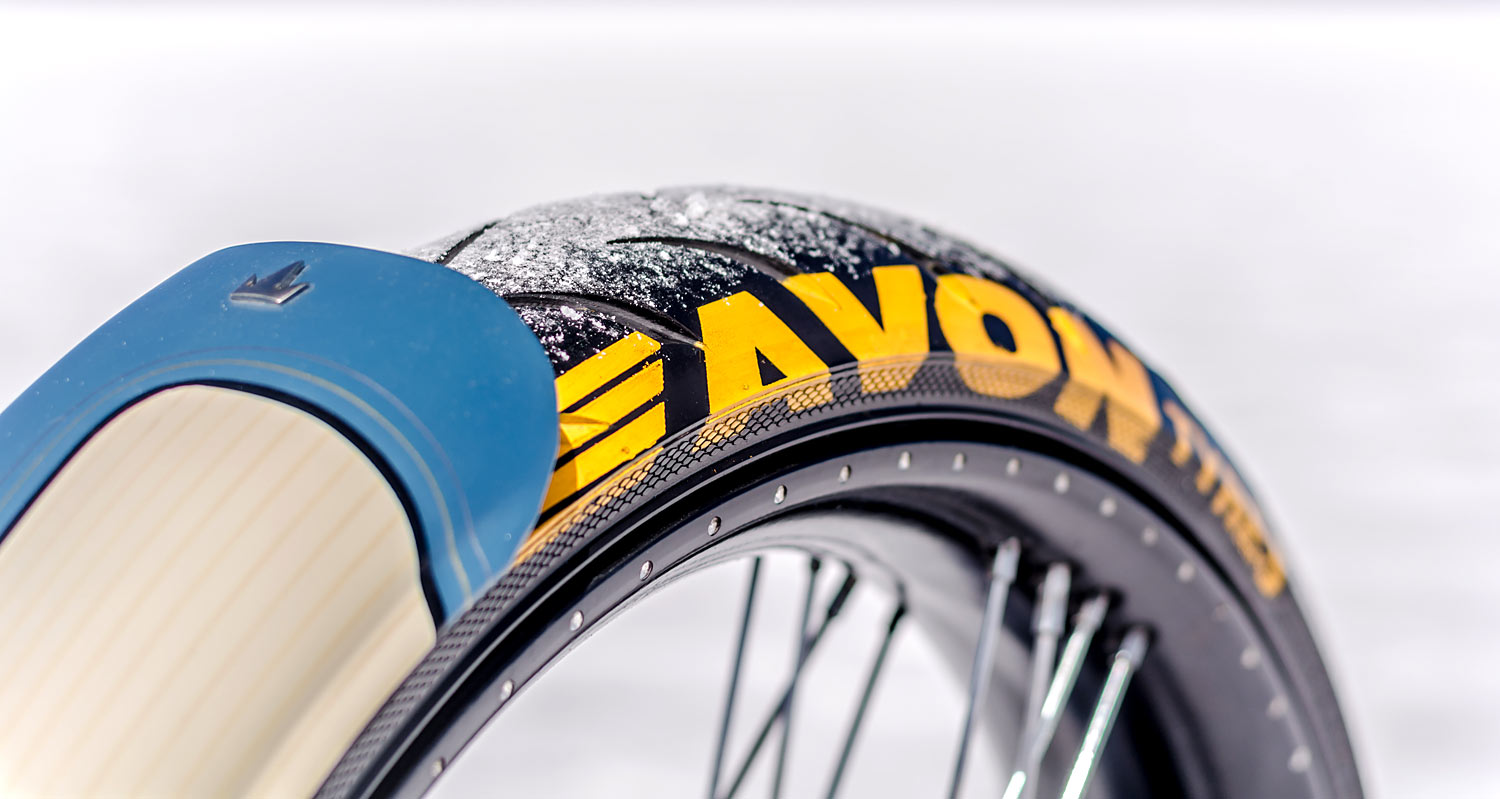 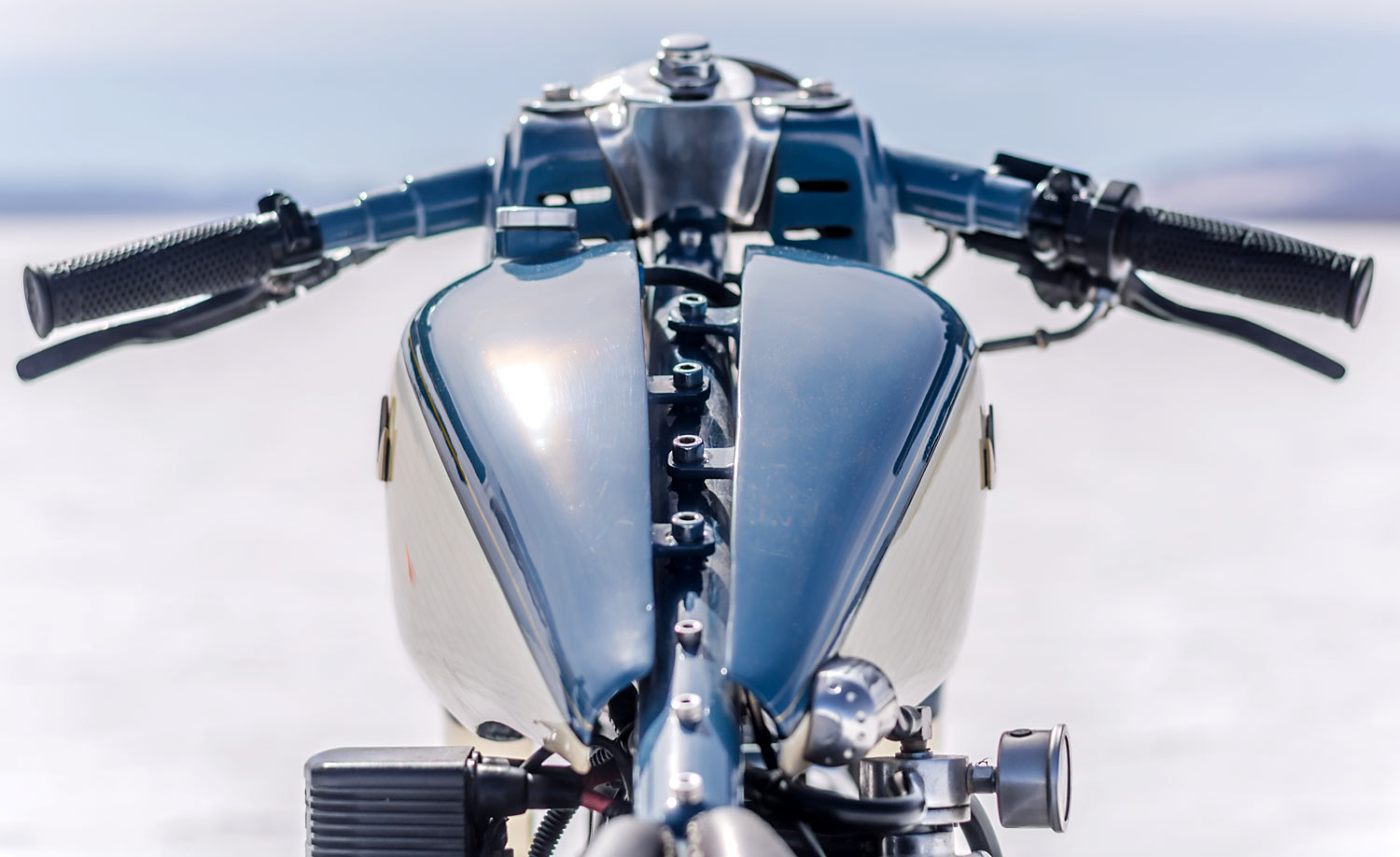 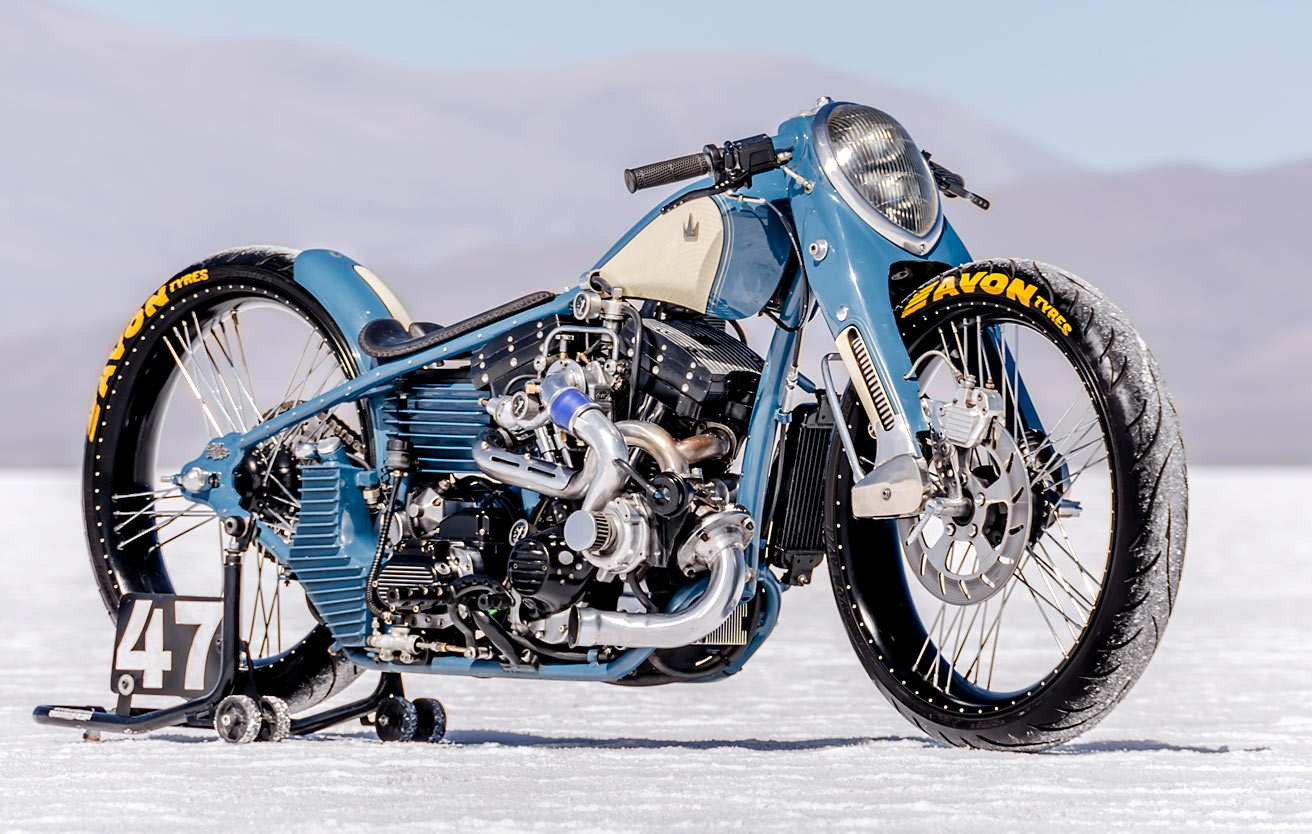 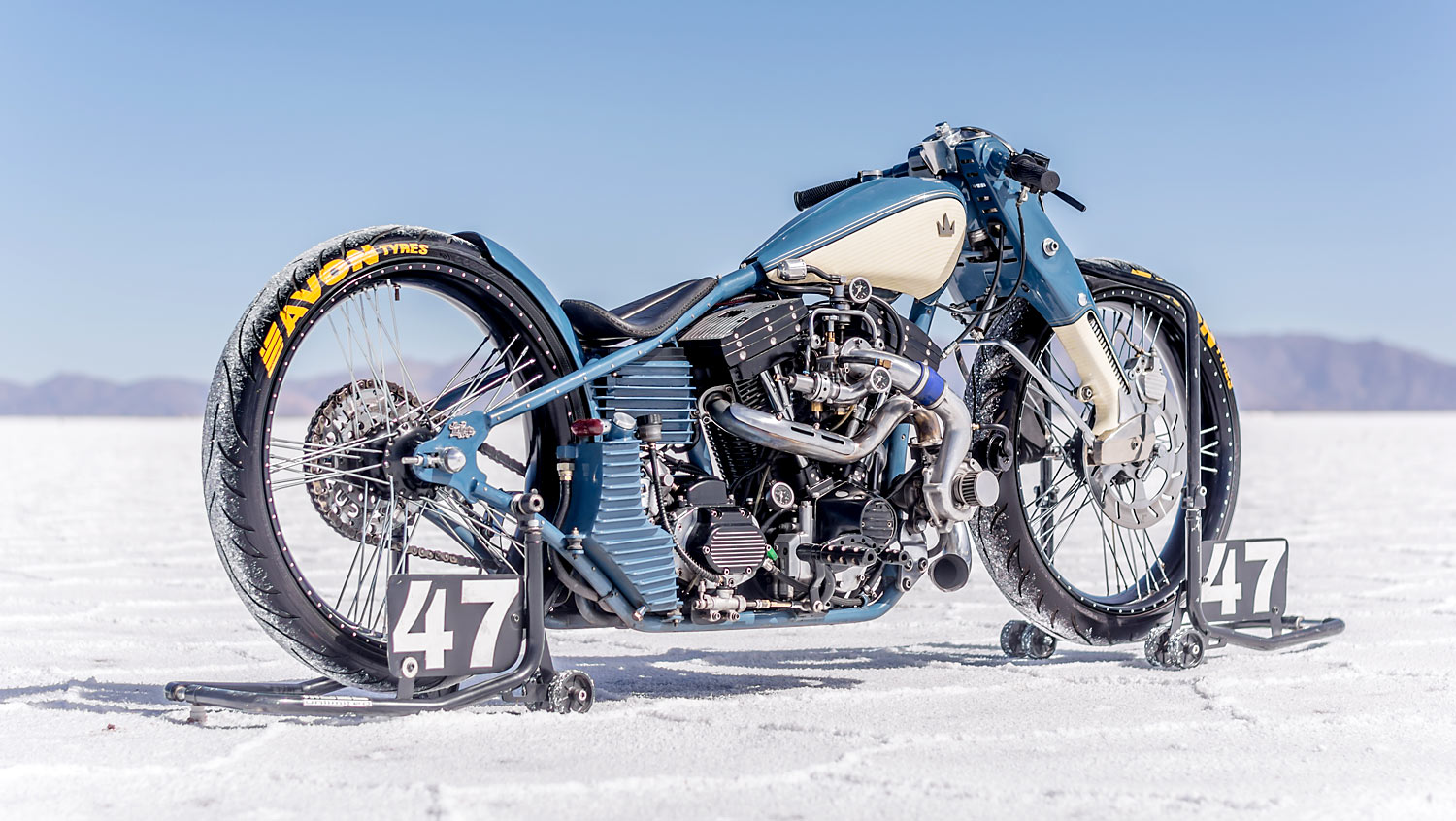 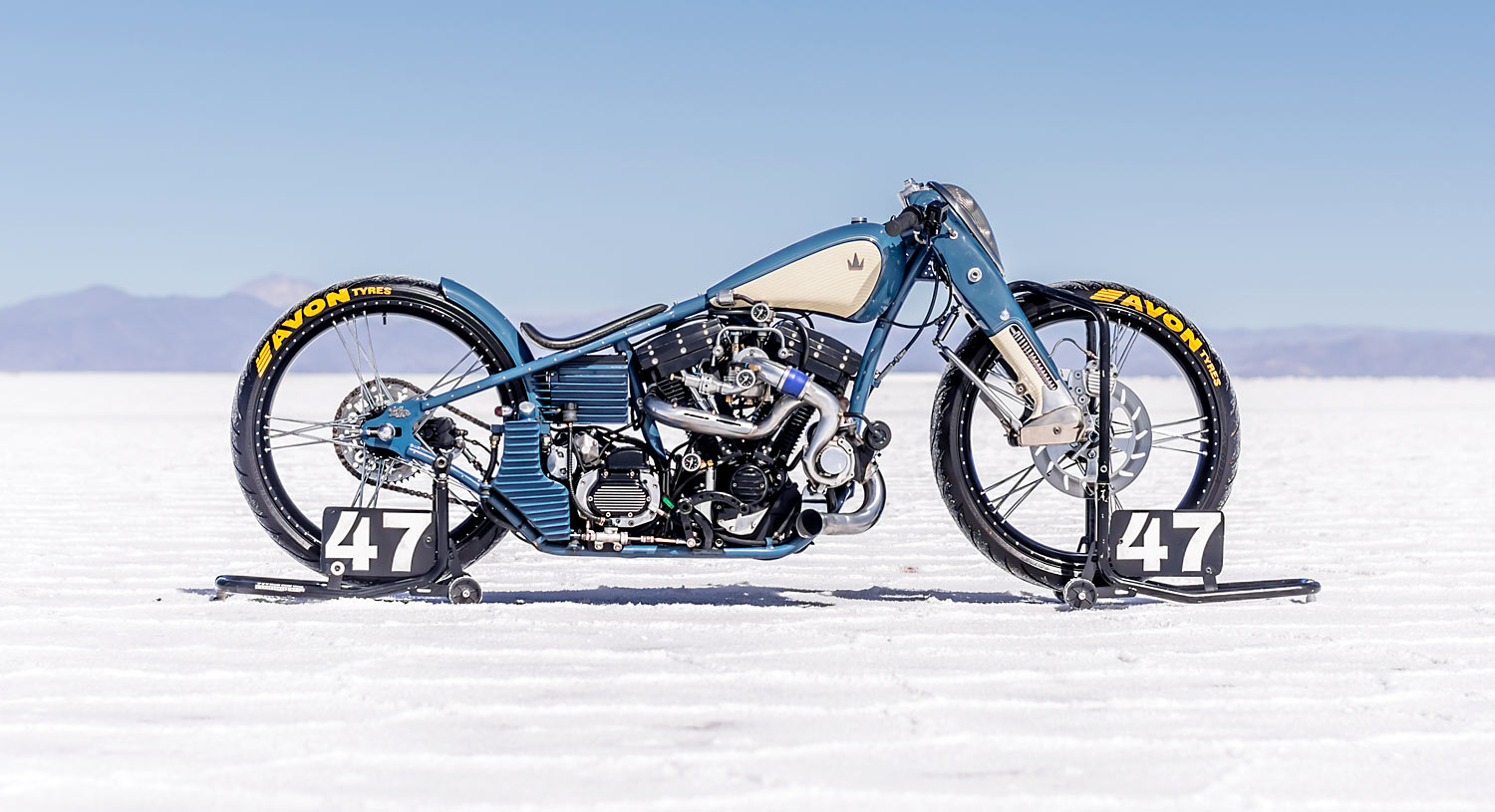