“I want to build a car that’s faster than all of them, and then I want to die.” – Enzo Ferrari

It has been almost 3 decades since Enzo Ferrari moved on from this life to the next. And in that time we have seen some seriously radical Ferrari’s come and go. But in honor of his passing, we would like to recognize one of the most iconic cars to ever come from Maranello. It just happens to be the last car Enzo oversaw, the epic F40.

By now the Ferrari F40 needs no introduction. It’s as iconic as the brand gets, and that’s for good reason. The F40 was Ferrari’s answer to any and all critics. Just before the F40’s release, Ferrari was under heavy scrutiny for going ‘soft.’ With a slew of road going cars coming to market, people insinuated that Ferrari wasn’t in the business of making race cars anymore. With that, the F40 was built with the distinct purpose to leave those people speechless.

So what is it that makes the F40 such a fitting tribute to the ‘il Commendatore’? The simple answer is everything. The F40 wasn’t just designed to silence the brand’s critics, it was a celebration. 40-years in the making. When you combine all of the factors, the anniversary, the critics, and Enzo age, there was no other option than to go out with a substantial bang. Once the project was underway the team likely knew it would be the last car Enzo would take part in, making the process all the more important. Astonishingly the F40 took all of 13-months from design to production, a time frame unheard of in modern design. That would lead you to believe that the legend would be riddled with unresolved issues, yet that wasn’t the case. Overall the F40 is regarded as being one of the most complete packages from a strict performance stand point.

The body was light-years ahead of its time, utilizing a carbon-kevlar weave construction that is still copied to this day. The engine was a spectacular 2.9-liter V8 that evolved from the 288 GTO Evoluzione. With its twin turbos and a 7,700RPM redline, the F40 easily cranked out 500hp in prime form. And because of its lightweight carbon-kevlar components, the F40 only had to haul a meager 2400lbs. And while all the numbers are impressive, it’s only half of what makes the F40 one of the greatest cars to ever grace this world.

For me, the F40 is easily the greatest Ferrari of all time. Part of it is styling, which is about as good as it gets. Another part is that incredible exhaust note, truly remarkable. But what really sets it off for me is how it embodies the spirit of Enzo. He was a brash man, to say the least. He worked almost exclusively for himself, designing cars that he wanted to see over everything else. The F40 wasn’t built because the public demanded it, it was built in spite of that. The F40 is a giant slap in the face of anyone that discredited Enzo and his company. They said that Ferrari had lost its edge, building cars that were too soft. Enzo’s response? Build the most hardcore road going car to date.

The F40 lacks even the most basic creature comforts available in the late 80’s. Once inside the radical new body you quickly realize this isn’t a street car, it’s a race car with plates on it. The Pininfarina designed body was a stark departure from the current Ferrari styling. While it was wildly different it was also incredibly aerodynamic. On top of being aerodynamic, the body features an absolute mess of air vents, with each serving a distinct purpose. Once you enter the F40 you are greeted with all race car. The interior is barren of the slightest amenities. There is no carpet, no door panels and the seats are carbon buckets that don’t adjust. The interior is so absent of modern(for 1987) features that it doesn’t even have a proper door handle. No, instead you get a pull cord like a greyhound bus. All of this was done in the relentless pursuit of speed. And speed was the one thing the F40 had in droves.

200mph! Before the F40 that was a target best left to Formula 1. Now, it’s the gold standard for any supercar, with many surpassing it like it’s a minor hurdle. Yet in 1987 the F40 was the first car to be able to attain such speeds, making it just as fast as it looked. On top of that straight line speed, the F40 handled incredibly well. It lacks all of the modern driving aids we see on cars like the LaFerrari, instead, you are left with a feeling of direct connection to the road. The F40 was so good, and so fast, that its own predecessor couldn’t beat it. The F50 came ten years after the F40, and it even featured a Formula 1 engine bolted directly to the chassis. But it was too little too late, the F40 already figured out the recipe for greatest supercar on earth.

While supercars continue to evolve there is no doubt that the F40 will always be one of the greatest cars to ever come from Maranello. If you had to pick one design to go out on top with, I can think of no better car than the Ferrari F40. I have a feeling Enzo Ferrari would feel the exact same way. Enzo once said, “I want to build a car that’s faster than all of them, and then I want to die.” And he did exactly that. Rest in peace ‘Il Commendatore.’ 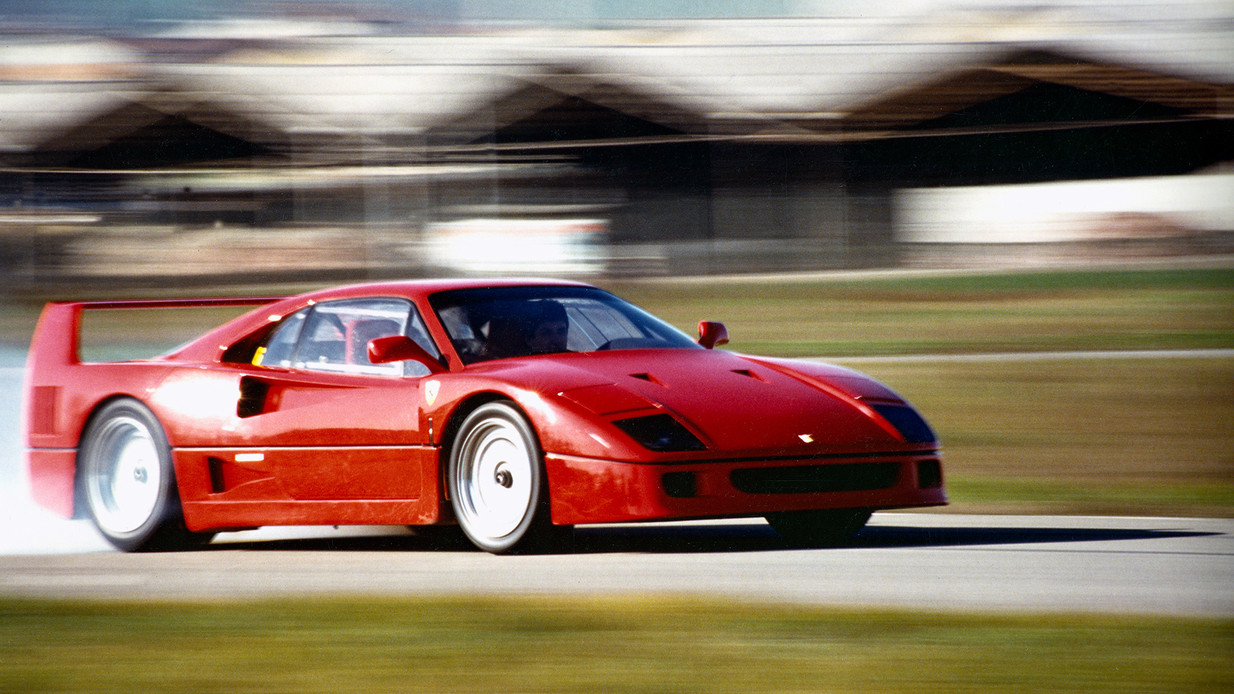 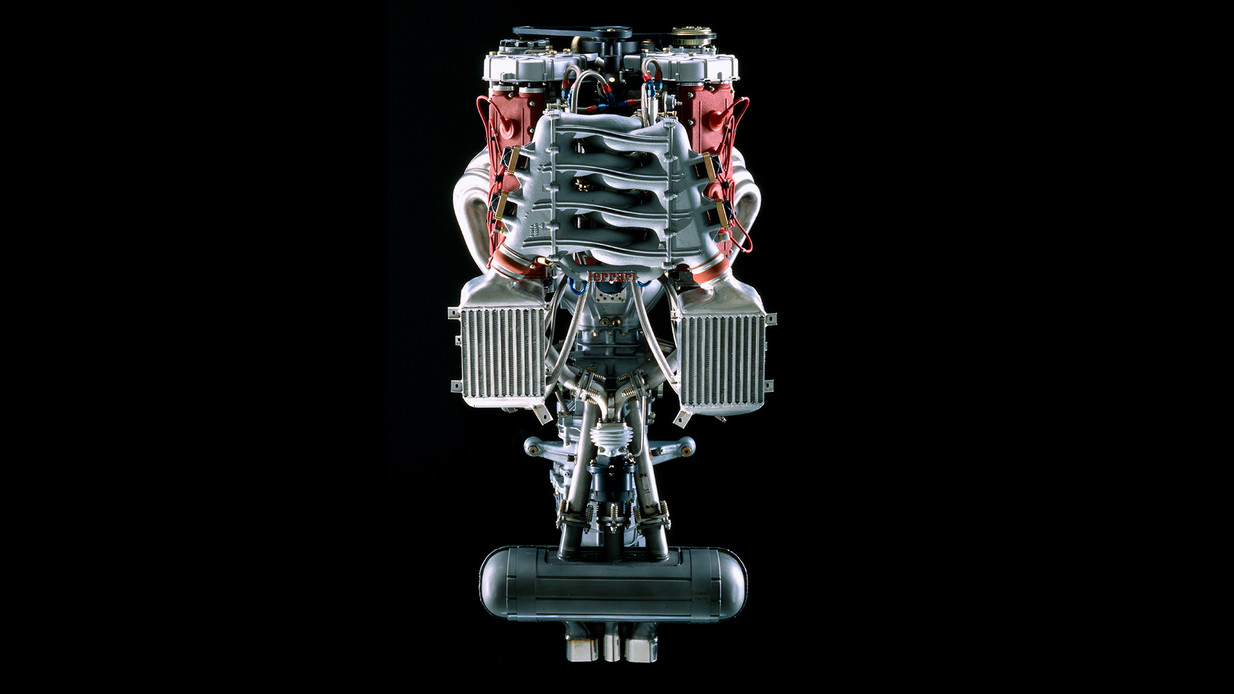 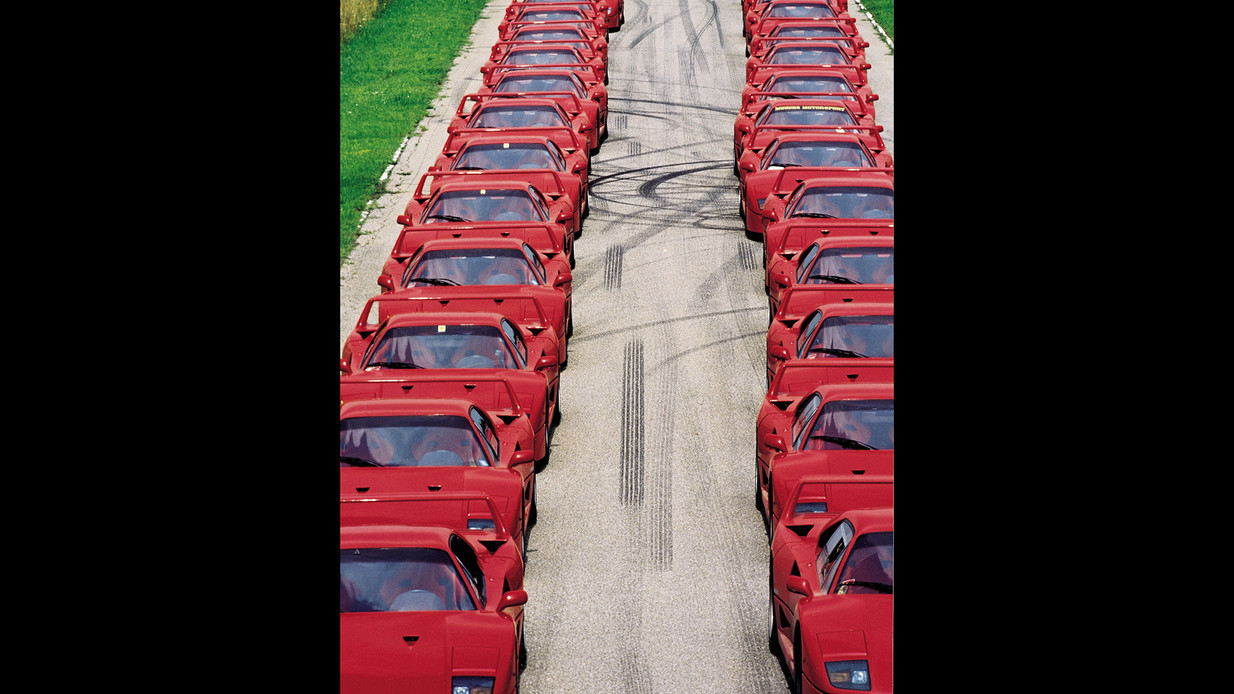 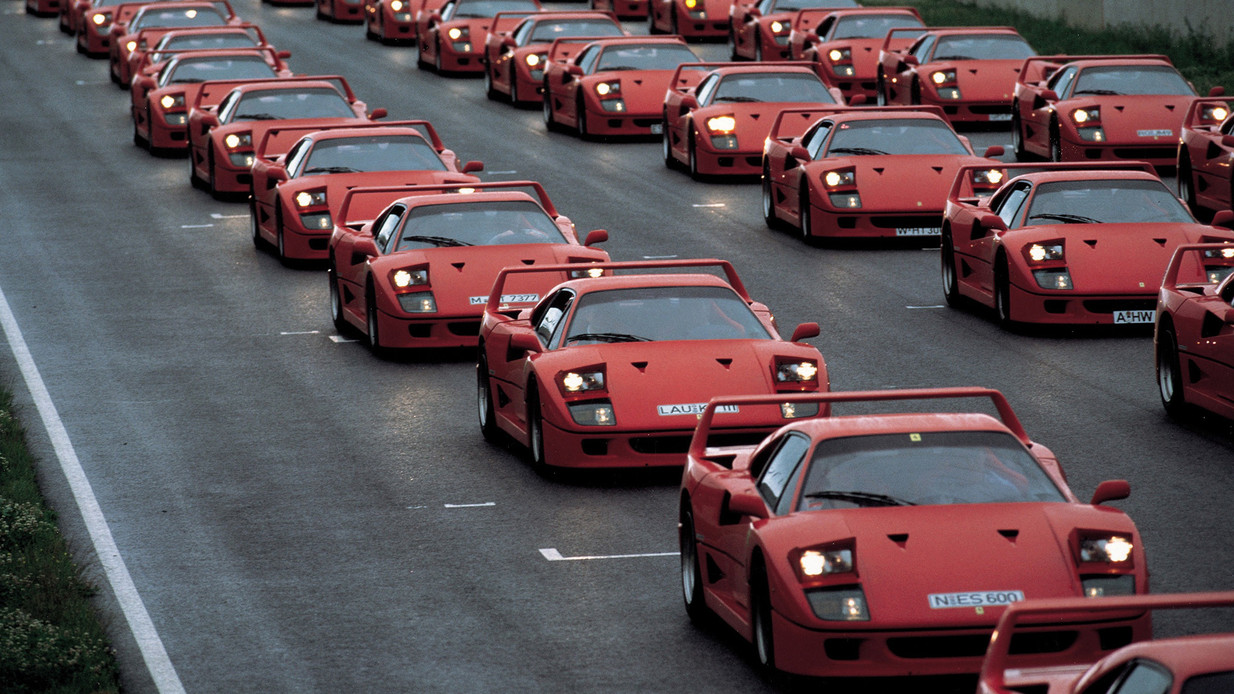 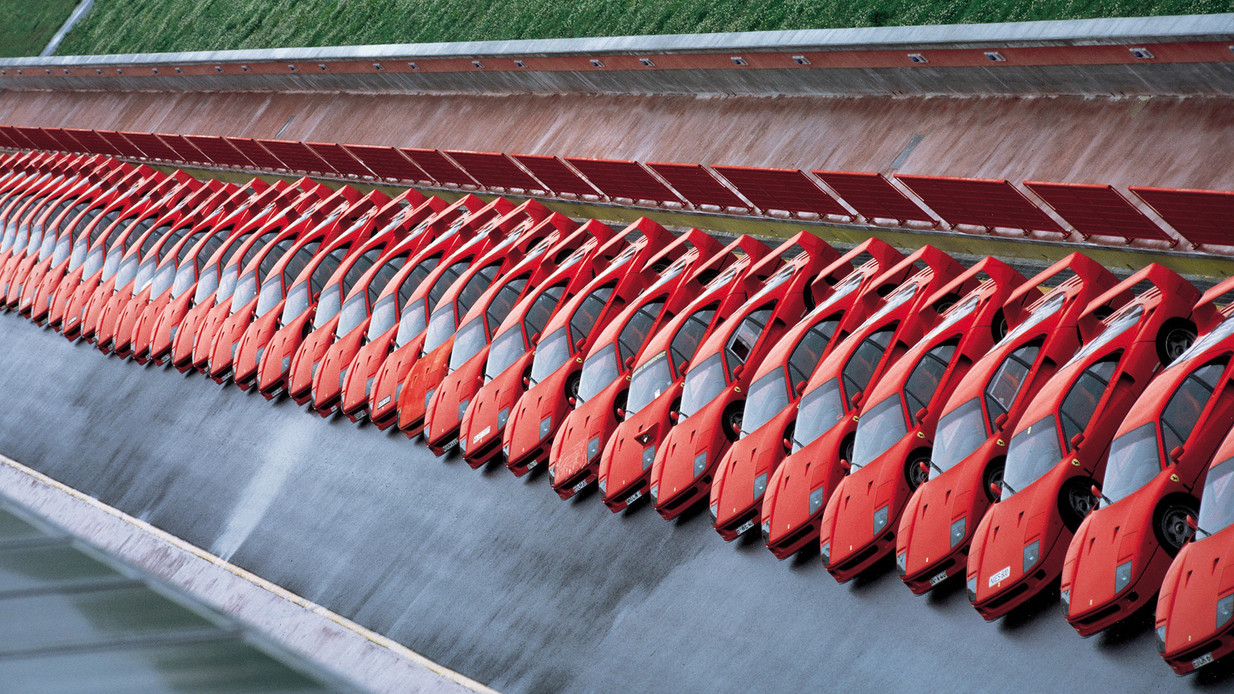 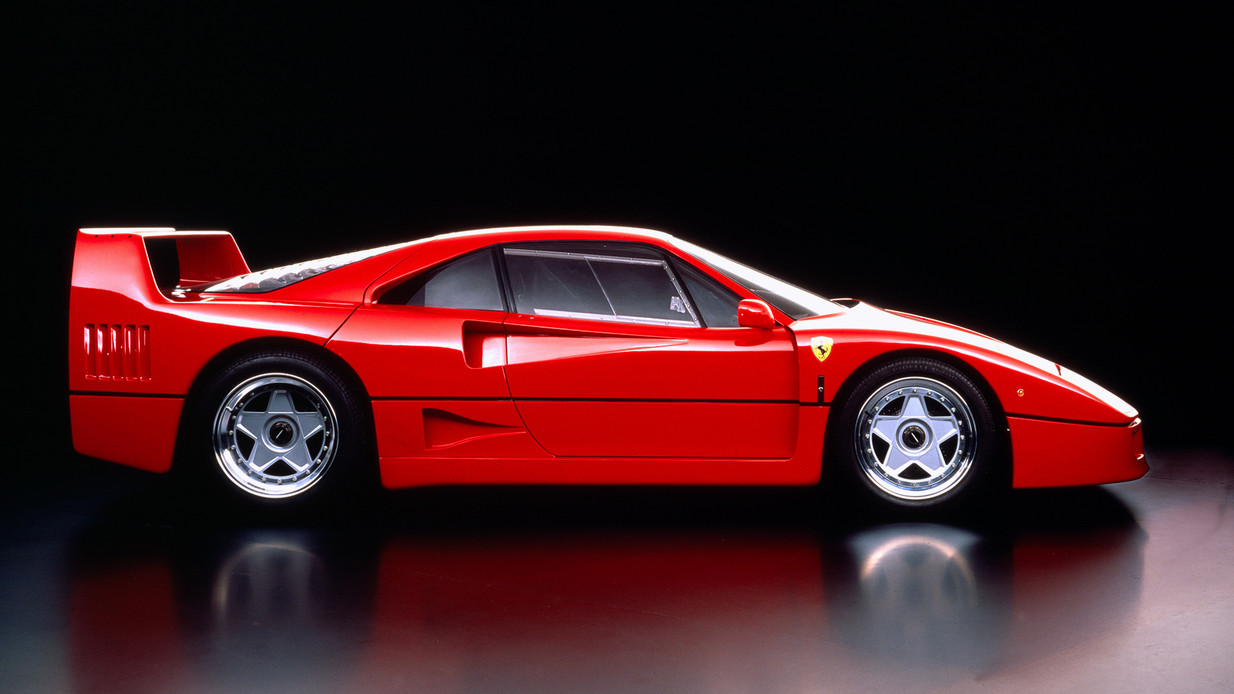