I’ve had an obsession with anything that has a motor in it as far back as I can remember. The feeling you get rushing through your body when you see something cool and unique. One time for me that meant the neighborhood kids got a new four wheeler and I would go up there and just stare at it and beg them to let me ride it. Then I got one of my own and every time I got on it I’d get that warm fuzzy feeling. As I got into my teenage years, I became fixated on cars and trucks. Like many boys my age, I had subscriptions to three different car magazines and every time my mom would drag me to the grocery store to help her to shop, I would end up in the magazine isle looking at cars. This was before the Internet as much as I don’t want to make myself seem old, it’s true. In the back of most of the Motor Trend and Car and Driver Magazines there would be a list of most of the makes and models that were available that year and they would list the key specs like the engine size, performance figures, price, etc. I felt it was my personal mission to basically memorize that list. I would take it to the point that on road trips with the family my dad would point out oncoming cars and try to stump me on things like 0-60 times, horsepower figures, and price. Nowadays I may not be quite as good as I once was, but I can still hold my own. It’s almost muscle memory for me to be on the lookout for special cars. Boy did I have a treat tonight. 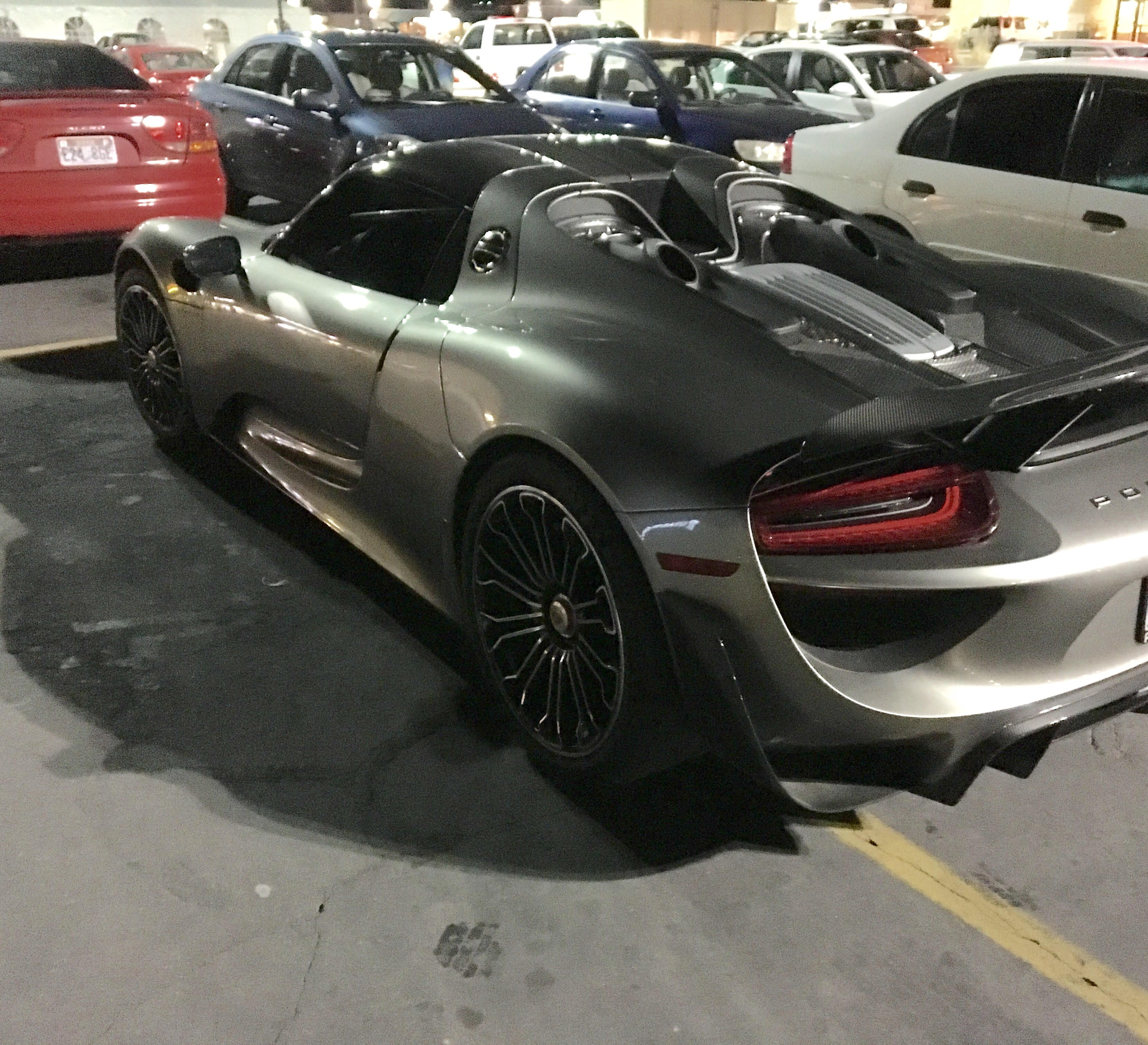 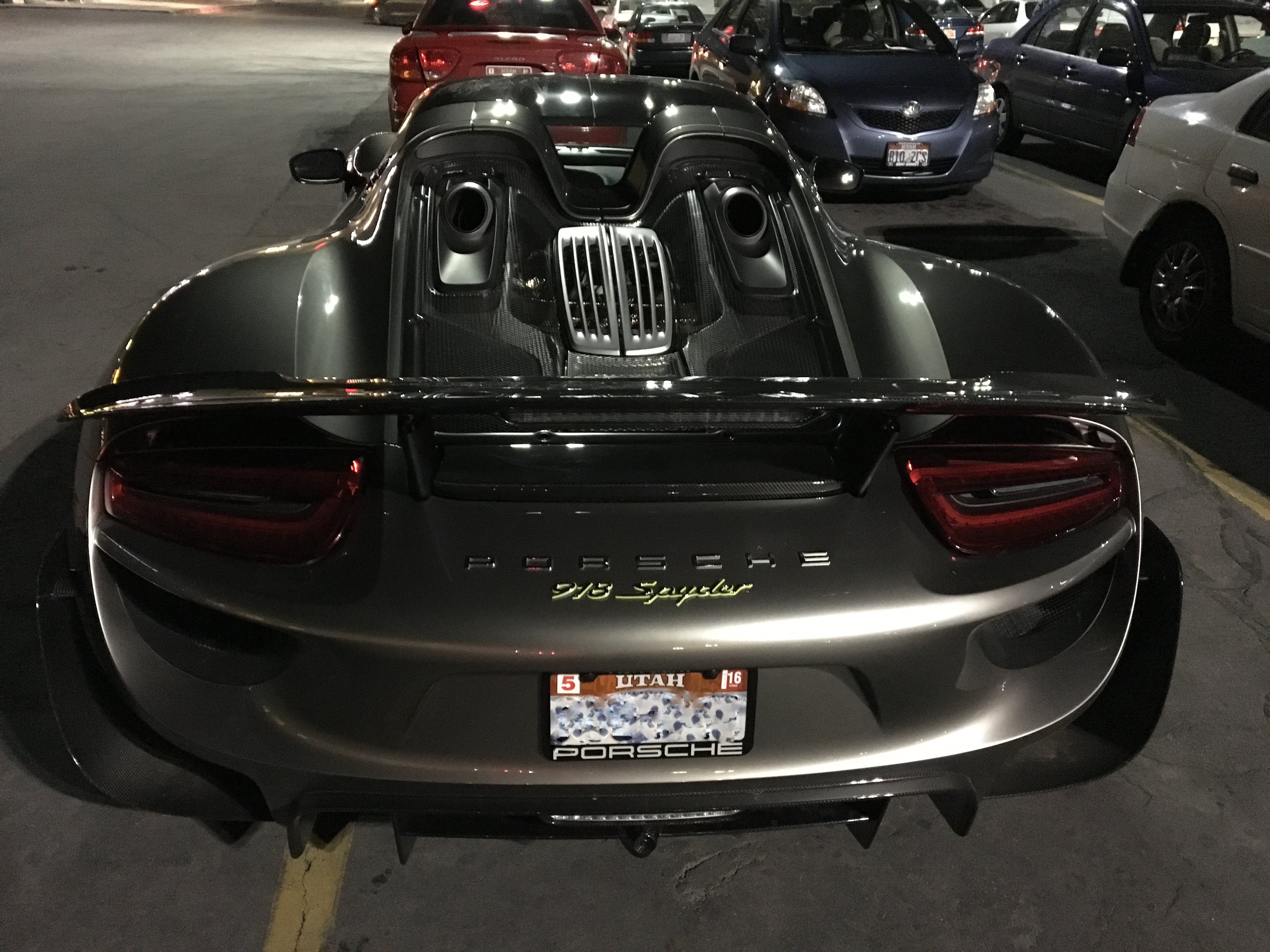 I went with my dad to grab some dinner and we hear some guys talking about how they saw this “crazy Ferrari looking car.” We don’t live in Beverly Hills or anything fancy so this isn’t a normal every day occurrence. I hurried to order my food and walk outside to go check out what kind of car it really was because they obviously had no idea how special this car really was. Even from a distance, I knew this was not your every day supercar sighting. We are talking about supercar royalty here, the Porsche 918 Spyder. This particular 918 looked exactly like the one that was very first released, gun metal grey with the neon green accents and to say this thing is gorgeous might very well be the biggest understatement of the day. I have seen so many videos and pictures of the 918 and have always really liked it, but I’ll be honest, I was always more a fan of the McLaren P1 over the Porsche 918. Don’t get me wrong, I would be beyond incredibly lucky to have either one, as would anybody. I’m just saying that I would probably choose the P1 if I had to choose. But that was yesterday, after seeing that 918 in person I might have just changed my mind. I guess I need to see a P1 first to be fair. Either way, this might be the most beautiful car I have ever seen in person. 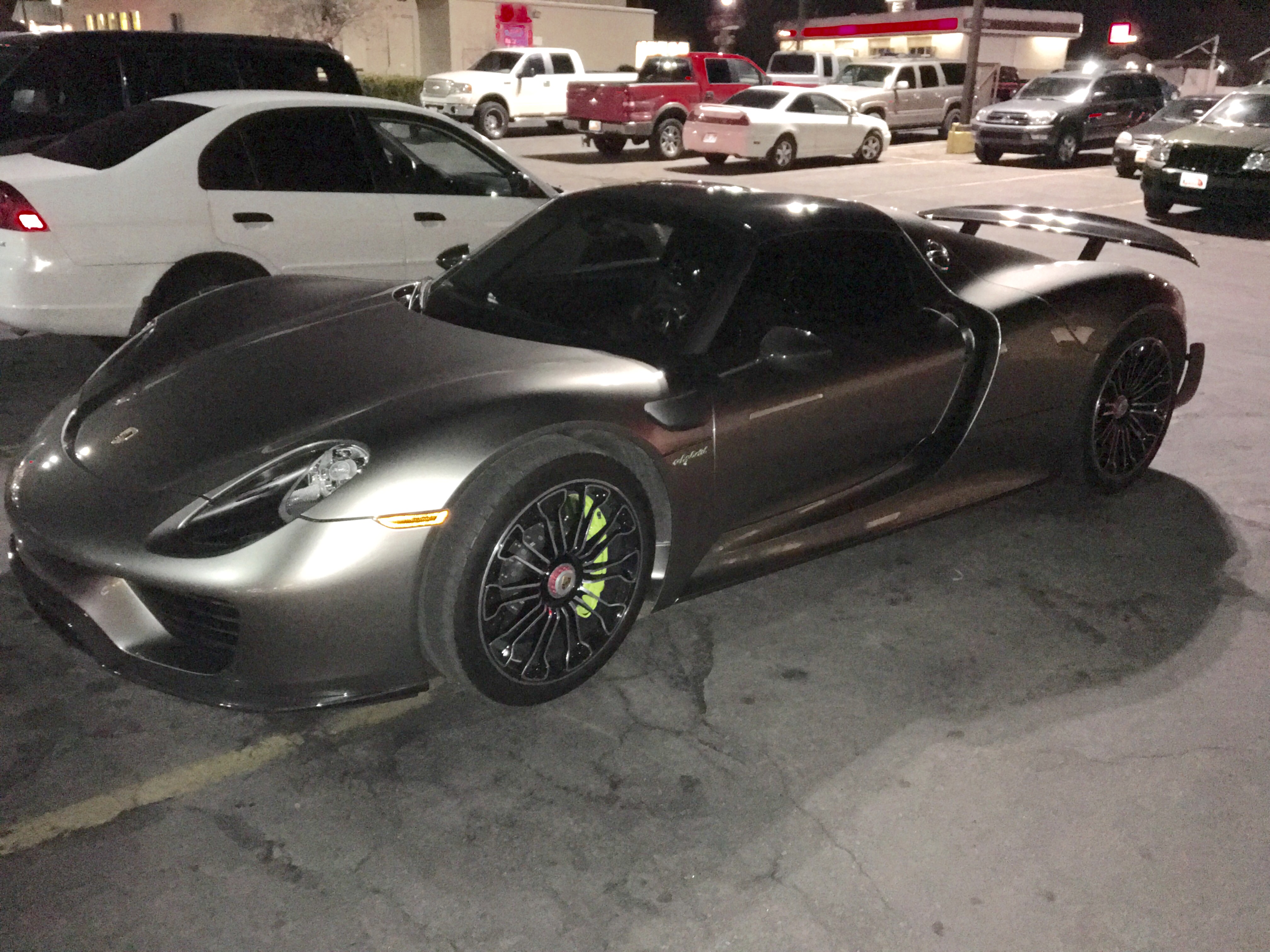 So as I’m just fascinated by this car, kicking myself for not having my camera with me, I use the next best option and that’s my trusty iPhone 6s. As I’m trying to snap some quick pictures, I look over my shoulder to see a guy walking up and immediately I know it’s his car. Turns out the guy is super cool and is a total gearhead himself, which is not always the case for people who spend over $1 million on a car. We ended up talking for about 20 minutes about his car and come to find out the guy also races trick trucks (what a coincidence as I’m heading down to the Mint 400 in a couple days). Talk about living the dream. There is nothing cooler then running into someone and finding out they are a total motor junkie and as cool as they come. Even though he had just ran out to pick up some takeout for his family and was just about to leave when I started talking to him, he sat there talking to me long enough that I’m sure that his food was cold by the time we were done. So for that I apologize! During that time there had to be at least 5 or 6 people either come up and talk to him about the car, or stop their car as they were driving by to ask about it. And every single time this guy was super cool and answered any questions people had about it. So we give you a major High Five Mr 918 man. You made my night! 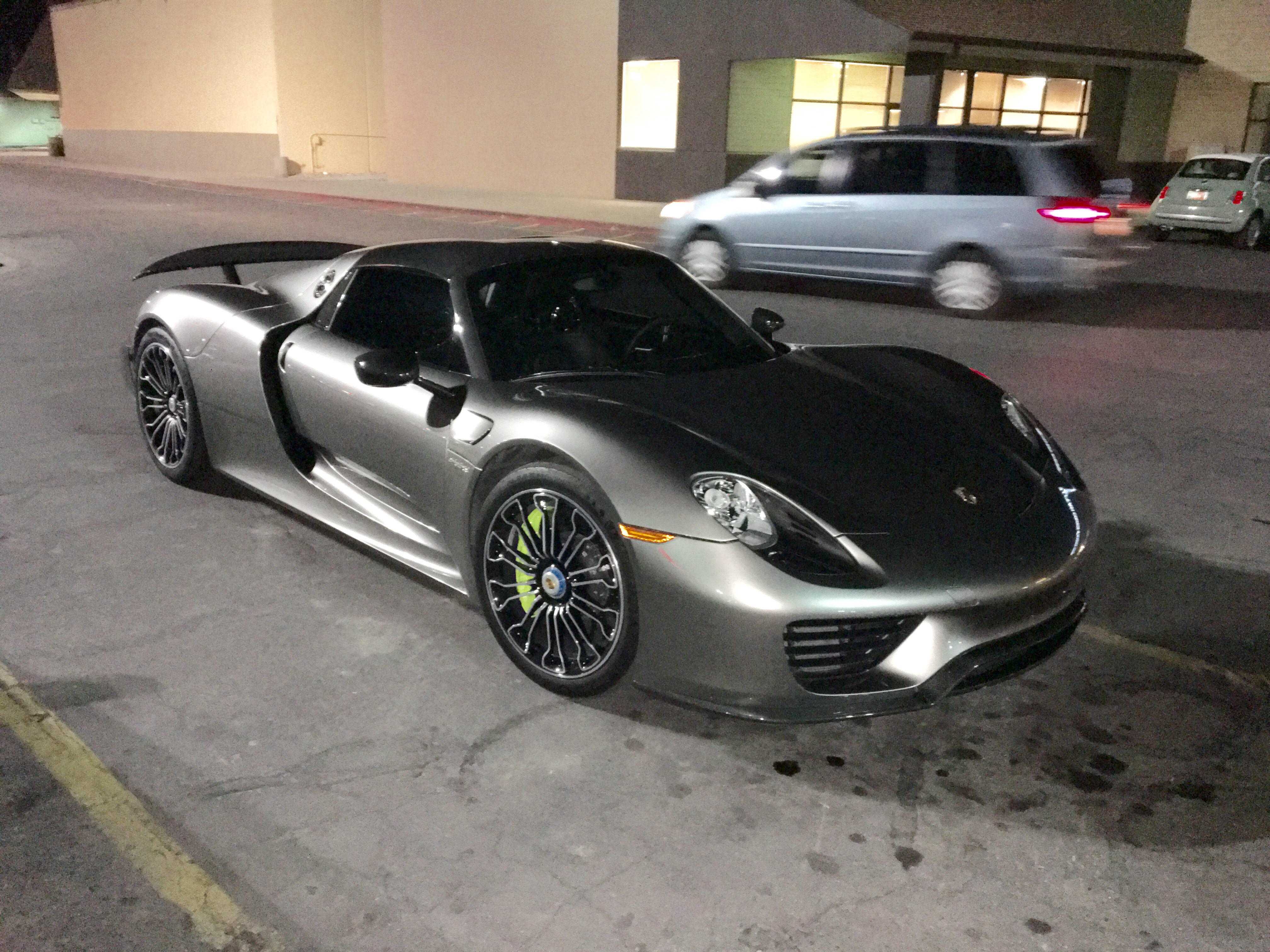 I apologize for the Pictures, they really don’t do this car any justice. But then again neither do even the highest quality photos. Nothing will compare to seeing a car of this caliber in person.