This guy is absolutely living the dream. What started with hours of playing Ivan “Ironman” Stewart’s Super Off Road on his Sega Genesis Bj Balwin has now morphed into having that incredible feeling of 800hp at your right foot, 26 inch of suspension travel up front and 33 inches in the back and a chassis thats built like a tank built to withstand 120mph thrashings though the burliest terrain in the off road racing world. He has won the Baja 1000 numerous times, SCORE championships numerous times as well as many other of the top Off Road Championship races. Oh did I forget to mention that he has the multi championship Monster Energy racing team backing him up making sure he has the baddest and best Trophy Truck in the business. 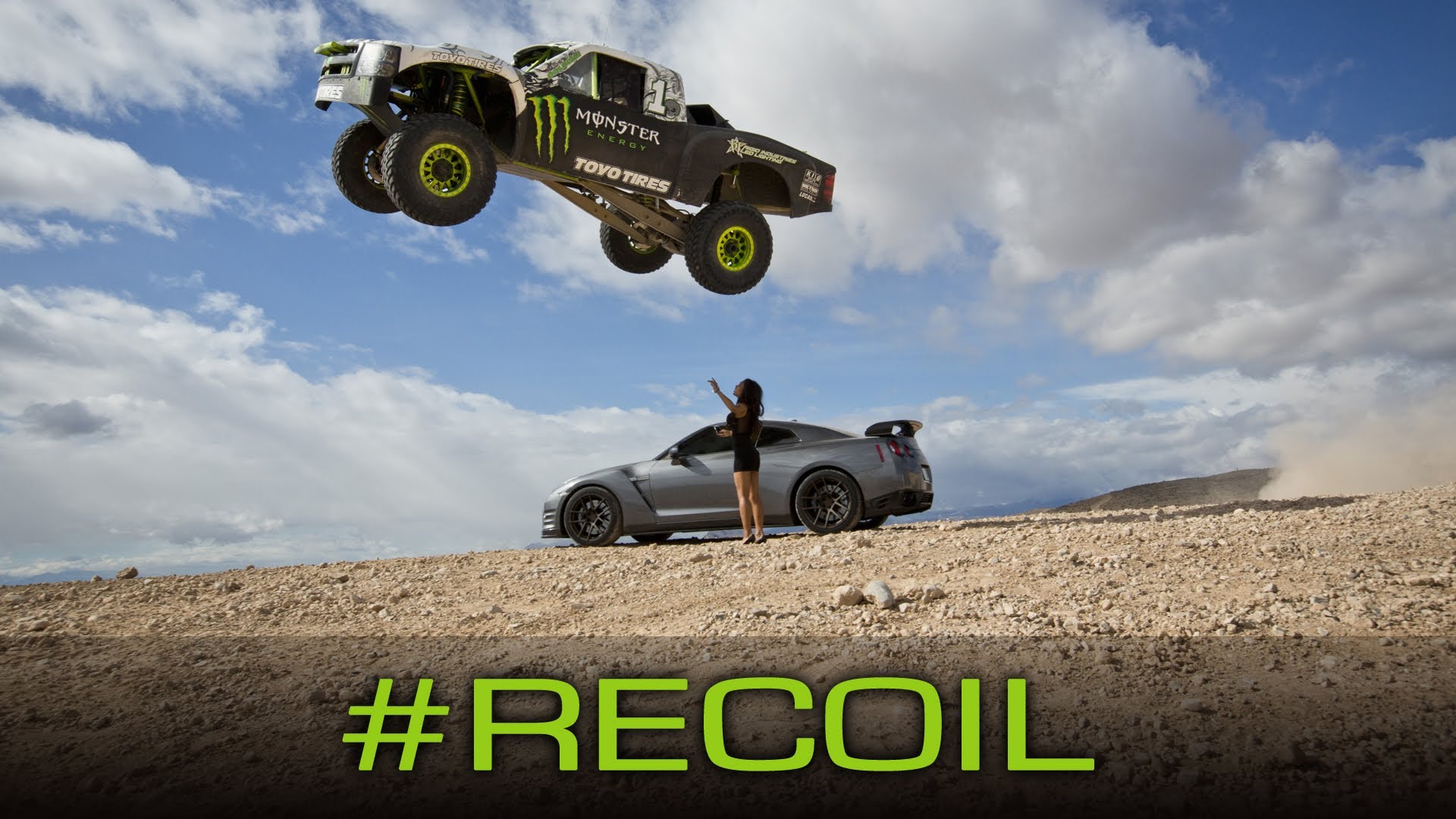 Well back in 2013 Monster released a video called RECOIL and have since released RECOIL 2 and 3. The first one started with a sexy woman driving a GTR but it breaks down or whatever and Baldwin shows up in his white knight to ride off into the sunset. But of course thats riding off into the sunset trophy truck style hauling ass at over 100mph off road. 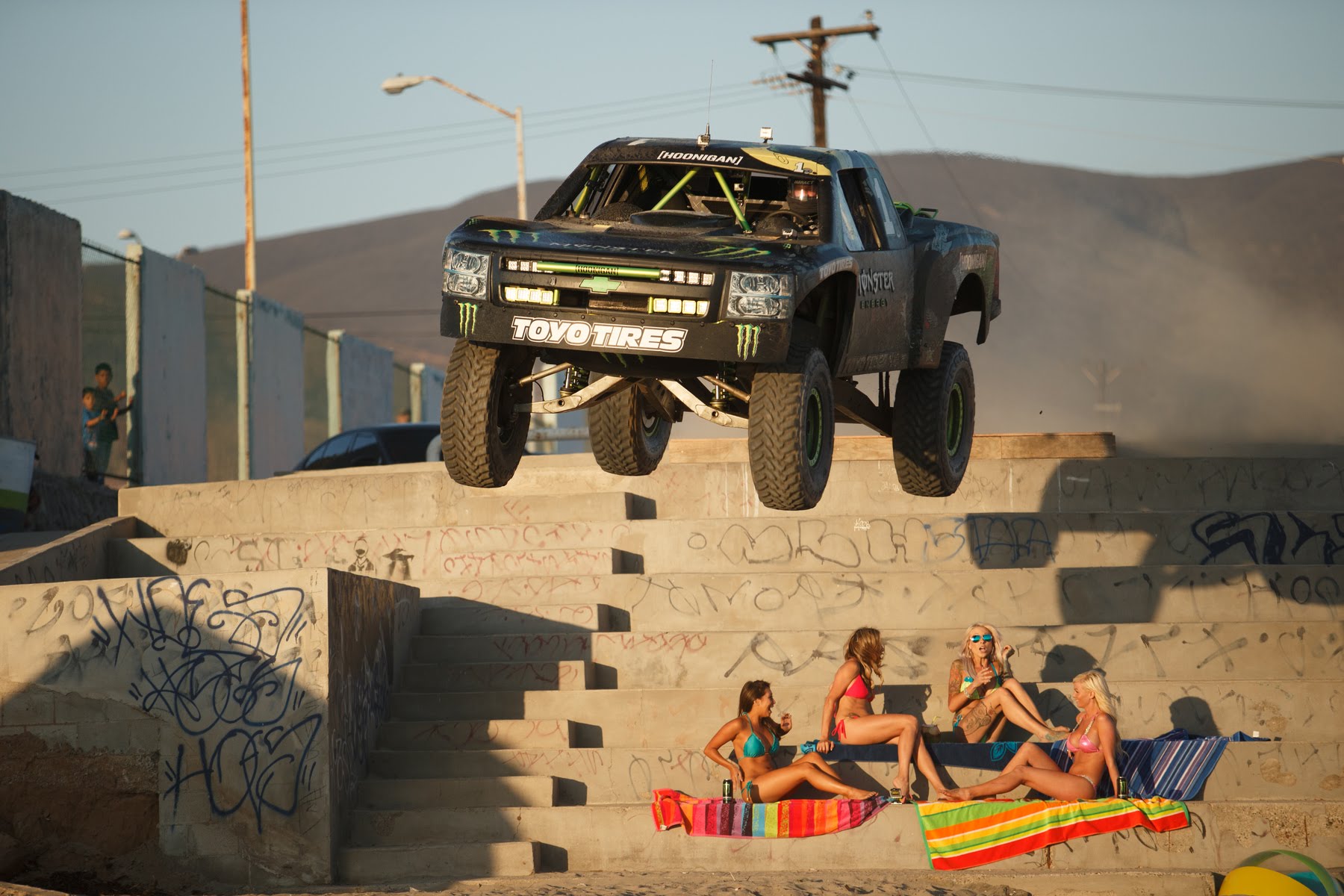 They Released Recoil 2 in 2014 and they stepped it up big time taking it down to Ensenada Mexico and basing it off and bet made with known friend of BJ’s, instagram star and international playboy Dan Bilzerian. It starts with Dan flying BJ in a helicopter full of beautiful females to his Truck thats waiting for him and he has 20 min to get to the beach. They really focus on how amazing those 800Hp trucks really are. This one might be my favorite because he is smashing down through the town of Ensenada and it just gives me the uncontrollable feeling of damn I wanna do that so bad.

Recoil 3 The Sasquatch Hunter was released up in late 2015 and was shot up in the Pacific Northwest and has a lot of incredible driving. This time Baldwin teams up with Toyo Tires and none other than Sasqwatch himself who steals a heavily modified Can-Am Maverick and baldwin has to chase him in his truck through city streets, back forests and even over a huge jump inside what looks like a big indoor collesium. This one will definitely put a smile on your face and if it doesnt please check your pulse because something might be

See what I mean about this guy having if not the best job in the world definitely top 3. Maybe Ken Block or Jeremy Clarkson might have to be in that mix too. Either way Bj Baldwin sir, you have figured it out. 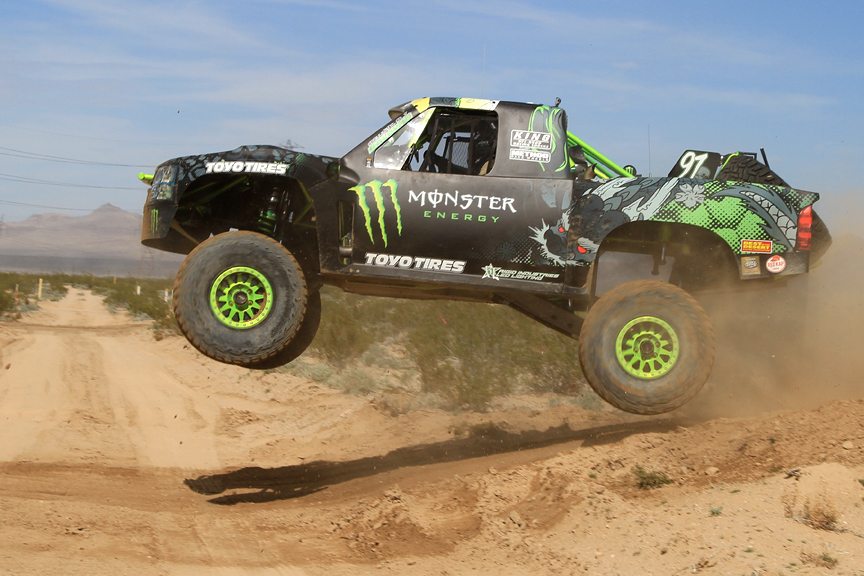 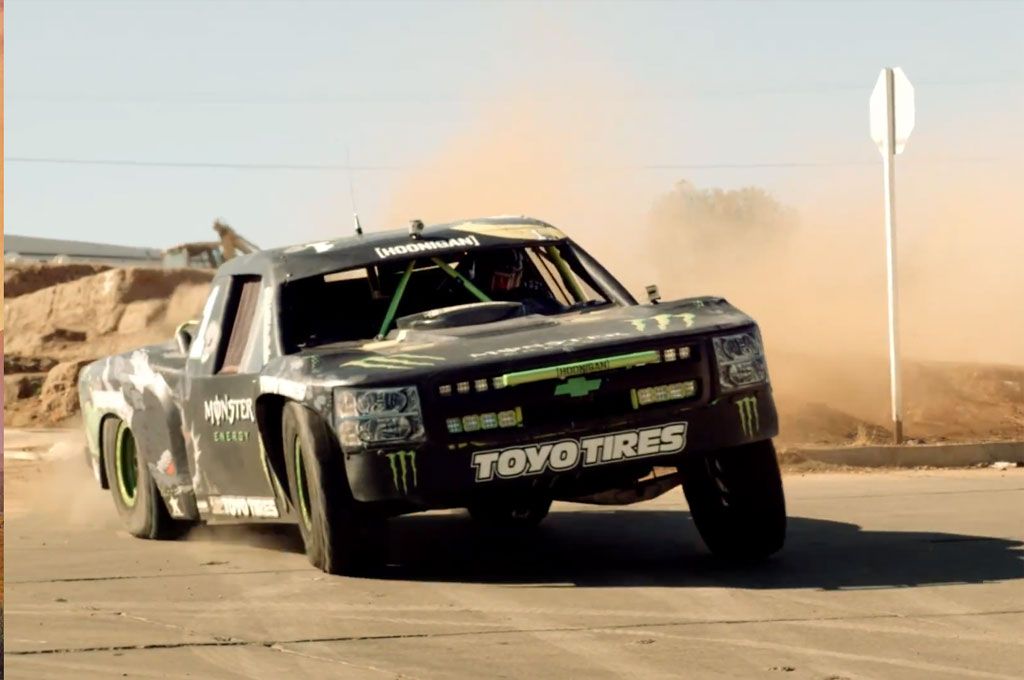 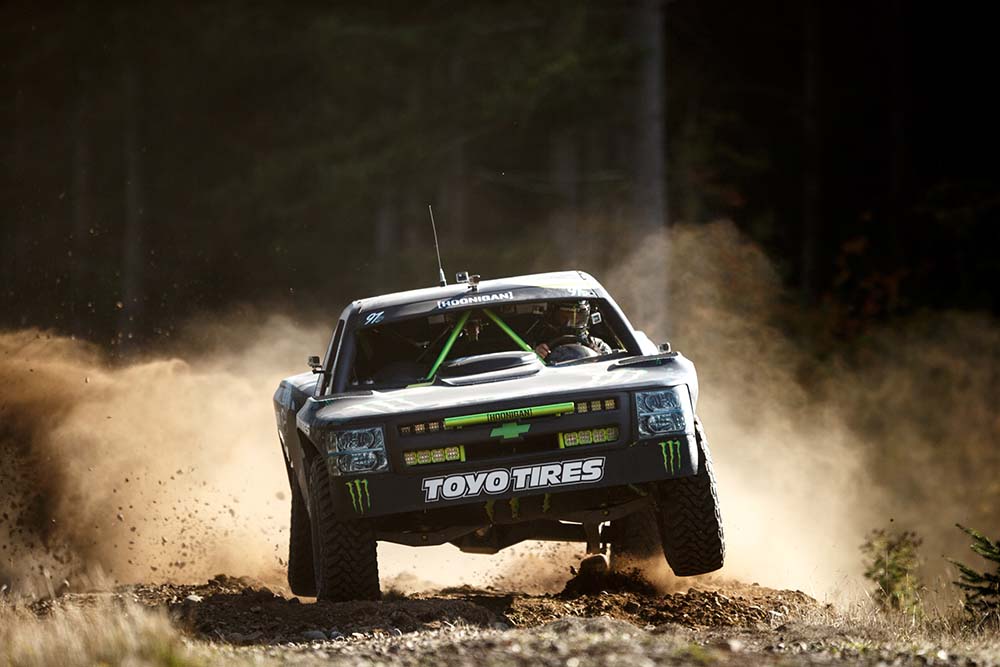