From time to time you’re when browsing the internet you may stumble upon a common internet pitfall, the dreaded rabbit hole. Some rabbit holes are shallow, masquerading as deep pockets of knowledge, with nothing really to show for it. That my friends, is called click bait. Yet from time to time you can stumble across a rabbit hole so deep you lose sense of time. So deep you end up with a wealth of knowledge so great your friends will be sick of hearing about it months from now. Tonight was my turn to take that trip down the rabbit hole, and here is what I learned.

Bill Harrah and a Ferrari. That was the catalyst that started my journey. See I had just read about a spectacular Ferrari Daytona that actually raced a helicopter. And while that is exciting in itself, and believe me when I say we will get to it, it was the man behind the Ferrari that struck a chord. See Bill Harrah isn’t just some average Joe that managed a gas station until he could afford his prized Ferrari. Hardly. Bill Harrah is a man that not only made himself a smashing success in the casino industry, he also happens to be one of the biggest car collectors in history. Hollywood, this is your next summer hit.

William Fisk Harrah was born in South Pasadena, California in late 1911. Son of John Harrah, a lawyer who also happened to run a slew of small businesses down at the Venice boardwalk, including a ‘ring’ game that closely mimics Bingo. This would become the tool that Bill eventually used to cut his teeth, giving him a skill and drive that he had yet to find while attending UCLA. At the time gambling was unlawful, resulting in the local sheriff shutting down the operation from time to time. Because of this Bill’s father never sought to invest any money in upgrading the dated facility. Bill proposed to purchase the venue from his father for $500, an offer his father willingly accepted.

Let’s pause there for a second. While $500 doesn’t sound like much at all, it’s important to note that this went down somewhere in the range of 1930-1937. That’s around $7,000 dollars now if you account for inflation. Not much for a business, but still not a cheap purchase. After acquiring the Circle Game from his father the young Harrah immediately fired the shills they had in place to entice others to bet more while playing the Circle Game. His next order of business was to make the facility nicer, upgrading the interior with new stools, drapes, carpet and upped the prize money. Legend has it that under Bill’s ownership the game went from making a meager $5,200-a-year to a $50,000-a-year business in less than 4 years.

With Bill’s first taste of success firmly established, it was time to look into a more legitimate business plan. This didn’t mean getting out of the gambling business. Instead, it meant finding where it was legal. Bill set its sights firmly on that of Reno Nevada, opening his first Club Bingo just a block away from the busiest two clubs in the entire city, the Bank and the Palace. Unfortunately, timing was not on his side, it was the end of October and it snowed non-stop, keeping any new customers from exploring his new club. This forced a swift closure of Club Bingo, sending Bill back to the drawing board.

A full 8-months later Bill found a location even closer to the action, opening Harrah’s Plaza Tango. This came to fruition with help from a friend and business partner by the name of Virgil Smith. Plaza Tango took off, capitalizing on a recent influx of servicemen from a nearby Army base, no doubt a result of WWII. This allowed Plaza Tango to expand, resulting in some much-needed traction for Bill. Bill’s biggest break came when he was vouched for by a longtime confidant of his father’s law firm, a gentleman by the name Cal Custer. Mr. Custer was in fact a well-respected bootlegger that had strong ties to the Reno gaming fraternity. With his recommendation, Bill Harrah was accepted into the Fraternity, paving the way to his massive future success.

Bill Harrah was now set to become a true tycoon in the casino business. He expanded his reach in Reno, but it was the small lake town just southwest that captured Bill’s attention. None other than Lake Tahoe. Harrah quickly purchased a casino called Georges Gateway, turning it into Harrah’s Lake Club. He applied the same approach that he used on that very first business that he bought from his father man moons ago, turning the Lake Club into a smashing success. From there Harrah’s reach expanded immensely, so much that he even worked with the California highway department to keep the roads upgraded and plowed allowing even better access to his casinos. By 1969 Harrah sold his lakeside casino for a whopping 5-million dollars(34 -million today) and used the money to enter the hotel game in Reno. His next hotel would come to Tahoe just 4 years later.

While Harrah was making his money and building his legacy he never became boisterous, resulting in a man that is somewhat of a mystery. One thing we do know is that Bill Harrah loved two things more than his casinos; women and cars. Over the course of his career, Bill would be married 7 times in all, even marrying the famous country singer Bobby Gentry for a short period. If that sounds excessive just wait until you hear about his car collection. It has been said that Mr. Harrah wanted to own one of each car ever produced. A bold claim, but then again he came closer than any man before him. At its peak, Bill’s collection reached over 1400 personal vehicles. For comparison’s sake, Jay Leno, who is known for his own collection, owns just under 300 vehicles total.

While Bill Harrah’s collection is a rabbit hole in itself, with some of the rarest cars in history making the list. It’s one Ferrari that we want to talk about today, because it’s as unique as the man that owned it. This Ferrari Daytona wasn’t a trailer queen show car that never got driven. It was in fact built for a purpose.

Harrah frequented all of his establishments in Reno and Tahoe, making the 40-mile drive a regular commute. Being a fan of hot rods, Bill had his Daytona factory upgraded and then on delivery he enlisted a highly respected tuner to further upgrade the Daytona to his liking. The results speak for themselves, a Daytona that is like no other. With wide flared fenders and racing inspired wheels, the Daytona has a new found aggressive stance. The 4.4-liter V12 was upgraded to near 400hp, which was no slouch back in the early 70’s. It became widely known as the Harrah hot rod, a true trademark of the soft-spoken businessman.

What makes this particular car more famous than his other 1400 cars comes down to that of legend. It’s widely known yet un-confirmable. The tale starts with a helicopter salesman that underestimated Harrah’s love for his fast cars. The salesman pitched Harrah the idea of purchasing a Sikorsky helicopter to speed up his commute from Reno to Tahoe and back. It’s said that Harrah scoffed at the idea, and then proposed a challenge. If the Sikorsky could beat his Daytona from Reno to Tahoe one way, he would buy it. The deal was made and the race was on. To the surprise of many, Harrah’s Hot Rod handily won. While 10 out of 10 times the helicopter would win if an ordinary person were driving, Bill was no ordinary person. While reserved in business he was fueled by fast women and even faster cars. It’s said he averaged 146mph in his Daytona, an absurd average for the 40-mile stretch. That would put him in Tahoe in just under 17-minutes.

It’s safe to say he didn’t buy the helicopter. He kept that Daytona until 1975 when he decided to sell it in favor of something else. Unfortunately, Bill Harrah had a weak heart, which caused an early death in 1978 at only 66 years old. His legacy was quickly undone, with his assets being sold to Holiday Inn. Holiday Inn finally put up the bulk of his collection for auction, bringing in over 100-million dollars.

As for that fateful Daytona that he sold just 3 years prior to his death? Well, it has changed hands many times over the last 50 years, eventually landing in the current owner’s hands in 2012. Since then it has been restored to like new condition, keeping to Harrahs original hot rod theme. The good news for you is that it is currently back on the block, ready for anyone with classy taste and an easy million dollars to call it theirs. Anyone have a helicopter they want to race?

For those that don’t have a chance at this one in a million Daytona, there is still a way you can enjoy Harrah’s legacy. And no I’m not talking about gambling your life away in the ‘biggest little city on earth.’ Although you do have to go to Reno to enjoy it. The National Automobile Museum in Reno Nevada now houses over 200 cars that once belonged in Harrah’s collection. These are some of the rarest cars on the planet including the 1939 Chrysler owned by Johnny Carson, a 61′ L6.4 Dual Ghia that belonged to Sinatra, and the famous 1933 Dymaxion designed by Buckminster Fuller. A truly great collection of vehicles all possible by a man that had a true passion for both cars and speed. 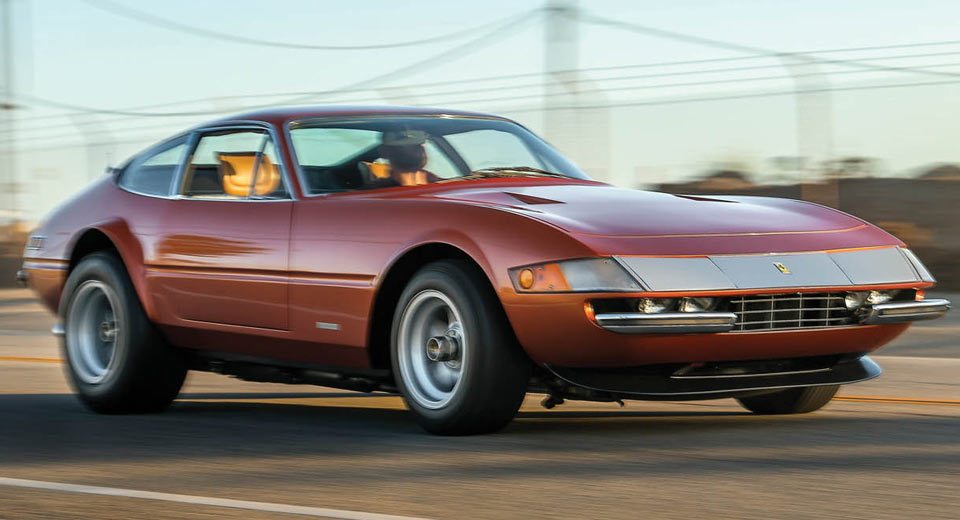 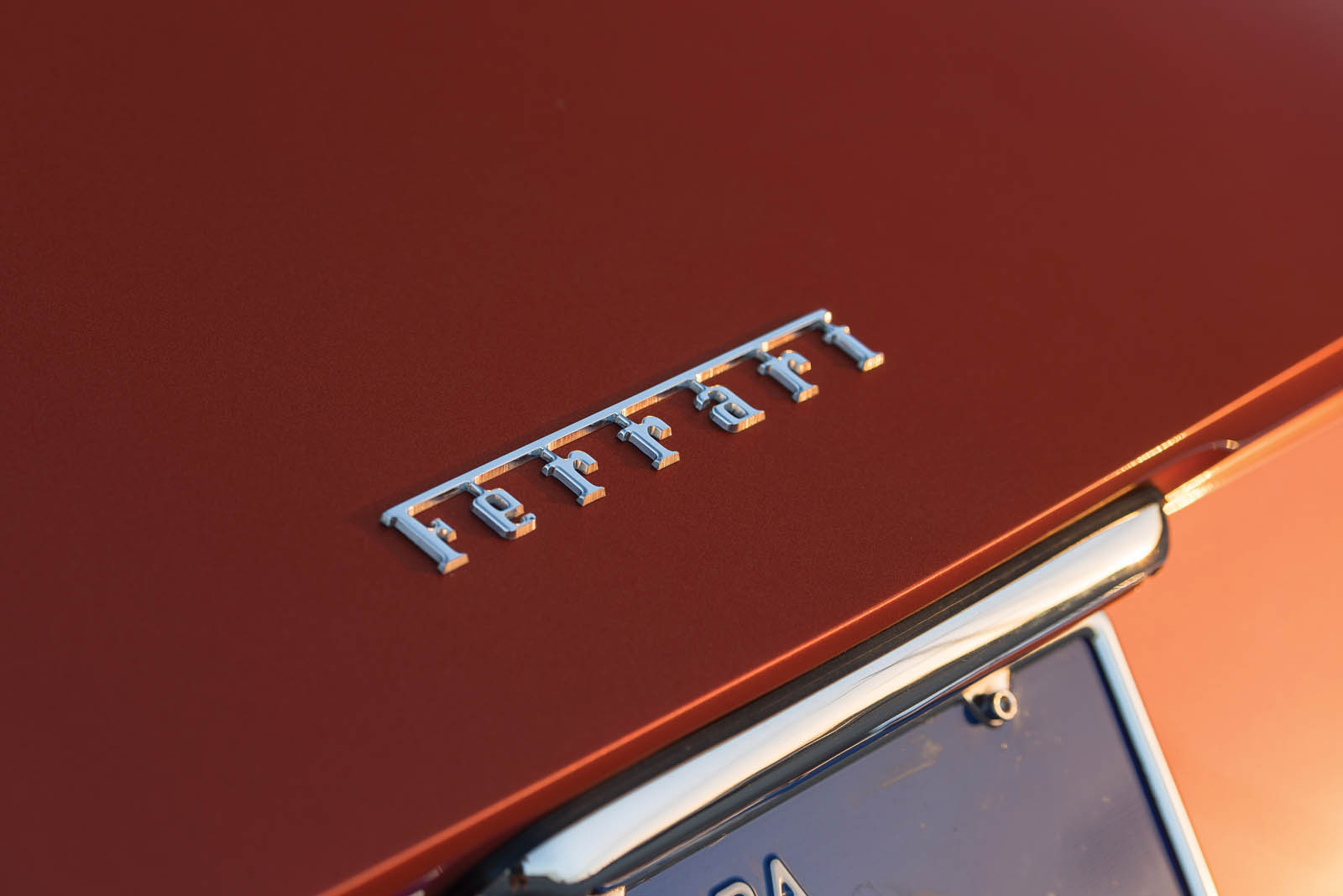 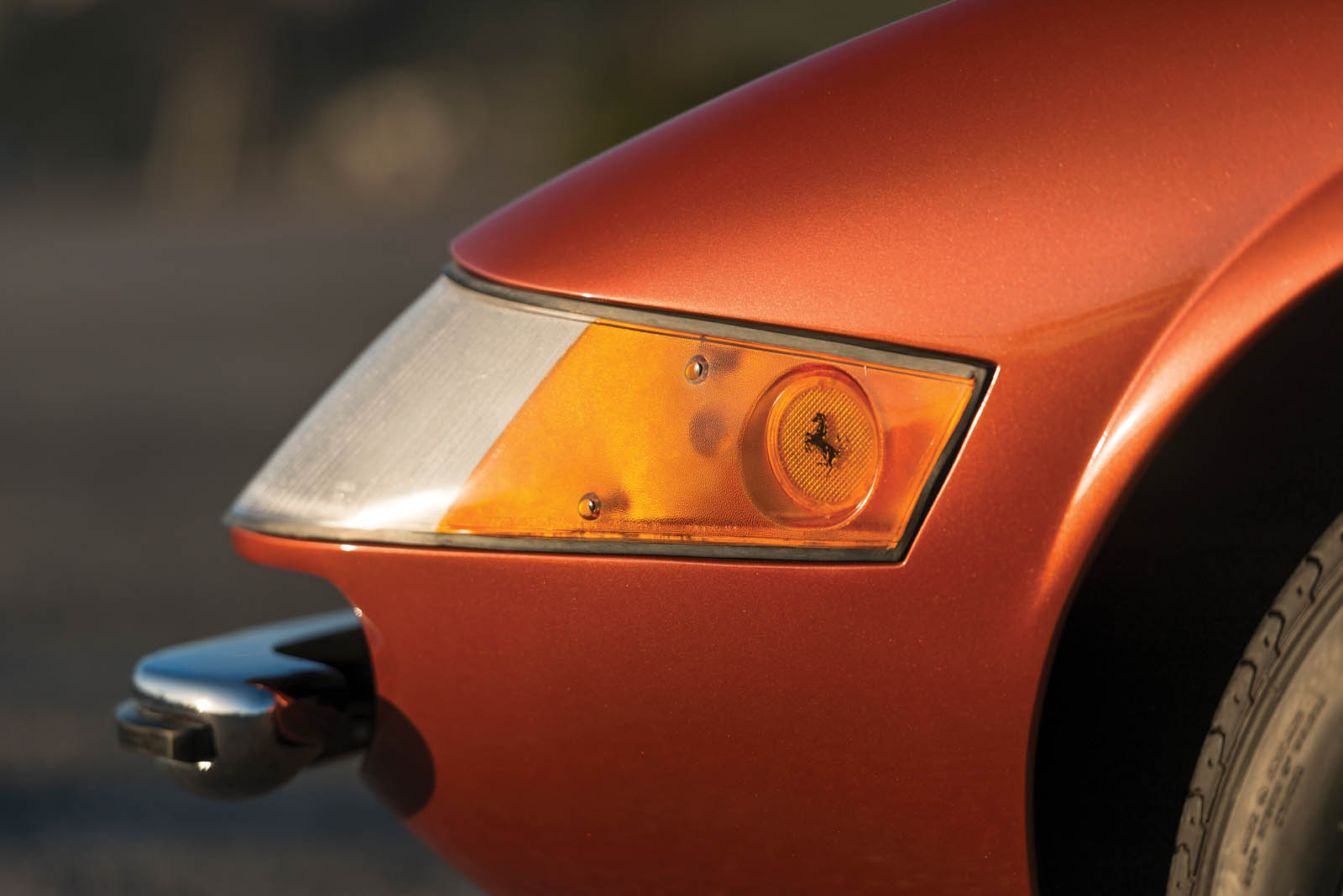 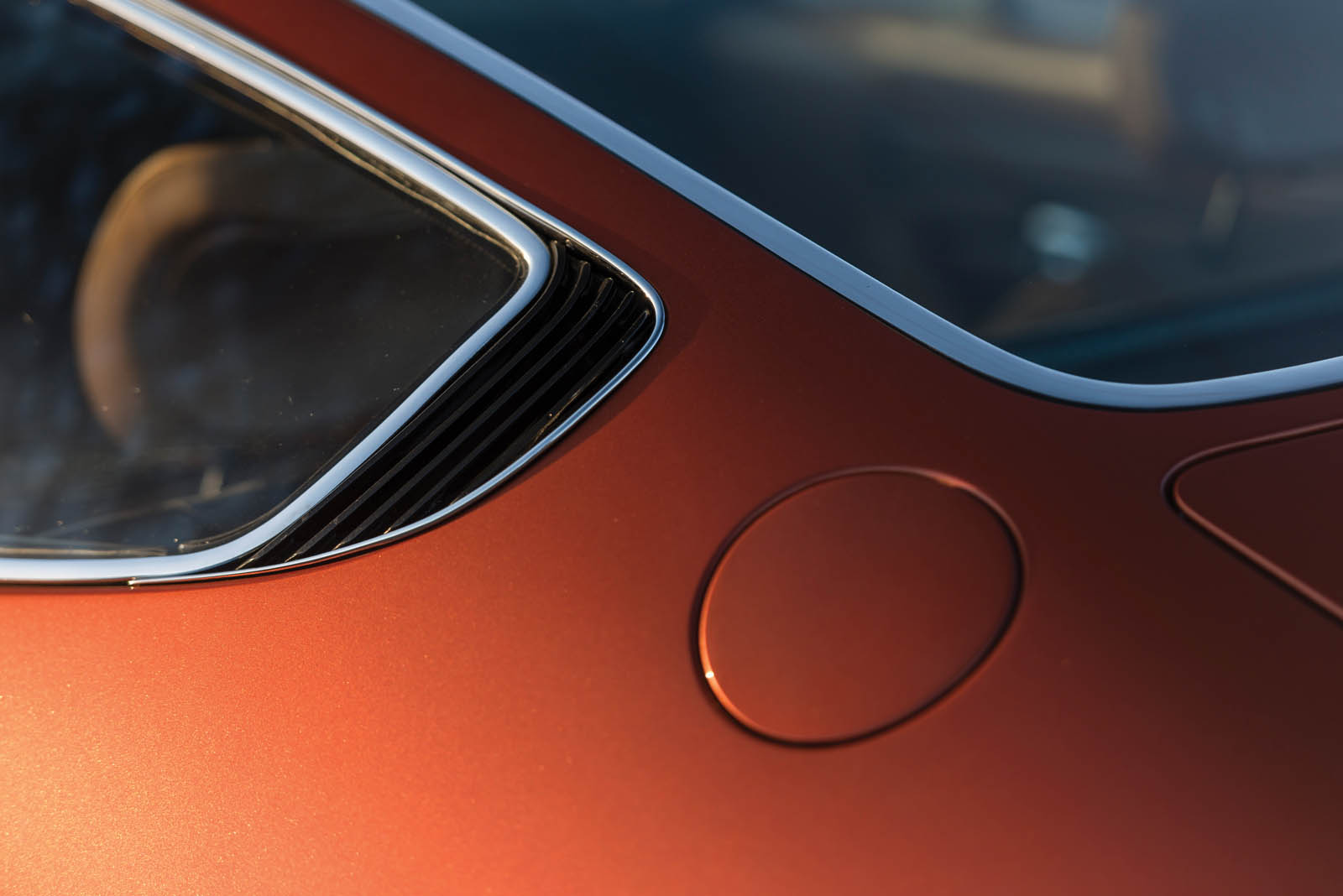 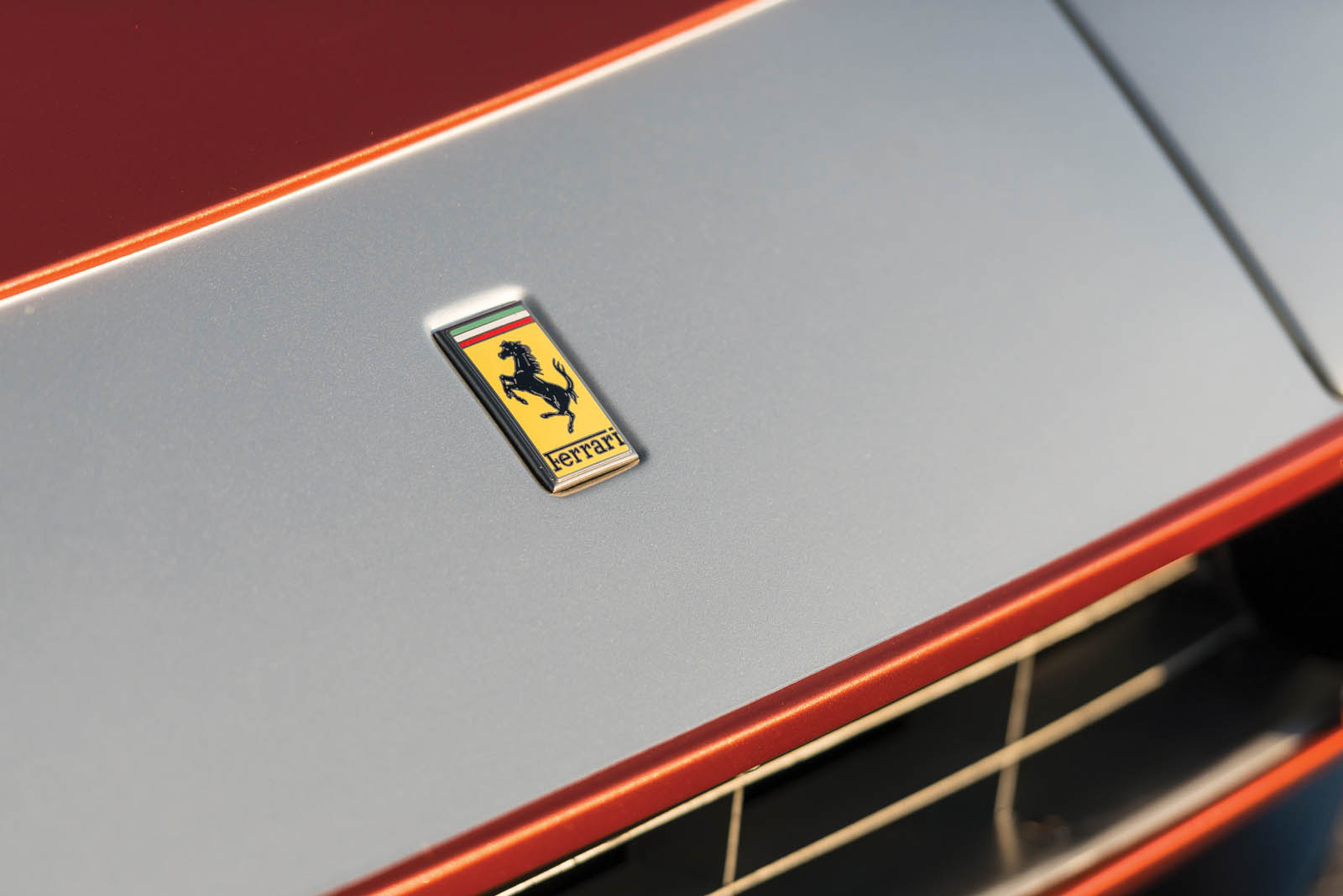 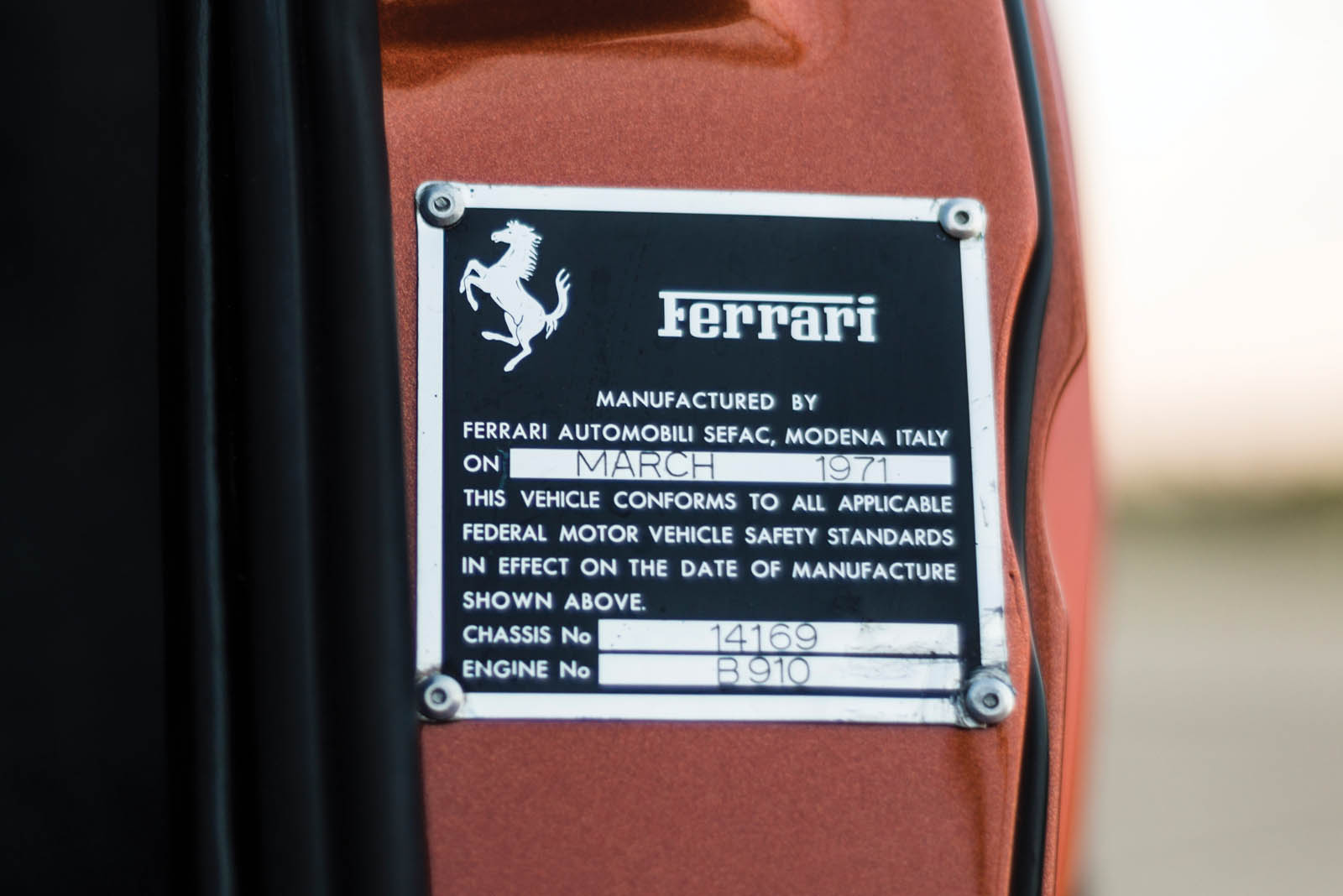 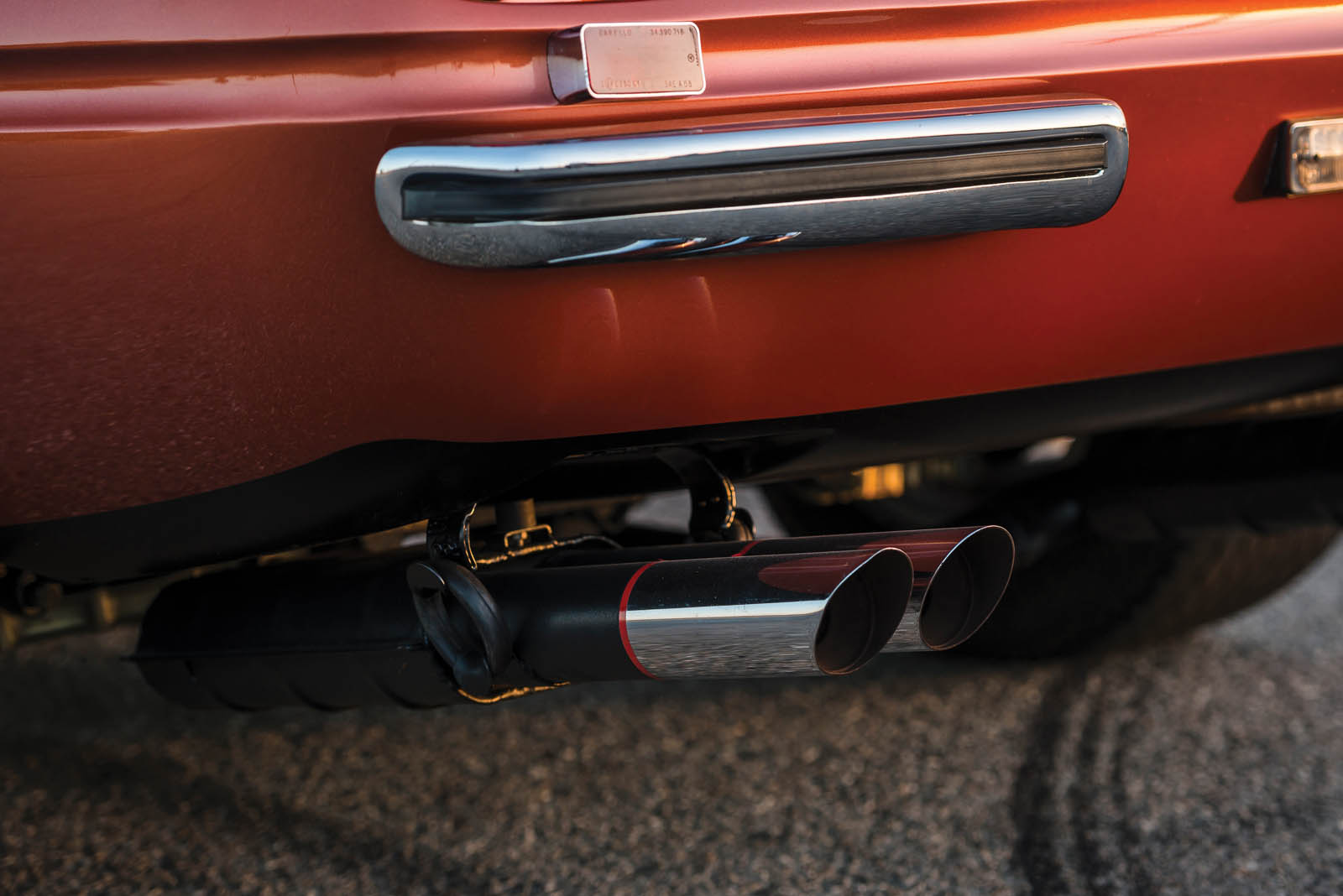 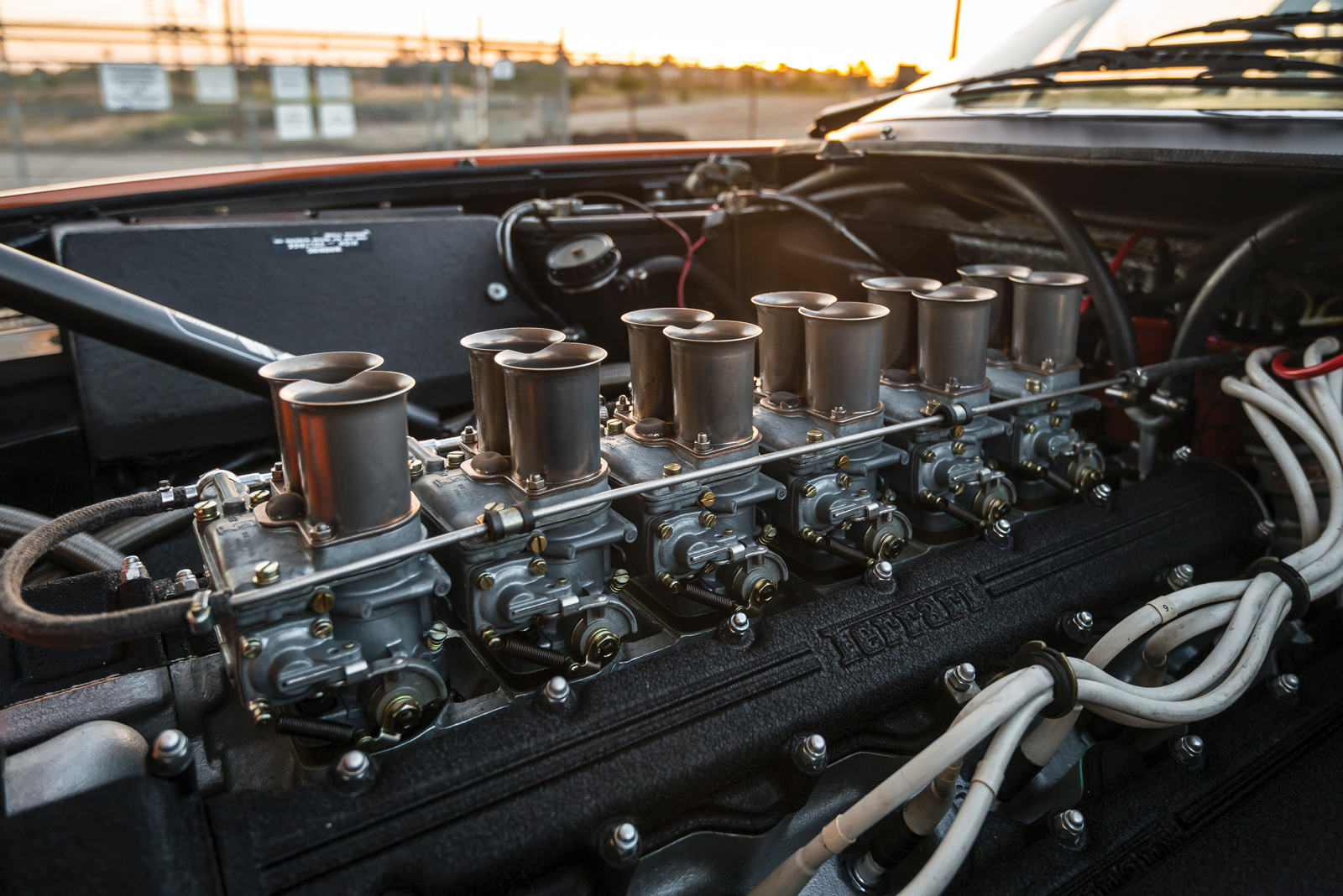 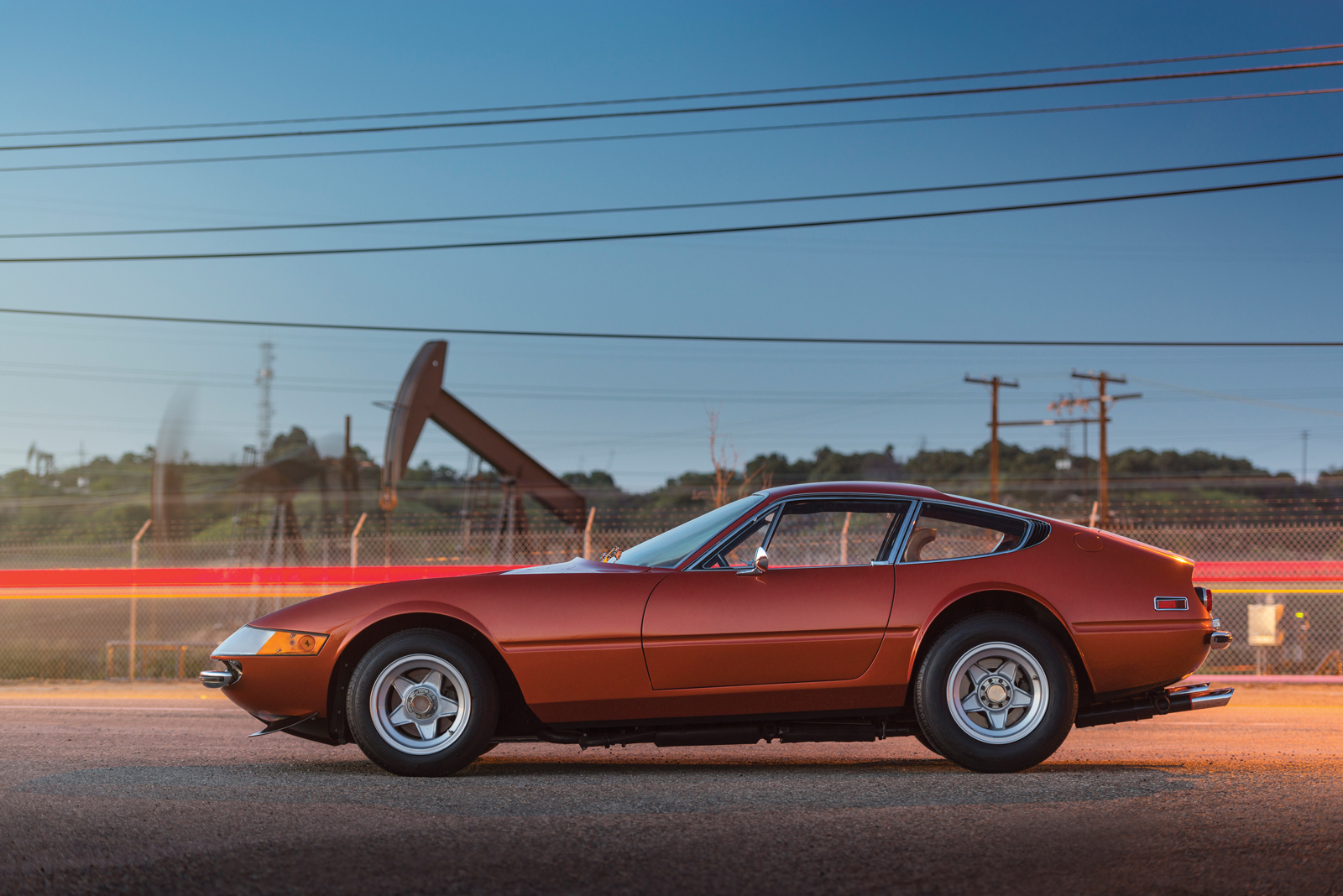 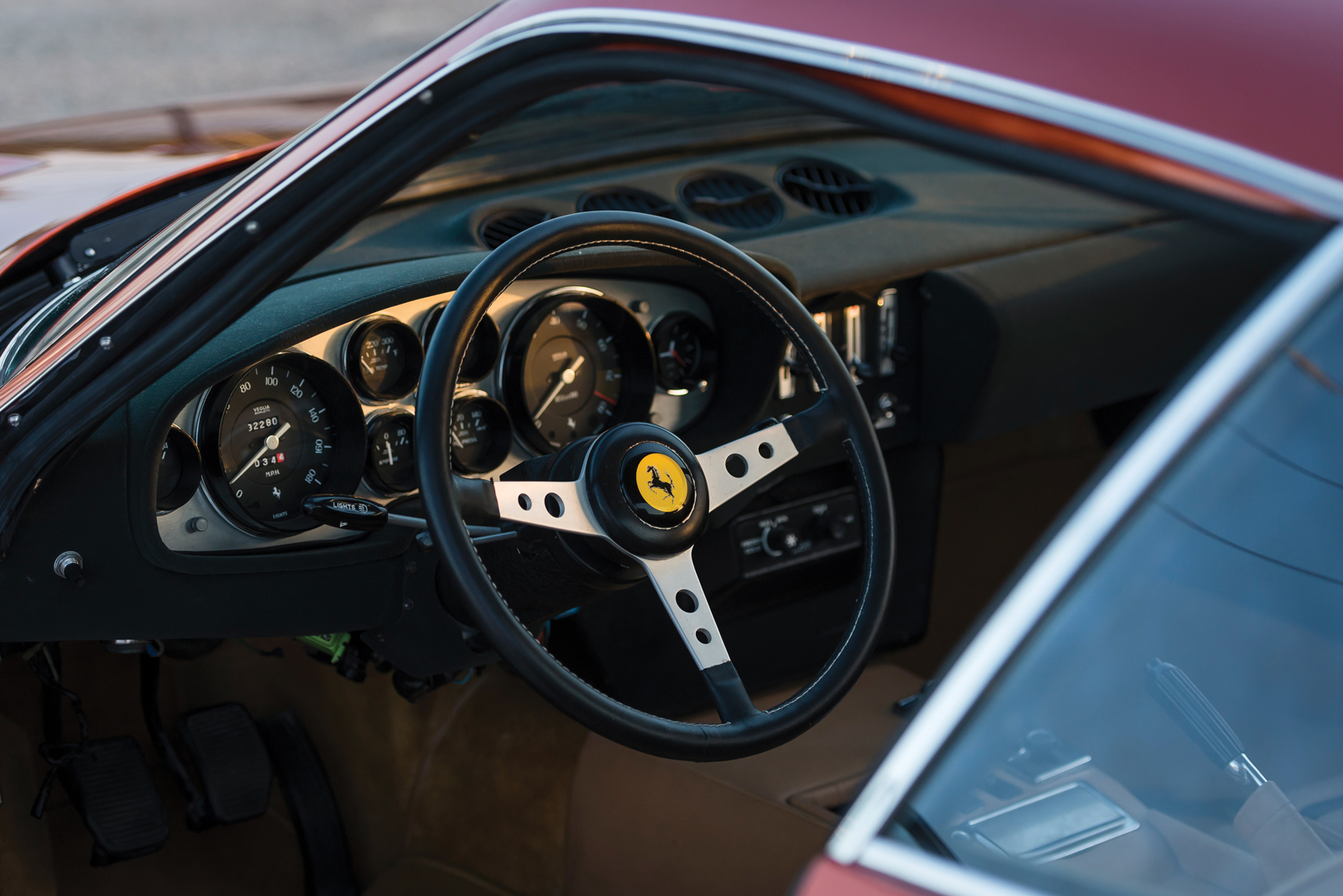 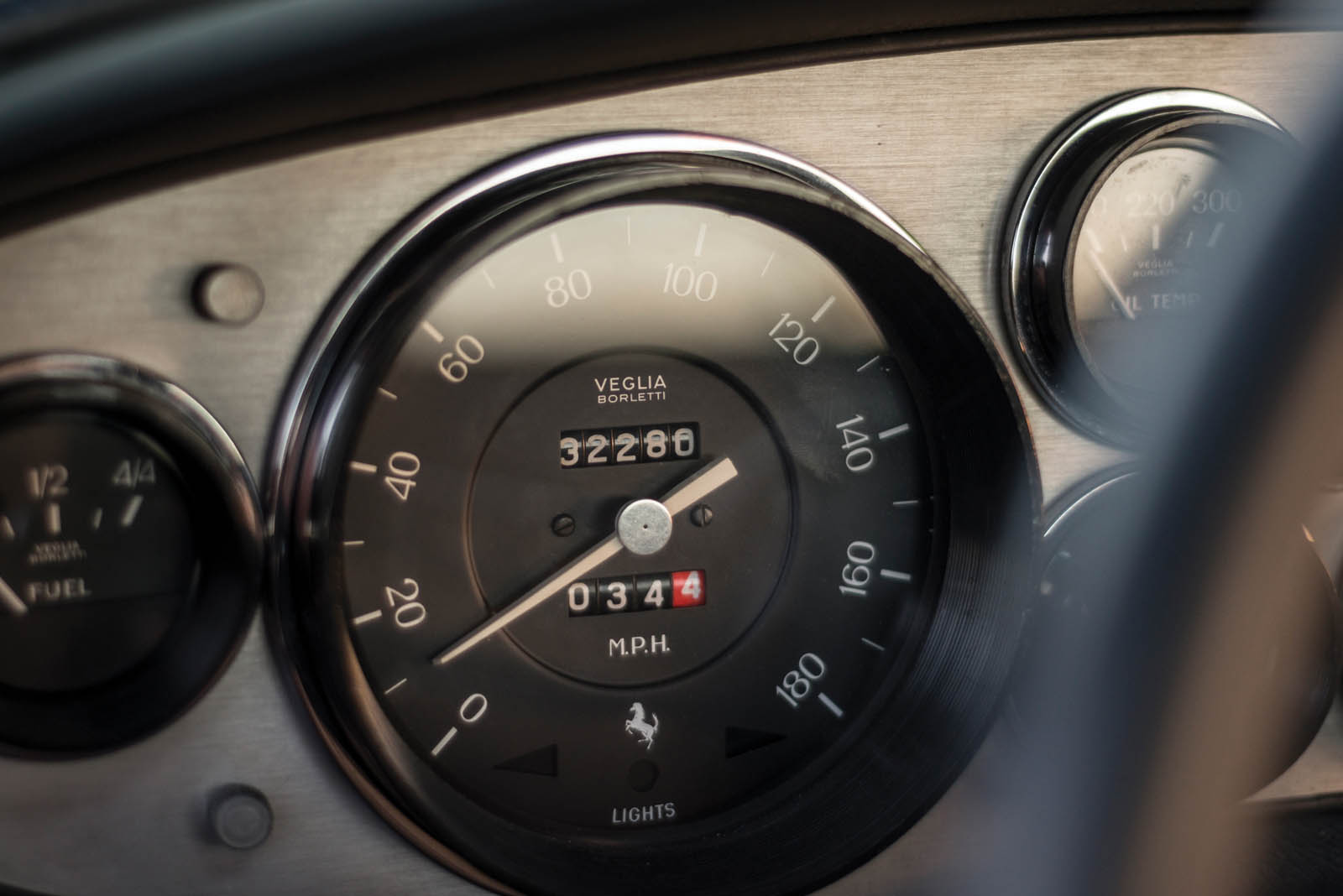 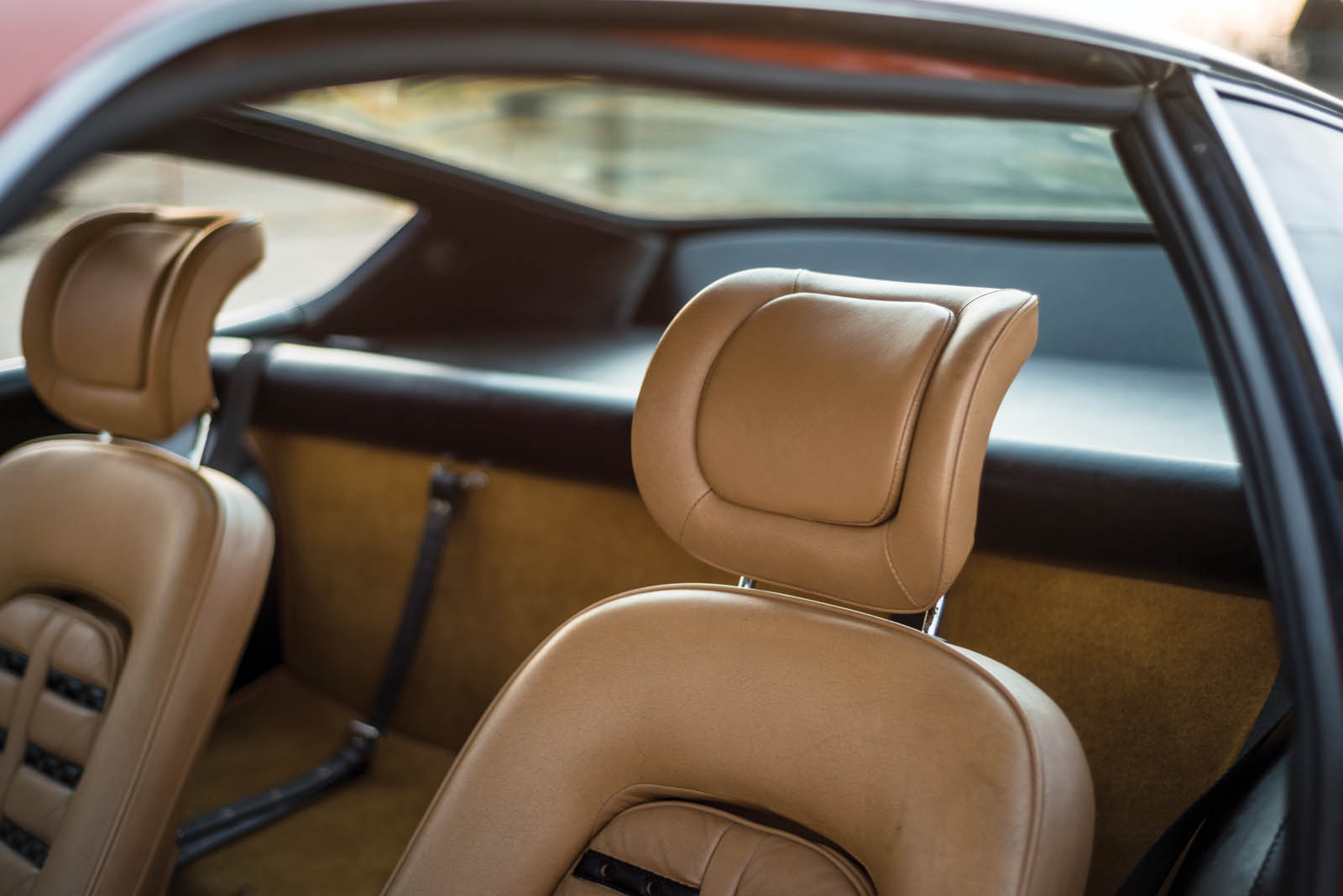 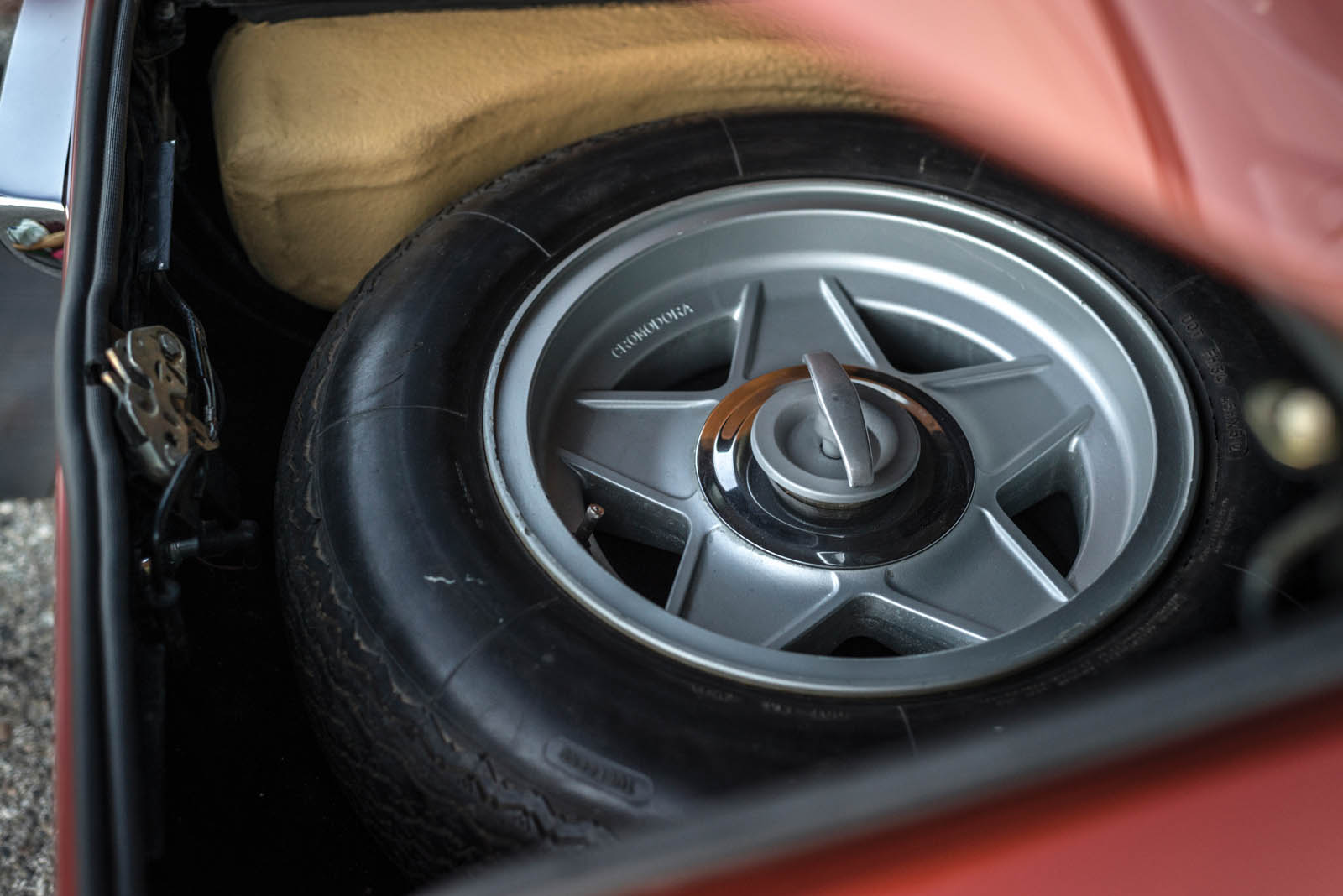 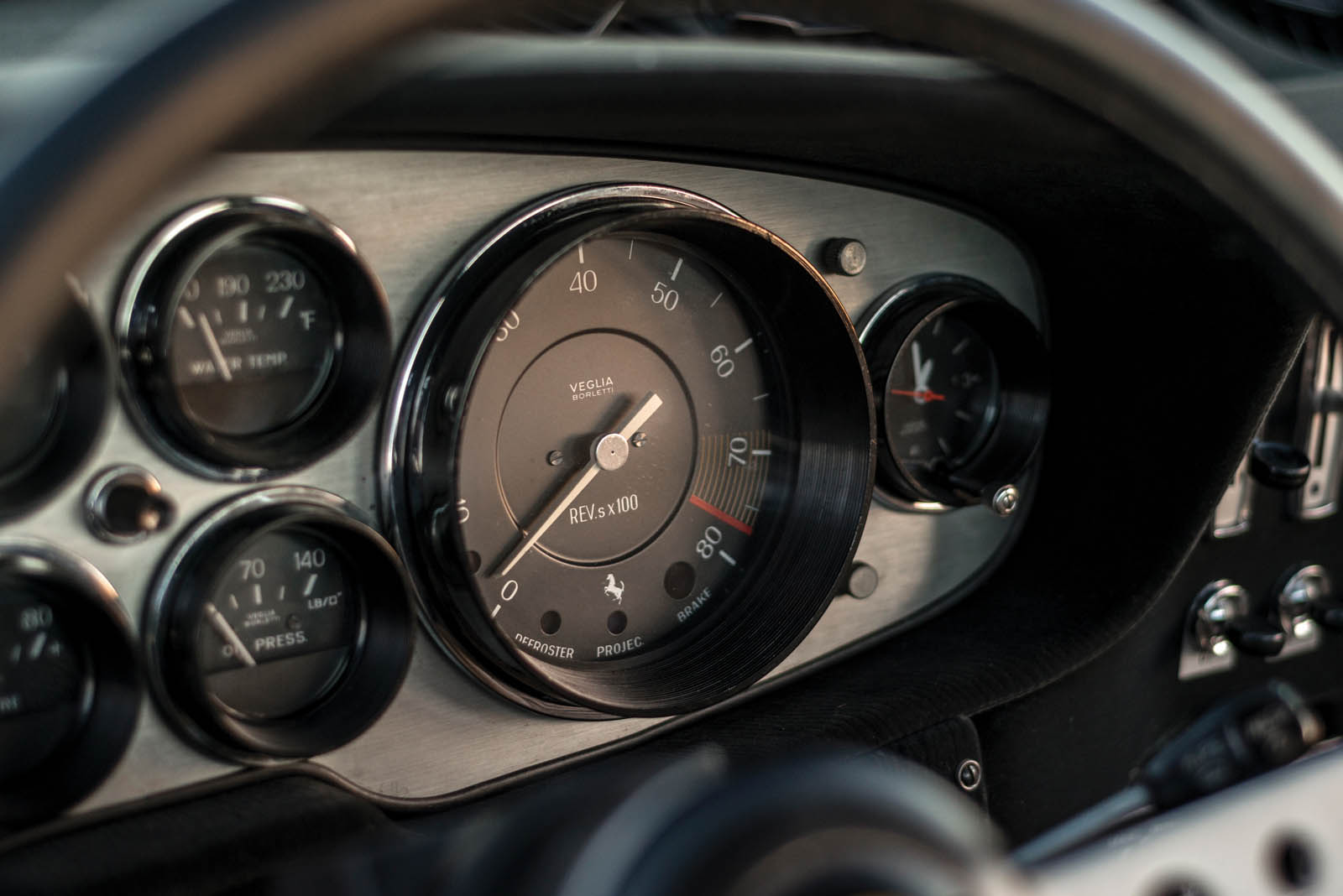 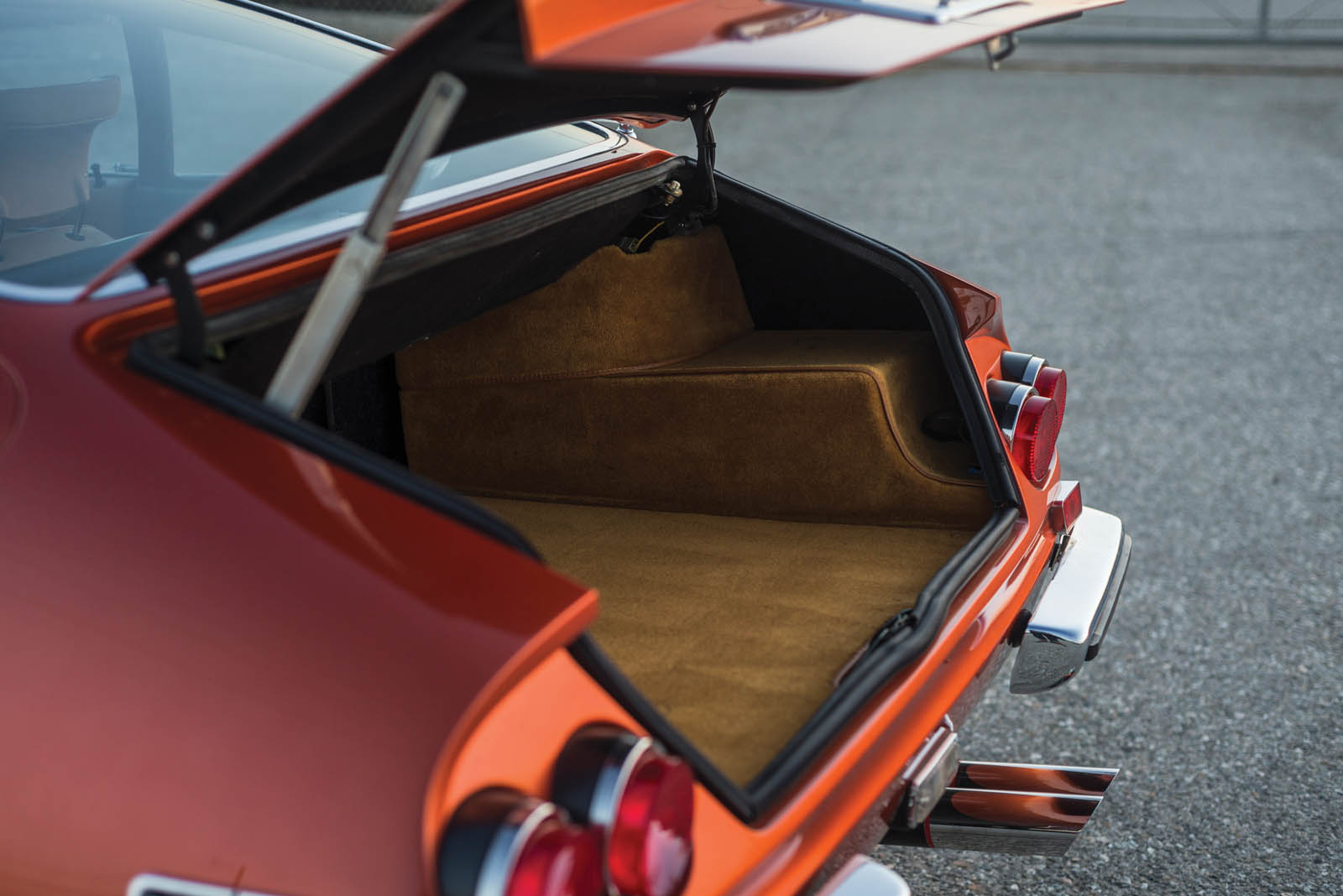 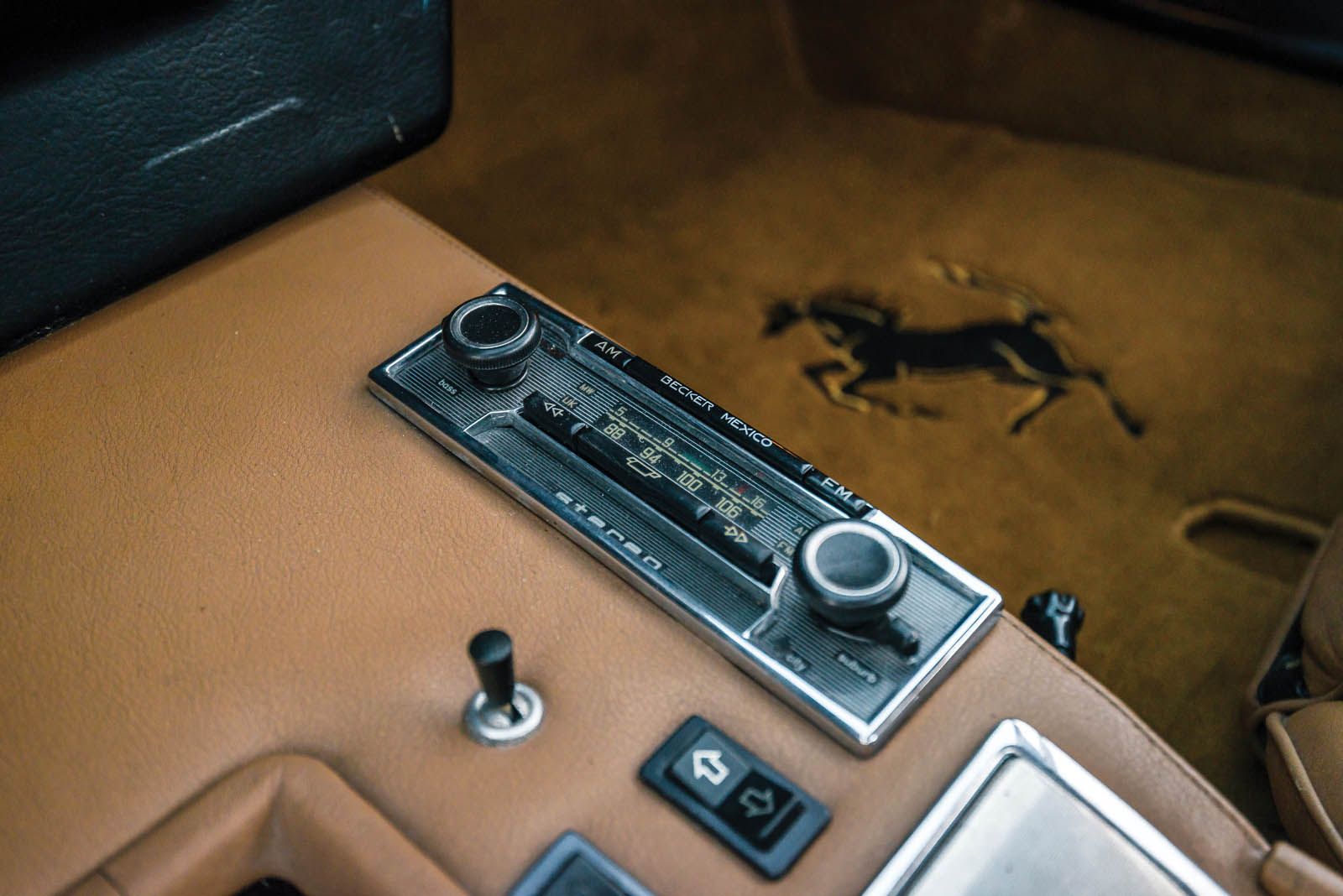 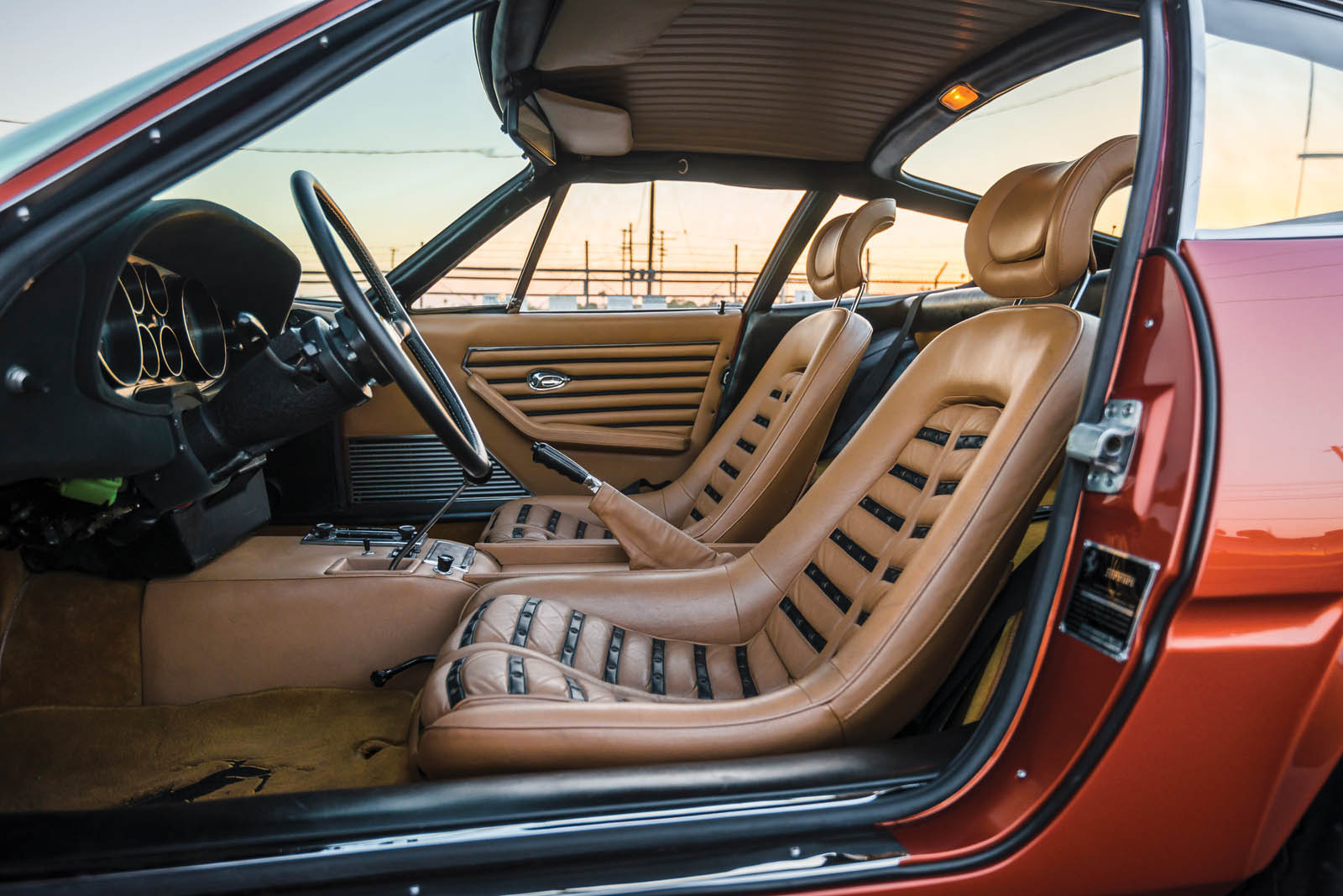 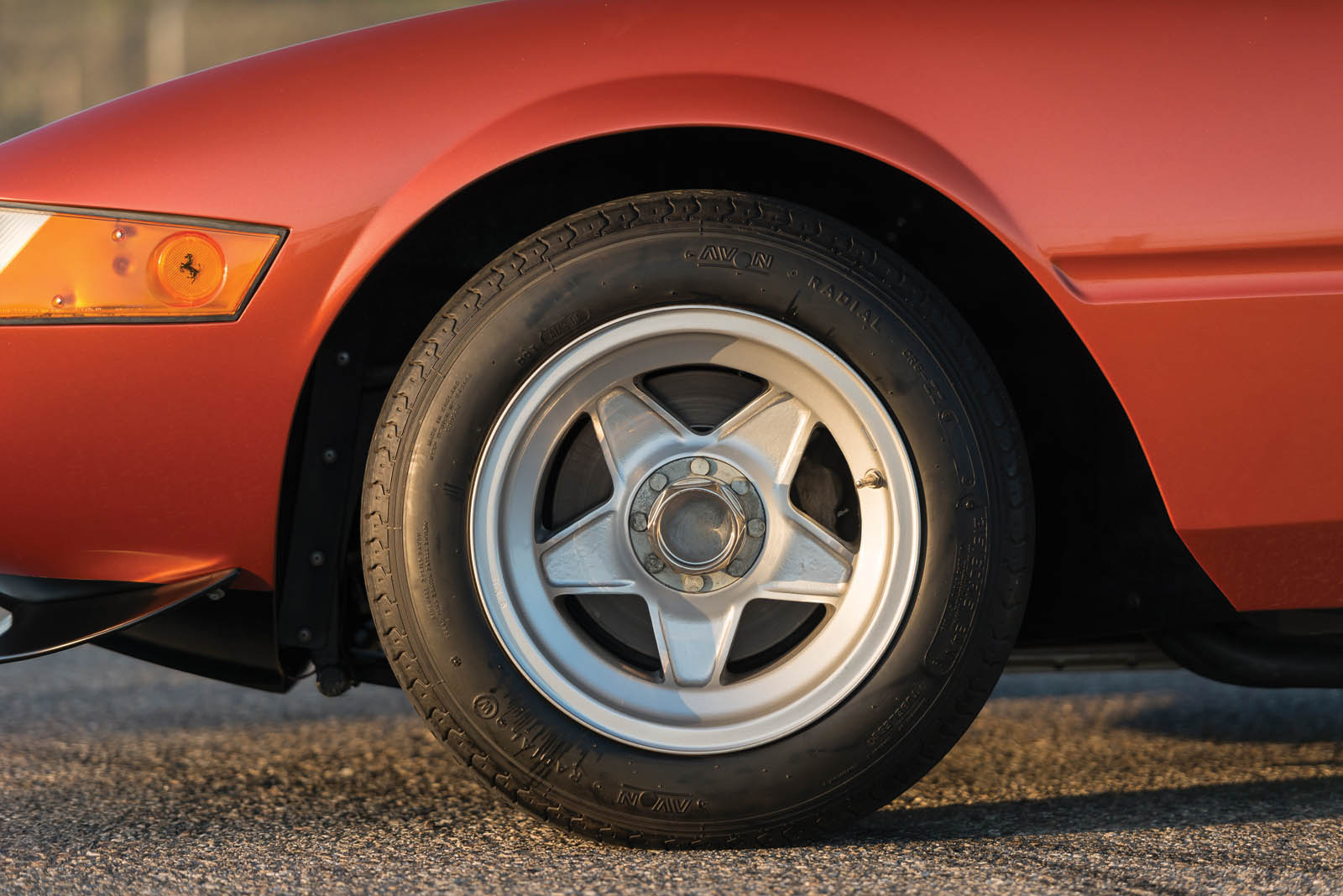 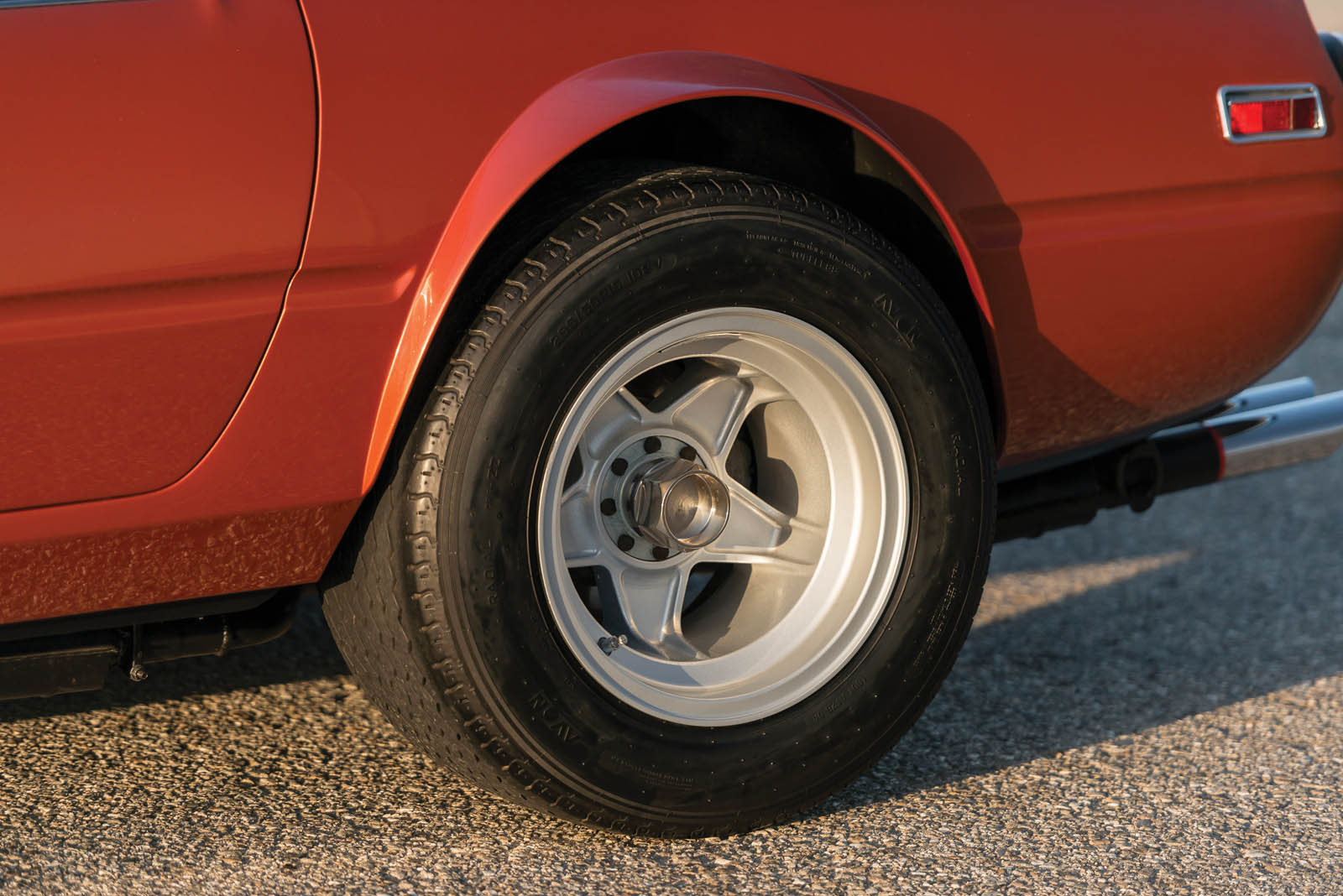 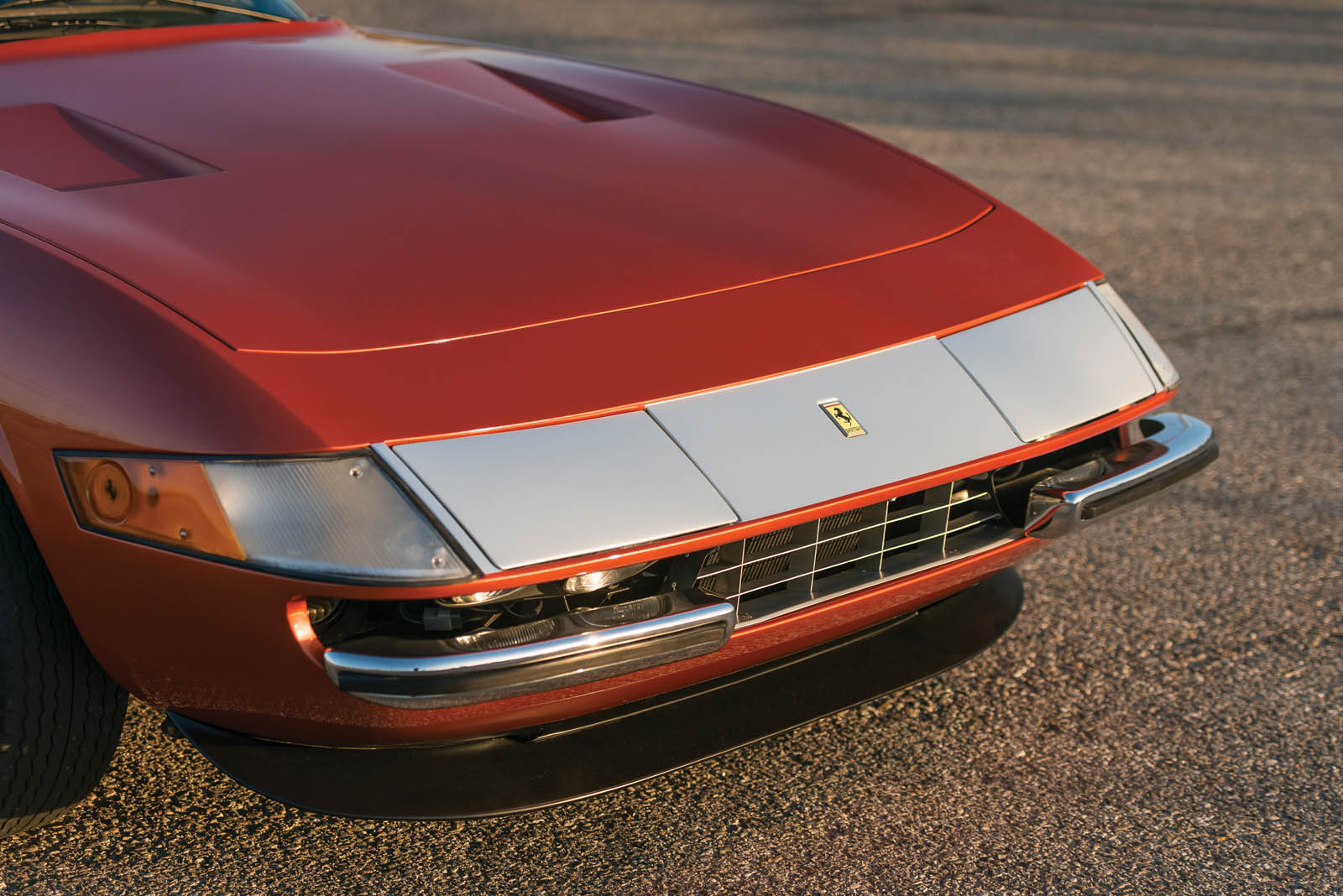 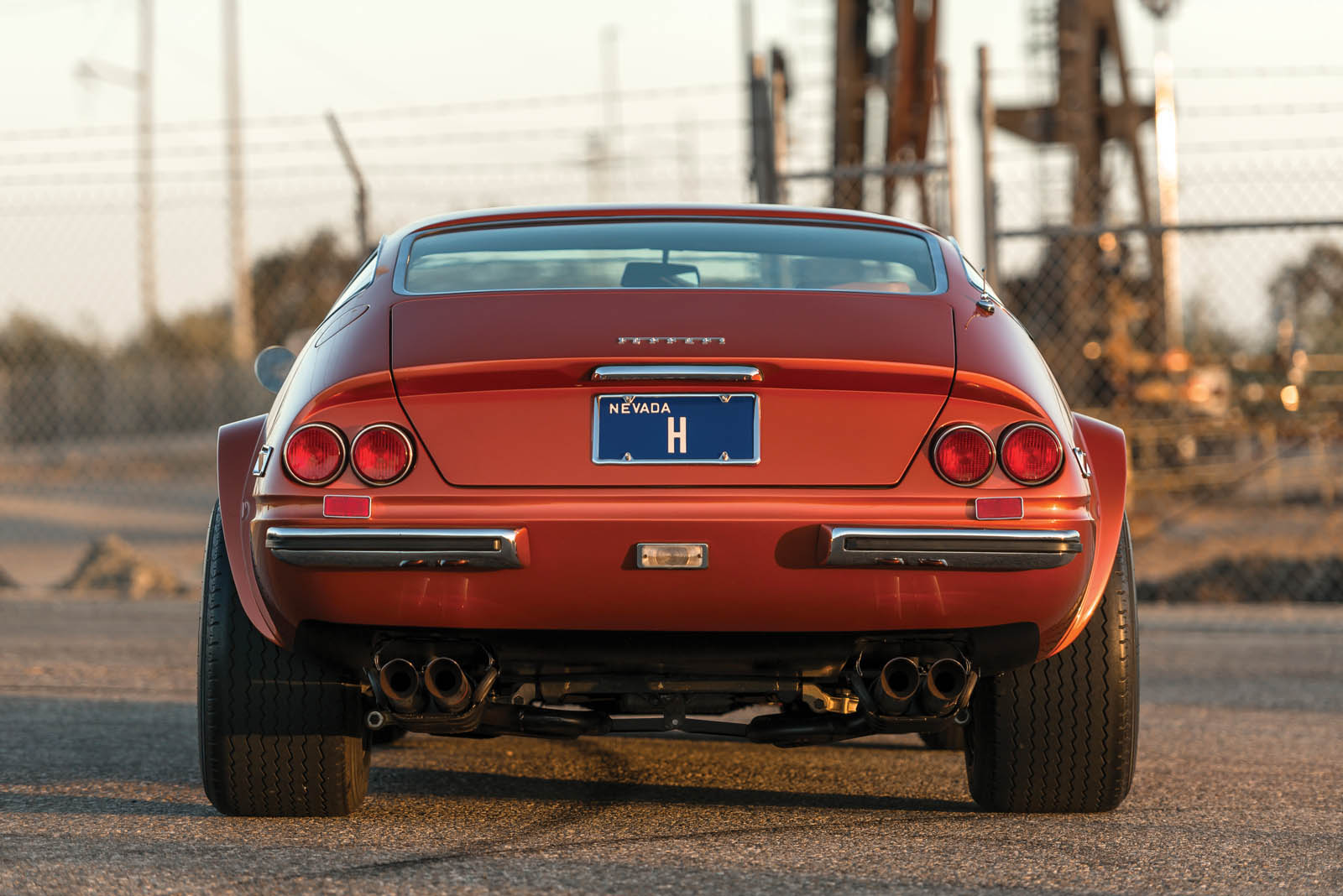 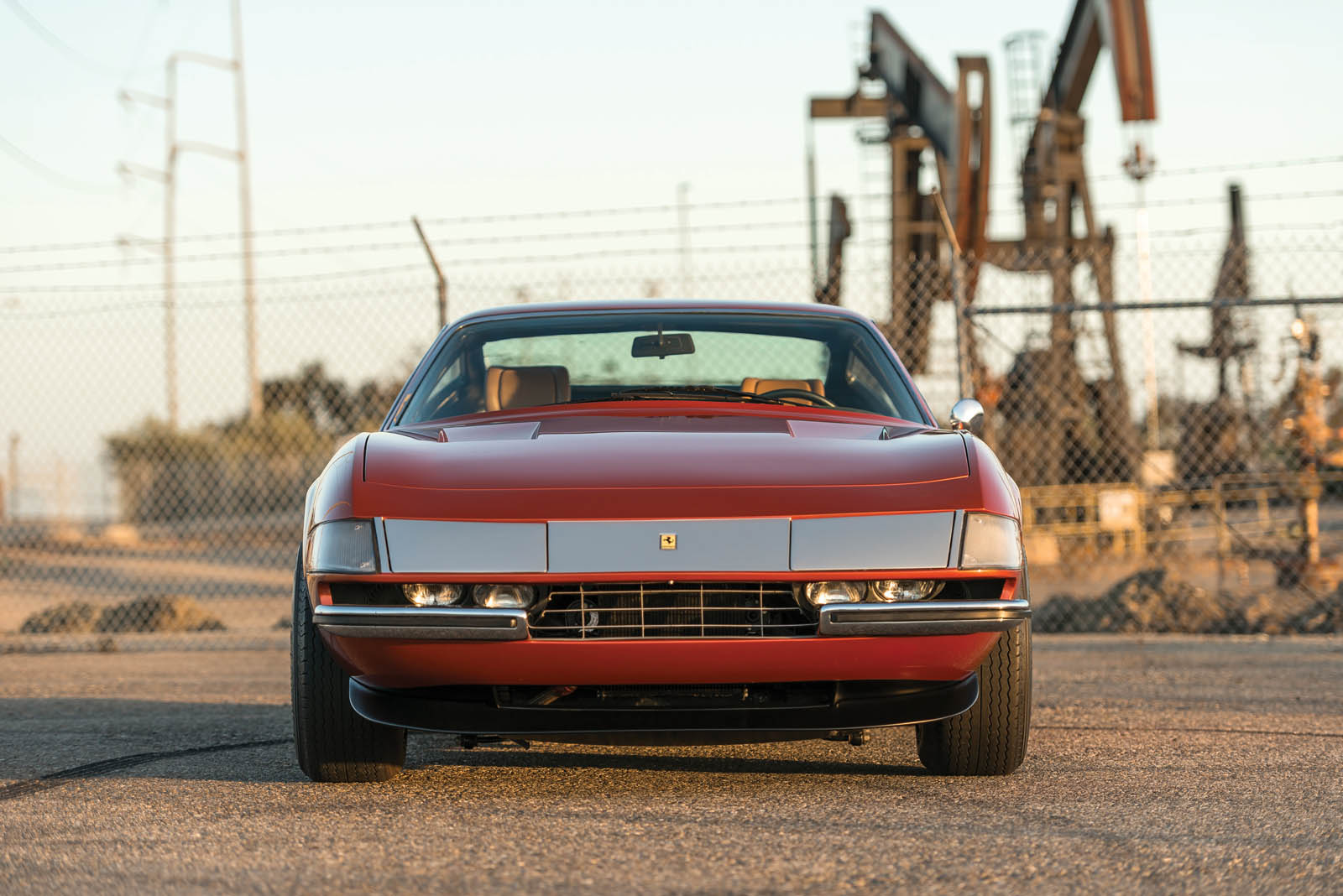 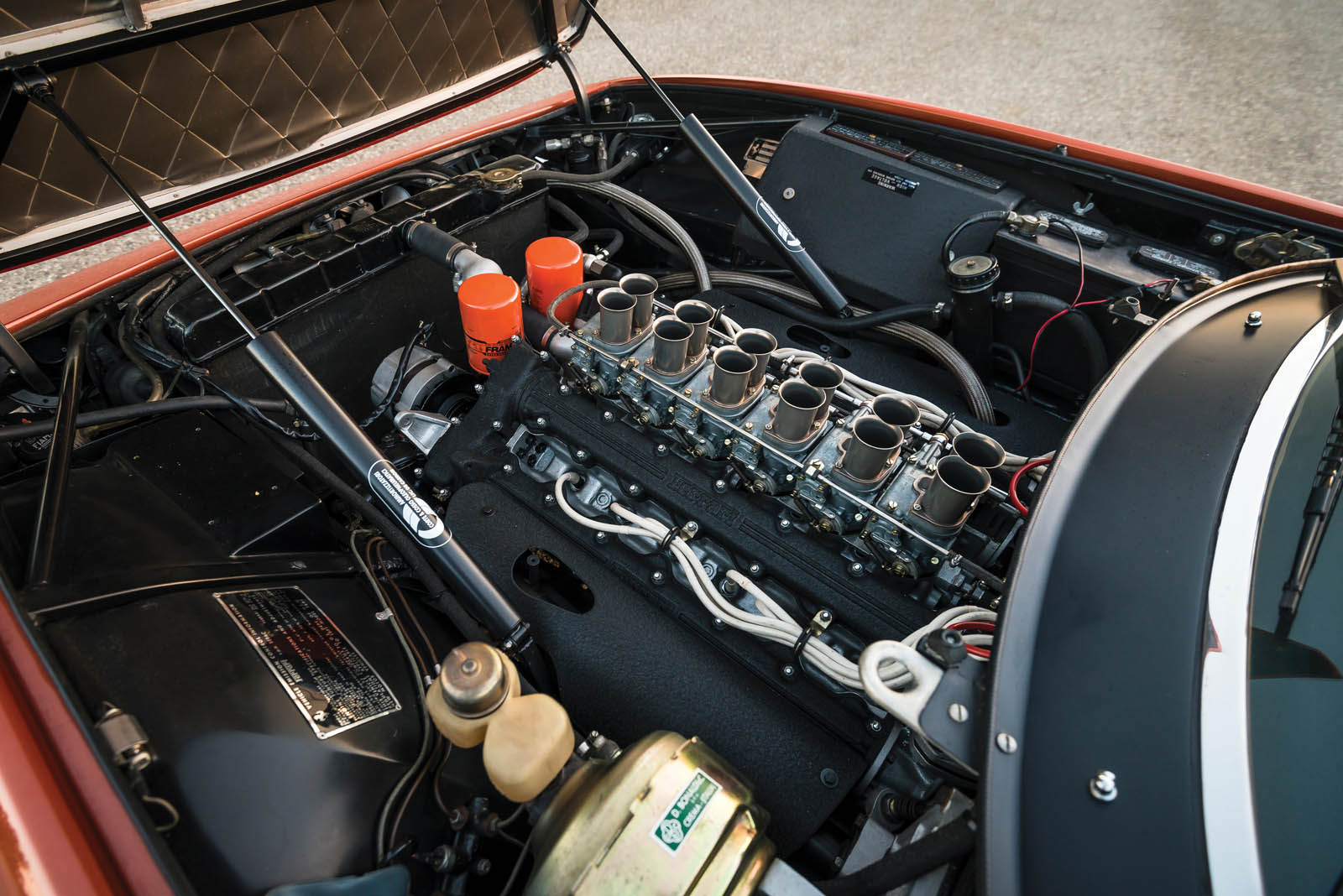 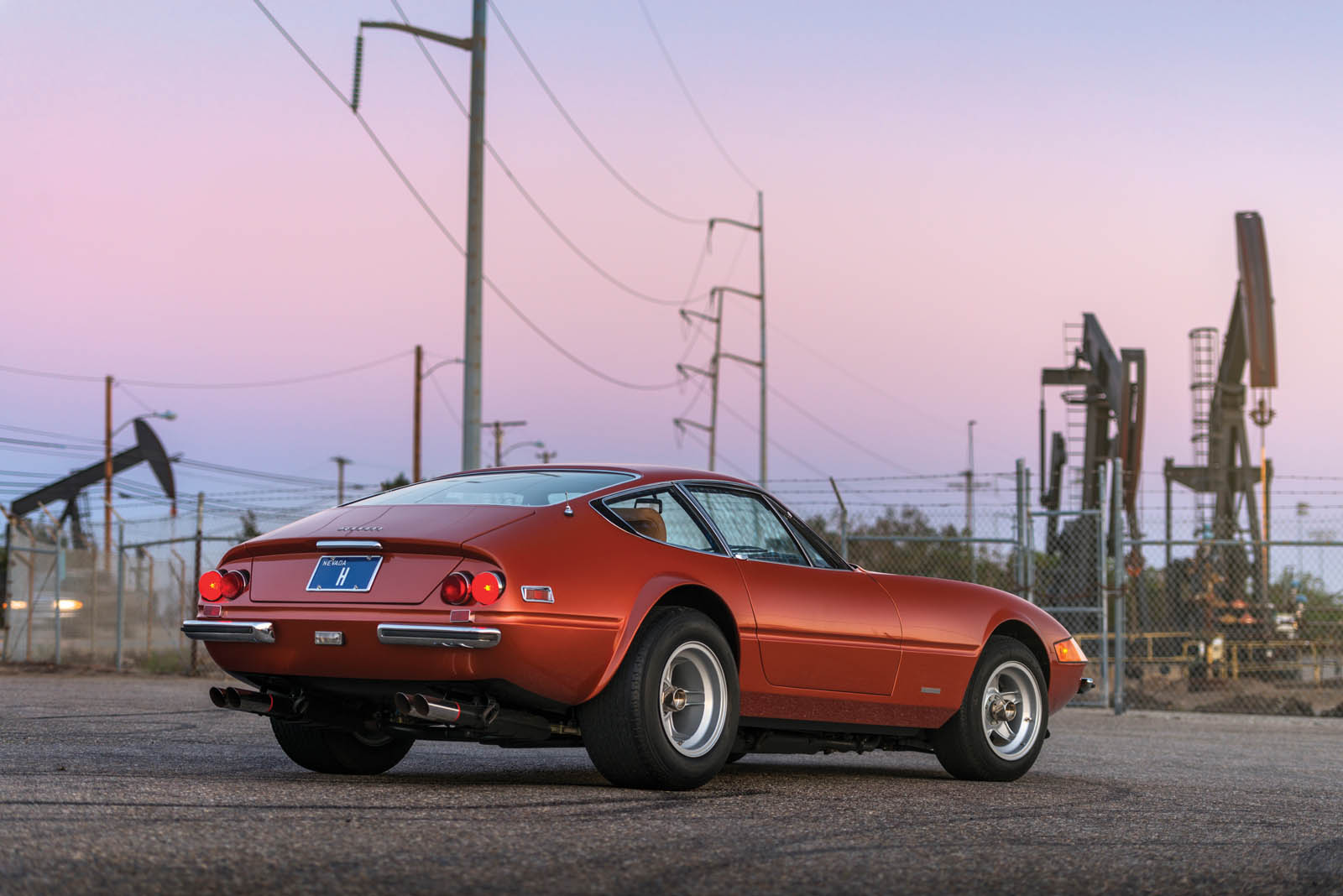 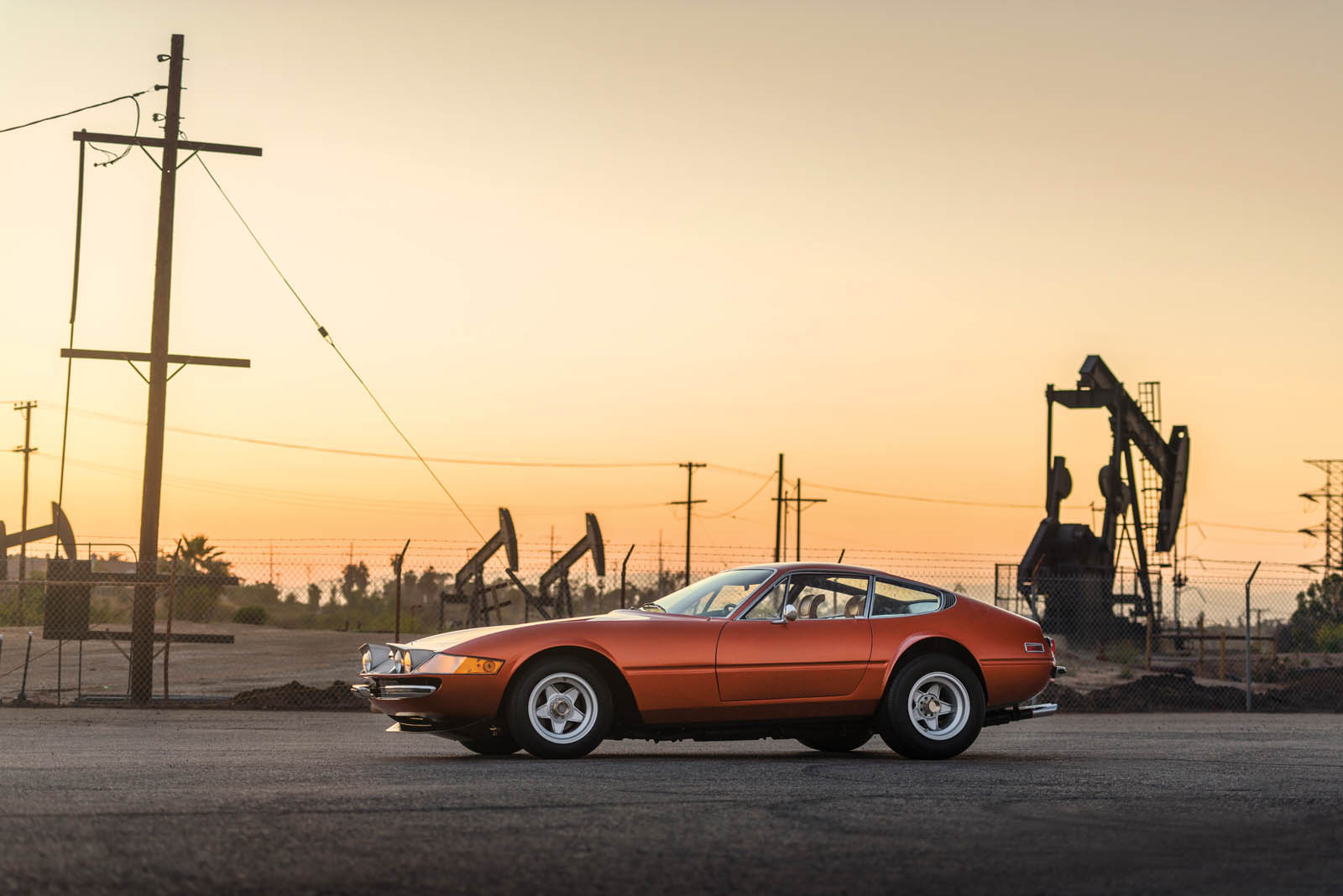