Hey there Moto nerds, Mike here to bring you something out of the ordinary. We often feature rad motorcycles or crazy fast cars, yet we rarely get away from the land based motorsports. Therefore I want to shift gears, and show you something I think is truly impressive. How about a speedboat?

While this is considered a speedboat, it’s not the type you may be thinking of. This is the type that is also often called ‘Cigarette Boats’. Constructed from wood they become floating art pieces, varying drastically in style, shape, and even engine configurations. One thing they all tend to have in common is the fact that they look utterly gorgeous even at a stand still.

Like many things in today’s world, we can attribute prohibition to the popularity of the Cigarette Boat. Back then these boats were used to transfer illegal products from larger ships, utilizing their speed to evade the coast guard. Just like hot rods they were as small as possible with the biggest engine they could stuff into the hull. Later on in the 60’s when the drug boom came around Cigarette Boats were once again called upon for their services. Even with this known heritage these boats are now considered luxury items, often owned by the rich and fabulous. There is even a wooden boat show held annually in Lake Tahoe, one that is packed with boats of this nature.

Now that is nice and all, but besides the aesthetics, the boating thing can often times feel a little hollow to me. Sure I’ve seen some cool small block swaps and what not, but none of these boats have really grabbed my attention until now. Meet the Bassett Brown built 33′ Gentleman’s Racer(GR). The GR is a gorgeous example of what a Cigarette Boat looks like when it’s done right. Built in 1997 the GR is 33-feet of wood, brass, and pure style. It’s the type of vehicle Steve McQueen would dream up. And the best part is its hidden secret.

The boat was blueprinted after a 1920’s Hacker-Craft ‘Nick Nack’ but changed radically because of one simple idea. Where the original ‘Nick Nack’ had a 200-hp Hall-Scott engine, the Gentleman’s Racer instead has a Rolls-Royce V12. Oh you know, the 27-liter Meteor. For those that don’t know, that engine is a direct bi-product of the famed Rolls-Royce Merlin, which was used in none other than the P51 Mustang in WWII. The Merlin is still one of the most prestigious engines to ever be produced, and the Meteor is its land locked variation. While it lacked the supercharger that the Merlin had, it made up for it in easy of use and reliability, perfect for use in tanks. The massive V12 is still capable of churning out over 600hp, pushing those steel boxes around with ease.

Ken Bassett of Onion River Boatworks in Vermont and Tony Brown at Western Runabouts in California were the two mega-minds that saw this project through. They constructed the Gentleman’s Racer with both modern and traditional methods, that is until the Meteor came into play. Once that was on the table, the hull needed some serious work to accept the mighty V12. Then came the challenge of converting the Meteor for marine use, something it was never intended for. None of this stopped the duo from creating one of the coolest Cigarette Boats I have ever seen, and surely one of the most unique boats to ever grace the water.

What may be the most impressive feat of all is the fact that it still looks so classy. It would have been easy for this to come out looking like a rat rod, but instead, it looks like it was purpose built during the great war. The engine fits perfectly inside, with all the hardware polished beautifully. The hull is a gorgeous mahogany wood, accented to perfection with the subtle brass touches. For me, it brings boats into an entirely new light. If only every boat was this impressive, I might have to move closer to water. Thankfully I live in the mountains, because the Gentleman’s Racer is currently up for auction in a couple of weeks. Check it out here if you are in the market for possibly the coolest boat to ever hit the water. 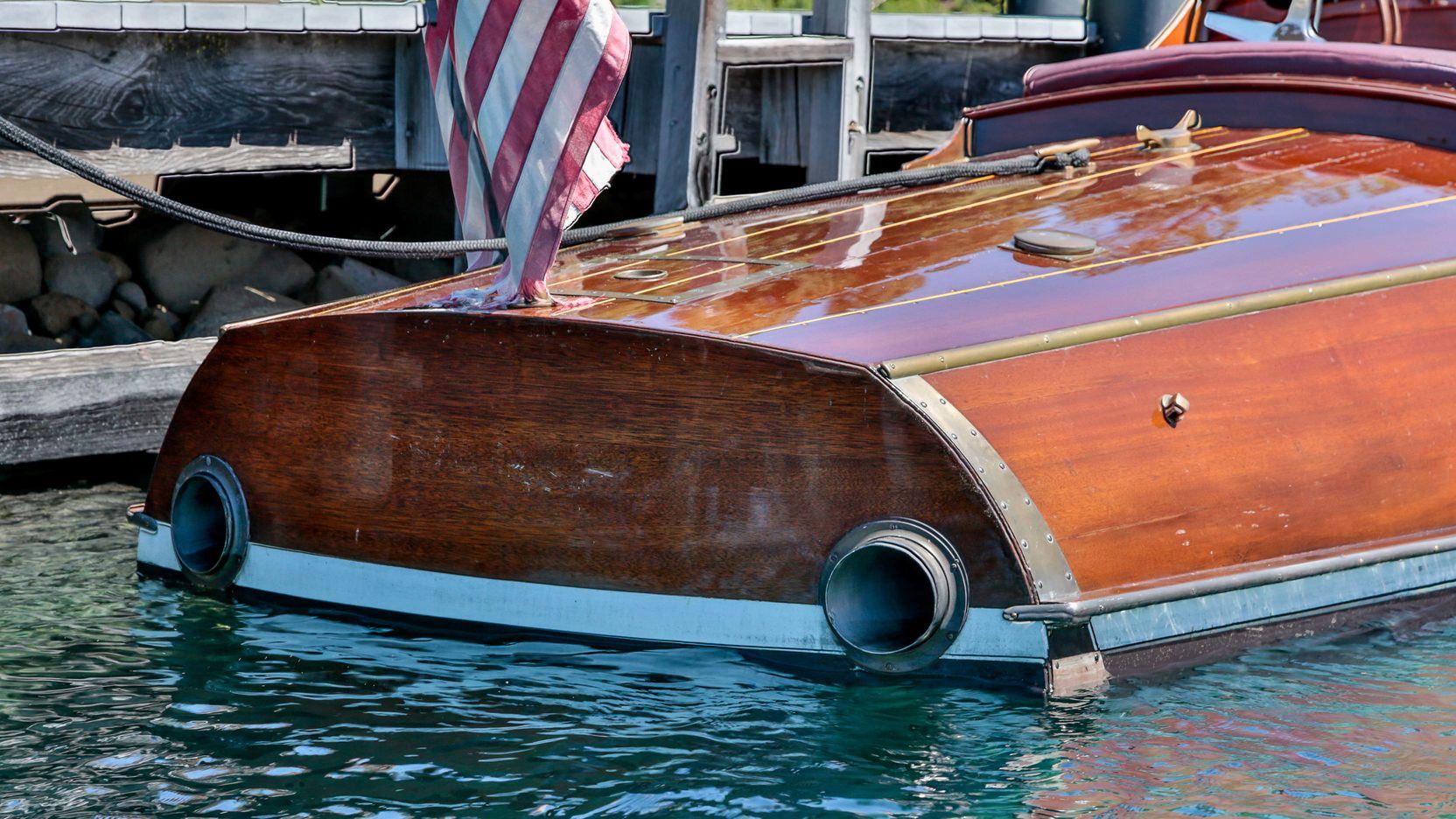 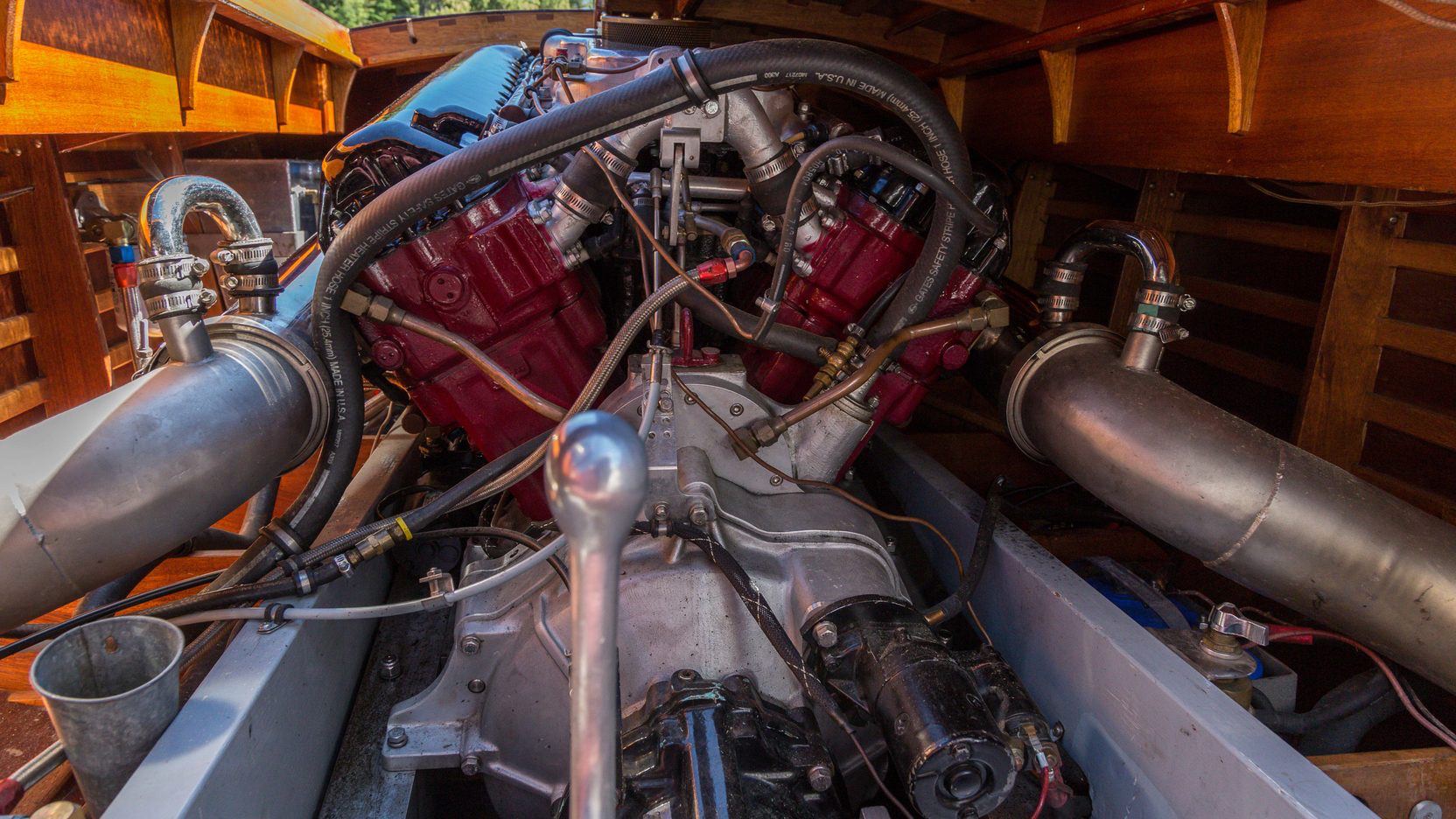 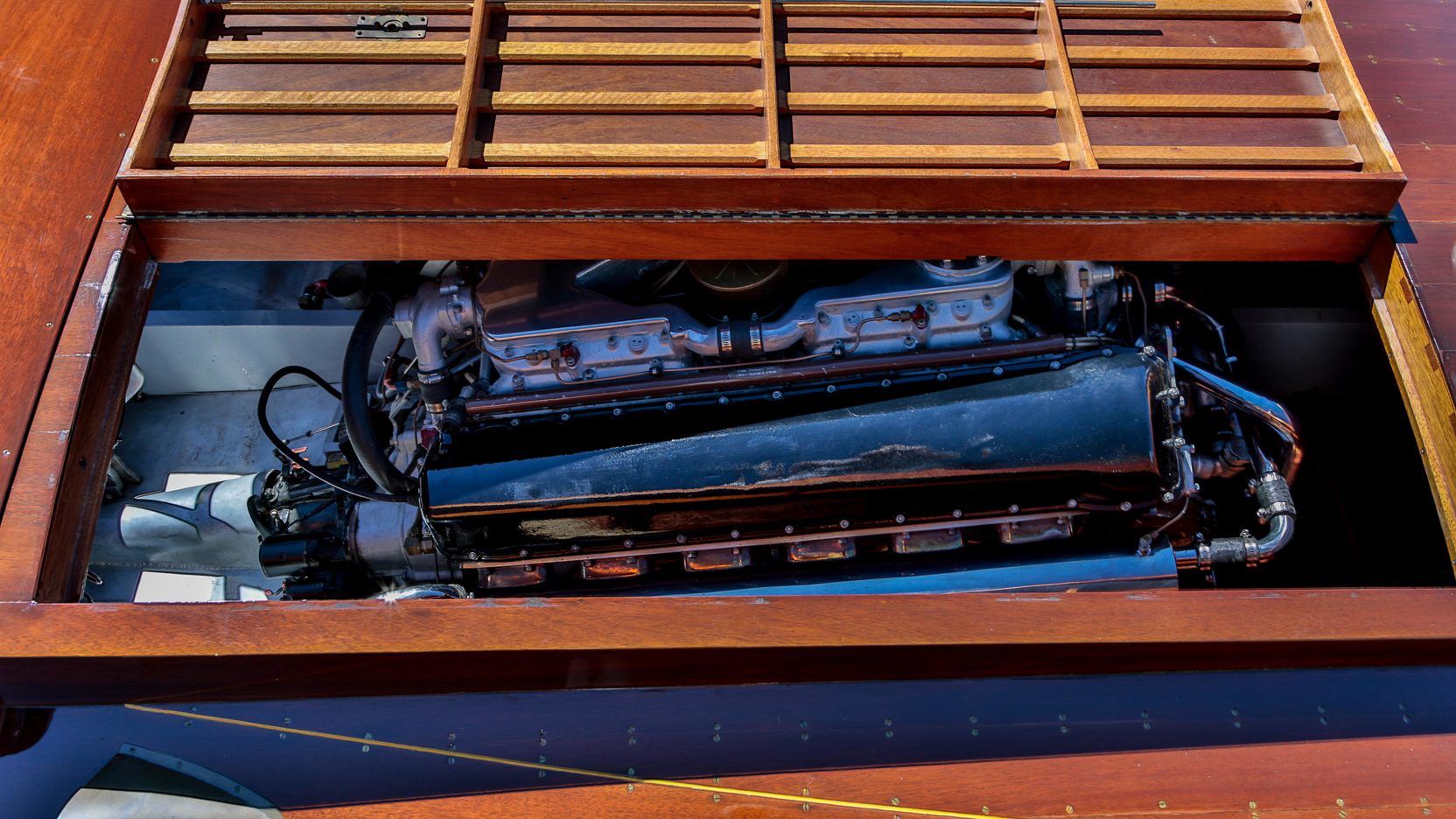 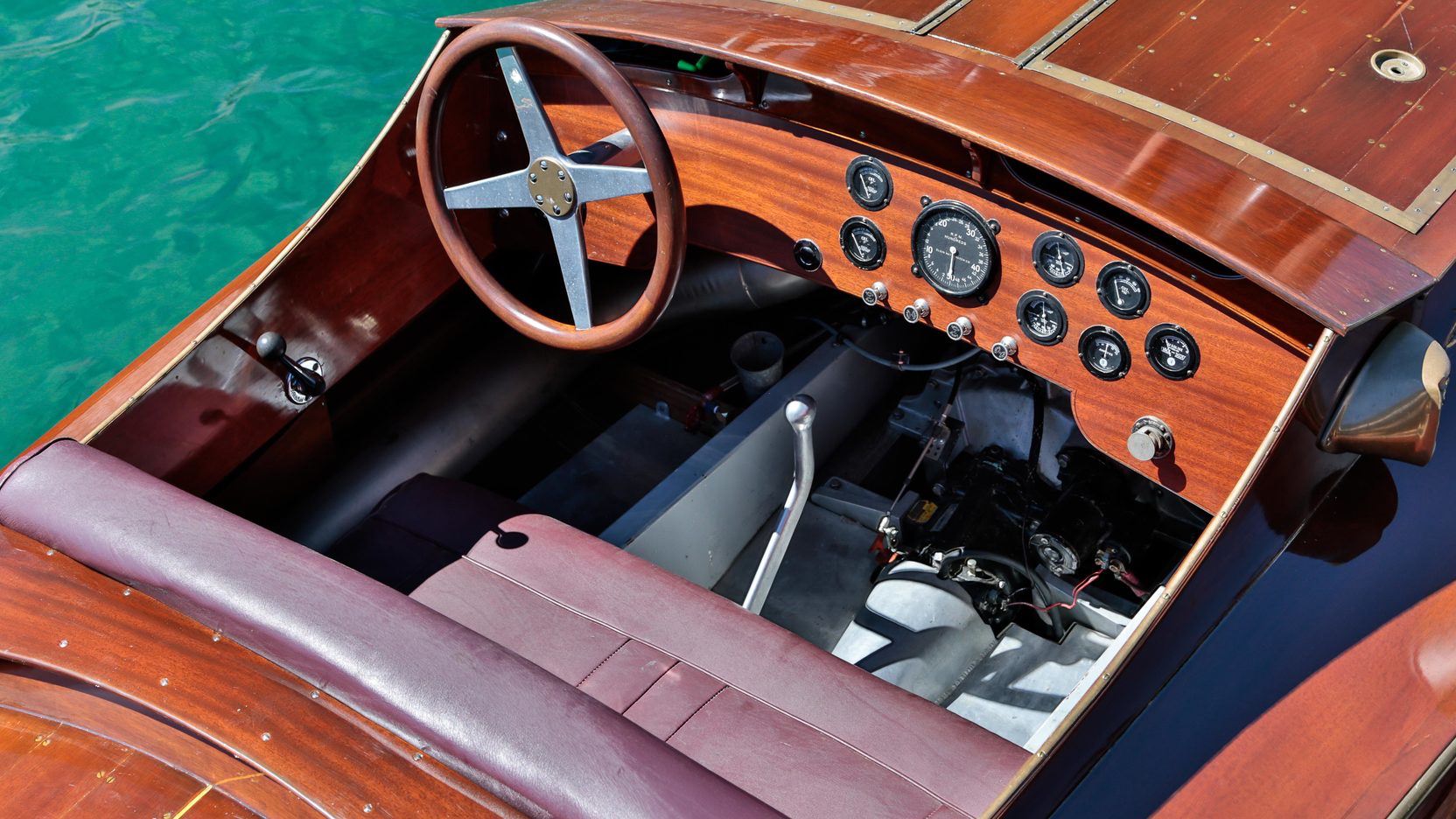 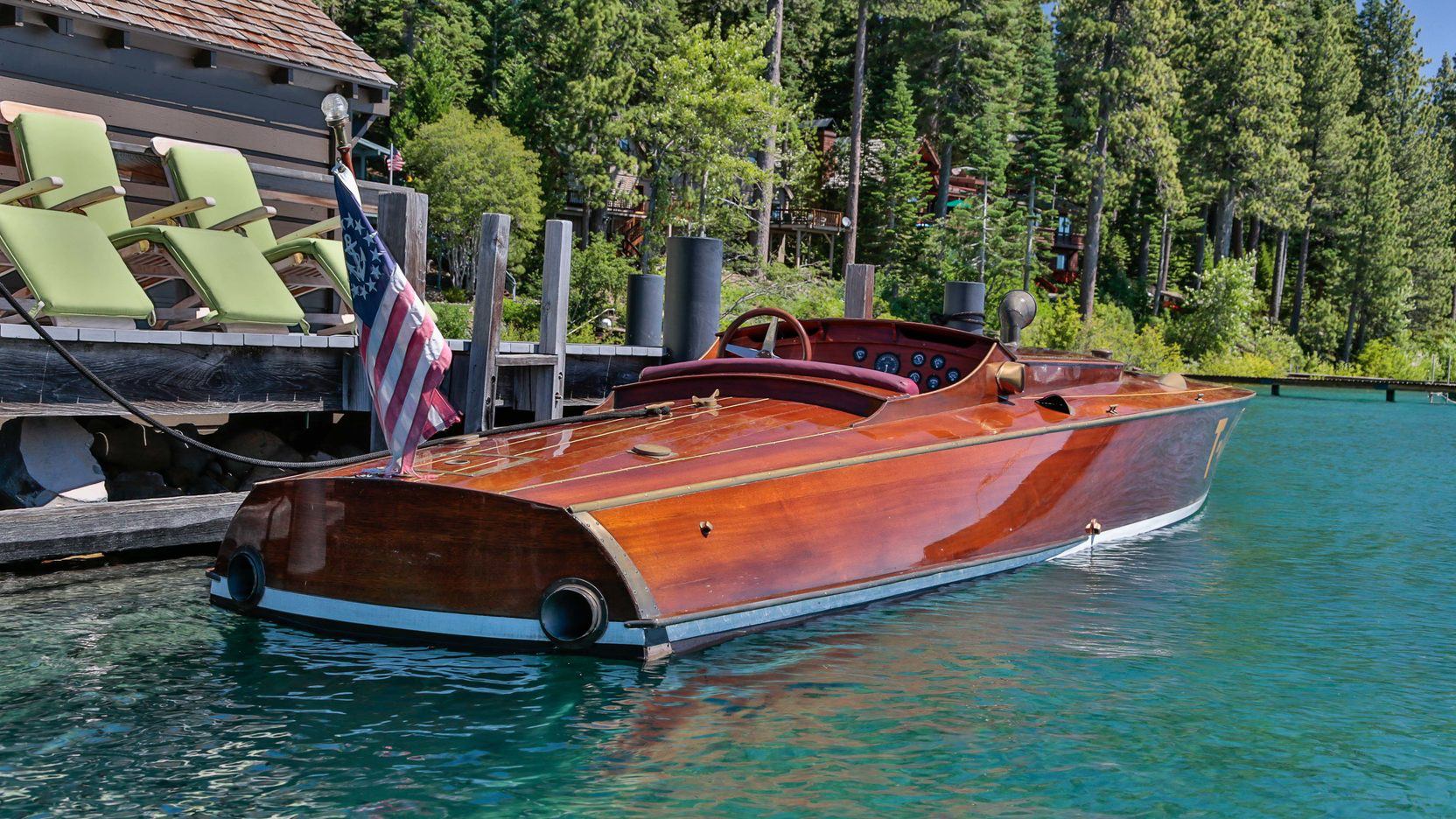 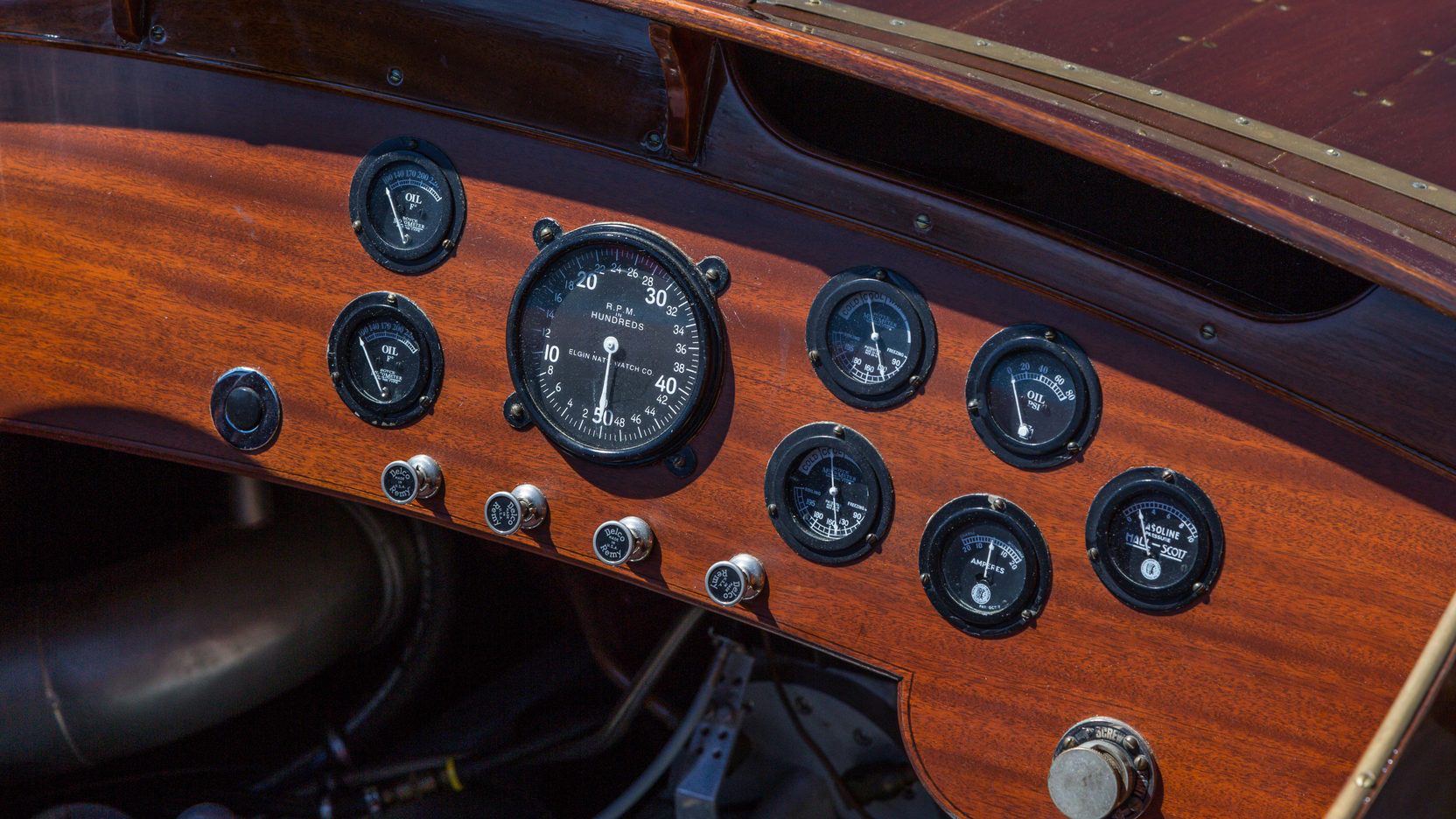