The day has finally come where we can see a “near-production” version of what will undoubtedly be a next level hypercar. I’m talking about the Aston Martin Valkyrie and at first glance, it’s almost hard to believe it will be a street legal road car, not an LMP1 race car like it appears to be. I didn’t think my excitement could get any higher than it was after leaked information gave us a brief glimpse at this next level hypercar, but I grossly underestimated how phenomenal the overall look of the Valkyrie would be.

When the video from a closed viewing was leaked last month, I wondered if that would potentially change Aston’s plans regarding the official release of the car. And it turns out that it did because it was originally supposed to be next year. But as you can see here, this is the closest it’s ever been to what the car might look like once customers start taking delivery of it.

Unfortunately, Aston didn’t release any specs about the car other than photos. However, they did confirm that most of the factual information leaked about the Valkyrie sounds like it actually represents what the finished product will have. We still don’t have the exact performance specs, but we do know it’ll feature a naturally aspirated V12 built by Cosworth and will produce approximately 1130hp. The curb weight is estimated to be around 2,270lbs which works out to be a better than a 1:1 power to weight ratio.

In my opinion, that’s not even the most impressive thing about the car. To me, it’s the absolutely bonkers aerodynamics of the Valkyrie that sets it apart from anything else. The most noticeable are at the rear where you can see two massive “holes” as I referred to them. It turns out they’re called Venturi tunnels and they run the entire length of the car surrounding the teardrop shaped passenger compartment. According to some reports, they’re so big that humans can actually fit under them. And not only do they look fantastic, they provide a tremendous service. They draw air to the massive rear diffuser which drastically helps with downforce, and maybe most importantly they make it so the Valkyrie doesn’t need a wing, or other aerodynamic devices, on the body itself. That keeps everything sleek and smooth and doesn’t “spoil the purity of the styling.”

Aston also confirmed a few things regarding the interior. It’ll have seating for two, and even though it appears to be quite cramped it was designed and built so that two “98th percentile” adults can fit comfortably. This was important because the chief designer, Marek Reichman, is 6 feet 4 inches tall and he wanted to be able to ride in the car comfortably. It was also confirmed that each customer will get 3D scanned so a custom seat can be made that will perfectly fit the contours of your body. And apparently, the driving position will be like that of a race car where your feet are much higher than they would be in a normal car. They also wanted to keep distractions to a minimum so all of the switchgear for the car is located on the steering wheel that resembles that of an F1 car. They also made it where the steering wheel can be removed which helps with entering and exiting the car, as well acts as an additional security device.

The screens located at each A-pillar will act as side mirrors which help the aerodynamics as well as weight reduction. Having the car be as lightweight as possible was something very important to Aston Martin and Red Bull Racing. For example, even the smallest things were addressed and analyzed to see if it was possible to somehow shed weight. And I do mean everything. For example, the badge on the front of the Valkyrie is 99.4% lighter than the one used on more traditional Aston models. They pulled this off by making it just 70 microns thick, or 30% the thickness of a human hair!

There is still so much we don’t know about the Valkyrie, and I wish I had more information about it. But I couldn’t pass up sharing these new photos with you because according to a report from Aston Martin, they are 95% complete with the exterior design. So with the exception of maybe a few small things here and there, this is what the production Valkyrie will be. And in my opinion, I firmly believe we are looking at the future of high-performance cars. 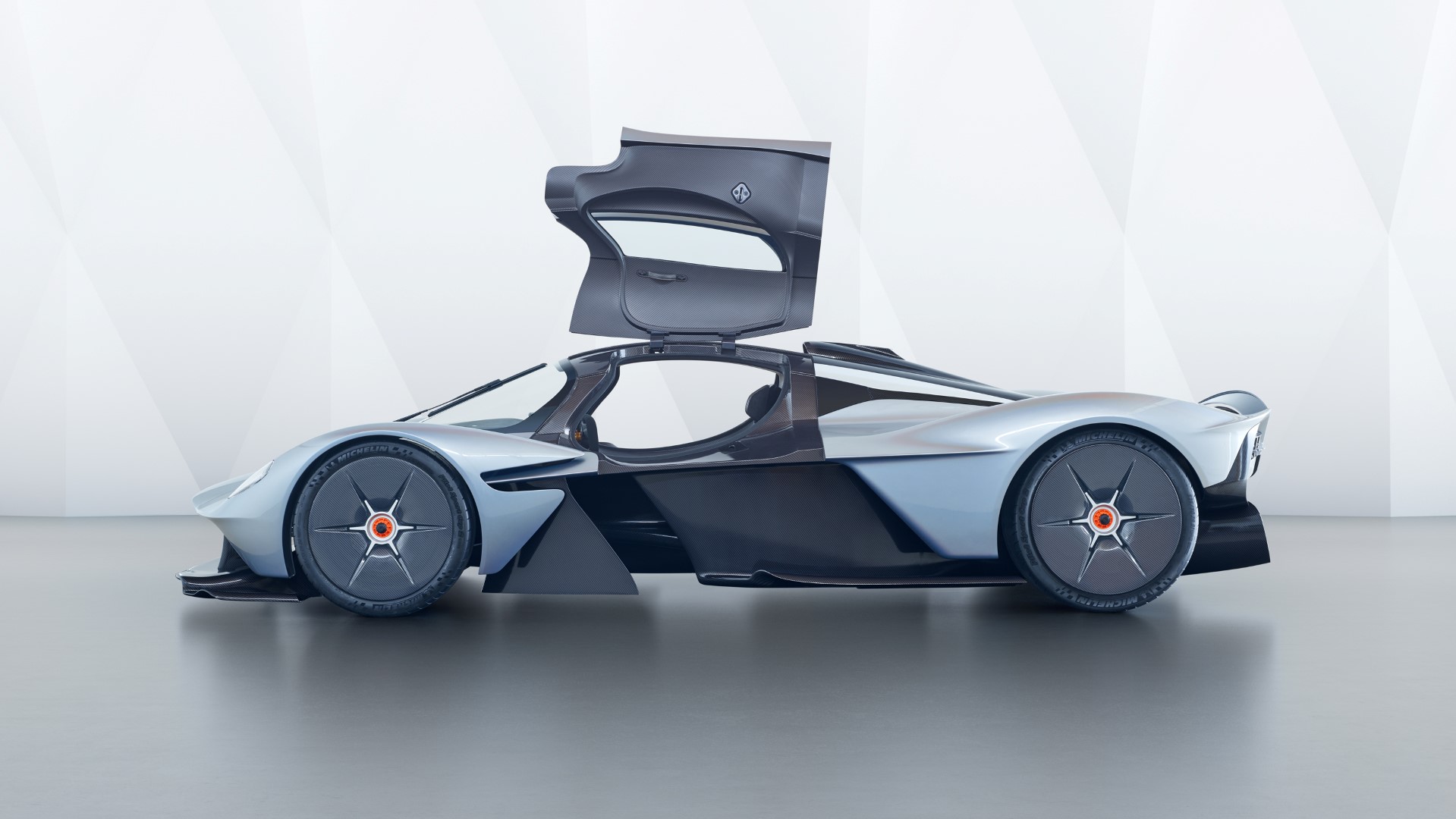 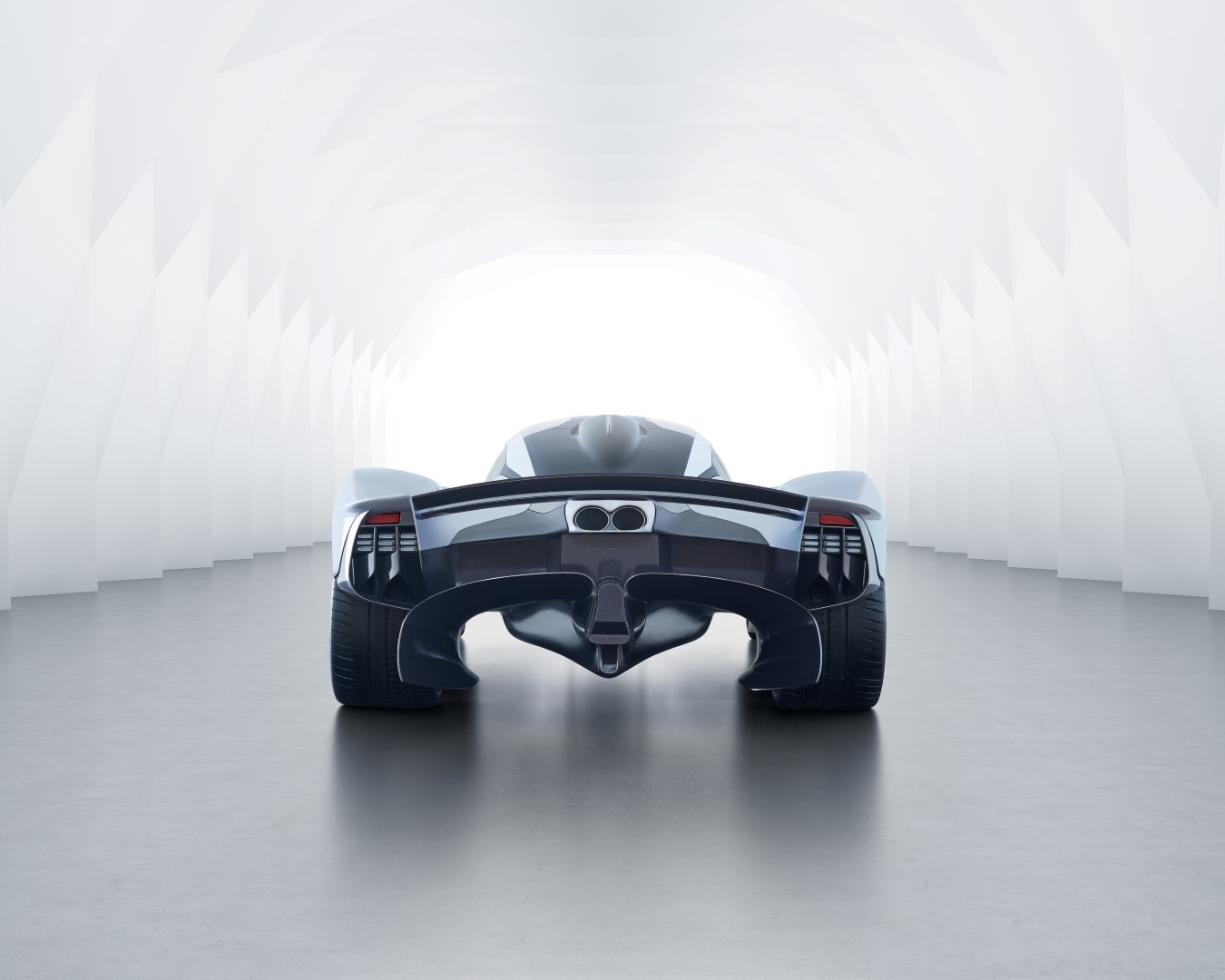 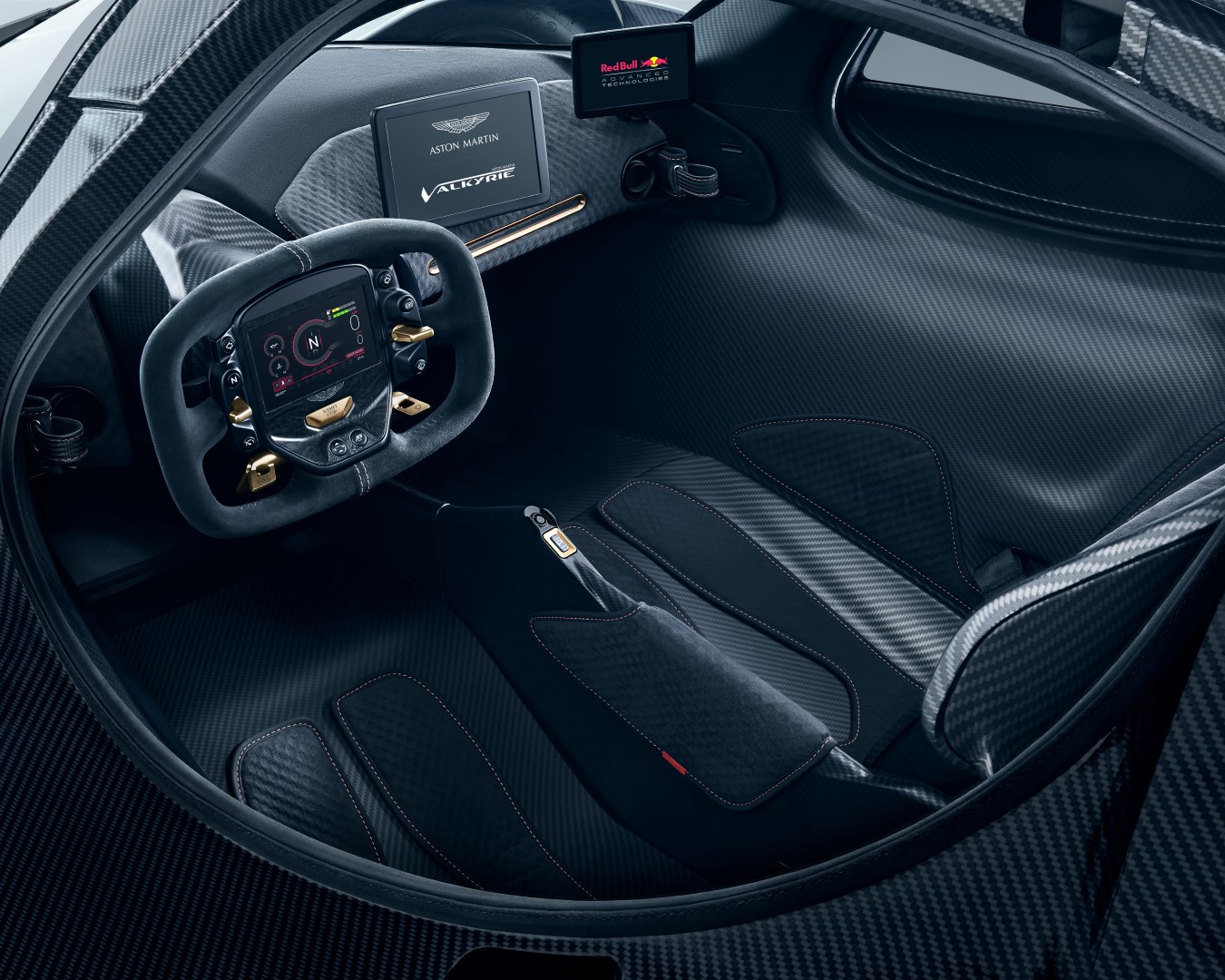 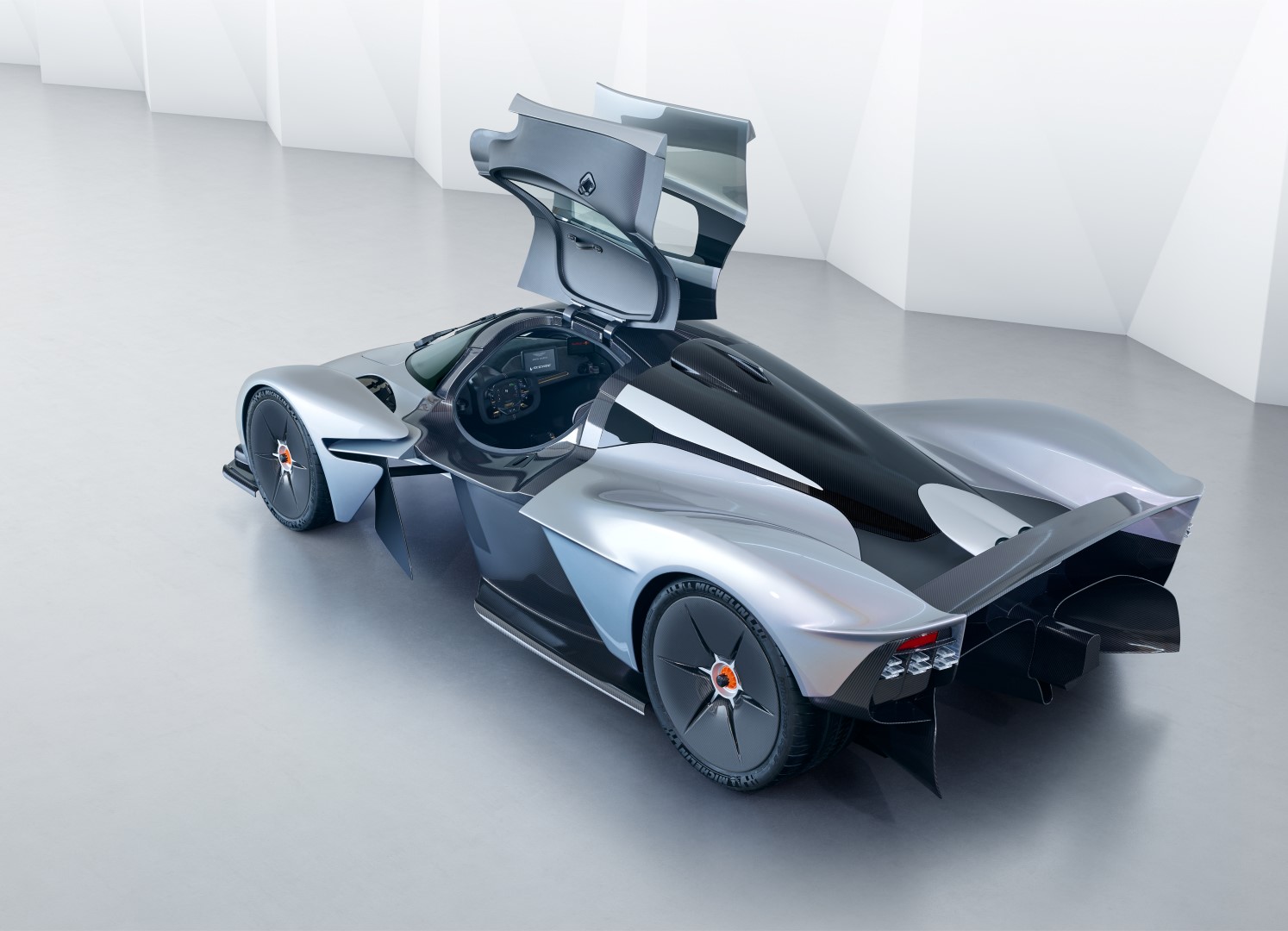 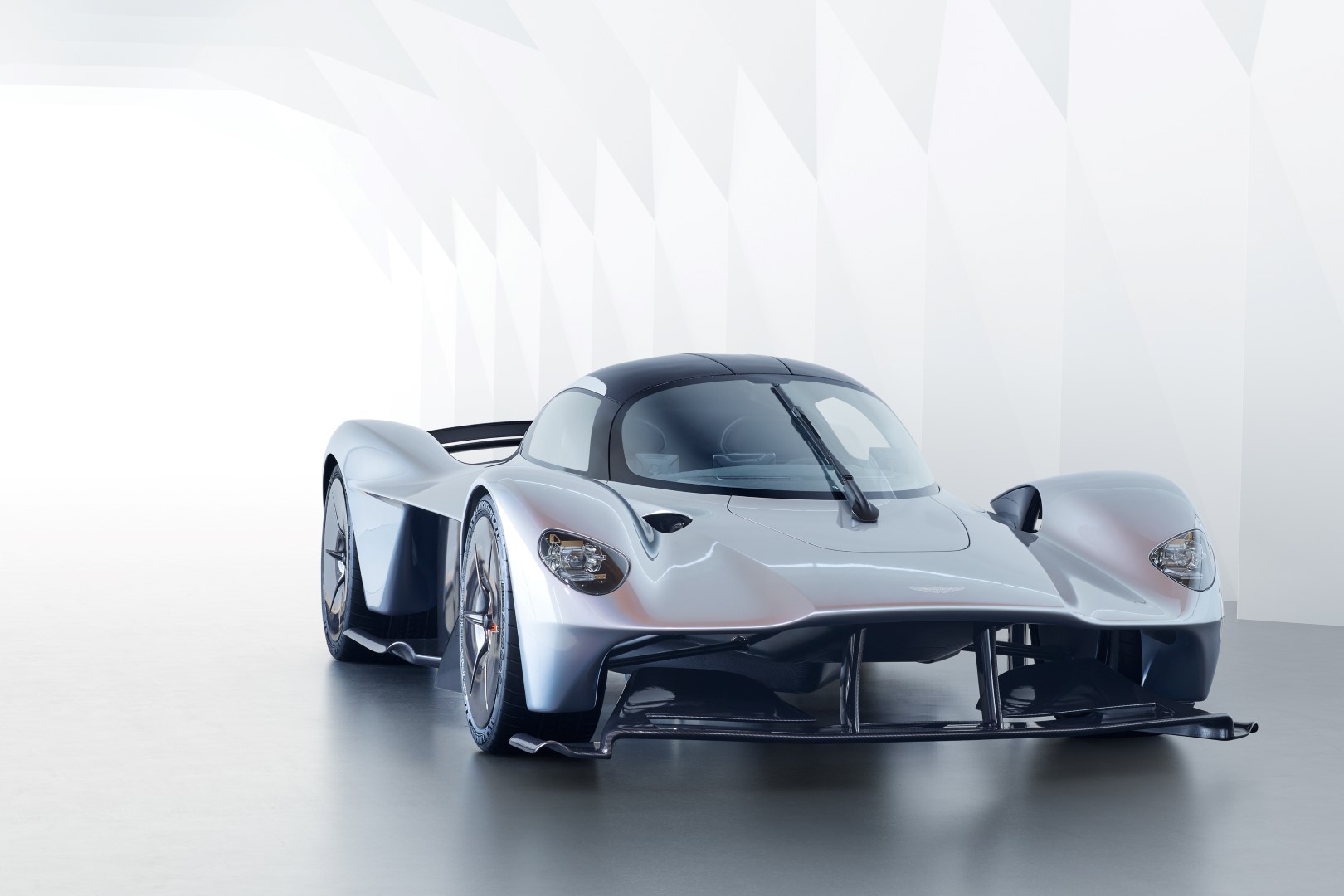 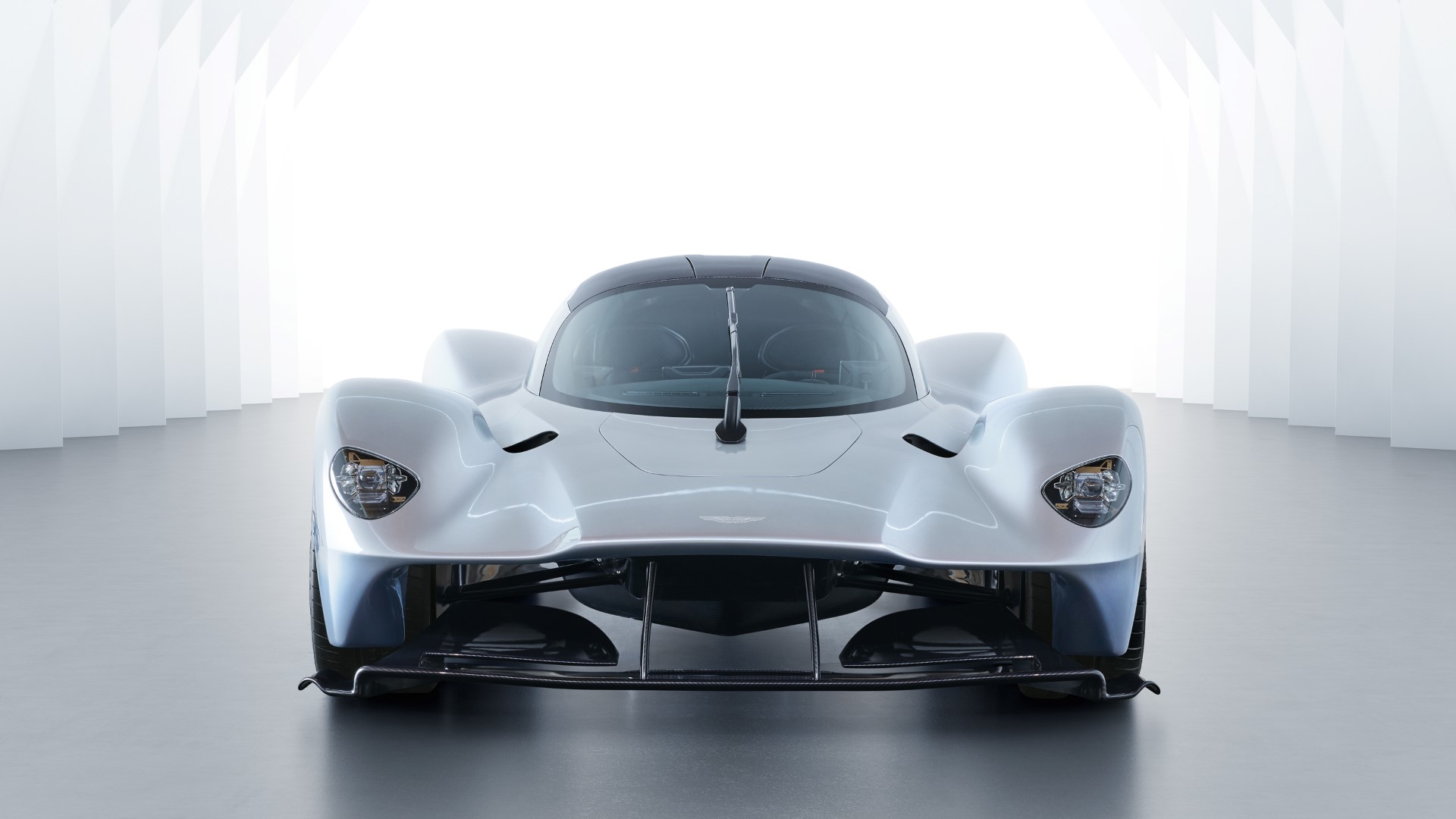 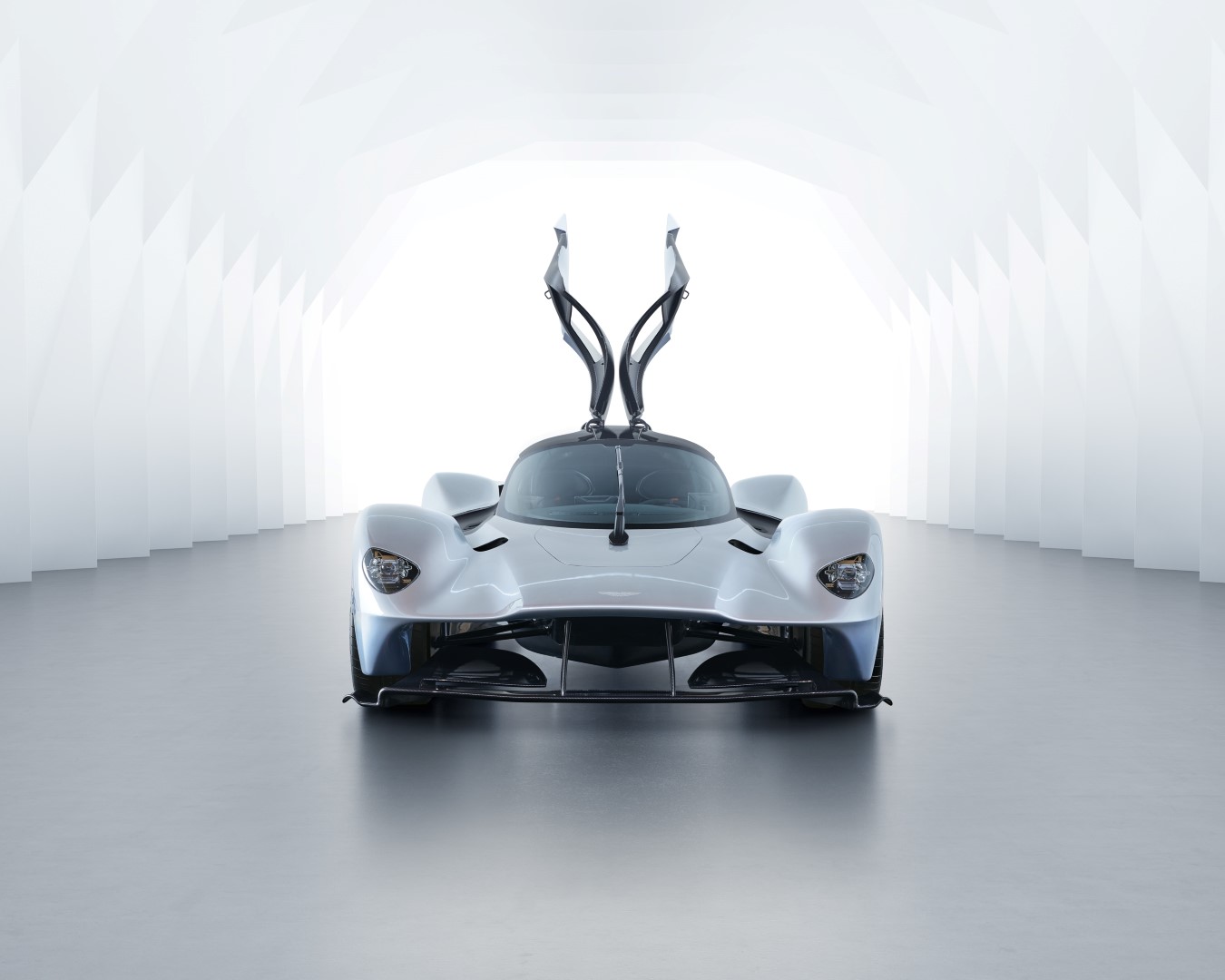 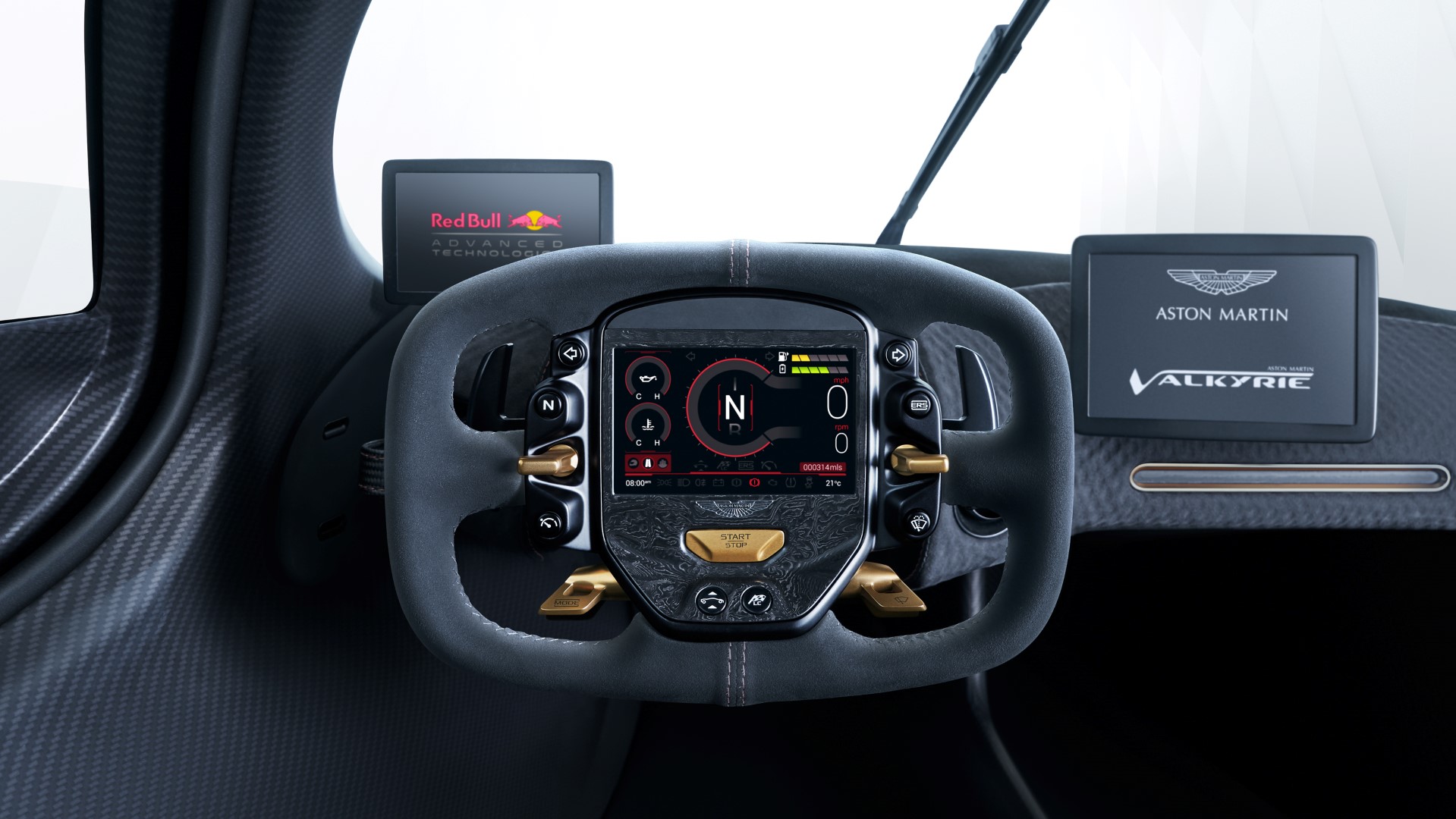 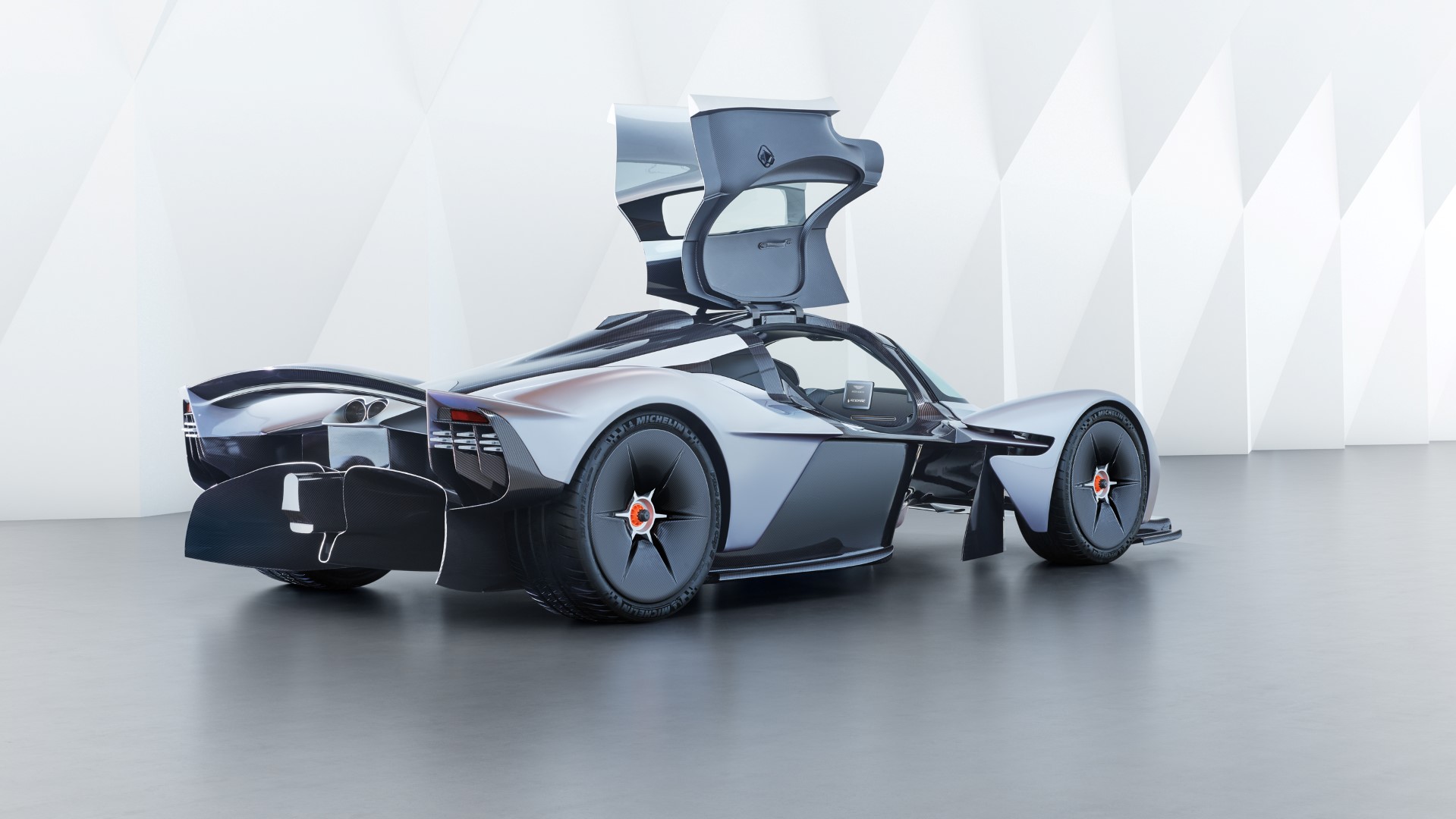 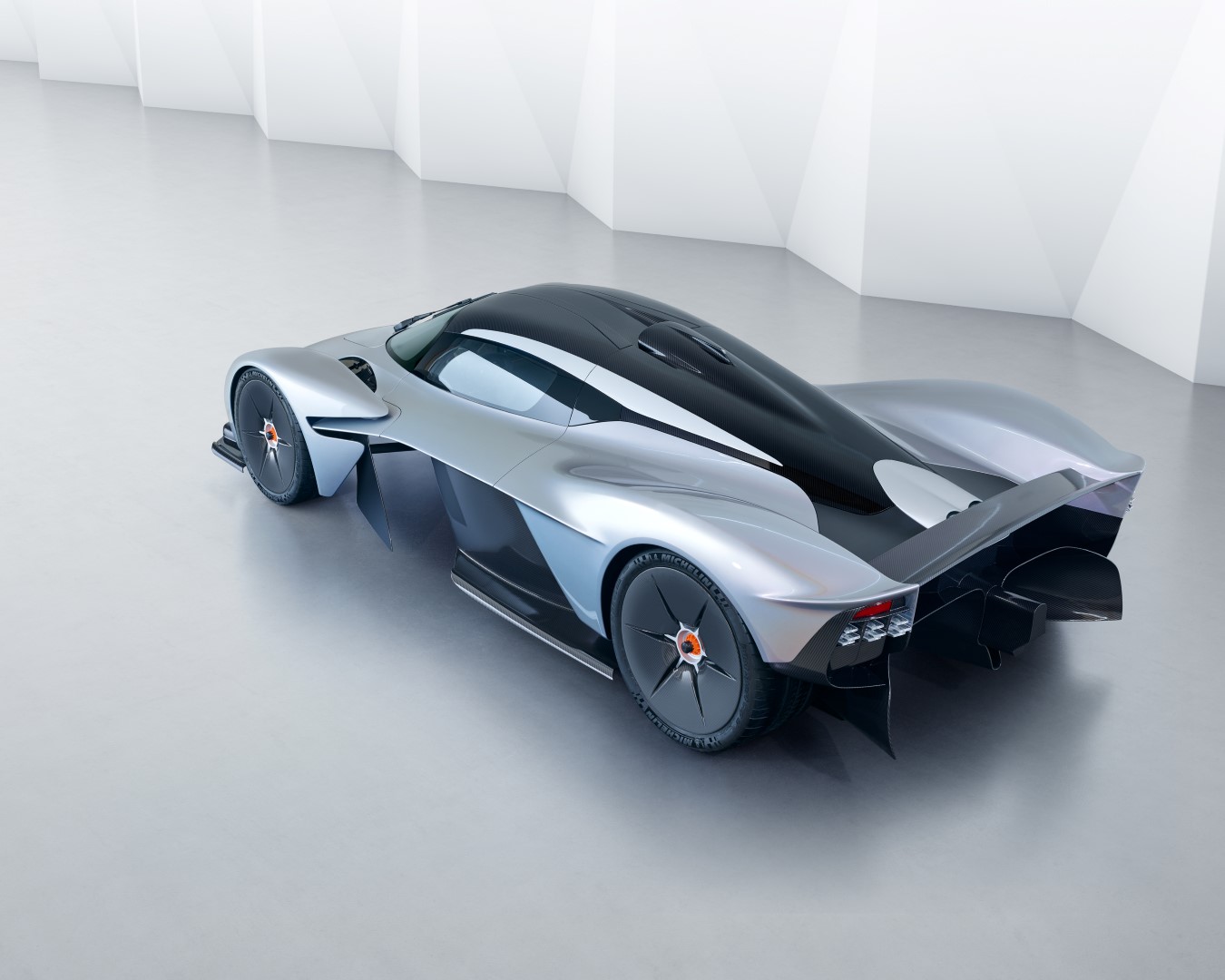 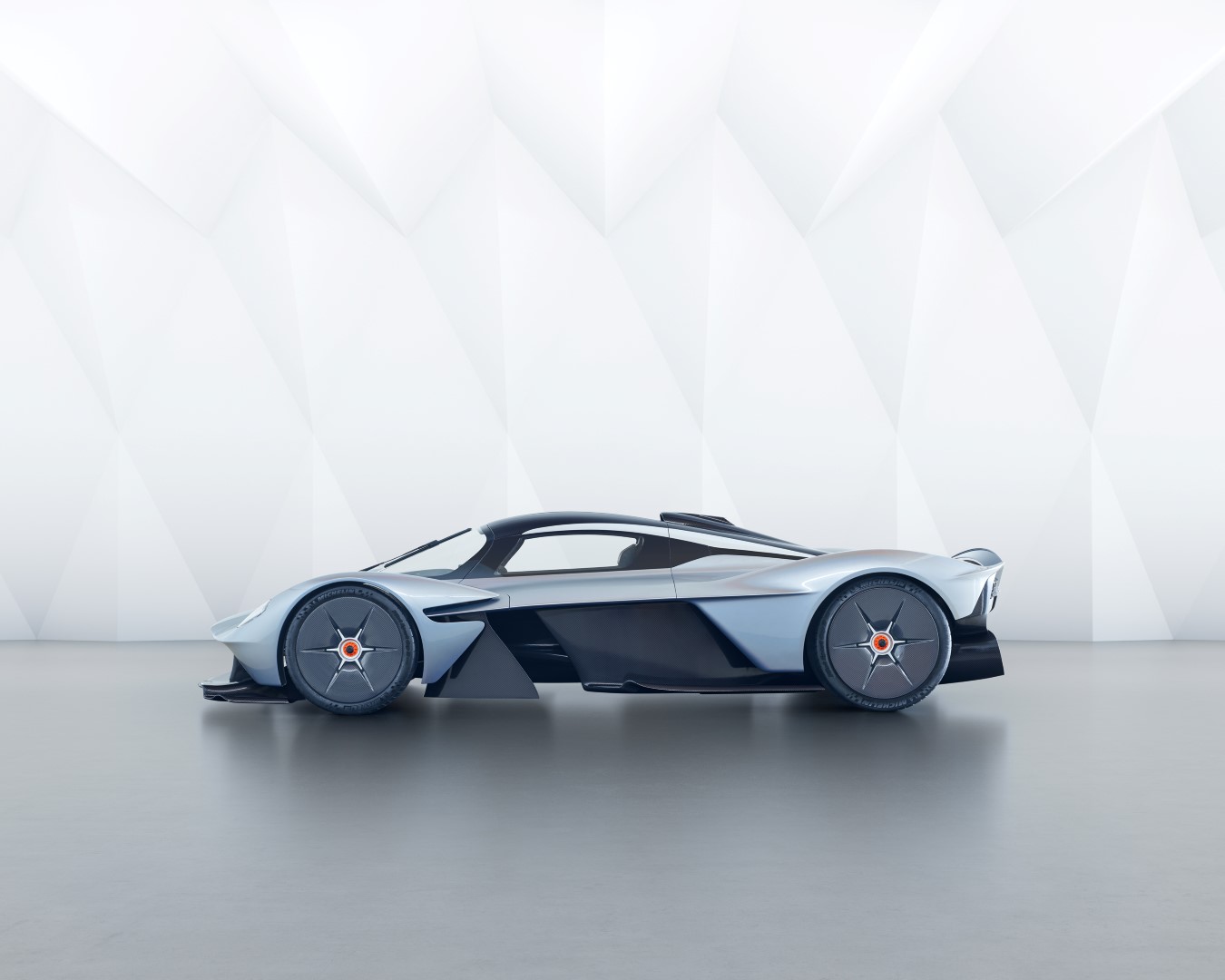 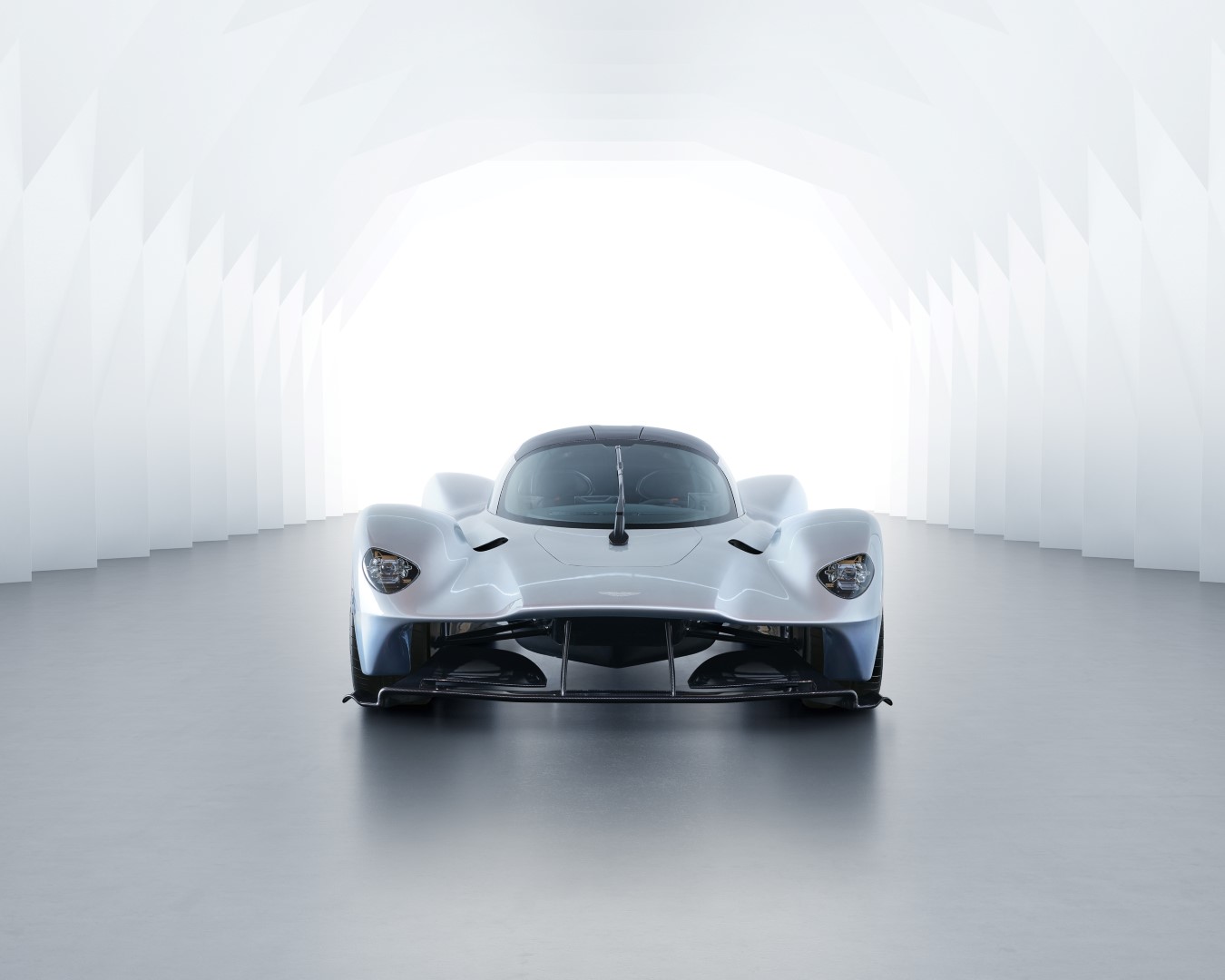