Remember the Gumpert Apollo? It was that Audi-powered German rocket that everyone was torn over. On one hand, it was fast, earning its place in the supercar world. On the other hand, it was considered by many to be hideous. And it was also called a Gumpert, a name that made editor’s skin crawl. Well, the newest version of the Apollo is here to right all those wrongs, except for the name that is.

It’s an unfortunate aspect of the auto industry, but the name matters. While the car won over its detractors, in the end, the name still made their face crumple like they sucked on a lemon. If that wasn’t bad enough, the styling was a direct hit or miss, further stacking the cards against the Apollo. I never had a problem with the styling, and frankly it could be called way worse than a ‘Gumpert,’ all I care about is how fast it is. And in that regard, the Apollo was near the top of its class.

Now, Roland Gumpert is no longer associated with the brand, with a new holding firm in Hong Kong owning the rights to the aptly named Apollo Automobil Company. With Gumpert out of the way, Apollo was now able to rise to new heights, producing a track only car named the ‘Intensa Emozione.’ Still trying to figure out why a German-born, now Chinese owned company is giving its cars Italian names… At this point, I liked ‘Gumpert’ better. Maybe that’s just me? But I digress. The name stands for ‘Intense Emotion,’ a foreshadow of how nutty the Intensa Emozione is supposed to be.

The Intensa Emozione is a massive leap forward for Apollo, taking the platform to all new levels. The chassis is made entirely of carbon fiber, replacing the tubular steel chassis of years past. Now they claim the entire chassis weighs just 231lbs which is quite incredible. That allowed Apollo to create an entire supercar that weighs just 2755lbs. Even the body is spun in carbon, which apparently comes from the same supplier that Pagani uses. It’s all about who you know in the Supercar world.

Where the Intensa Emozione gets really radical is in the aerodynamics department. When moving at full clip, that complex angular body generates more downforce than the car weighs, a subtle 2975lbs of force at 186mph. You know what that means? Upsidedown driving! While no one has been brave enough to attempt it, the theory suggests at 186mph and above a car with this much downforce could drive upside down and it would stick to the surface like a spider. No one has done it yet, but I’d love to see the Intensa Emozione be the first one.

Powering the Intensa Emozione is a lustrous 6.3-liter V12, and that’s it. No electric motors, no hybrid system, just an engine producing an abundance of power. The V12 cranks out a grand total of 769hp with 560lb-ft of torque, all within a 9,000RPM redline. Apollo refuses to admit who they sourced the V12 from, buuuut it may have something to do with that Italian ‘Intensa Emozione’ name. Hint, hint. Even with the manufacturer un-named, Apollo assures us the Intensa Emozione will rocket to 60 in just 2.7-seconds, with a grand finale coming at 208mph. This is no doubt thanks to a 6-speed Hewland pneumatic racing dog-ring gearbox, the best kind of transmission. You ever watch a race series where the cars snap, pop, and snarl with every shift? It’s all thanks to transmissions like this.

The Intensa Emozione will not be your everyman’s track car. In fact, it’s meant to be a sort of publicity stunt, with only 10 total cars being built. And it has totally worked, as everyone is currently drooling over this insane creation. At $2,718,255 per car, the Intensa Emozione isn’t cheap. But between its radical styling, and V12 performance it is exactly what the supercar market needs right now. Once Apollo sells all 10 of these bespoke models, they plan to offer a cheaper(ish) street version in a higher capacity. I’d be curious what that looks like, but for now, I’ll gladly keep drooling over the Intensa Emozione. 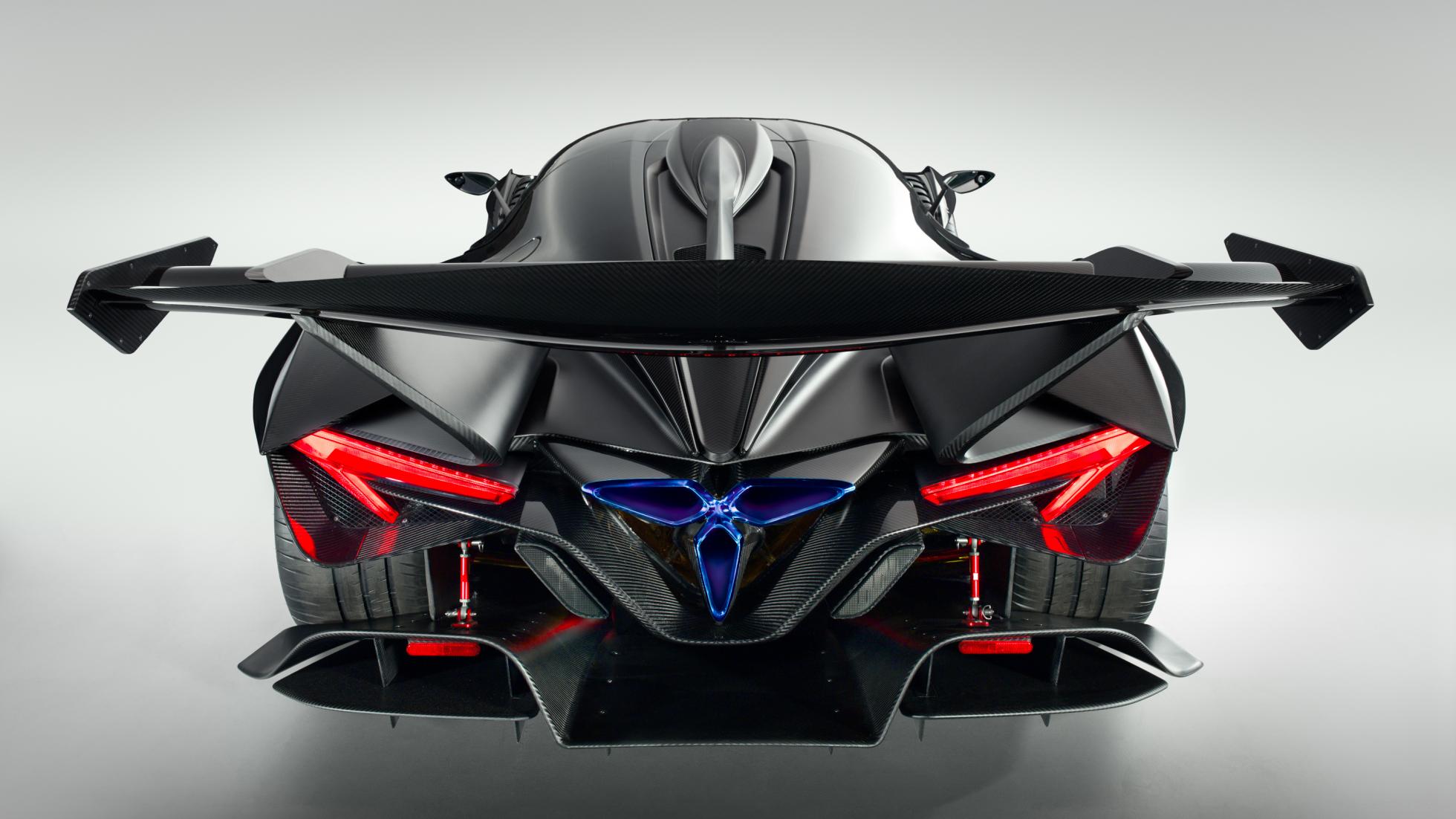 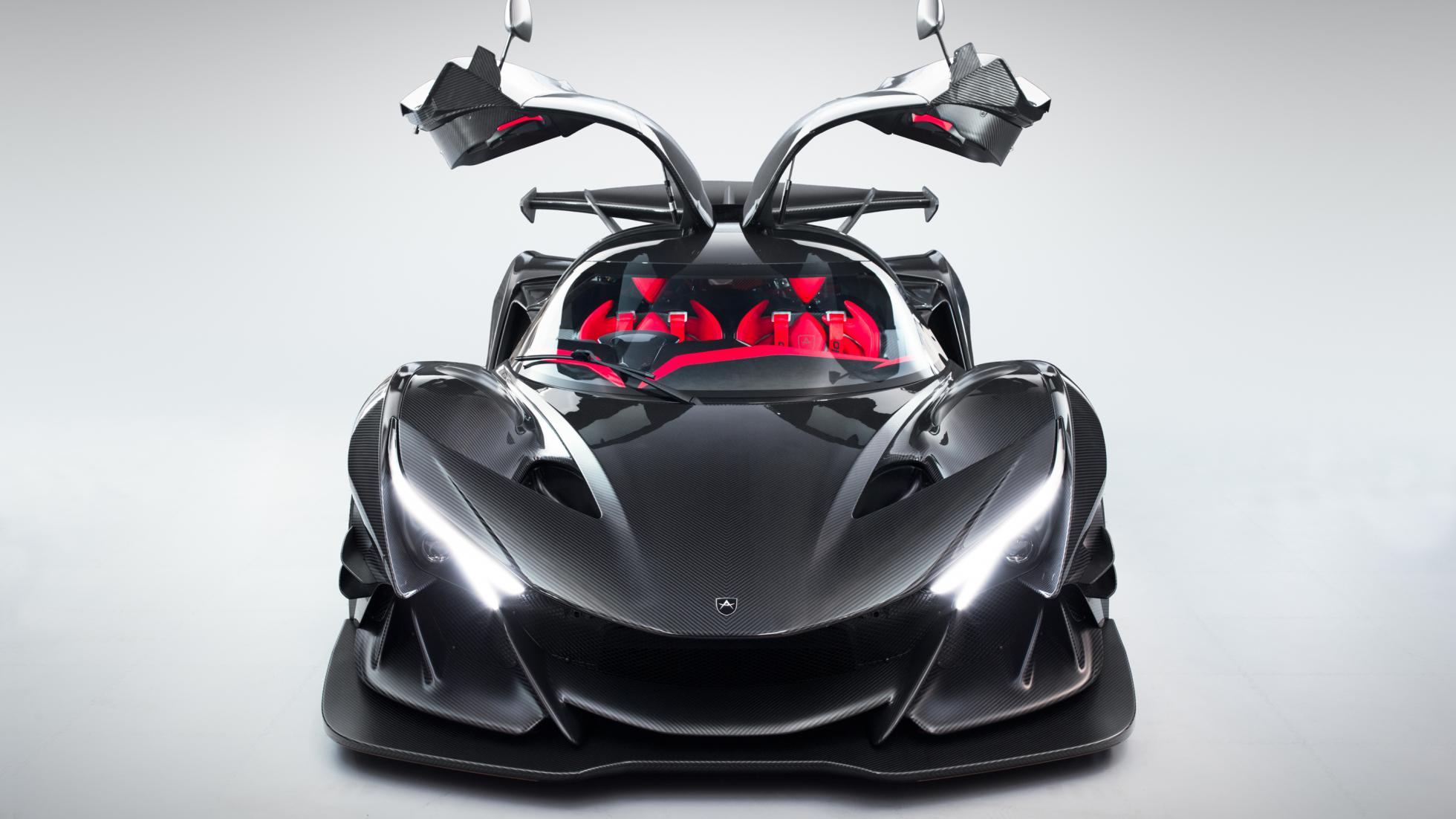 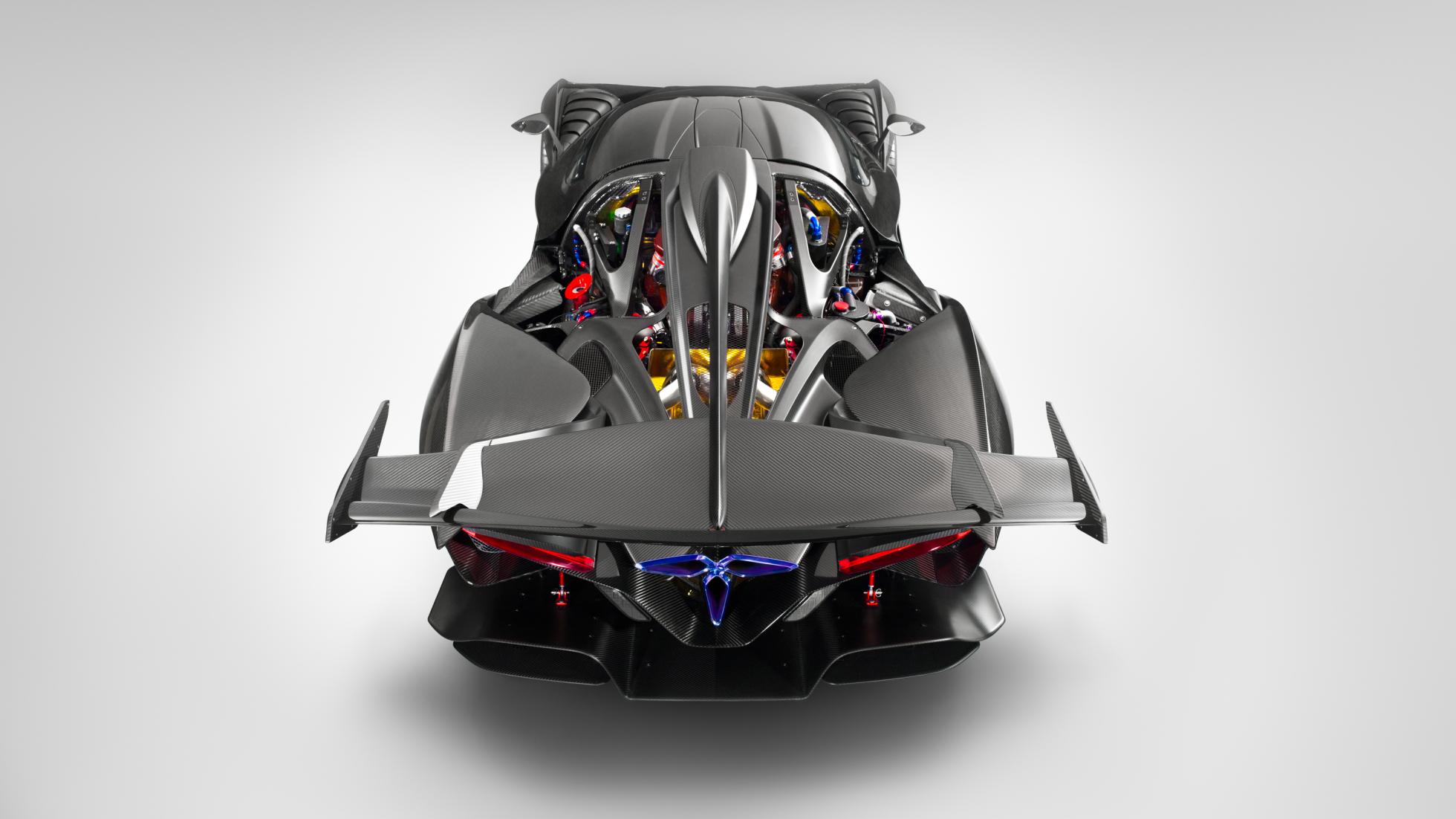 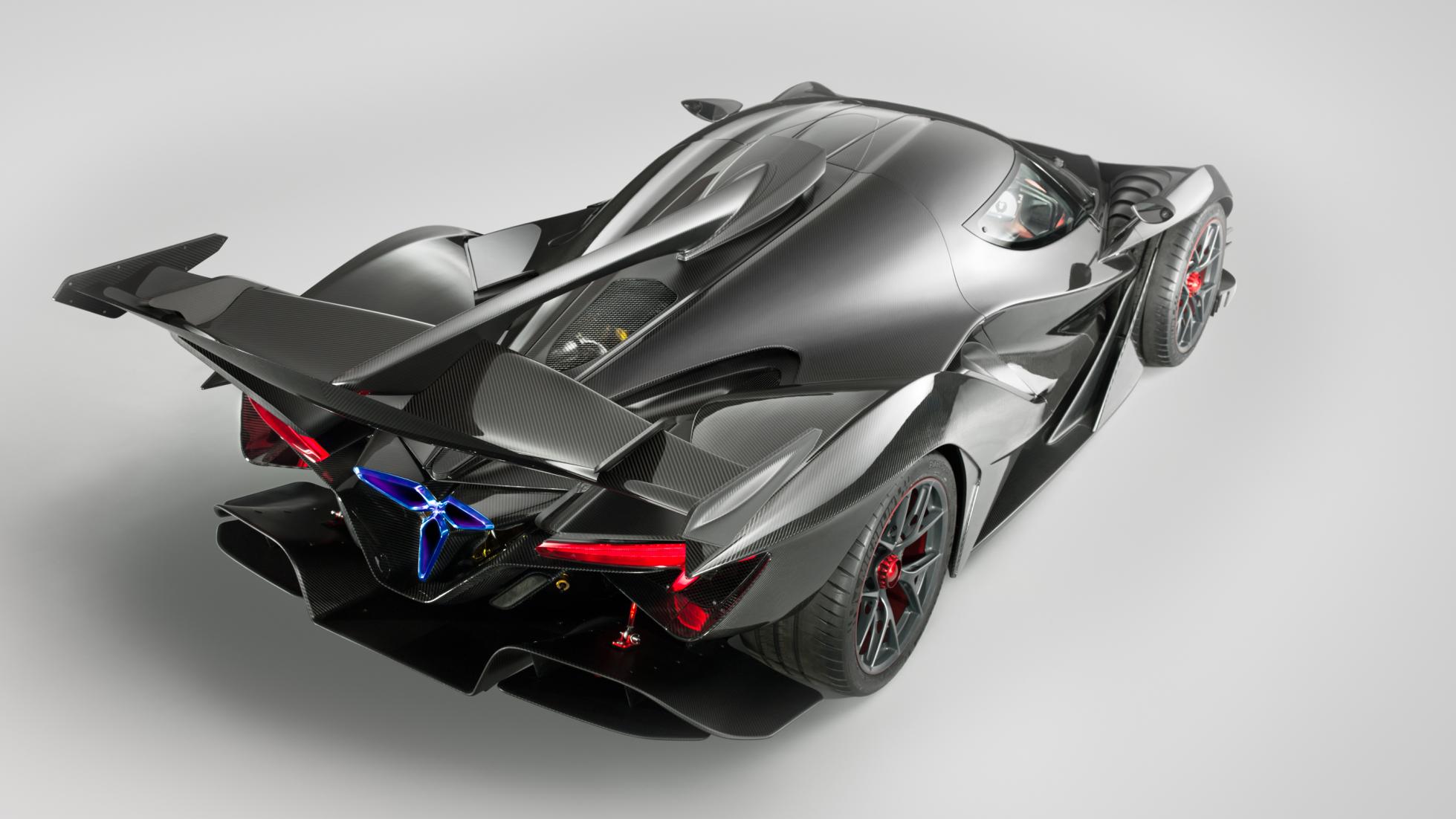 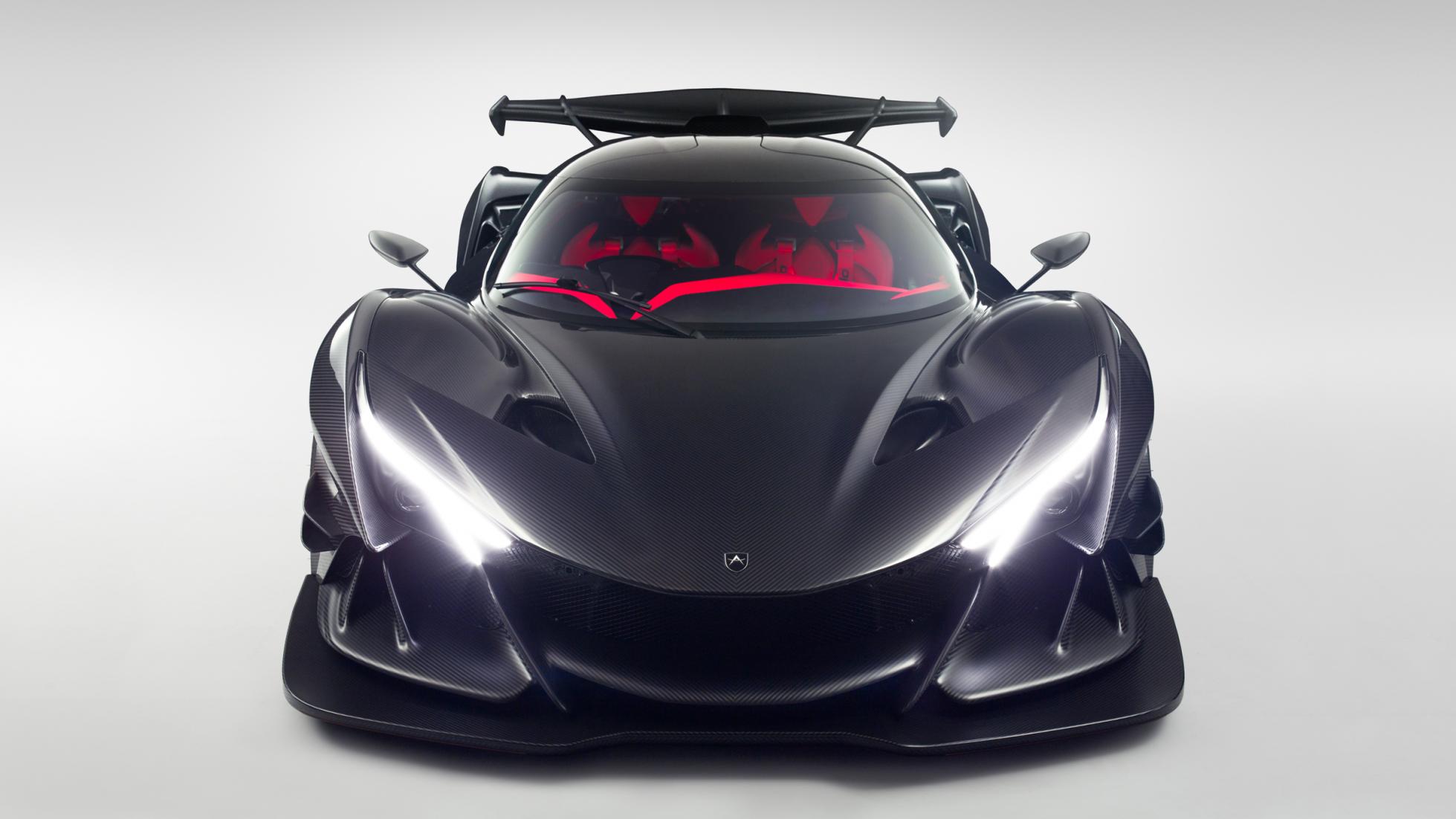