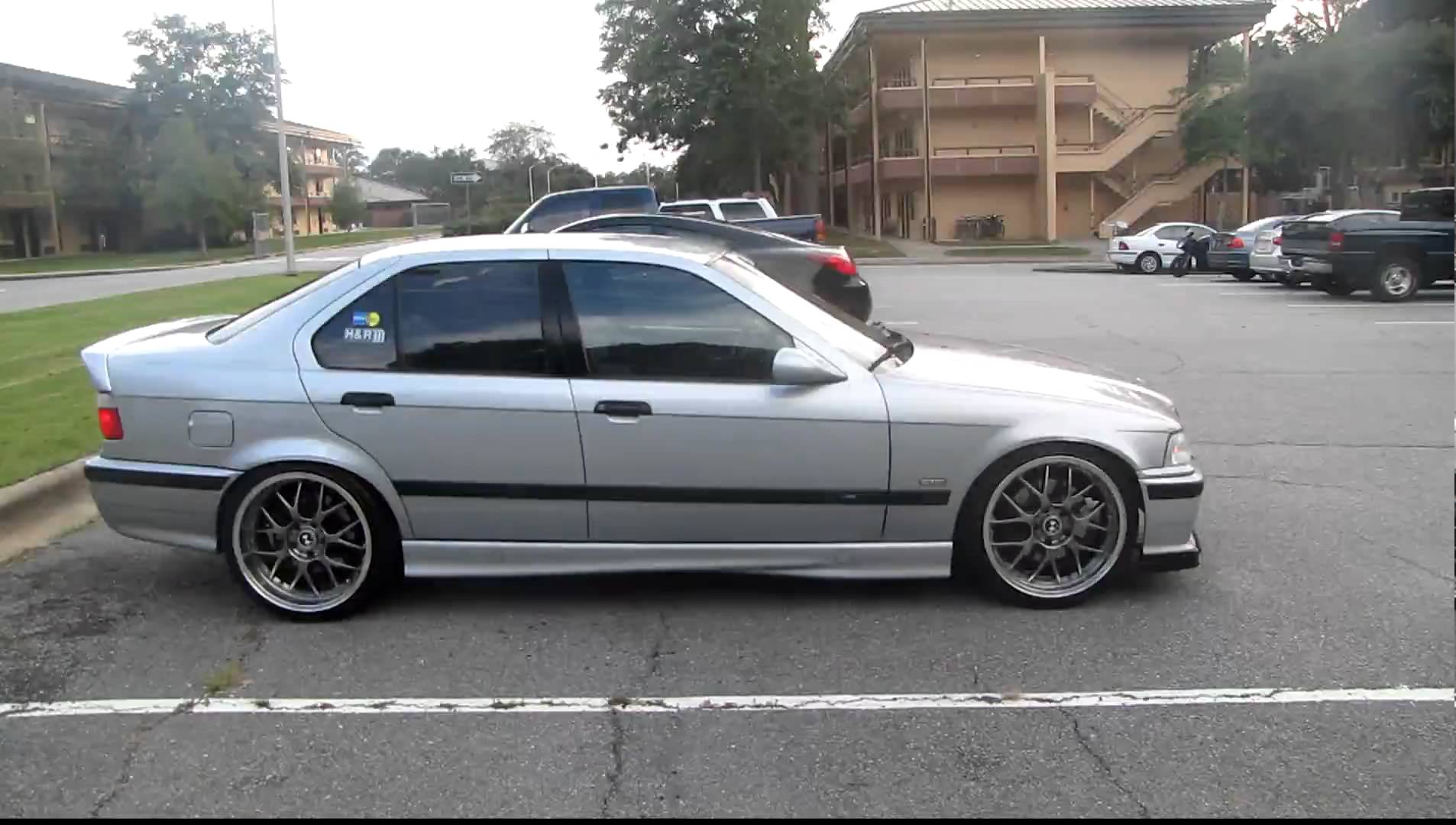 The 1997 E36 M3 is a car that I will forever hold dear to my heart. Car and Driver dubbed “The best handling car at any price” in 1997 beating out the titans like Ferrari, Porsche and Corvette and after driving even one time you knew how Car and Driver could come to that conclusion. 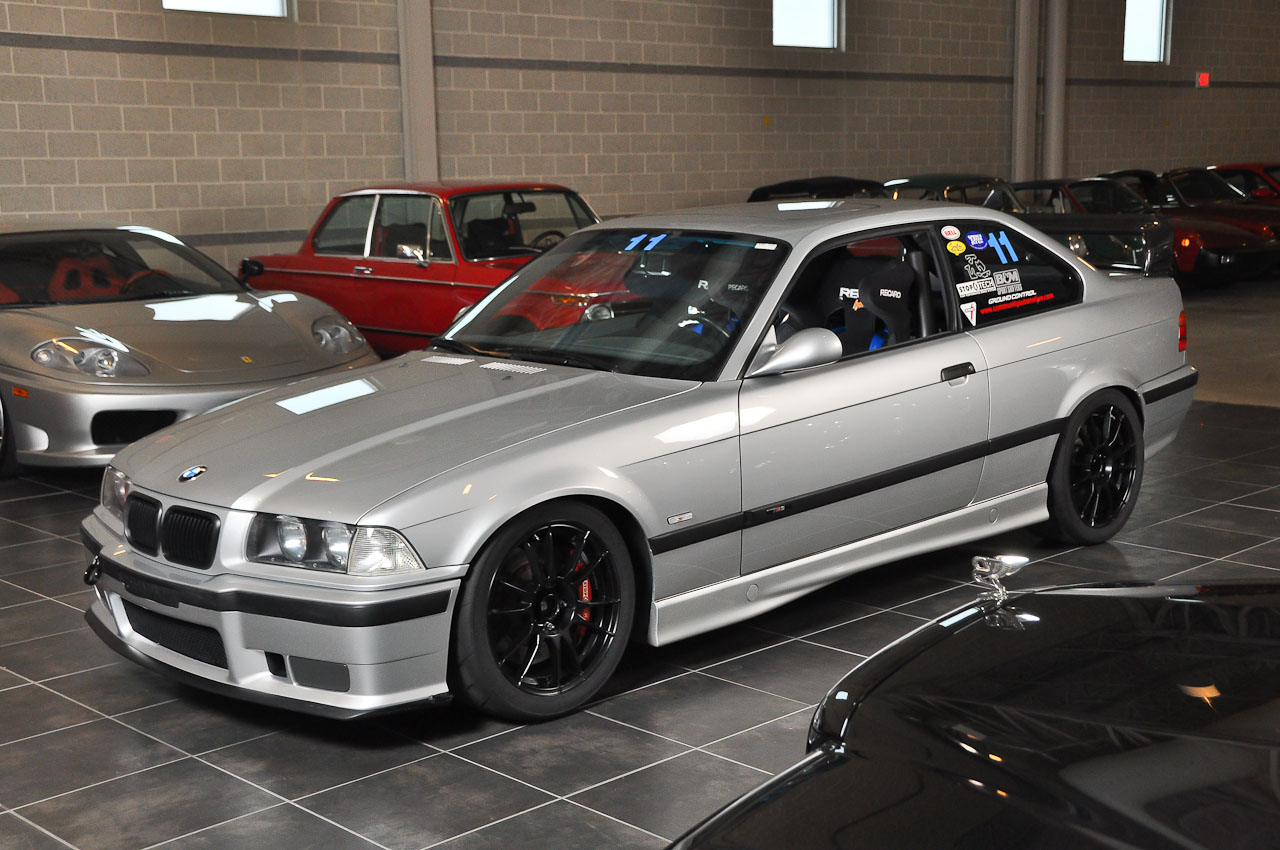 I’ll never forget the sensation of siting behind that 3 spoke steering wheel, they way the seats seemed to wrap around your sides gave you an idea that this car meant business in the corners. The clutch peddle a little stiff at first but then soft towards the end, the perfectly machined feeling of sliding the gear leaver into first gear. The immediate throttle response and the clean and smooth sound of that naturally aspirated 3.2L Inline 6 cylinder engine is actual music to the ears ( No need to artificially pump it through the speakers, Shame BMW Shame). As you pull away you push the clutch in again to go to second, click click it slides into second almost like bolt action rifle type feeling, really smooth. 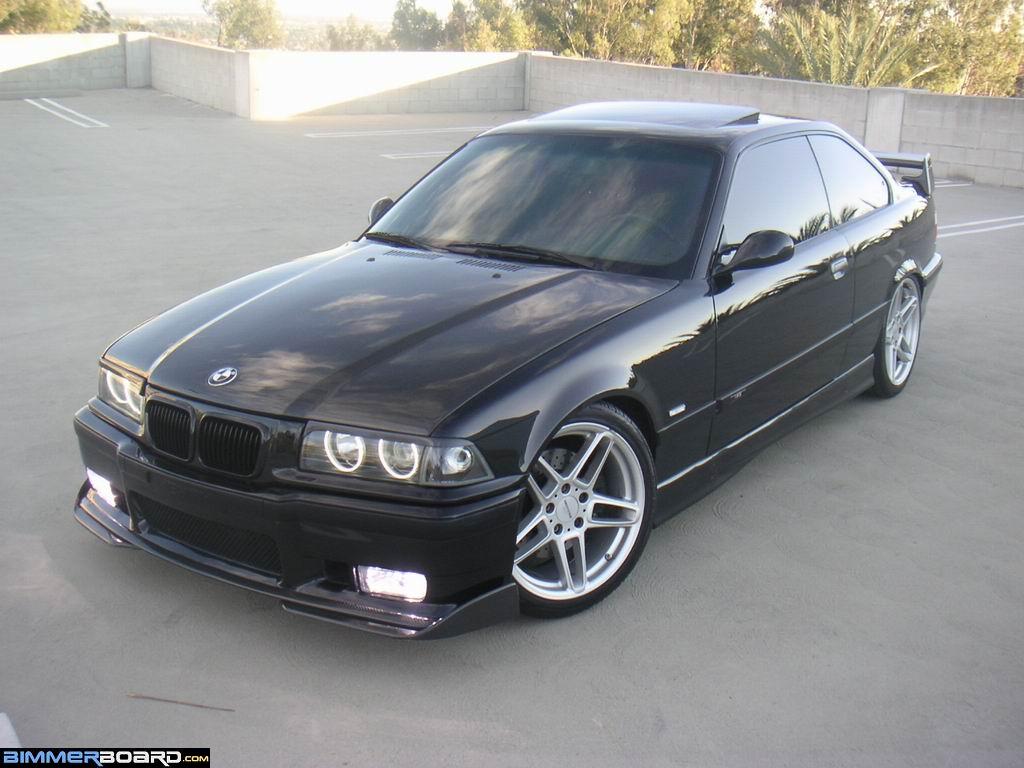 We proceed to drive towards what we called the ” Canyon Cruise” where if I might add is what this car was born to do. I approach the first turn at close to 60mph even though 20mph was the recommended speed and the car didn’t even flinch. I was taking it easy because it was one of my best friends car but it was painfully obvious that the car hadn’t even begun to break a sweat. The Steering on this car is so precise and you have so much feedback from the road that when you hear the phrase ” it takes turns like your on rails” that might be the perfect description for what this car feels like. I felt as if it was my moral obligation to the car to at least get it up over 90 on a couple turns just to I could warm up the tires a little bit, knowing of course that I still wasn’t coming close to breaking a sweat in this incredible machine .

Now, I had my girlfriend at the time with me and I didn’t want to scare her or have her narc on me to my buddy. After seeing me have the time of my life and a look on my face that she only saw in very specific situations, she knew that she had to try it too. I like to think that I,m a great driver. I was taught by my dad who was an instructor of evasive vehicle operations for police officers so I am very comfortable behind the wheel. She was not, of course, but was still a decent driver and so I pull over and jump out, I turn and watch this beautiful little woman jump in this gorgeous car I thought to myself ” that’s the dream my friend, that’s the dream”. So she jumps in the car and even though she had no interest in cars or that type of thing she also had a grin from ear to ear as we moseyed on down the canyon at regular speeds spouting off things like “this is so nice and it drives so well. I feel like I barely even have to turn.” Which says a lot for someone that doesn’t already worship cars, M series cars specifically, to give such high praise to the car. 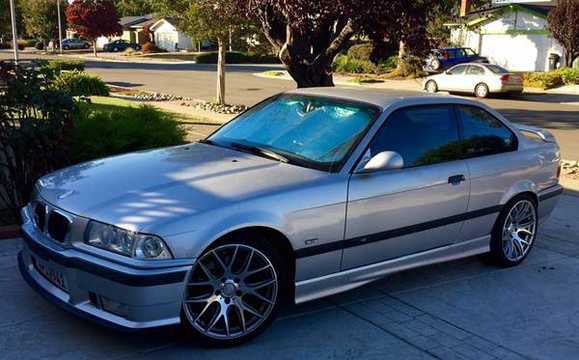 Even though it ‘only’ came with a 240Hp inline 6 with a few small tweaks you could get that closer to 300 fairly easily. This particular car I drove had a few Dinan aftermarket parts on it, I know it had the Dinan intake, a Dinan exhaust system, 18″ BBS wheels, and a few other goodies. Once all was said and done, it was pushing that 280-300hp mark and it was amazing. Now this was at least 15 years ago so things have obviously changed in the BMW lineup. The new 2016 340I is pushing out close to 320HP and the M3 is over 425HP. But your also gonna be paying $35K to 60K for those but you could pick up a used E36 M3 for probably less then $10K and I promise you that it will provide just as many smiles and good times as the new ones would. Now don’t get me wrong, if its within your means to get the new 2016 M3 or M4 then its a no brainer. But for the rest of us the E36 M3 is a perfect compromise.

Here is a basic video giving you an idea about the car. Unfortunately I couldn’t find a video about the Car and Driver 1997 article.