The year was 1977. Star Wars was on its way into the history books after its big screen debut. The Soviet Union was still well within its operation and the Berlin wall still stood. But most of all it marked the entry of Williams into Formula 1. A lot of things can happen over the span of 40 years.

Frank Williams was a former racing driver set on building a team to compete at the top tier of racing, Formula 1. Although his first two attempts were massive flops he eventually paired up with Patrick Head and started the Williams team we know to this day. Their first race was the Spanish Grand Prix of 1977, and their first win came just two years later at the 1979 British Grand Prix. Since then Williams has become one of Formula 1’s most successful teams, beaten only by Ferrari for total constructors championships.

Through humble beginnings, Williams has expanded from just 17 employees to an eye-watering 600 people on staff. They went from unknown to being a serious powerhouse in the F1 world. They became a team that gave some of the world’s best talent a place to prove themselves. It was with Williams that Ayrton Senna had his first F1 test back in 1983. Also with Williams that Nigel Mansell won his one and only championship in 92. Even last year’s champion Nico Rosberg was with Williams earlier on in his career.

It’s only fitting that Williams celebrated such a milestone with more than a Facebook post and a quip about the next 40. Instead, Williams elected to hold a one-day event at Silverstone where they would show off their 40 years of innovation to 50,000 adoring fans. Not only were the majority of their F1 cars there, They were able to bring along a lot of their drivers as well. This meant Nico Rosberg and his father Keke, Damon Hill, Nigel Mansell, Pastor Maldonado, Lance Stroll and Felipe Massa were all in attendance for the historic event.

Williams brought out the big guns for the event, showcasing the cars that have stirred our souls for the past 4 decades. This meant the original 761/7 was in attendance as well. If that weren’t enough Williams brought the lot, showcasing everything from their first FW chassis to the current machines we see running around the track today. Yet it was definitely one particular car that stole the show, the FW14B.

The FW14B is to this day a technical marvel. The FW14B featured an active suspension system that allowed gave the car perfect balance through any situation, manually controlling the ride height and dampening through a series of sensors and hydraulic system. At the time of its inception, Williams was the only one using this technology, resulting in utter domination for the 1992 season. Finally banned in 1994, the active suspension found on the FW14B became that of legend, a relic of the what used to be. Up until a couple of days ago the FW14B had not seen any action on a track in some time. To the delight of the 50,000 fans, the mighty V-10 Renault powered Williams got one more moment in the spotlight as it ran laps around the Silverstone Circuit for the first time in 25 years.

You may not have been able to see it, or who knows, maybe you did. Either way, you can relive it through some pictures taken throughout the spectacular event. 40 years in the top tier of racing is a pretty good run, thankfully they don’t look like they are slowing down anytime soon. 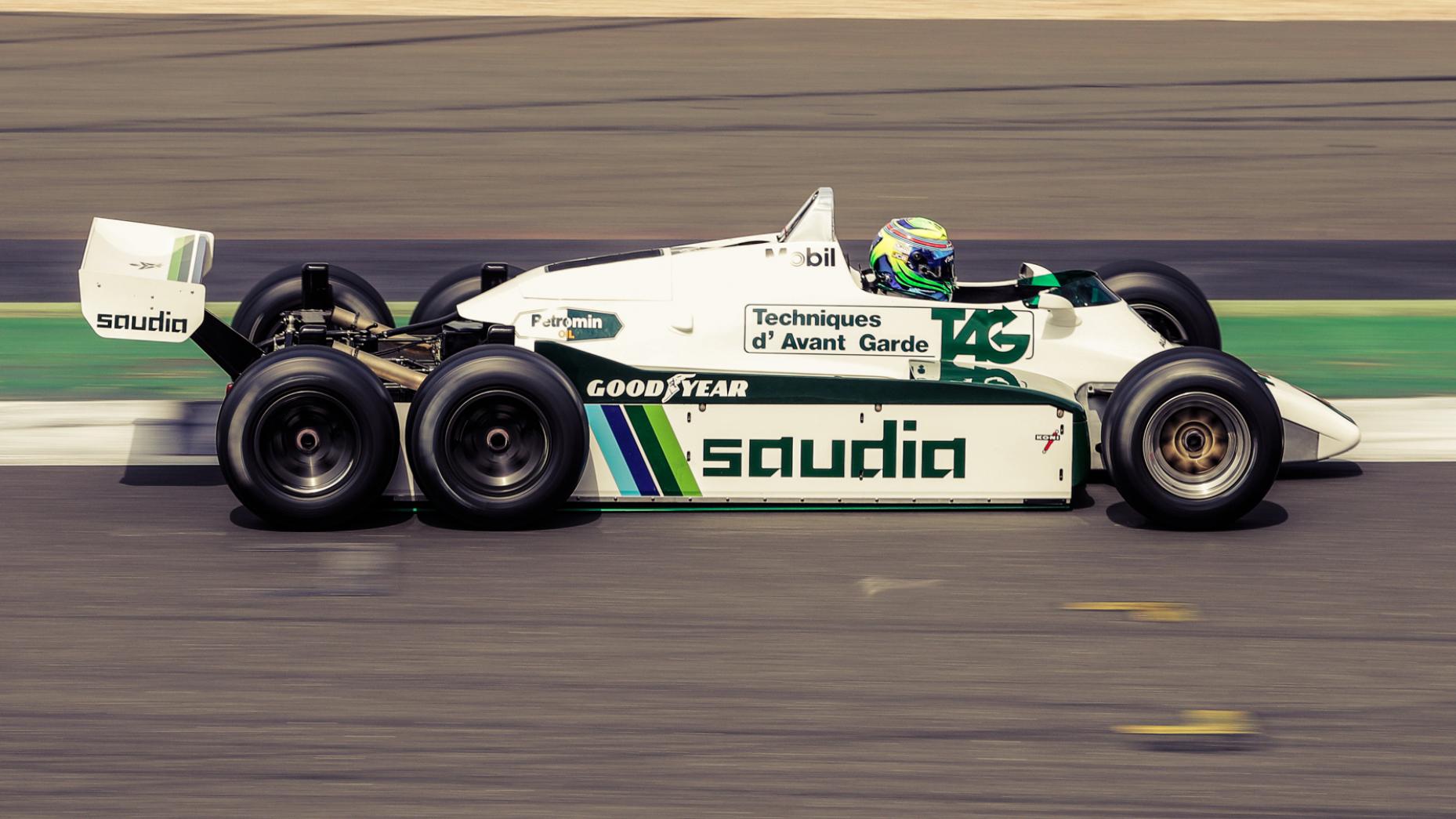 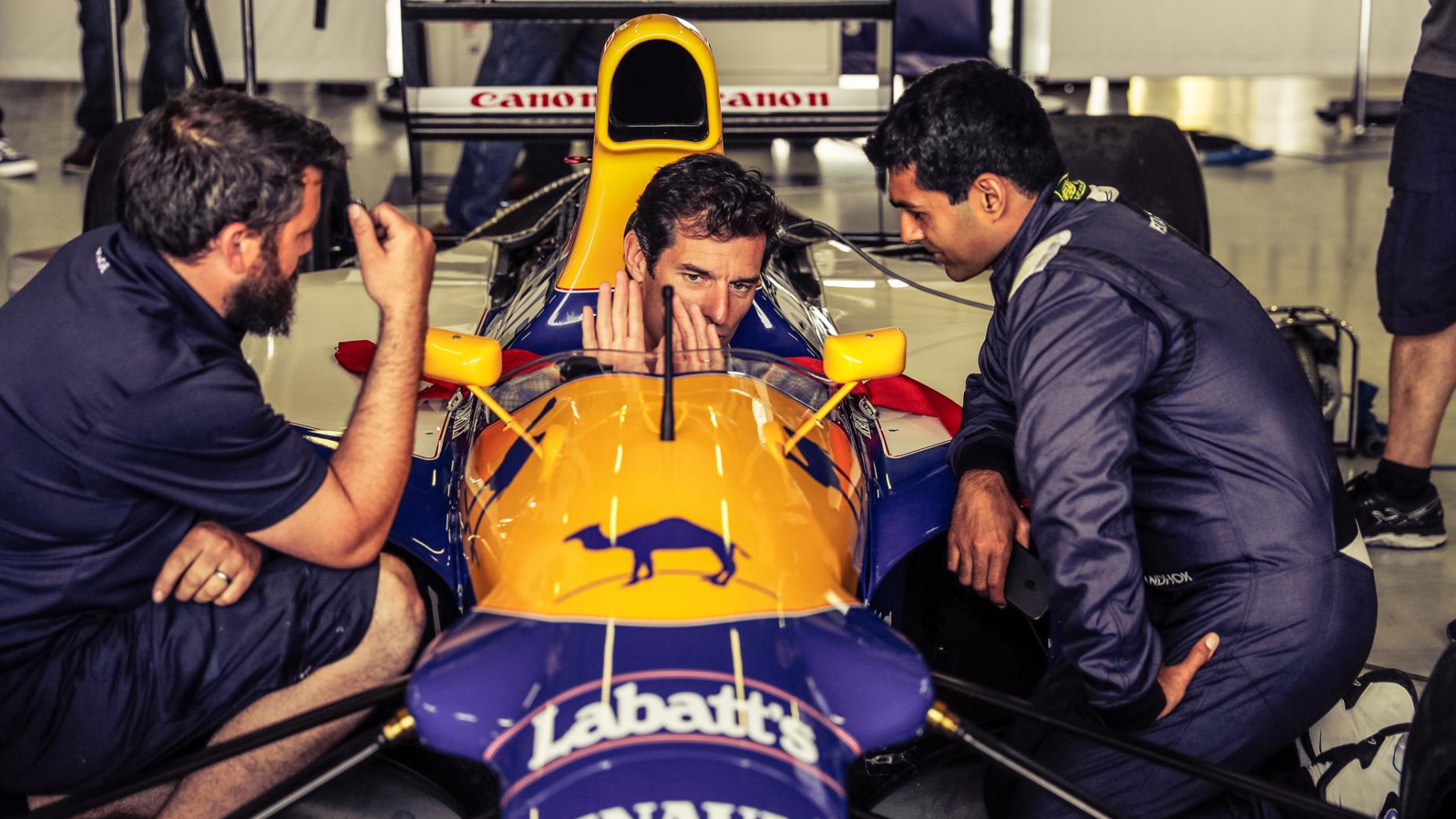 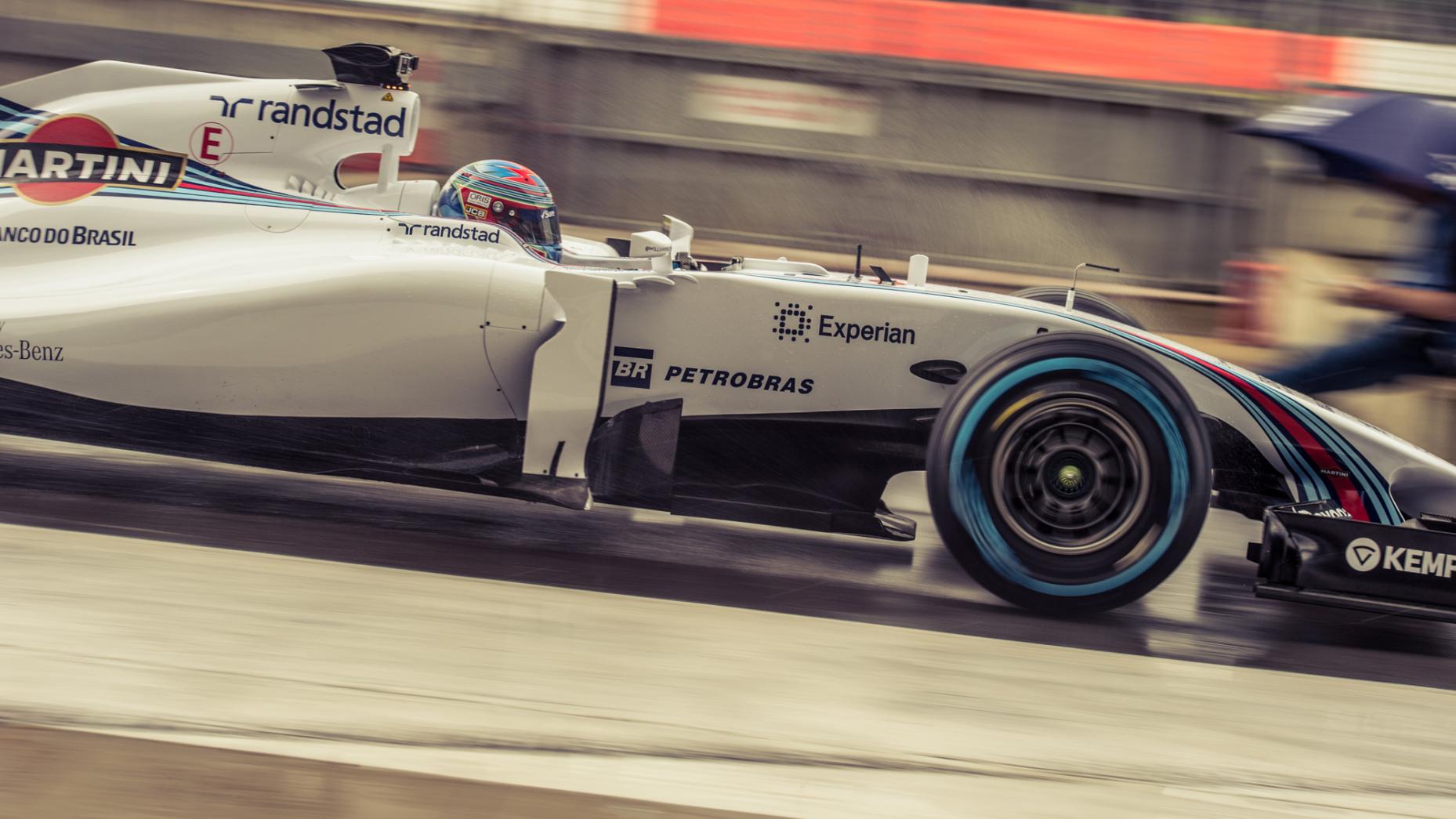 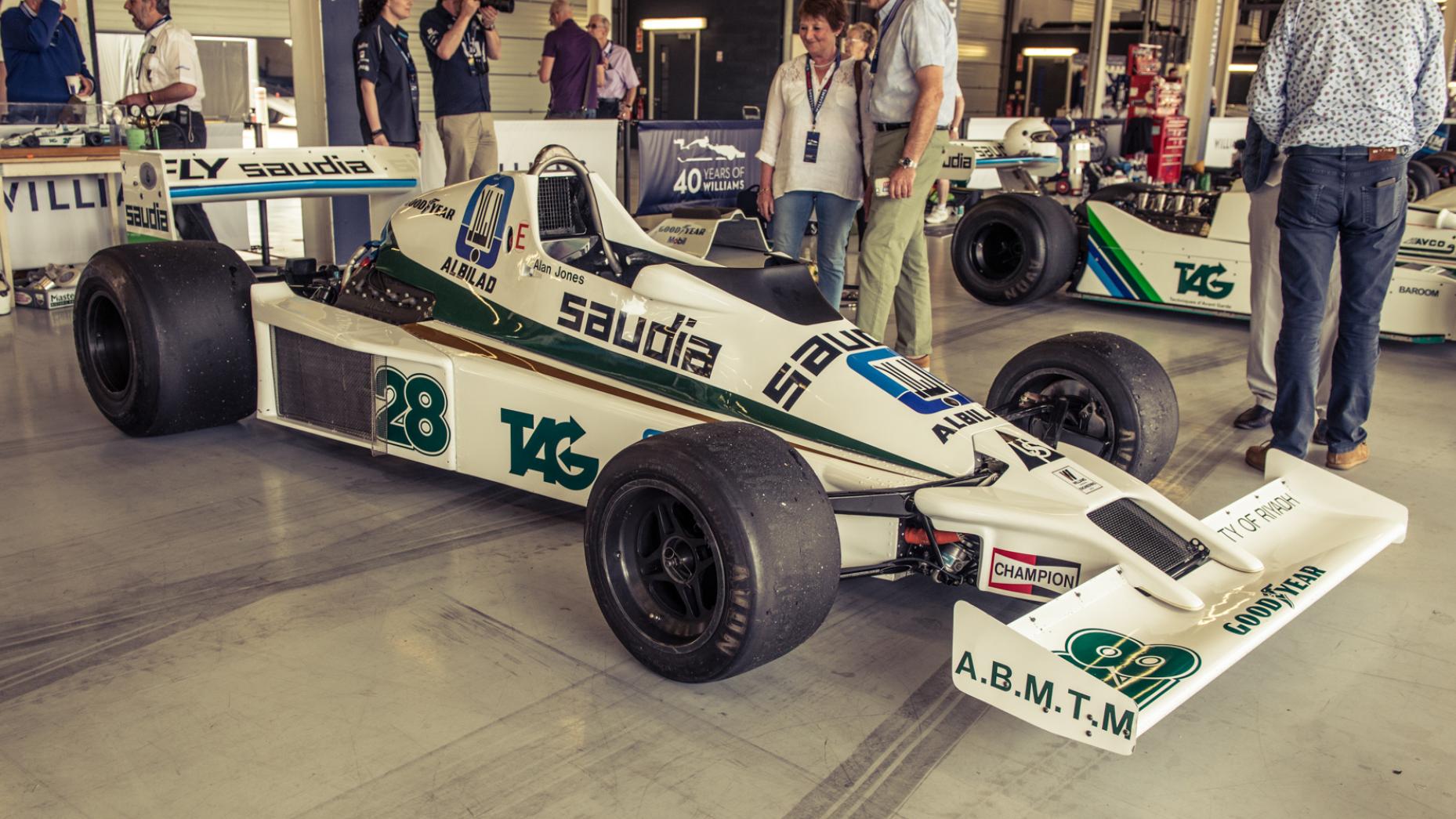 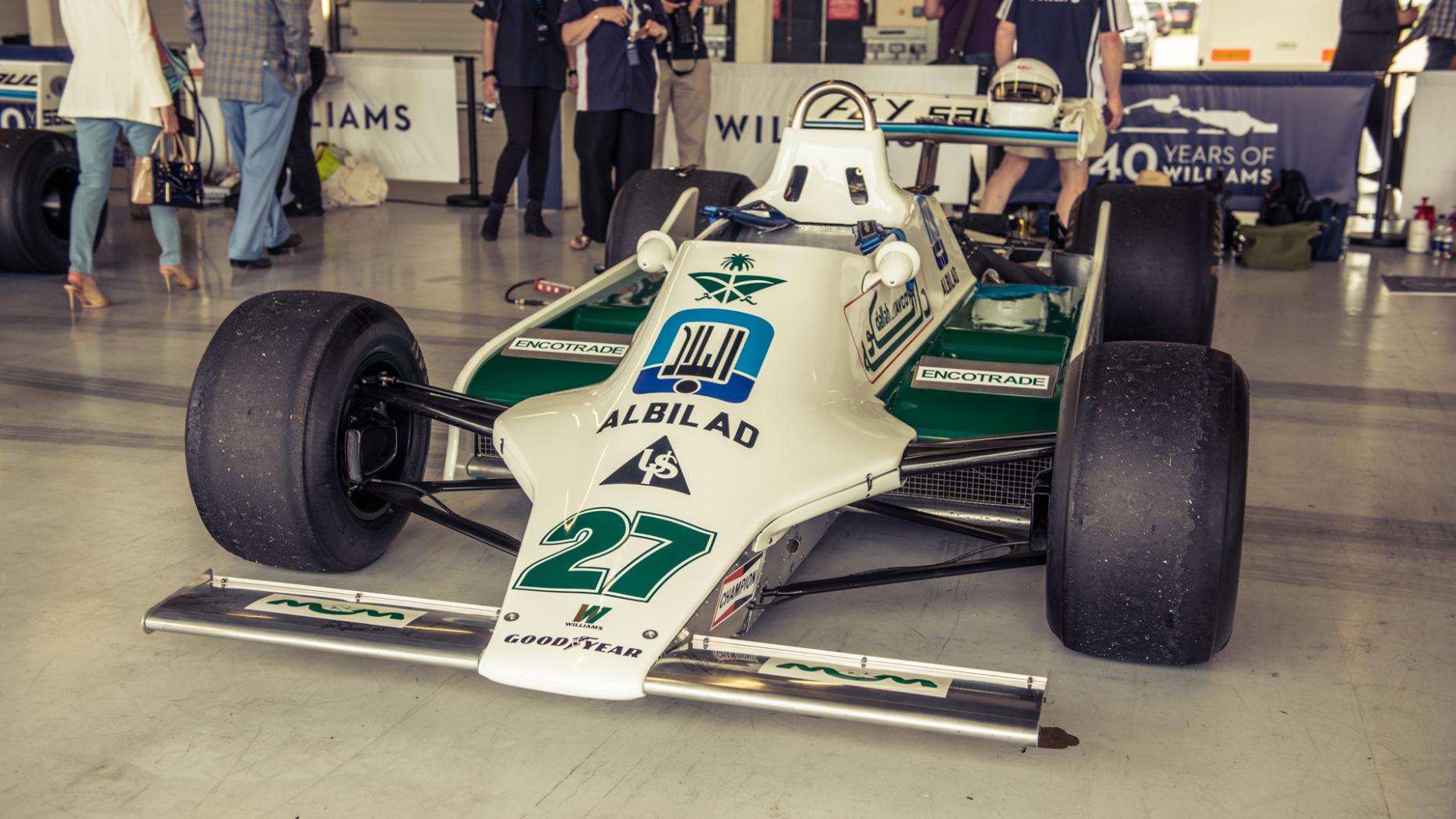 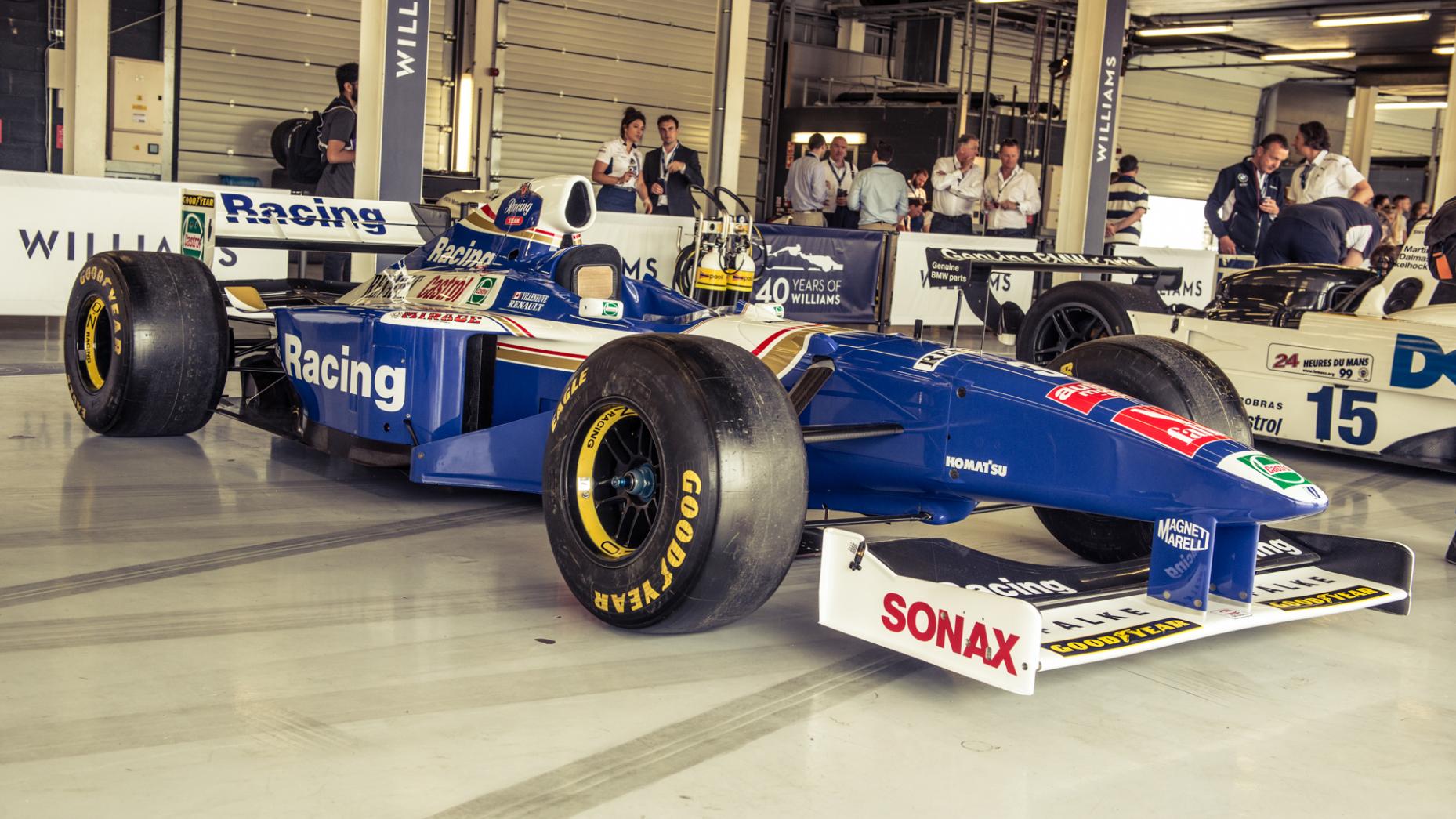 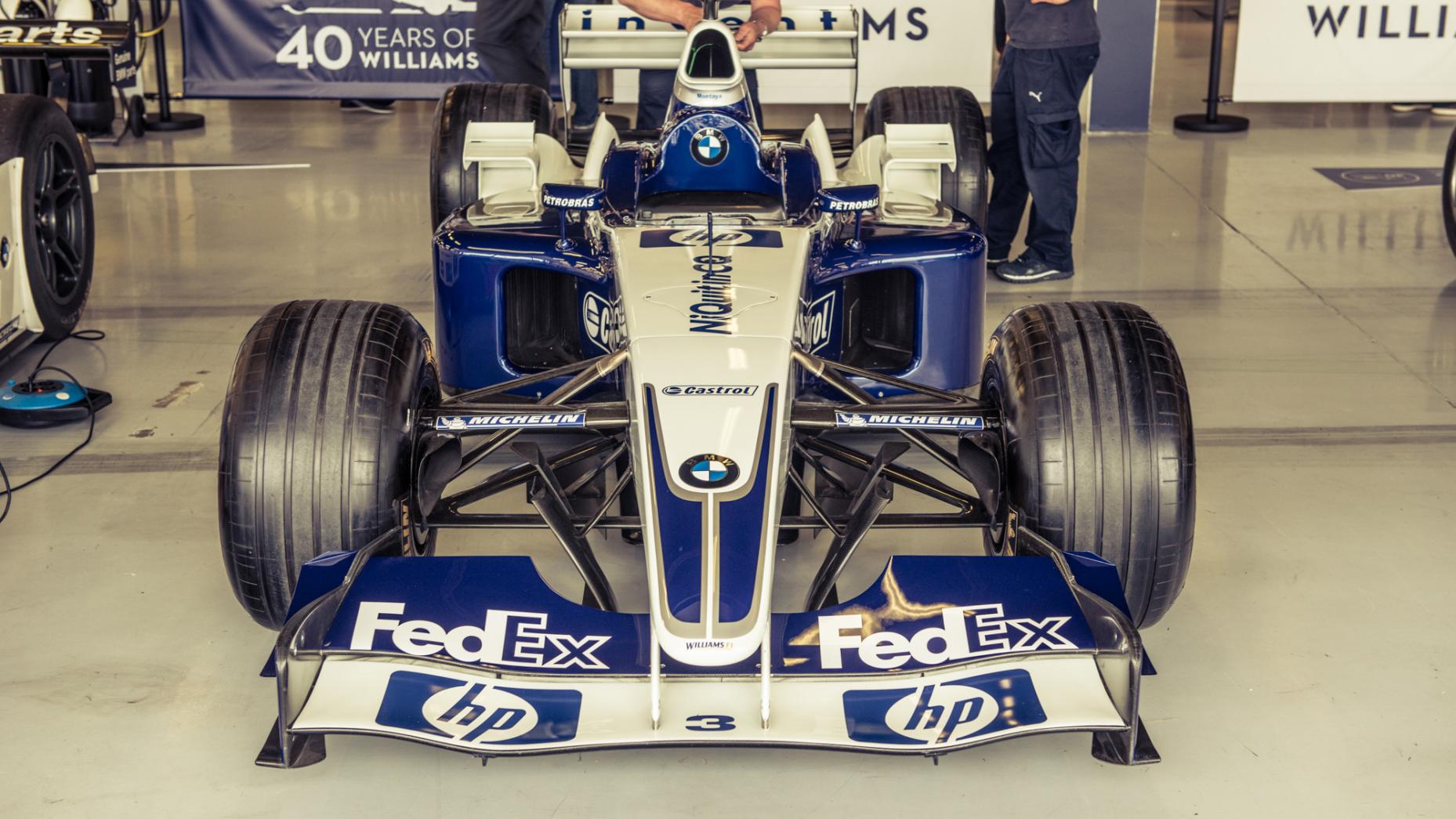 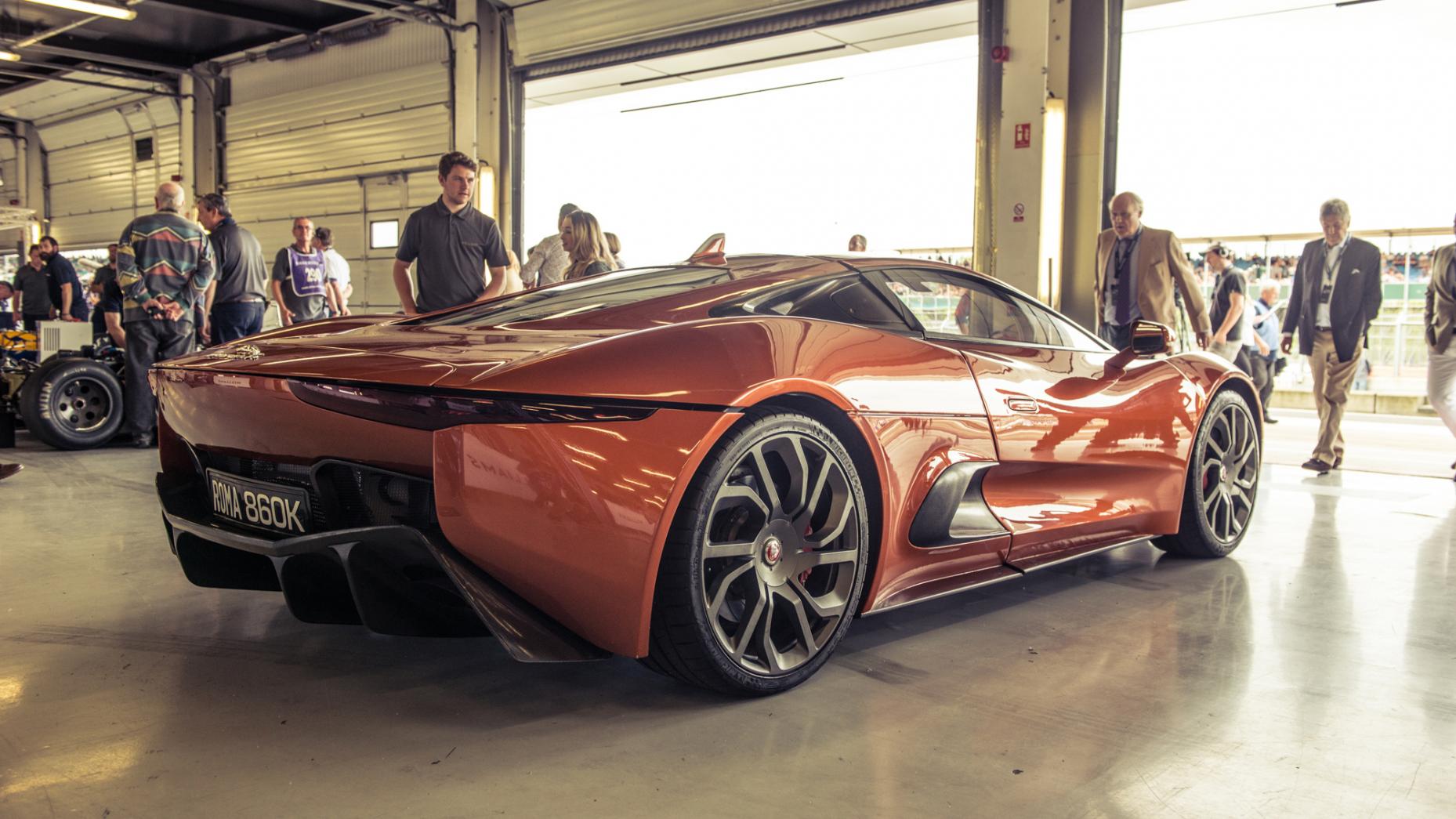 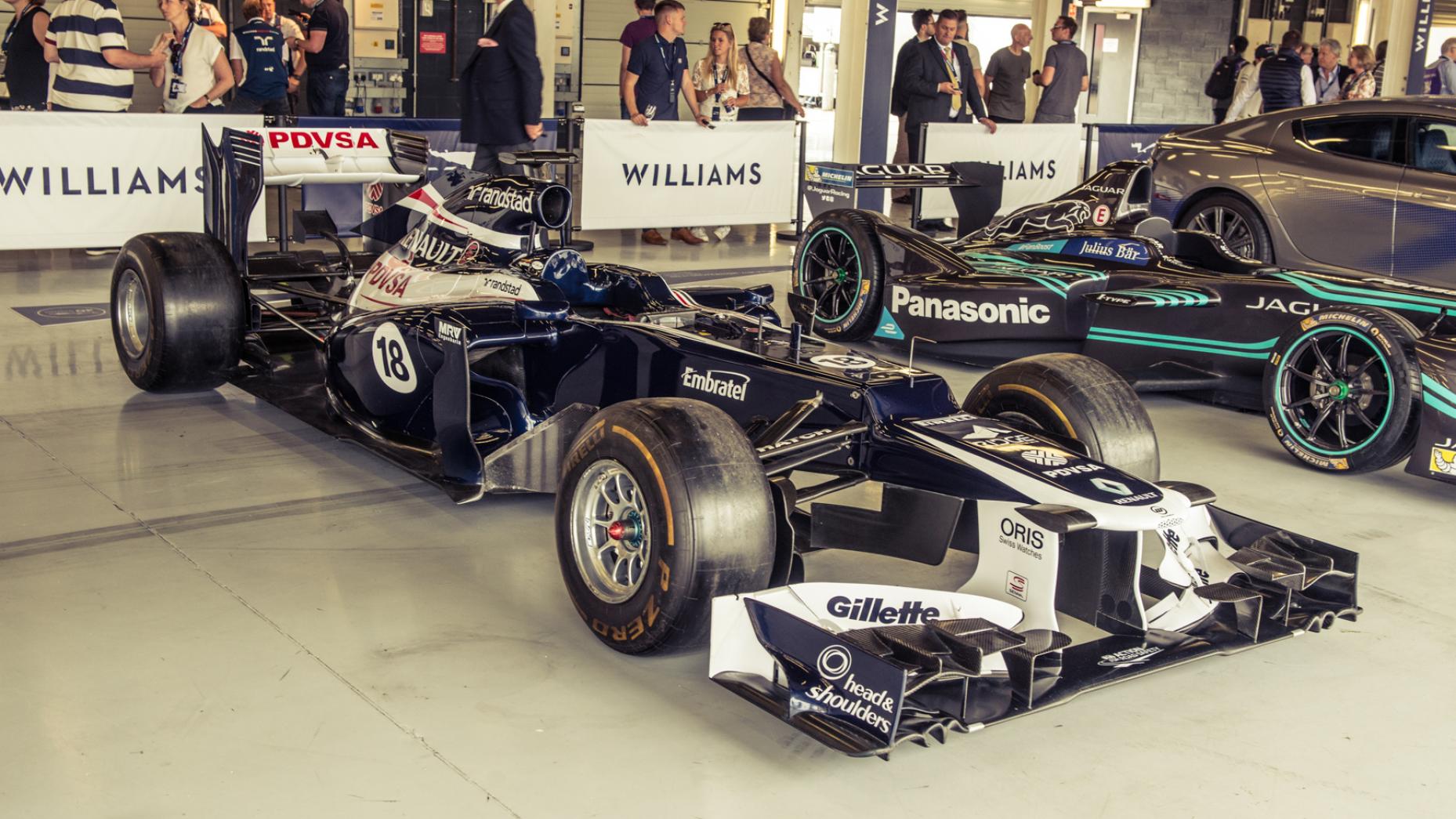 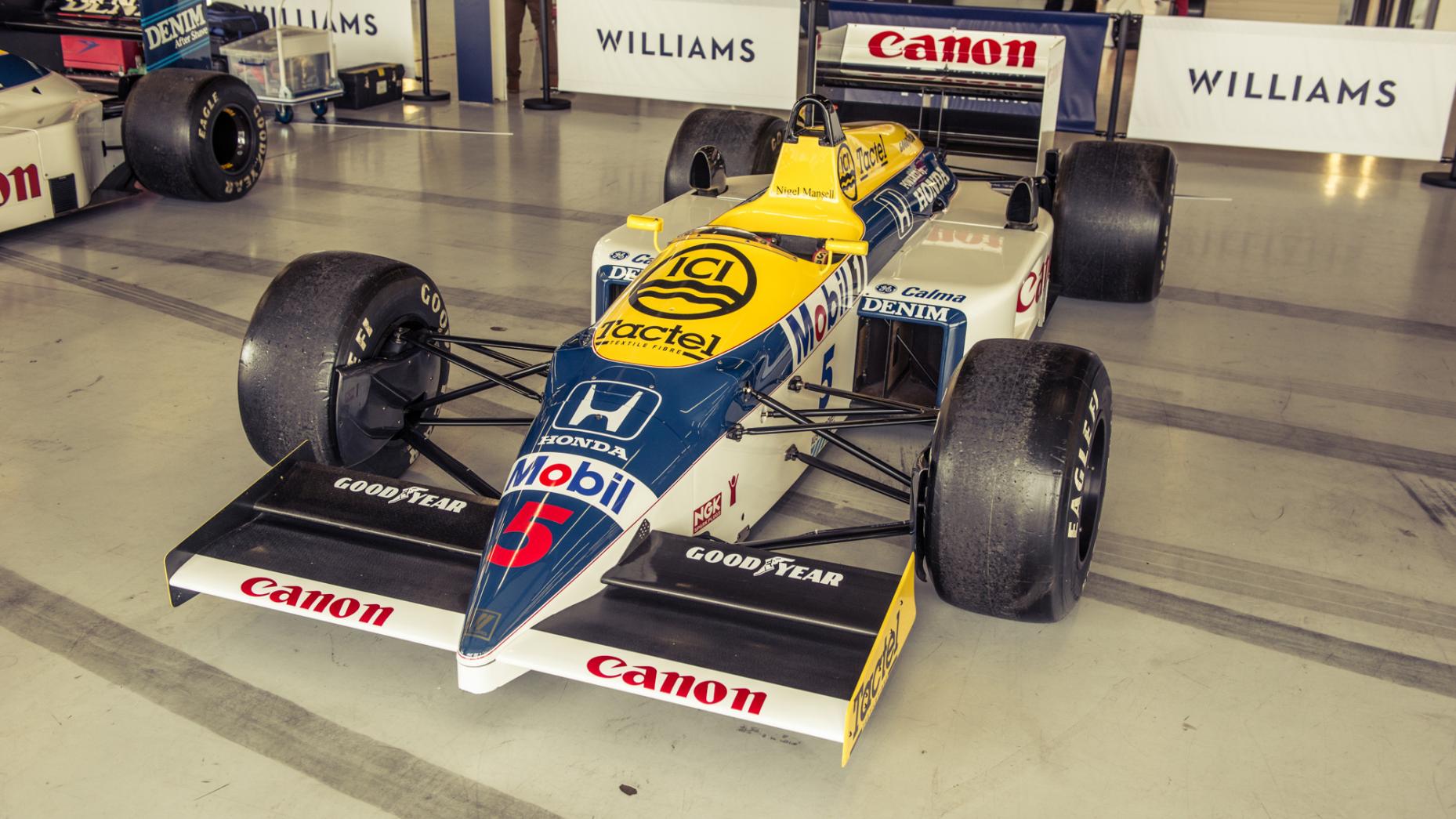 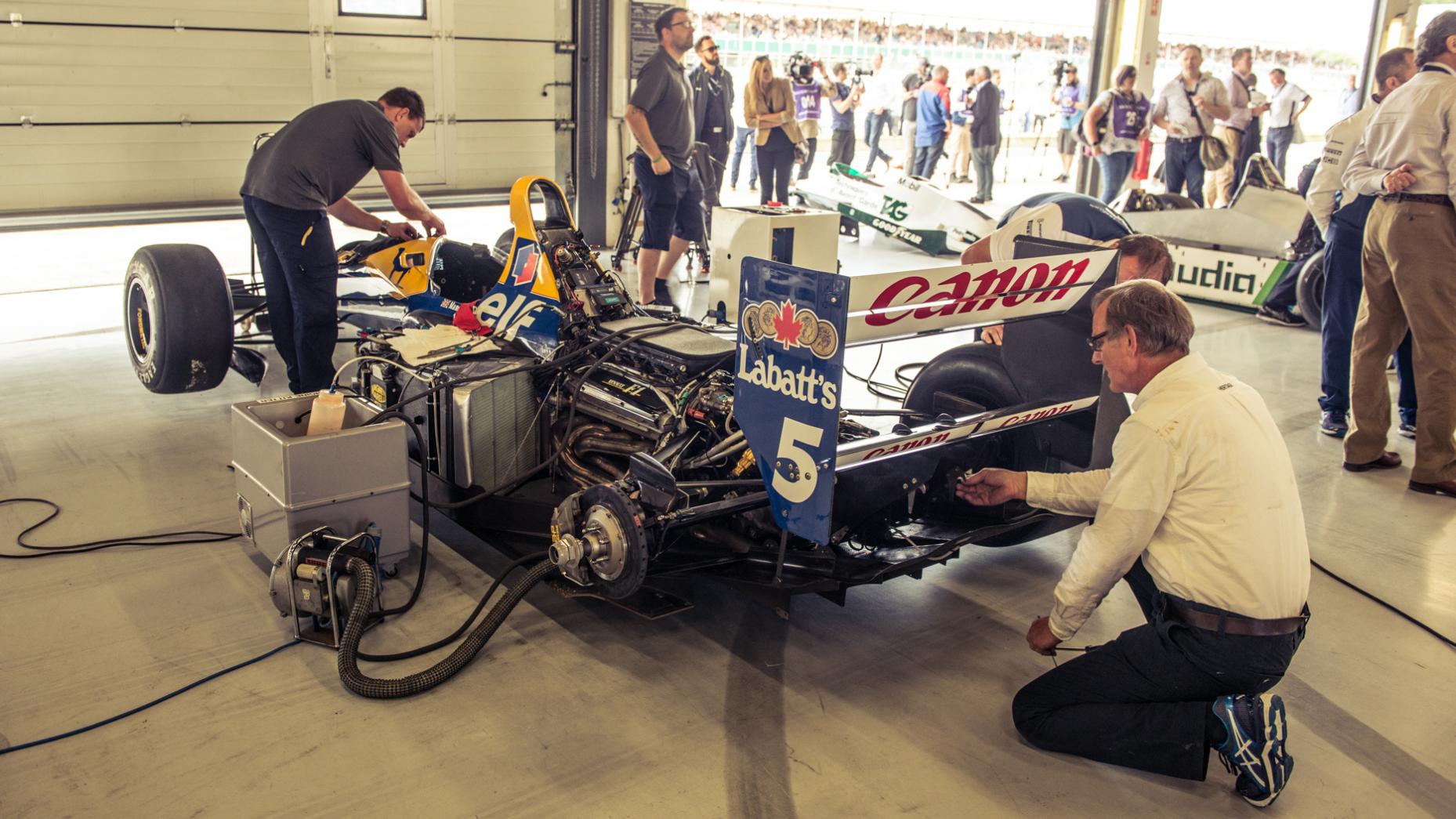 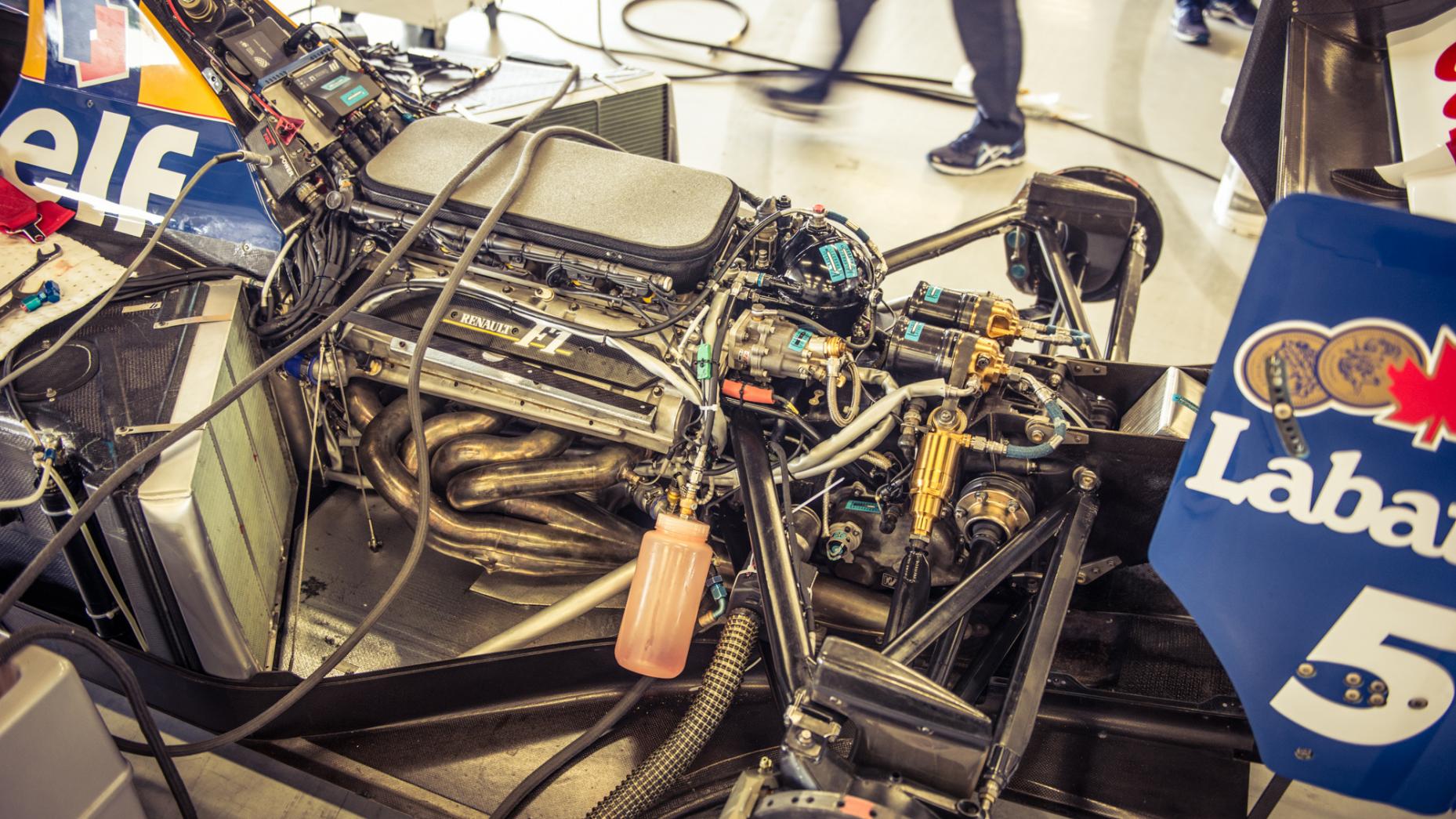 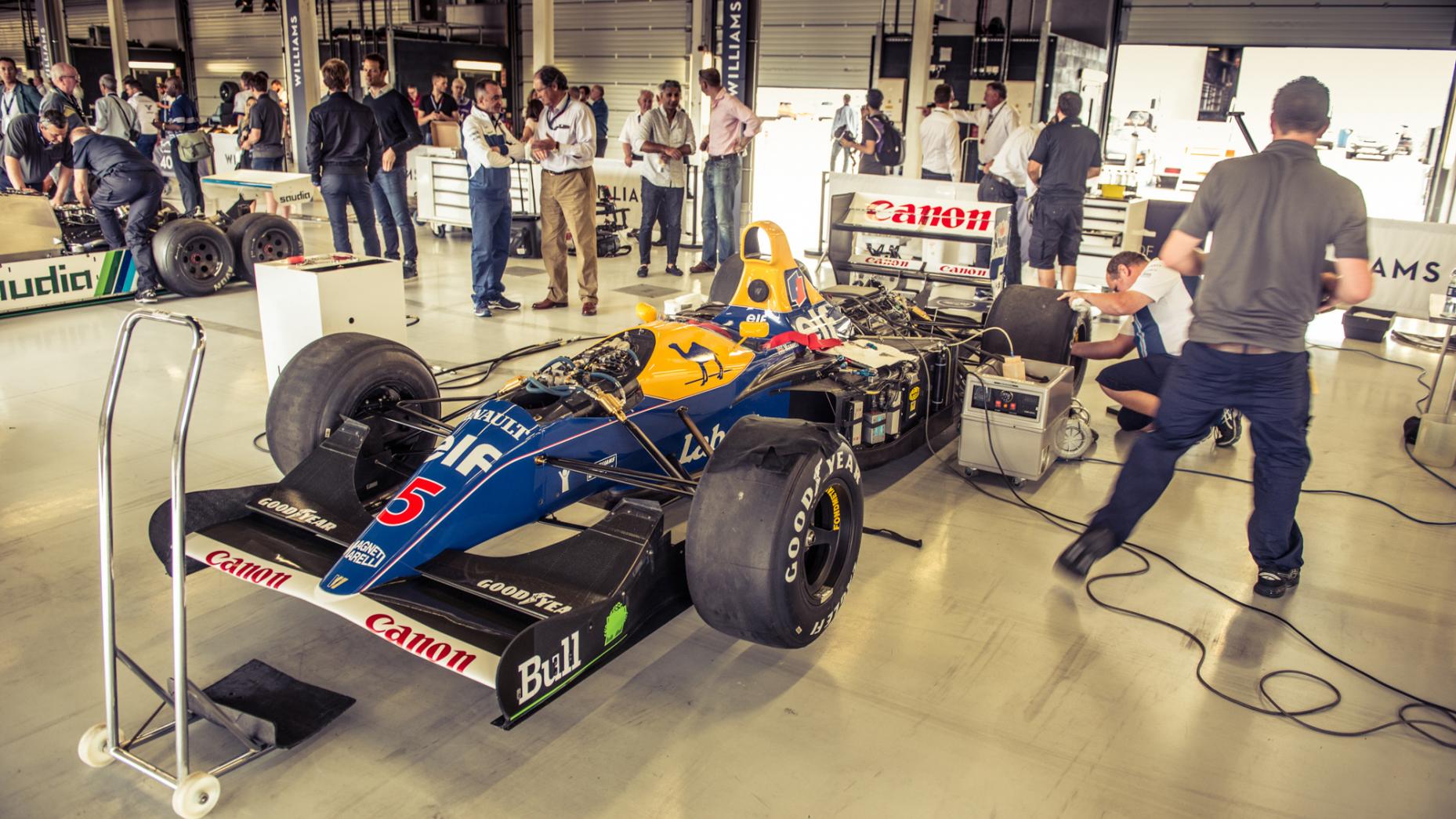 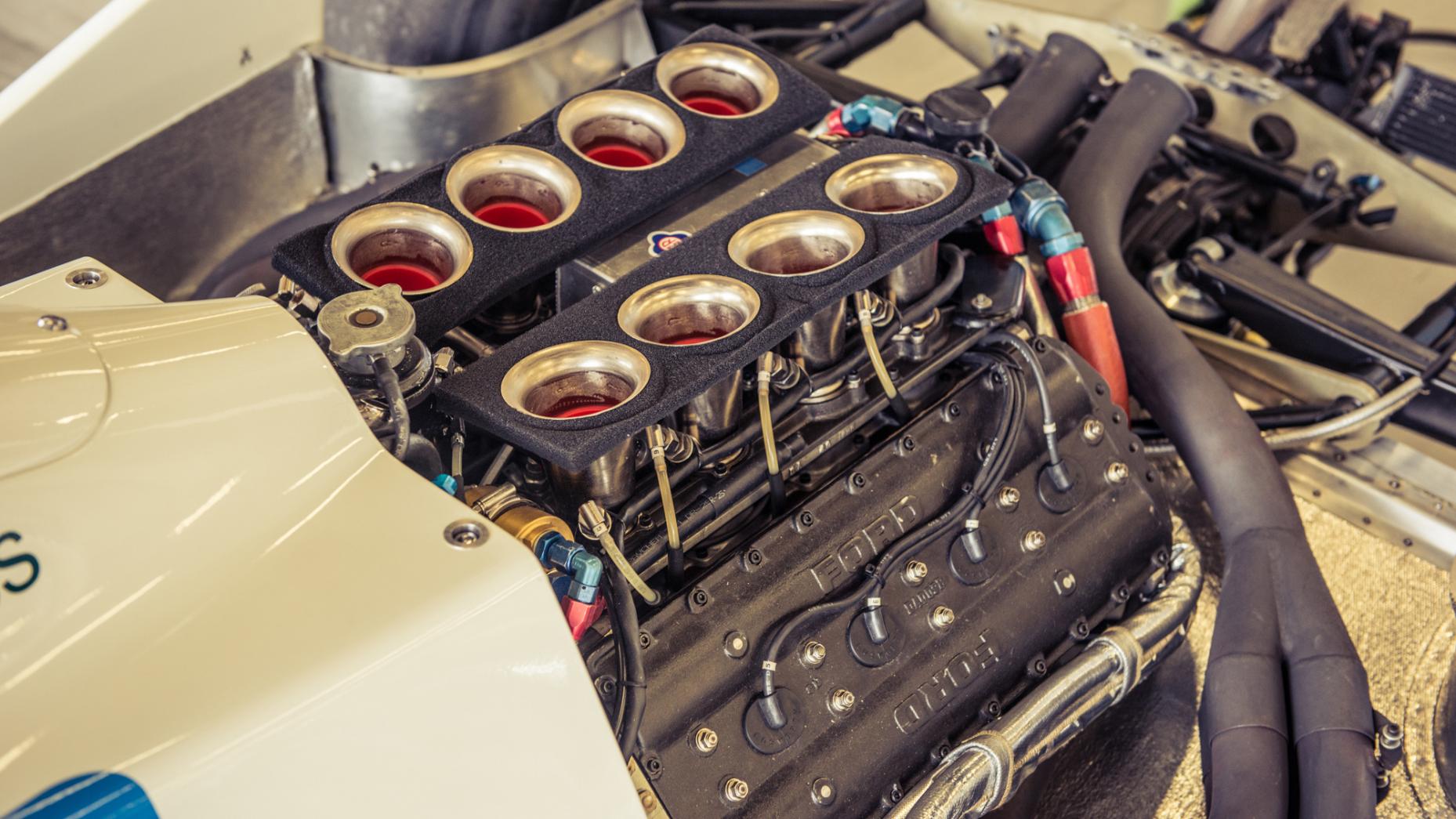 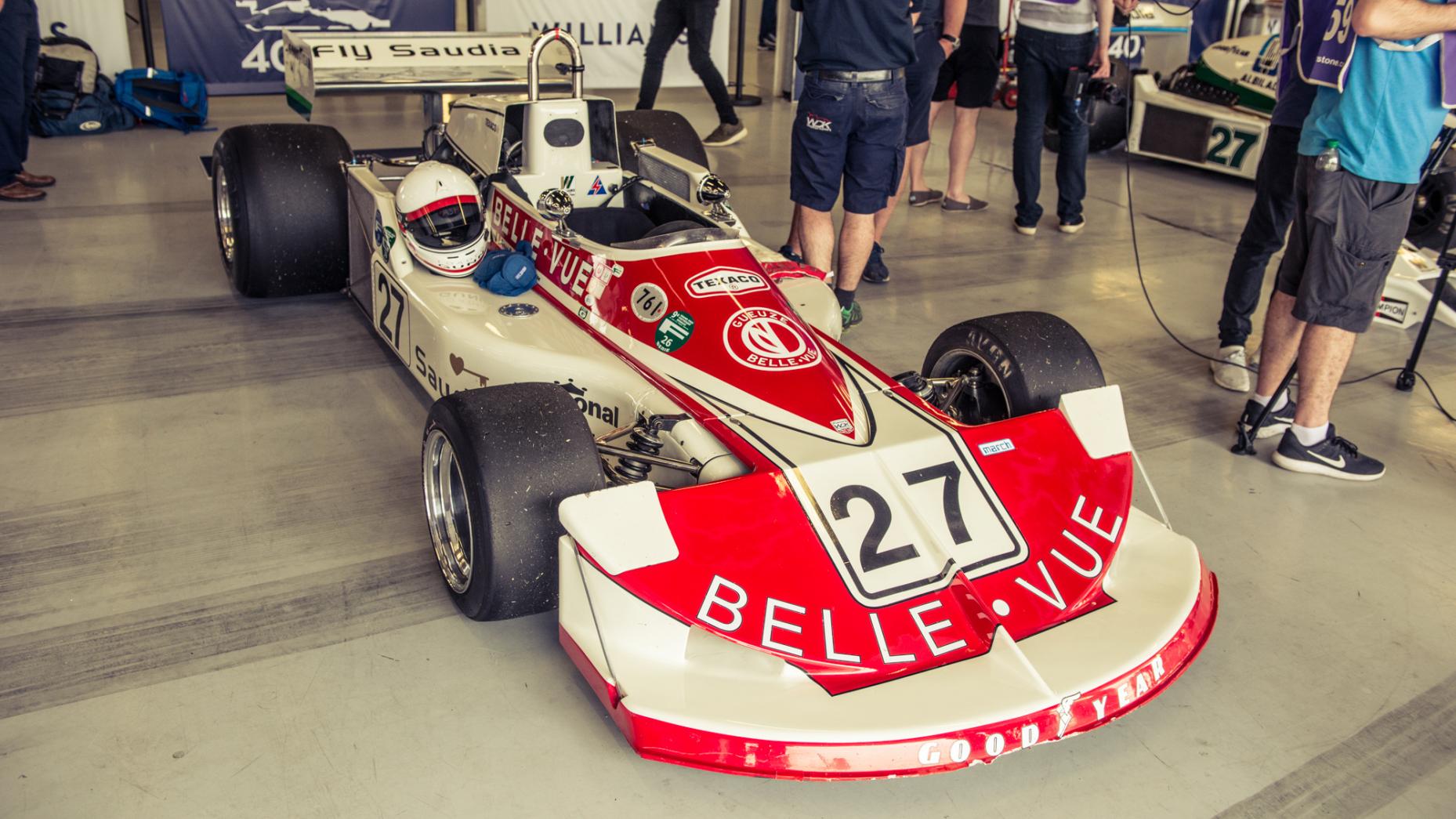 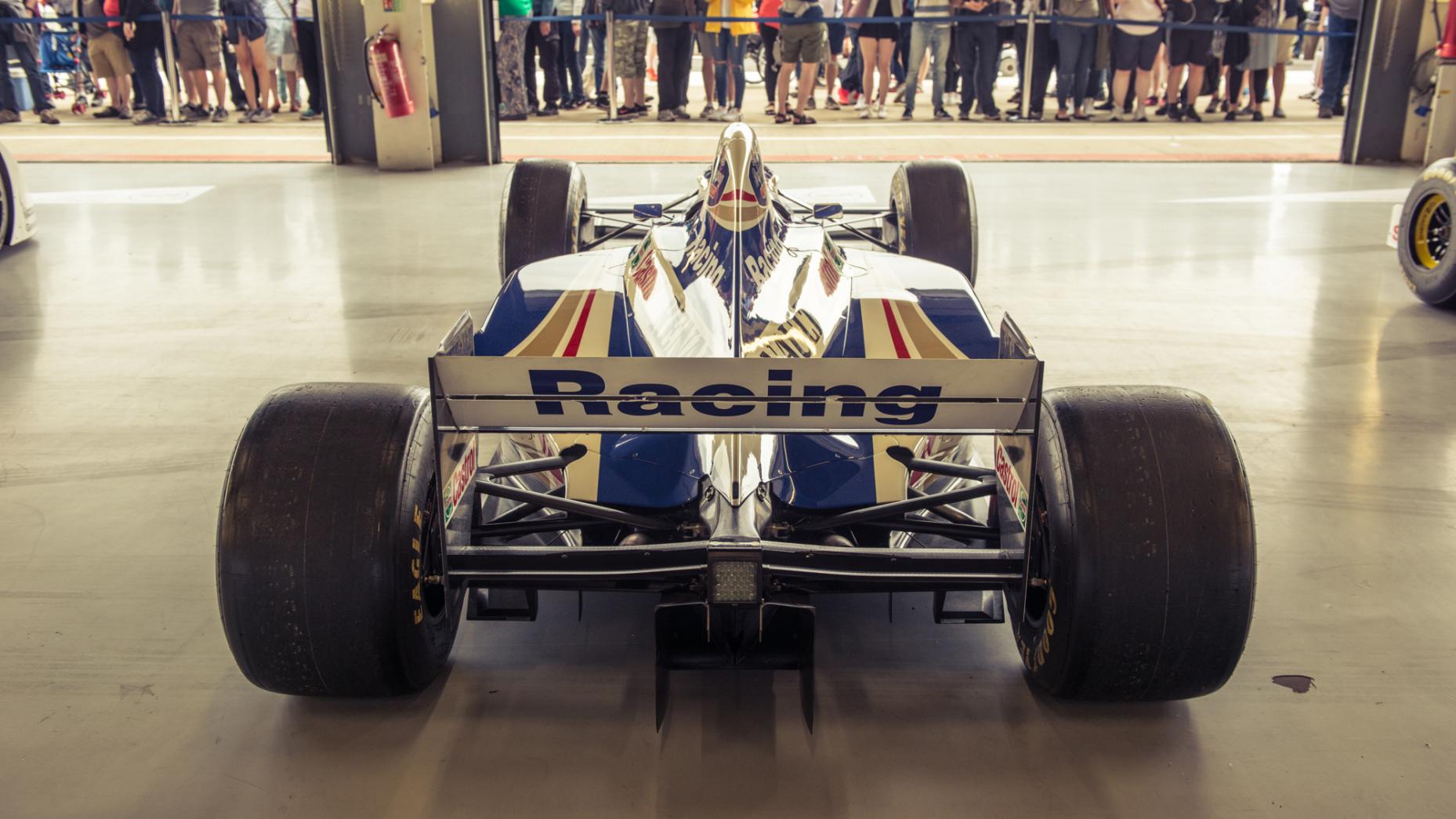 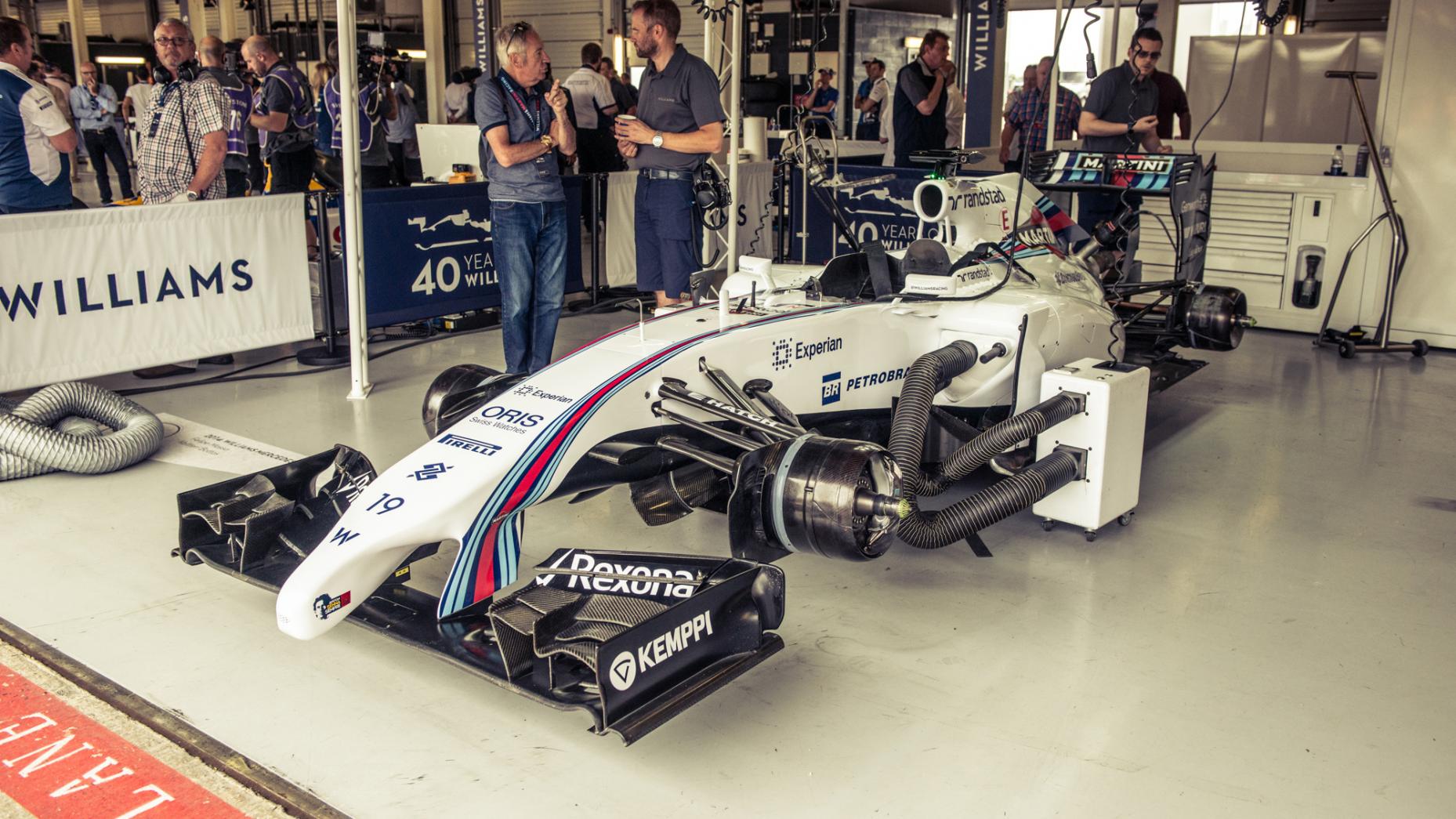 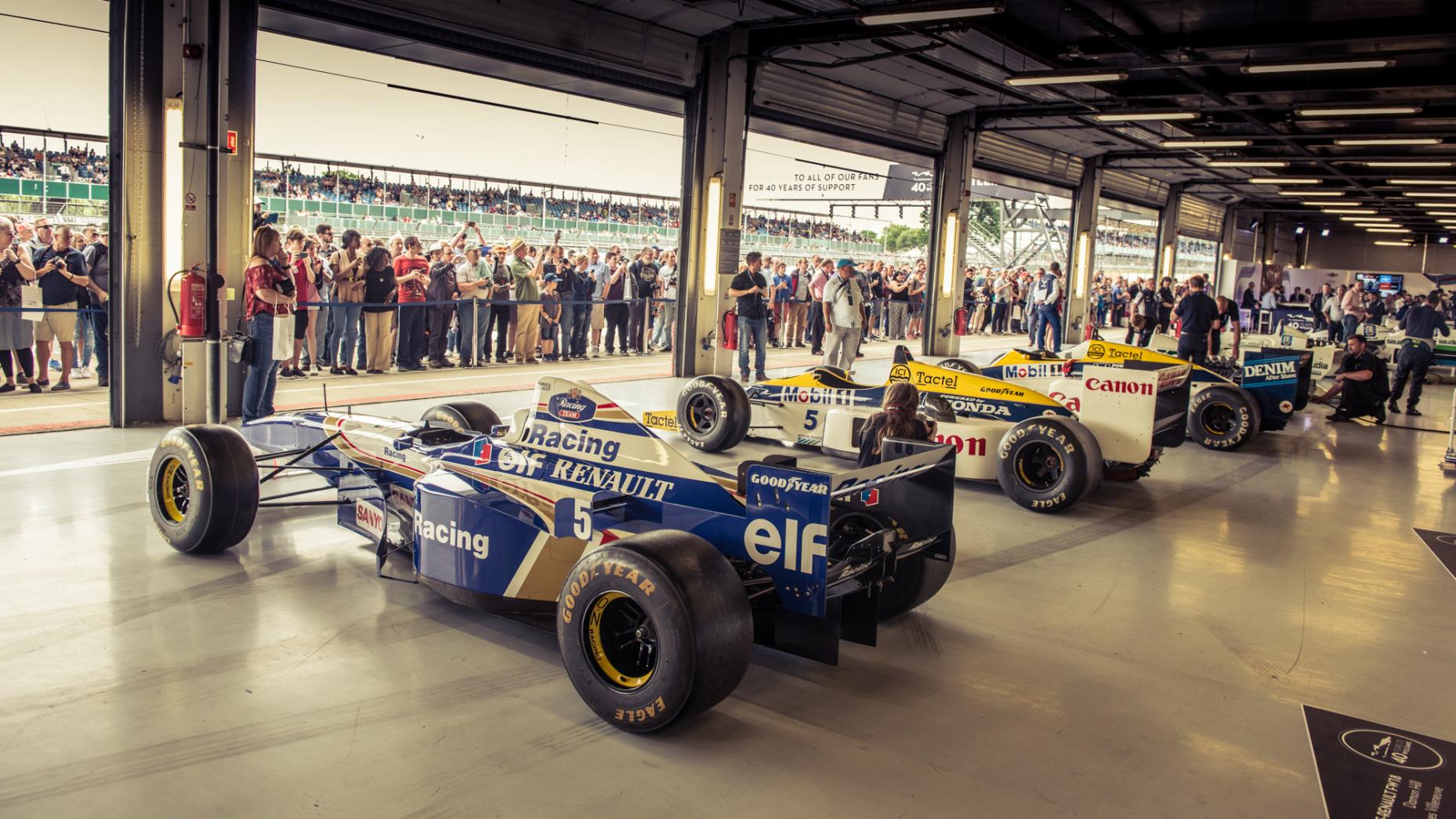 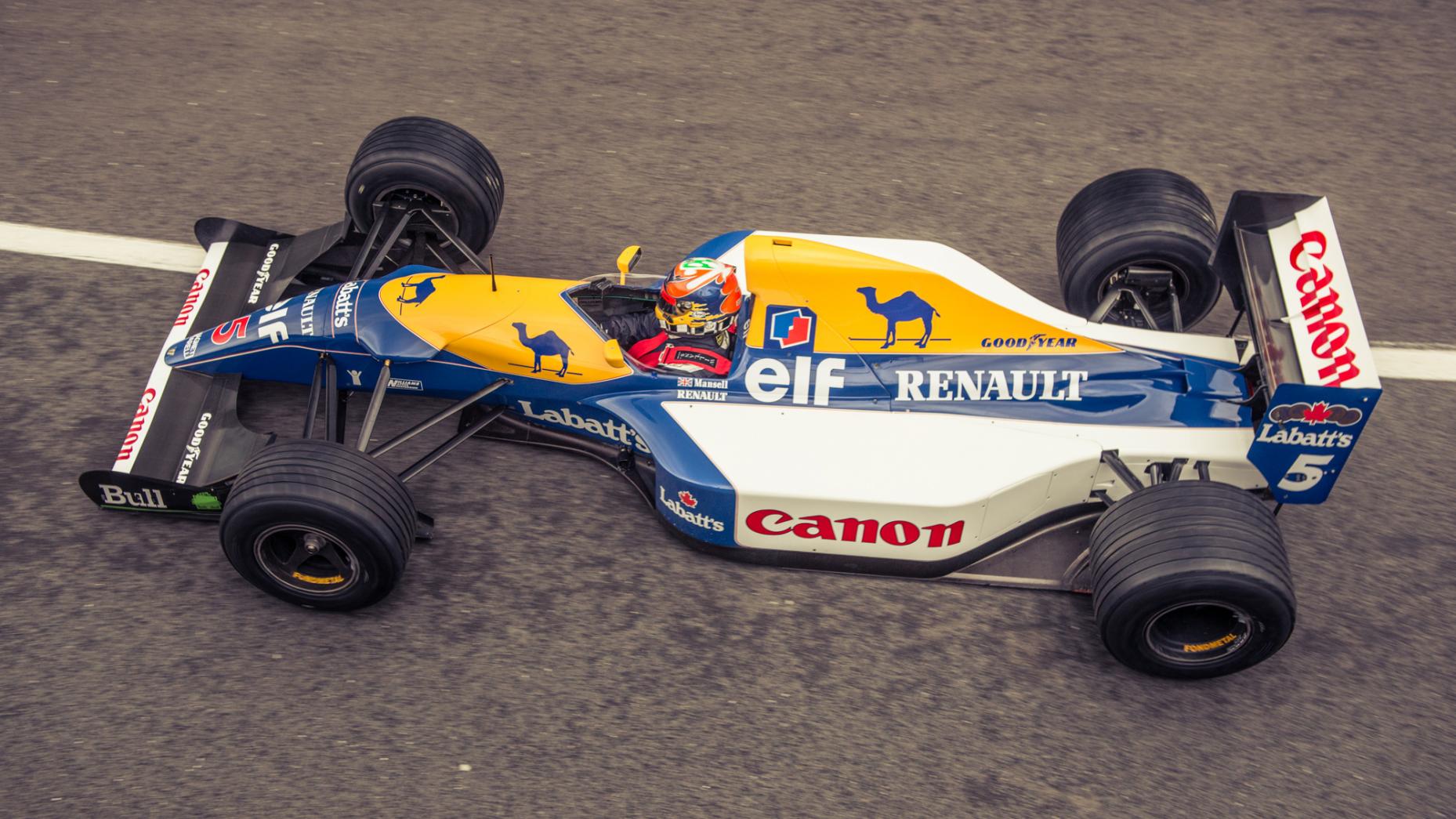 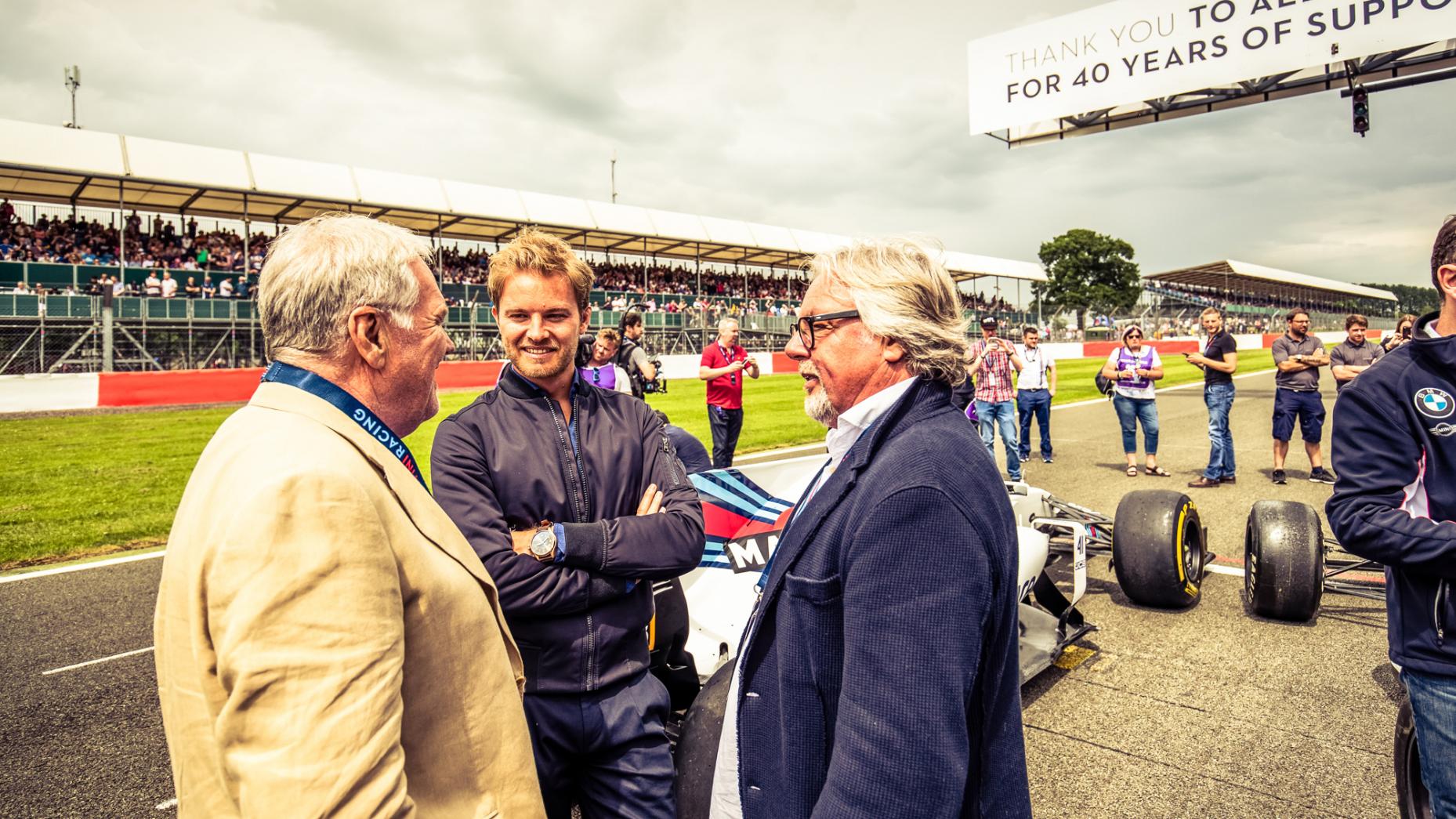 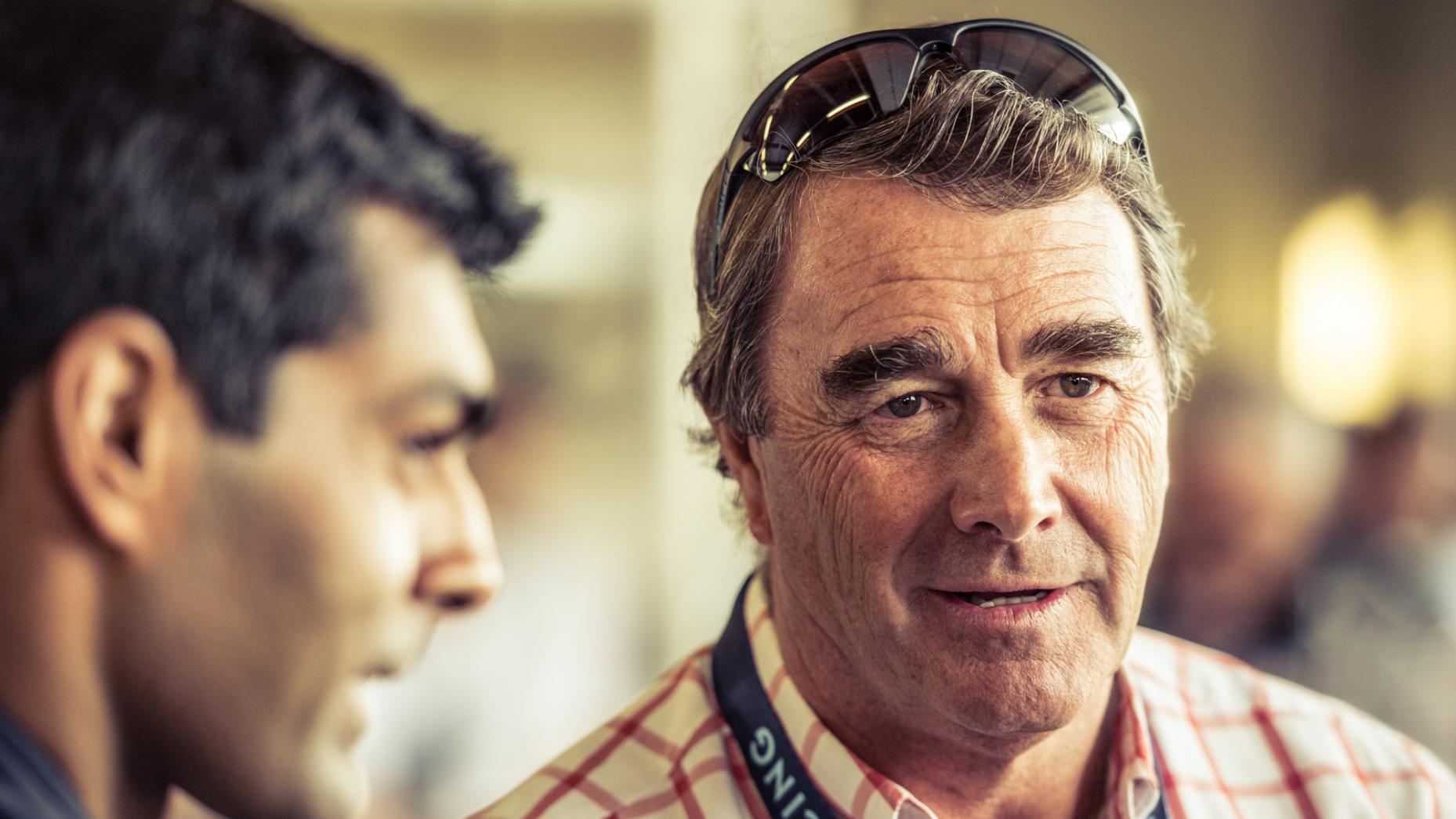 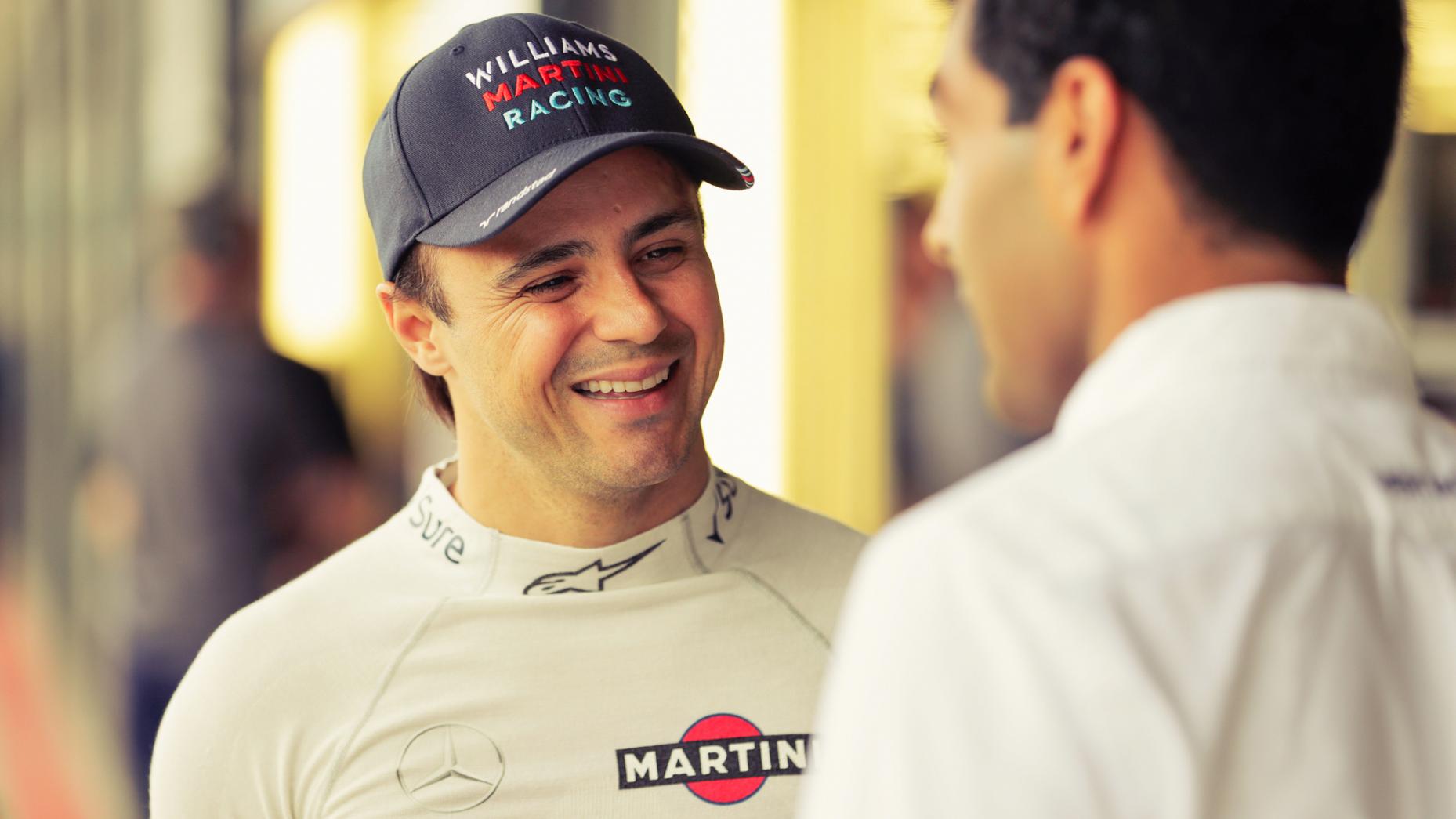